Happy Thursday! Or Friday, depending on your point of view. Seen what's on my humor blog recently? This past week has included a lot of Alley Oop, is what. Posted since last wek this time have been:

Back to the Keweenaw Peninsula, summer 2018, and what happened after we finished touring the mine. 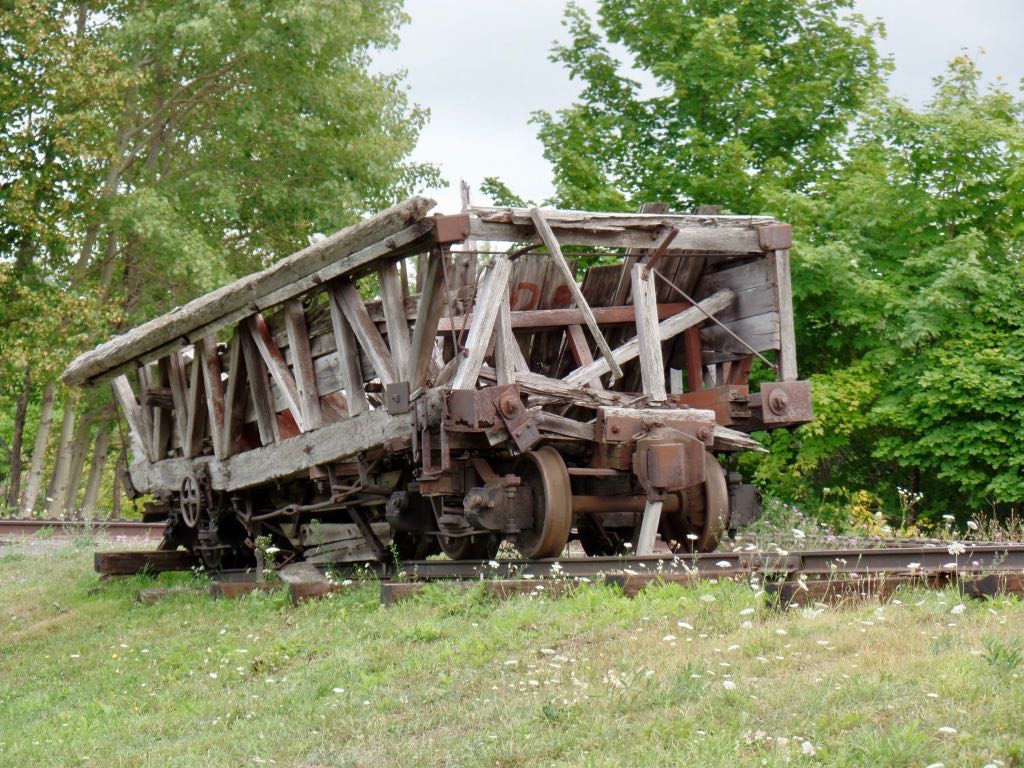 Industrial ruins; the remains of a wooden ore car; I'm not sure how much of the apparent lean was a concession to the thing needing to go along steep hills and how much was just the car collapsing of age. 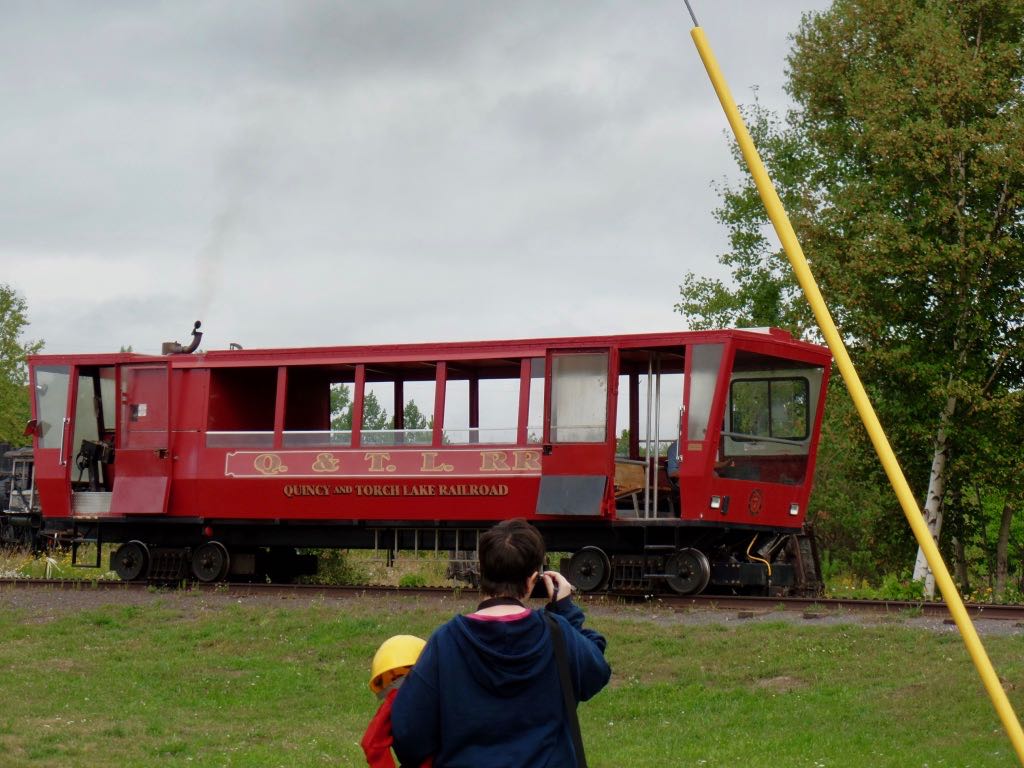 Oh, and there's the car used to get from the hoist house down to the aid. There's a control station on both ends of the car. 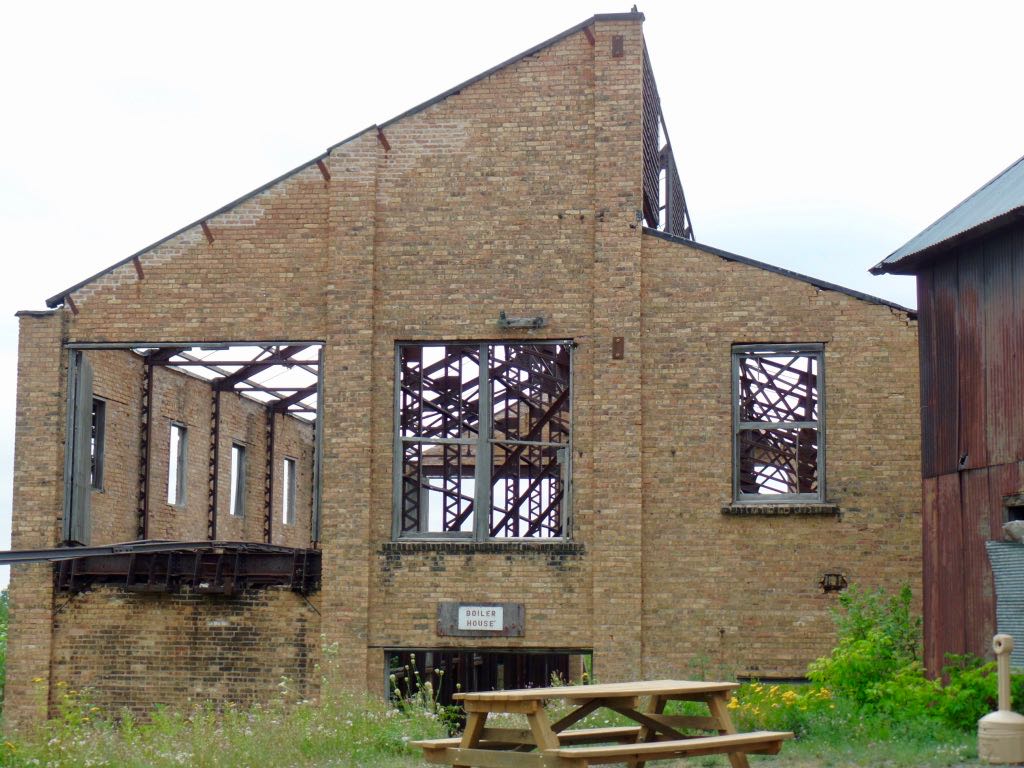 The old boiler house, which has lost pretty much everything but a heap of bricks. It's roped off just in case you want to be a teenager and go past something roped off into a barely-remaining building. 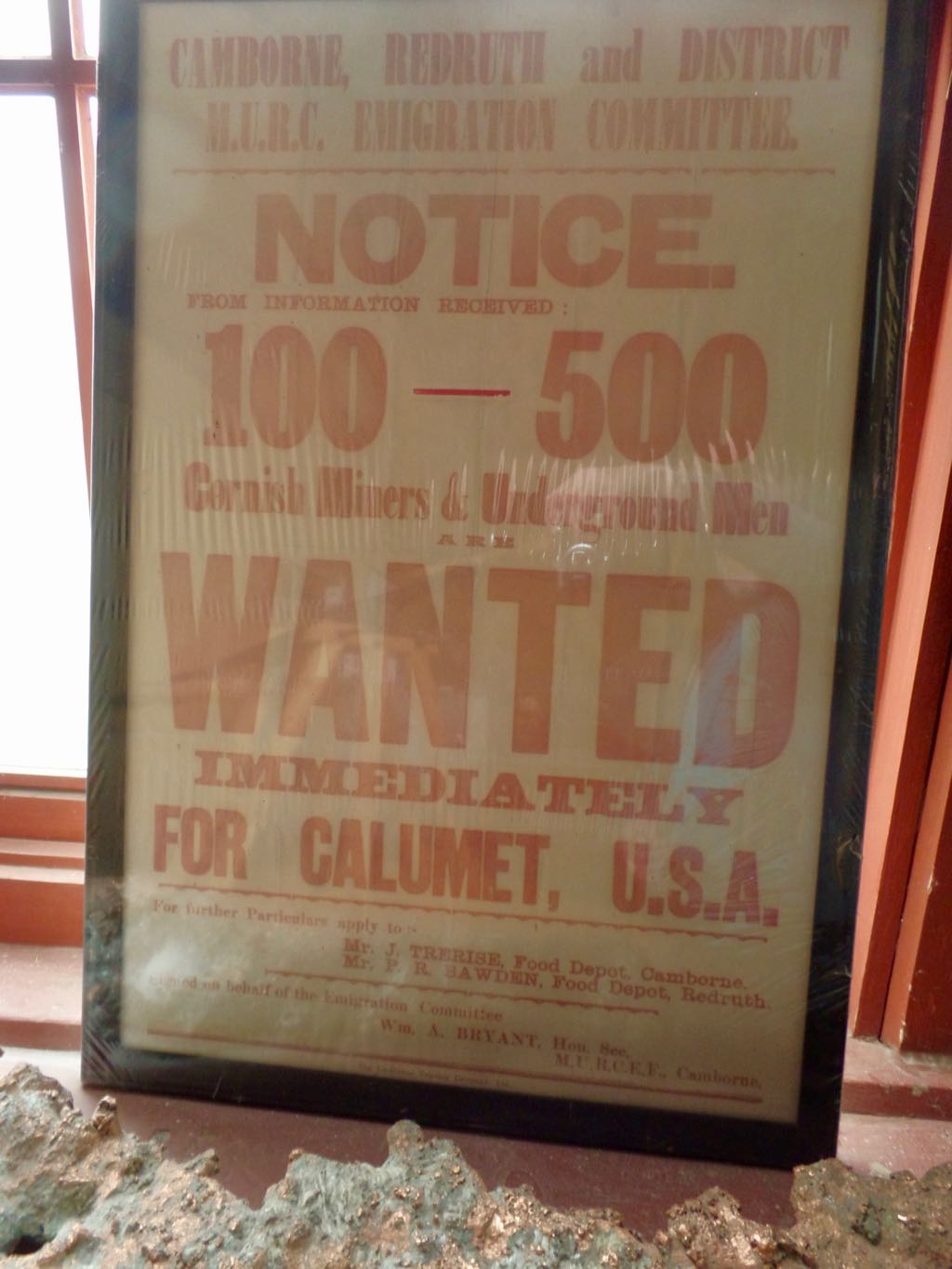 Into the welcome center and gift shop and more museum: here's an employment poster as sent to Cornwall, England. A lot of miners came over from there, which is how words like ``adit'' and concepts like pasties got into the upper peninsula. 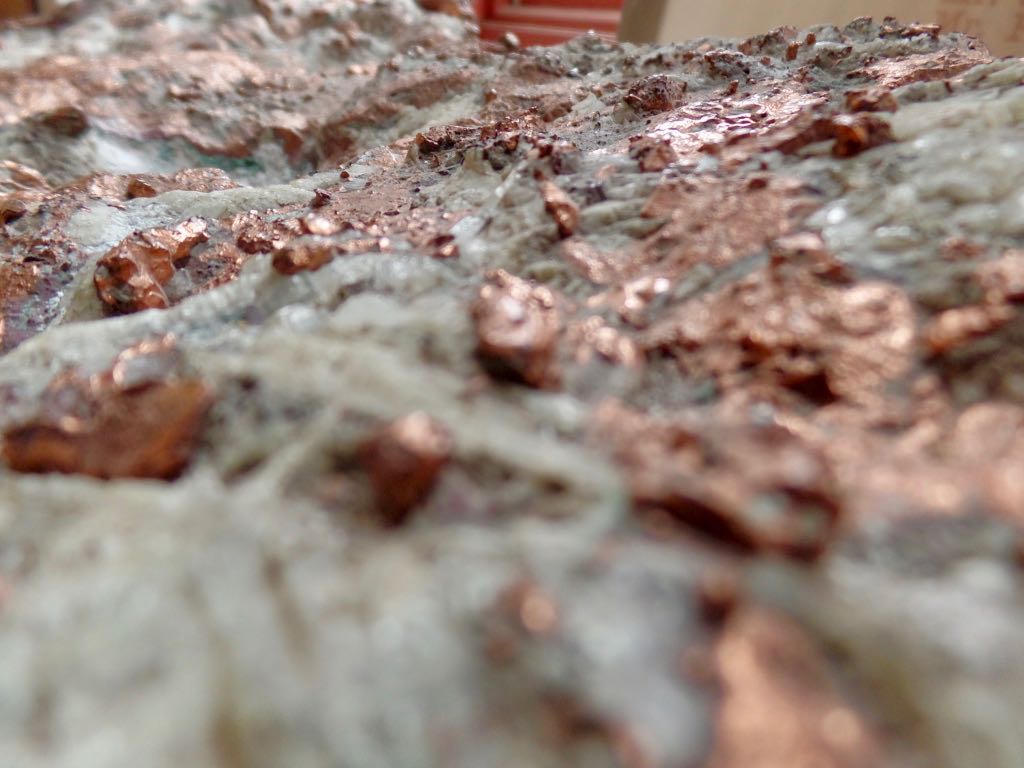 The poster was sitting in front of a boulder of unprocessed copper ore. Here's a picture of the surface of that ore from up close and looking like a moonscape. 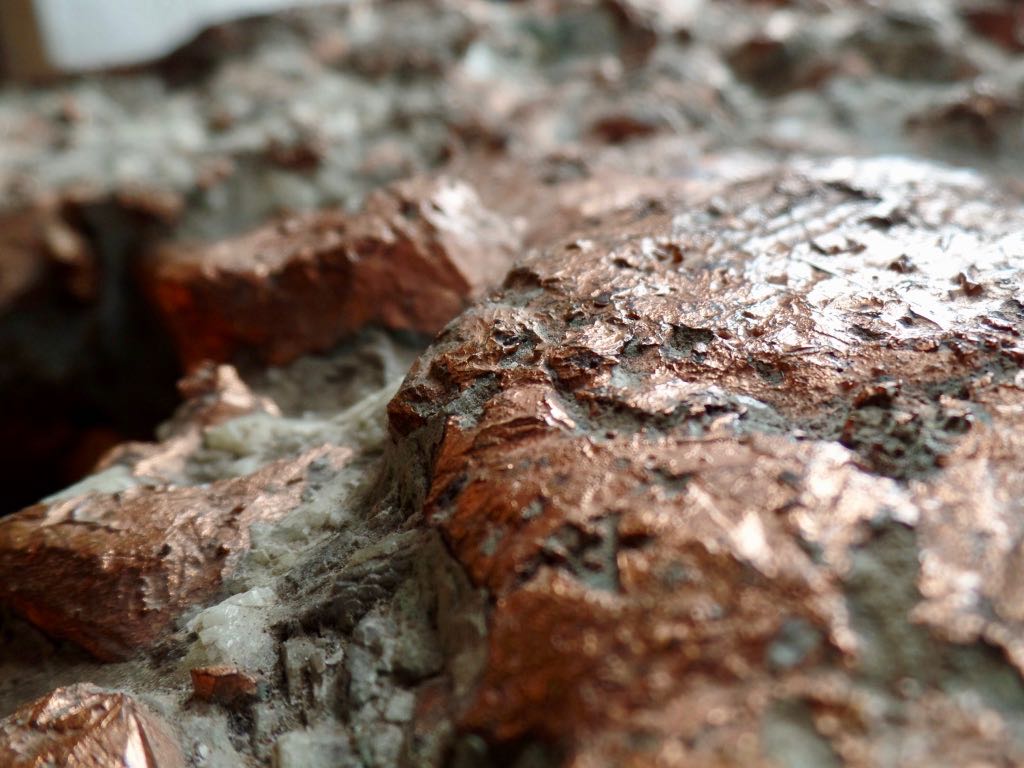 Another moonscape photograph of that same piece of raw copper ore. 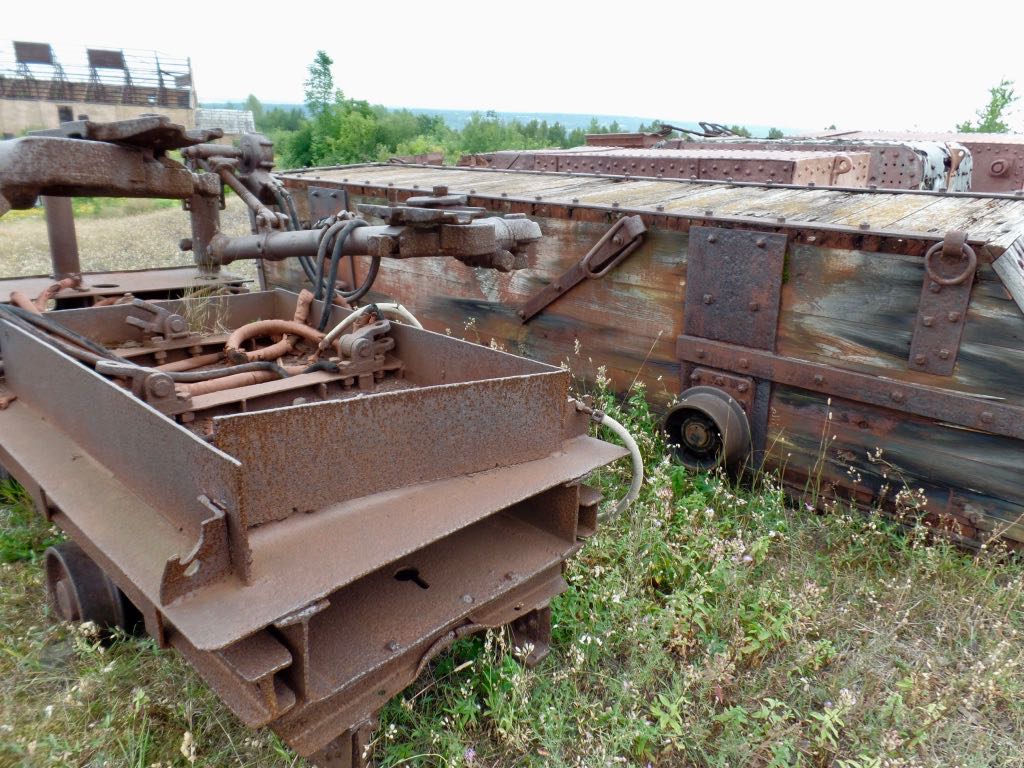 Going back outside to find more abandoned industrial hardware. 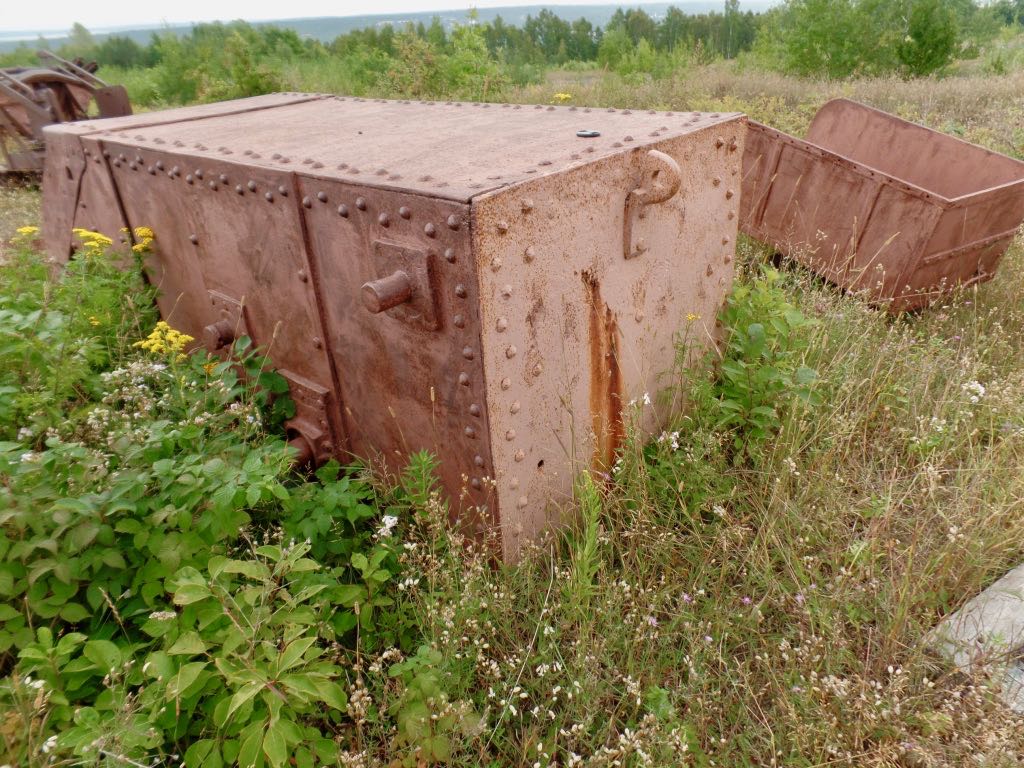 Metal boxes that I'm assuming served some role in the rockhouse. In the far distance you can see ... well, the hills behind Houghton. 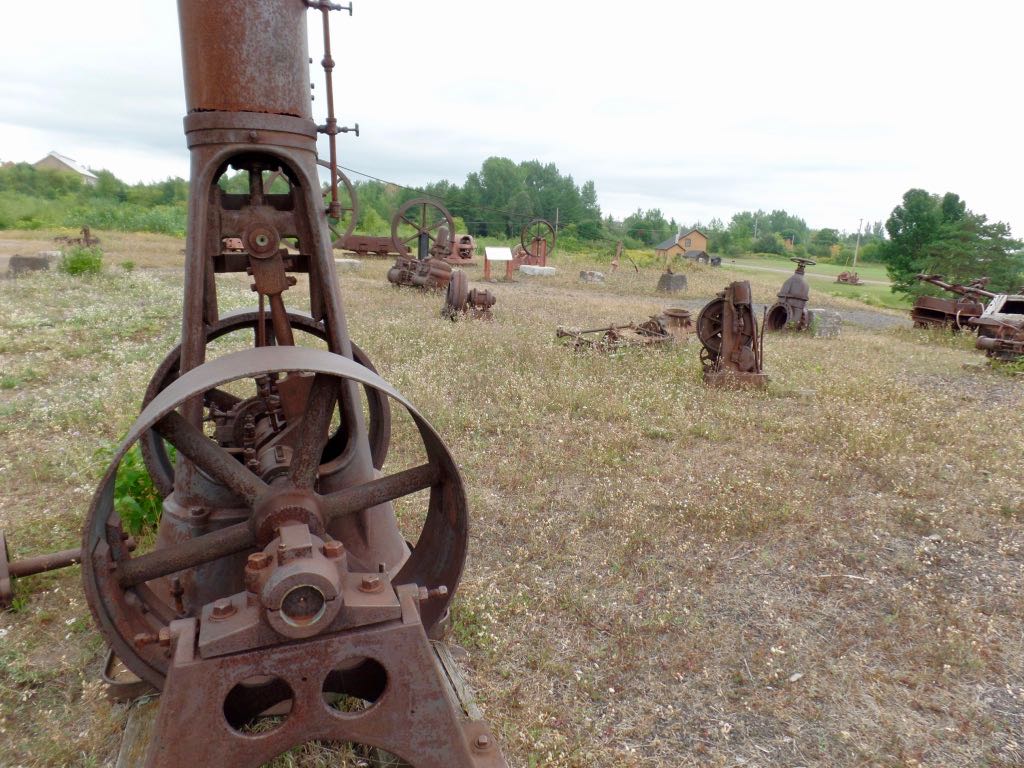 There do seem to be a lot of winches in the area. 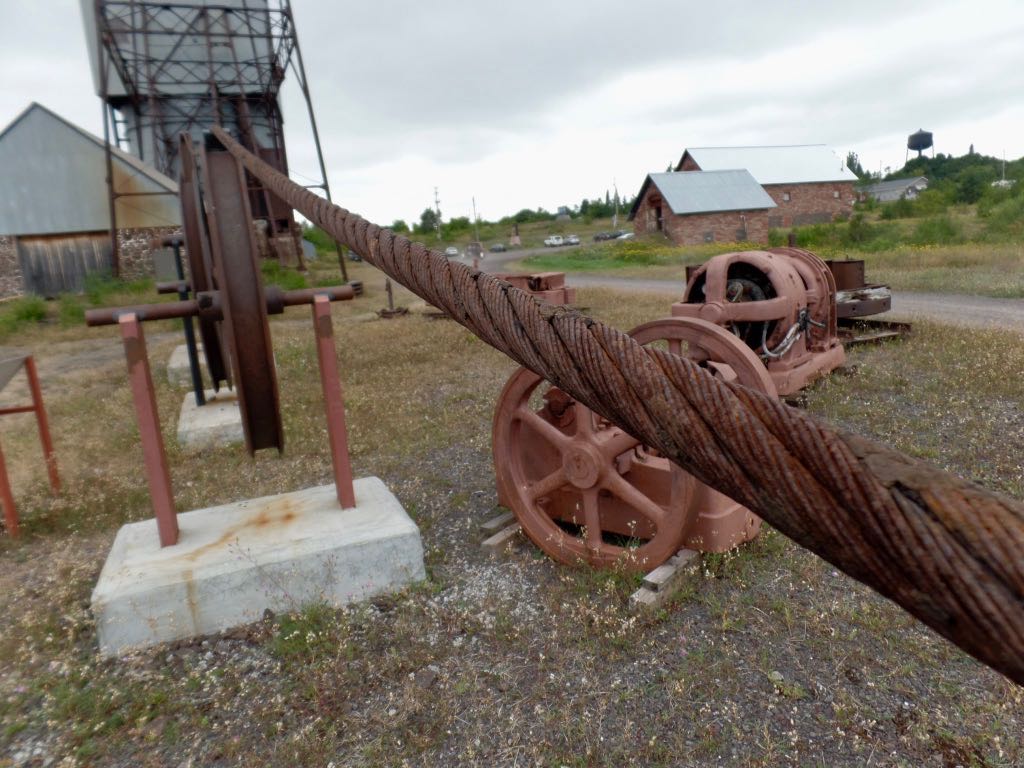 Winch with cable, as would have at one point run from the hoist house all the way to the rockhouse and, from there, down into the mine. 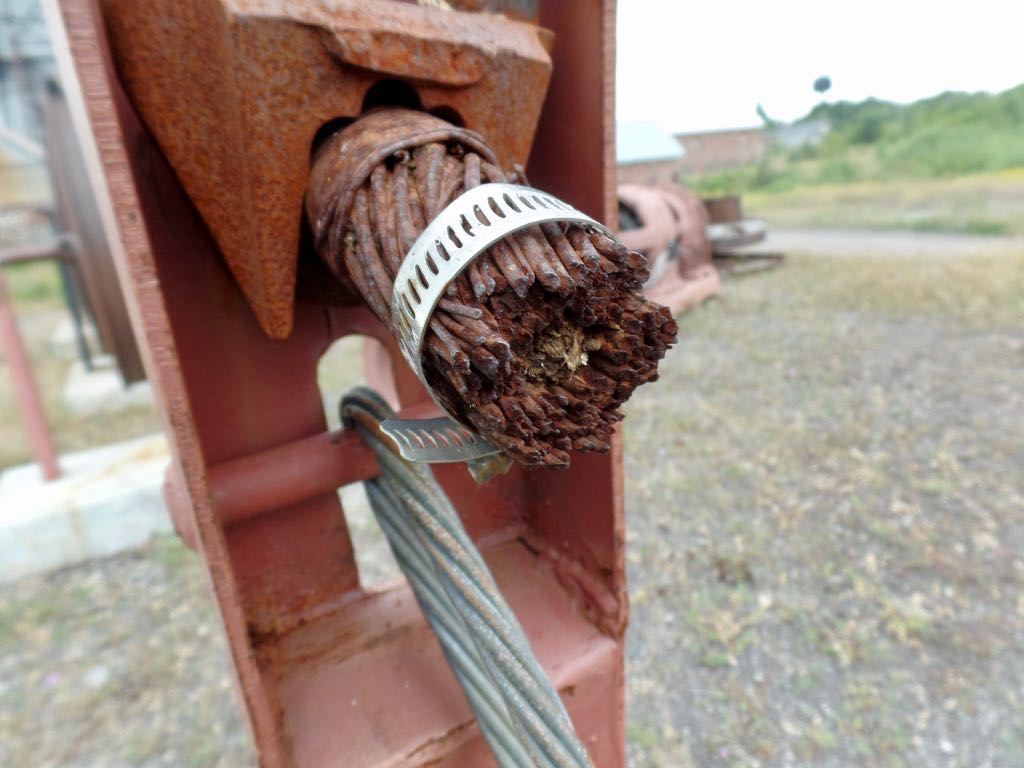 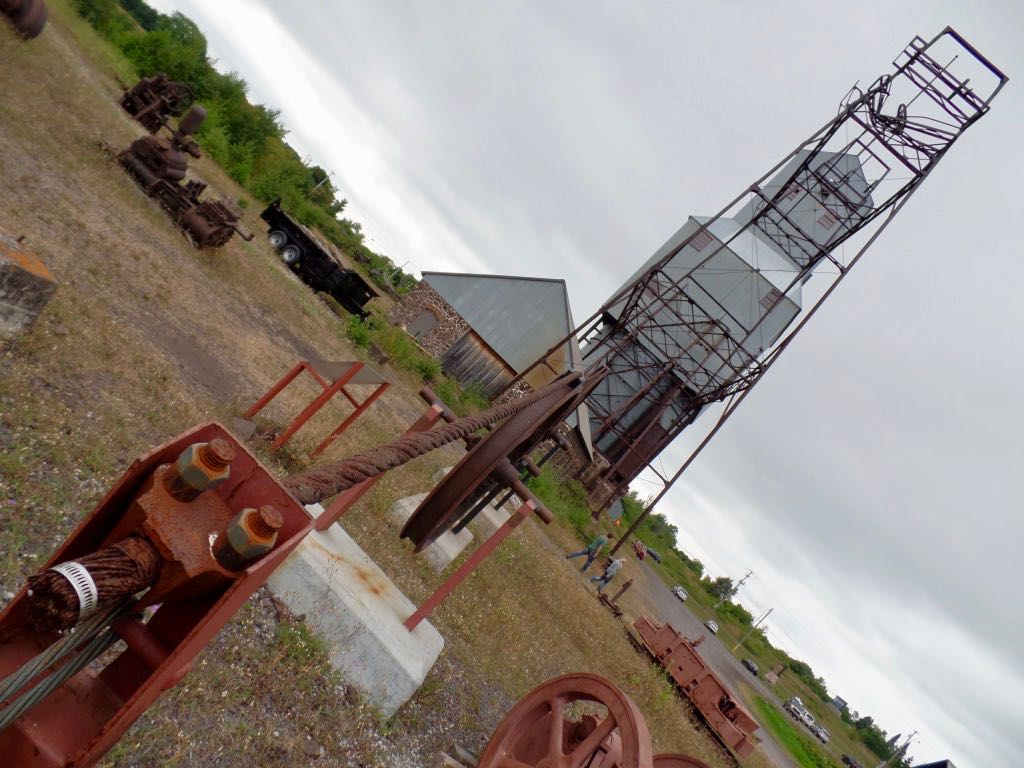 And here we put it all together, a great long rope that, in operation, might have run nearly ten thousand feet.

Trivia: From 619 the Chinese calendar used true new moons rather than mean lunar motions for setting the starts of months. Source: Mapping Time: The Calendar and its History, EG Richards.