Some more amusement parks have called off their 2020 season. One is a park we went to, but not for long enough. One's an aspirational park. The one we spent a half-day in is Funtown Splashtown USA, in Saco, Maine. We picked up a quick visit there as part of the New England Parks Tour, back in 2016. Te aspirational park is Dreamland, in Margate, England. That one particularly we want to visit as it spent nearly a decade defunct and returned from that, amazingly. And it, too, has a roller coaster turning 100 this year: Scenic Railway, one of the few roller coasters to still have a brakeman governing the speed. (It coincidentally also has a roller coaster named Pinball X, for a bonus attraction.) Legoland New York is also postponing its debut season although I didn't have any feelings about that park yet.

So to a park that hasn't yet announced it's giving up on 2020. We made our usual embarrassingly late first trip of the year to Michigan's Adventure for the last day of August 2018. We picked that because of a nice convergence: the long summer hours and gradual shrinking of summer day meant we'd get to visit the park at twilight and night. The park doesn't have lighting, and doesn't really operate at night, so these are always special visits. Here's how that went. 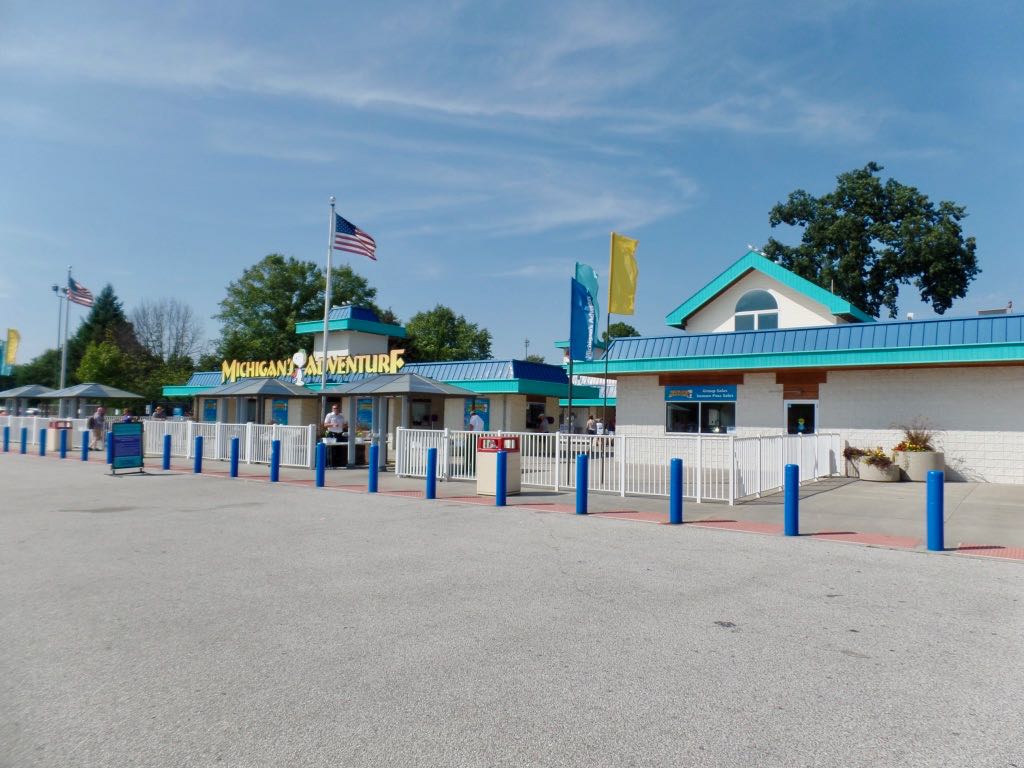 Entrance gate to Michigan's Adventure. They had added foolish metal detectors so that entrance to this low-key family park could be annoying and needlessly slow. 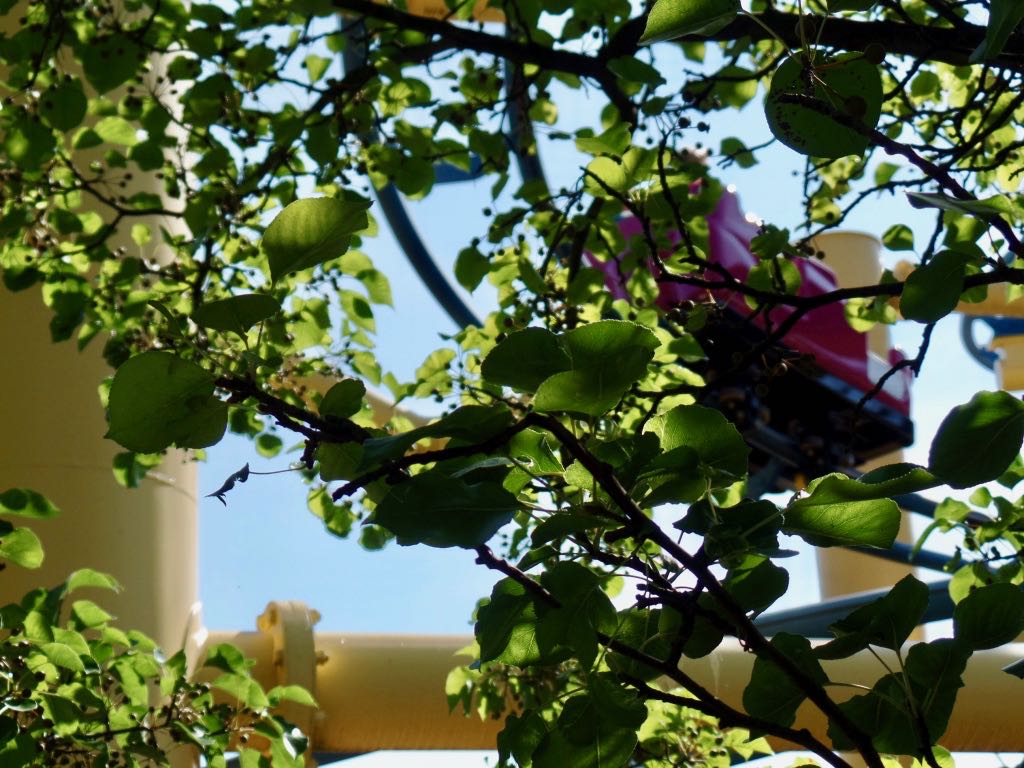 View of the Mad Mouse coaster through the trees leading to it. 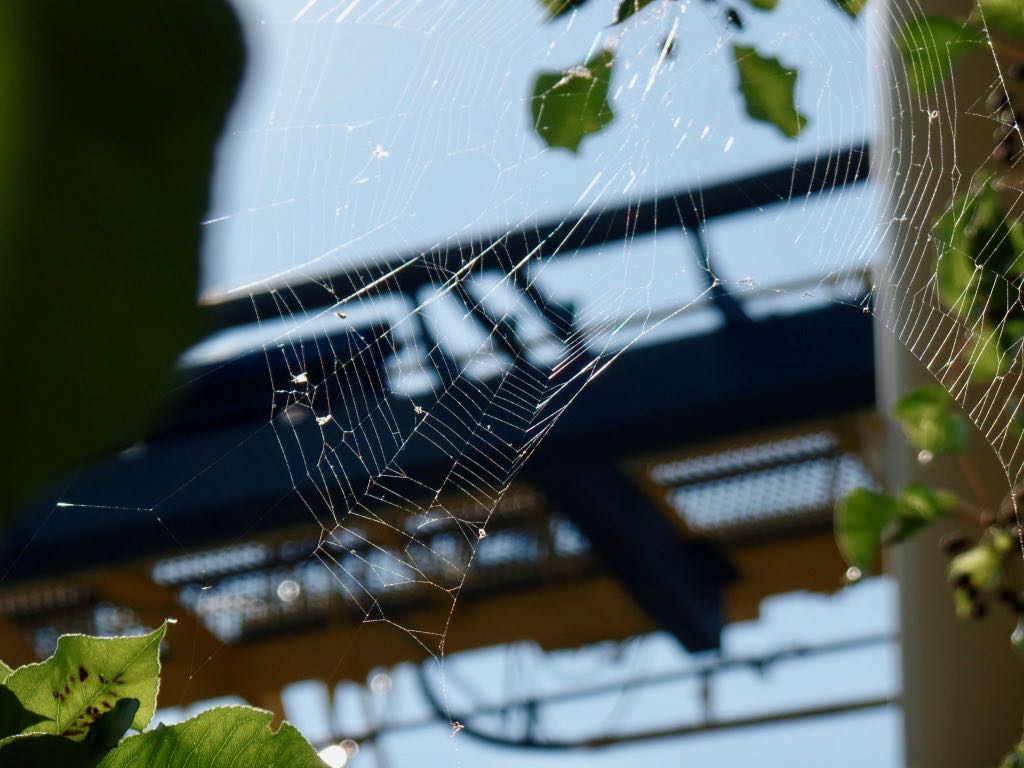 And here's a photogenic spiderweb placed in front of the Mad Mouse roller coaster. Those two trees flanking the Mad Mouse exit were planted about the same time. Apparently the planter supposed that something would be done before the left tree would grow into the roller coaster track. 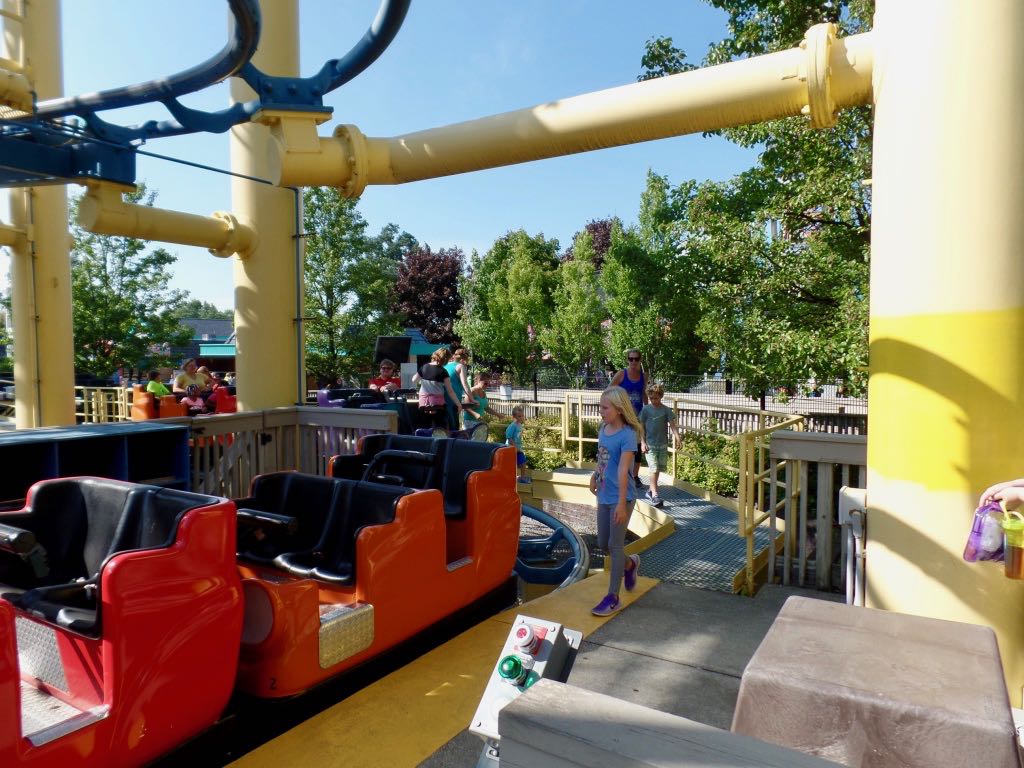 People getting, technically, a walk-down from Mad Mouse. The roller coaster was having a lot of trouble operating, and several times they had to stop the whole thing. So here people in the brake area before the car returned to the station. 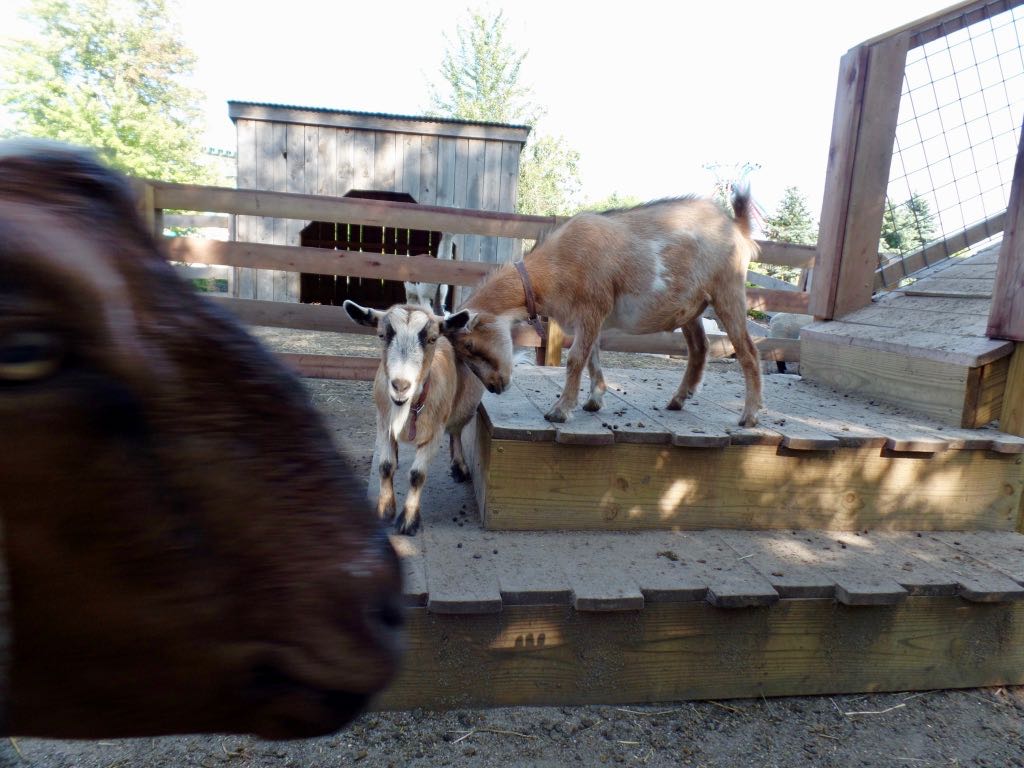 Goats! Michigan's Adventure got a petting zoo in 2016 and we like visiting that maybe more than anything else in the park. 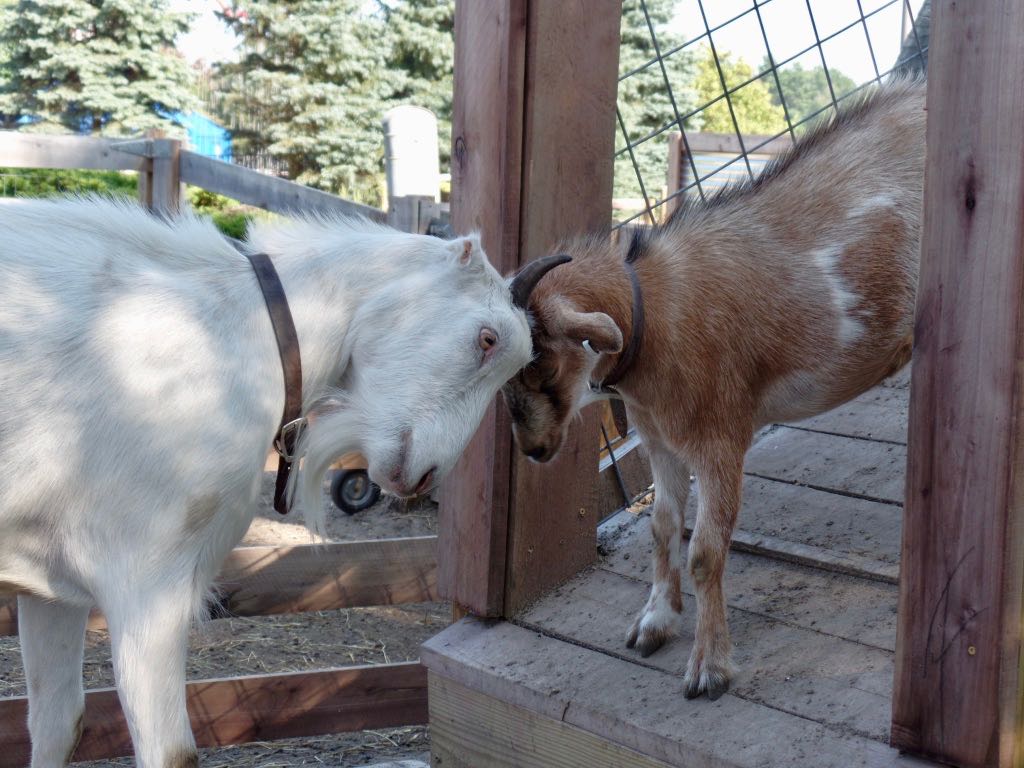 The little goat on the right was spending his day preventing anyone from going up that little bridge. This until one of the big goats went and trapped him on the bridge instead, which is a lesson about not pushing a bit too far. 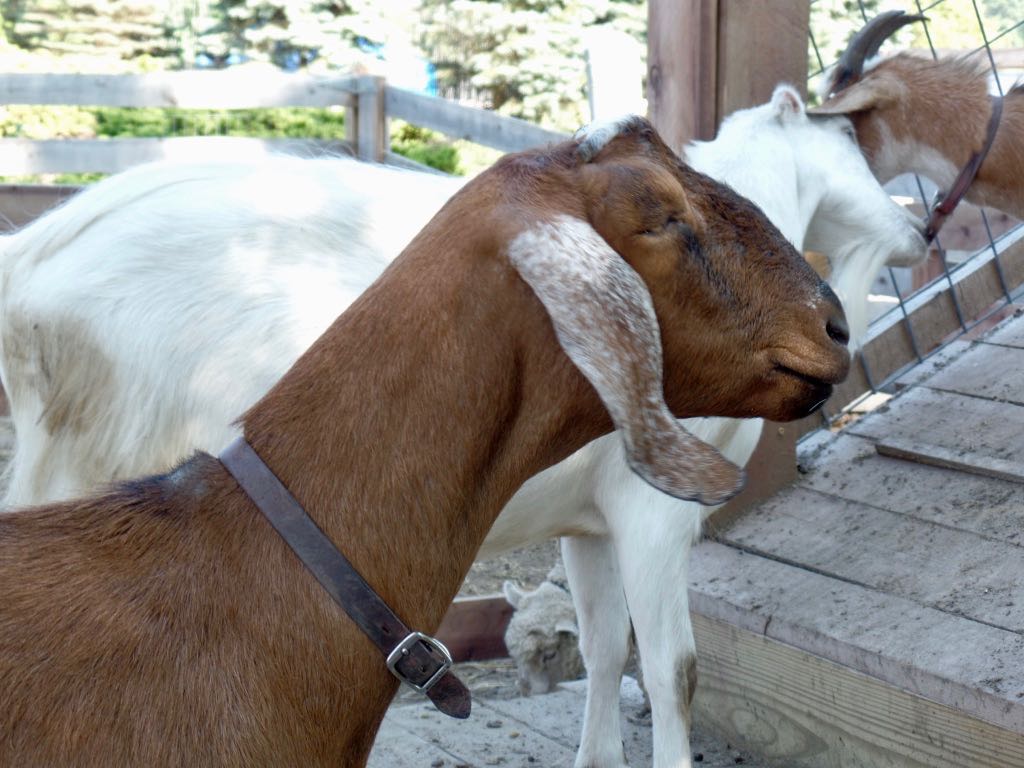 Big brown goat has seen this all before and knows how it'll turn out. 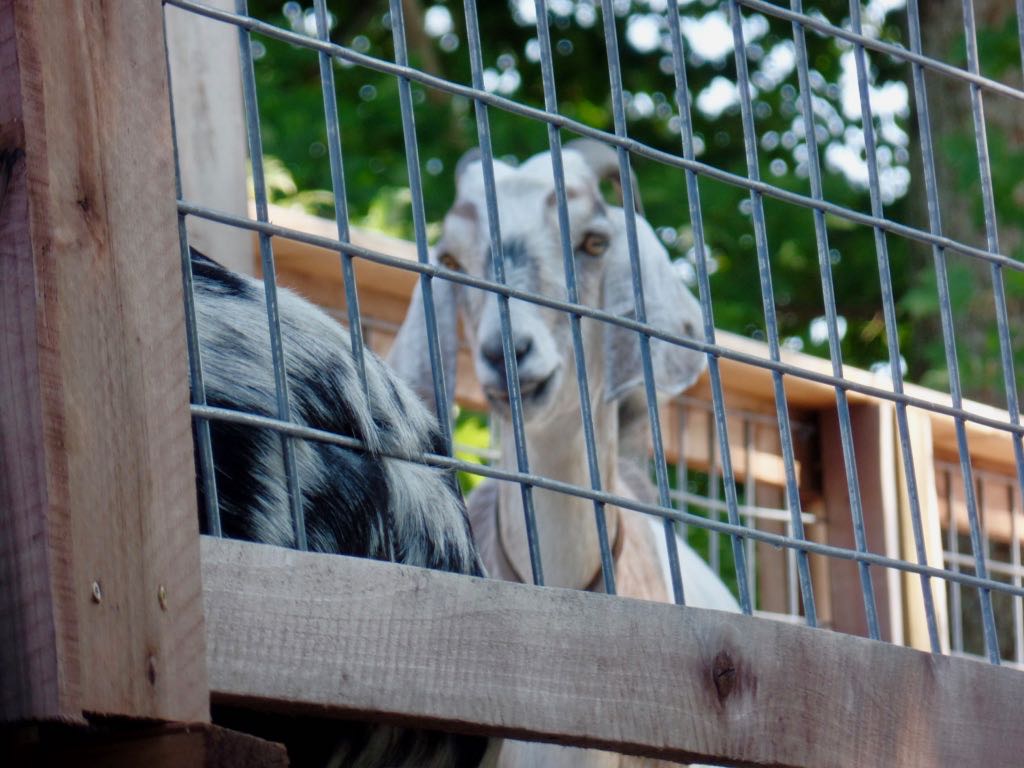 And here, the Jim From The Office (Goat Edition) looks to camera. 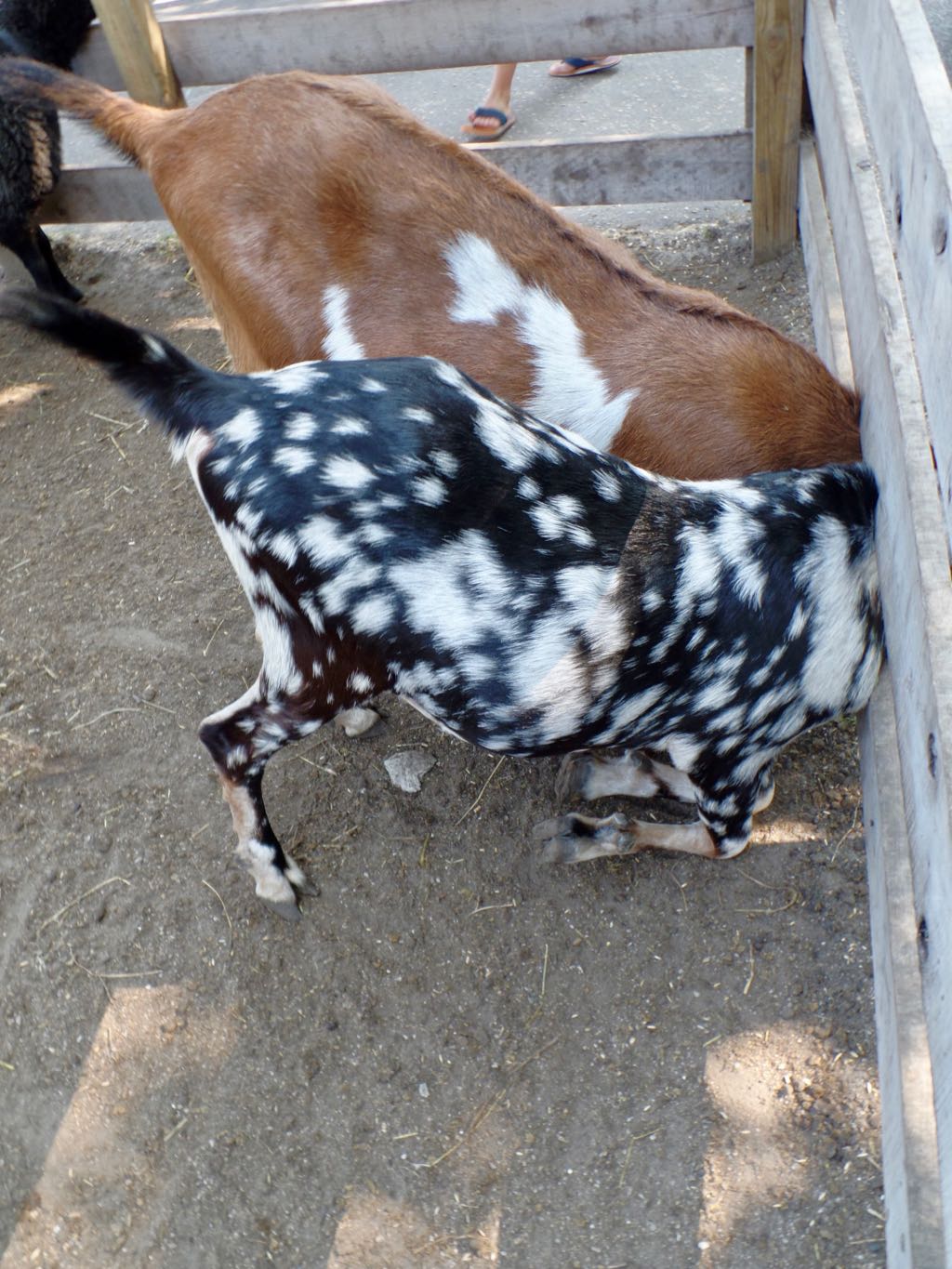 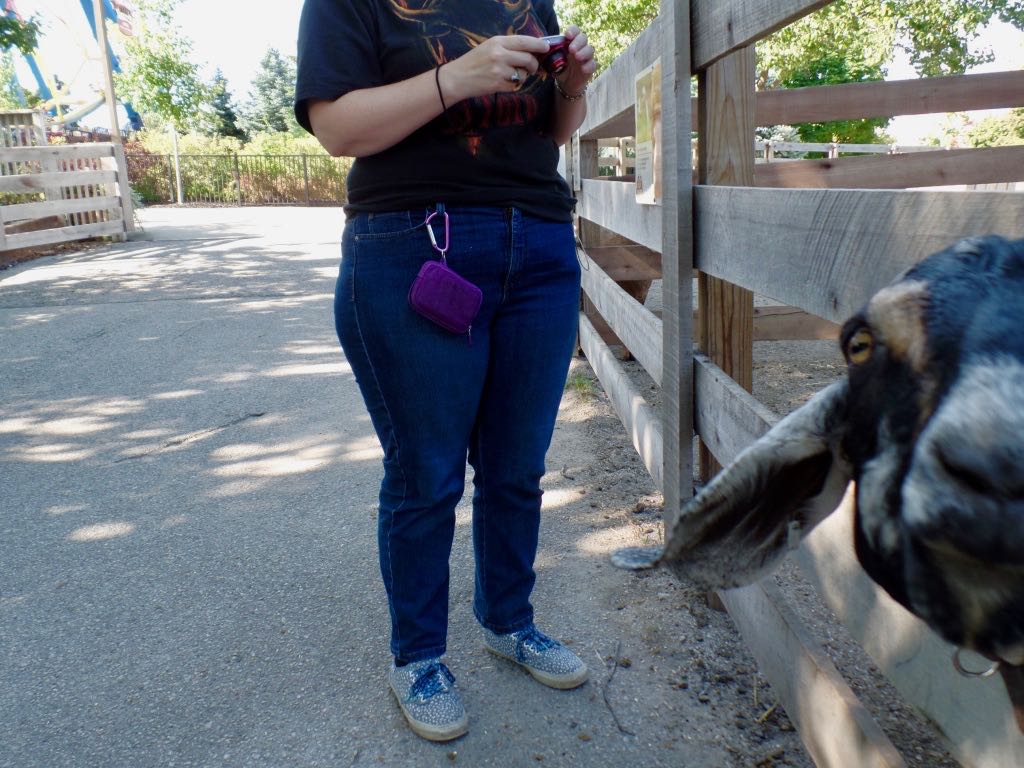 Goat wants to know if I'm paying attention. Here's my album cover for the set of pictures by the way. 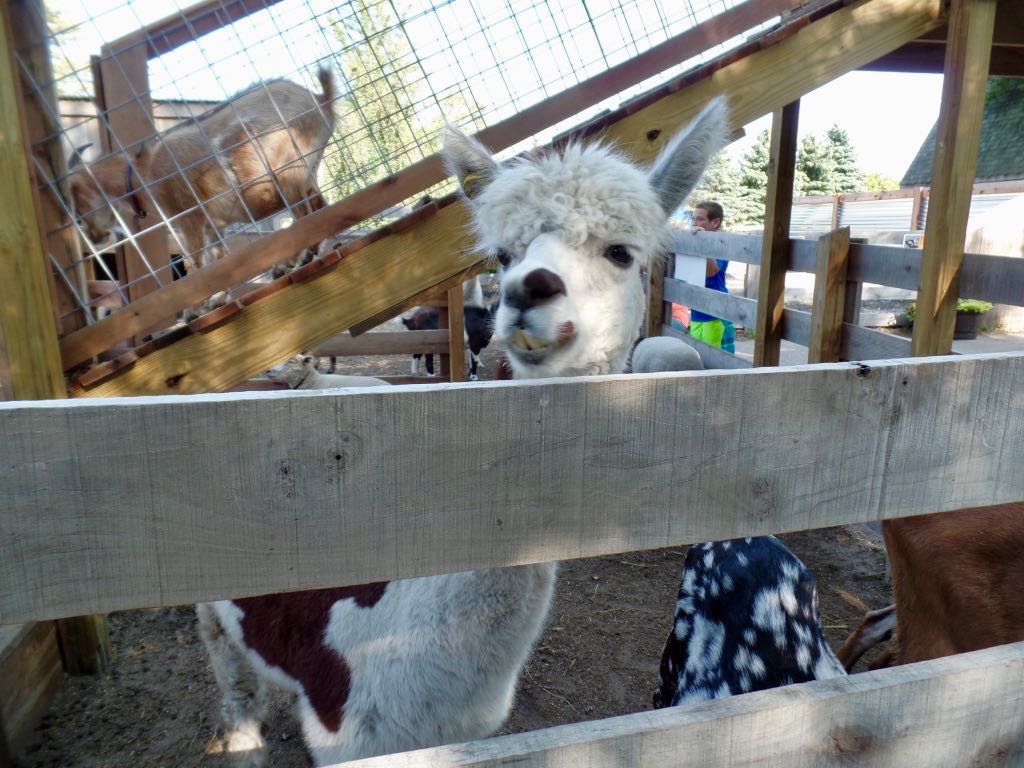 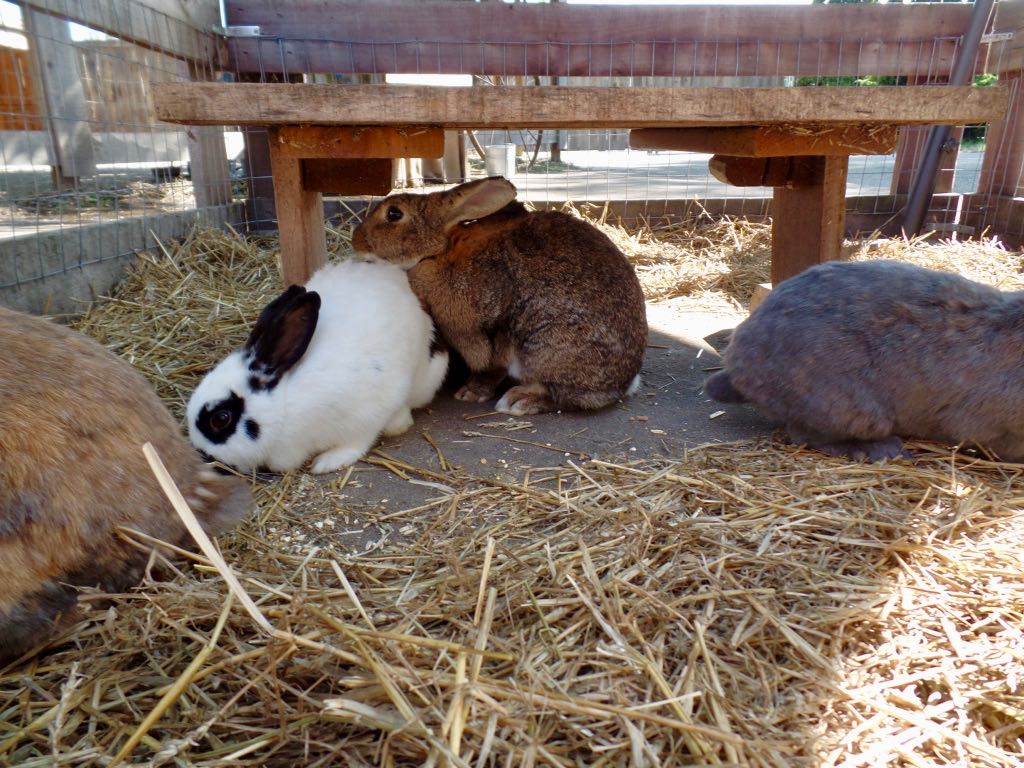 Bunnies! Among their petting zoo animals is a collection of rabbits. 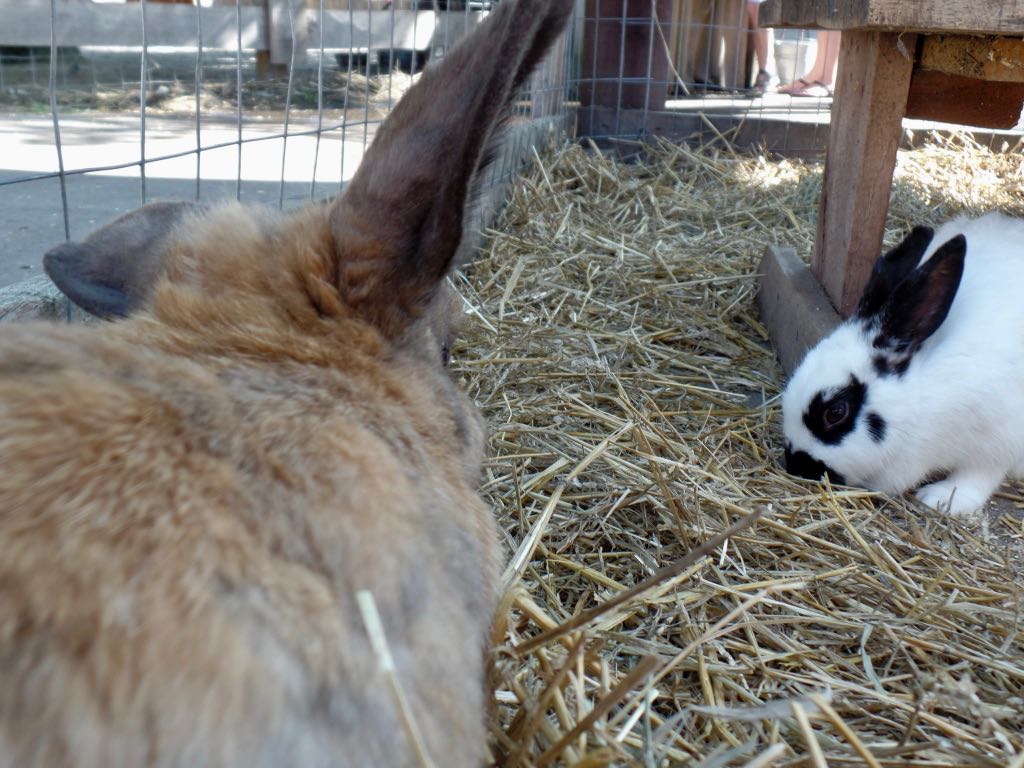 Rabbit gives one ear up to

bunny_hugger's review of the hay. 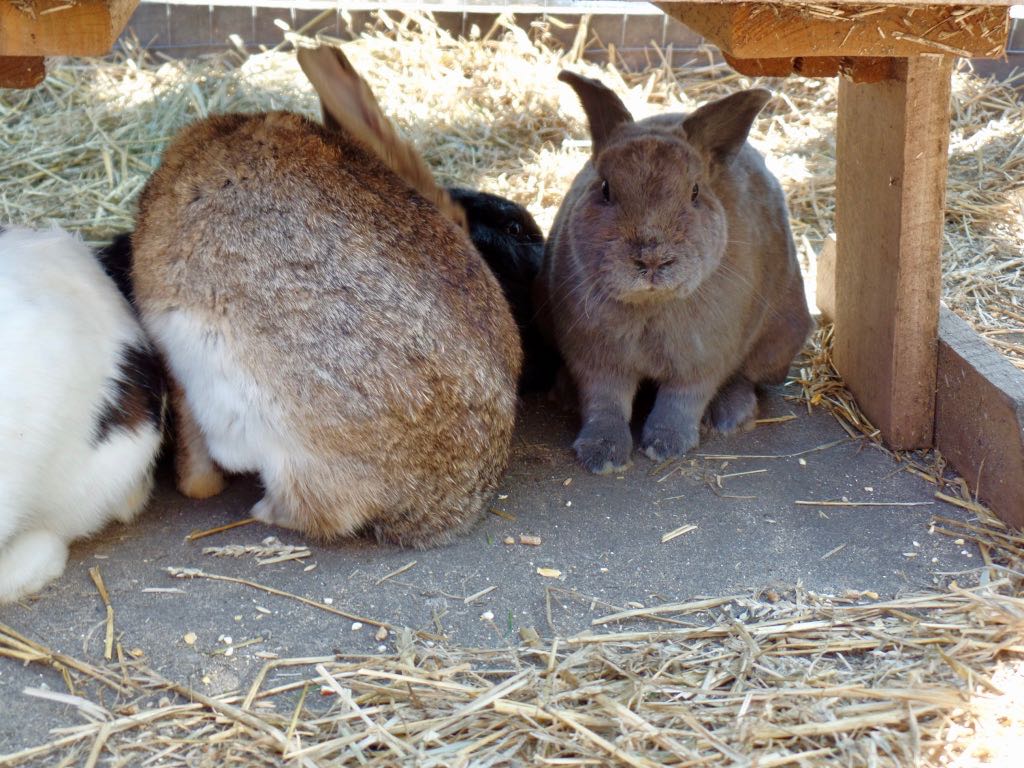 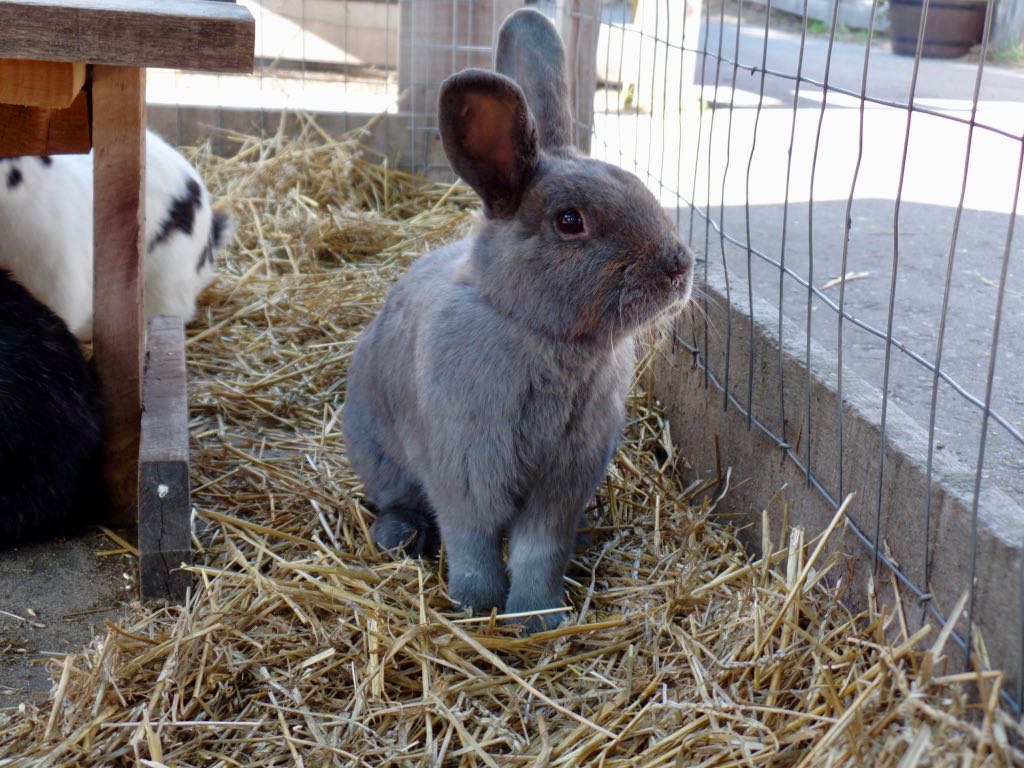 Rabbit comes forth to ask if there's something specific that she can help me with.

Trivia: The initial selling price for a PDP-1 was US$120,000. Source: A History of Modern Computing, Paul E Ceruzzi.