The Lansing school district has chosen to have the first quarter online-only. This doesn't affect the colleges, unfortunately, but maybe it'll start nudging Michigan State University in the sane direction. I don't know what East Lansing's school district is up to, but the East Lansing city government is in the midst of some spectacular higgeldy-piggeldy mess that saw the current mayor and the former mayor resign from the five-member City Council. High school sports still think they're carrying on as normal, but won't.

The Harper's Bar Covid-19 outbreak has got somewhere near 200 people infected. And now the HopCat bar in East Lansing closed after employees [plural] tested positive. (HopCat has a sister bar in Kalamazoo that's also closed for similar reasons.) Also closed for plague in the area: LeRoy's Classic Bar and Grill, the Lansing Brewing Company, and The Nuthouse, a sports bar and where our pinball friend RED plays competitive foosball. 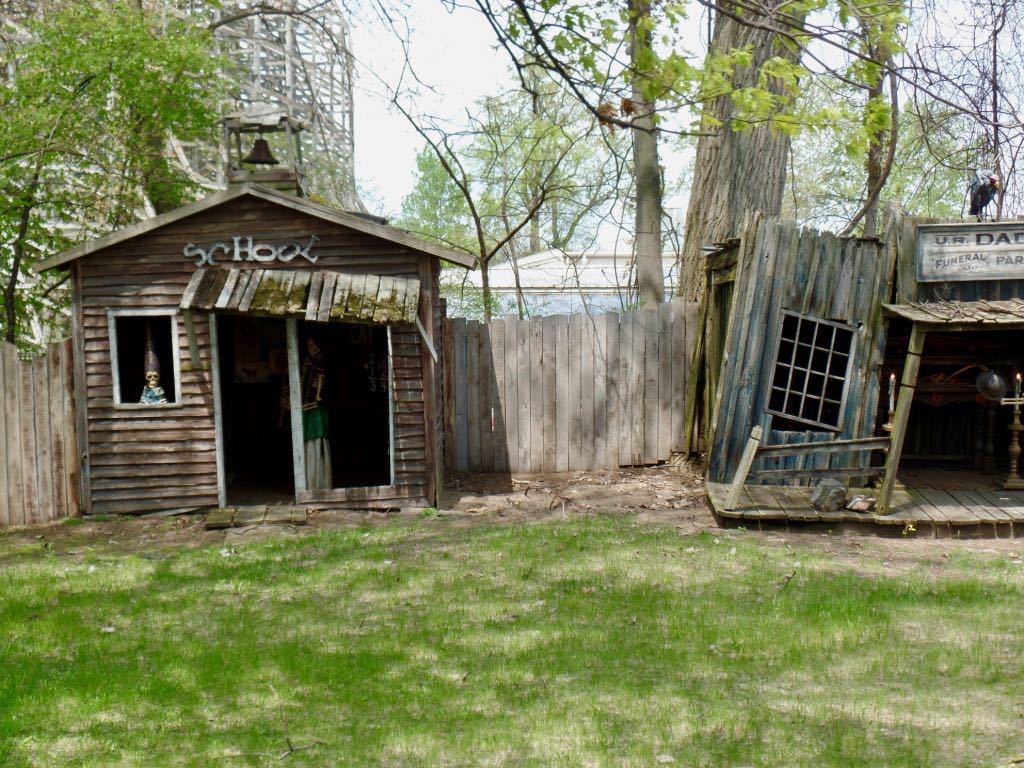 Little schoolhouse with a dunce skeleton and schoolmarm. 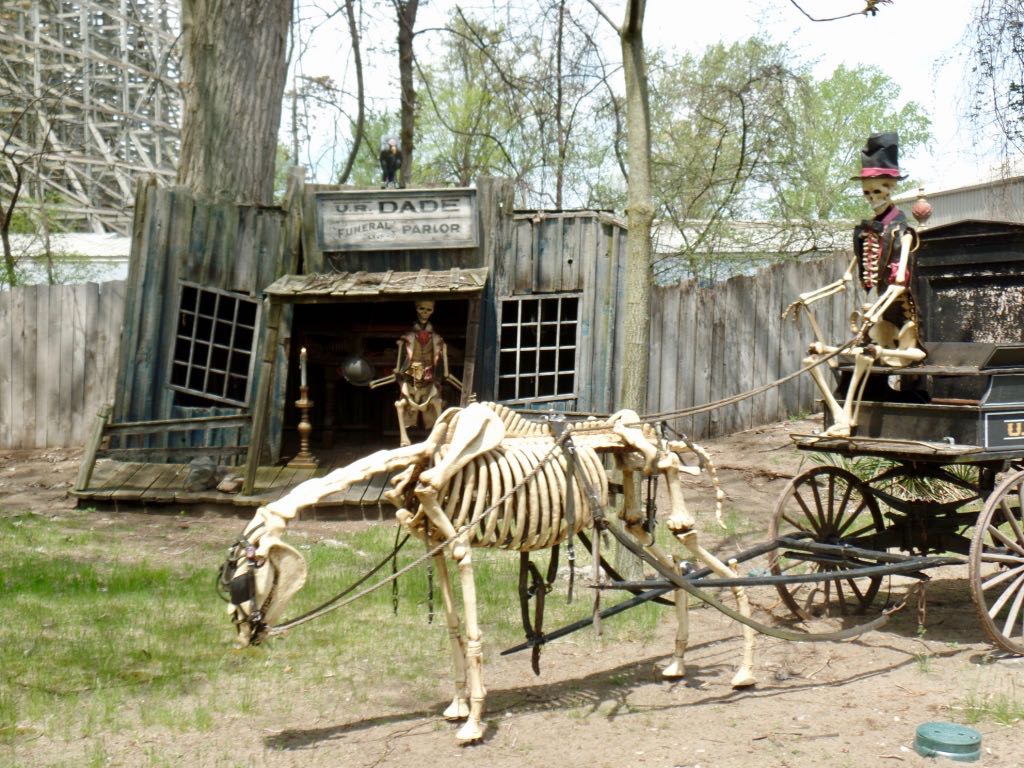 The U R Dade funeral parlor, and skeletal hearse. U R Dade makes appearances in the main part of the park for Halloweekends. 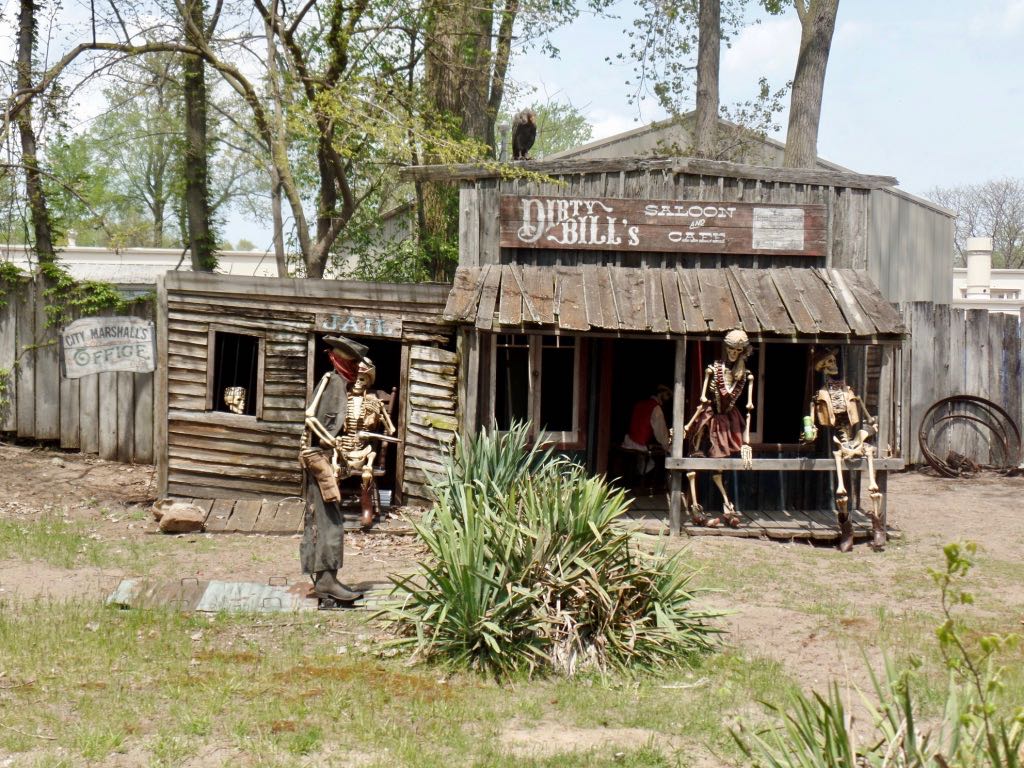 The City Marshall's office, jail, and Dirty Bill's Saloon and Cafe, which seems like an inappropriate aggregation of city structures. 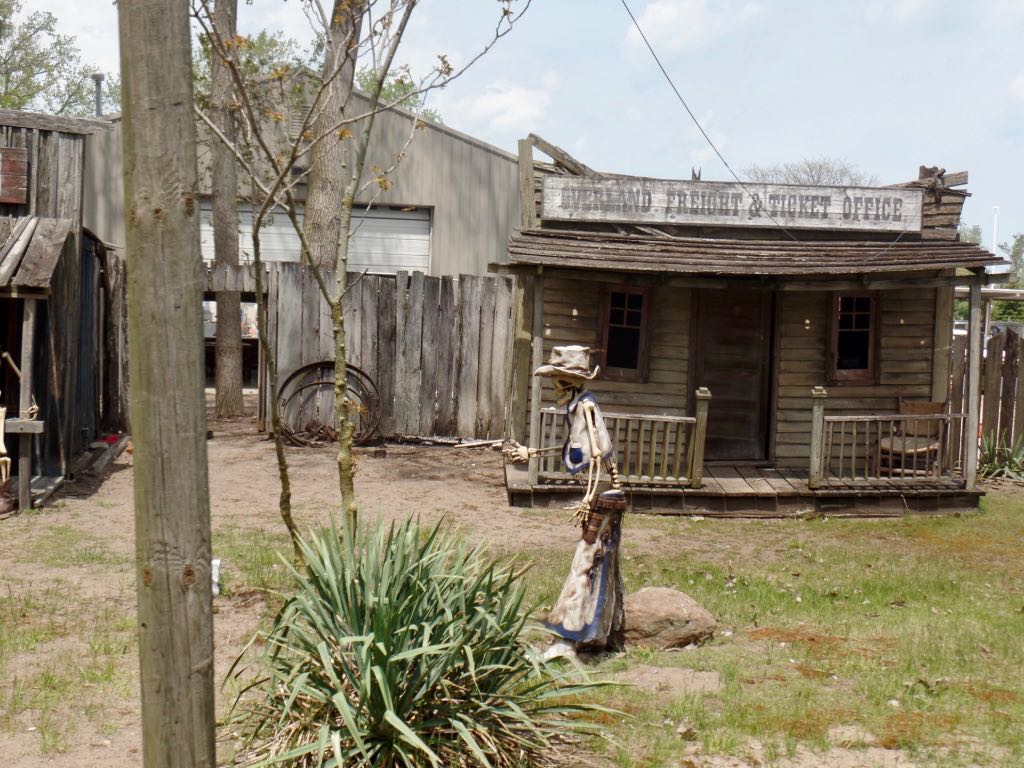 I suppose the freight and ticket office is where we'd get the tickets for the railroad we're on? 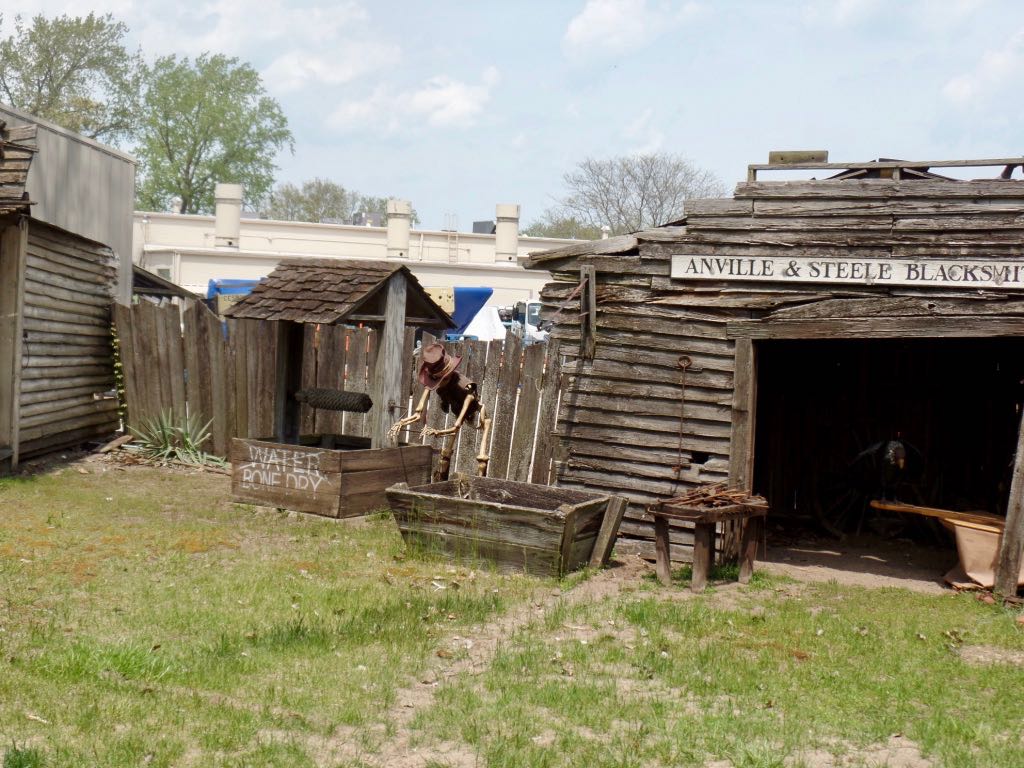 The 'bone dry' water well, and a blacksmith's. 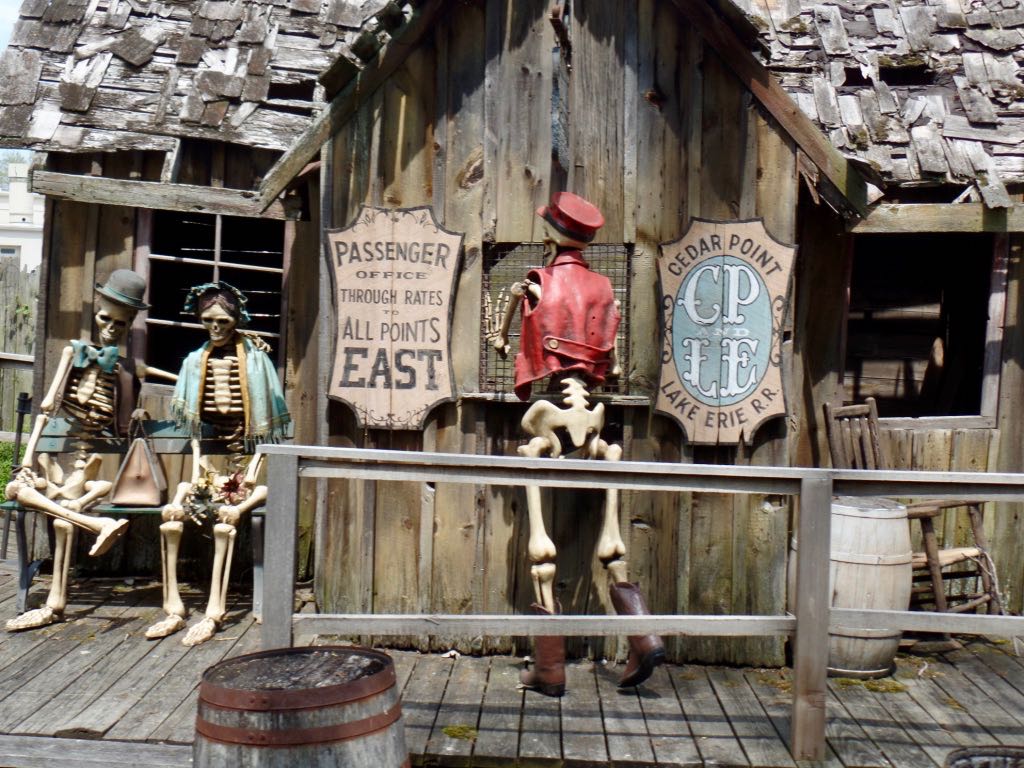 Wonder how upset those passengers are that the railroad never stops for them. 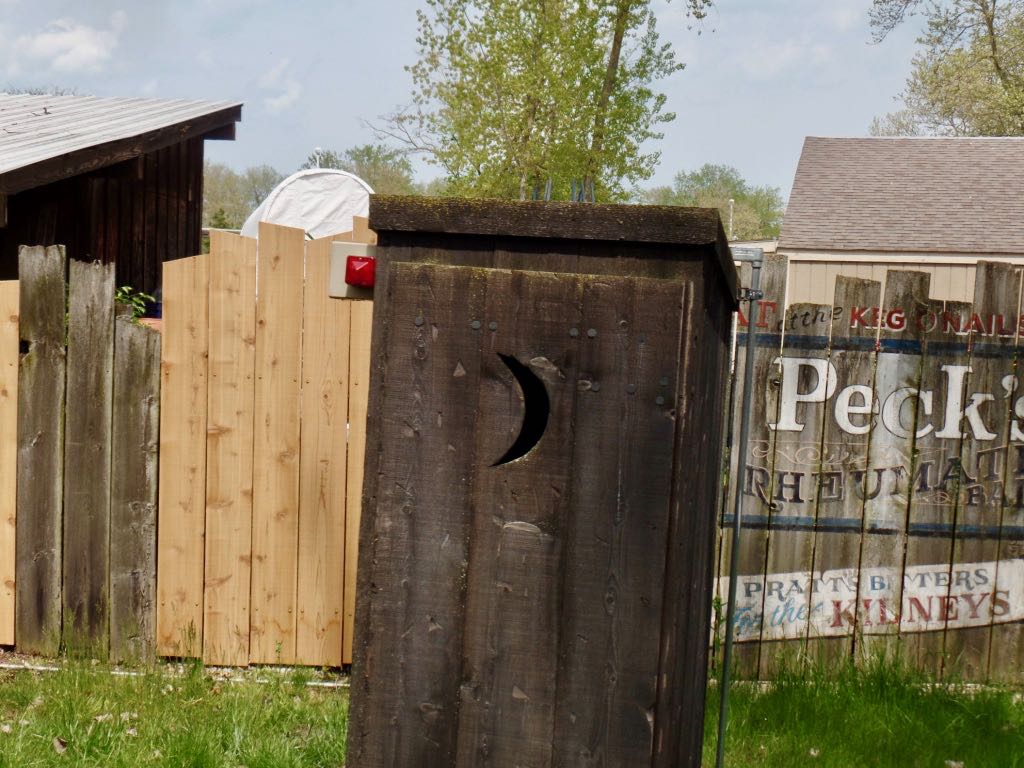 What do skeletons need with an outhouse? 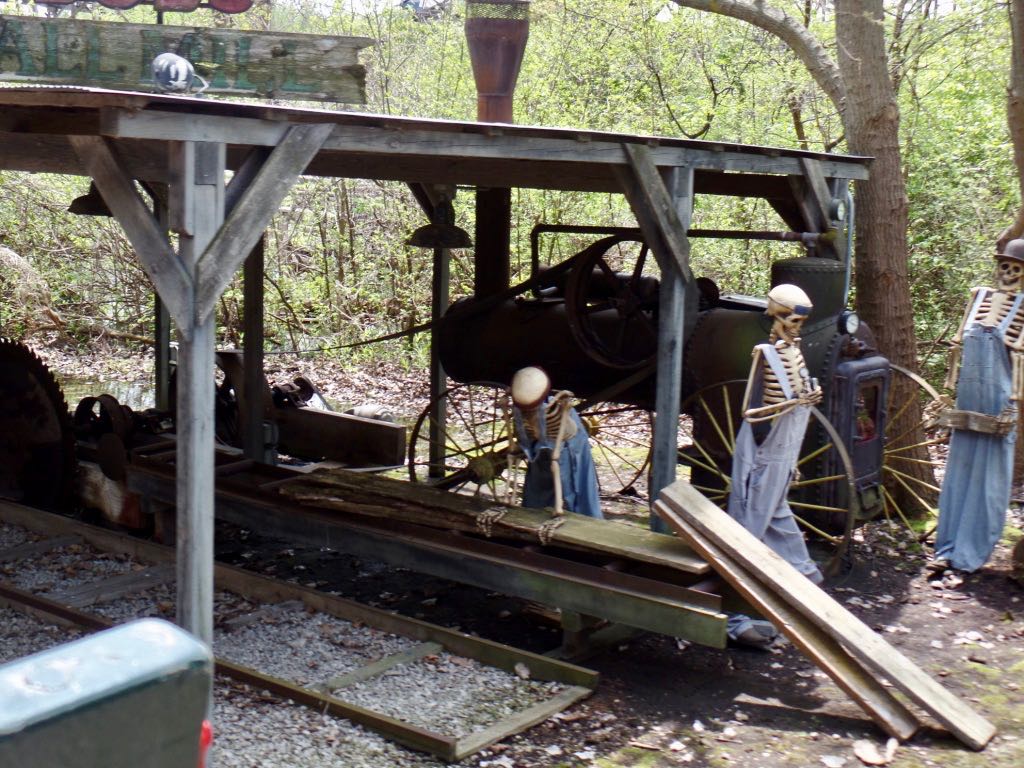 Skeletal saw mill. I'm tickled that they were overalls even if those are really too big for them. 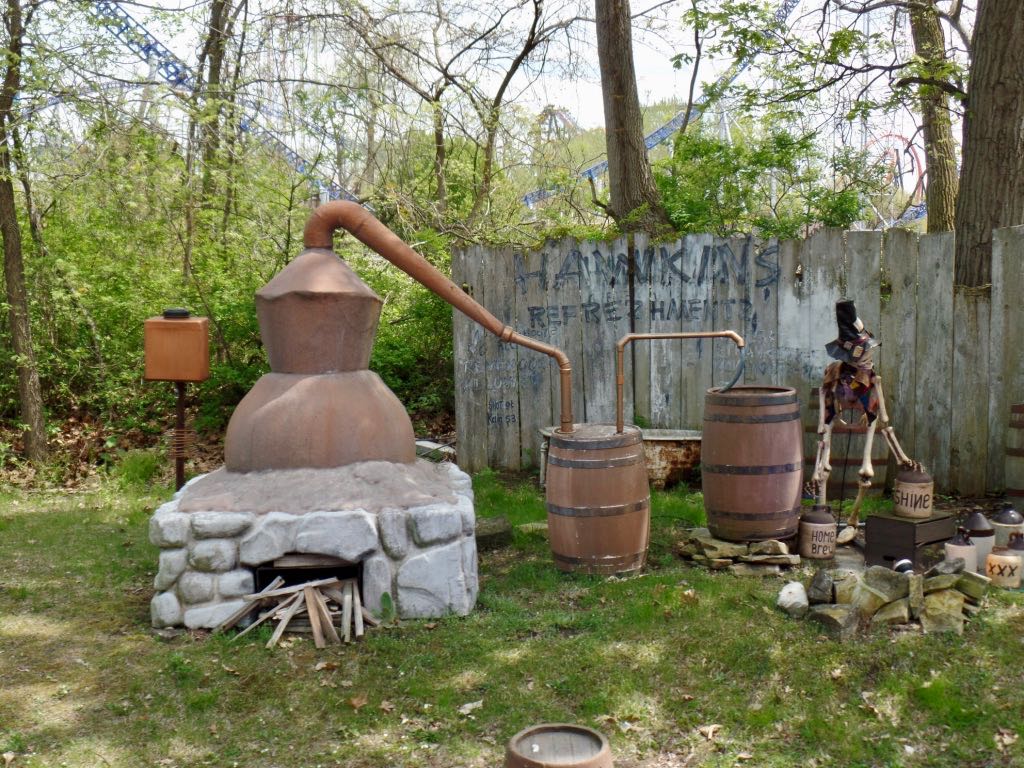 Moonshine distillery. The blue roller coaster is Millennium Force and the purple-red one to the right is Rougarou. 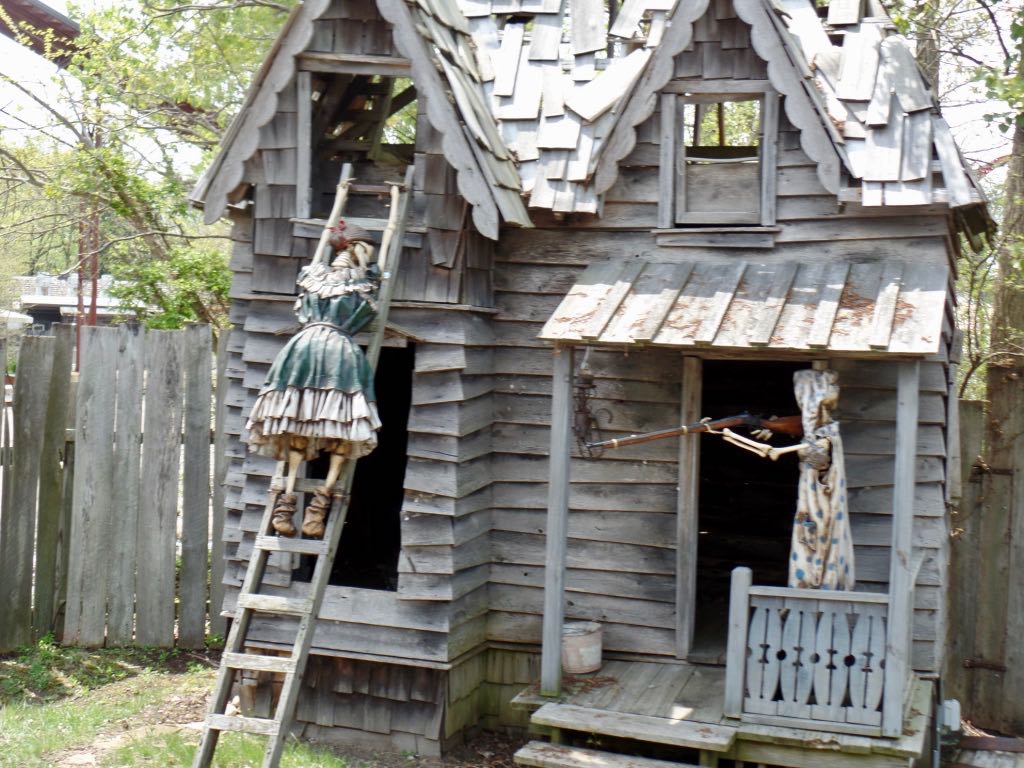 So here's a little story interrupted. 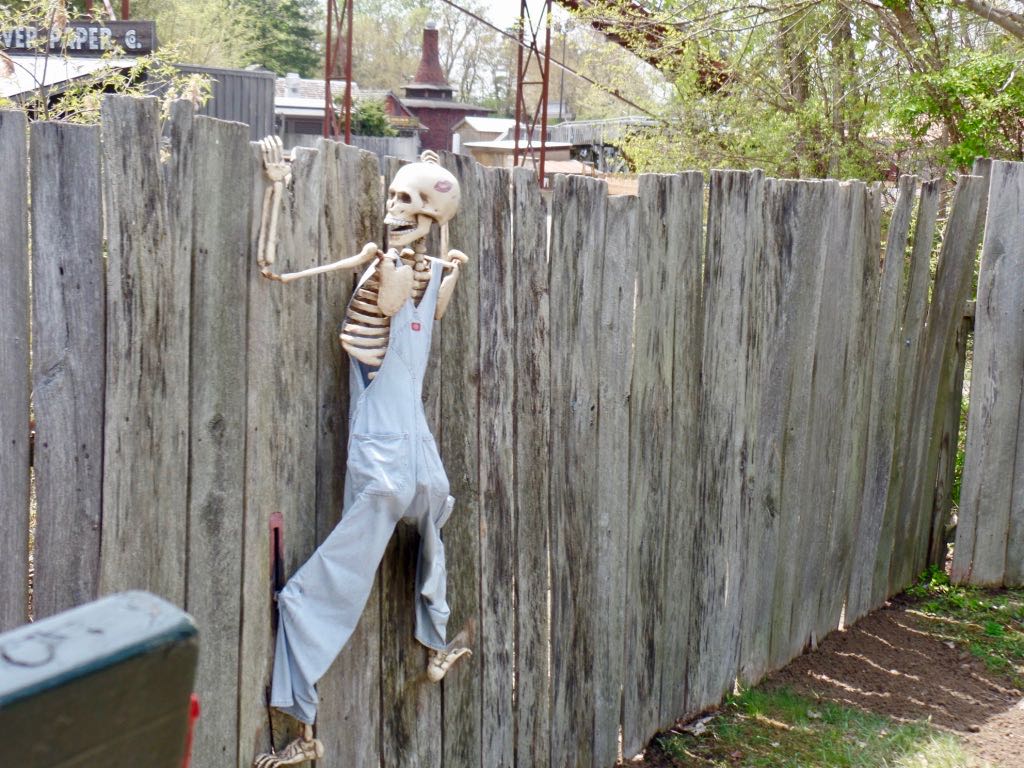 Oh, that must be what the parent was pointing the shotgun at last picture and wait lipstick marks? 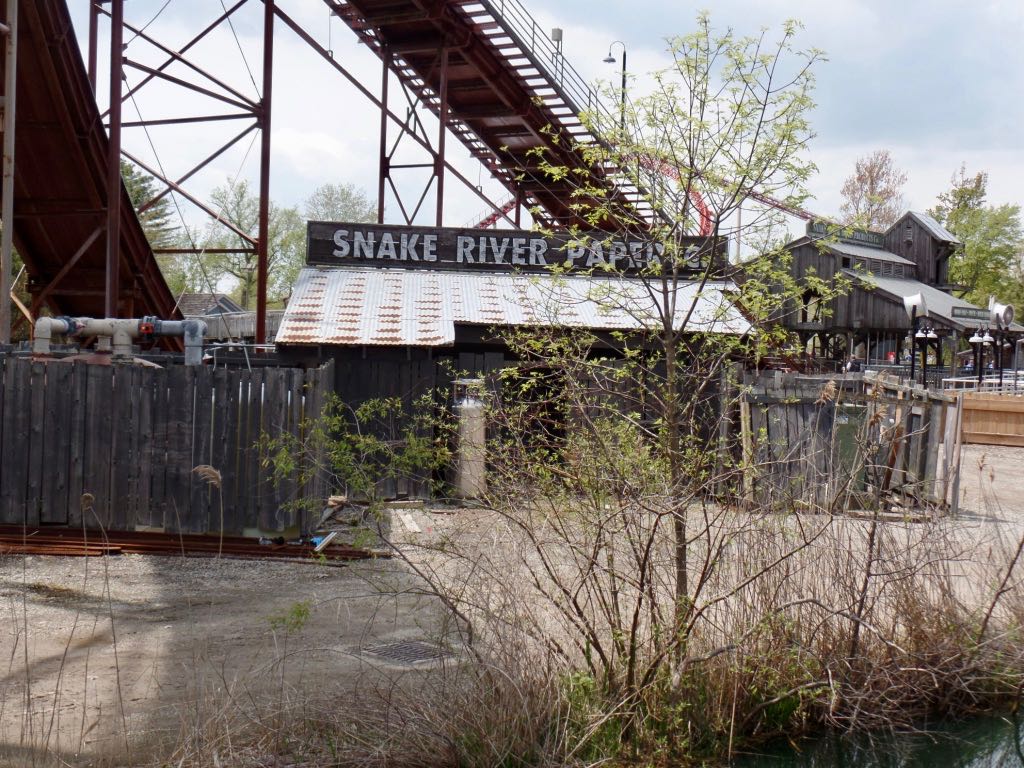 Snake River Paper Company isn't really part of Boneville, but I suppose it is still part of the Frontier Town area. Snake River Falls here is the shoot-the-chutes ride.

Trivia: A ``Malacca-Max'' containerized cargo ship, one large enough to just barely fit through the Straits of Malacca, would have a capacity of nine thousand standard 40-foot containers on a ship a quarter-mile long, 190 feet wide, and 65 feet below waterline. It could plausible hold a billion dollars of cargo in one load. Source: The Box: How the Shipping Container Made the World Smaller and the World Economy Bigger, Marc Levinson.