I packaged up the Switch and brought it to the UPS store, for its second visit to the United radio company of Syracuse, New York, and we'll just see if it works any better this time around. By ``better'' I mean ``at all''.

We've started taking our pop cans and bottles back. Meijer's bottle return had been closed because when the compactors fill up for the day, they're stuck until the trucks come, usually the next morning. But this week we've been in position to bring in stuff in the morning. Tuesday saw a mere $7.50 in returns (ten cents a bottle or can), but that was a considerable volume because most of it was two-liter bottles. Today I got back a more impressive $14.70, although the daily limit is $25.00. We're down to almost entirely boxes of cans, now, each 12-pack box now holding eleven cans. I know we don't have enough at $1.10 a box to reach the daily limit. I'll try to remember to give you all updates, though. I'm curious just how much in deposits we ended up collecting.

In the story comics: What's Going On In Alley Oop? Is Alley Oop off the hook for Time Crime? April - July 2020 plot recap for you. Hope you like.

Let's get back to Anthrohio, Friday of the 2019 con. I took a lot of pictures of animals, as you'd expect. 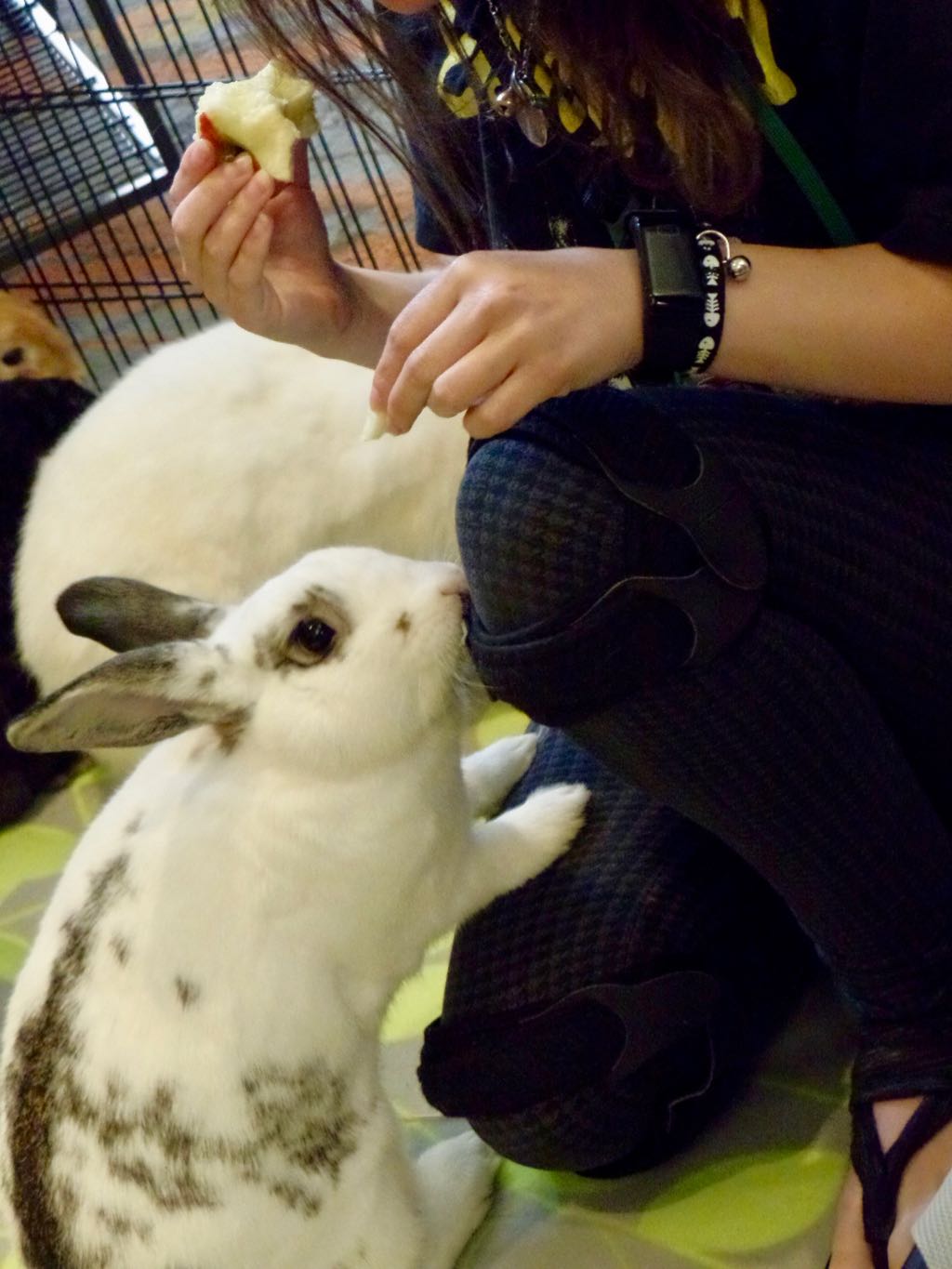 Rabbit knows someone who can help you with that apple. (It's bunny.) 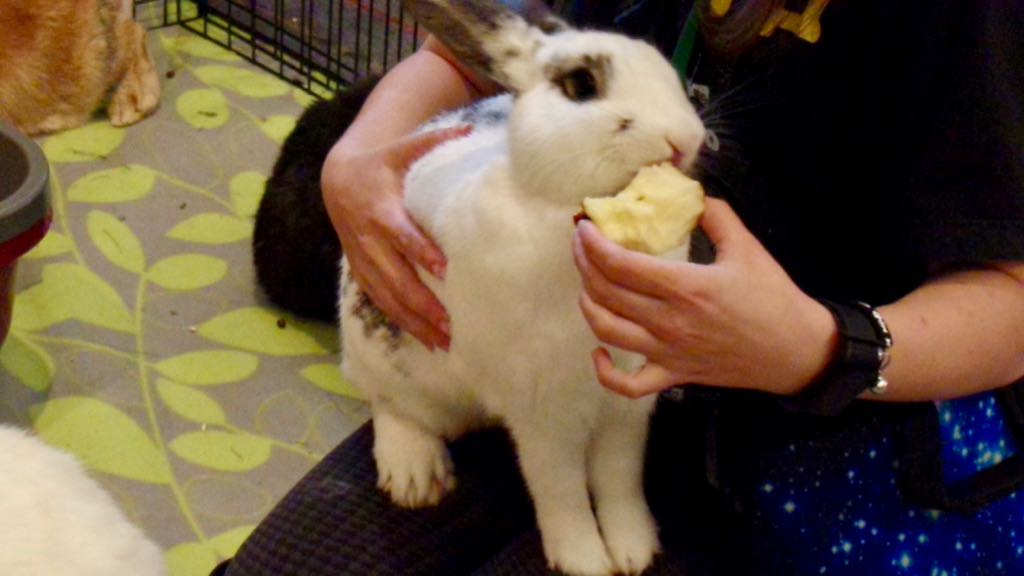 Bunny looks surprised that getting the apple was this easy, actually. 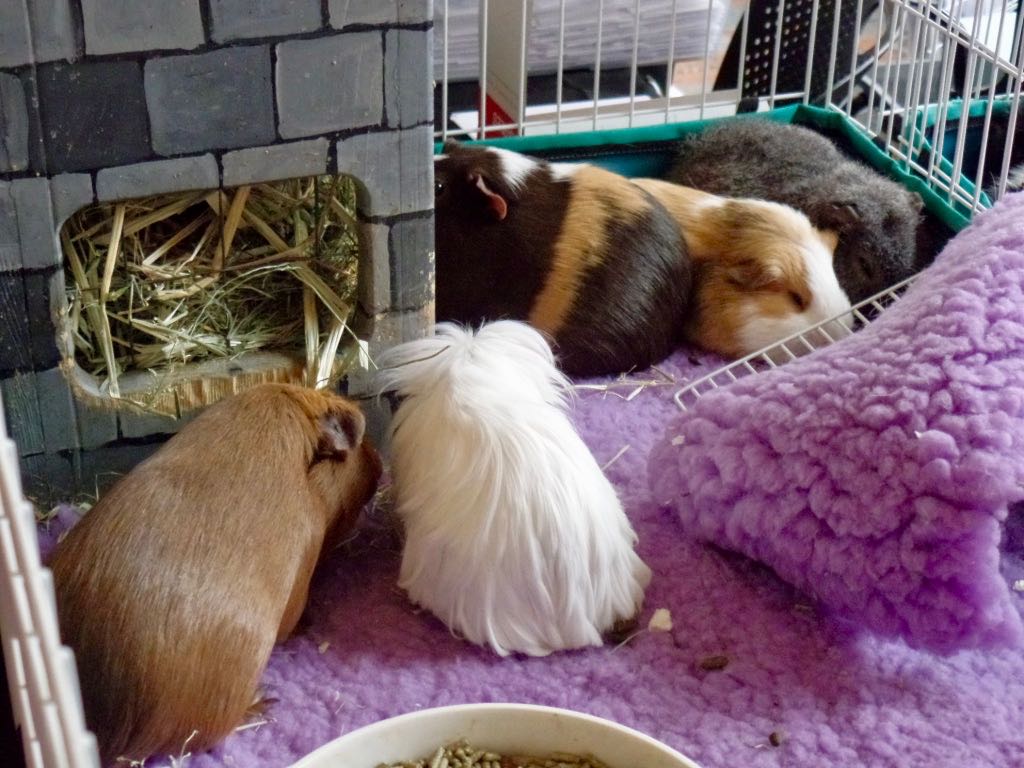 And here's a mass of guinea pigs, all of them wondering if they were maybe invited here by some mistake. 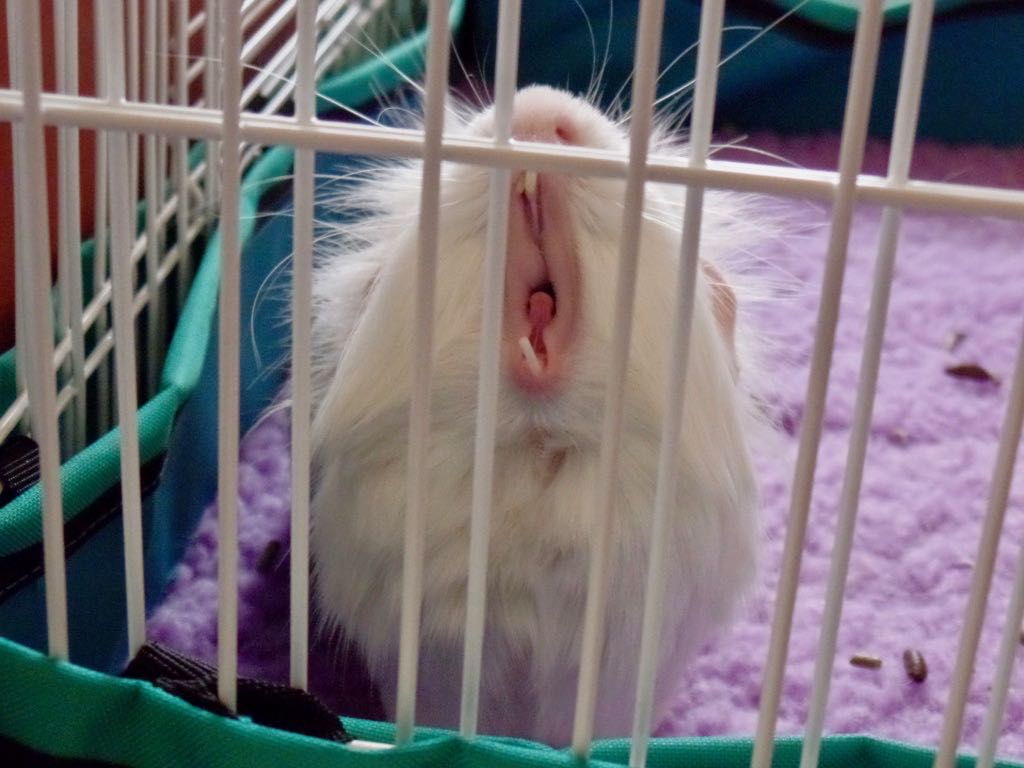 Every guinea pig keeper: [ winces from the anticipated 'wheep' ] 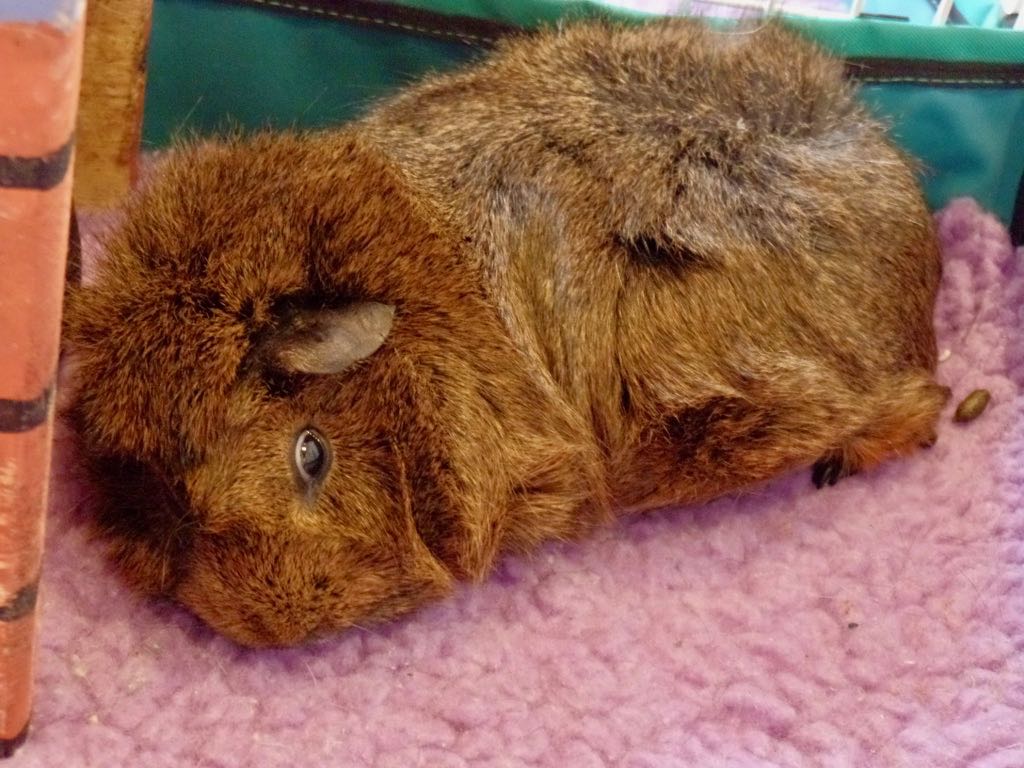 This Abyssinian guinea pig is a surprisingly close match for one I kept from seventh grade. 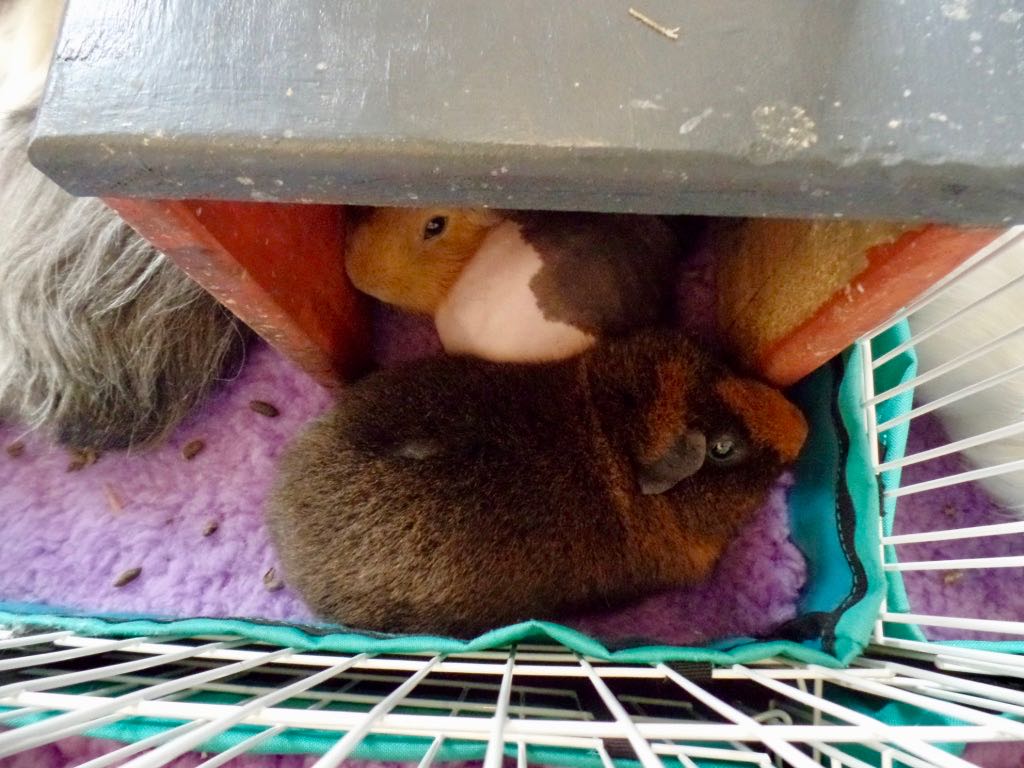 Couple of more guinea pigs wondering if they were supposed to be at this meeting. 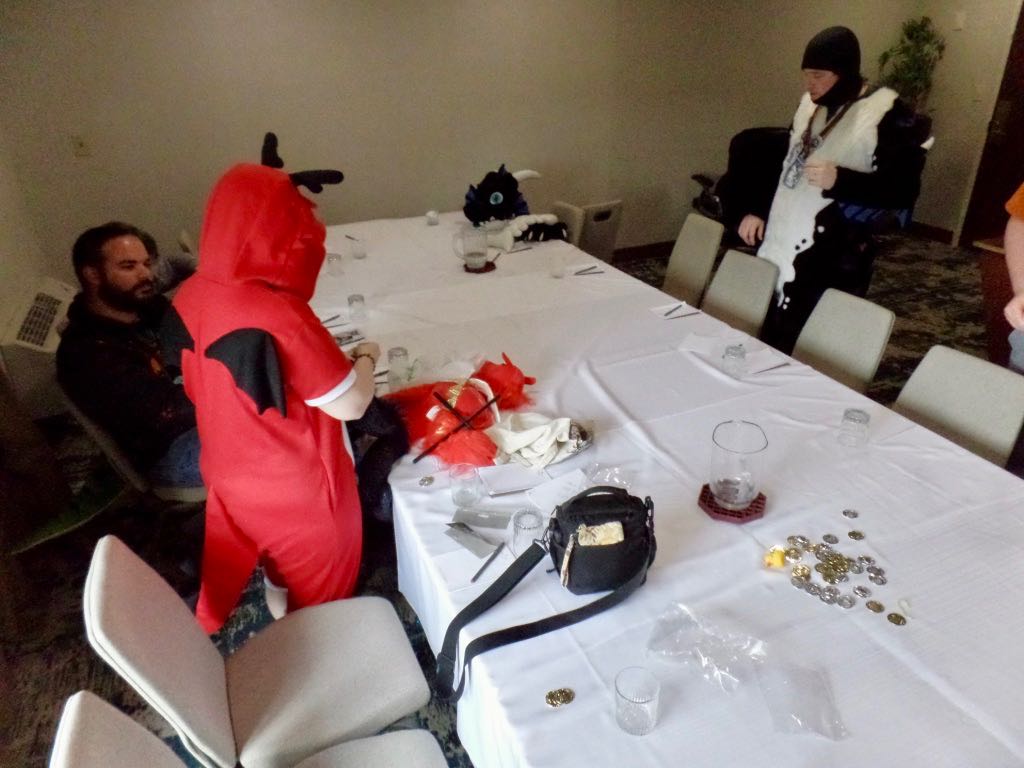 On to activities! This was, I think, the end of the Dragons and Scalies SIG that

bunny_hugger hosted, and used as a chance to wear her lightweight dragon kigurumi. 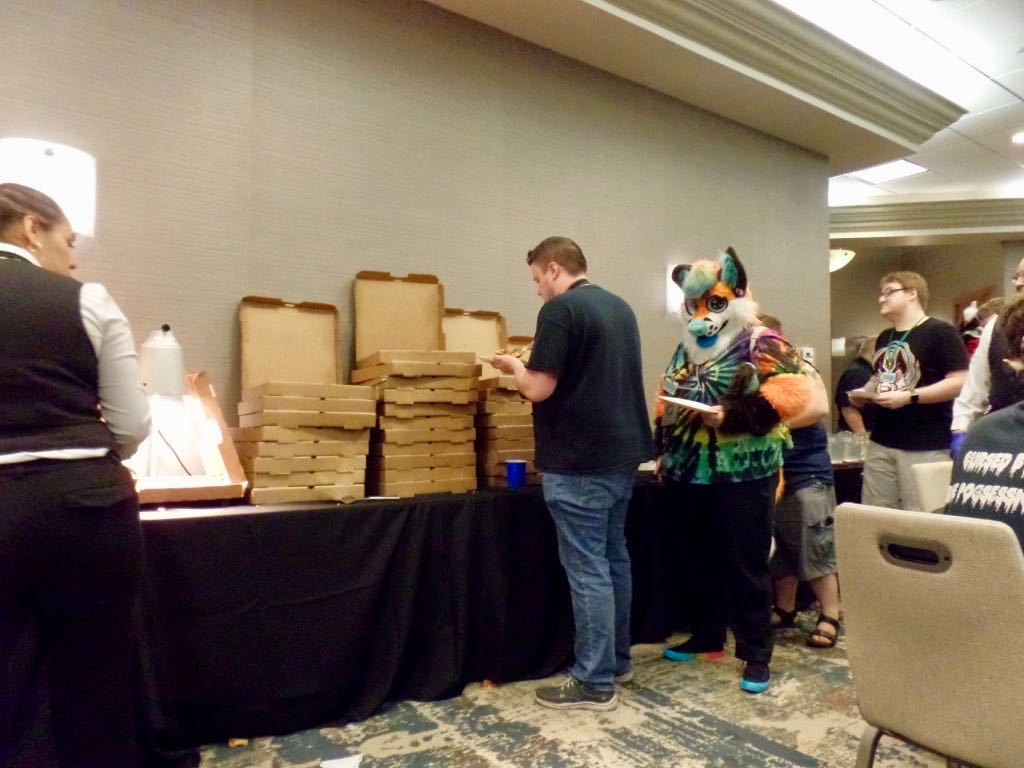 Pizza lunch was Friday this con around. The hotel worker seems amused to see someone in suit getting a plate full of messy, greasy stuff. 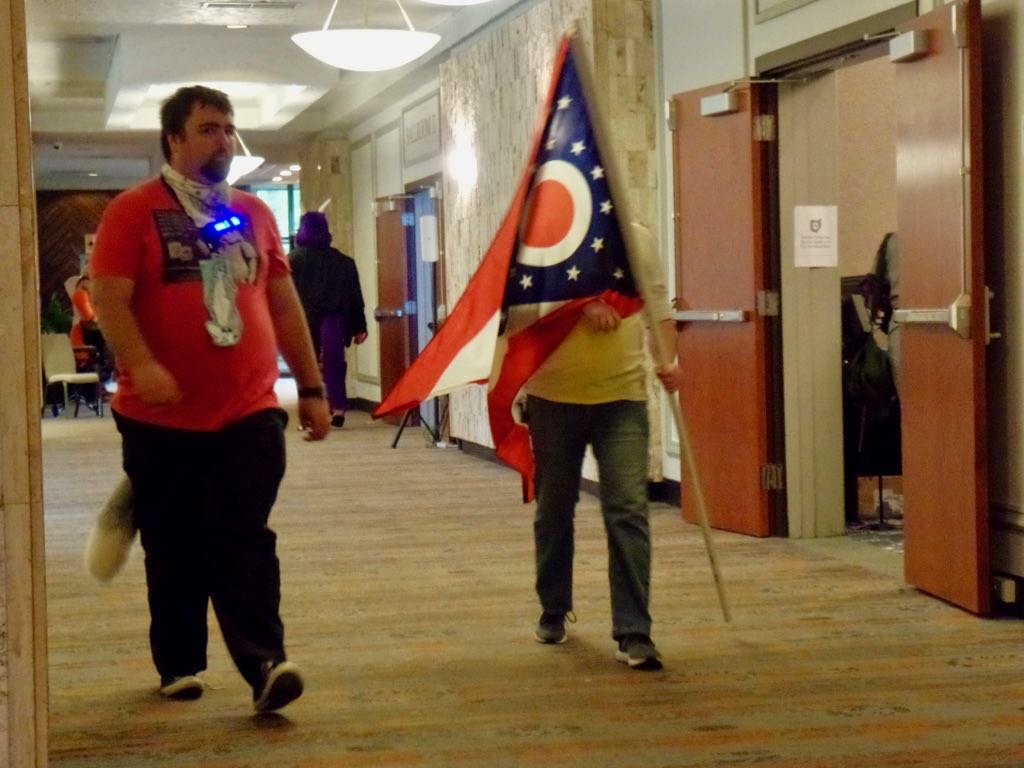 Ohio pride: like Texas pride, only somehow less aware that every other state is snickering when they do it. 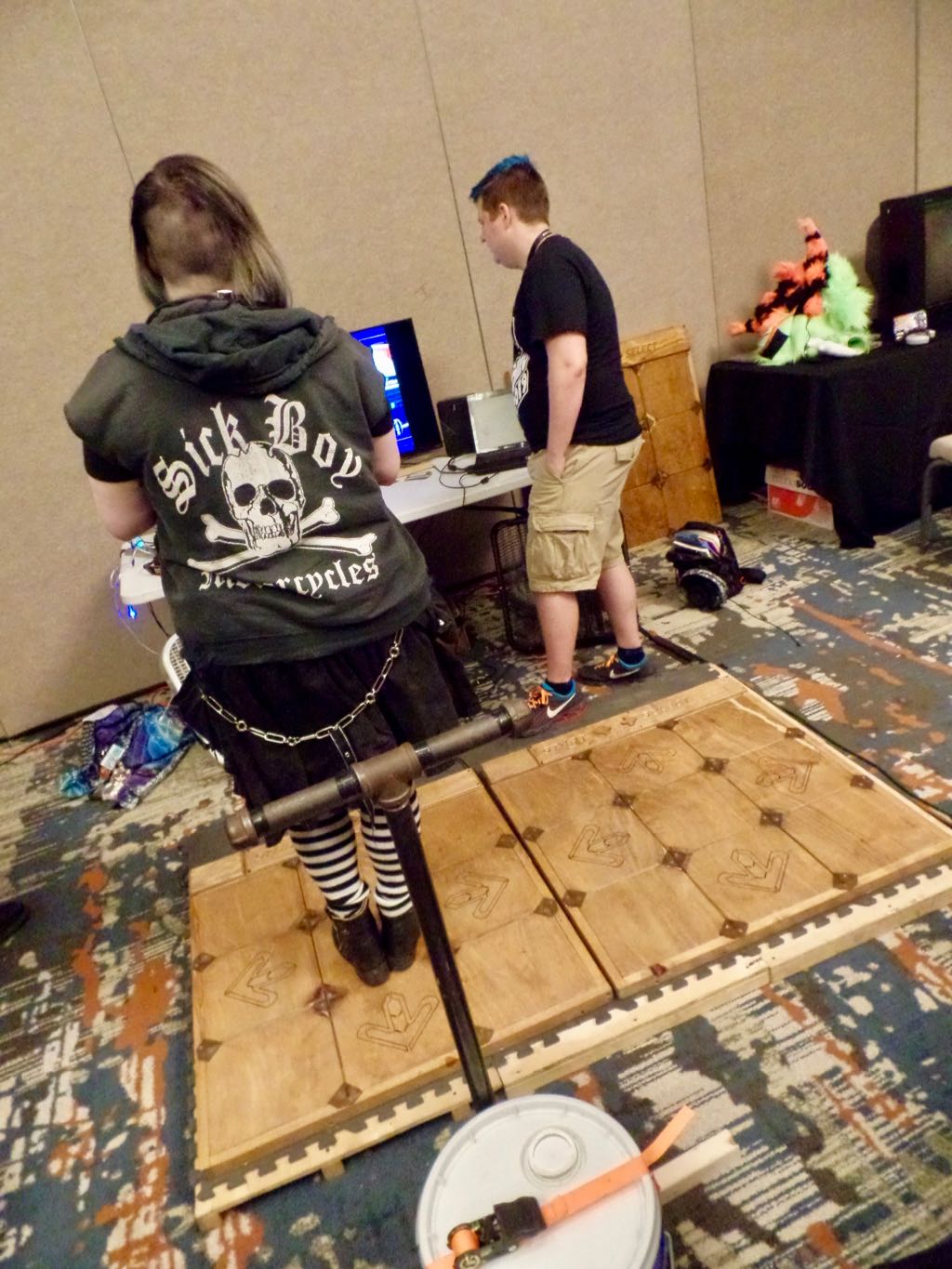 The game room had these attractive wood Dance Dance Revolution panels that I don't think I tried because I knew I'd slip and die the moment I tried to. 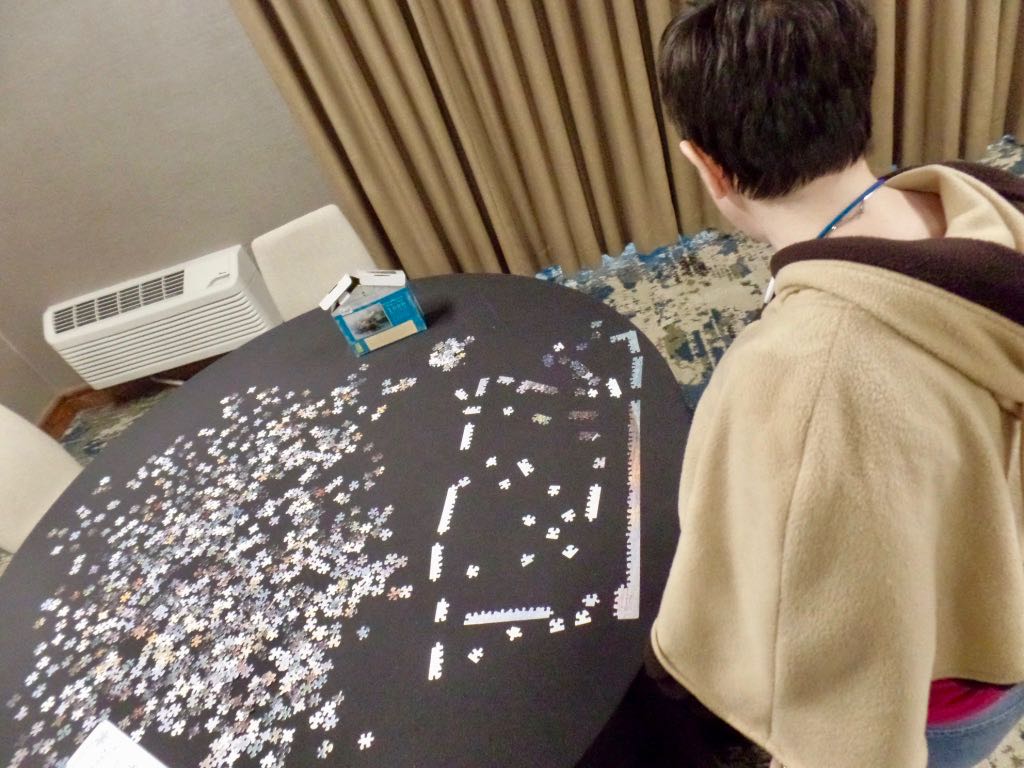 Communal jigsaw puzzle in the game room, the finishing of which became a minor

bunny_hugger con goal. We made it, although because the game room was left open a few hours longer than originally scheduled. 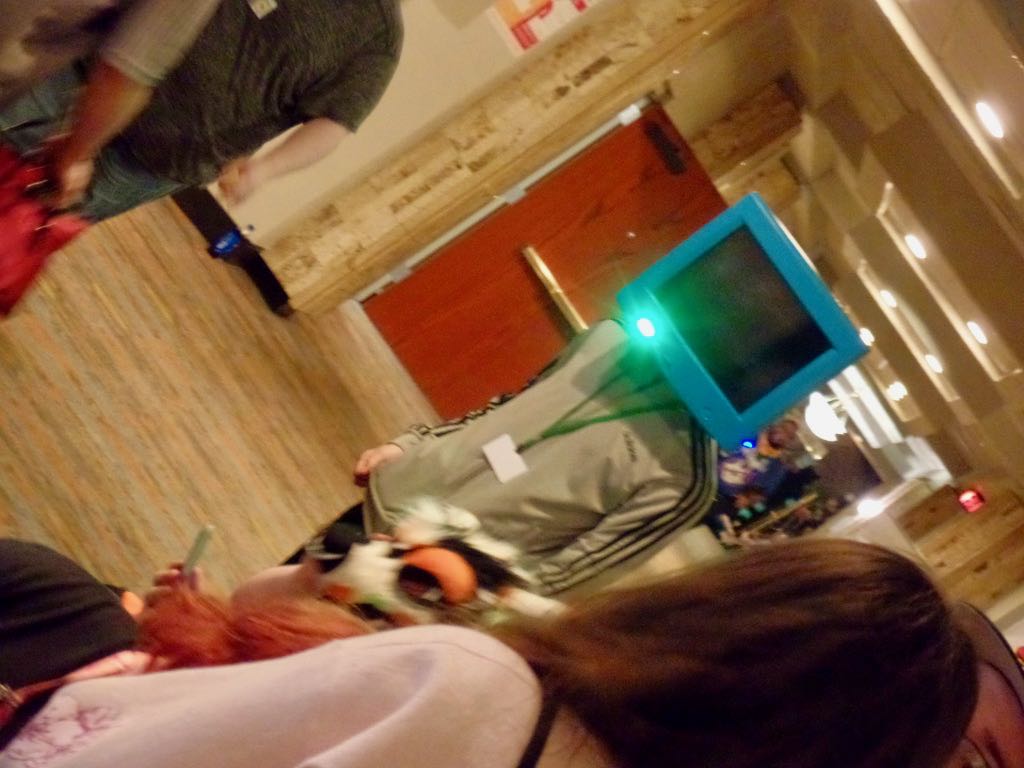 Did not expect to see a Buggles album cover attending the con!