Our local hipster bar opened. Six hours a day, is all, and at 25% capacity. They've turned on some of the pinball machines, too. Not adjacent games, from what we have heard. So there's forced distance between anyone and the nearest other player. And none of the games upstairs, which is disappointing since, at least when we were last there in March, that's where the games we were most interested in playing were. Also, the upstairs is always less crowded.

So, mm. First, I really really really hope this is a good idea but can't believe it is. I know they need to book some revenue before the students come back to Michigan State University and everything has to close again.

... And then while looking up the roster of local bars that had to close again for Covid-19 outbreaks I find there's a new executive order, gone into effect today, limiting indoor gatherings to ten people and prohibiting bars from indoor service. So possibly our place has closed again already.

Which is a relief in a way. This has been the longest I've gone without playing real pinball since the Silverball Museum opened. It's one thing to bear when there's just no way to play except going over to someone's house and messing up their quarantine bubbles. When it's that quick a walk away, though?

But I believe we are better off having the strictest possible lockdown until the virus is cleared away. Anything avoiding the one thing we have that can work --- don't go places needlessly --- is making the whole problem longer and worse. So we shouldn't go to bars until we're in the clear.

I don't know if it's Popeye that said your principles are the things you believe in even when they hurt you. It's in line with his character, though. Still, temptation's easiest to avoid when it's been taken away from you. 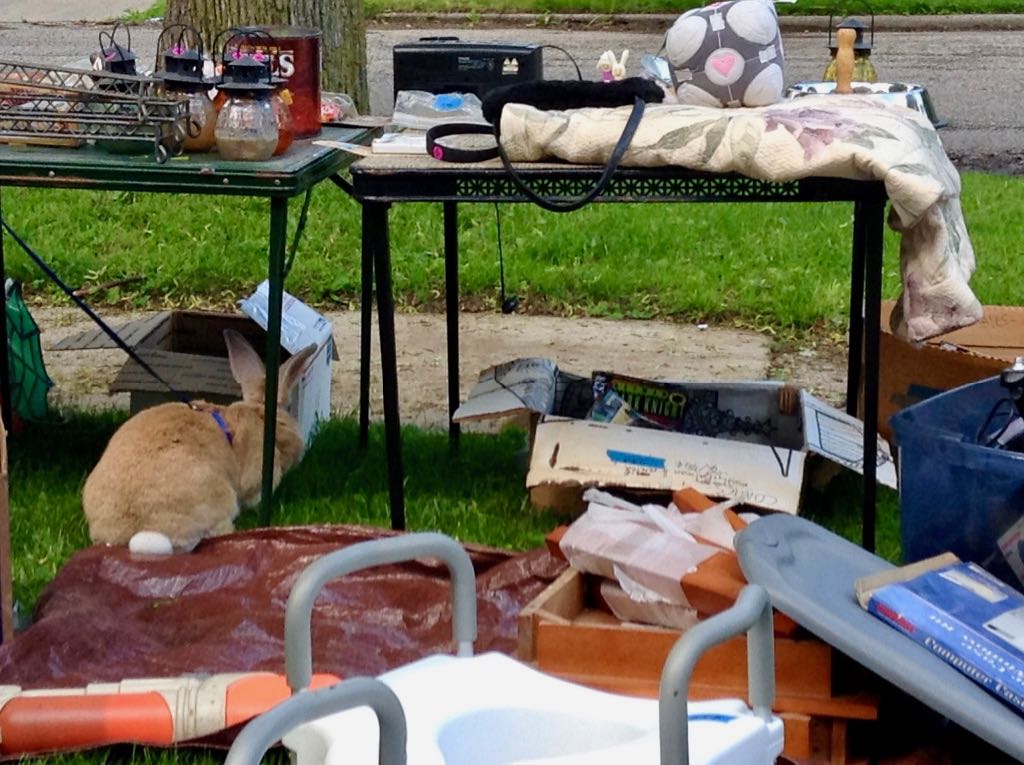 From our last and final yard sale. After several dismal hours we brought Sunshine out to bring some joy and life to the proceedings. Rabbit looking over the books. 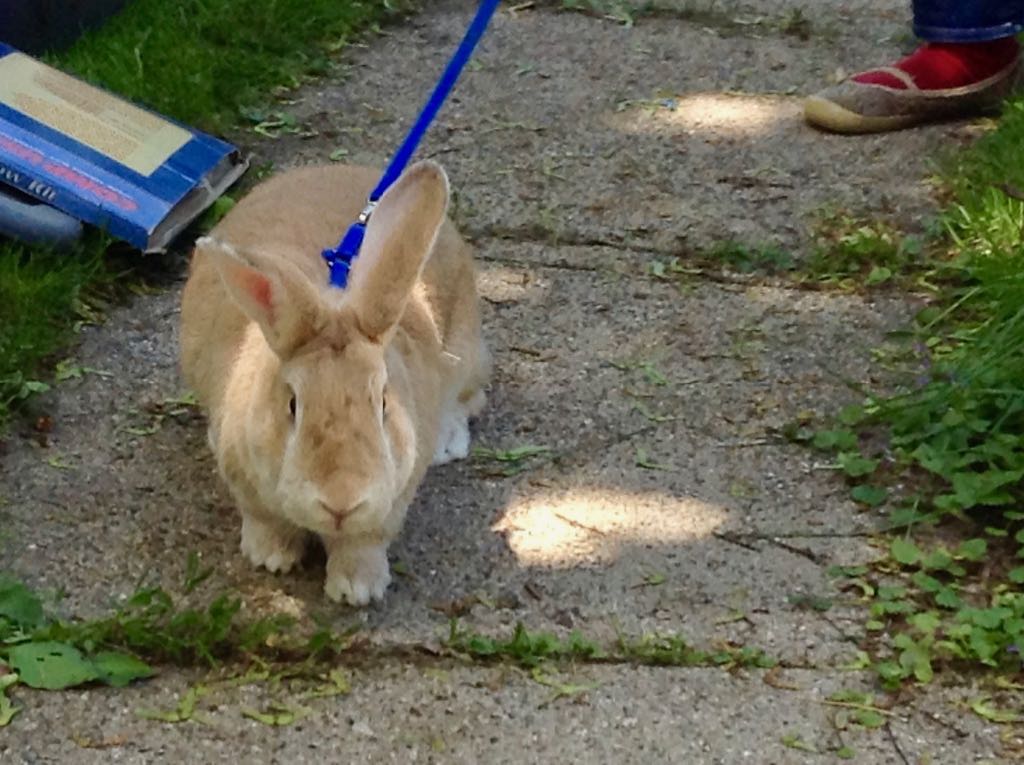 Yeah, she's out of here. (Sunshine is pretty good about accepting the harness; not all rabbits are.) 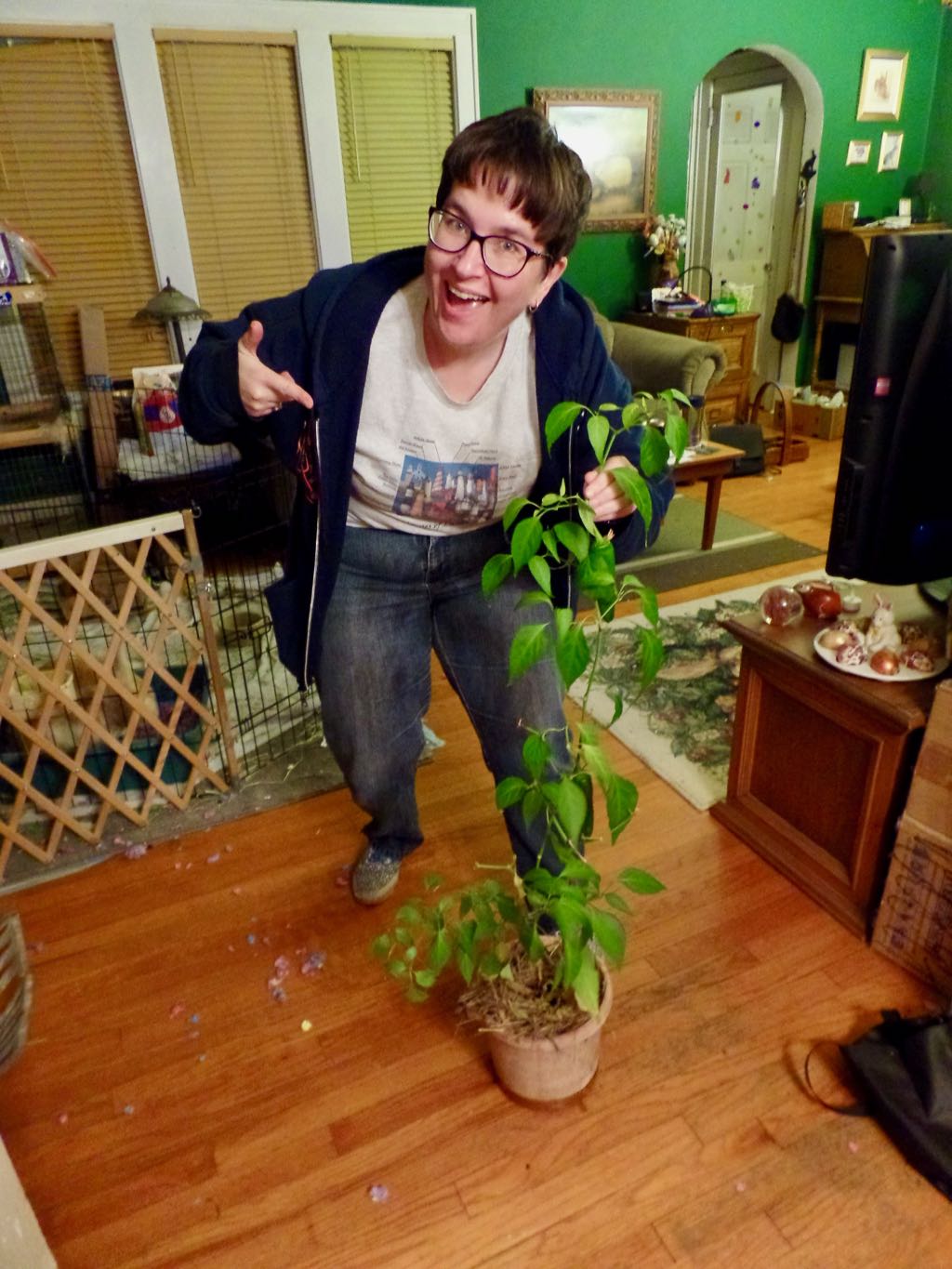 bunny_hugger is very impressed with the plant's growth! 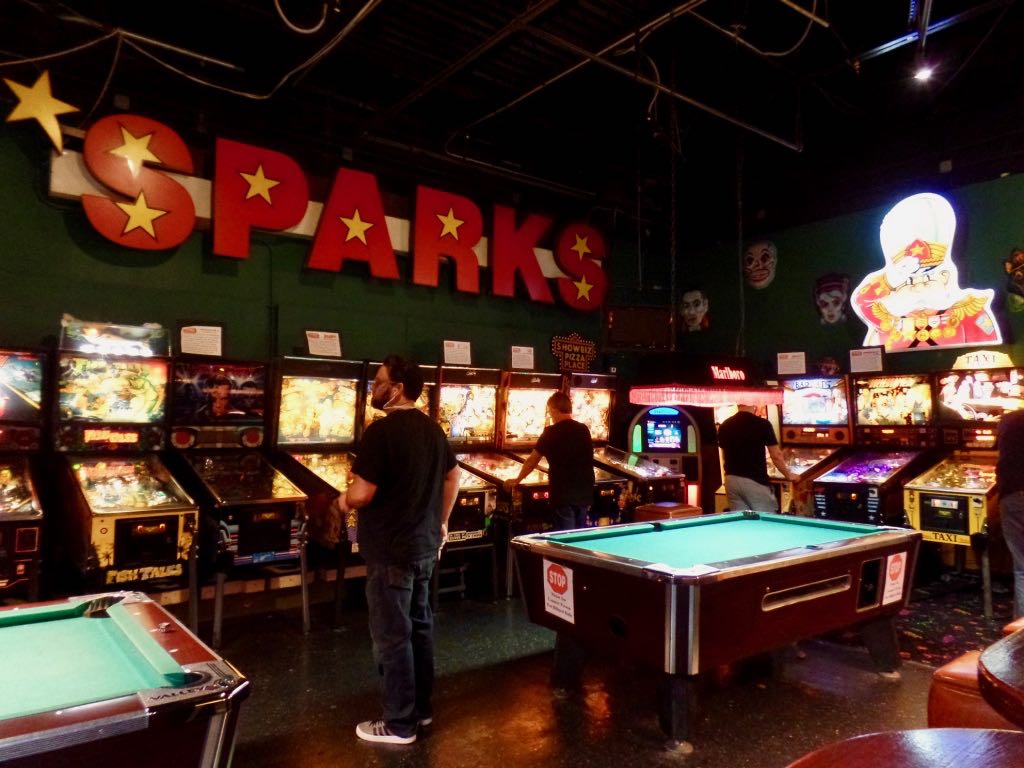 The Sparks pinball museum is way off east of Detroit; it's got a great lineup, as you can see, but the league meets Monday nights and takes most of summer off so we can only rarely get there. 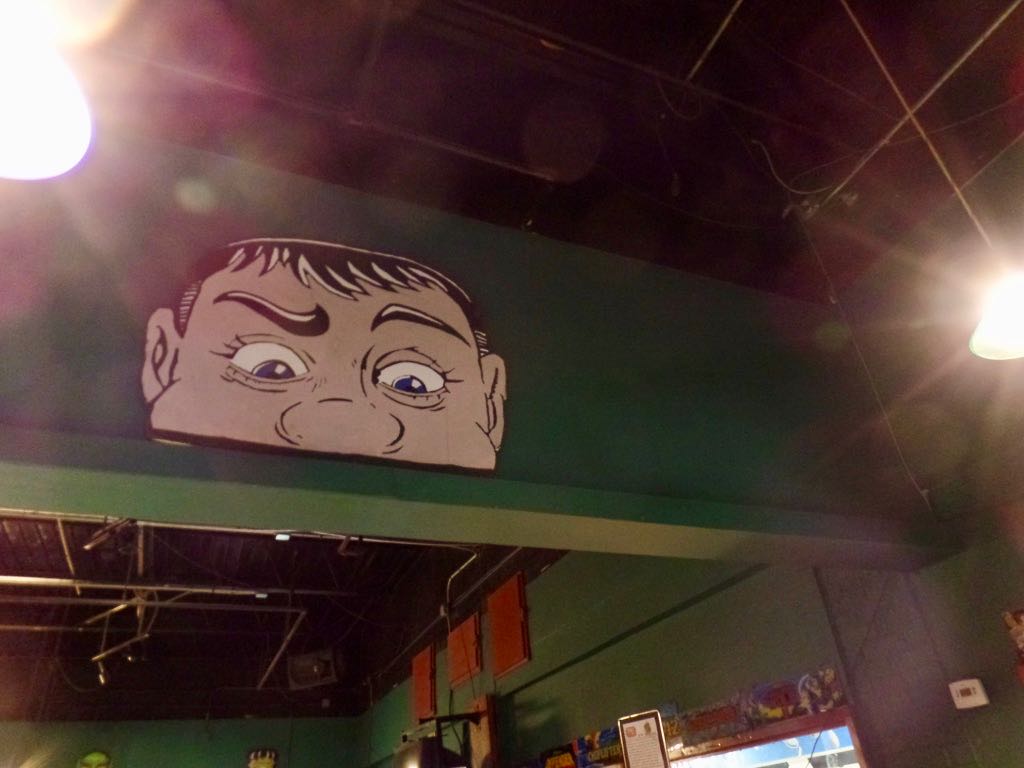 Did you ever have the feeling you were being ... watched? 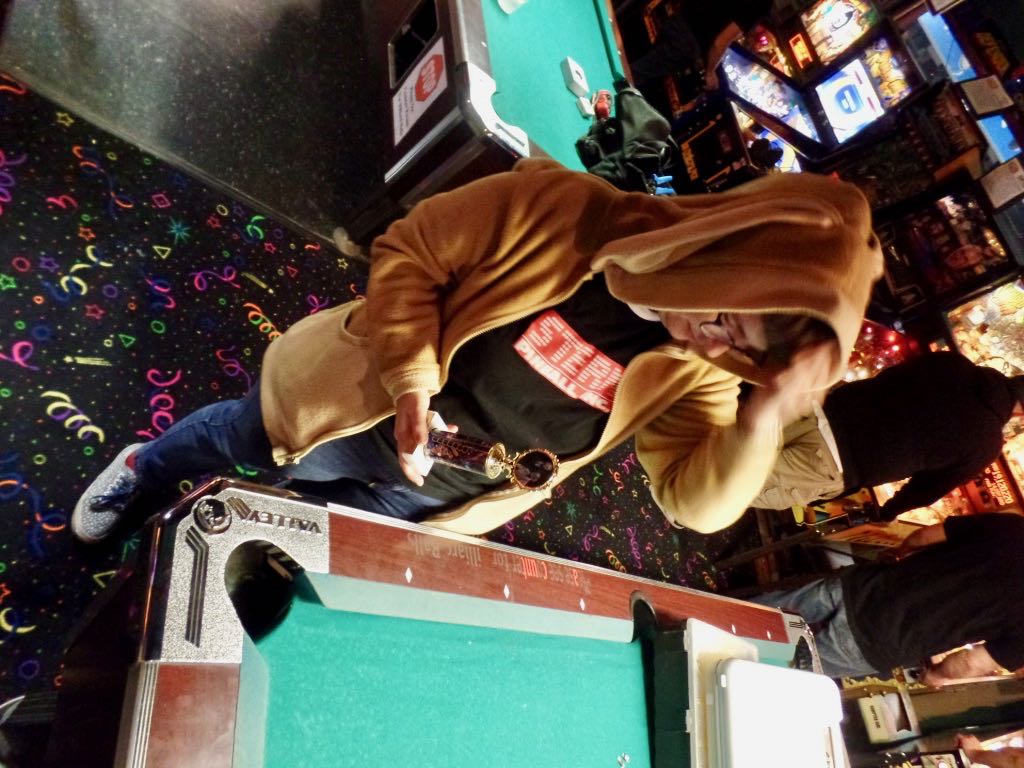 bunny_hugger surprised once again to be taking home hardware from a Sparks event. 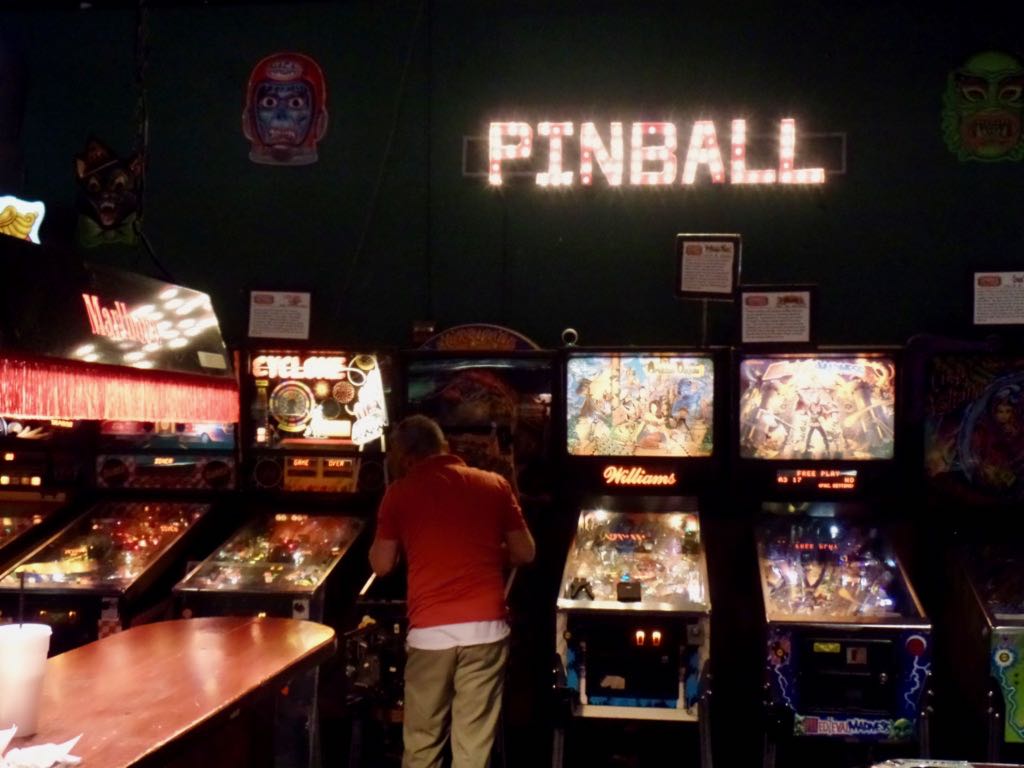 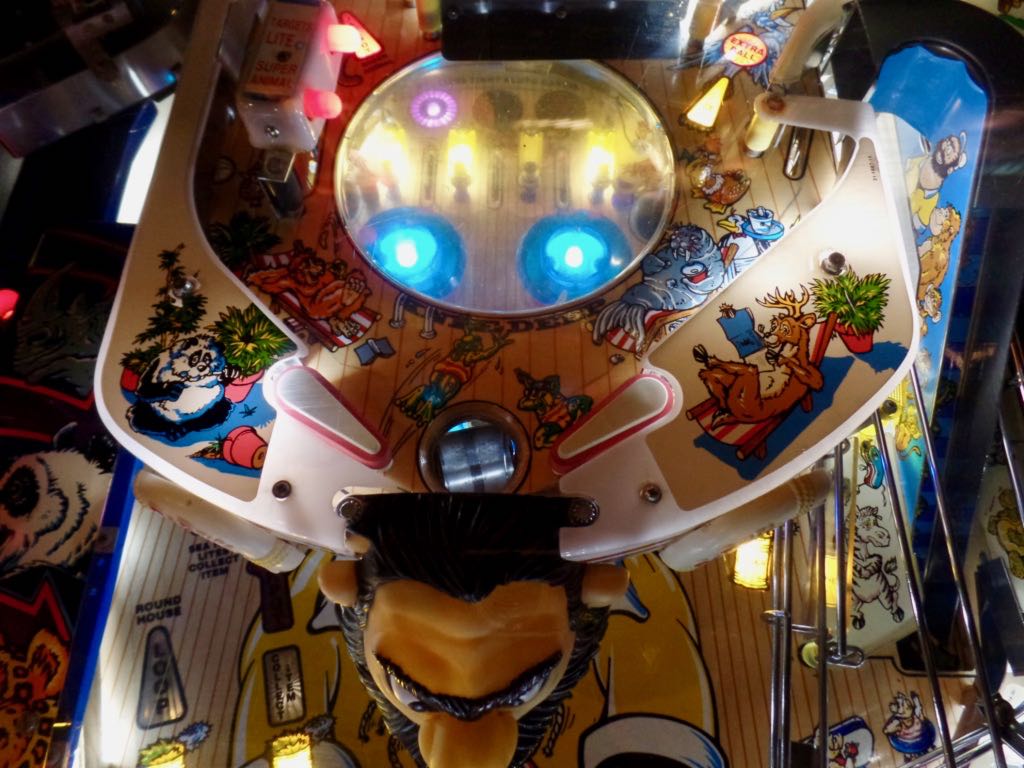 The upper playfield of the Popeye pinball game. You can see why it was swiftly dubbed ``the toilet'', but check out the not-drawn-by-a-furry art. 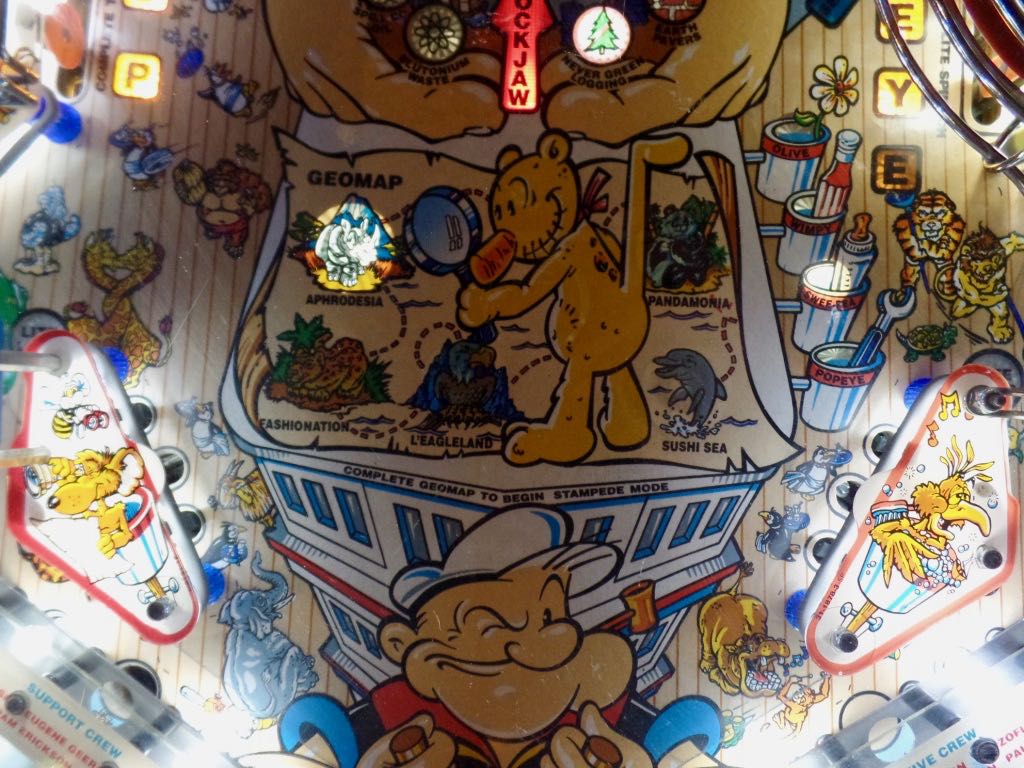 Really nice pictures of Popeye and Eugene the Jeep. Meanwhile, boy, that's a lot going on with the playfield. 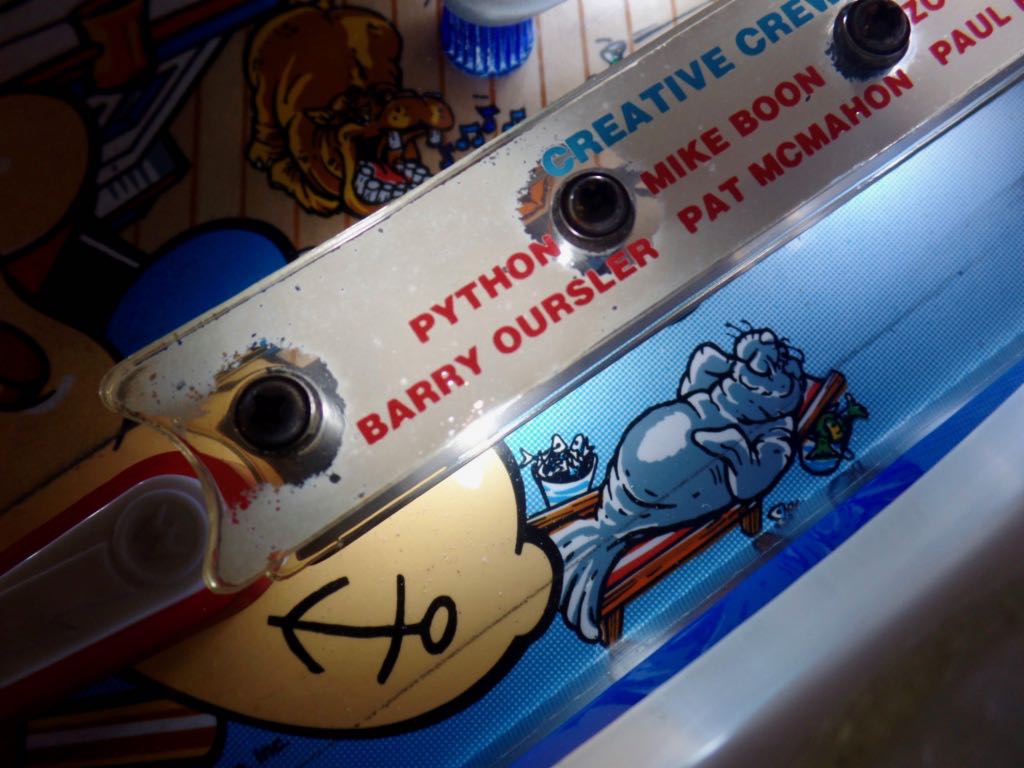 Walrus sunning himself along the outlane. Python is Python Anghelo, who had an impressive and bonkers concept document for this game, and also created Joust. 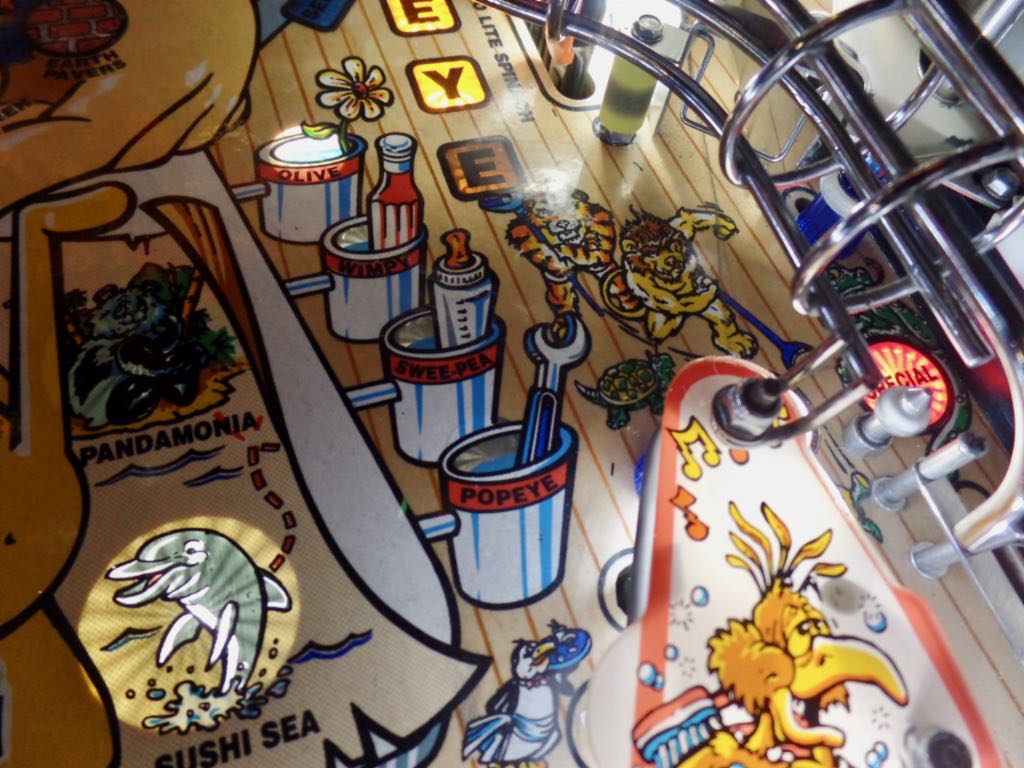 Trivia: The 1st of August was, on the Celtic calendar, the festival of Lughnasa, adapted into Christian cultures as Lammas. Source: Mapping Time: The Calendar and its History, EG Richards.