bunny_hugger did a double-take at the noon news. Their commercial outro showed a Bally Game Show pinball. She took that in stride a moment and then remembered she wasn't looking at something on the computer where stuff is meant to appeal to or anger her.

So the story is the guy who owns Rocket Arcade, in South Haven, on the west side of the lower peninsula, wants to know when he'll be able to re-open. And he made his protest by setting up a game at the capitol and playing it. As protests go, it's far better than, you know, every right-wing nutter with guns and a sense of entitlement. Still, he complains that arcades have been grouped with amusement parks and casinos, instead of a ``small business'' like gyms or salons. It's reasonable to want support for small businesses, but (a) gyms and salons should not be open in the first place, and (b) you're either willfully ignorant or lying if you don't see arcades as tightly linked to amusement parks and casinos. Just on historic grounds, never mind being things really not essential. Also, not mentioned, but barcades should not be open either.

It was neat to discover a pinball place we'd never heard of. And one that's got Game Show, a late-solid-state game. It's an era we particularly like and don't get to play nearly enough. If we had learned of the place through the owner not asking when he can join the plague party too we'd probably stop in, at least once.

Meanwhile, in the story comics I answer the questions of What's Going On In Rex Morgan, M.D.? What is Rex Morgan doing for the pandemic? June - September 2020 in review.

Now let me share with you a lot of pictures of water. 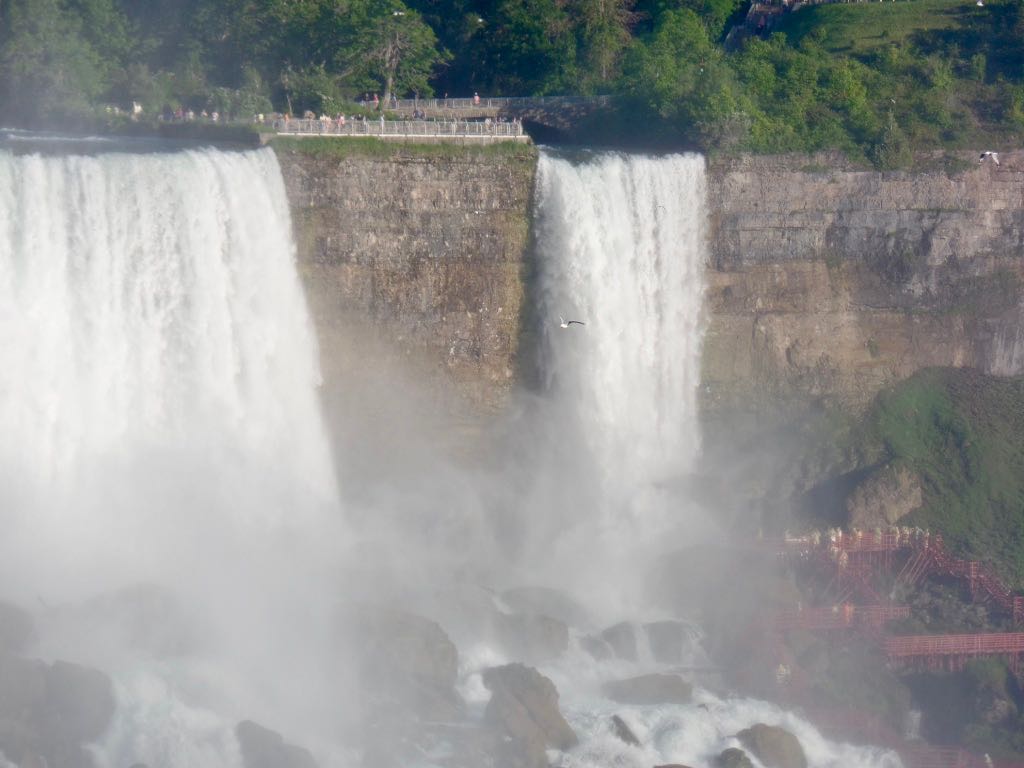 Bridal Veil Falls, but mostly, a look down at a seagull in flight. I always love when I can take pictures of a bird from above. 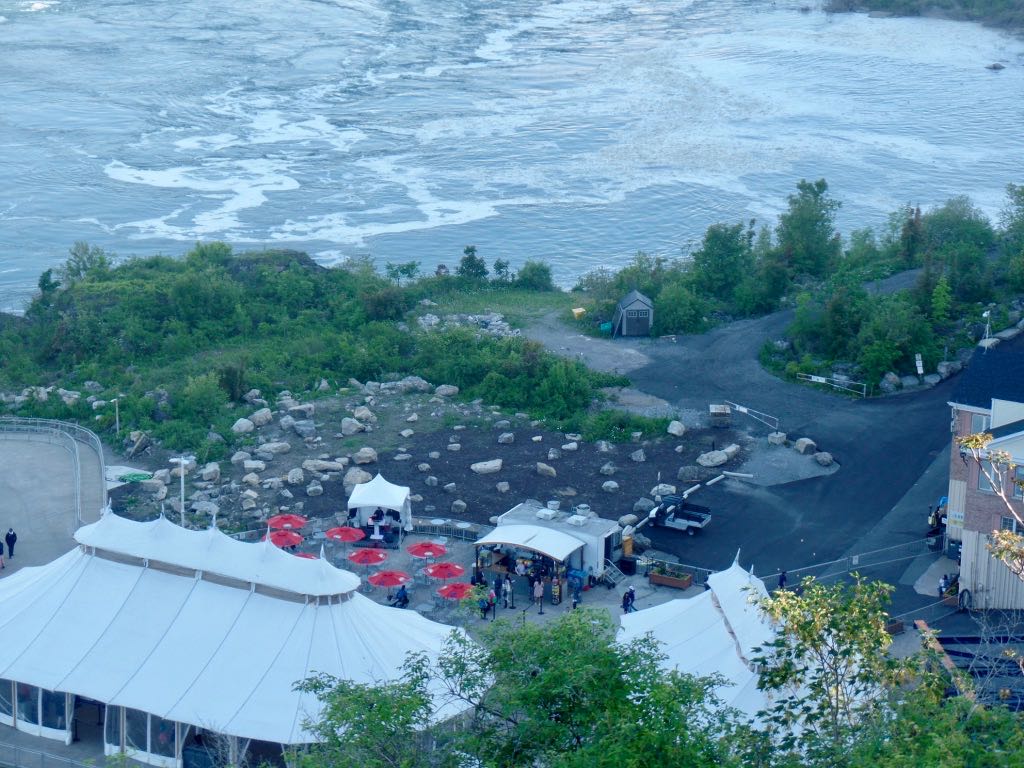 Peering way down at people buying tickets to a boat ride. 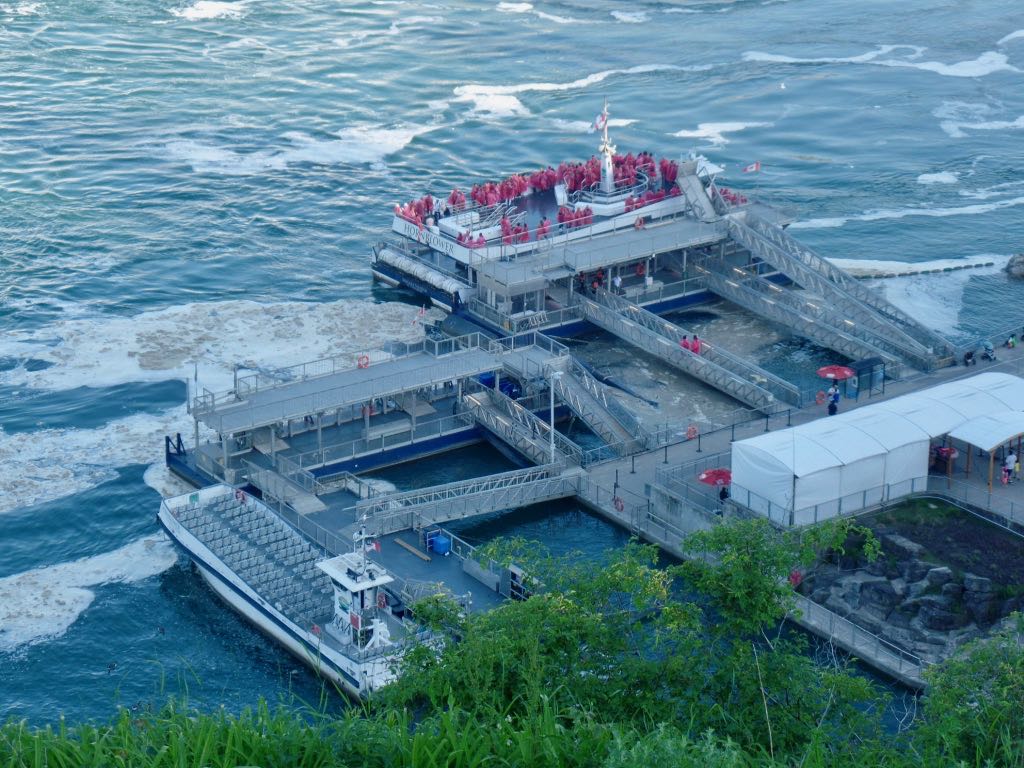 And the boat dock for your sightseeing tours. We would not go down there. It was too chilly to add cold mist to things.

Here's that panoramic shot you've been waiting for me to drop!

bunny_hugger peers way out at the other telescope. 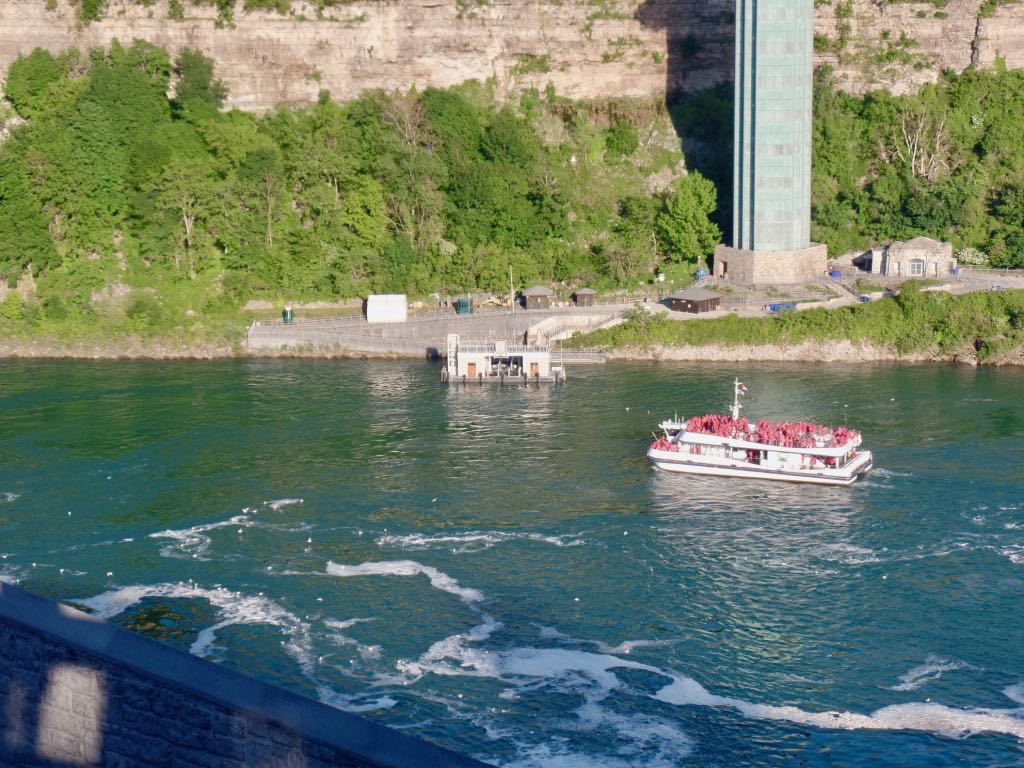 Boat chugging its way along toward the United States side of things. 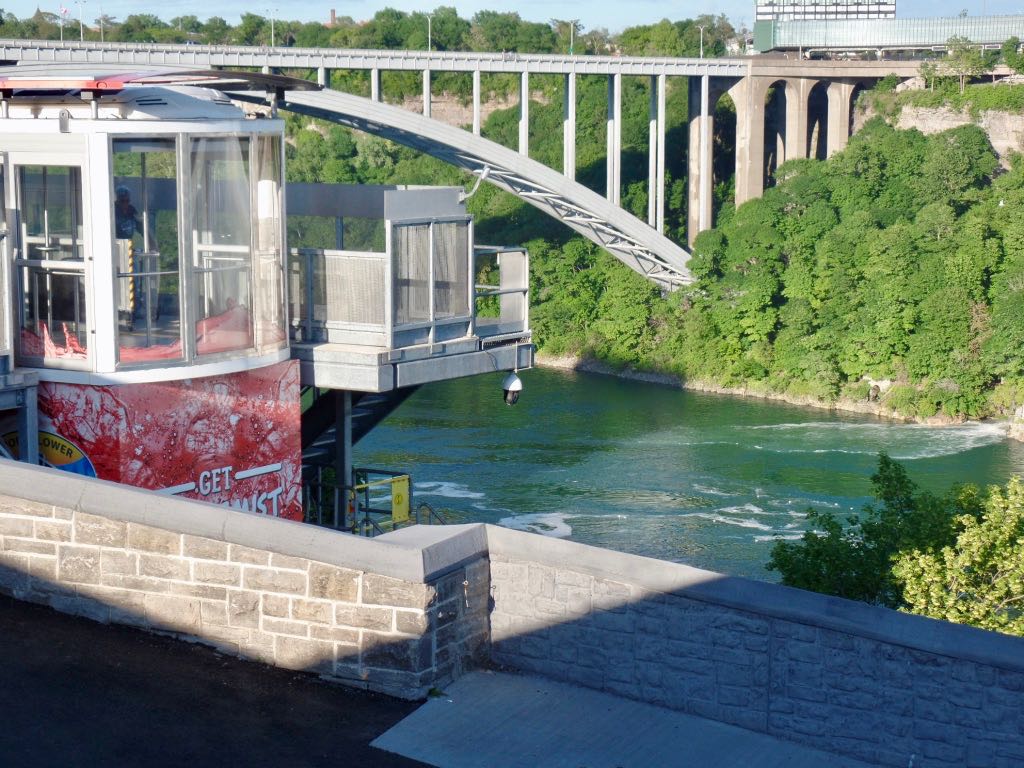 And a view of the Rainbow Bridge, which we'd used to get into and out of Ontario here. 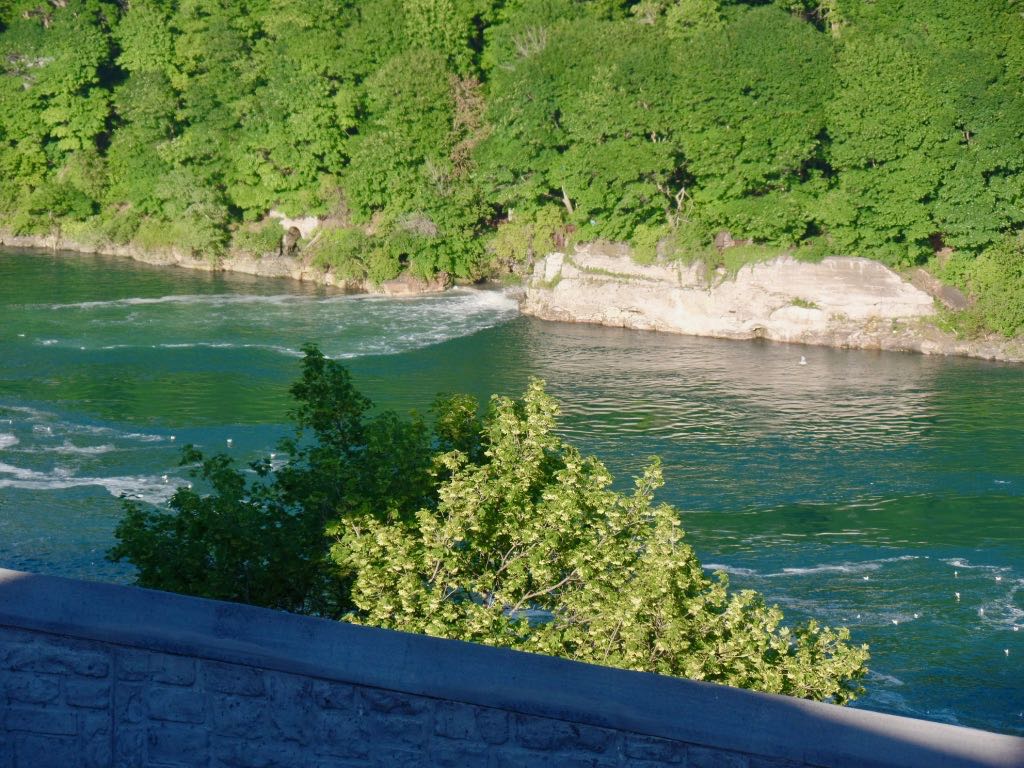 Small little outlet of water into the Niagara River, after the Falls. 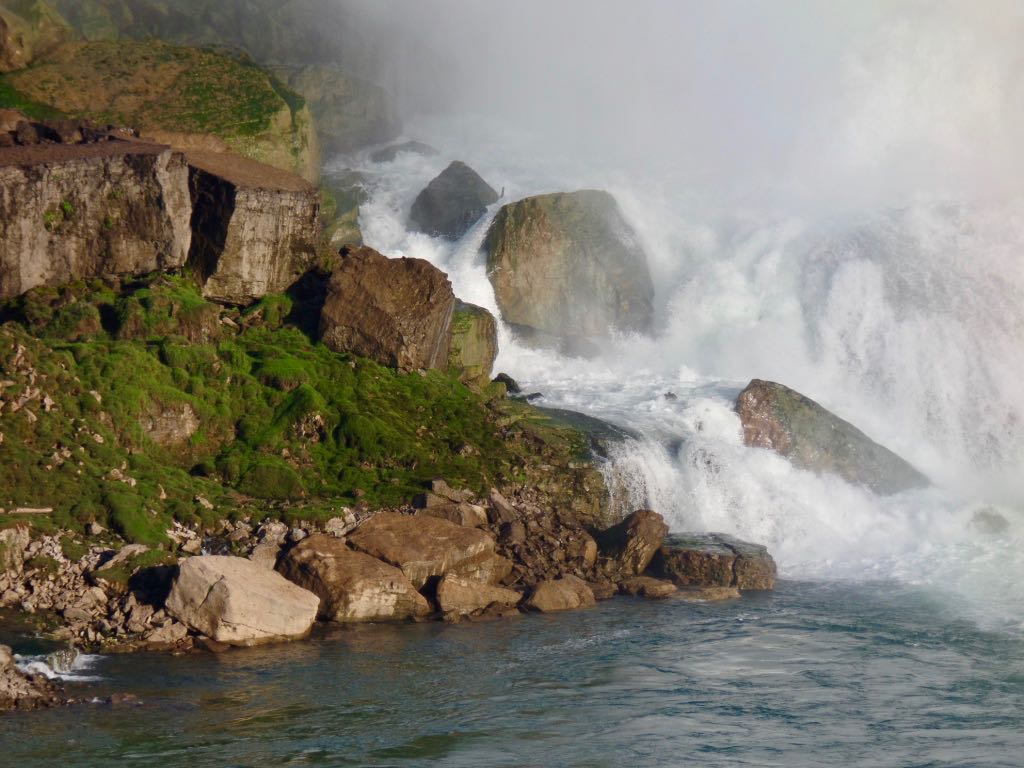 Meanwhile in the opening to Land of the Lost. 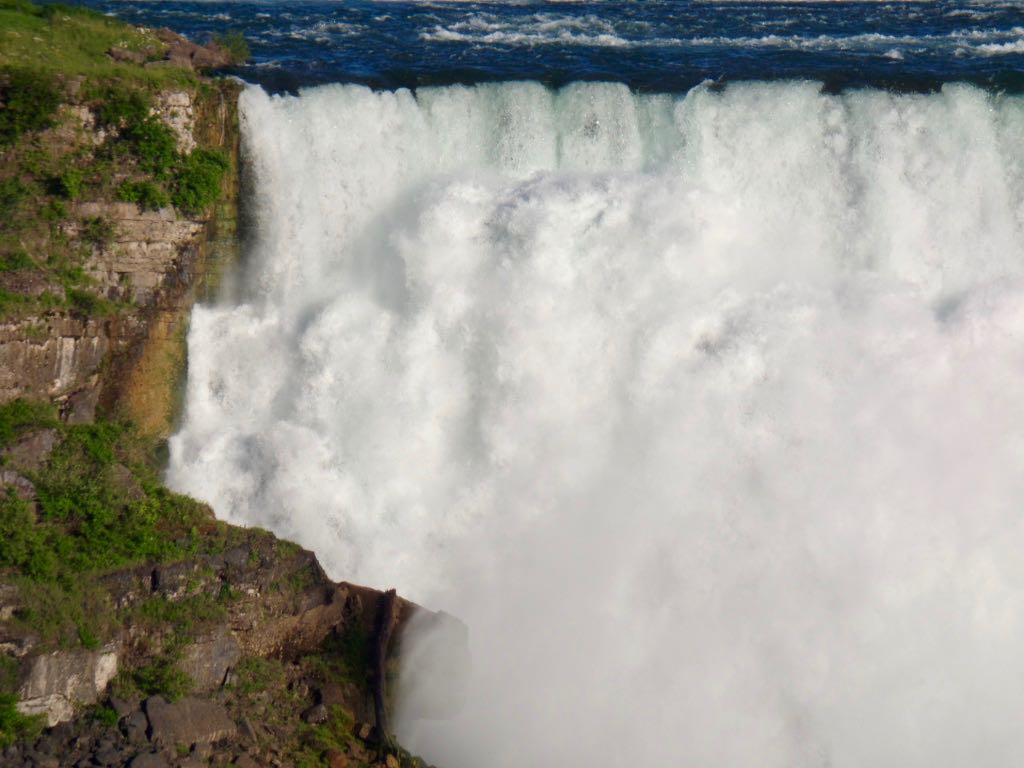 And more of the Falls, and the chance to look at the end of the world. 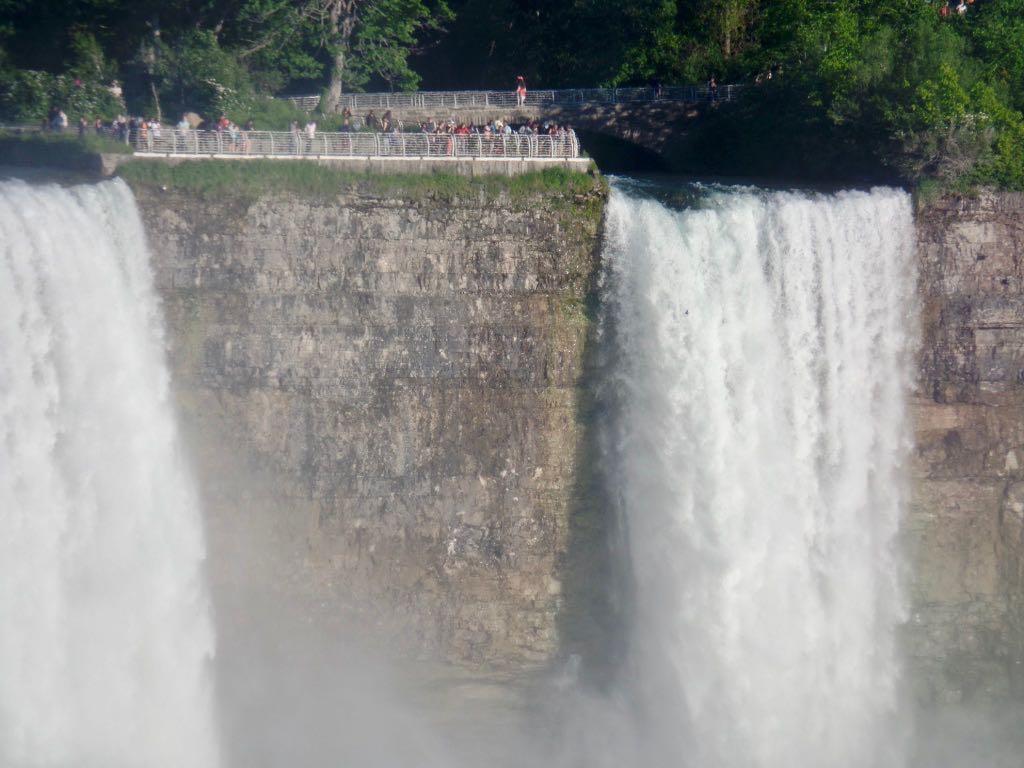 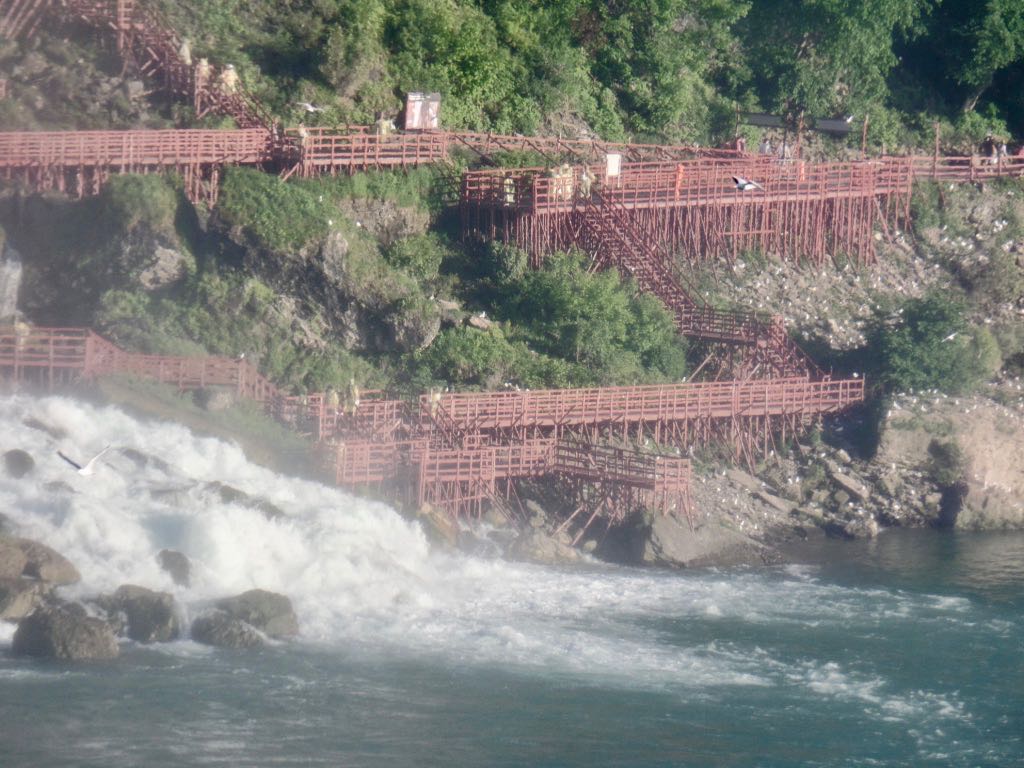 When you forgot your Roller Coaster Tycoon ride needs a queue also and the topography is all annoying and you just have to make do. 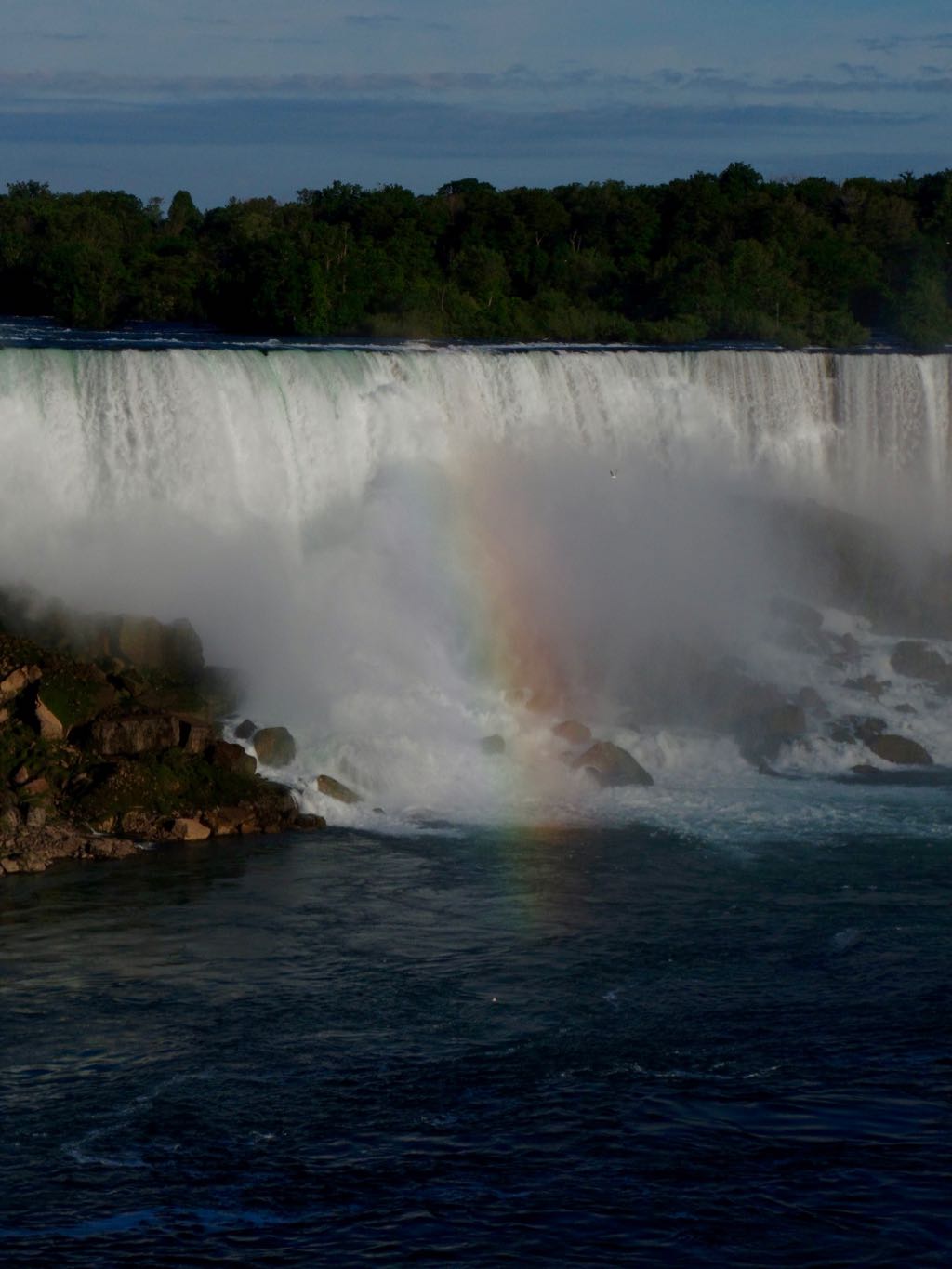 And here I stepped down the exposure to get the American Falls and more of the rainbow.

Trivia: In his Poor Richard's Almanac for 1752, the year the British empire changed from the Julian calendar, Benjamin Franklin printed the whole text of the calendar act and the observation that, despite the calendar's improved time-keeping, it had an excess of one hour, 20 minutes, in four centuries and so would still gain a full day on the seasons in about 72 centuries. Source: Marking Time: The Epic Quest to Invent the Perfect Calendar, Duncan Steel. (We would today estimate it at closer to 8,000 years, although other orbital effects will become important before then.)