The state is loosening up its Covid-19 restrictions because, I guess, we don't have enough dead people yet. I mean dogs have worked out the pattern by now, why can't politicians?

Well, here's pictures of stuff I saw walking at the end of May, according to the photo stamps. So that gives some idea how much less of everything there was in 2020 that I'm now only ten months behind. 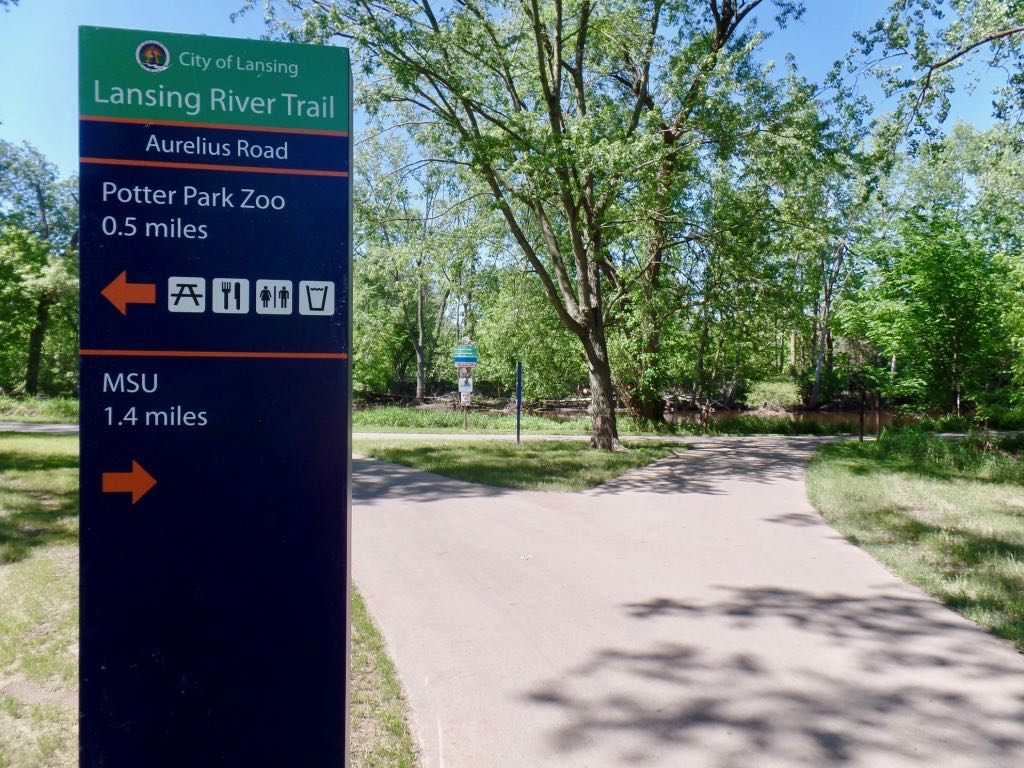 Among the first substantial walks I started taking was to the zoo. Here's the split in the river trail between the zoo's direction and the Michigan State University's campus direction. I've never walked to campus along the river trail as that's longer than just walking down the street. 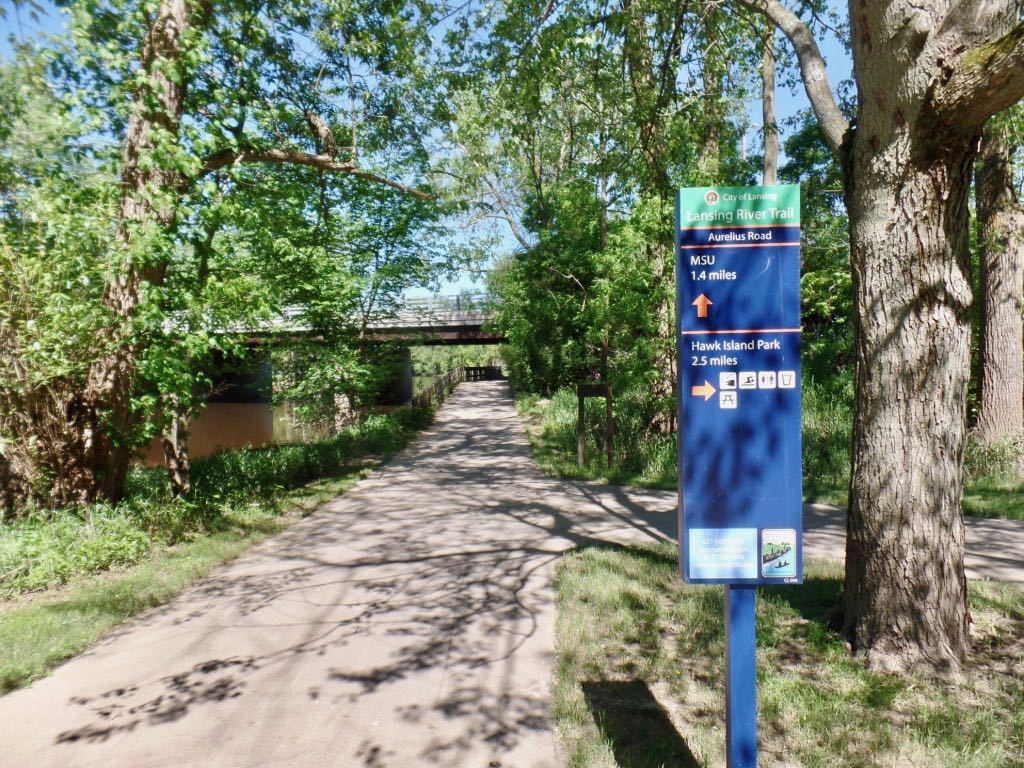 But that MSU path does lead to a pretty good loop around the river that, starting from home, gives a convenient roughly-five-kilometer walk and

bunny_hugger has used that for some of her virtual races. 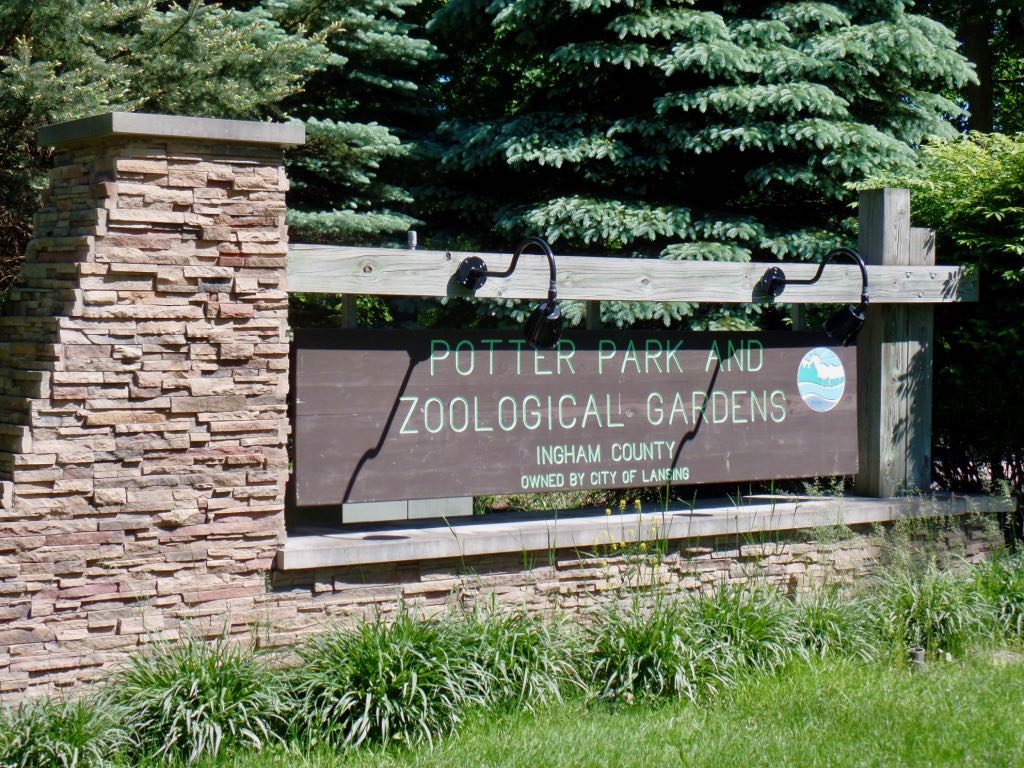 The inner, parking lot, entrance sign for the zoo. 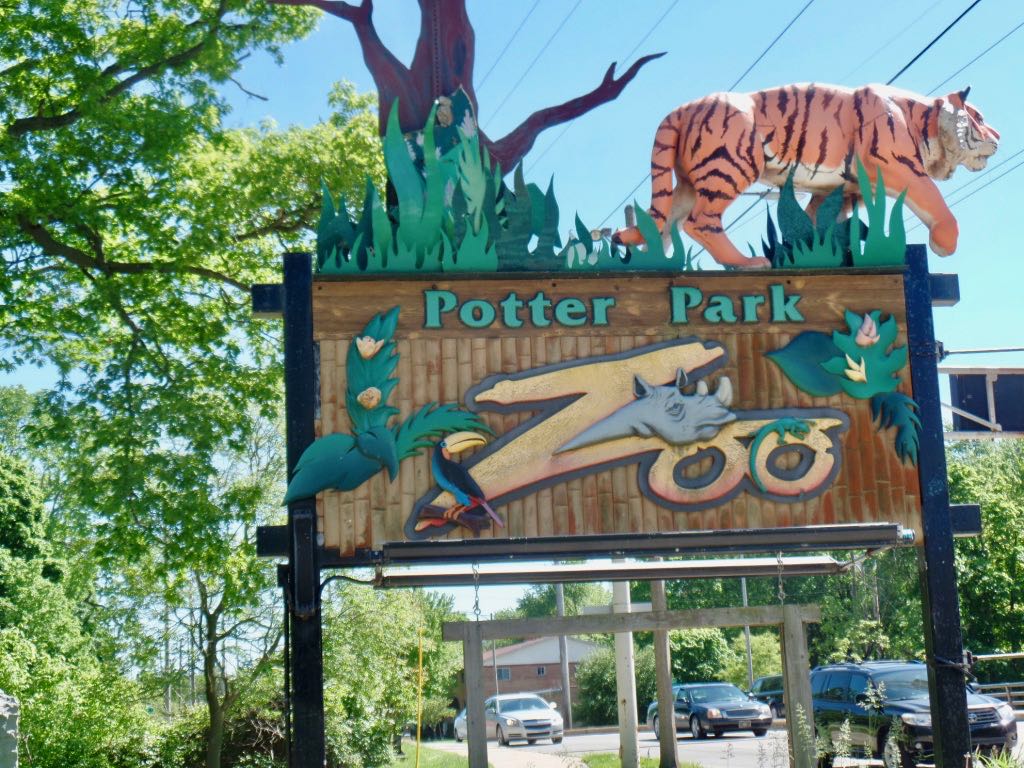 And here's the street-facing entrance to the zoo. 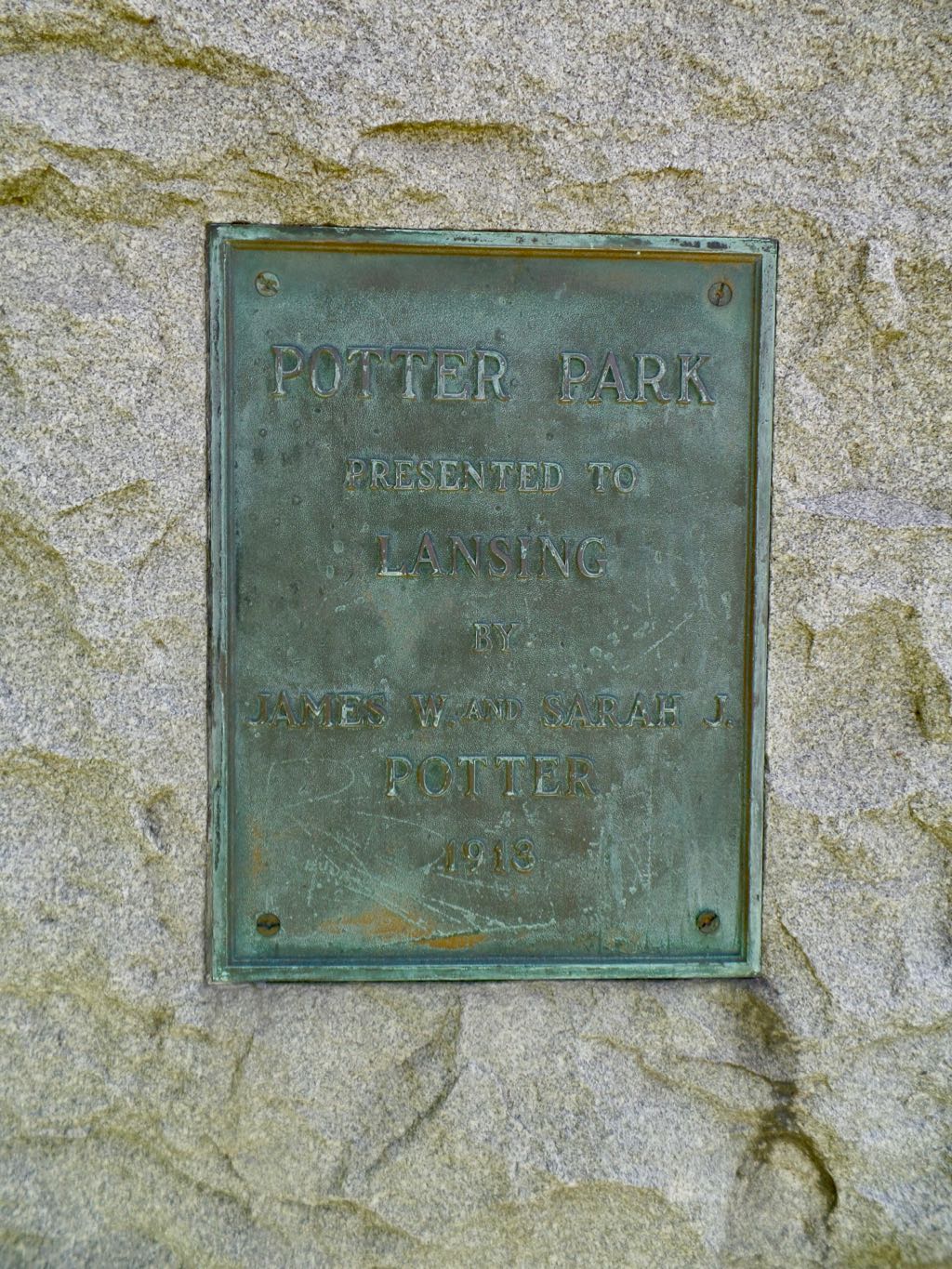 Plaque put off by the side celebrating Potter Park's presentation to the city by James W and Sarah J Potter. 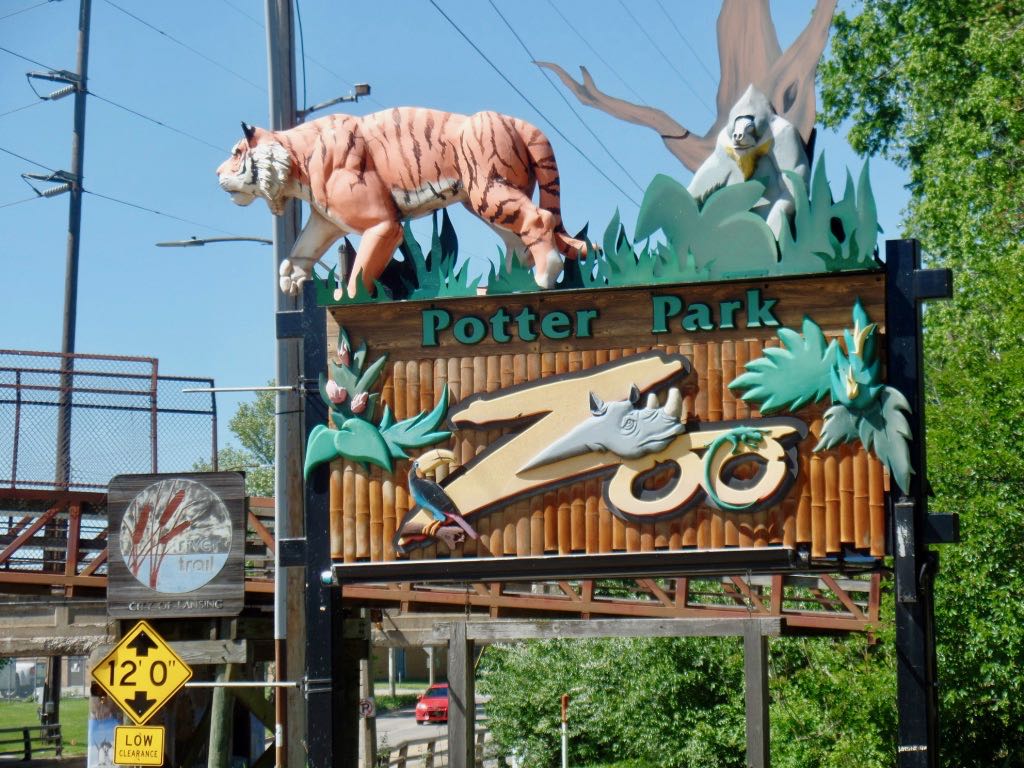 And here's a view of the zoo entrance sign and the River Trail sign, looking northbound and so better sun-lit. 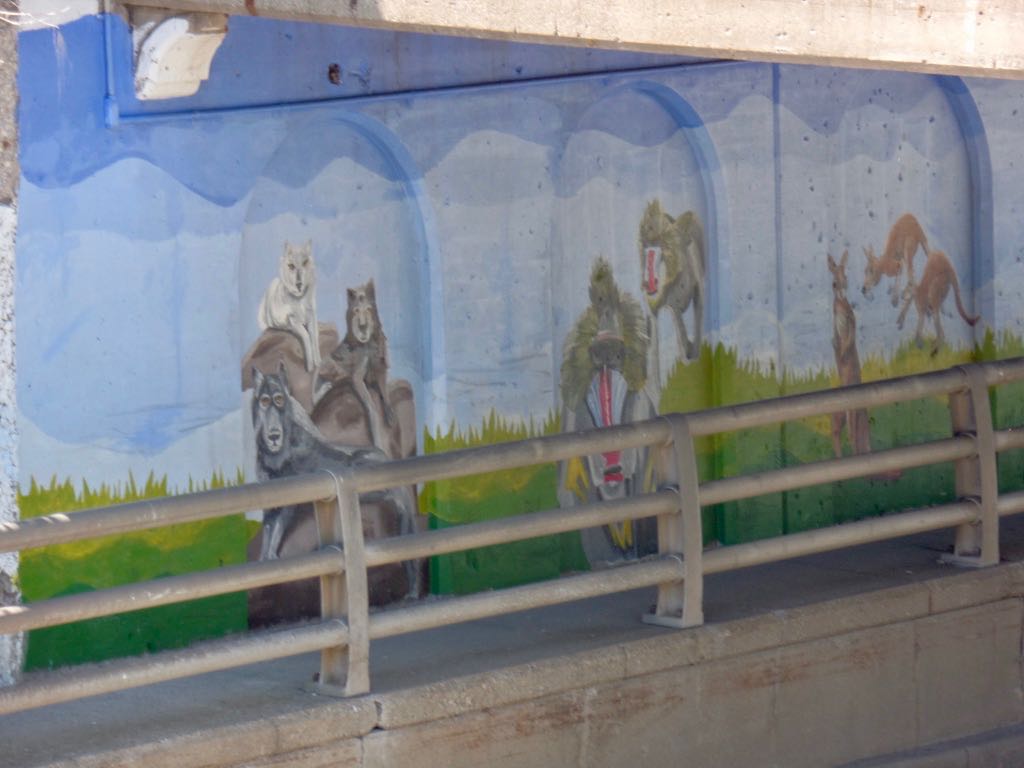 The railroad bridge has zoo-inspired scenes painted into the walls. 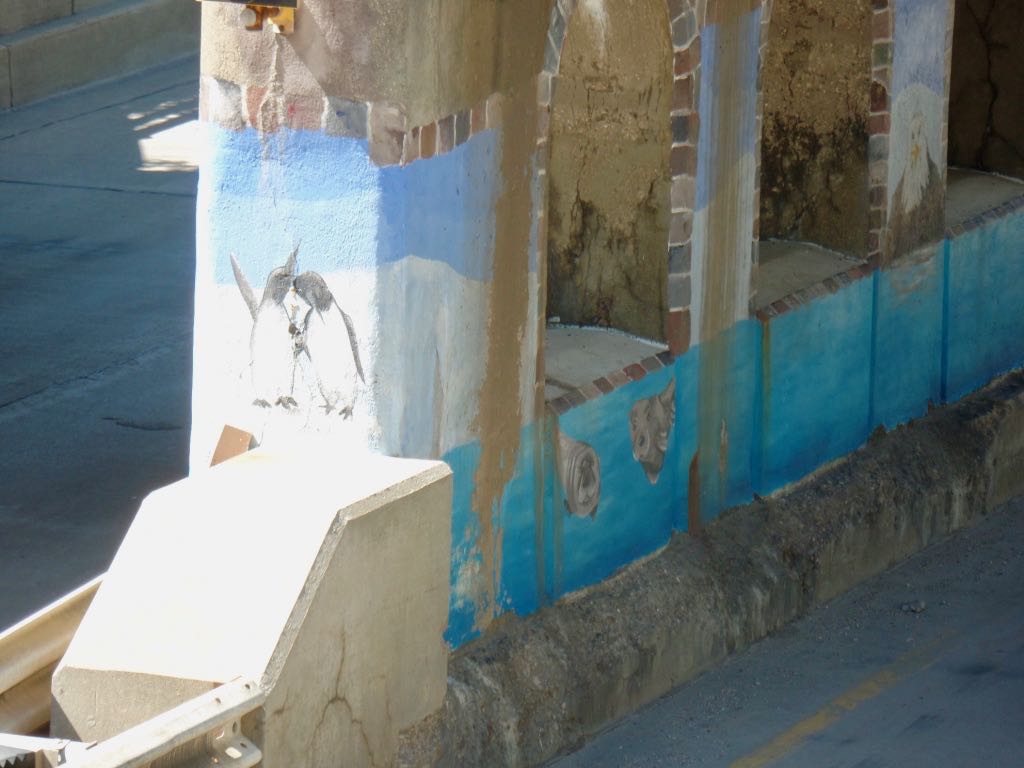 Penguins and walruses painted into the median of the railroad bridge outside the zoo. 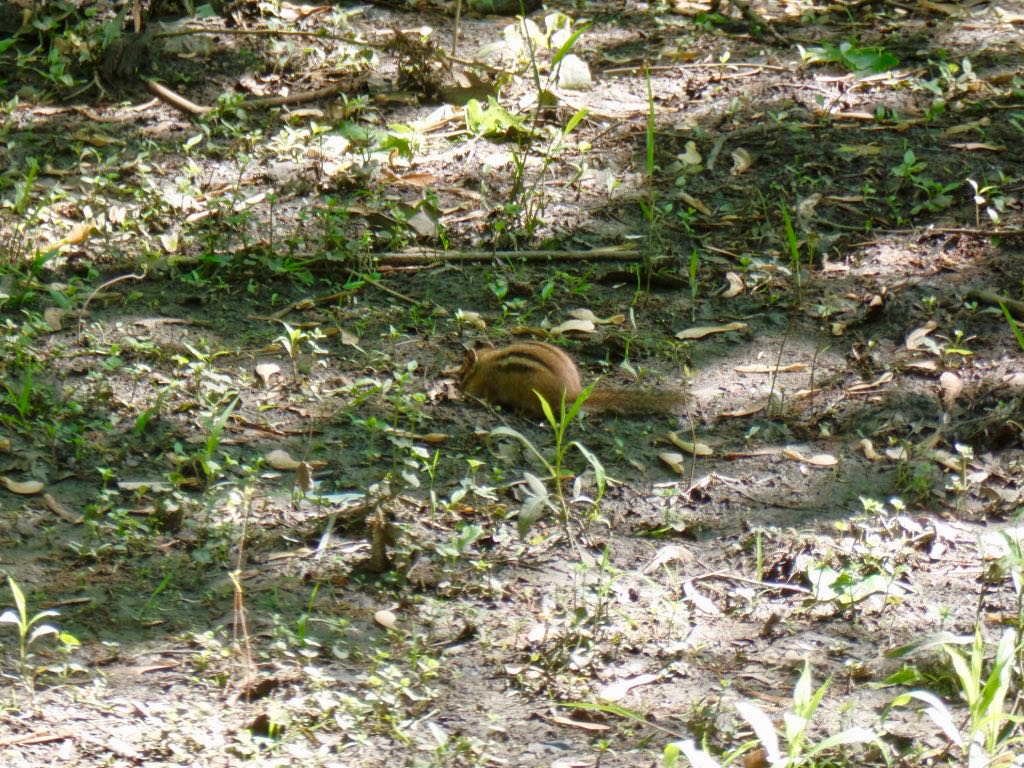 Neighborhood free-ranging chipmunk that I spotted in the park that railroad overpass leads to. 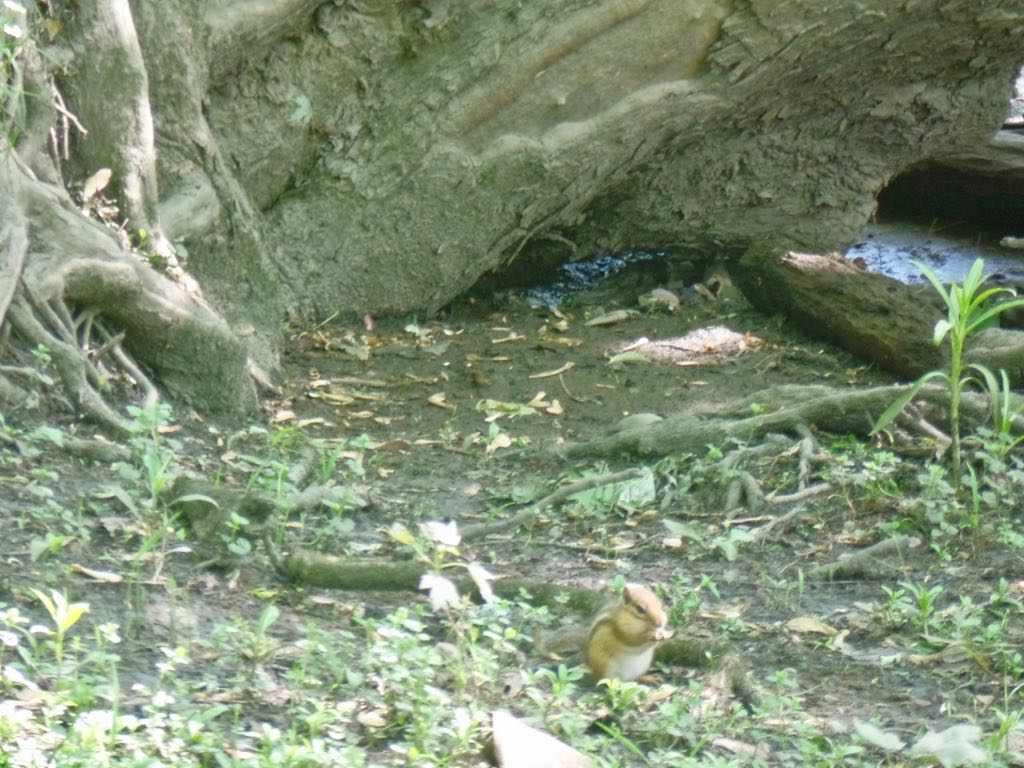 Trivia: Coast-to-coast Air Mail service began in the United States in September 1920, with planes landing for night, transferring mail to trains which would carry it through dawn. Source: Neither Snow Nor Rain: A History of the United States Postal Service, Devin Leonard.