Here's some more pictures of the State Tree, plus decorated houses in a neighborhood that isn't ours. And then, that is. 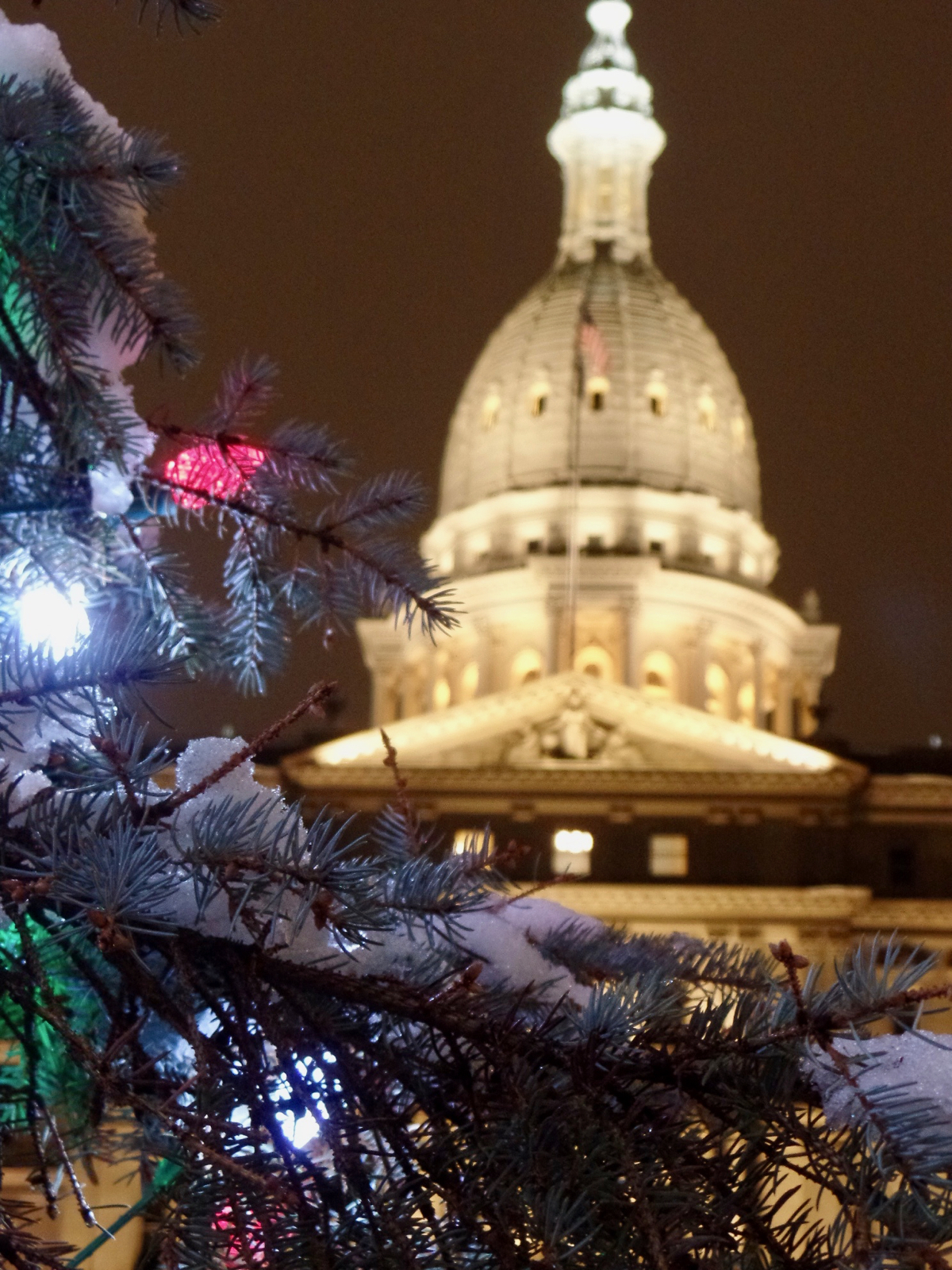 Another attempt at photographing the capitol as seen through the tree and I think this one went well. 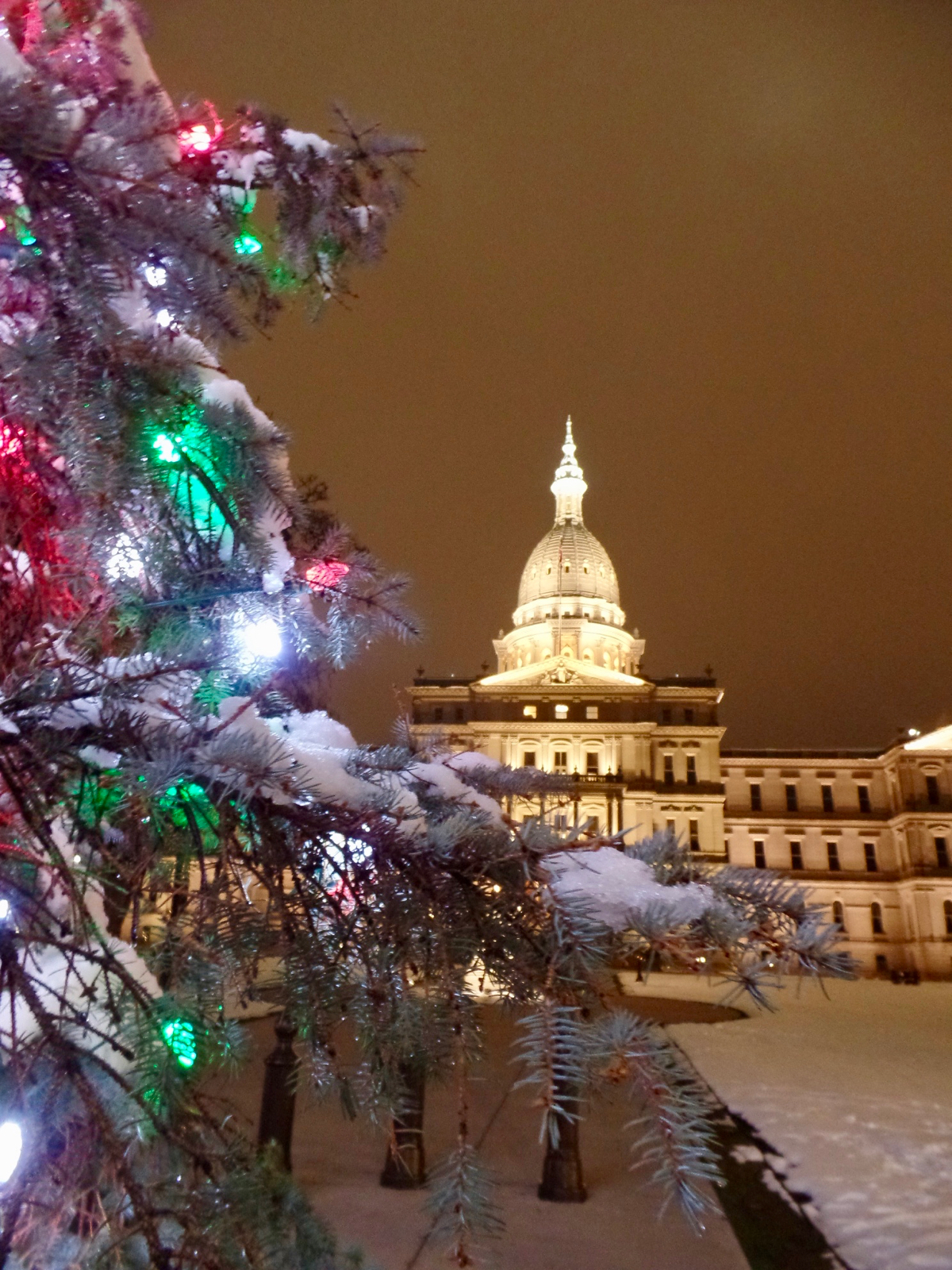 The same motif but you see more of the capitol. It's a lesser picture but it's probably a better postcard. 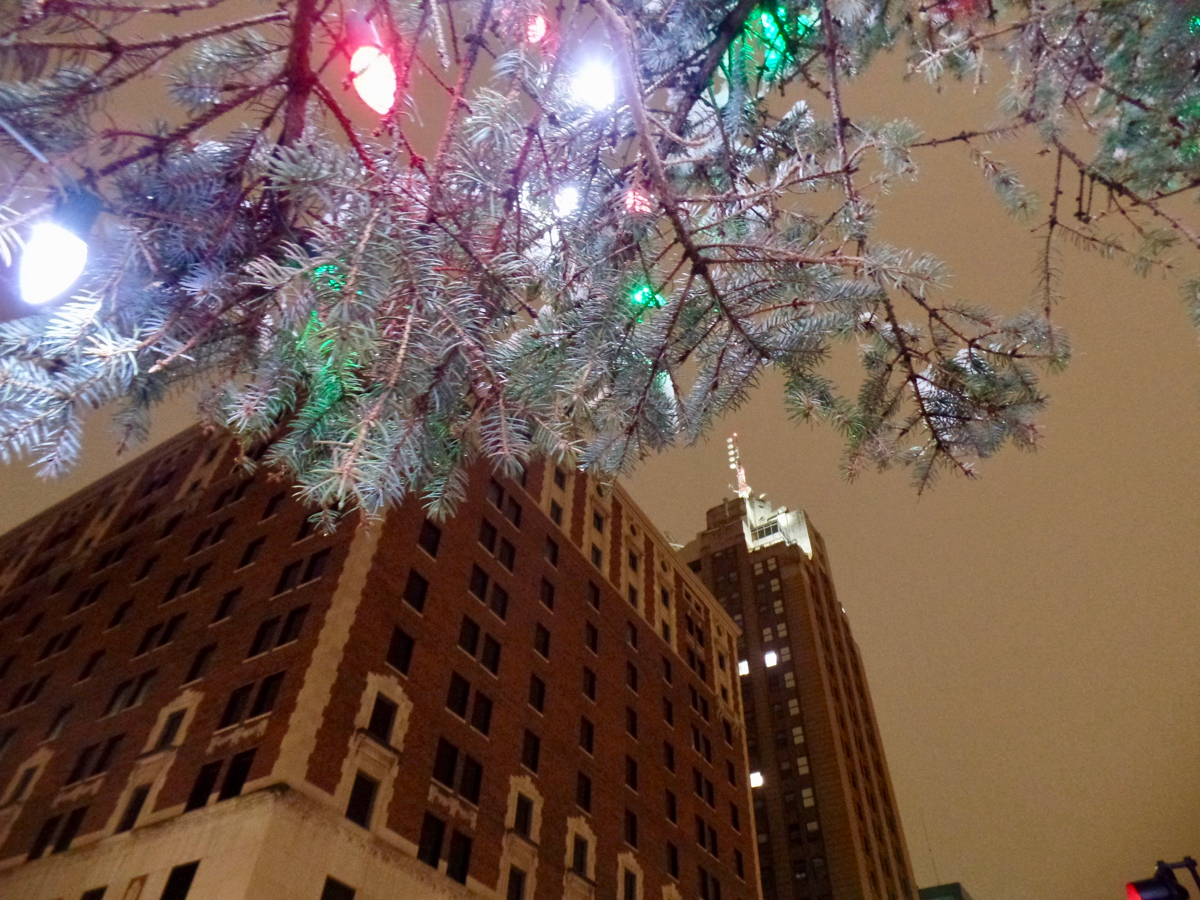 Looking up through the tree at the Romney state office building (formerly the Hotel Olds) and the Boji Tower (formerly the Olds Tower). 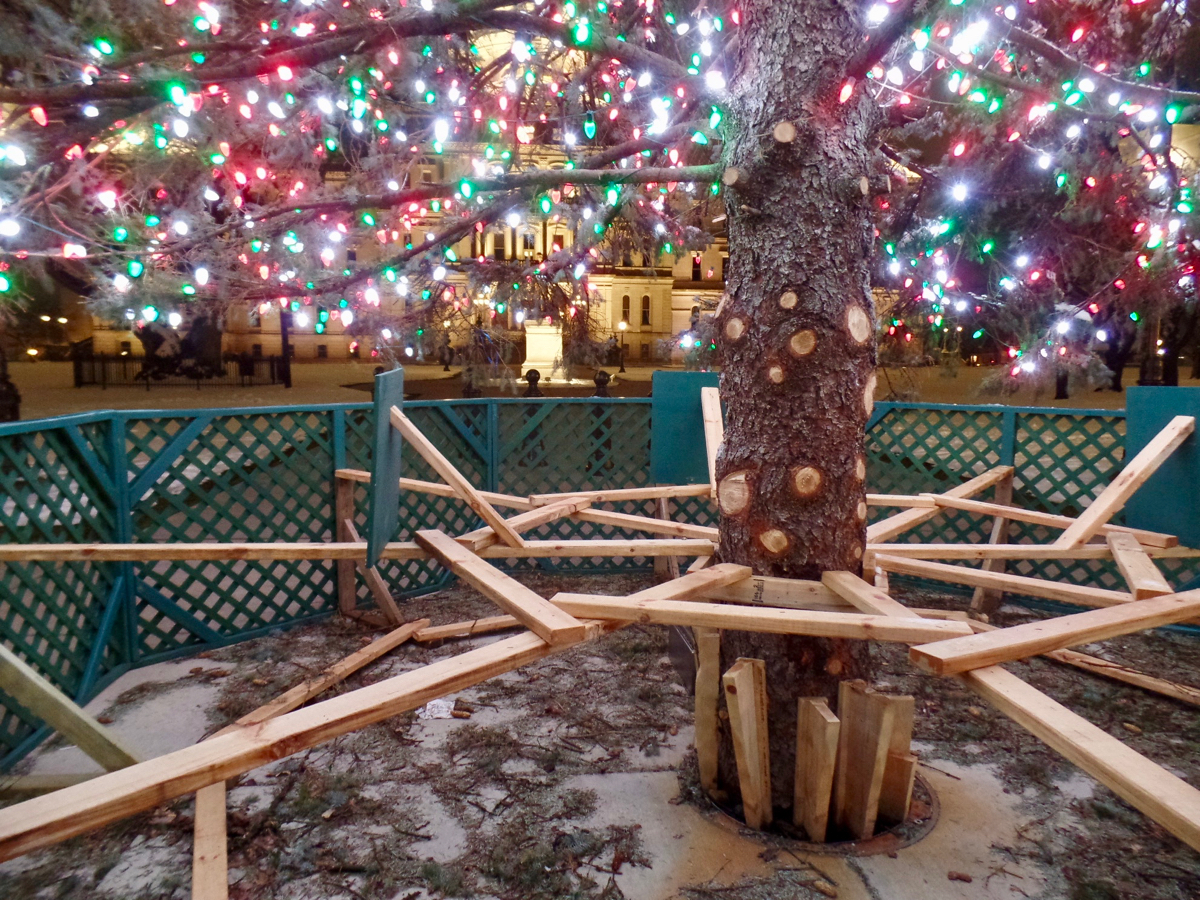 You know they wouldn't need such a complex set of shims if they'd just get the center of the tree drilled with an awl and set it on top of a large enough spike. We got that for our trees at home and would never go back. 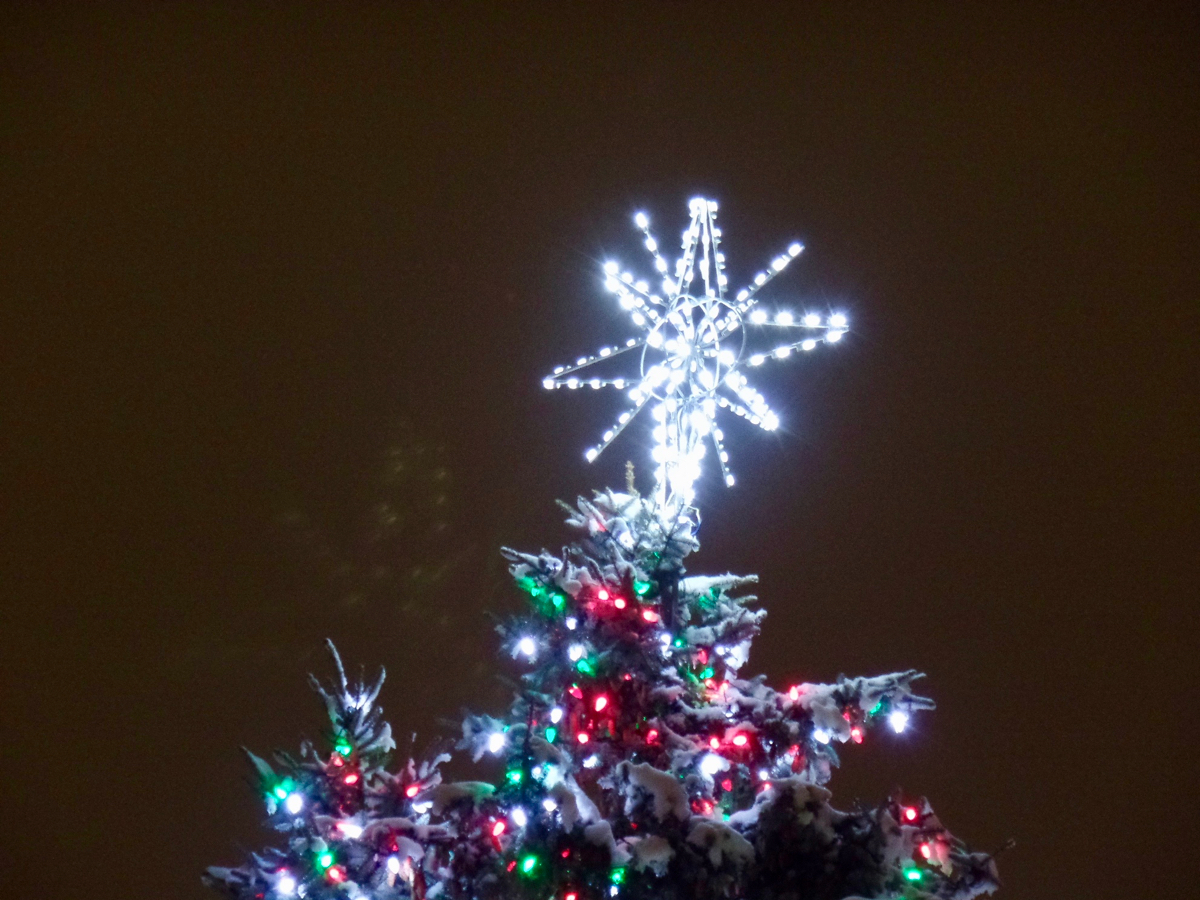 The tree topper of dubious straightness. 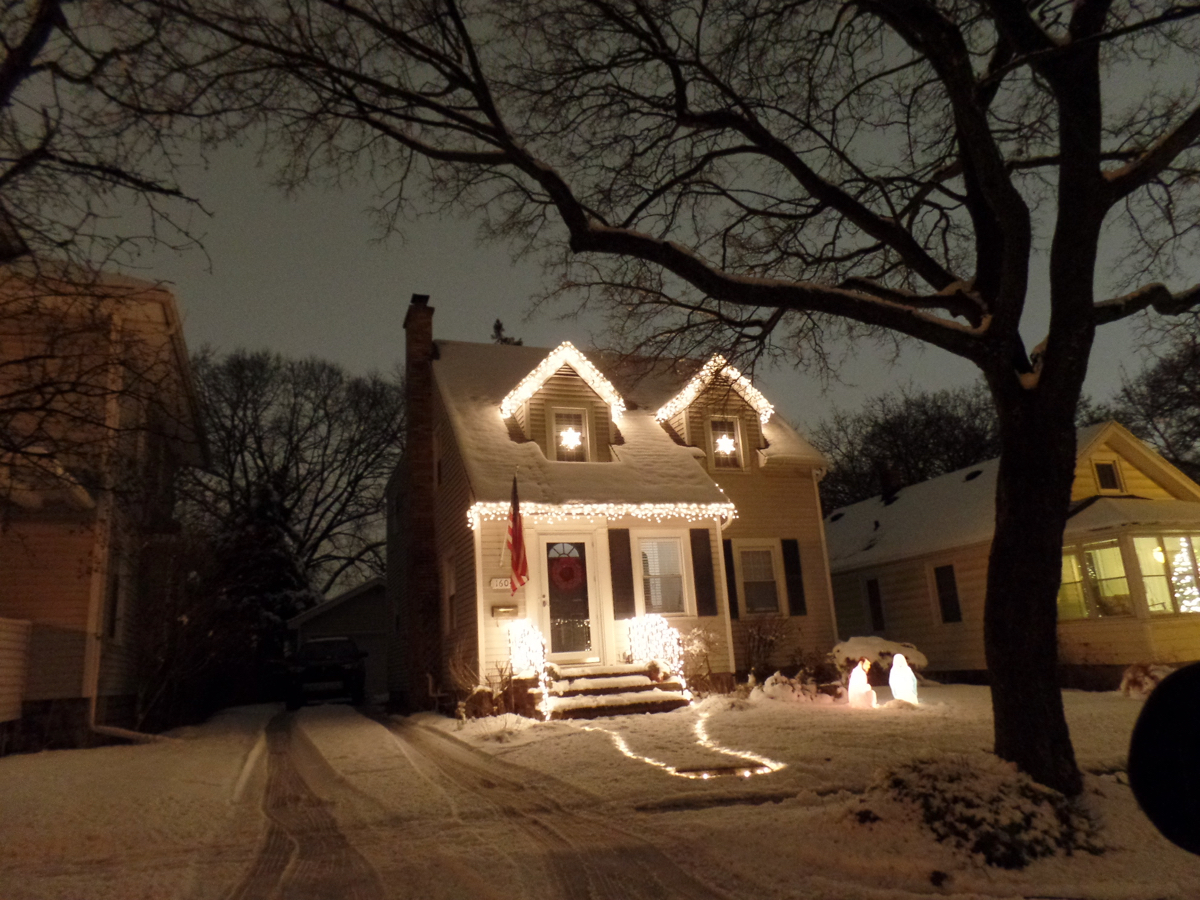 After looking at the tree we went to a neighborhood near the zoo to look at decorations. Here's a house that does its best to look like a face with eyebrows and a tongue sticking out. 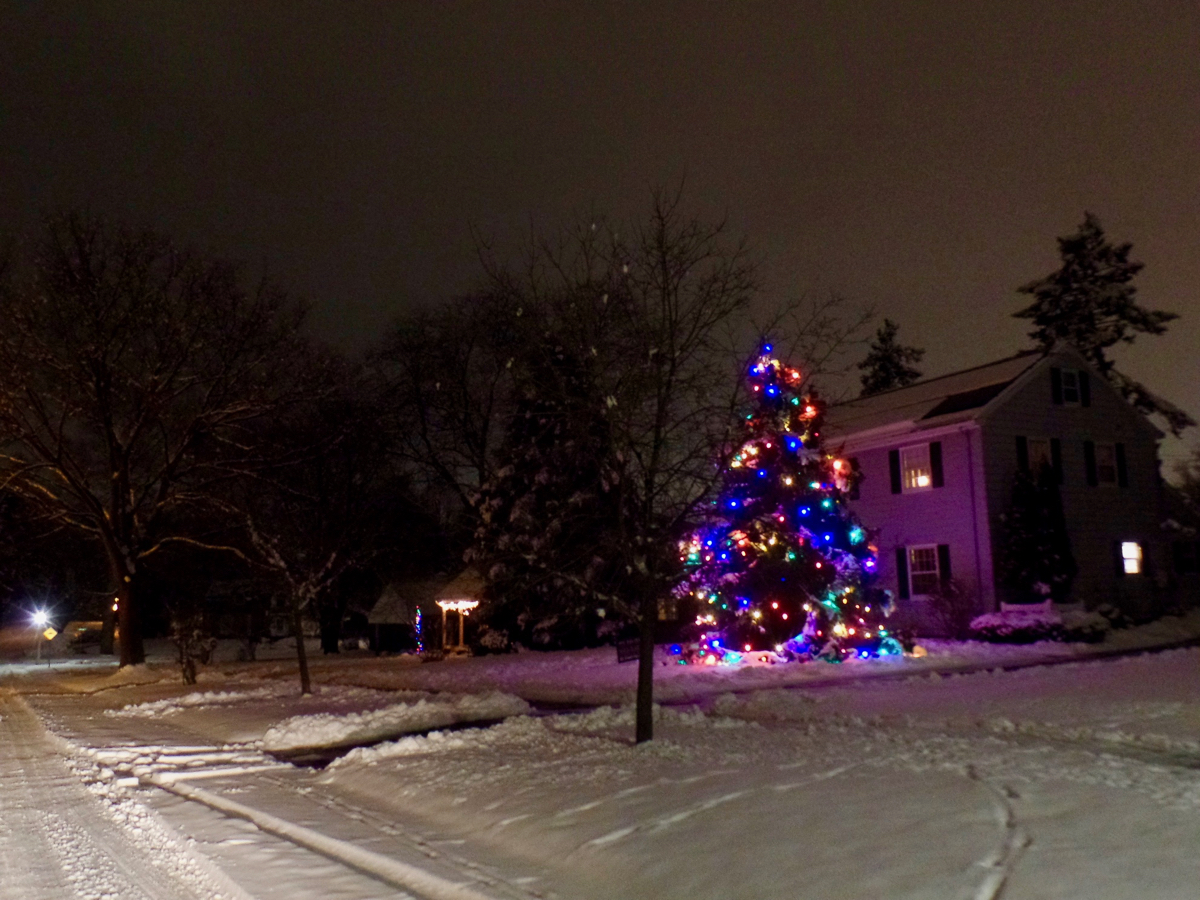 Someone who's decorated their evergreen in the yard. If we had one we'd totally want to do that but never have the energy ourselves. 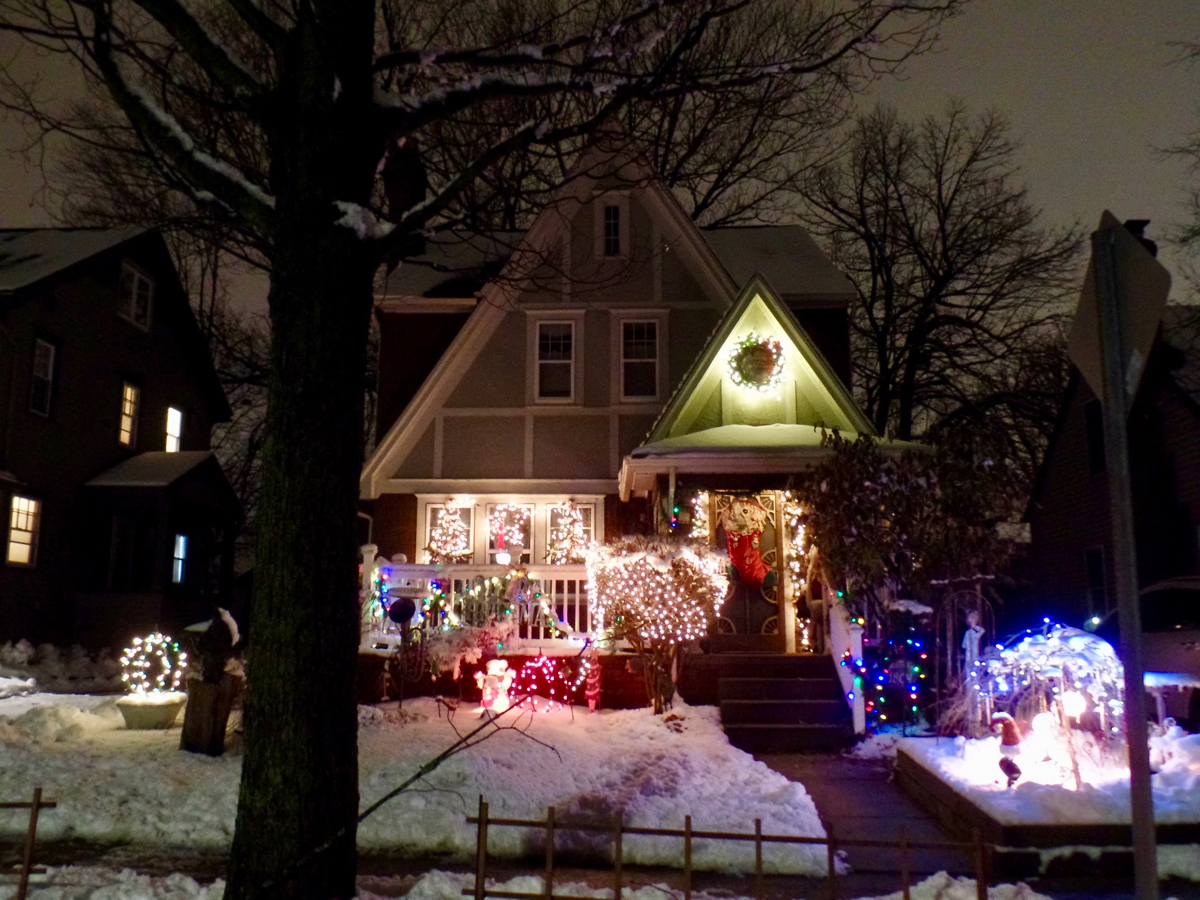 Just a gorgeously decorated home and look how completely they've shoveled the walk, too. Shows an interest in the neighborhood. 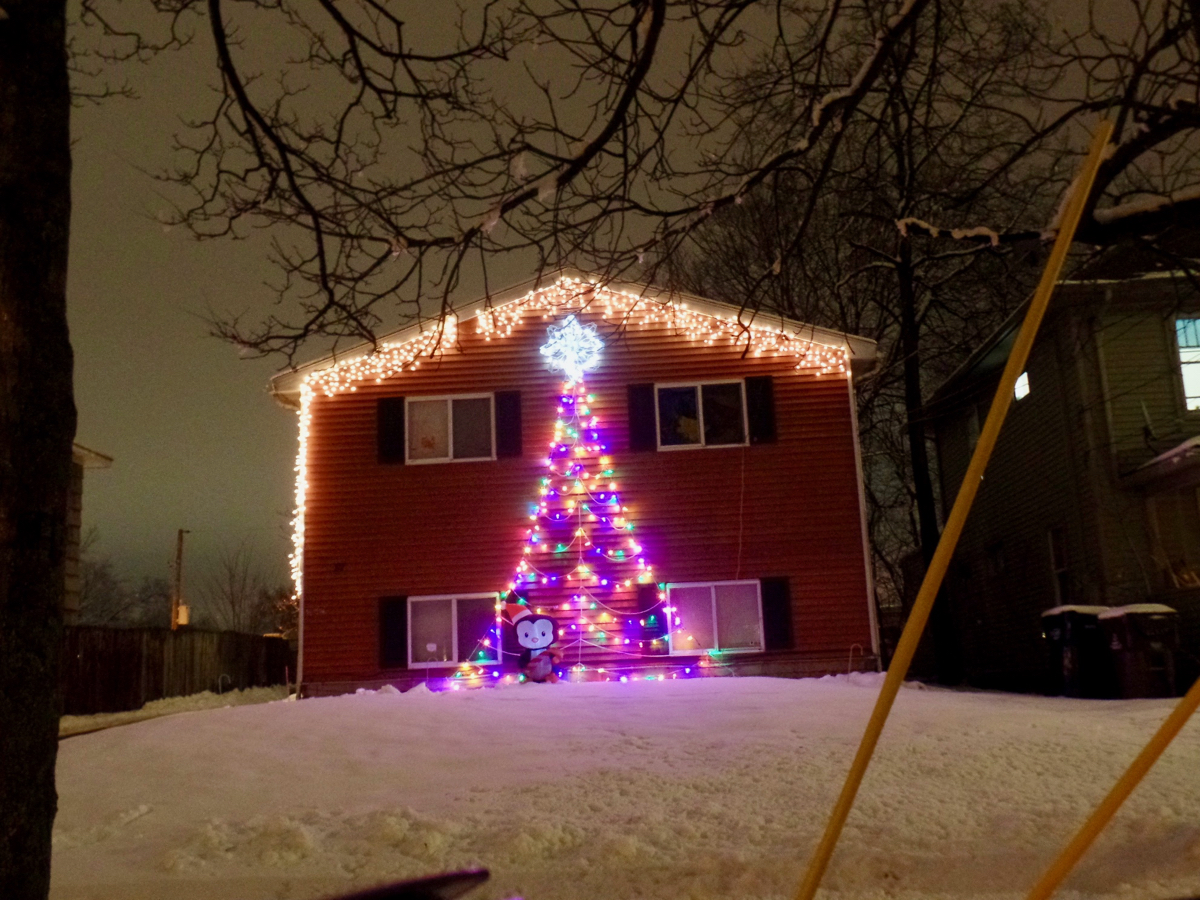 And a house near our home which

bunny_hugger kept trying, unsuccessfully, to direct me to. I'd somehow never seen this quite tall tree set on the side of the house. 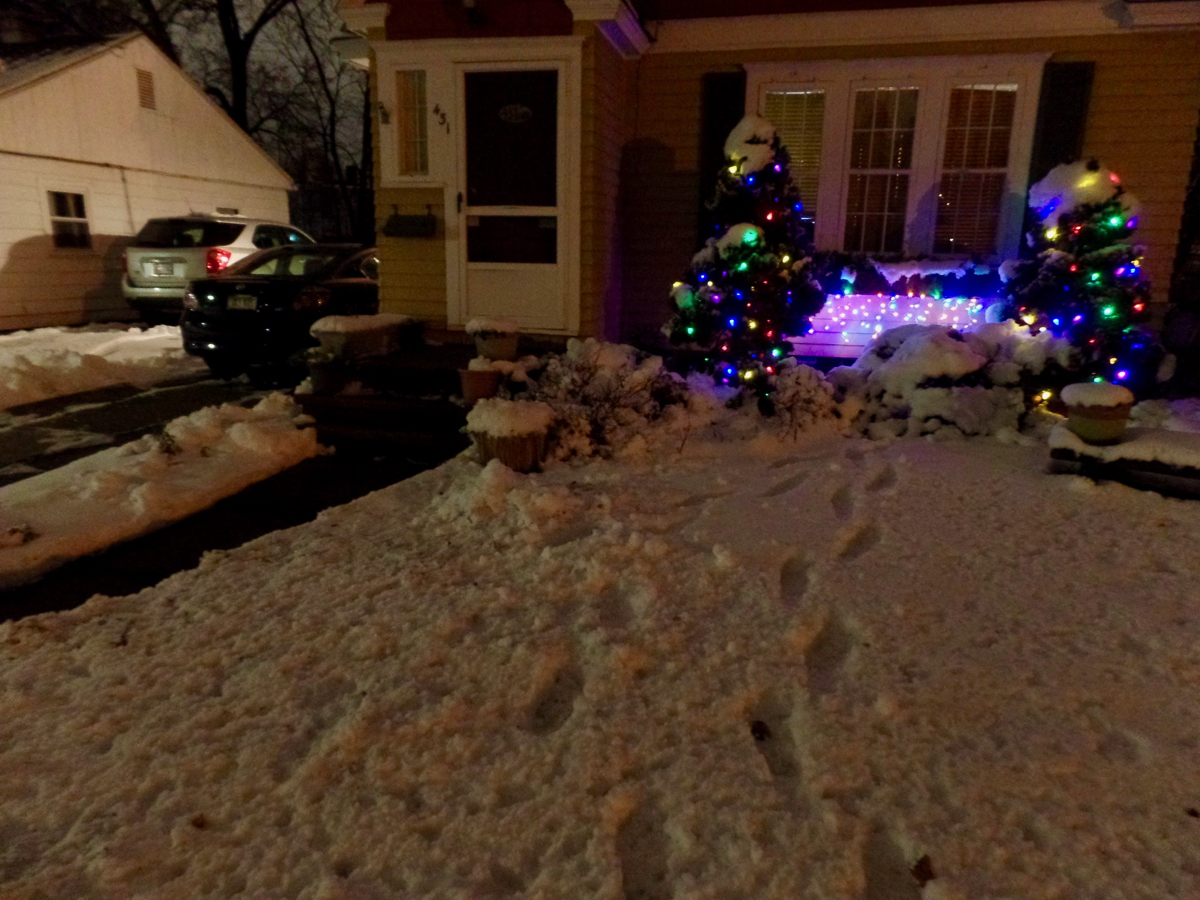 And a look at our own home, by night. We decorated a bit more than usual, but not so much as to go overboard. We'd leave the lights up through Candlemas (Groundhog Day).

Trivia: Michigan governor William A Comstock ordered an eight-day closure of banks in the state on Valentine's Day, 1933, after Henry Ford's Union Guardian Trust failed, following (in part) Henry Ford's refusal to accept loan terms that would have gotten it the $50 million Reconstruction Finance Corporation loan it needed. Source: American-Made: The Enduring Legacy of the WPA: When FDR Put The Nation To Work, Nick Taylor.