On my humor blog, which you might have seen on your RSS reader already, was nearly a full week of original-ish writing. Here's the pieces published lately:

Now some stuff from, mostly, one particular block close to home, because I have to suppose the block is just going to be demolished in the next couple years and we'll lose a delight of a place I never went in. 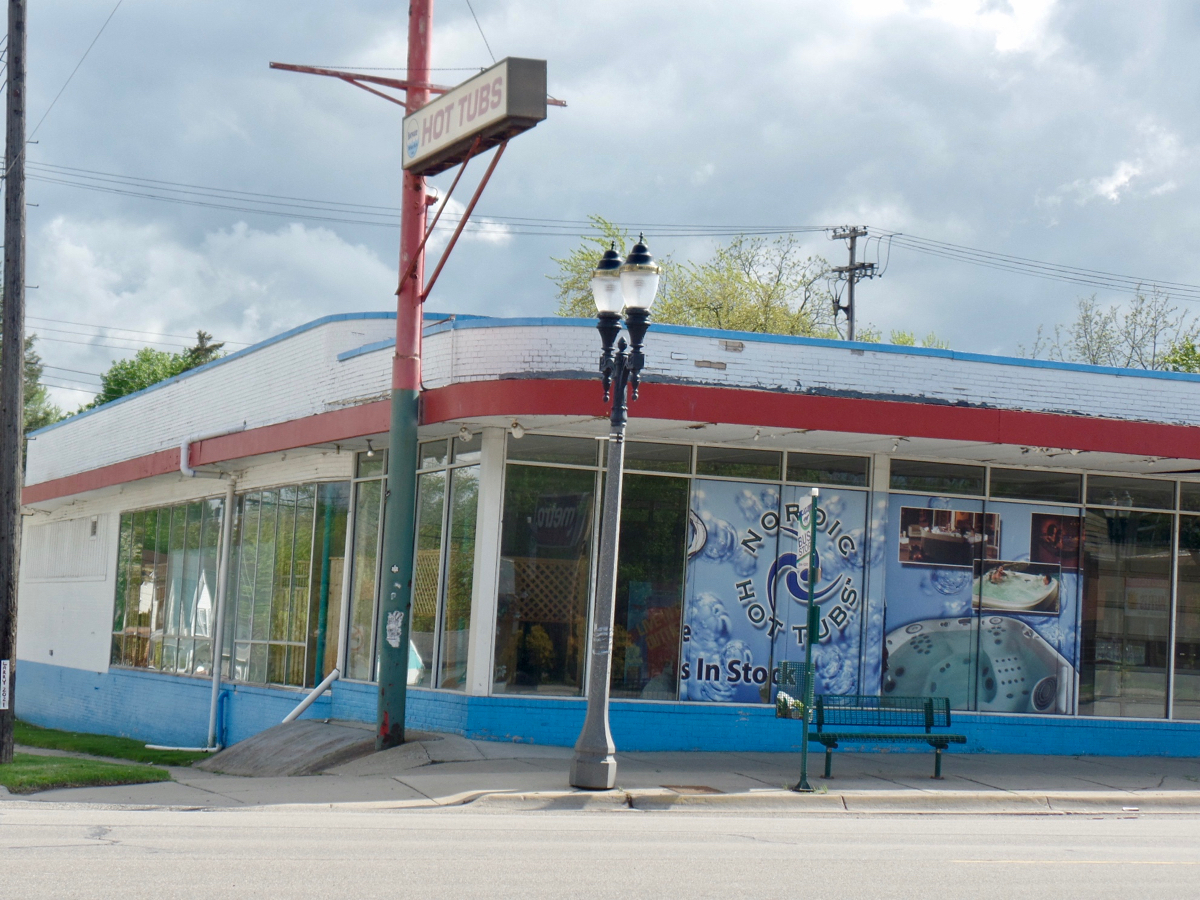 More stuff we're losing in town: Hotwater Works, dealer in hot tubs and soaking tubs and also a music jam venue. BunnyHugger did some research into all this. Sad to say the place shut down in early 2020 --- before the pandemic --- after the death of the original entrepreneur and the family deciding they weren't interested in carrying it on. Also she found this interview with the founder, which was fascinating reading too. 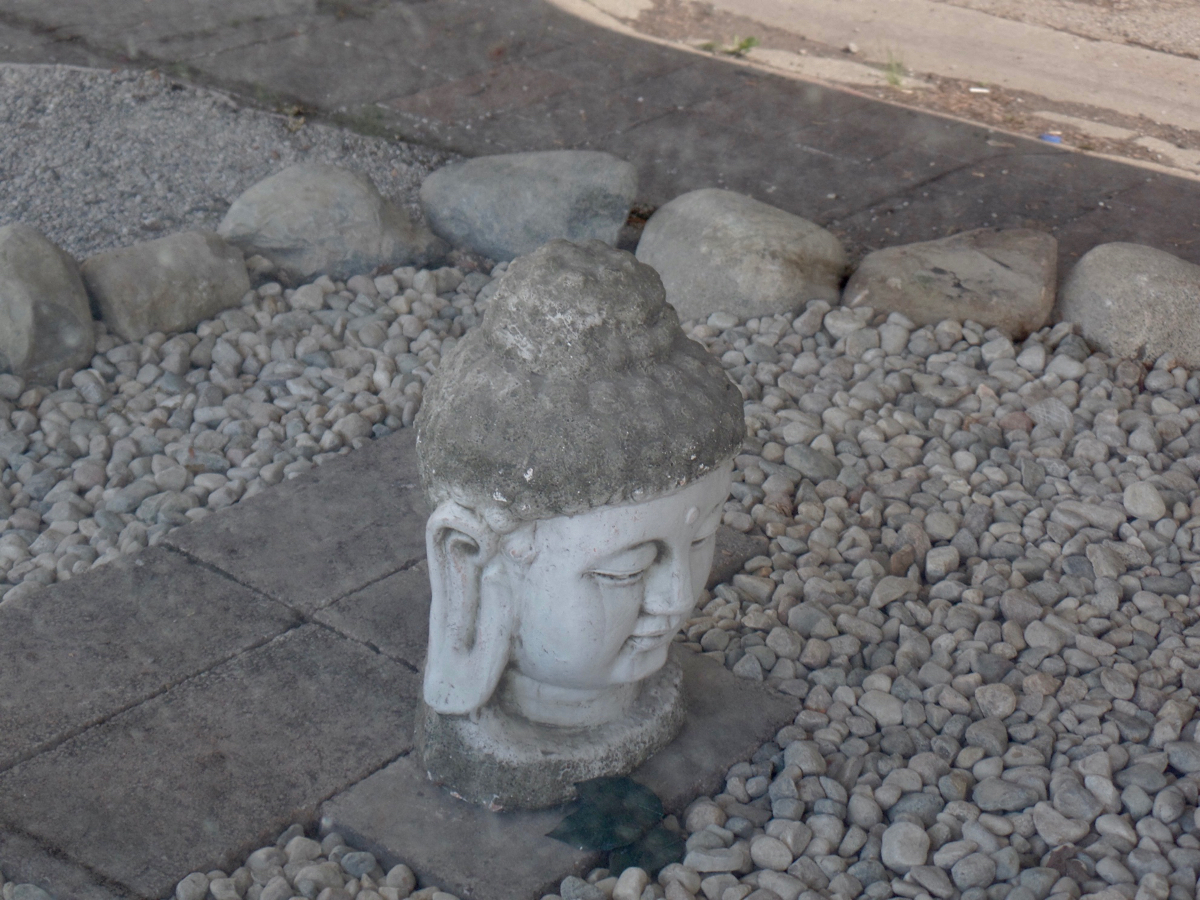 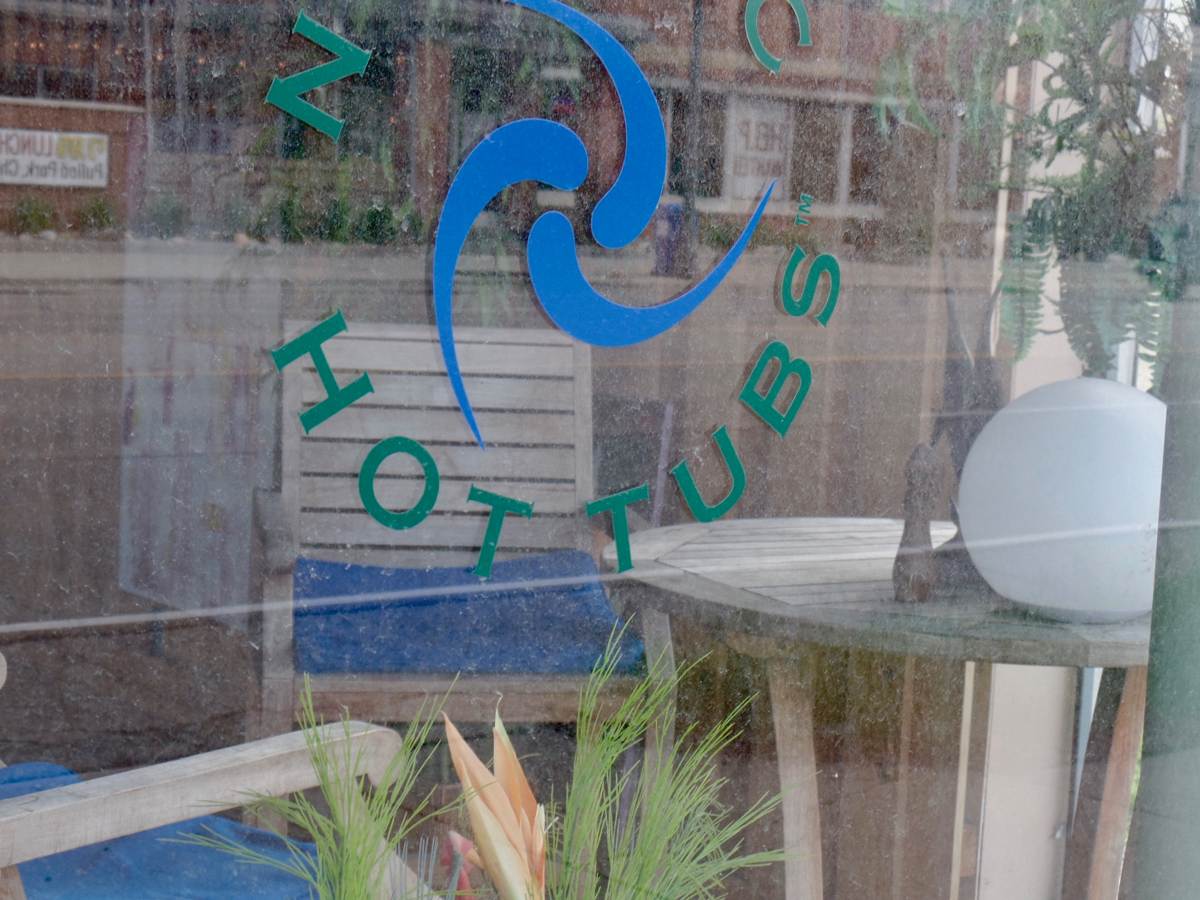 And a look at the patio furniture display inside the showroom. 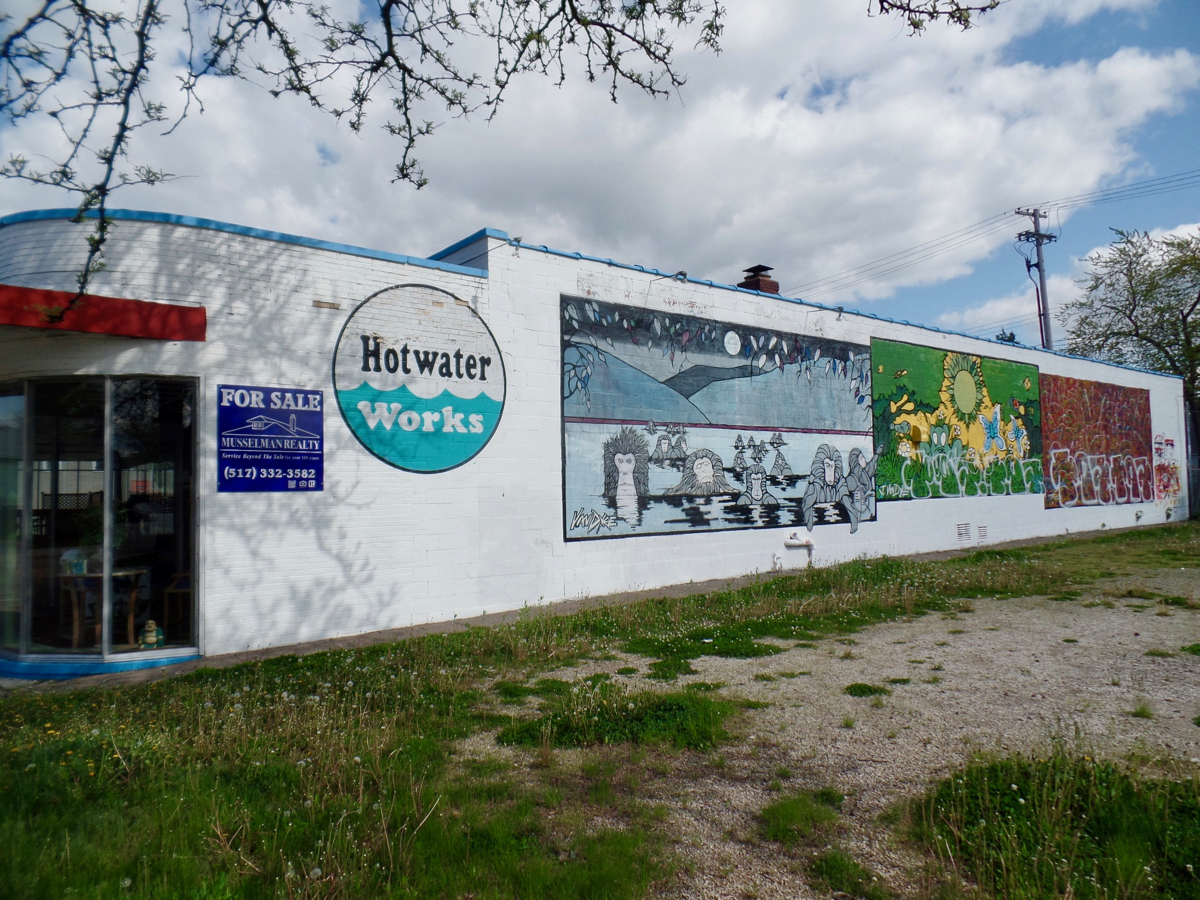 A look at the side of the Hotwater Works. They have three (count 'em) murals along the side wall and over the years repainted them. 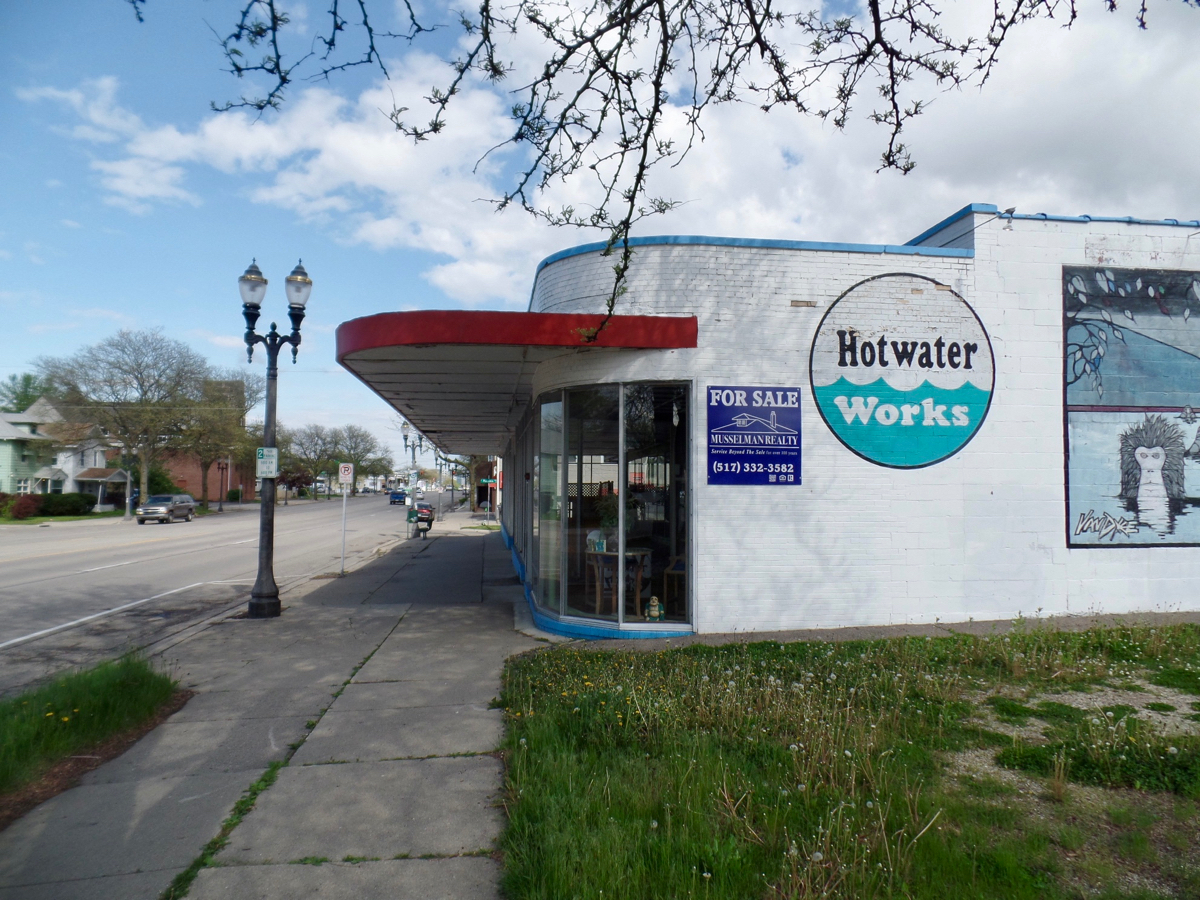 Looking east along Michigan Avenue to show off the lovely curved-corners architecture. Like most buildings this stretch of Michigan Avenue, it used to be a car dealer's. (Well, a car trailer sales shop; it was an auto agency for a while, though.) 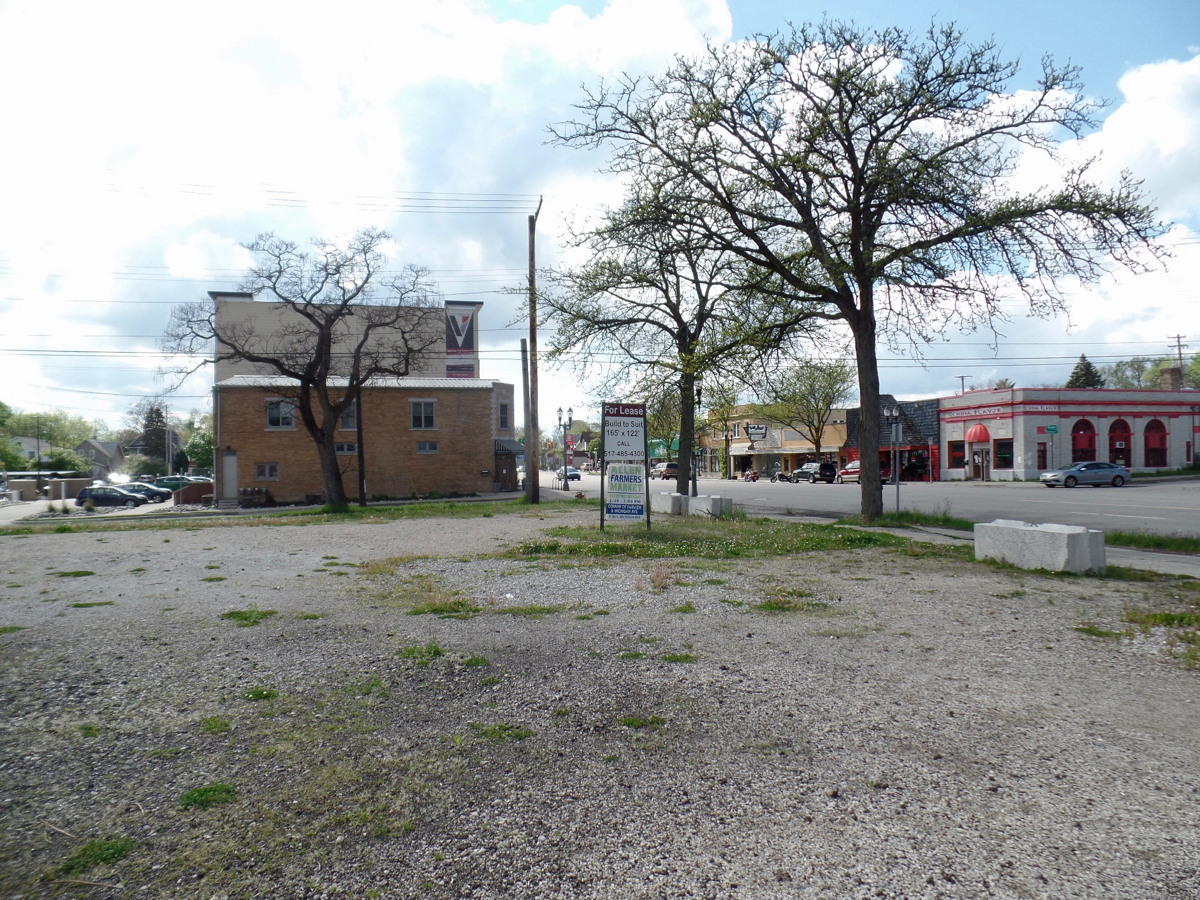 Vacant space next to Hotwater works.

bunny_hugger remembers there being something there when she moved to town but not what and, of course, that long predates Street View or anything. This is also where the Allen Street Farmer's Market has set up while the Allen Street Neighborhood Center was under renovation. 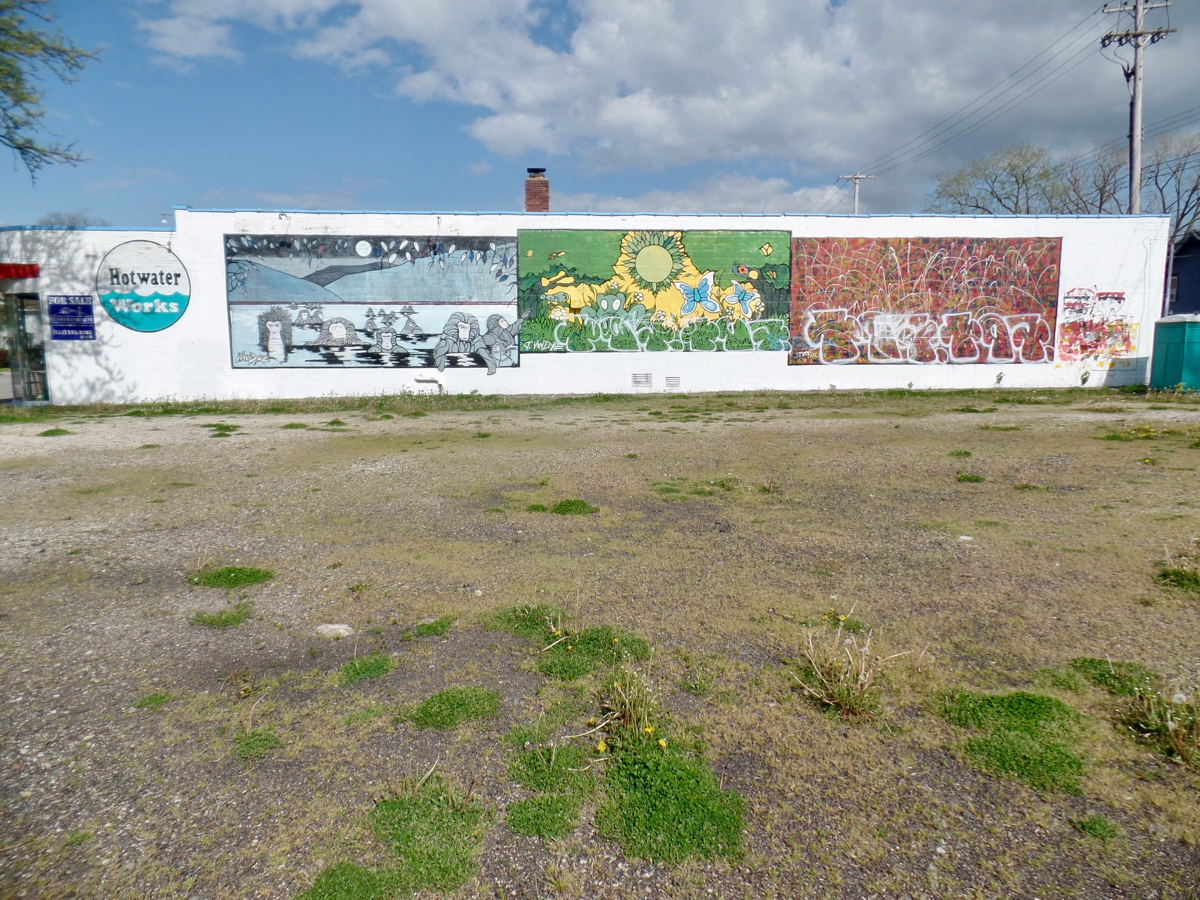 A look at the full mural of the Hotwater Works, slightly graffitied over. 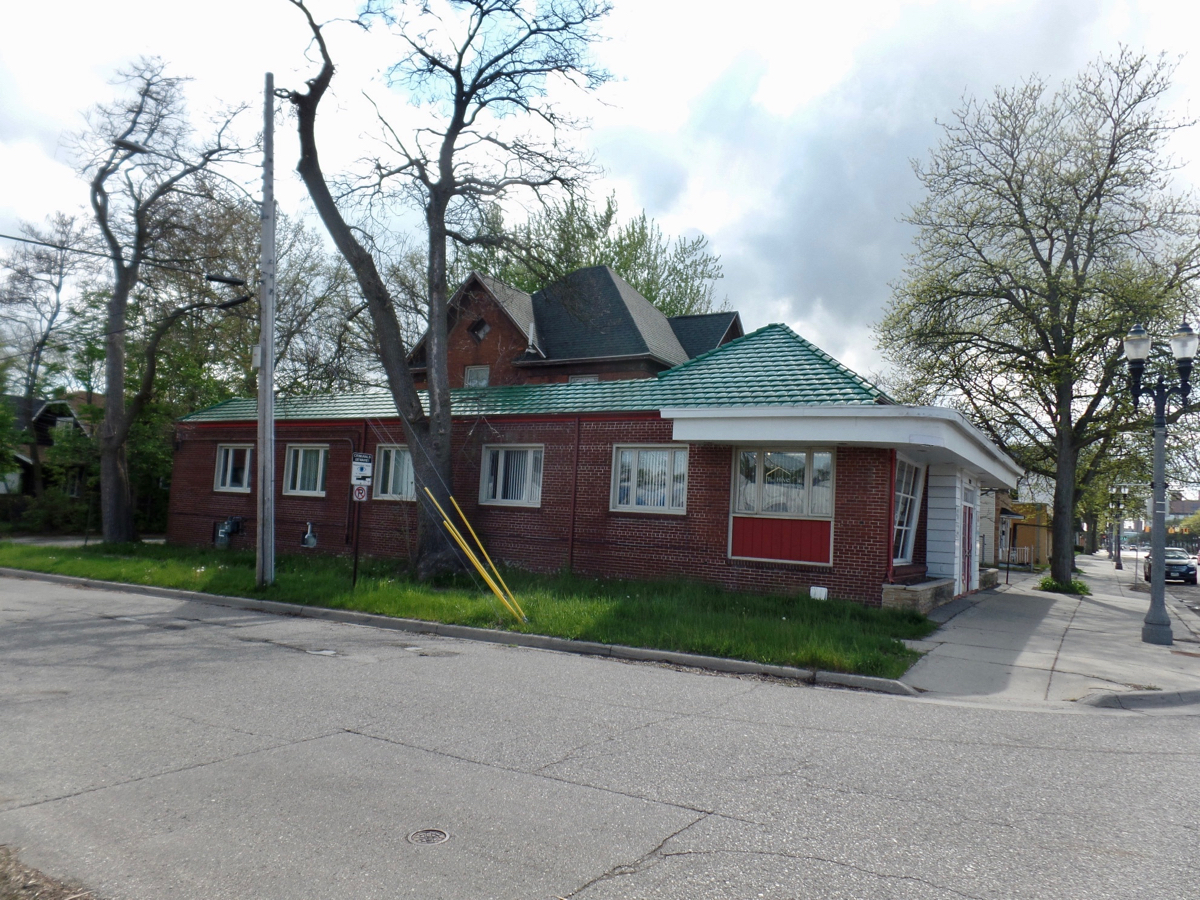 A building at the Michigan Avenue end of our block which, if you look closely, you realize is somehow one building surrounded by another building. Again,

bunny_hugger has done her research on the place. For a long time it was the Pagoda Restaurant, a longtime fixture of the neighborhood hat, with a name like that, you'd think was a Chinese restaurant. The menu she was able to find on eBay couldn't be less Chinese, though. It's currently a hair salon, though.

Trivia: As late as the 1750s English colonists in the Hudson Valley needed to find Dutch speakers to communicate with the Native Americans in the area, who knew only the one European language. Source: The Island at the Centre of the World, Russell Shorto.