As time carries on, the International Flipper Pinball Association continues to let ratings points decay. This has been a very slight benefit for me, as I'd had some rather good finishes in late 2019 and even early 2020, although I'm going to take a major hit in late July when a great finish at the 2018 Baby Food Festival expires. Still, as of this month I've risen to 755th-highest-ranked player in the IFPA database, this up from somewhere around 860 last year.

Grand Rapids Pinball League had its first meeting Wednesday. We didn't attend. I'm told that about 35 people did, which is pretty near the kinds of crowds they drew before the pandemic. Since they have more than twice the space available and don't have event patrons to crowd them in maybe that's not too much It's a group you need only nine pinball machines to handle and they've got thirty or so on site. The infection rates for Michigan, and for Grand Rapids's county (Kent) have continued dropping steadily. Our own Ingham County hasn't changed rate much in the last couple days. But it's been averaging around ten people infected each day, a point where it gets hard to tell signal from noise.

I'd still like to see that rate staying down, though.

So how about more pictures from walking around town this past May? Yeah, I'm up for that too. 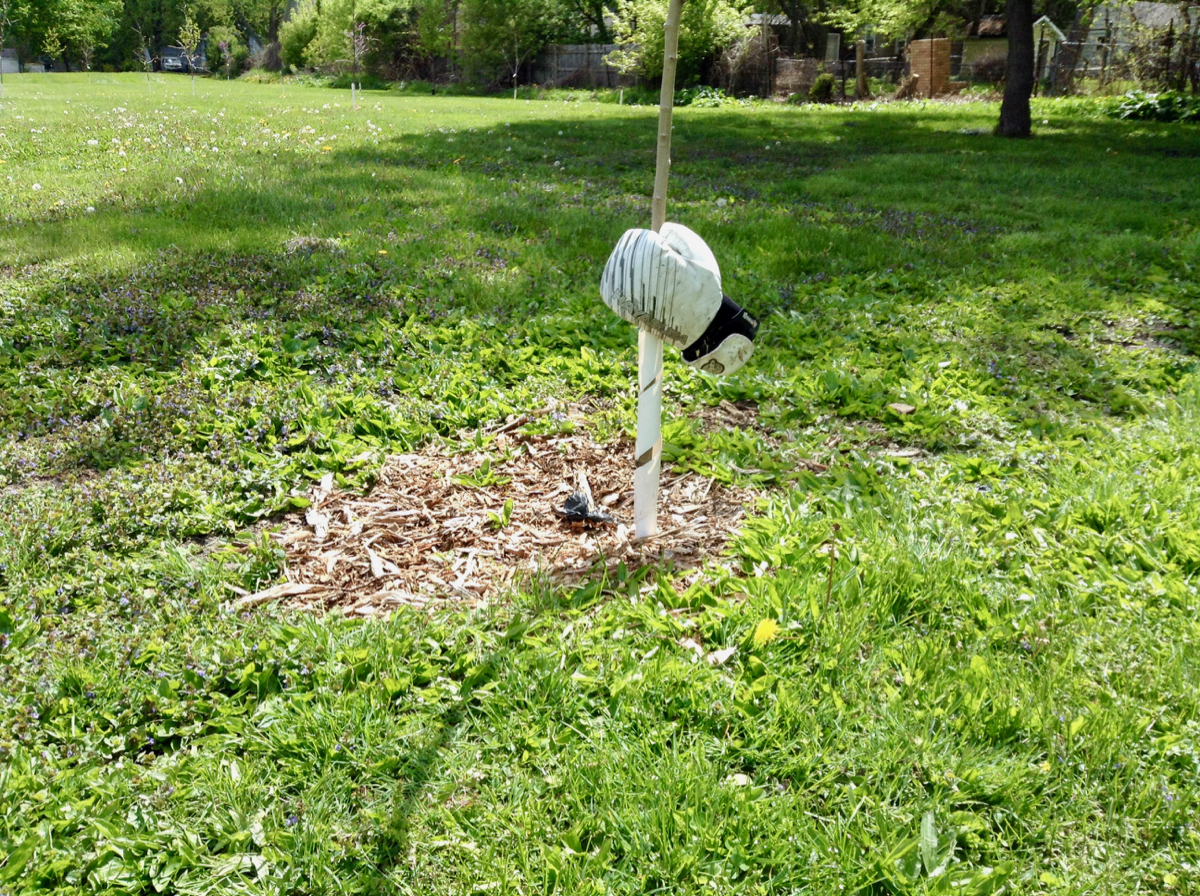 A boxing glove hugging tight to the base of a sapling. I don't know the significance of this but I'm going to have to build it on SpinDizzy Muck. 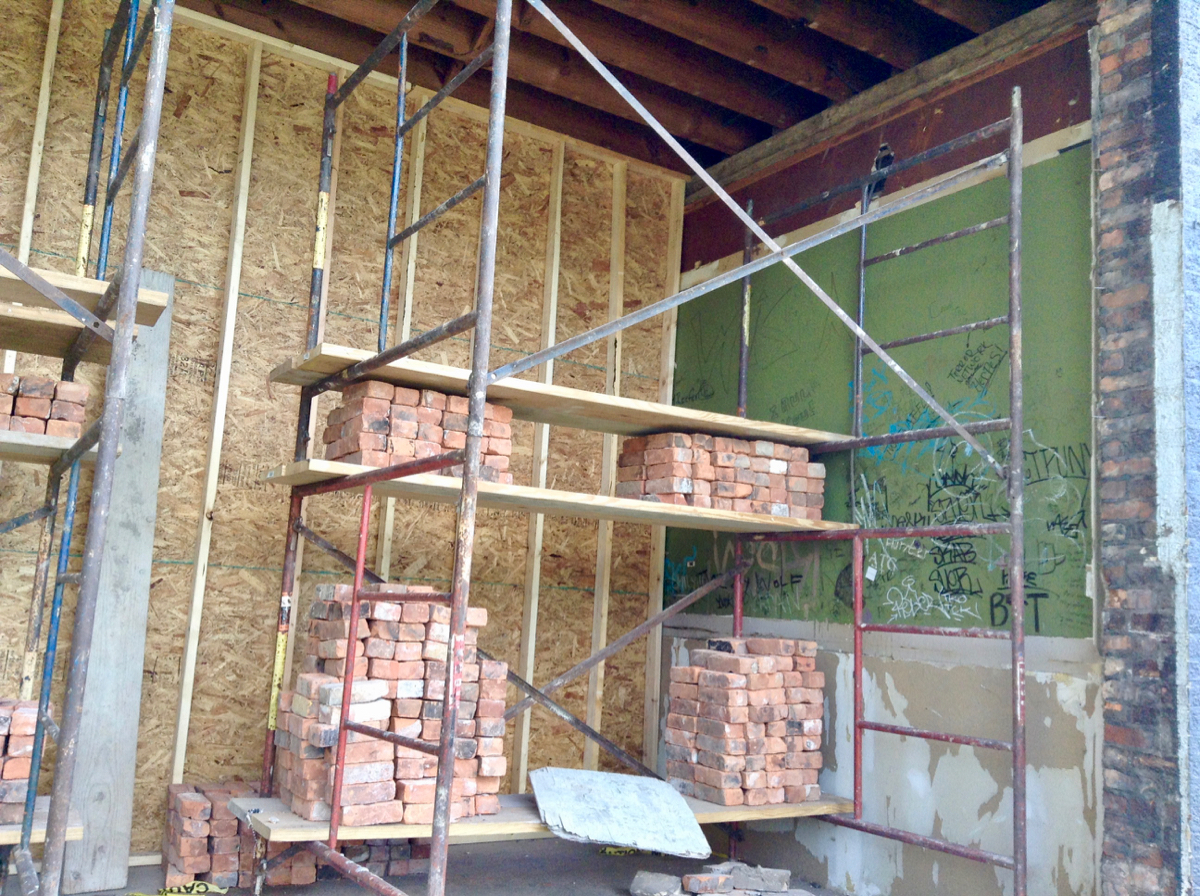 Closer look (I was on the near side of the street) of the renovations at Mac's Bar. Hey look, you can see graffiti that's probably being painted over. That blue squiggle is just a blue squiggle with a sticker on the end and not, like, Blue from Blue's Clues. 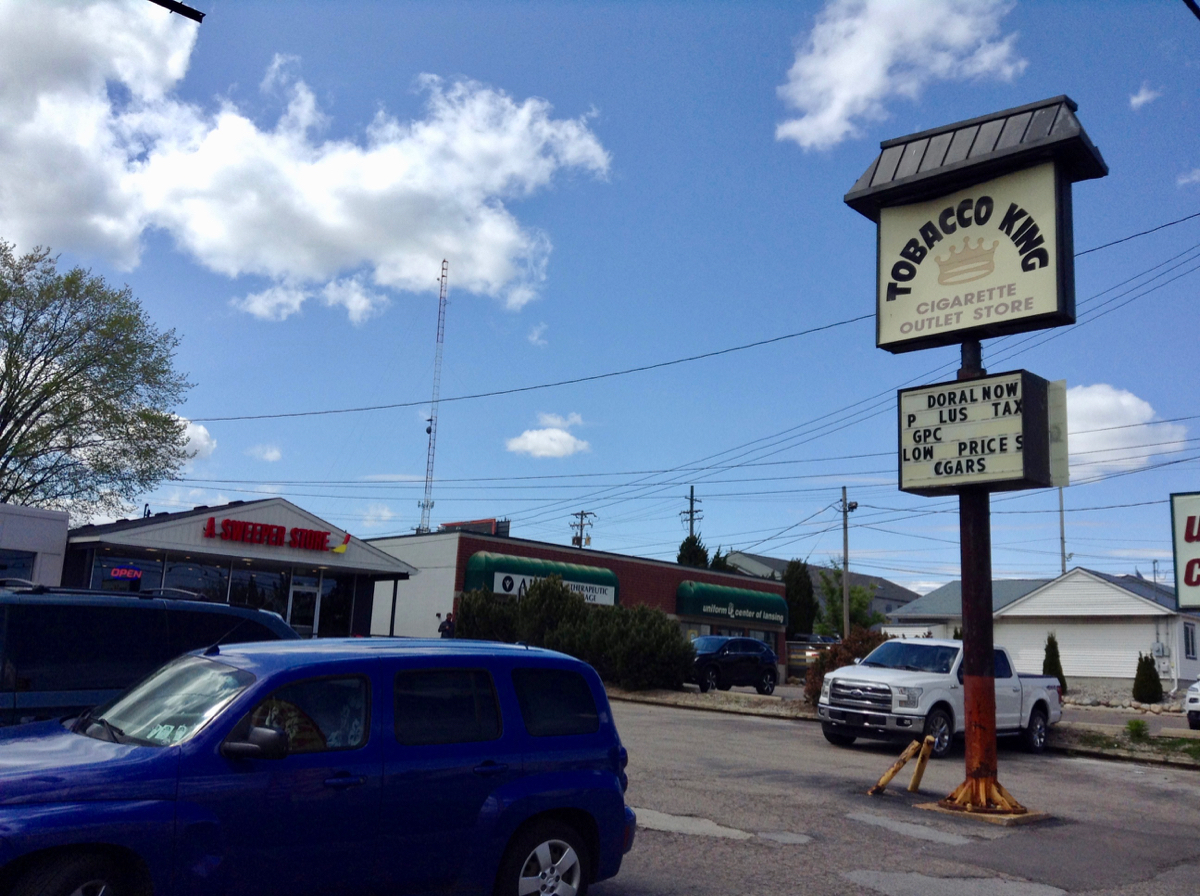 In the former Tobacco King location was the grand opening of A Sweeper Store. This is at least the third place in walking distance that we know offers vacuum cleaner repair. Somehow the east side of Lansing has a vacuum repair district. 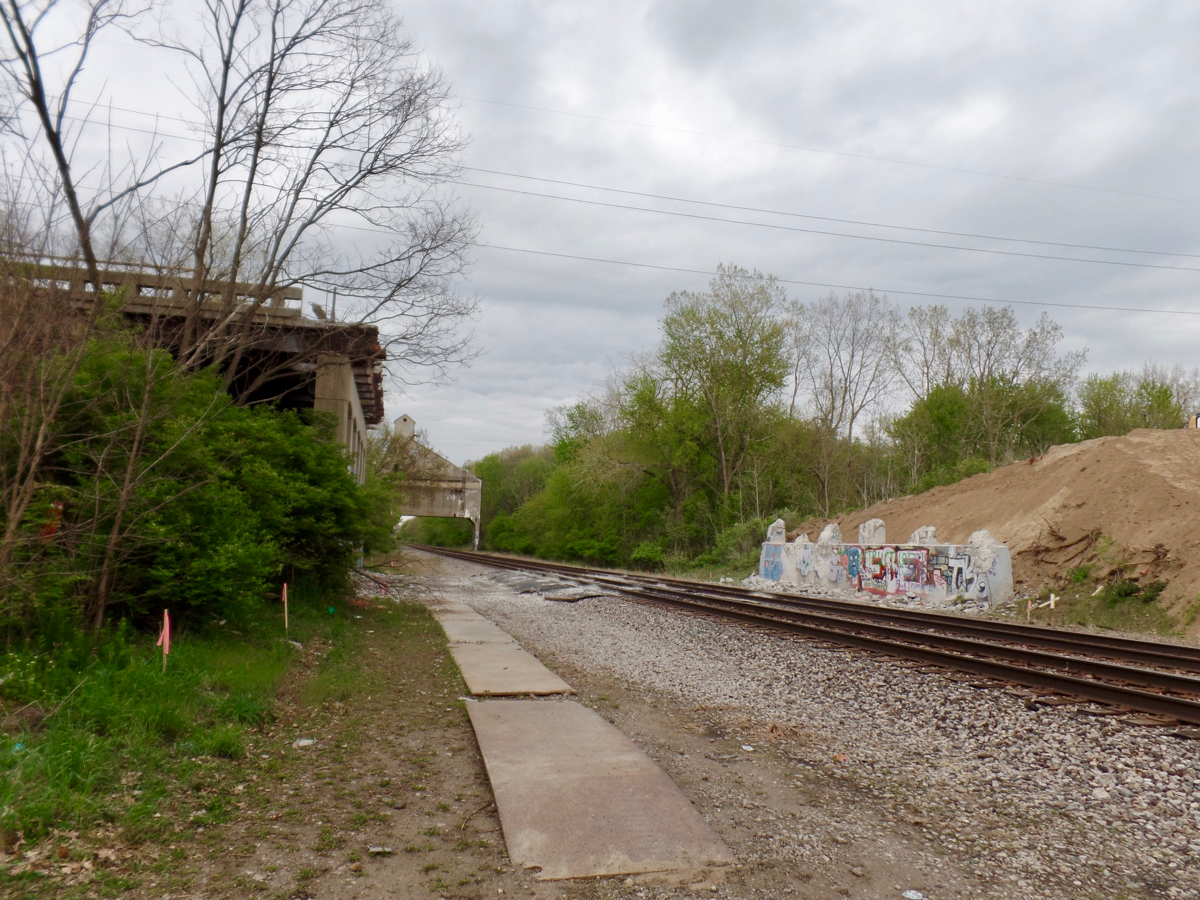 And a progress report on bridge they were removing: well, they removed it. 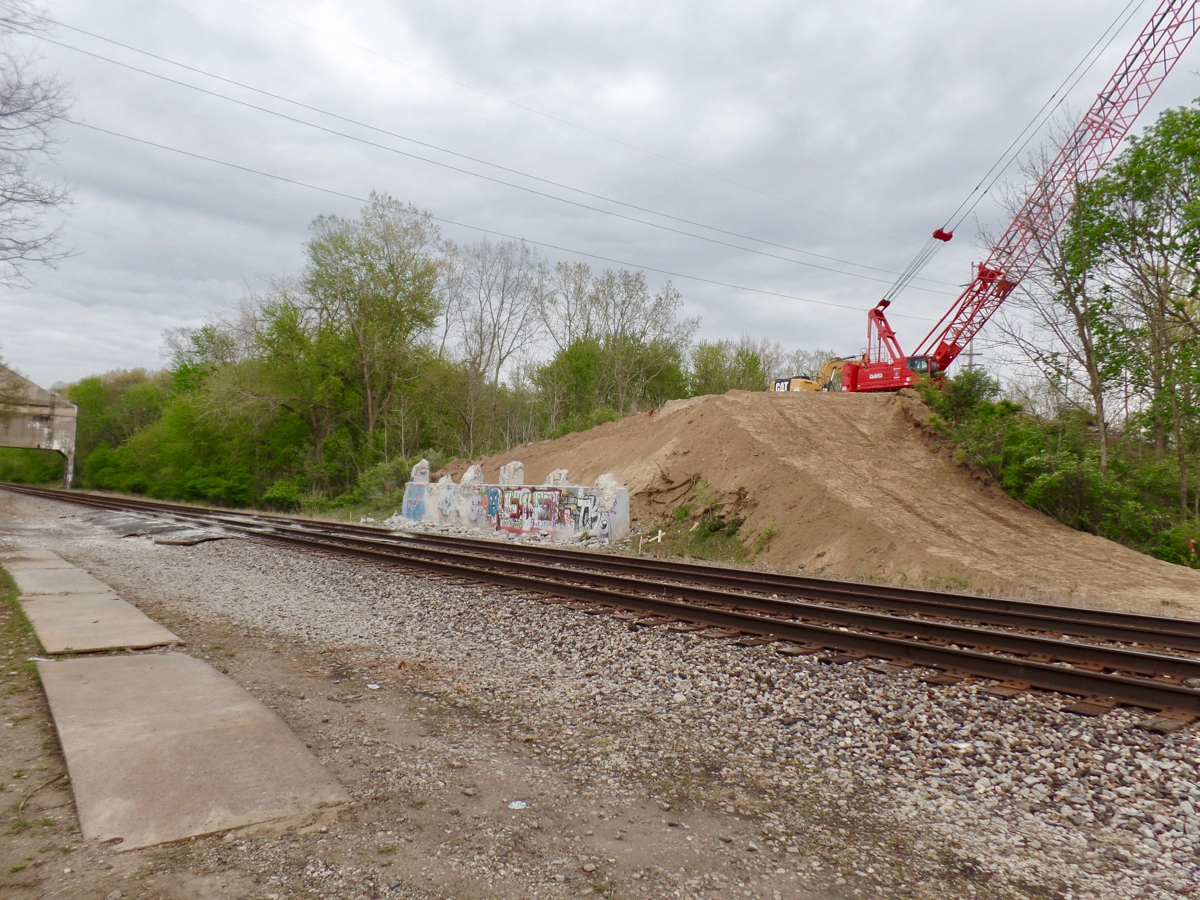 Looking to the south side of the bridge to be replaced. Somewhere past there is the river trail and the zoo! 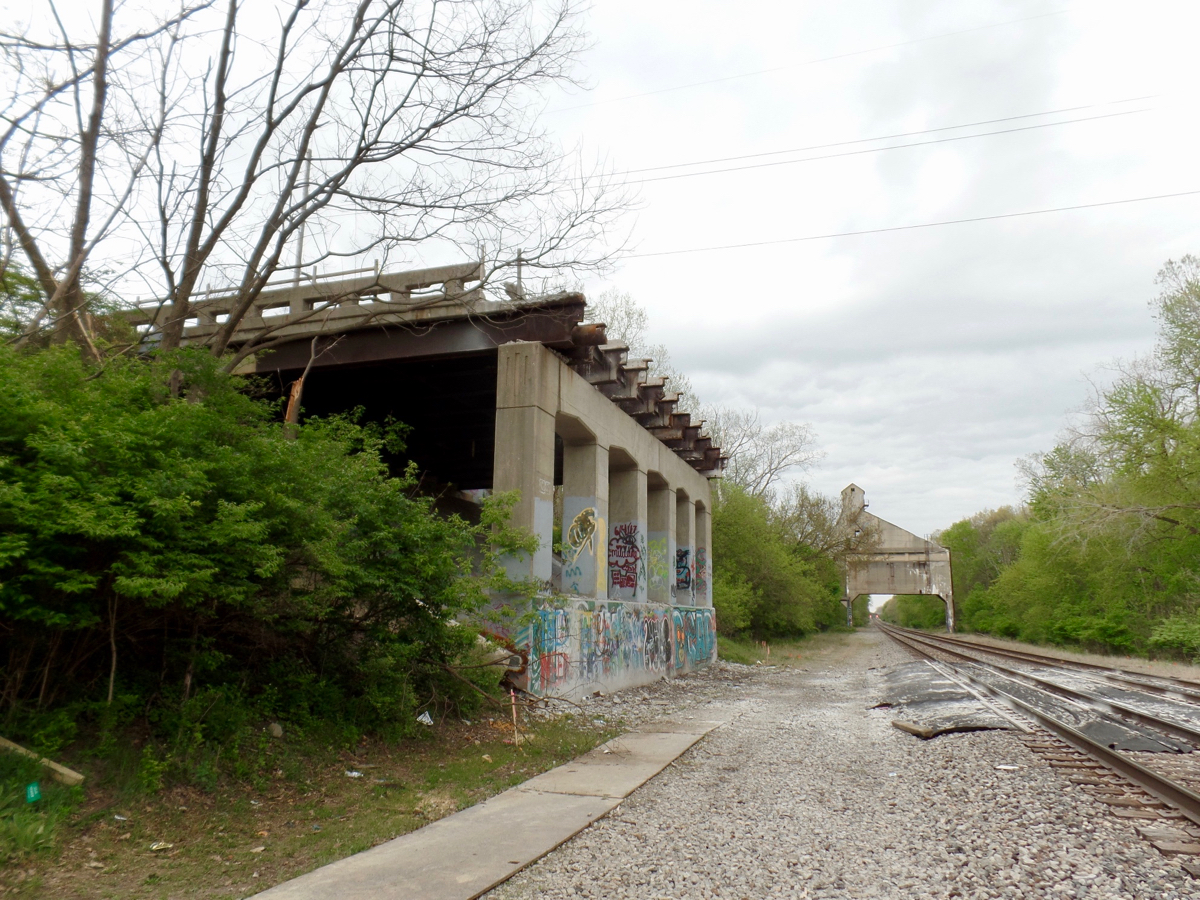 Looking down the north side of the tracks. And looking right into the Grand Trunk Western Coal Tower. 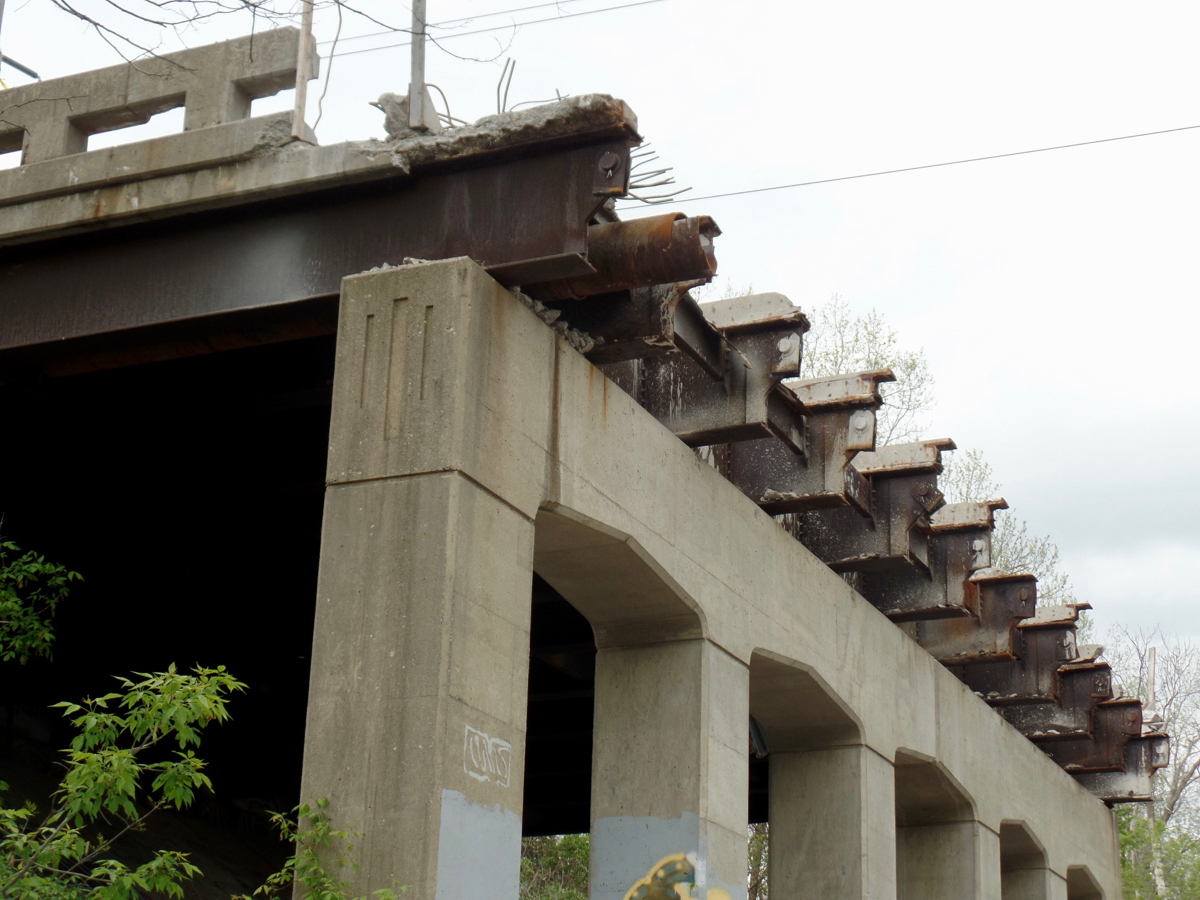 What happens when you run out of money in Transport Tycoon. 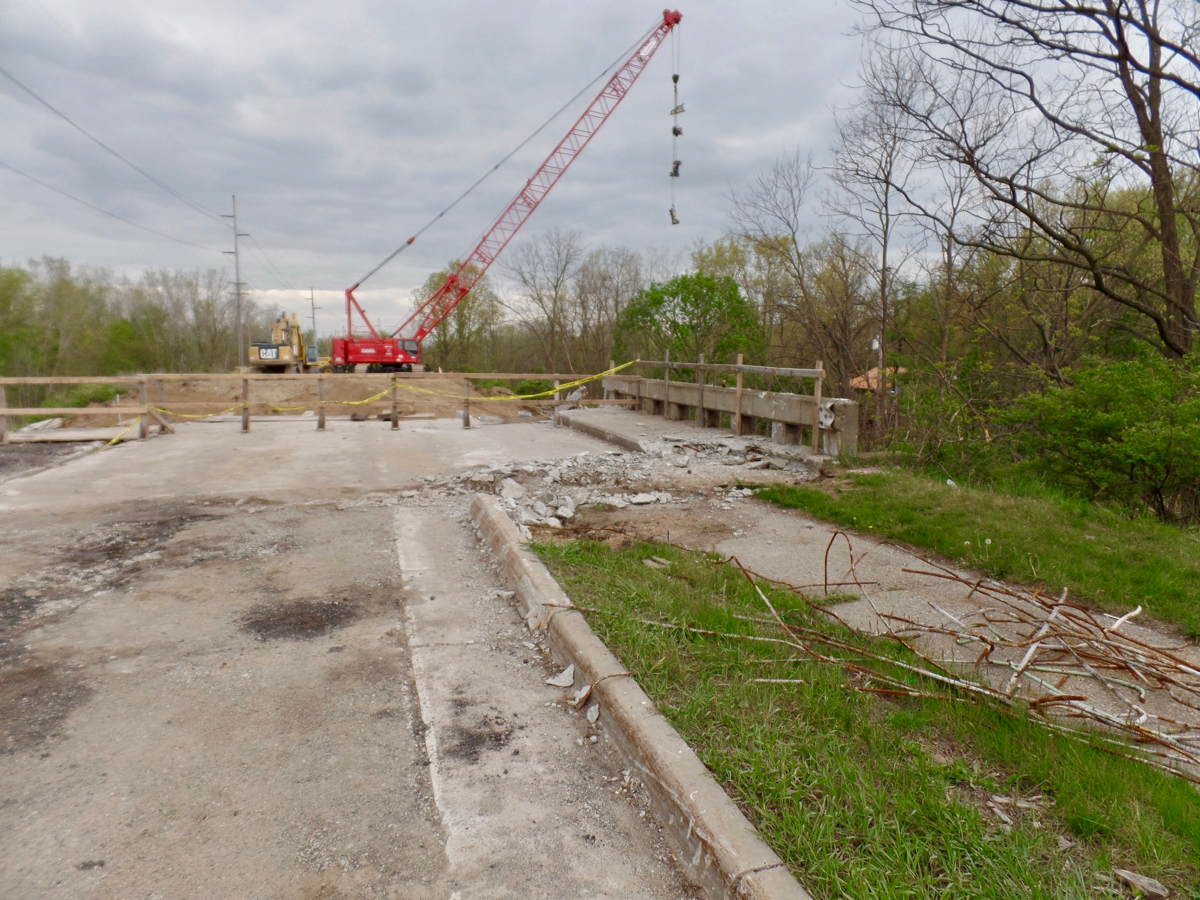 From on top of the bridge location looking out over the former span. Hey, pile of free rebar! Off on the middle right you can see one of the Potter Park Zoo buildings.

Trivia: Spain's King Philip II attended mass every morning before work. His office in the Escorial palace looked out on the royal chapel. Source: To Rule The Waves: How the British Navy Shaped the Modern World, Arthur Herman.