More in fish action. First, we got the new pond vacuum. It's the updated version of the old one we'd had. It arrived several days ahead of earliest day of the delivery window. That would be great and we'd have spent the afternoon vacuuming the pond except that

And then there's the small pump for our fish spitter.

bunny_hugger was getting ready yesterday to set it up, finally, and discovered that it's missing parts. A cover, particularly, that lets you dial in how much intake. So while she went to the bookstore, I went to the Preuss pet store to see if it was possible to exchange the thing, which we'd gotten open-box from Rick Preuss himself. They were able to find a duplicate of this pump --- the last one --- and before making the swap Rick Preuss himself asked whether they had checked that the impeller, the little fan inside the cover, was in place. It was, yes. Also, after a bit of thinking what to do with the old and cover-less pump, said that I was a good customer and gave the impeller from that. So we've got a backup for that part, which is nice to have.

No idea what happened to the original pump's cover, although since it was an open-box item when I got it, the easy supposition is that someone cannibalized it. And, shame that the old pump is probably useless now since, like, a plastic cap is the sort of thing that should be easy for someone with a 3D printer to replace.

Neither Preuss, nor the clerk, nor I thought to check that it had the little plastic post that screws into the pump and connects it to the plastic tube leading up. It does not. We're hoping that this is a standard enough plastic dingus that we either have one already or can get it from the hardware store.

bunny_hugger has expressed her desire to die rather than go back to the store a second time for this, although I'm happy going myself.

Now for another day of what I guess is technically speaking trespassing on railroad territory but how are they going to catch me? 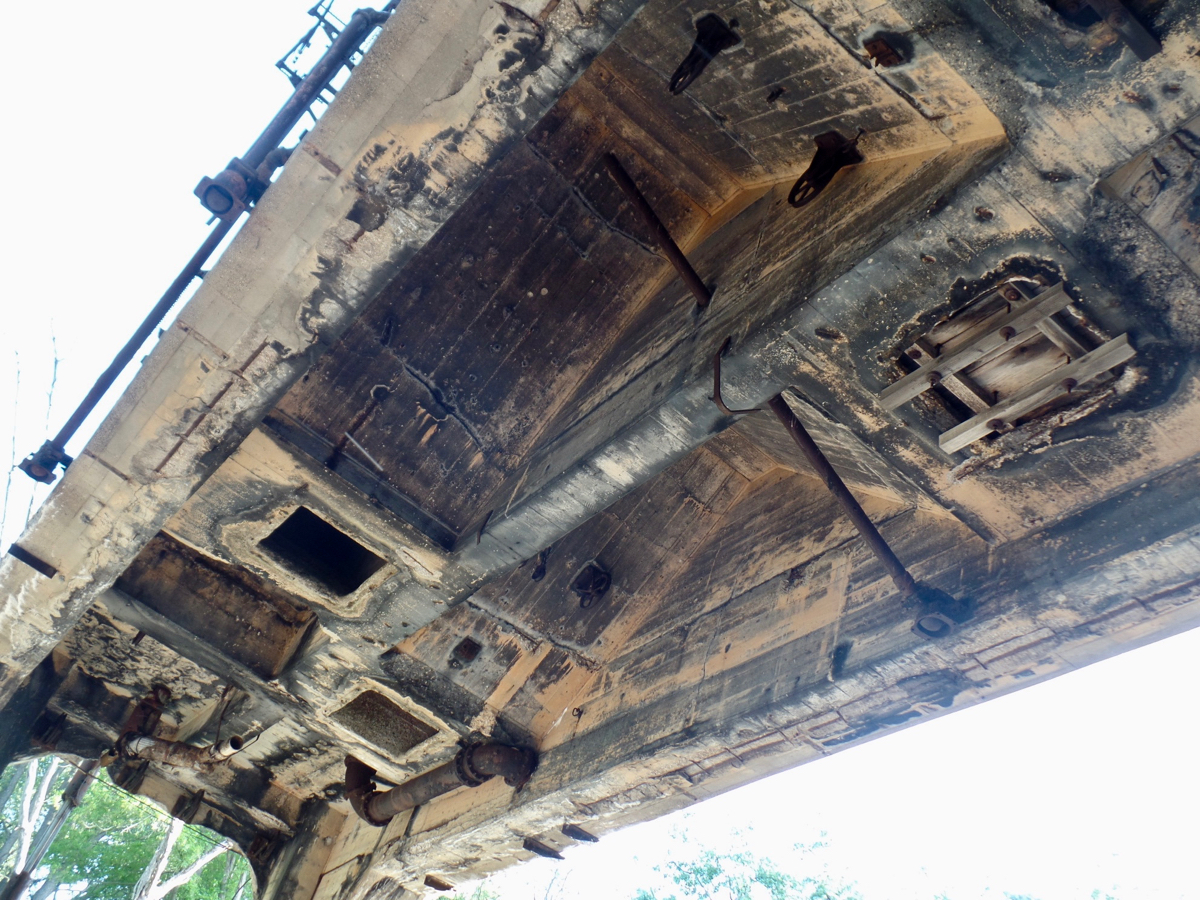 Another look up the Grand Trunk Western Coal Tower and the remains of the mechanism underneath it. 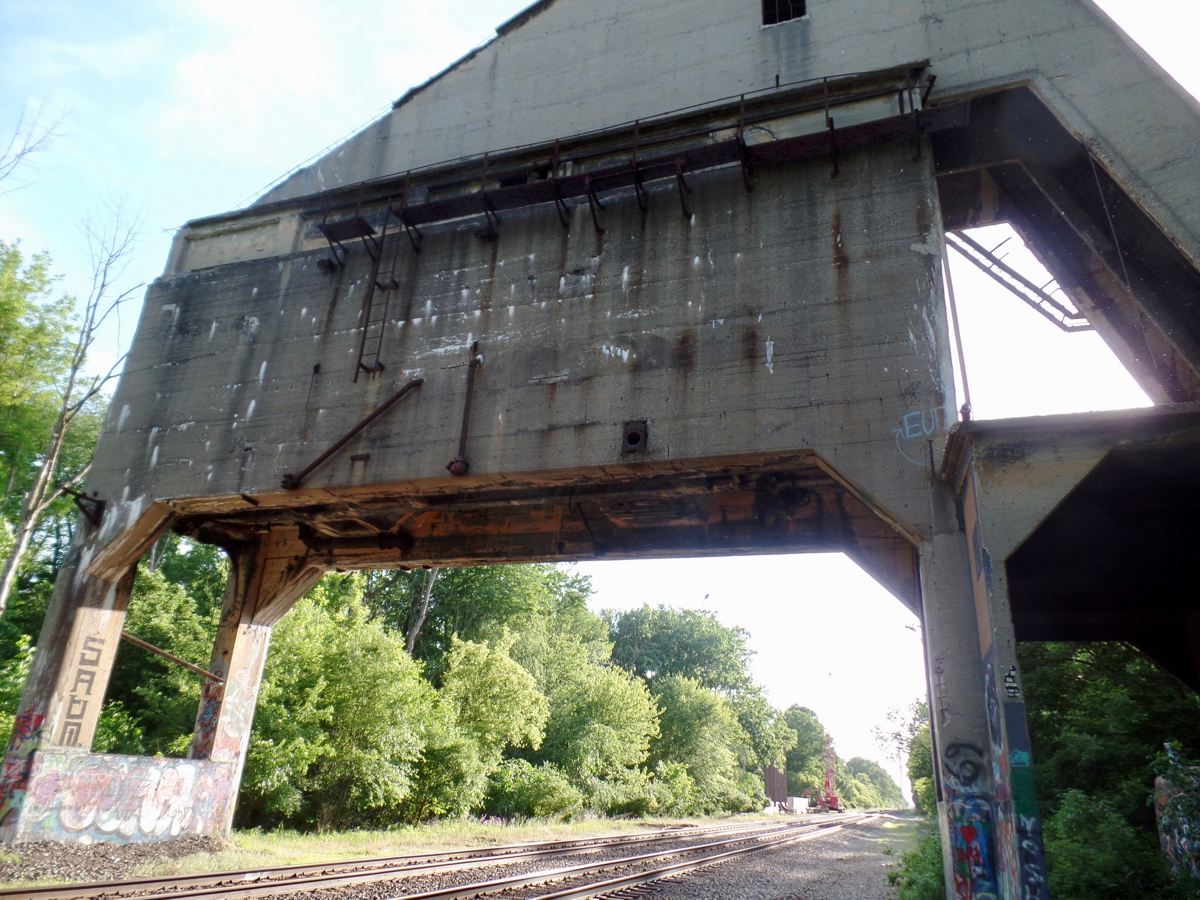 Looking at the tower from the eastern side, the far side. You can see a walkway up there. 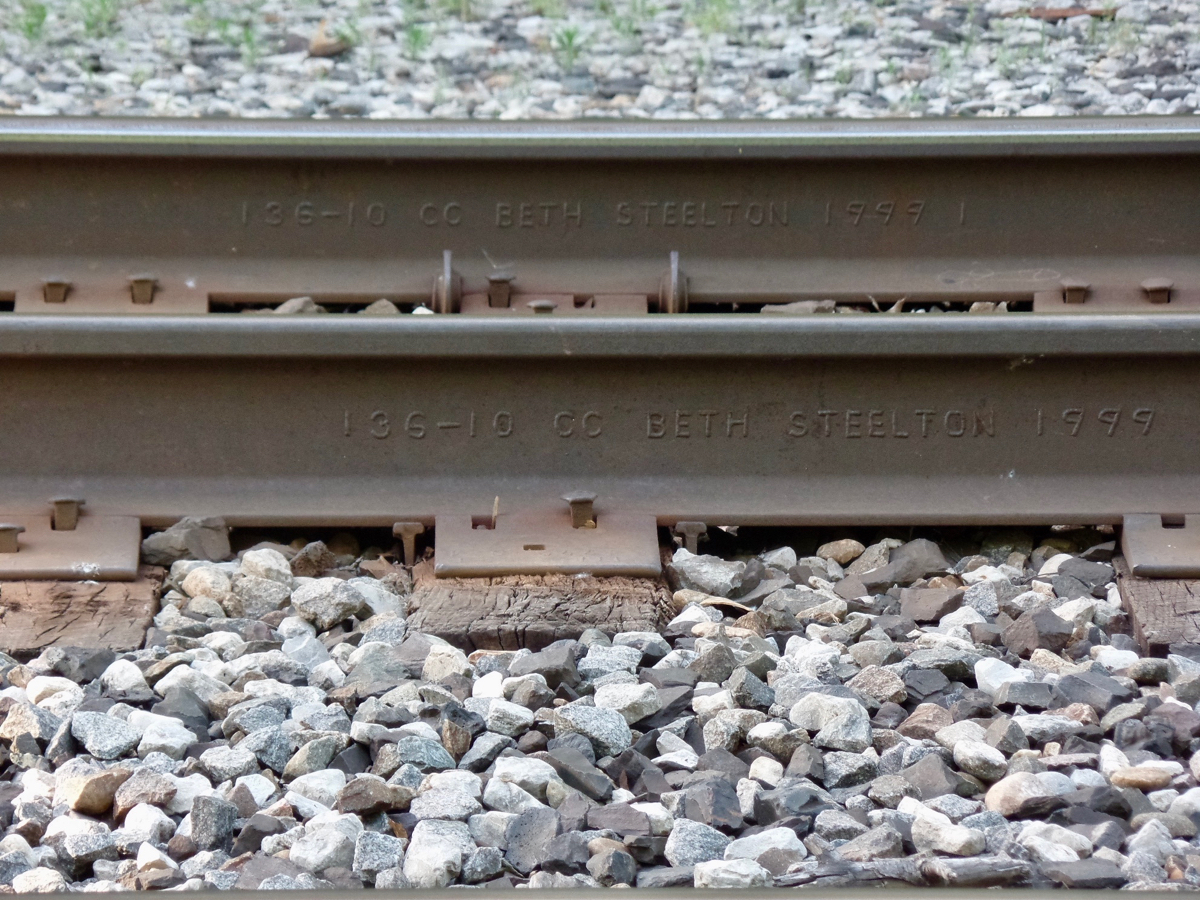 So it looks like the rail was replaced around 1999, then? 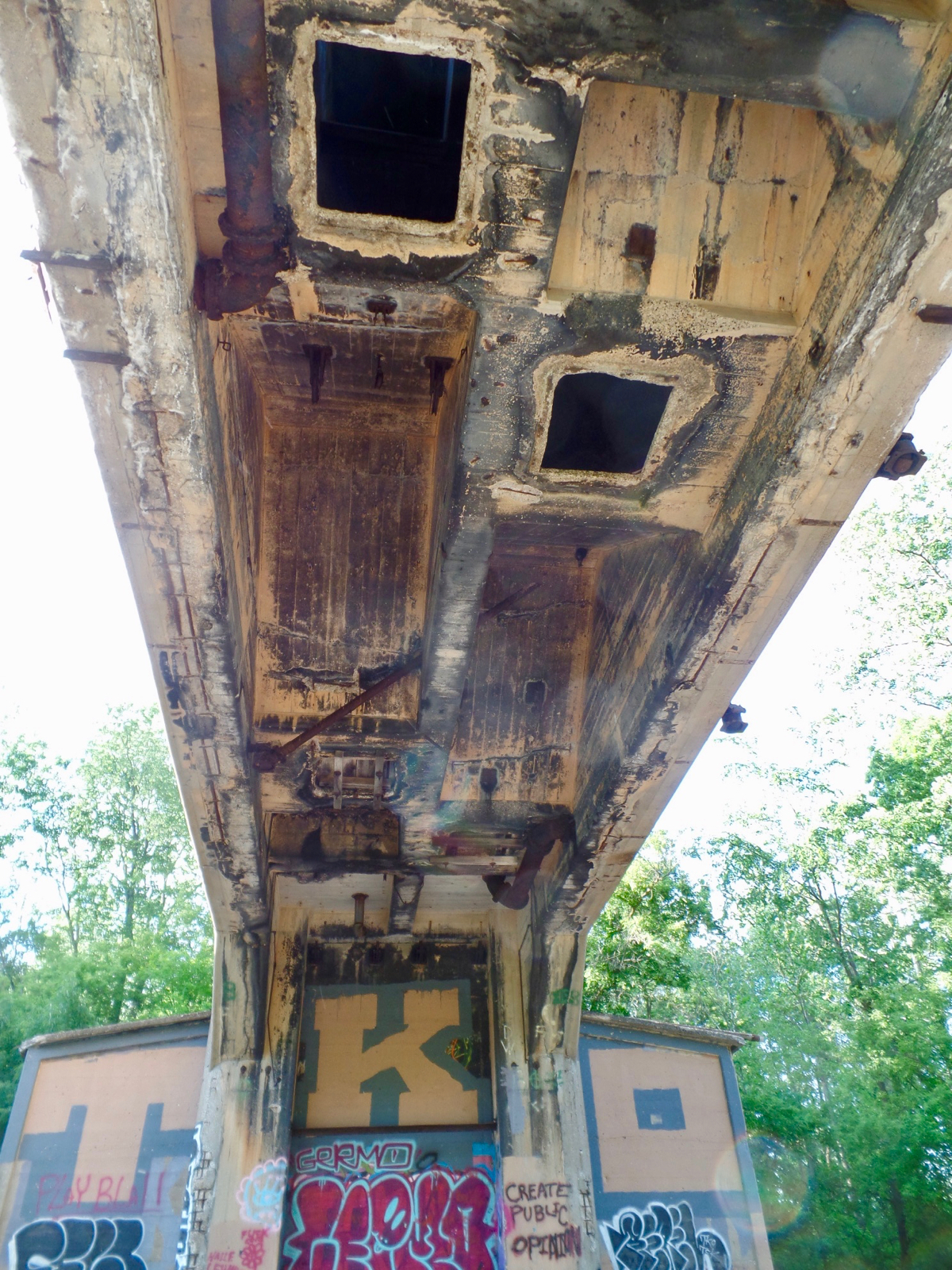 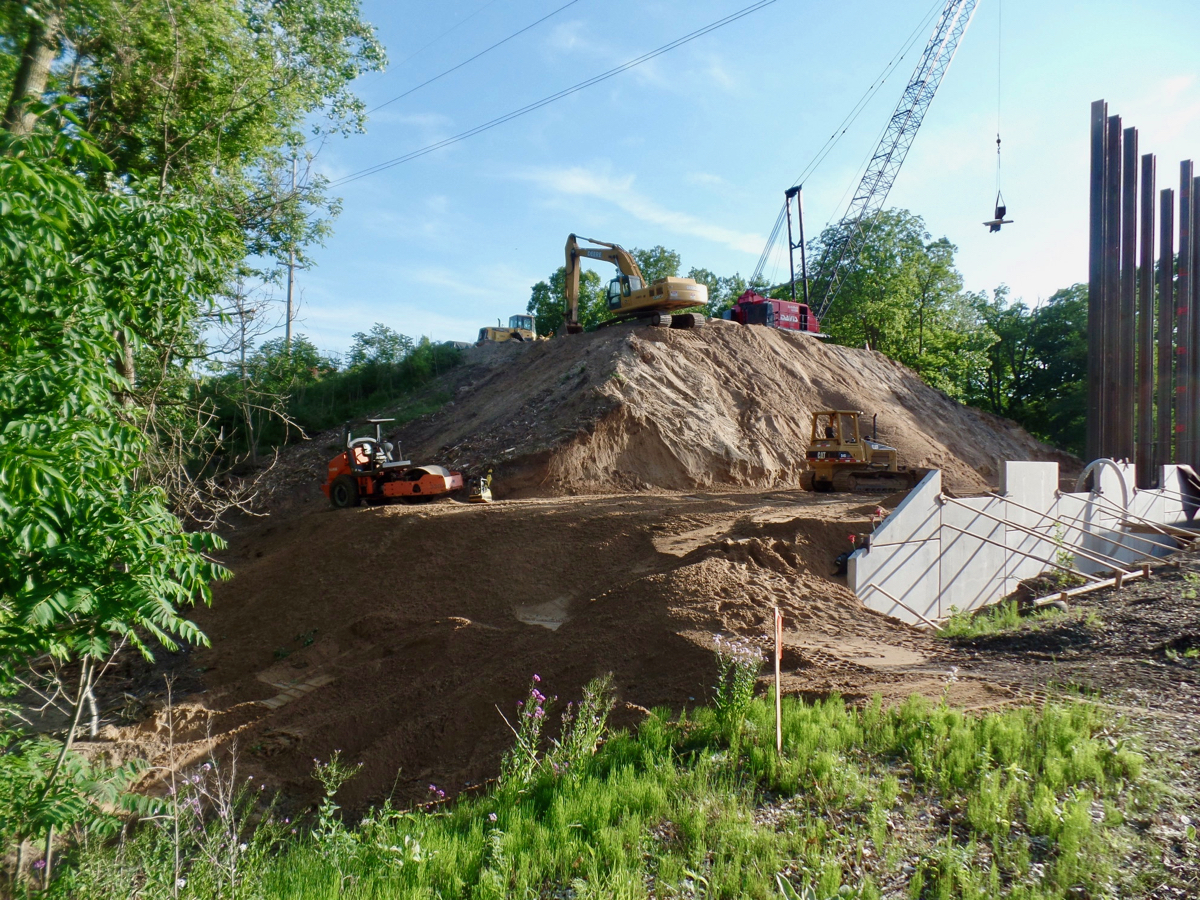 Looking at the southern end of the removed bridge. 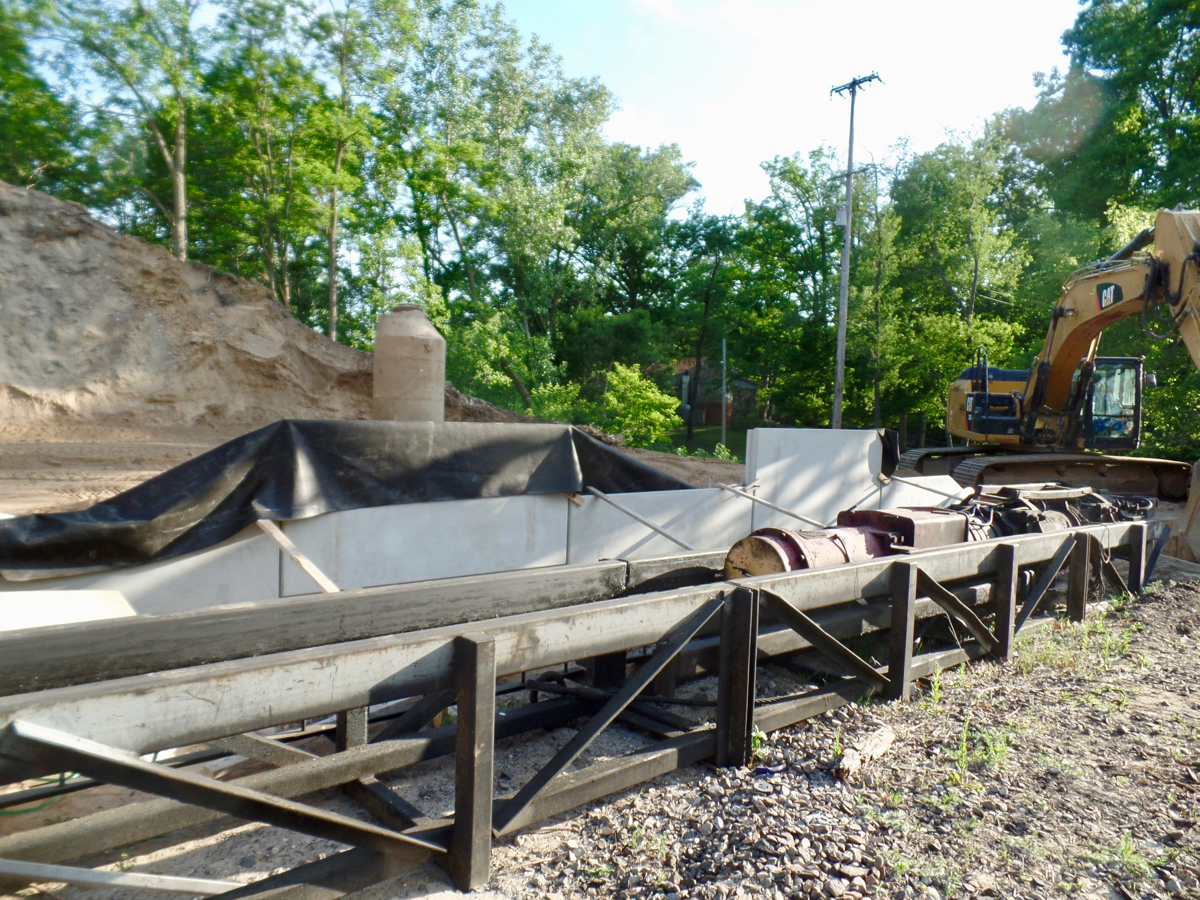 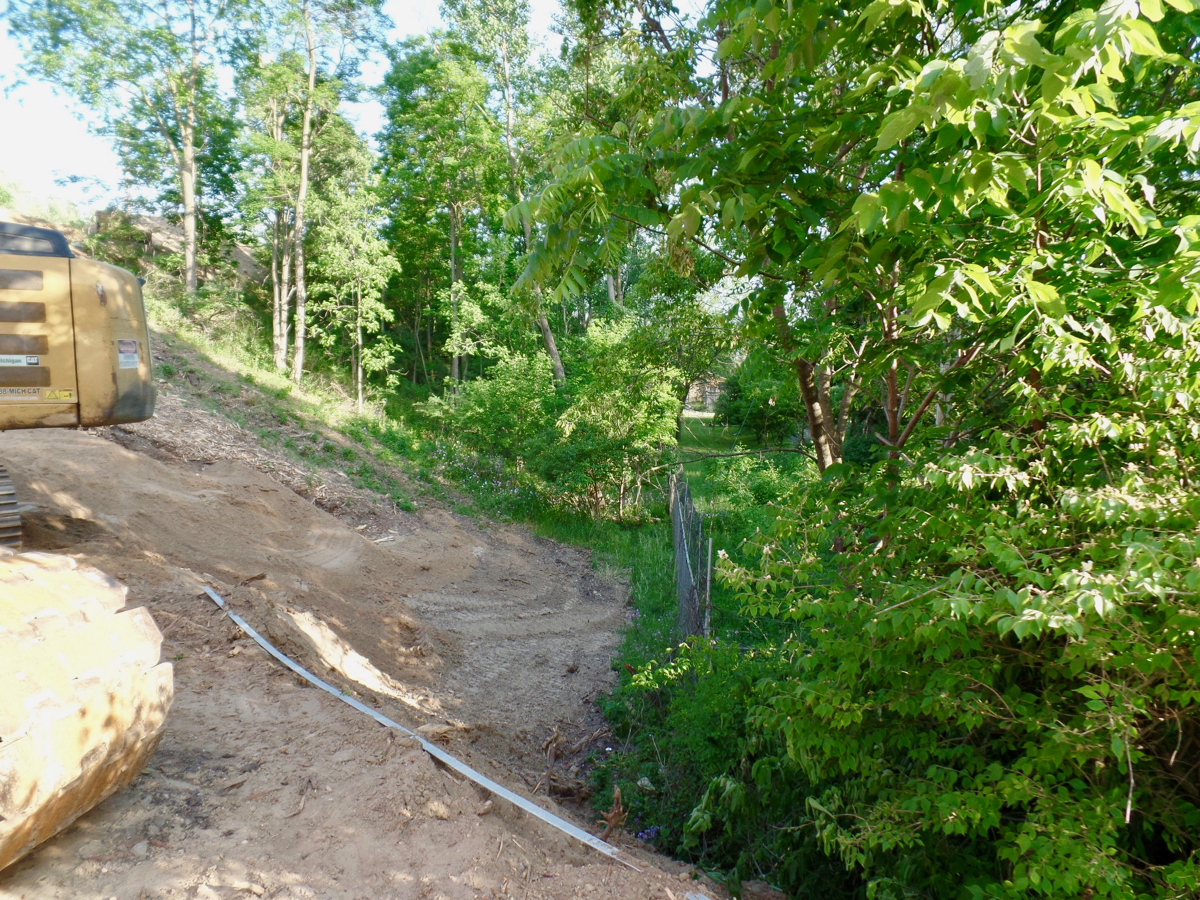 Looking at the southern end of the bridge location. Past the fence is the Potter Park Zoo, although you can only get a glimpse of a building in there if you know exactly where to look. 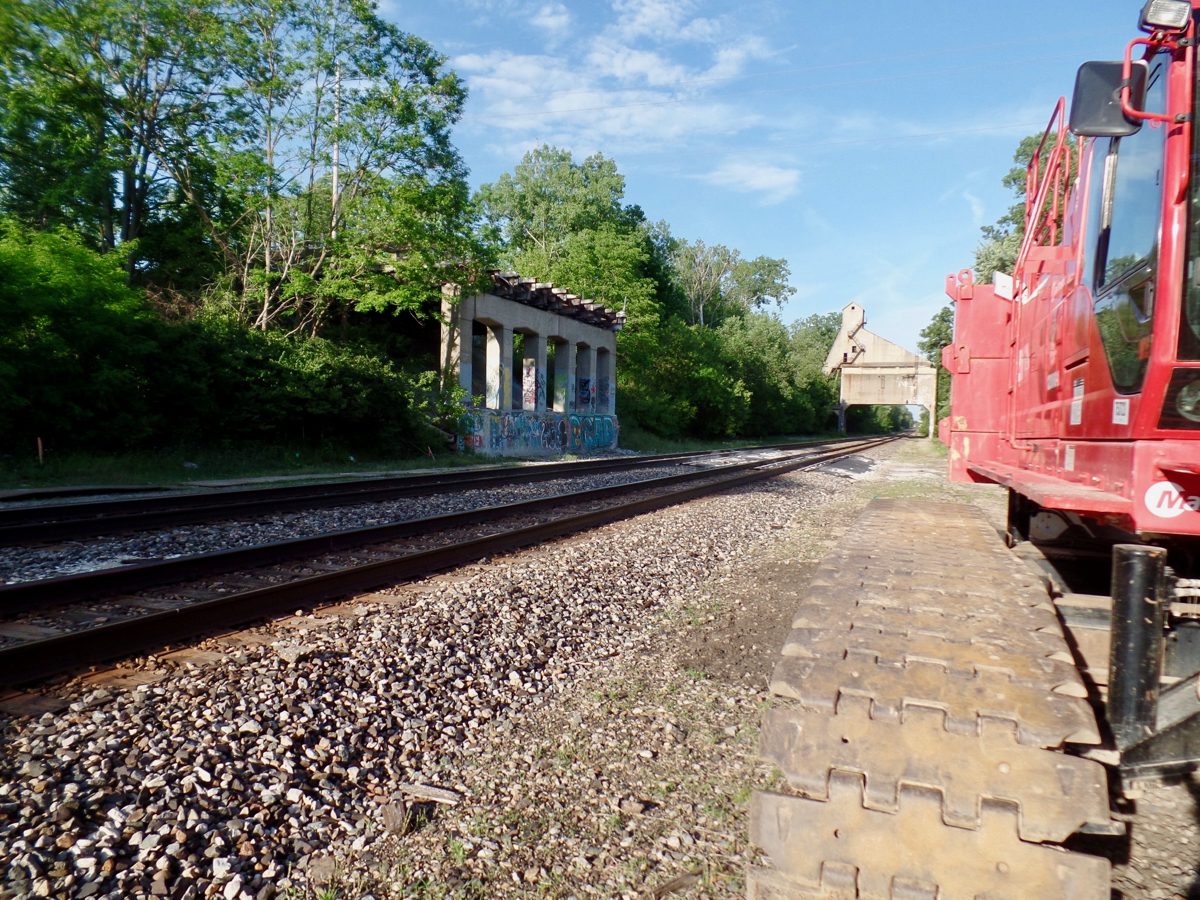 So around here my foot started to hurt and I figured I should head home, which is why it was a short walk that day.

PS: Iva Sallay teaches you how to host the Playful Math Education Blog Carnival for those of you looking for cool stuff to do with your math blogs!