The past two weeks my mathematics blog has not entirely been about other people's stuff. Close, though. So if you didn't see it when it came out, now you can see it:

Now let's get back to ... Wednesday ... when I walked around Turner Park, in Old Town, Lansing. I didn't walk there --- this was a side trip from going to Preuss Pets --- although it's only a small bit farther out than places I have walked. Could get there along the River Trail. 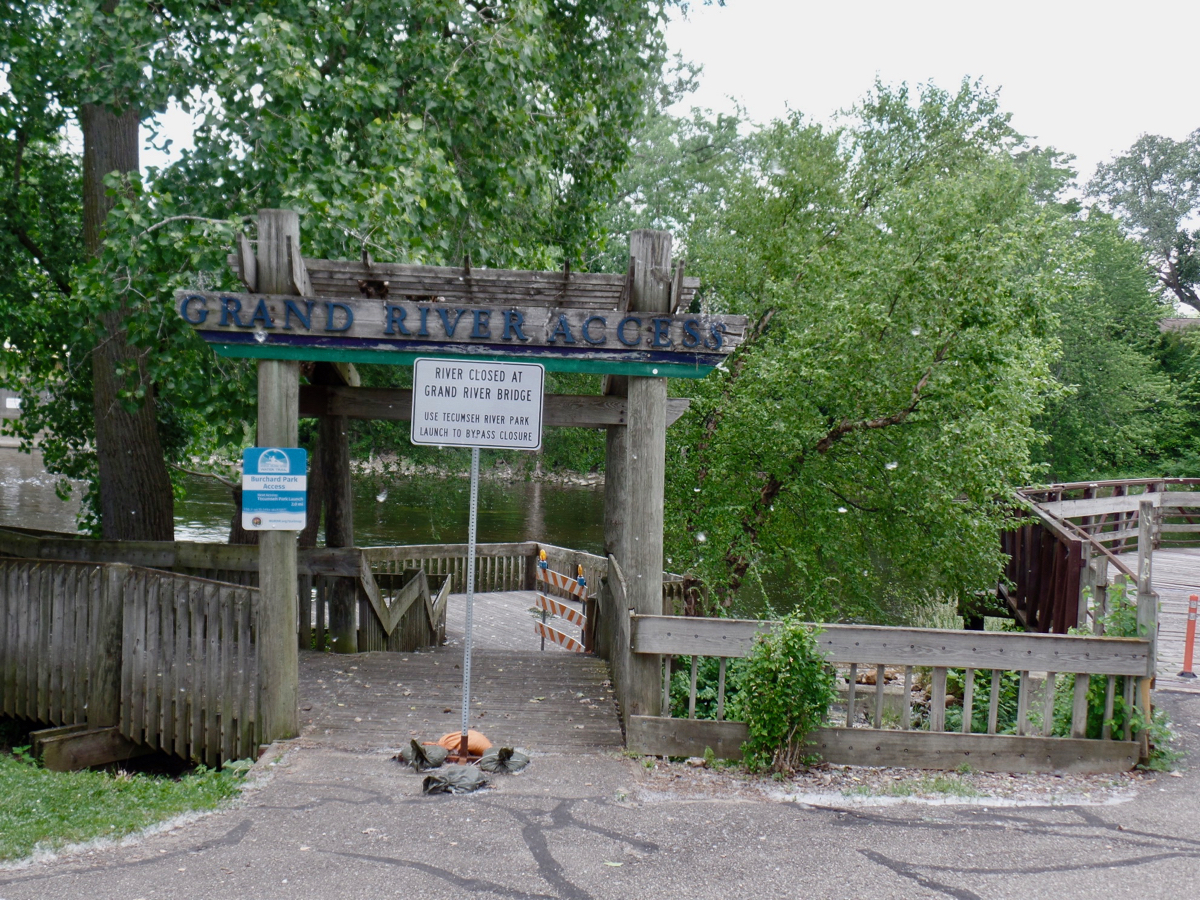 Old Town is right along the Grand River, and if you have a boat or canoe or such that you want to ride on you can just go down to ... whoops! All right, you have to figure a plan B, then. 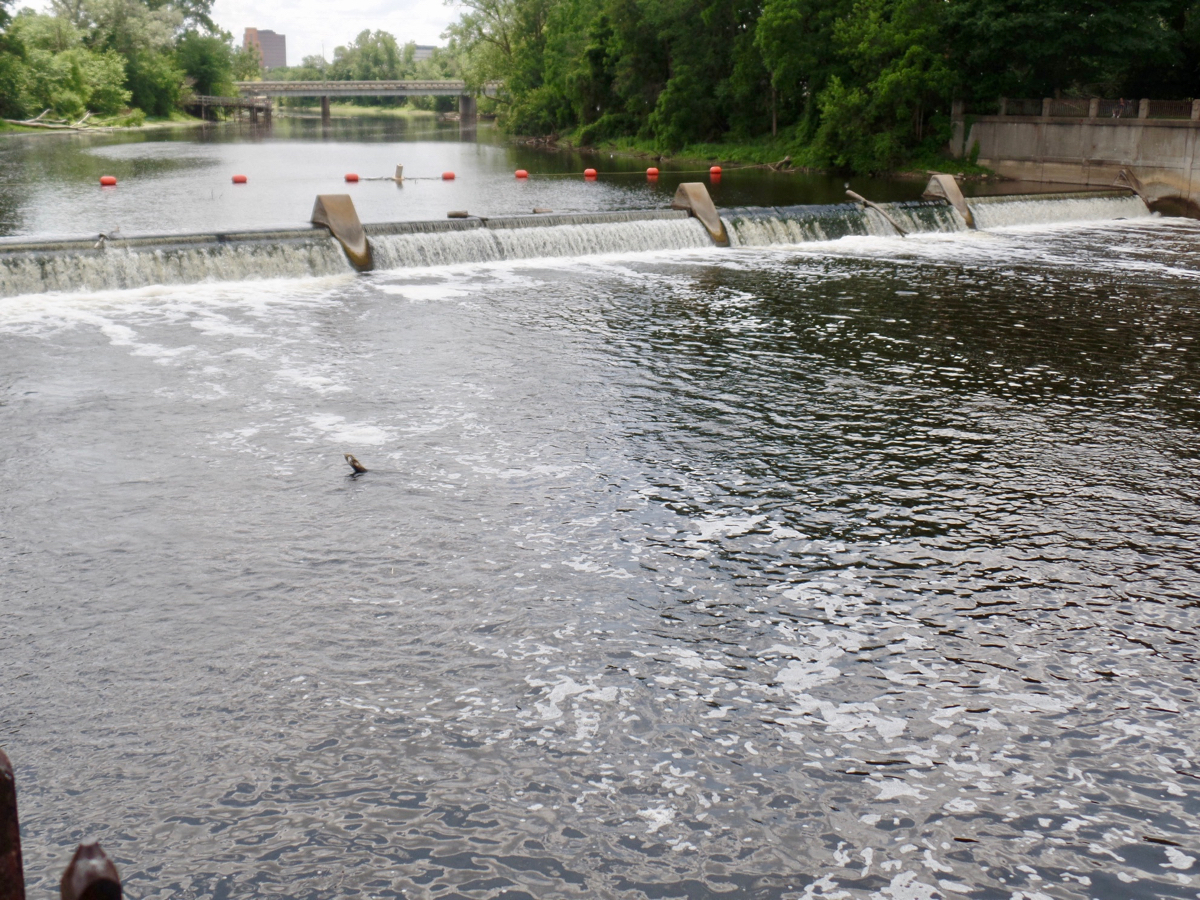 The river's dammed just enough to make it inconvenient for fish. 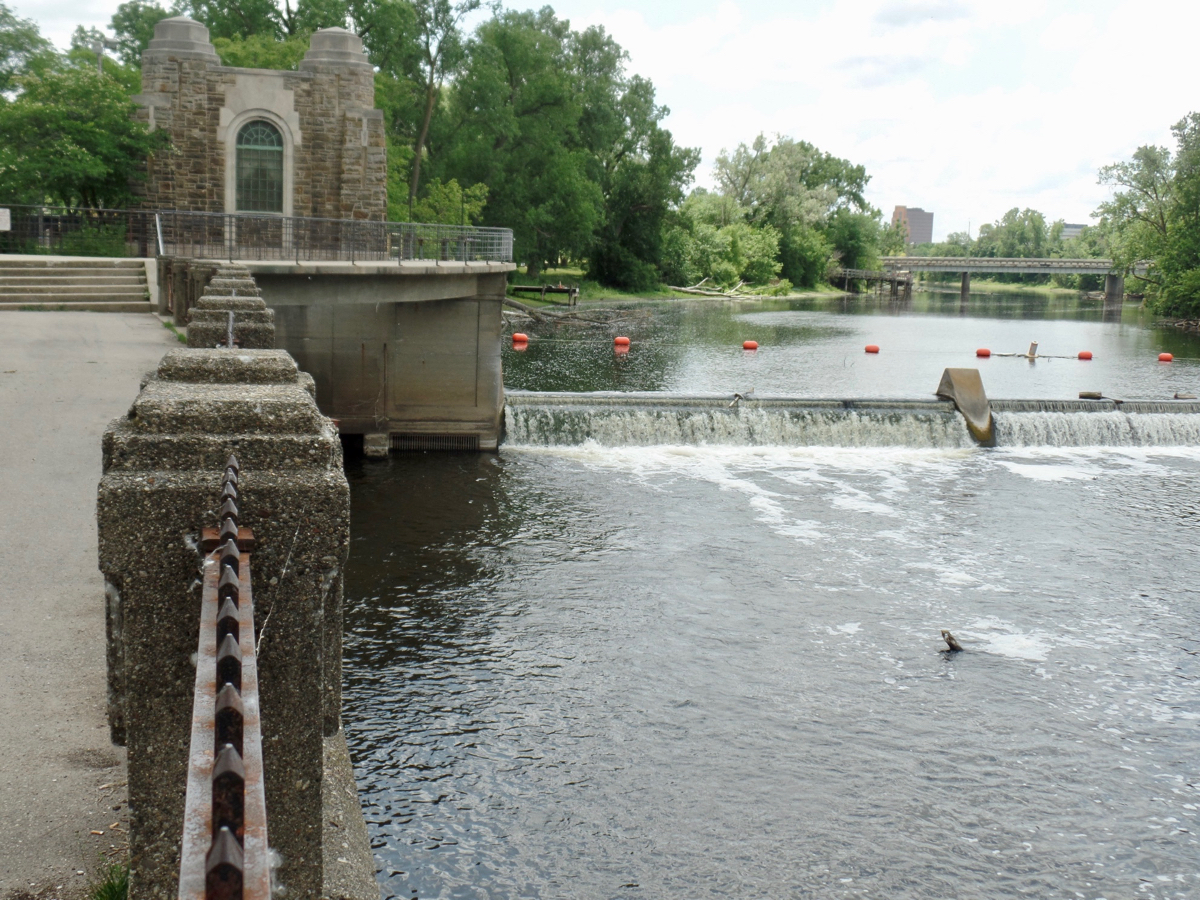 Ah, but we make it up to the fish by offering them this ladder! Downtown is visible past the river. 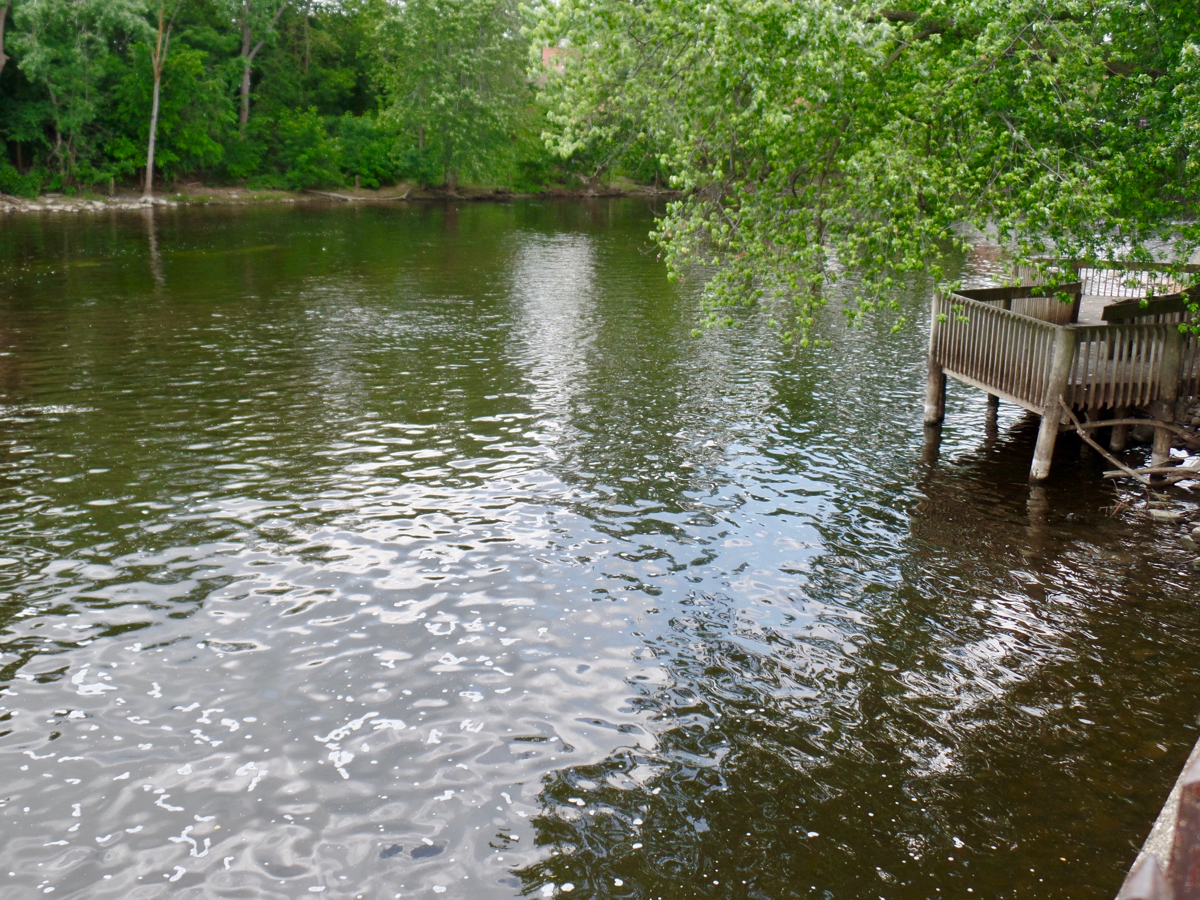 Looking away from downtown, and towards Old Town, along the Grand River. 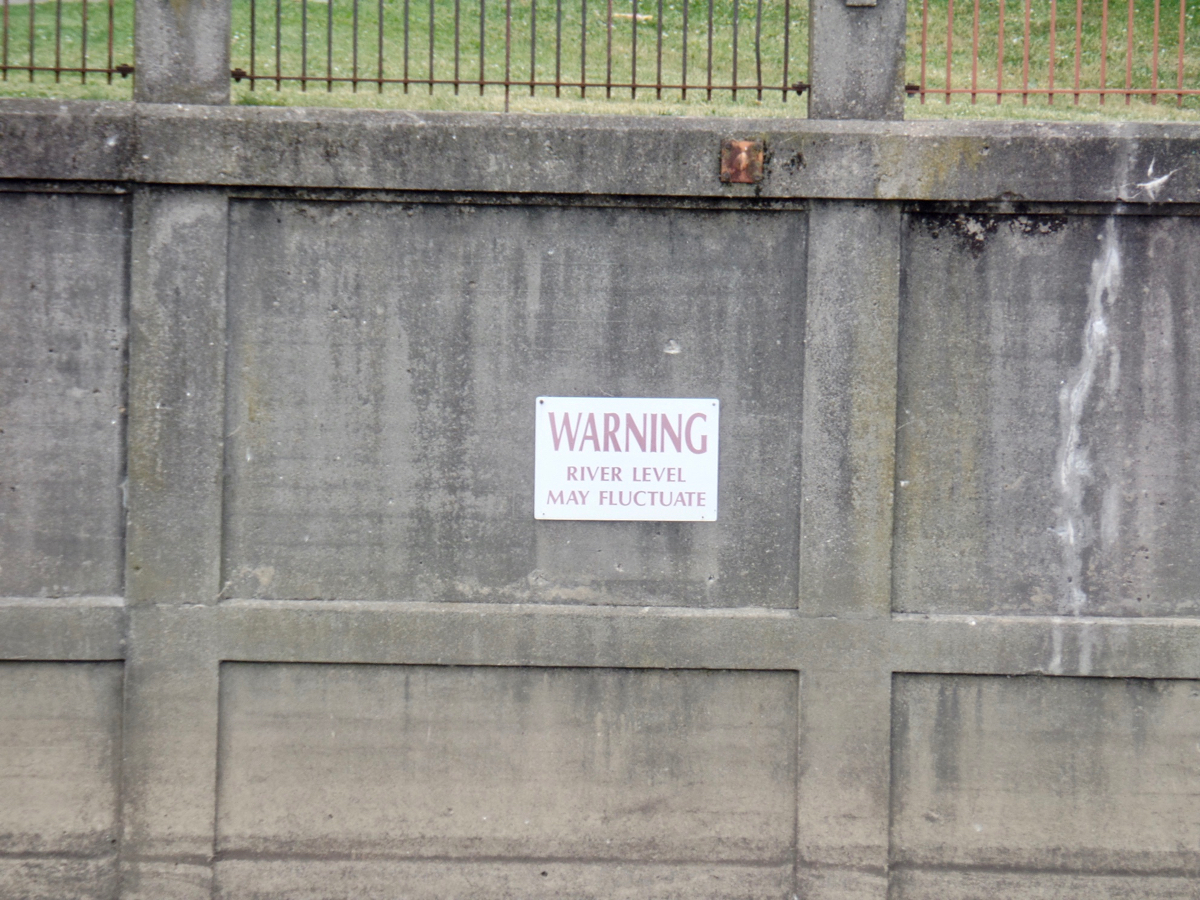 A warning sign that's like 25 feet above the water line, I guess to make sure they cover all their bases, including the possibility of dams breaking. 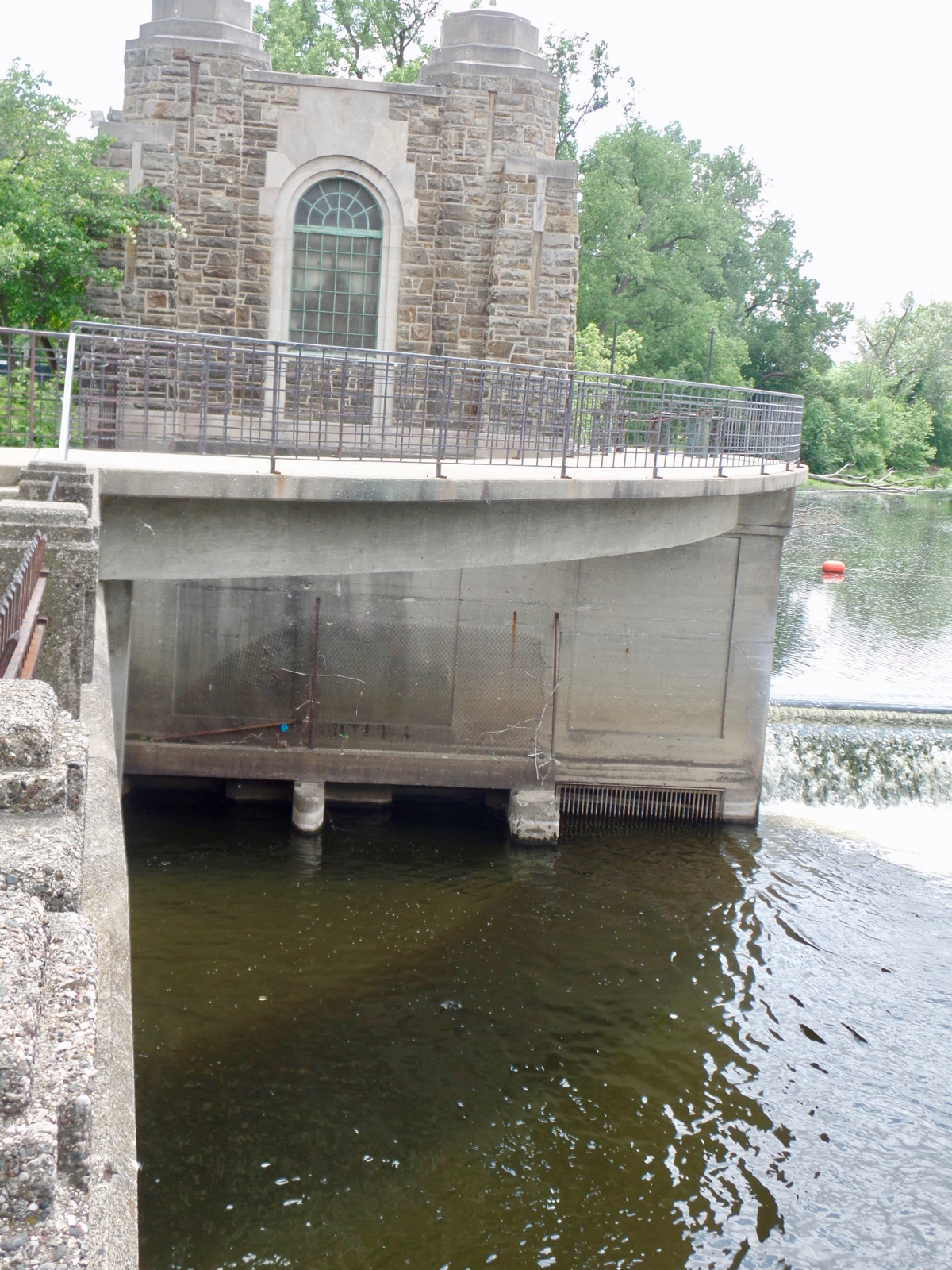 Getting closer to the Brenke Fish Ladder. I don't know the role served by the building that's at its center here.

Trivia: Pierre Paul Broca, studying the sizes of brains in the 1860s, found historical references that Oliver Cromwell's brain had been at least six and one-quarter pounds. Broca dismissed this as preposterously heavy --- except that as old English measurements had only twelve ounces to the pound, and in that case, the claim from Cromwell was of massive yet believable brain weight. Source: Descartes' Bones: A Skeletal History of the Conflict between Faith and Reason, Russell Shorto. Shorto is not clear just what this means. My reconstruction is that someone at the time of Cromwell's posthumous hanging measured his brain weight at 75 ounces and recorded it as six and a quarter Old Pounds, and then that was read later as six and a quarter New Pounds, or 100 ounces. Which seems plausible enough except that Wikipedia indicates the standard reference range for human male brains topping out at about 58 ounces (well, 3.57 pounds), so who knows?