We might, finally, be ready to bring the fish out.

bunny_hugger got a replacement pond vacuum that's the same model as our original and broken one. The major difference between this and the replacement is it has a broader plastic rim for the end of the debris bag to close around. So when you close it up tight it's much harder for the thing to fall off. I pulled it as tight as I possibly could, and then tied the drawstrings together. At that I moved gingerly around, in the hopes that momentum would not pull the bag past its lip.

And this time, glad to say, we were successful. The bag never came off, but it did come up with an ever-diminishing heap of decomposing leaves and muck and mud. Between this and the couple false starts we got maybe five bags worth of debris off the bottom of the pond so we're calling that good enough. The pond, a day later, is still incredibly cloudy and we can't see the at least two goldfish we know wintered over out there.

We also treated the pond for flukes, just in case. This was a matter of pouring powder into a quart of water, then mixing that into a five-gallon bucket, and then pouring that around the rim of the pond. It ought to take care of the parasites that attacked our poor fish in the past. In the meanwhile, it's added to the debris cloud occluding the pond, but that's all right. It has time to settle.

Speaking of fish, let's go back to this past Wednesday and my prowling around the Grand River. 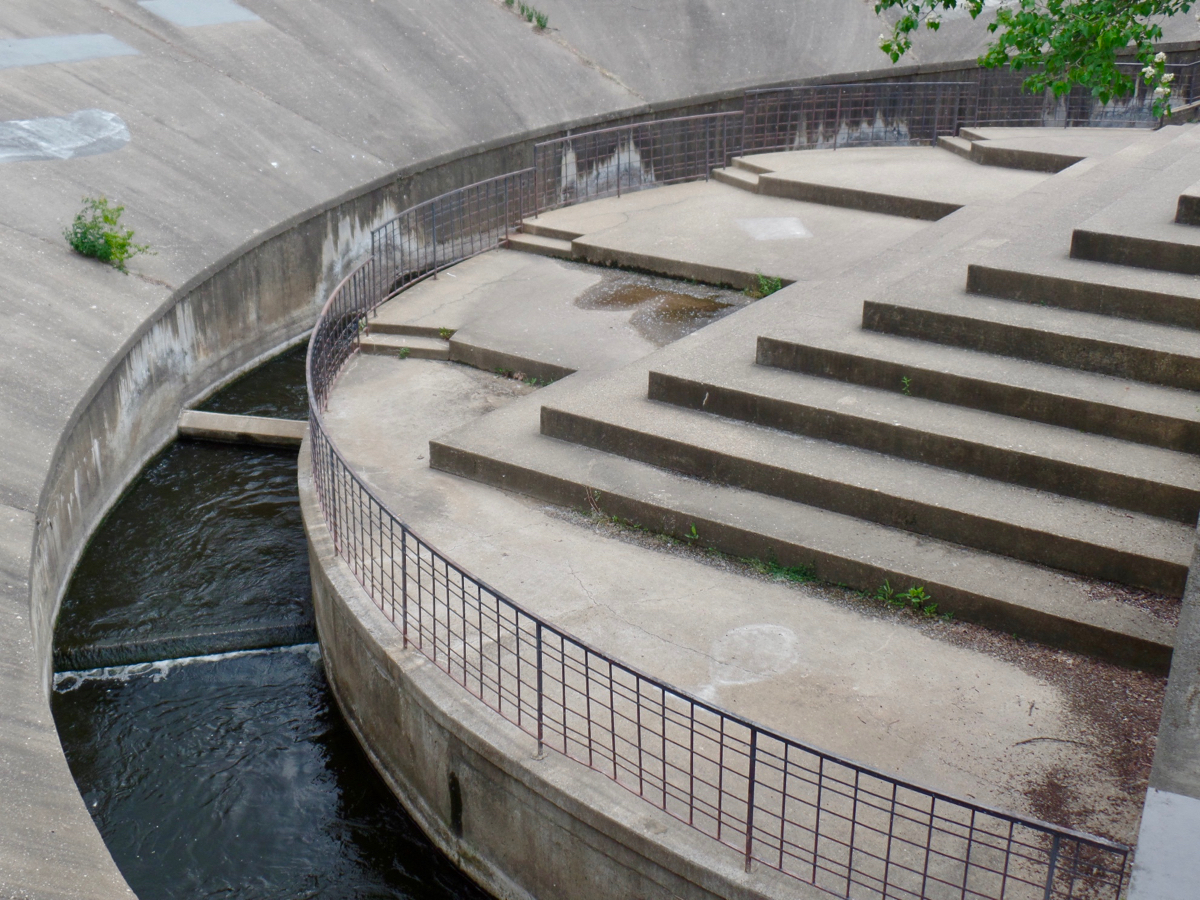 So here's the Brenke Fish Ladder! It's a pretty nice semicircle of shorter waterfalls that give fish a fighting chance of getting to the other dam in town, the 31-foot-tall one. I don't know what they do there. 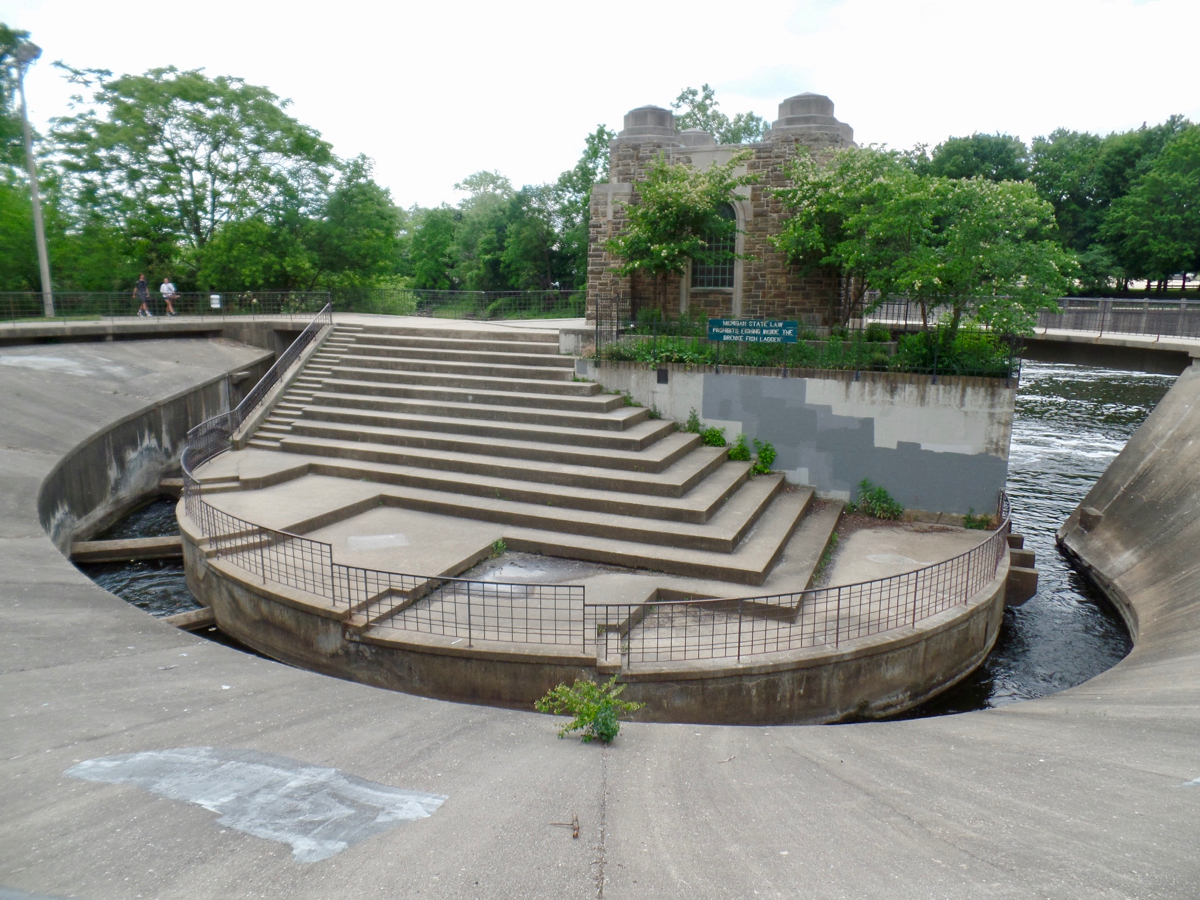 A view of the whole arc of the Fish Ladder. No fishing from within it. 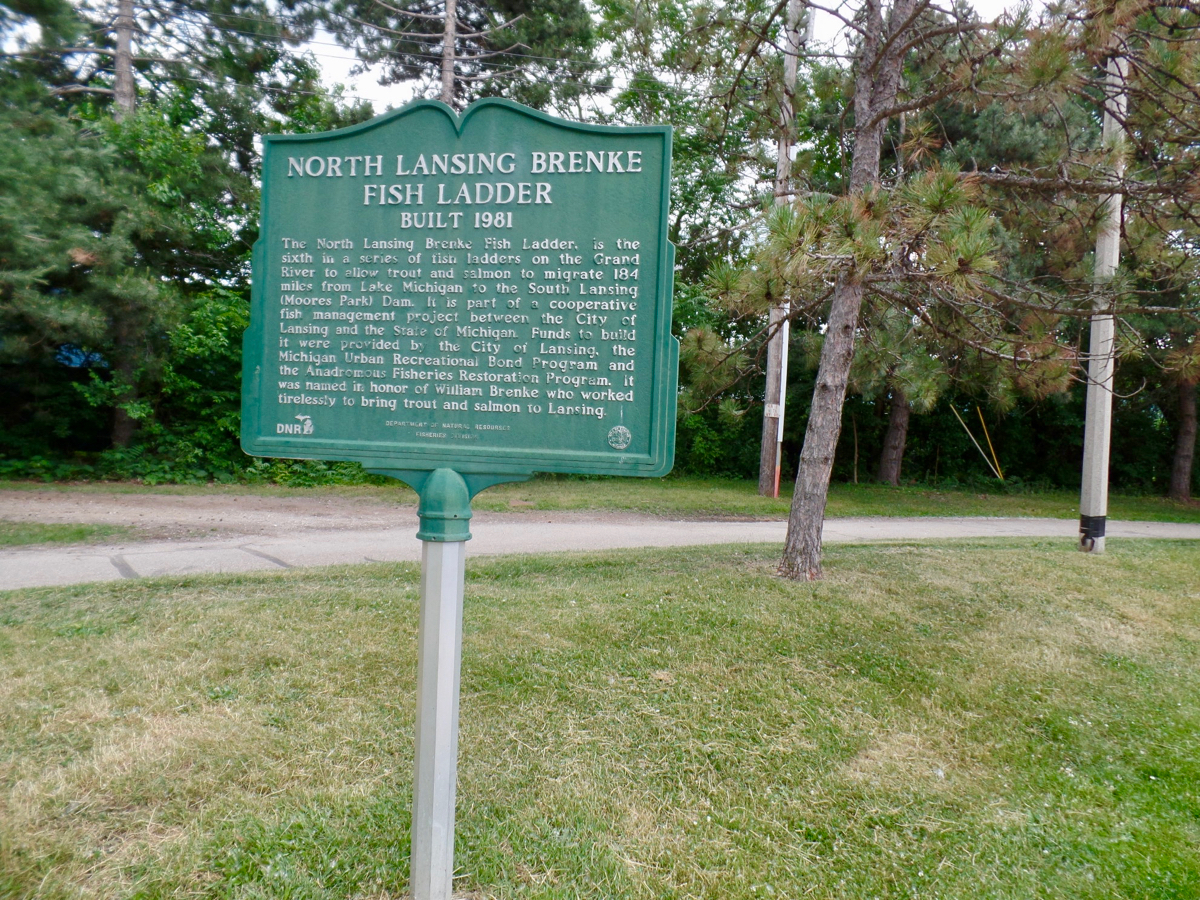 Marker explaining the 1981 construction of the Fish Ladder, which does make it sound like yeah, this is just to let fish get the couple more miles to the other dam in town. 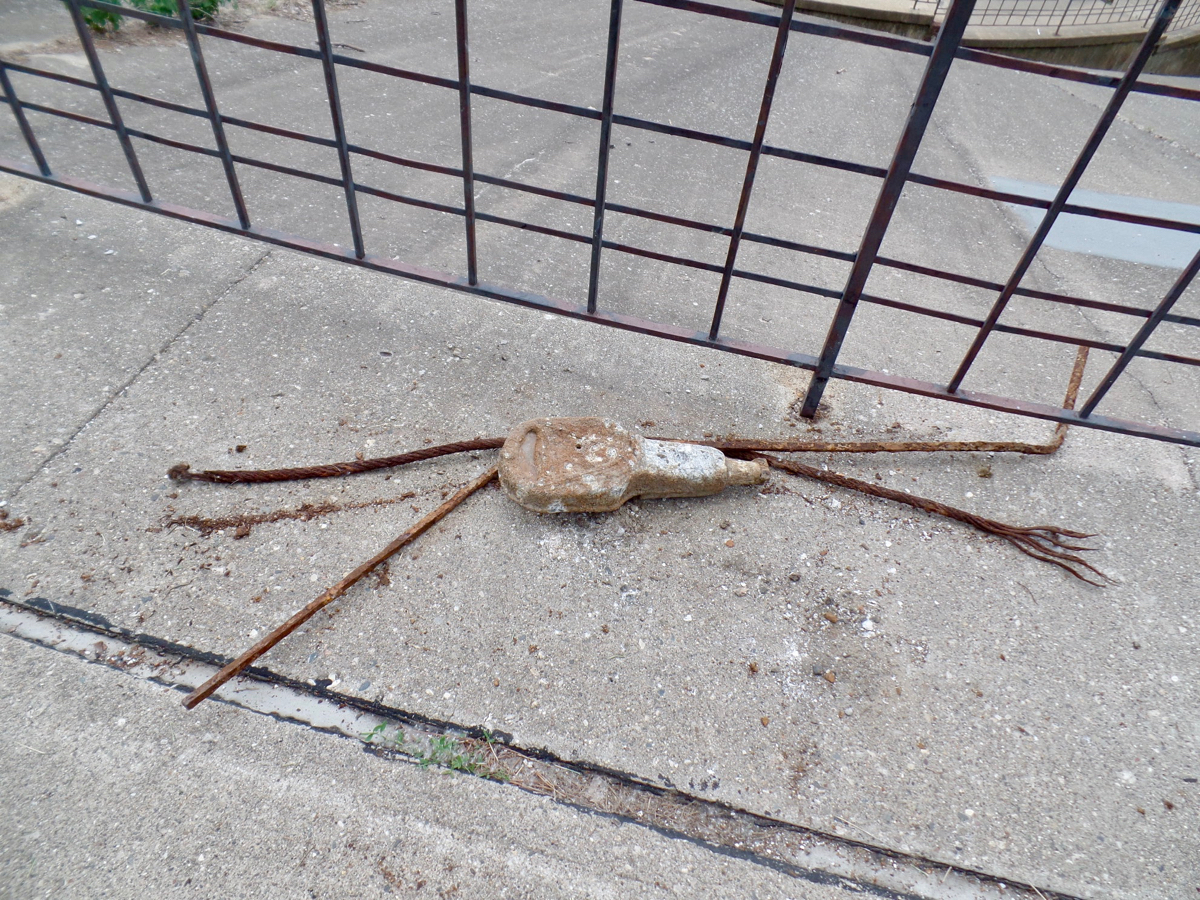 Fossilized parking meter passed out face-down in its egg and chips. 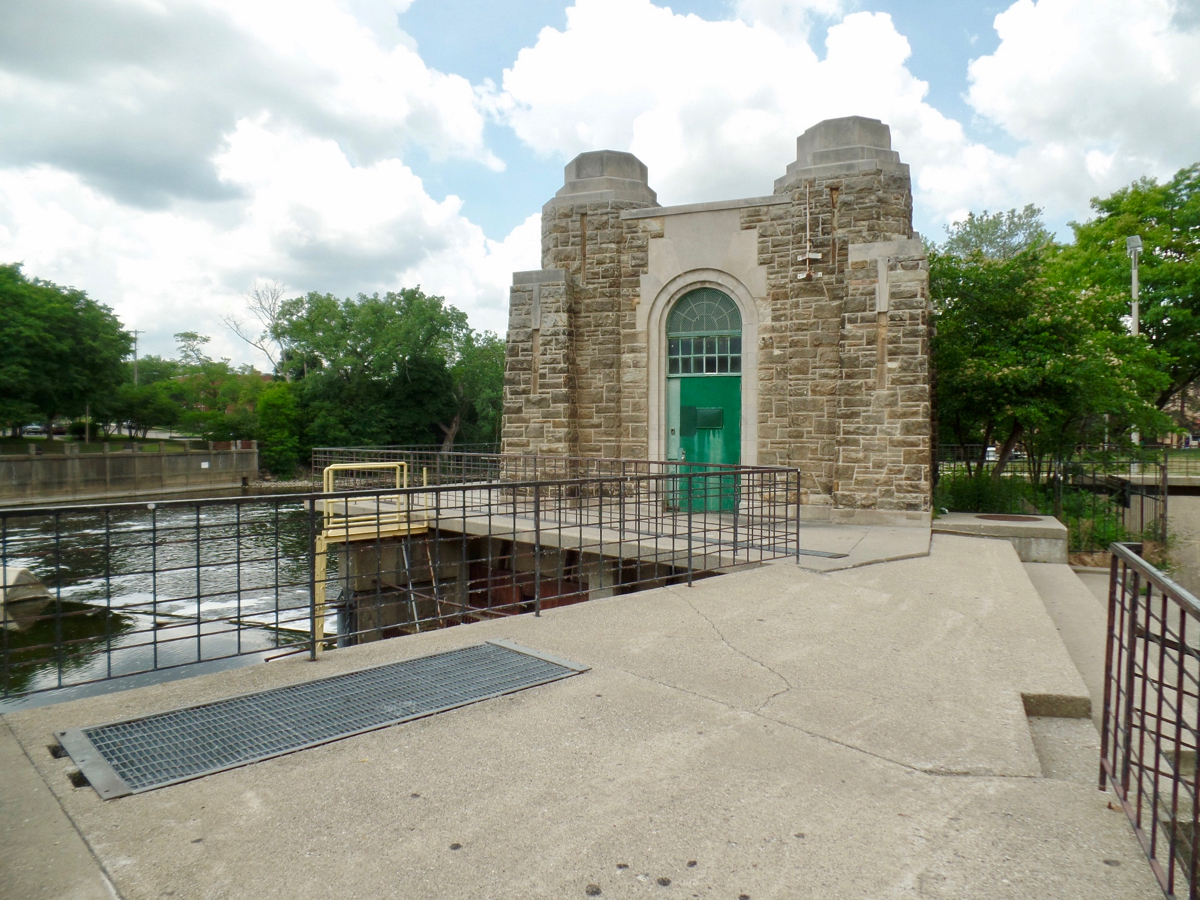 The mysterious but nice-looking building at the center of the Fish Ladder's arch. 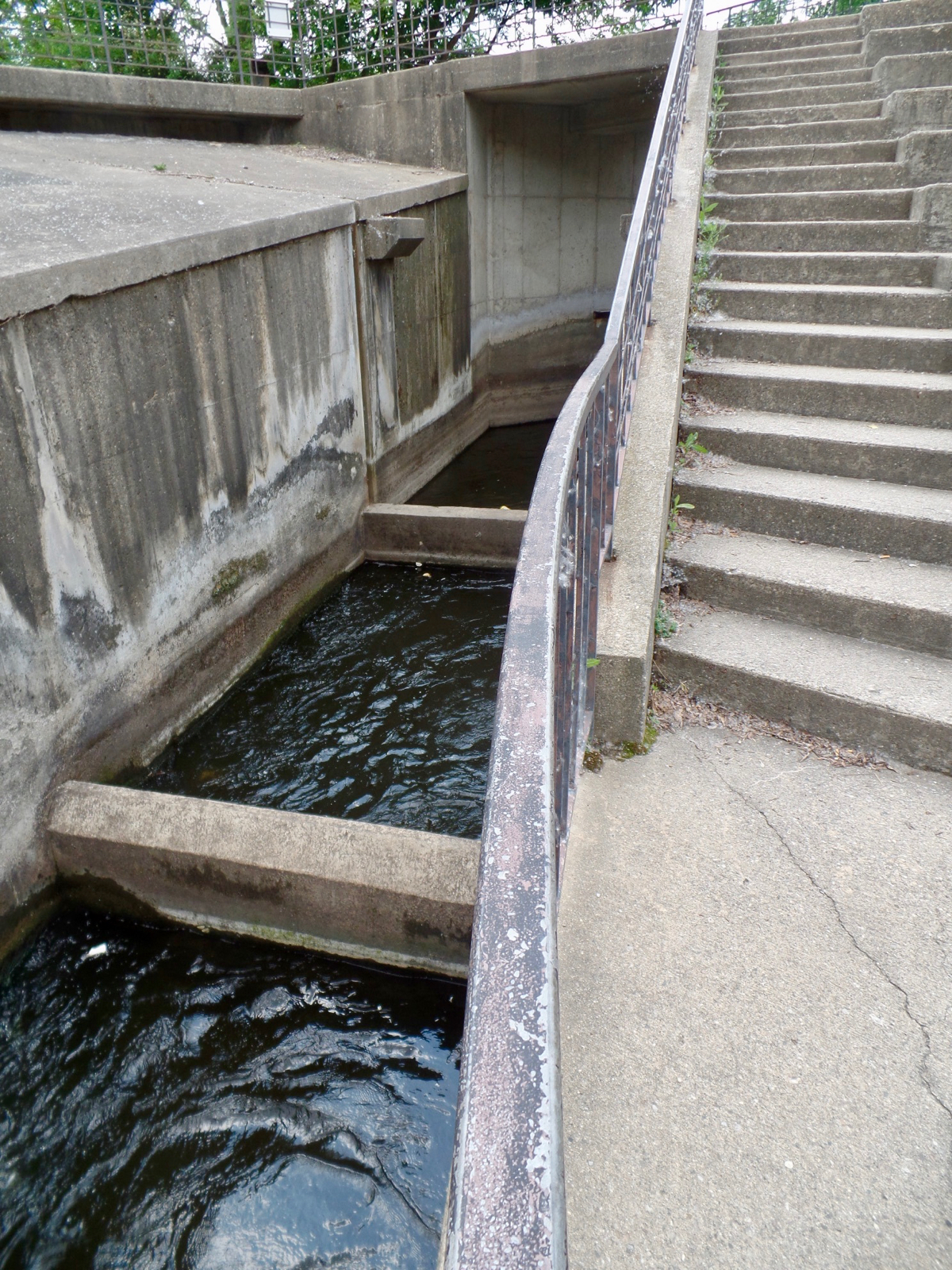 Looking at the smaller waterfalls from within the Fish Ladder, where it's all still a very 1970s concrete park.

Trivia: Zeno, emperor of the Roman Empire (of the East), in 485 AD prohibited the use of Rome's public water supply for the driving of mills. Source: A History of Mechanical Inventions, Abbott Payson Usher.

PS: In Which I Feel A Little Picked On which is barely even a mathematics blog entry but there, it's something, enjoy.