So I'm told there was a thunderstorm that rolled through town this morning. Or, maybe, that picked up and smashed down hard on town, rattling the place loose. Apparently the Lansing reddit filled up with people saying it was such a loud thunderclap they thought, like, the gas station had caught on fire. It woke

bunny_hugger. The storm was enough to set fire to buildings in two different towns. No injuries, which is why it's fine to be flip about it. One was a person's home. One was a church. The lightning caused, the news said, one of the crosses atop the church's tower to explode, which is pretty metal of the storm.

Hey, how about some pictures of Sunshine doing a Dead Bunny Flop? 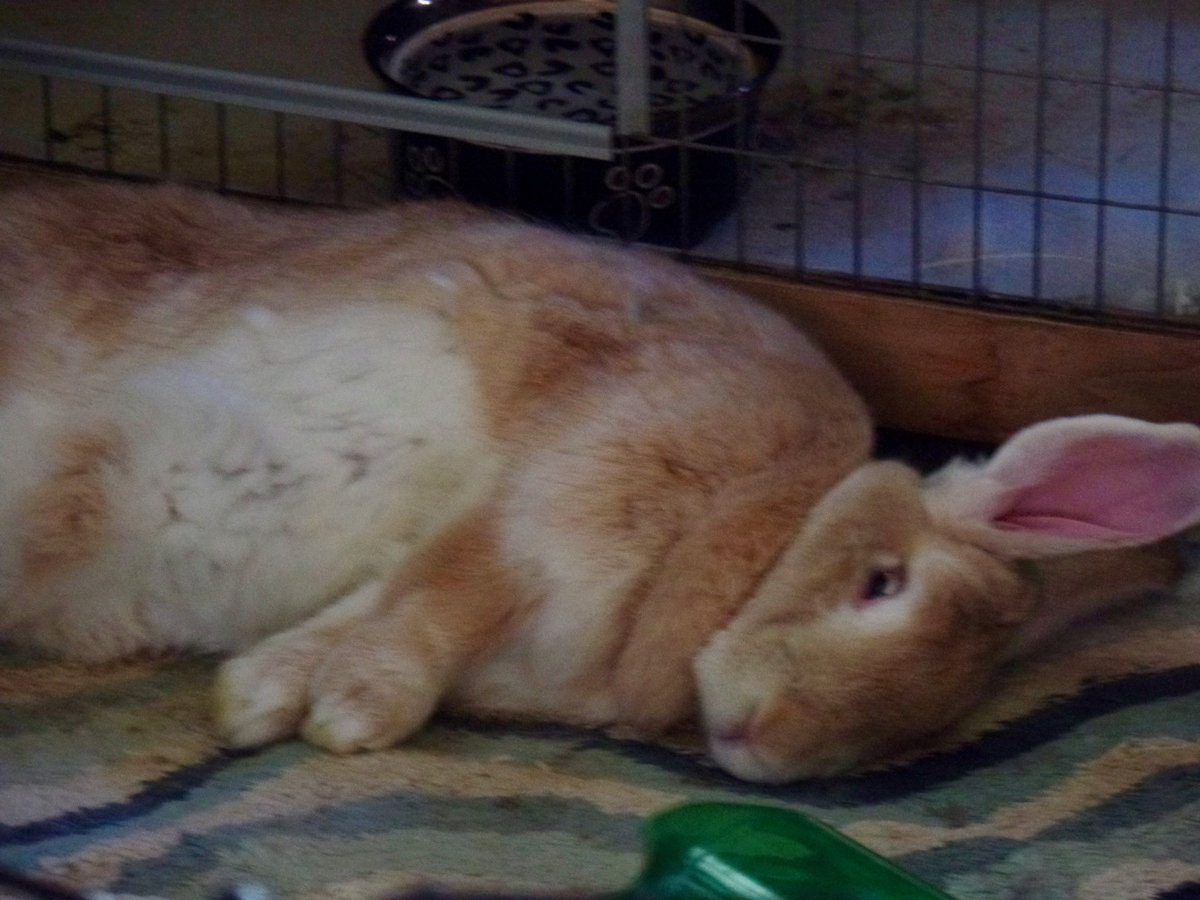 So here's the basic pose, with her front paws crossed over. She is on the alert, you can see from her ears. 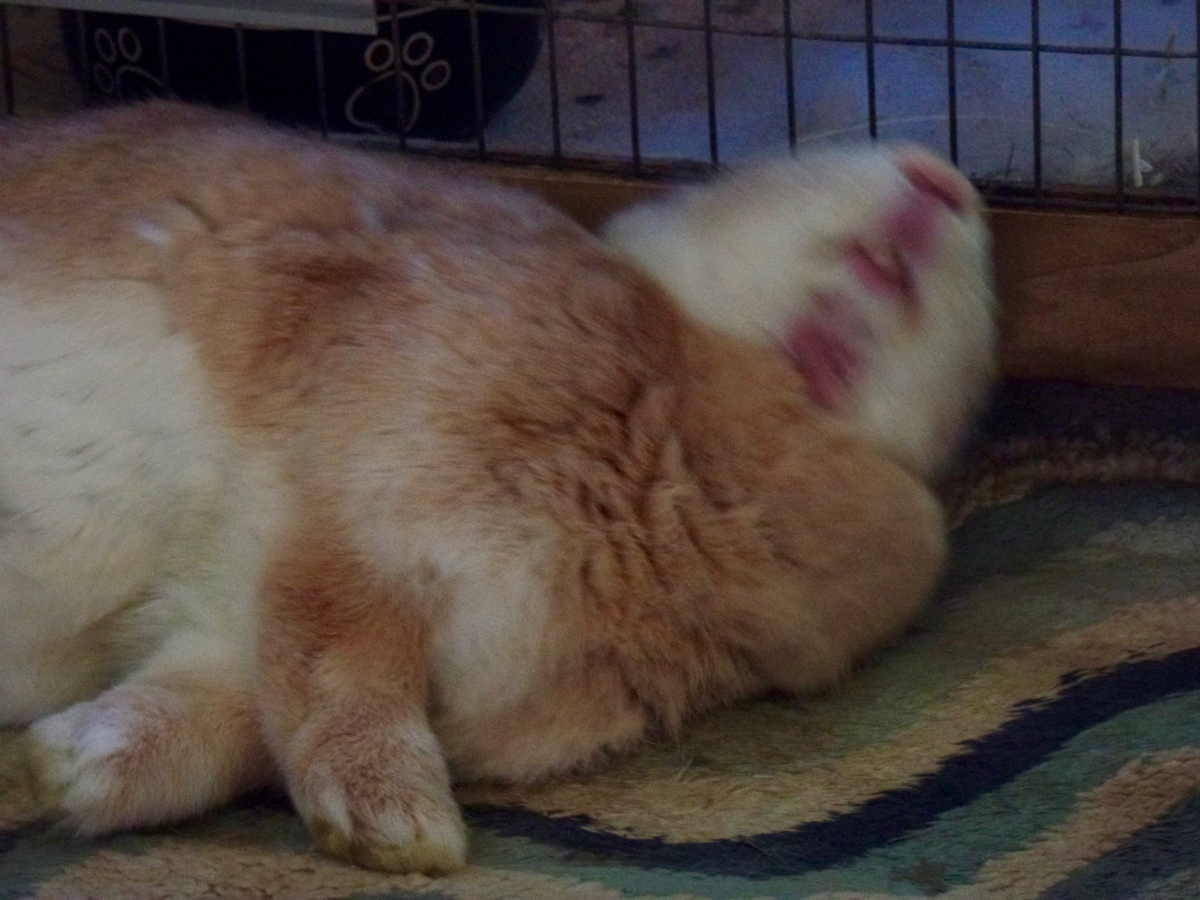 Chin! She'll sometimes tip her head back and we're not positive what she's scratching that way, but it's fantastic every time. 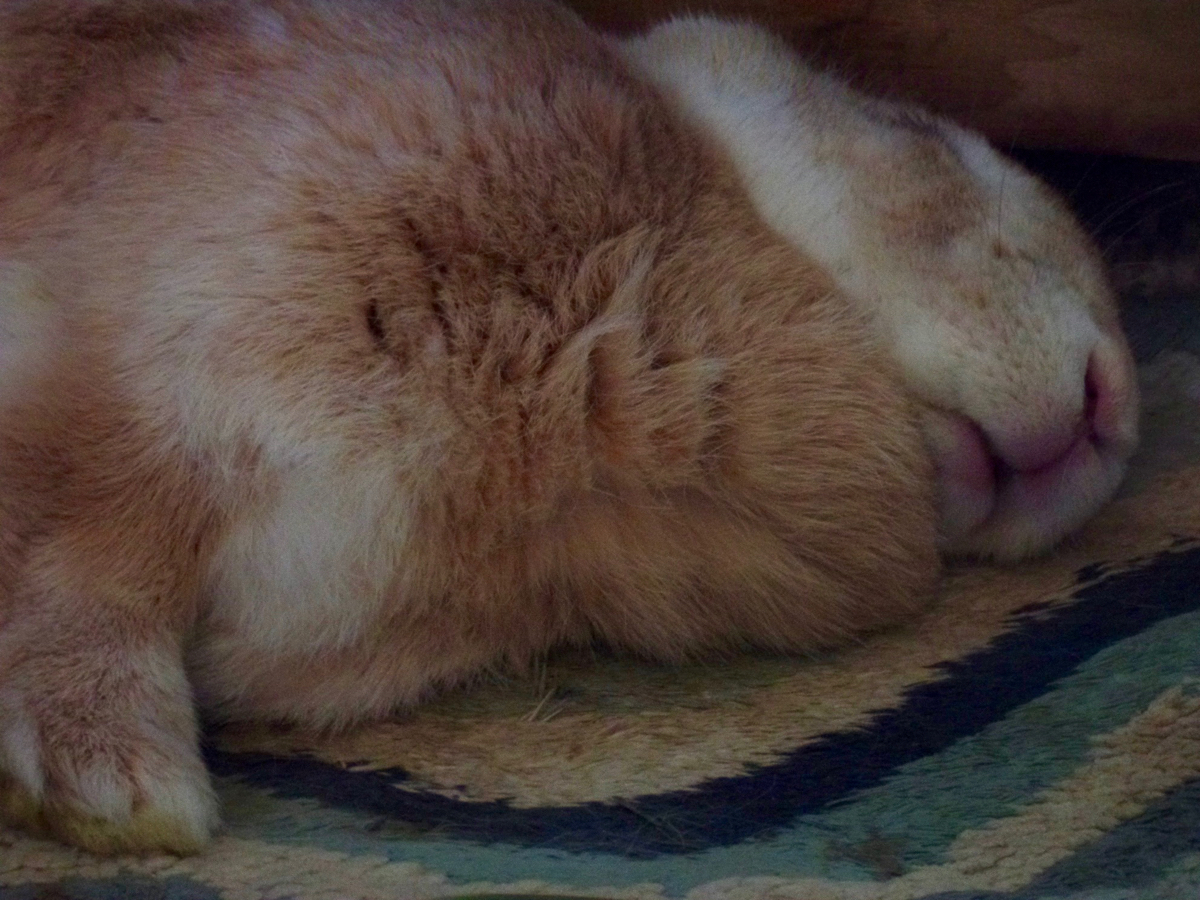 And now she's at peace in the sort of pose that makes you worry. Note that her mouth is just the littlest bittiest bit open. 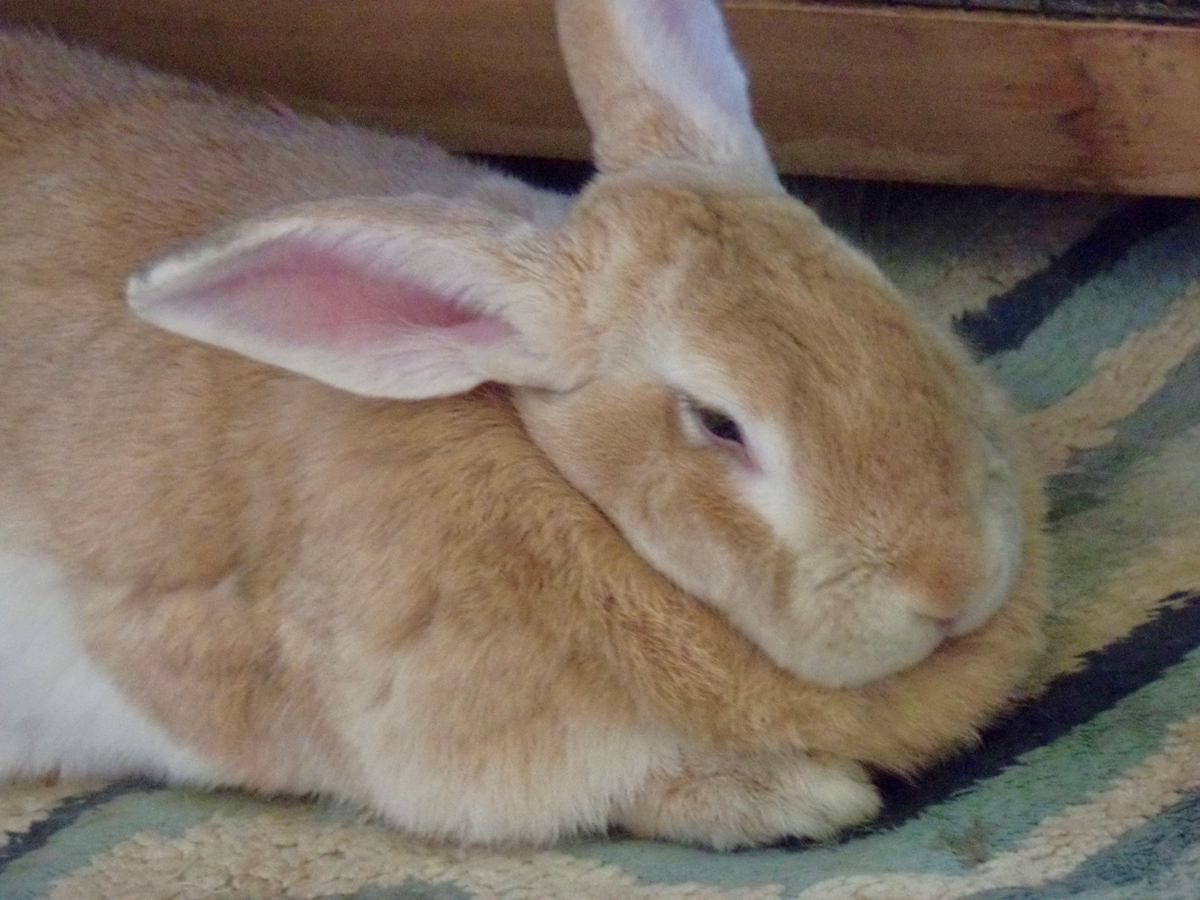 Now she's engaged again, for a moment. You can detect how she's ready to let her head droop back to sleep, though. 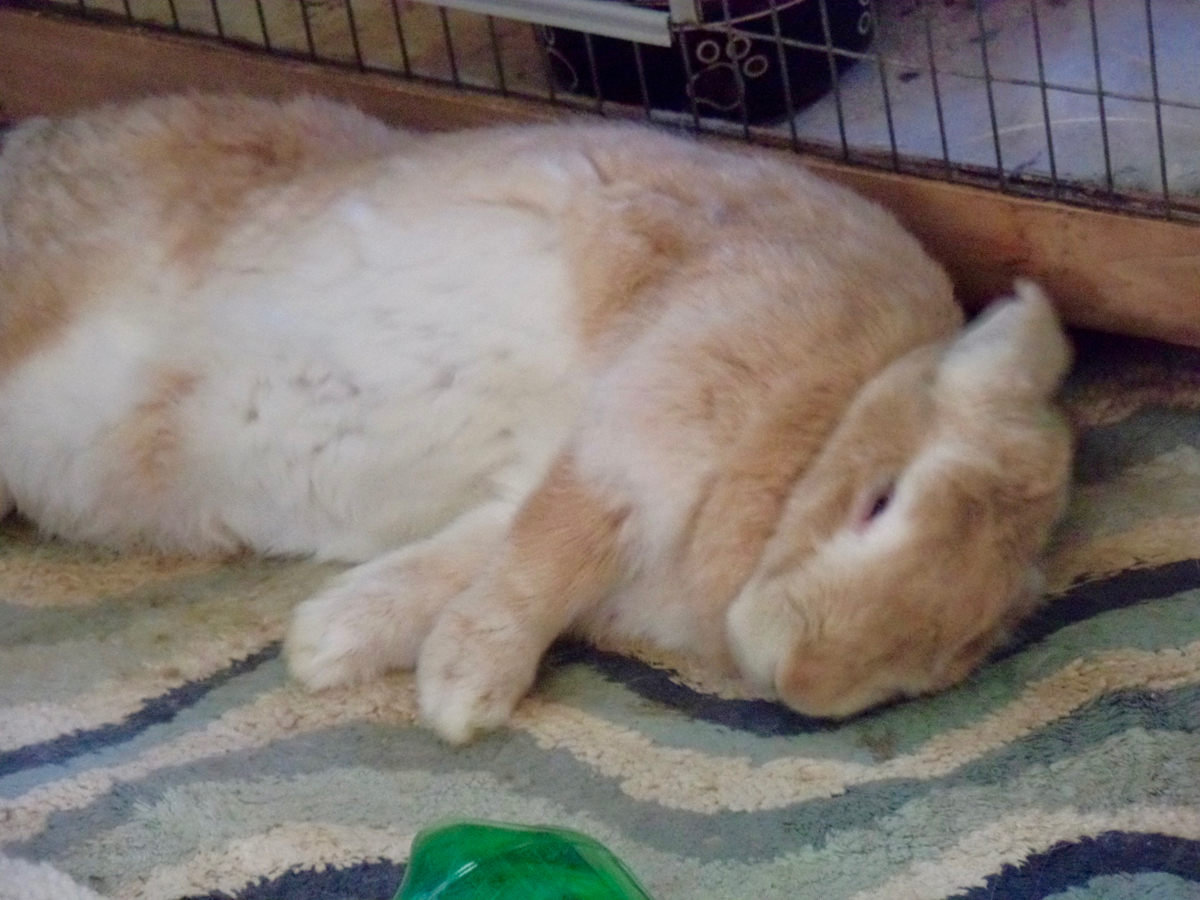 Getting back on her side to power down. 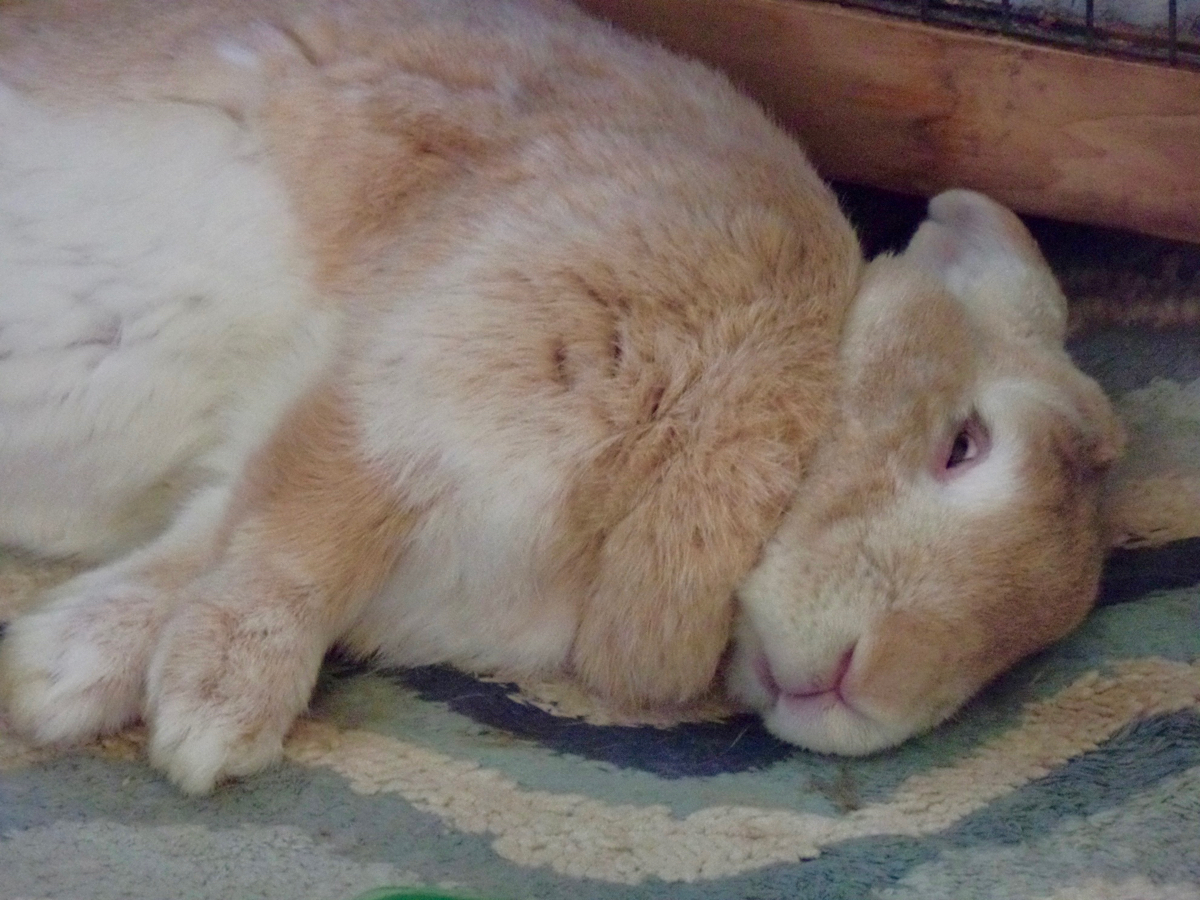 Trivia: The word ``coward'' appears in English from the Old French ``coart'' or ``cuart'', meaning tail. It is unclear whether the term originally alluded to the tail of an animal that's turned and flees, or to the tail of an army in retreat. (Coart is a cowardly hare in the epic of Reynard the Fox, though.) Source: Webster's Dictionary of Word Origins, Editor Frederic C Mish.

Currently Reading: Star Comics: All-Star Collection, Editor Sid Jacobson. Reprint of a bunch of Marvel's kiddie comics line of the 80s, and a collection I bought years ago and completely forgot existed so I'm glad to be finally reading it.