It came early. According to the International Flipper Pinball Association,

bunny_hugger stands today as the 998th-highest-ranked player in competitive pinball.

I've risen to 735th, but I'm going to take some massive losses next month when my 2018 Baby Food Festival finish expires, and then some further losses when Pinburgh 2018 expires.

bunny_hugger will have a small loss the end of the month, when a top-four finish at Fremont in 2018 expires, but it won't hurt her as much as she's got more recent scores with nearly as many points that will hold her ranking up.

Sanctioned pinball events are to start with August.

You know what? Let's look at that raccoon that visited

bunny_hugger's parents' place when we were there a week-plus ago. Raccoons are always great photo subjects. 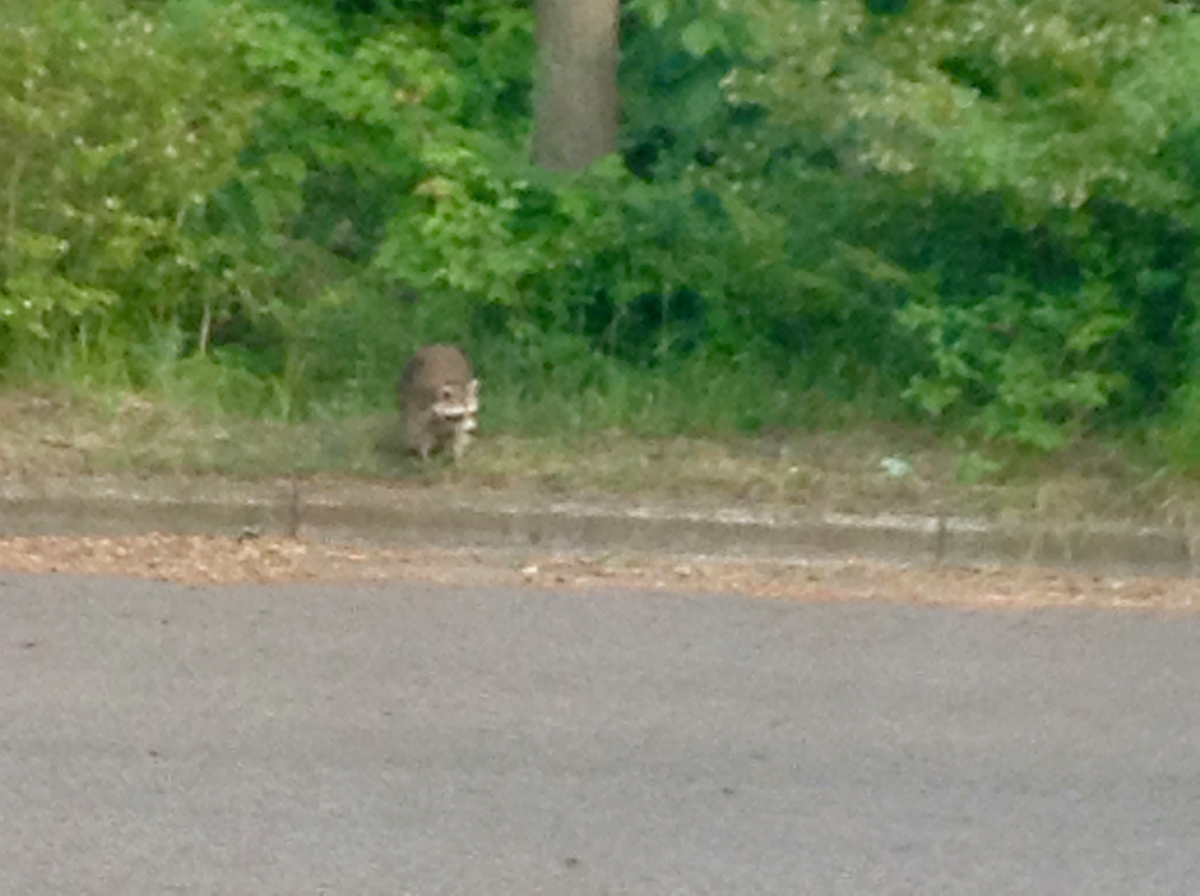 The first raccoon, coming up to the curb and judging traffic. 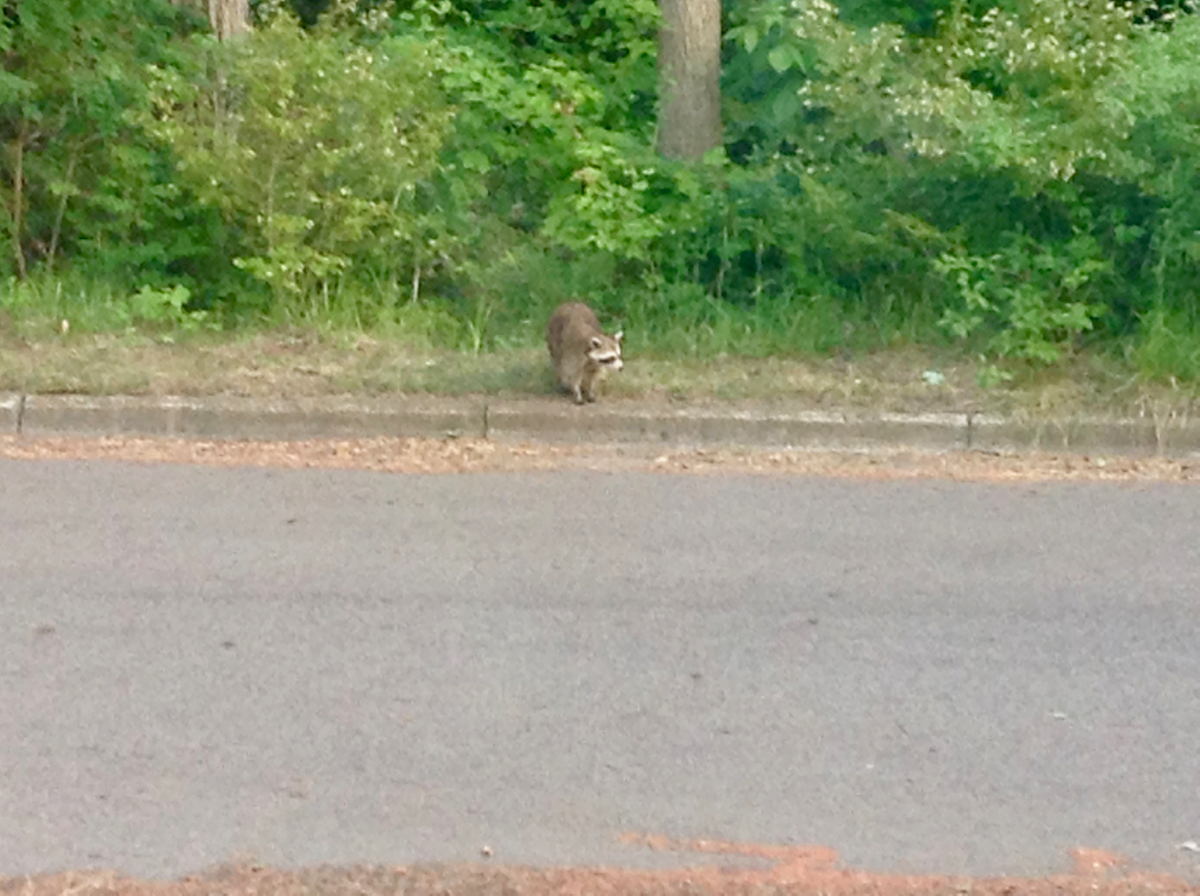 Taking a good look to the left, the right, the left ... quite responsible. 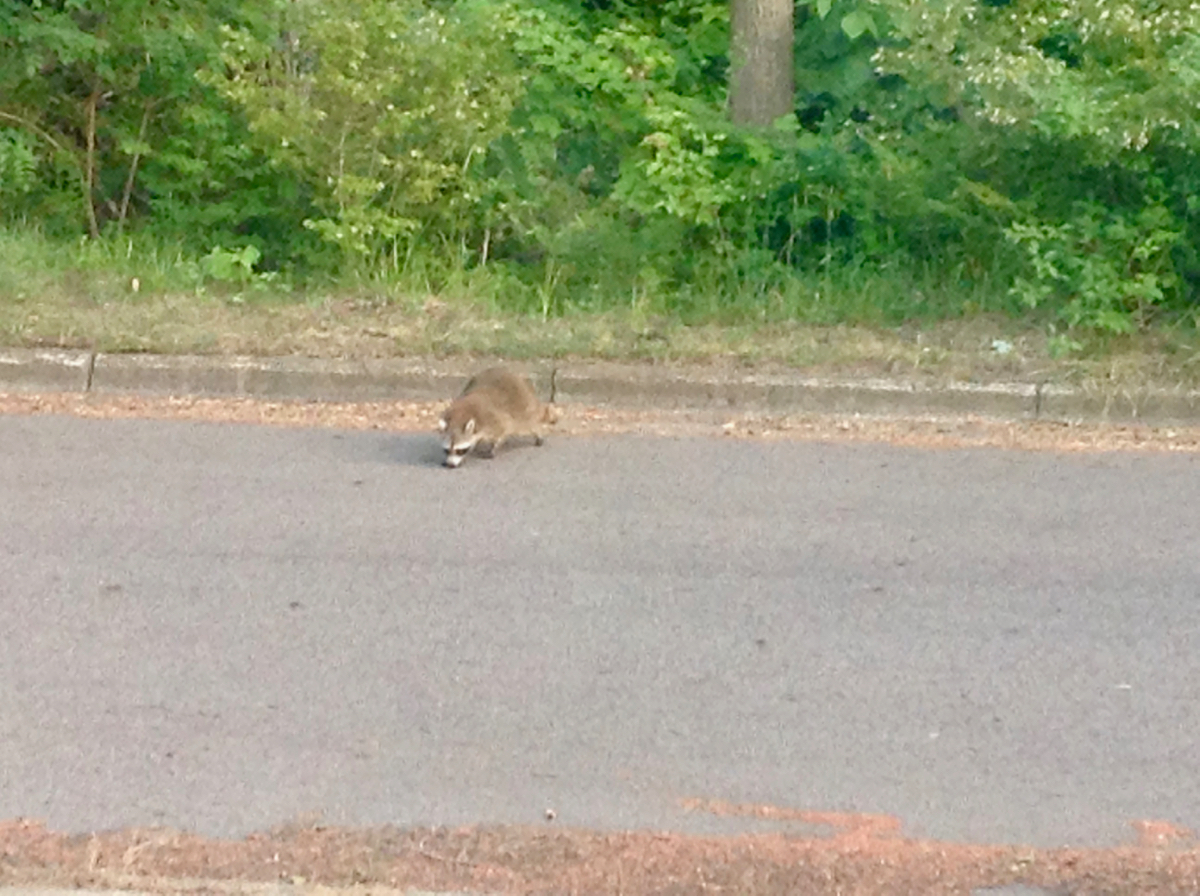 And then ambling across the road while keeping a good nose on things. 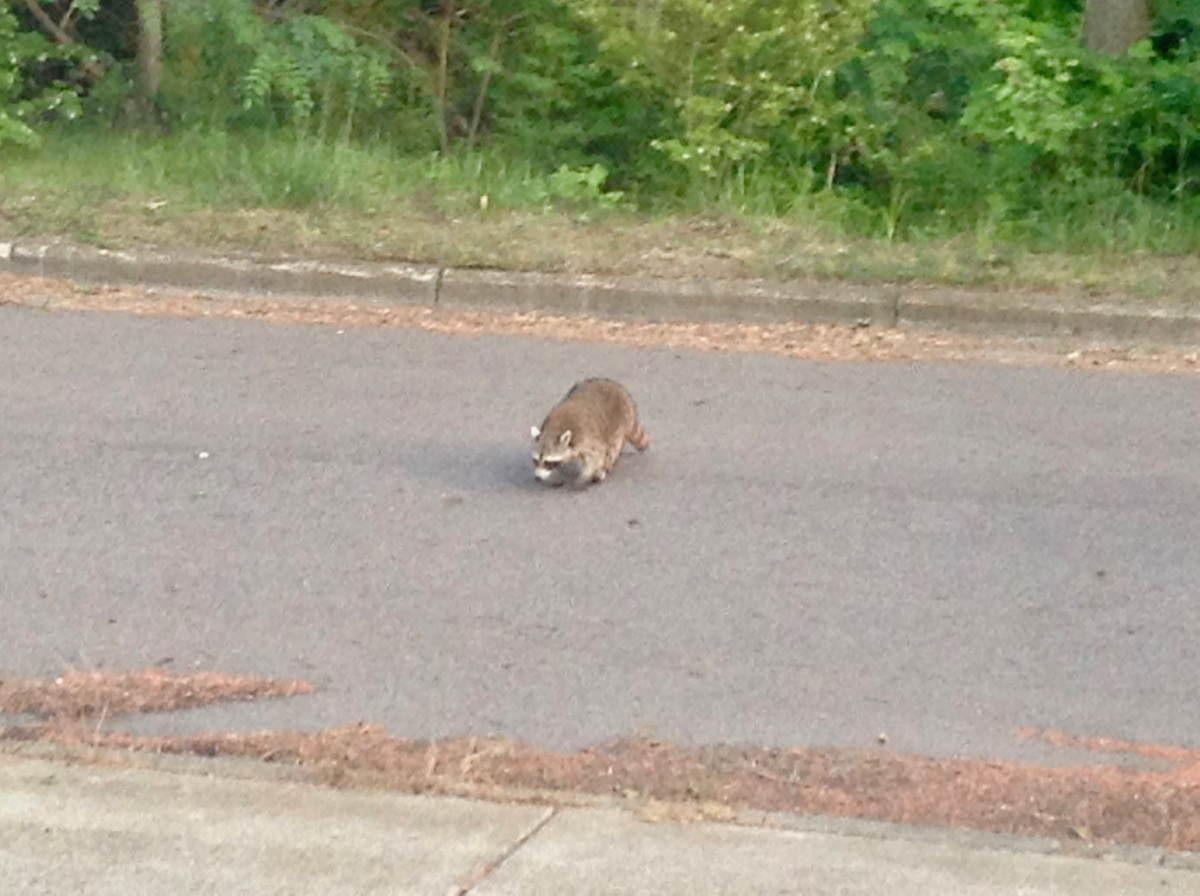 The raccoon made pretty good time. I didn't have a chance to switch to taking a movie. 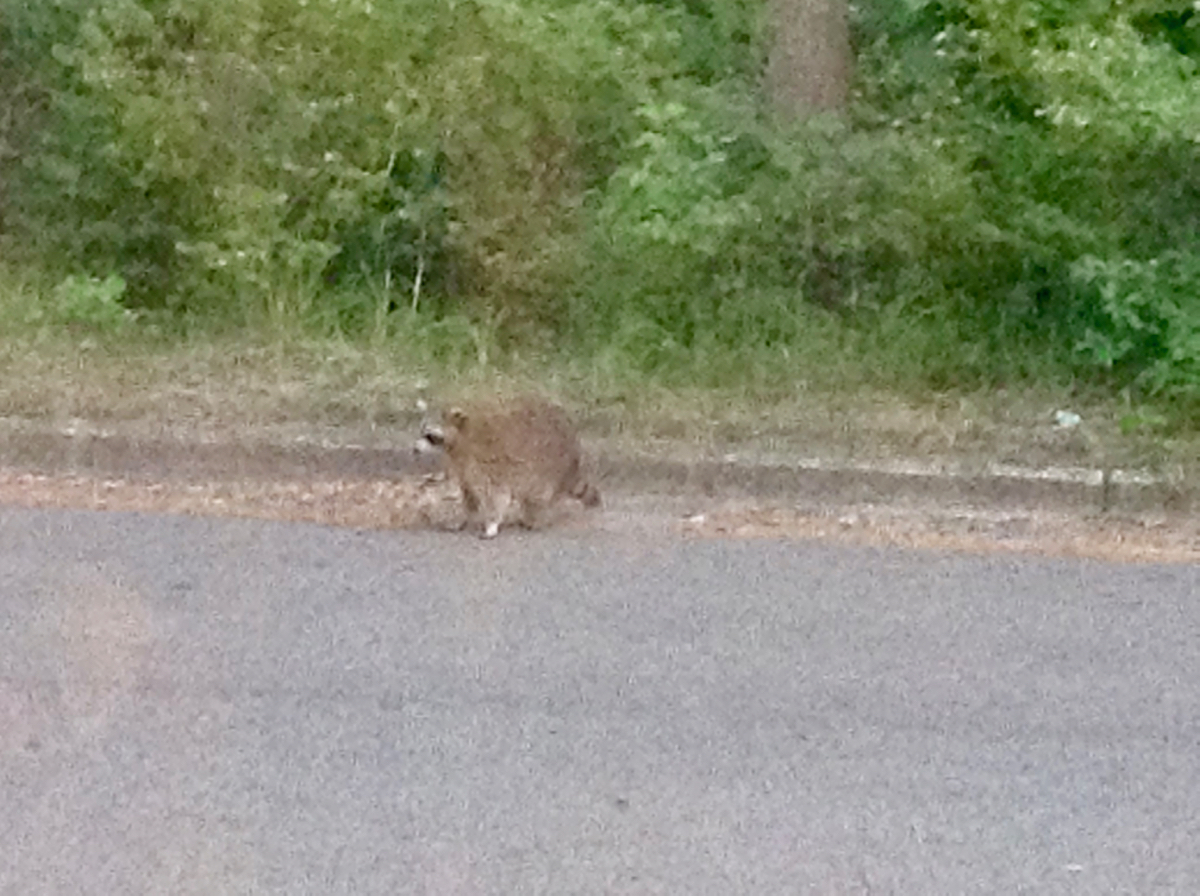 And then the other raccoon came in! And came to about the same spot in the road before crossing, too. 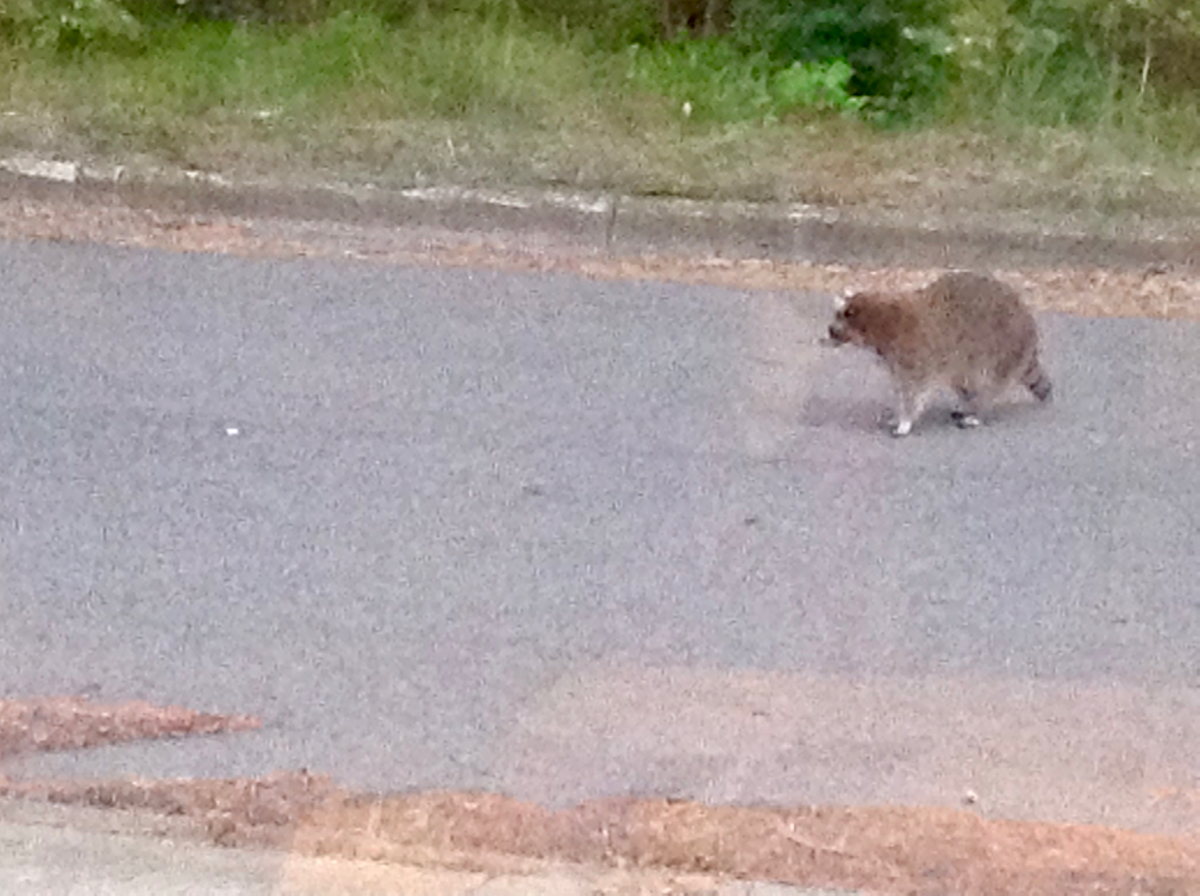 This one took a less hurried pace, but since there were no cars, I suppose that wasn't a problem. 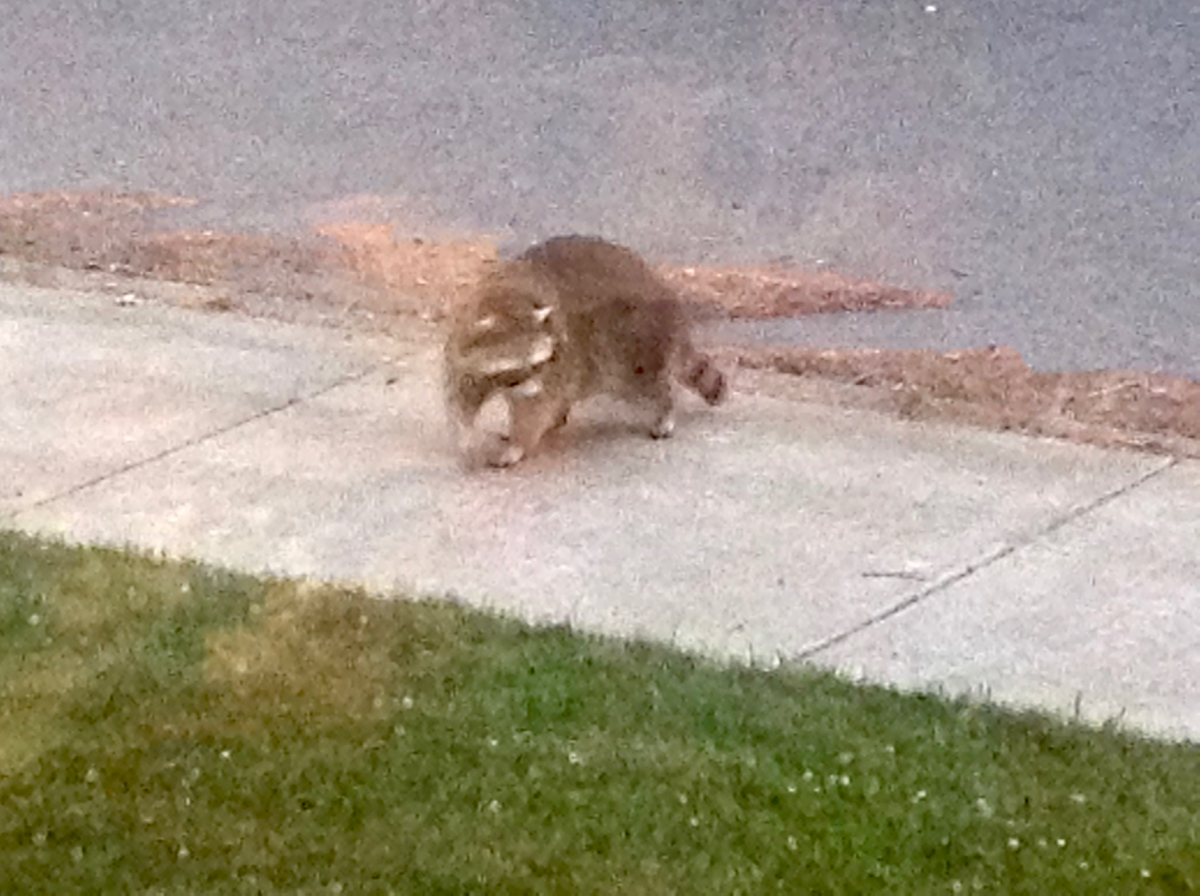 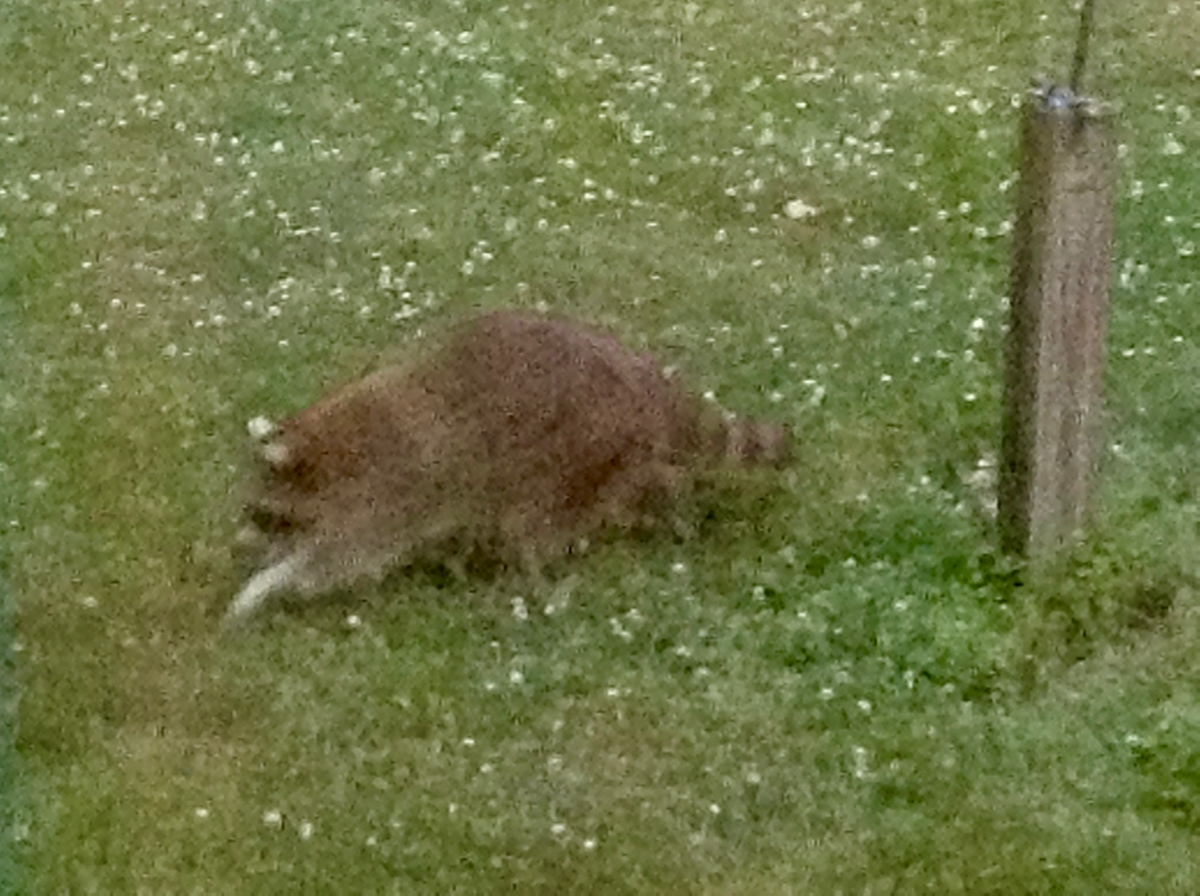 The raccoon trotted right past the bird feeder, following the trail of the first raccoon to the cat food dishes out back.

Trivia: Reuters broke the news of the construction of the Berlin Wall, thanks to East Berlin correspondent Adam Kellett-Long receiving an anonymous tip (in German), ``I strongly advise you not to go to bed tonight'' at 1 am, the 13th of August, 1961. Source: The Power of News: The History of Reuters, Donald Read.