Everything on my humor blog this past week got four 'likes'. That's somewhat pleasant, right? Why don't you join in and see how likable all this is?

You know what I do a lot of these days, more than I would have thought two years ago that I'd do? Walk around Lansing. Here's stuff from this weekend and walking downtown. 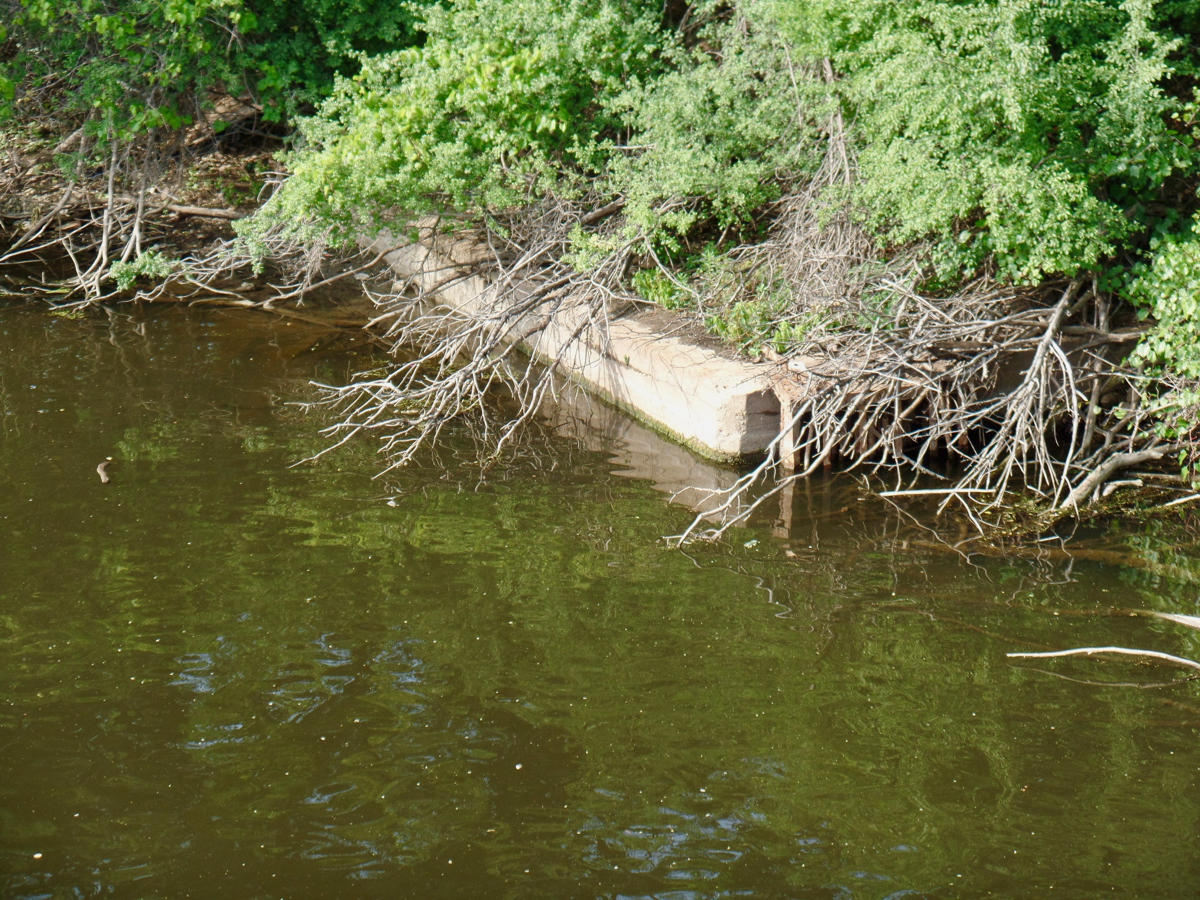 Nearly-reclaimed concrete platform of some purpose, on the Grand River where Kalamazoo Street crosses. The area's now a park and part of the Board of Water and Light's Dye Conditioning Plant (it's named for John F Dye), but it would not surprise me if, like, a century ago it was a cargo dock for some probably-automobile-related business. 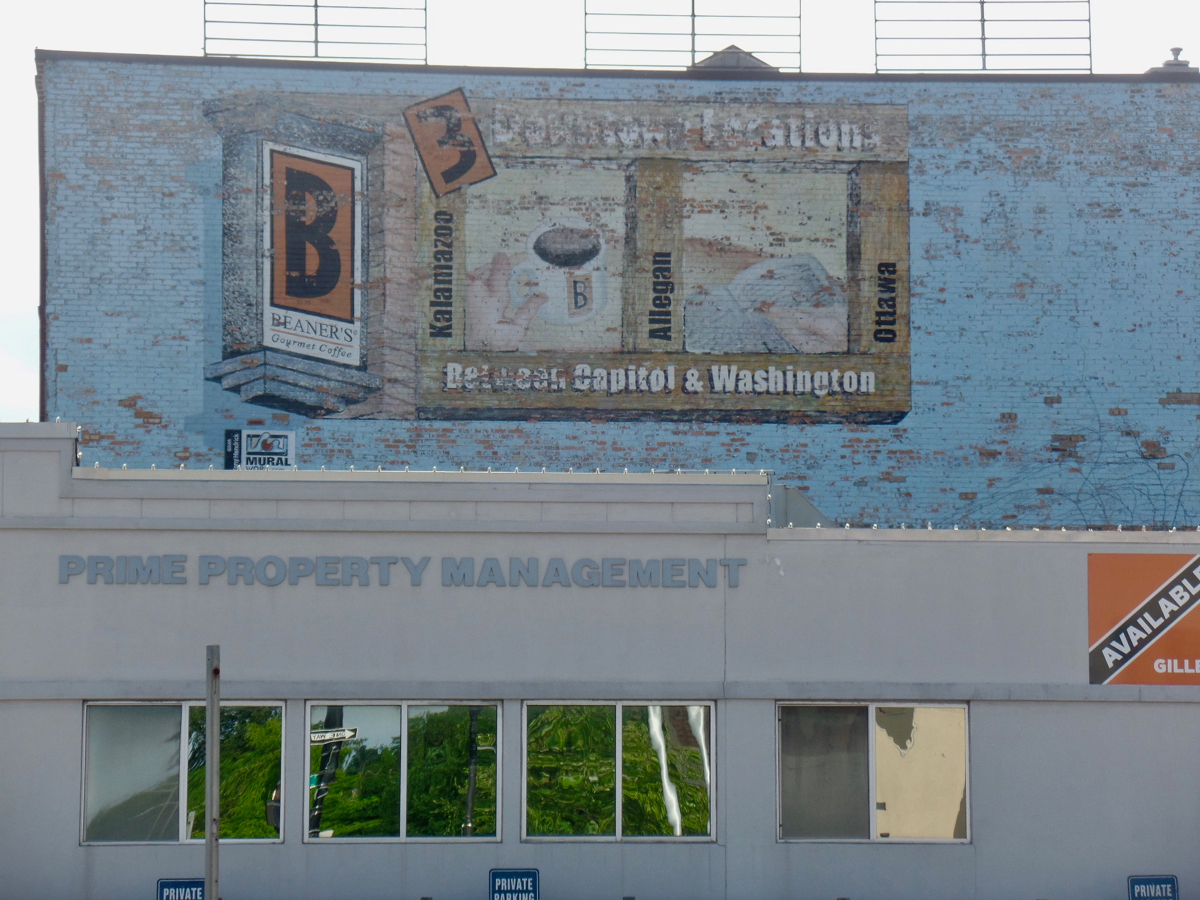 Slightly dated commercial mural at the intersection of Kalamazoo and Grand Avenue, which runs parallel to the Grand River and has nothing to do with Grand River Avenue, to which it is perpendicular. It reflects the old name of omnipresent local coffee chain Biggby and I don't know why they didn't repaint it (or why they painted the old name). (They changed away from Beaner's on learning there's parts of the country where that's a slur.) 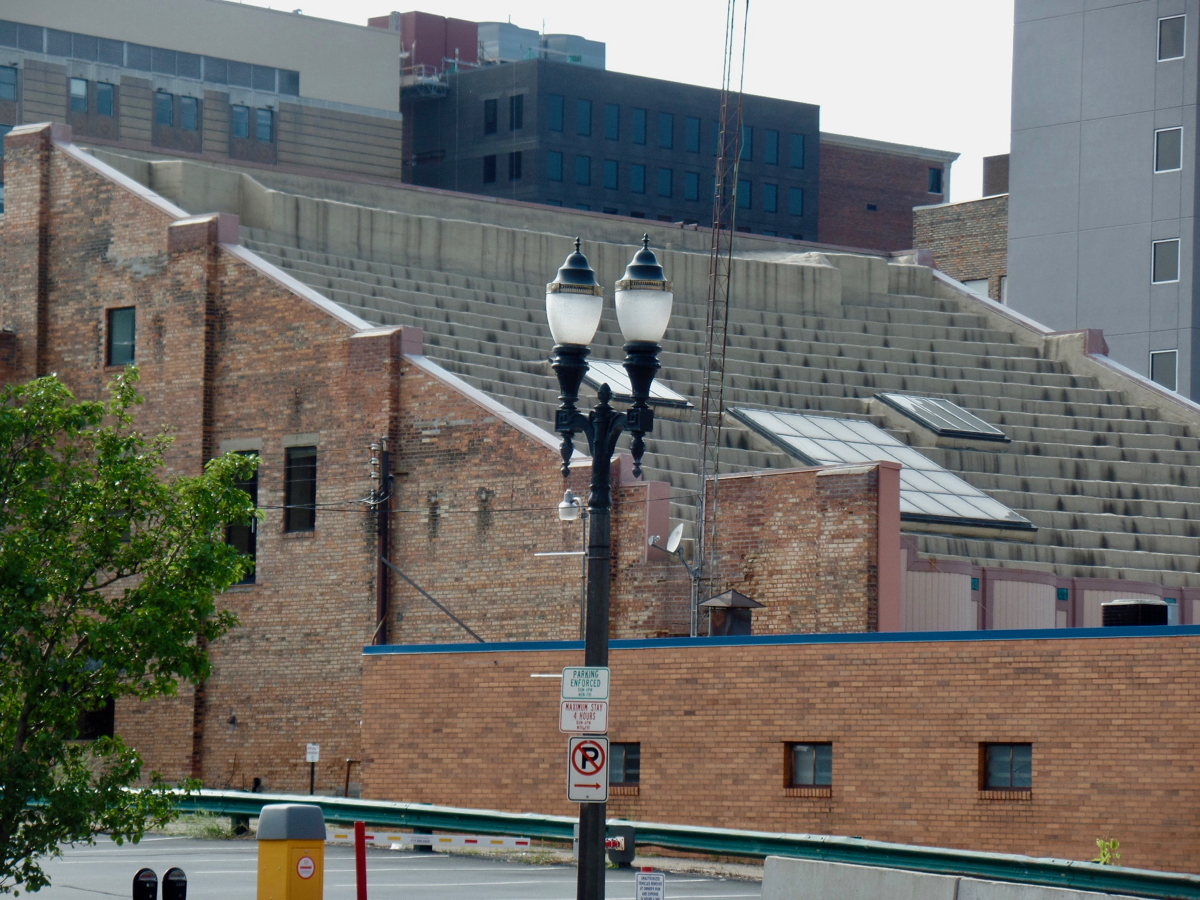 Hey, what's a slice of a sports stadium doing in downtown Lansing? 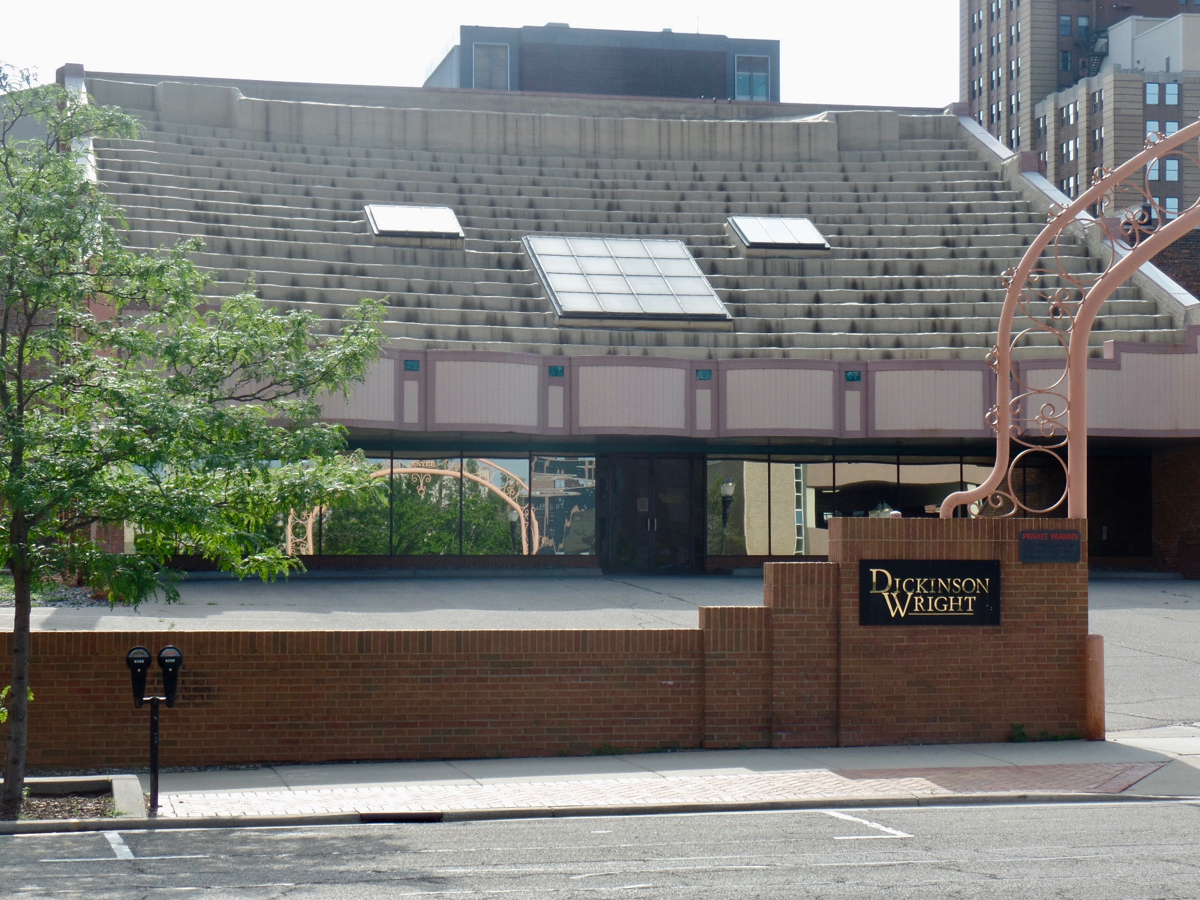 The Atrium Office Center used to be Lansing's downtown sidewalk movie palace-style theater, The Strand (later the Michigan) but that closed in 1980. The front still stands, and as you can see there's still the floor seating, just standing there in the uncovered wild. 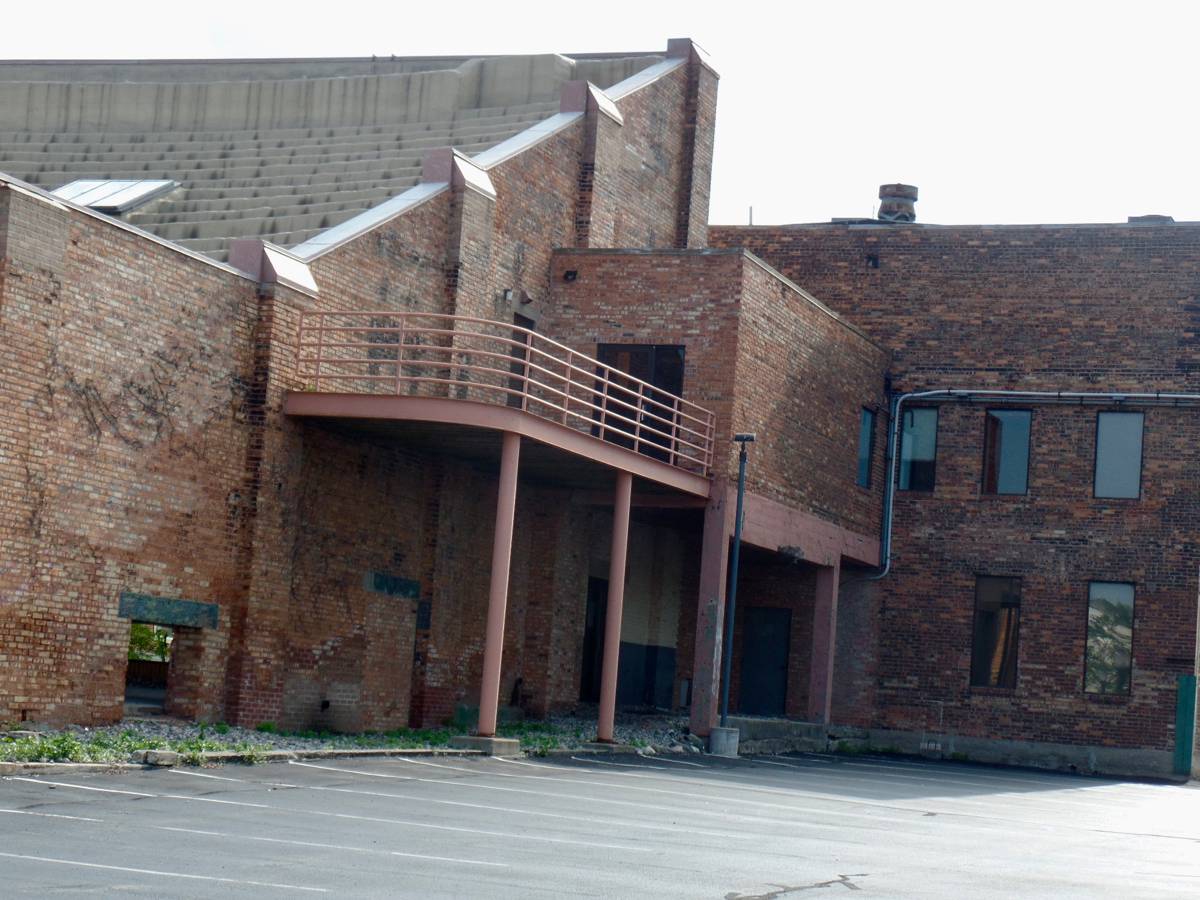 Side view of the former Strand/Michigan, with what I suppose had to be the entrance to the main floor.

Trivia: James A Garfield, future President of the United States, was president of Hiram College in Ohio until the Civil War broke out; he resigned to lead a brigade for the Union Army. Source: Empires of Light: Edison, Tesla, Westinghouse, and the Race to Electrify the World, Jill Jonnes.