On my humor blog we come to the end of another MiSTing. I don't know what I'll do for the long-form Thursday pieces next although I will say bringing out old MiSTings offers a lot of benefits in my not having to write new stuff. And bringing back writing that I did do, and mostly like still, that's disappeared ever since Google destroyed the archives of Usenet. If you'd like to see something you dimly remember leave me a comment; maybe I can find it. Meanwhile here's what all has run in the past week:

Will I get caught up on Cedar Point pictures to where I was in the main text? ... I get closer than you would think, actually. 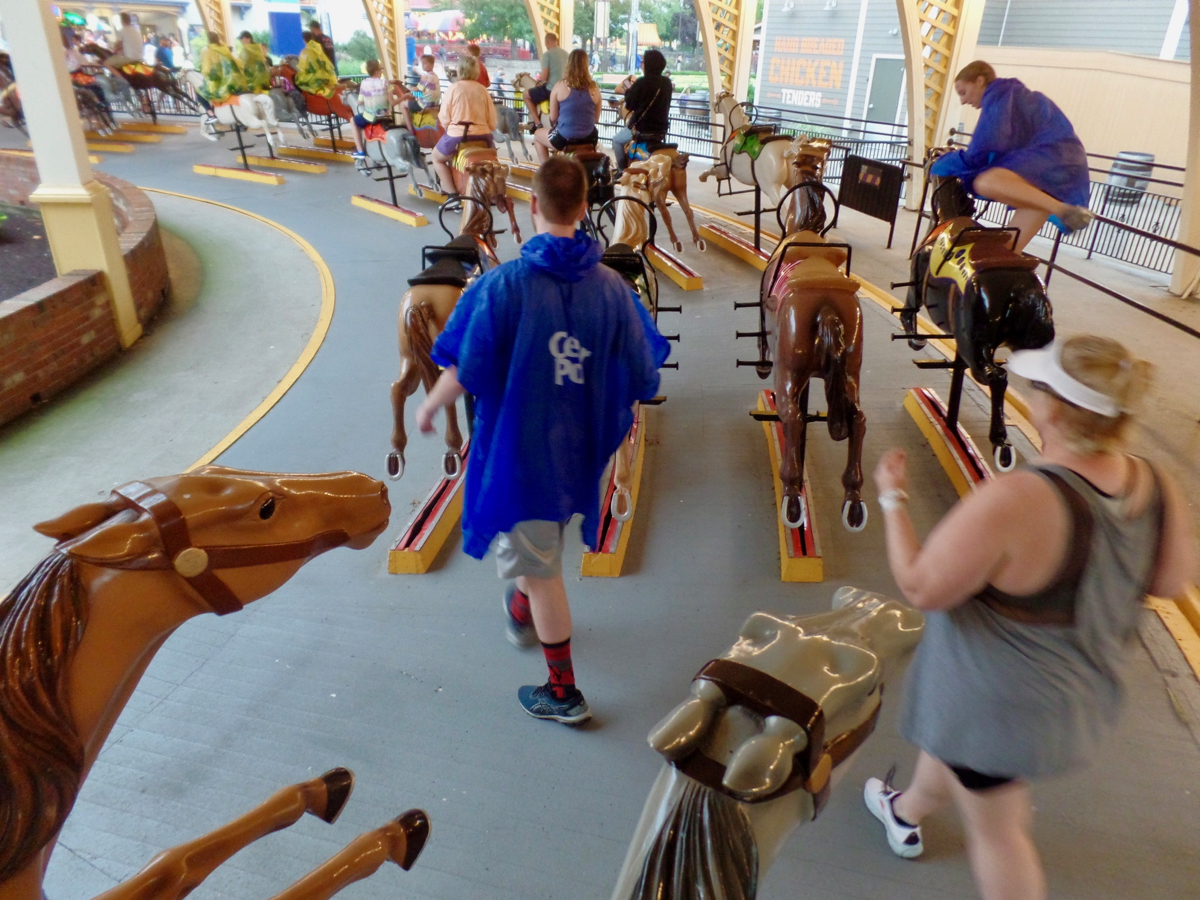 People getting on Cedar Downs. We had rain gear ourselves, but left it in the car because when we got to the park it wasn't looking ready to rain. We keep making this dumb decision every single time we go to a park. 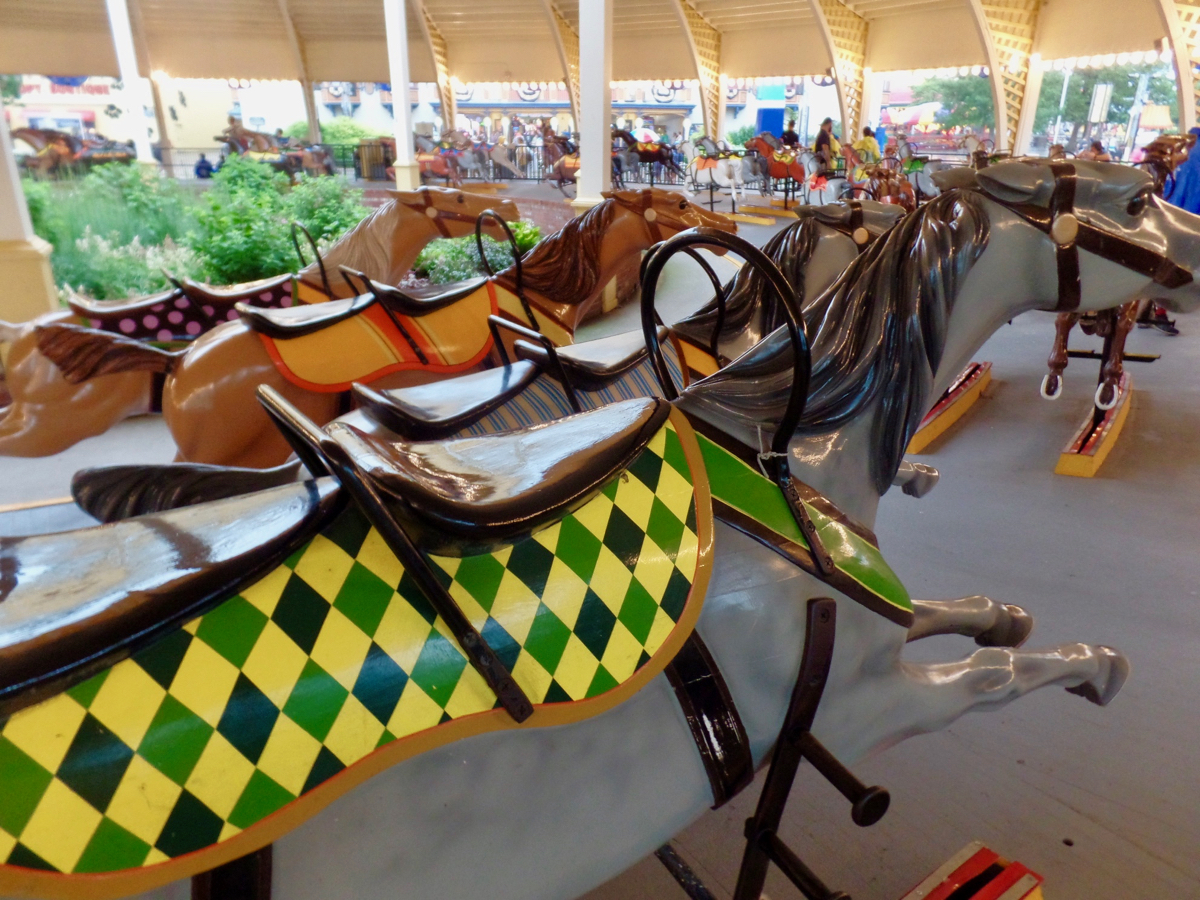 A column of racing horses! Looking good for the hard year of 2020. 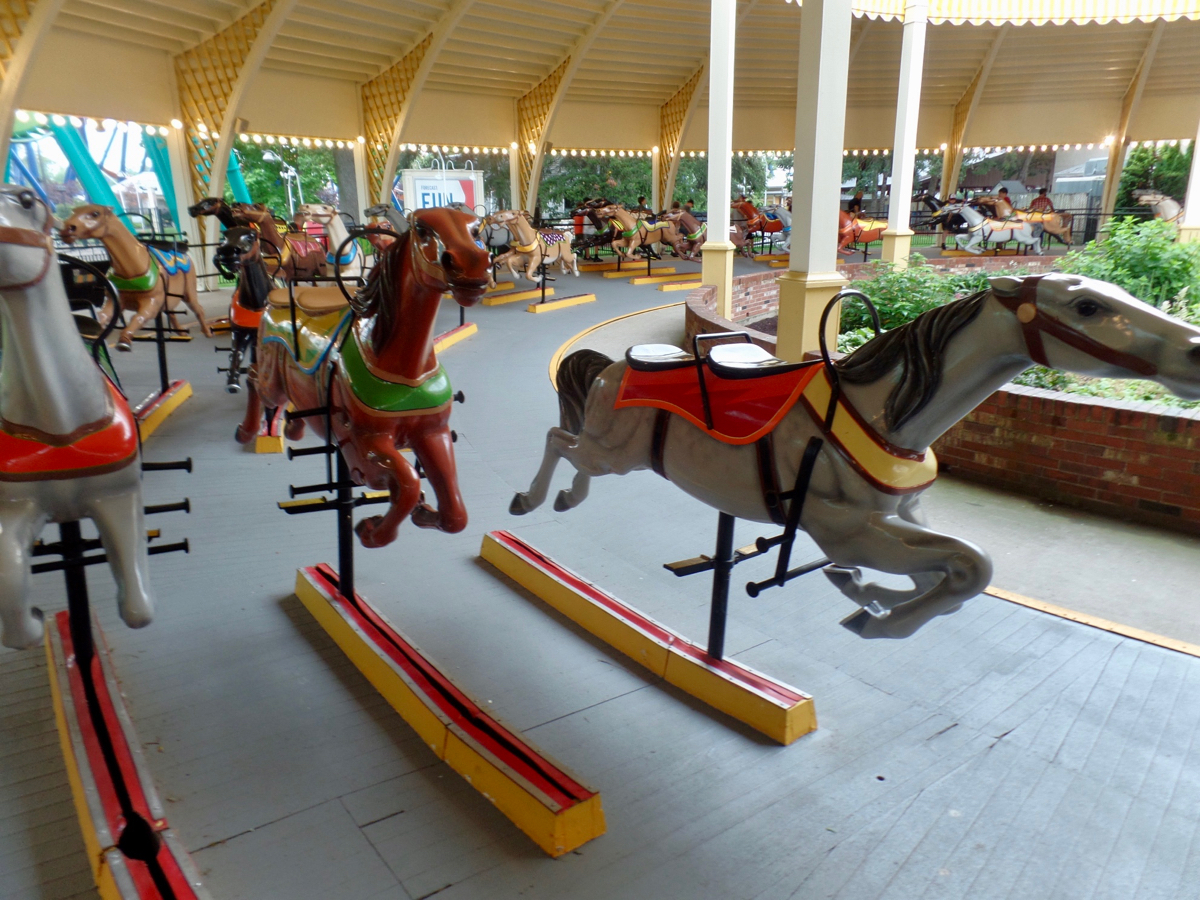 The horses can move forward and back in those slots. There's only two other carousels in the world that do this. 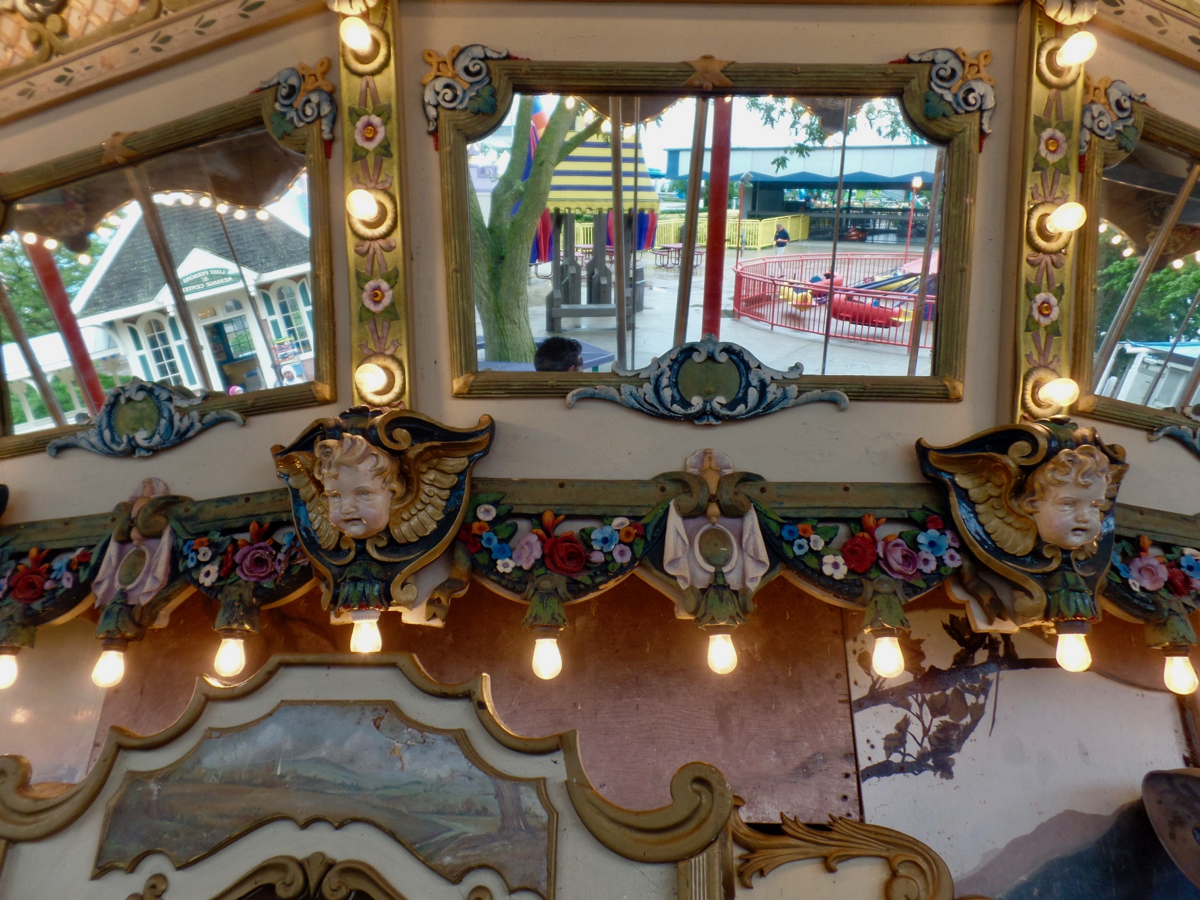 Kiddie Kingdom, seen in the reflection of the carousel. 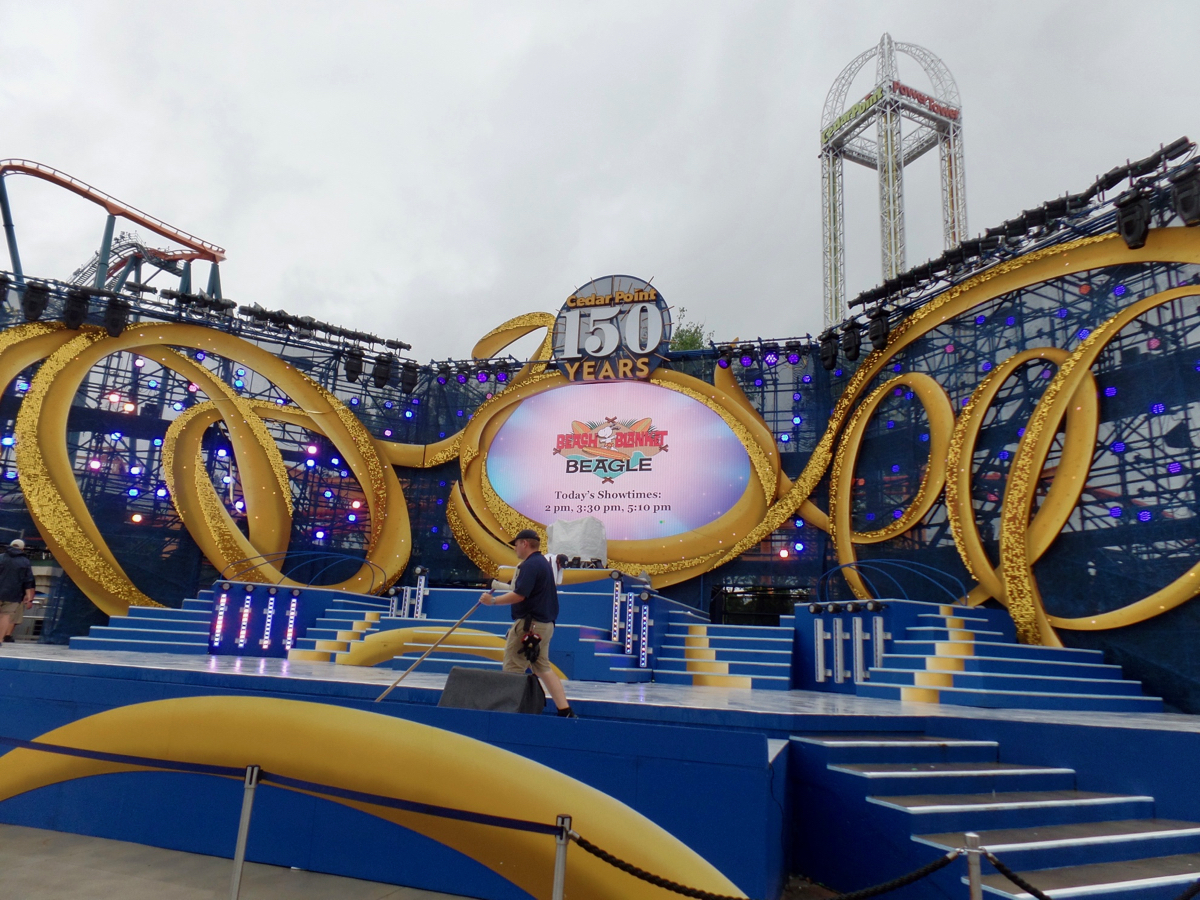 Worker squeegeeing the performance stage to something a little bit less soaked in the hope that they might put on a show, perhaps. (If they did we missed it.) 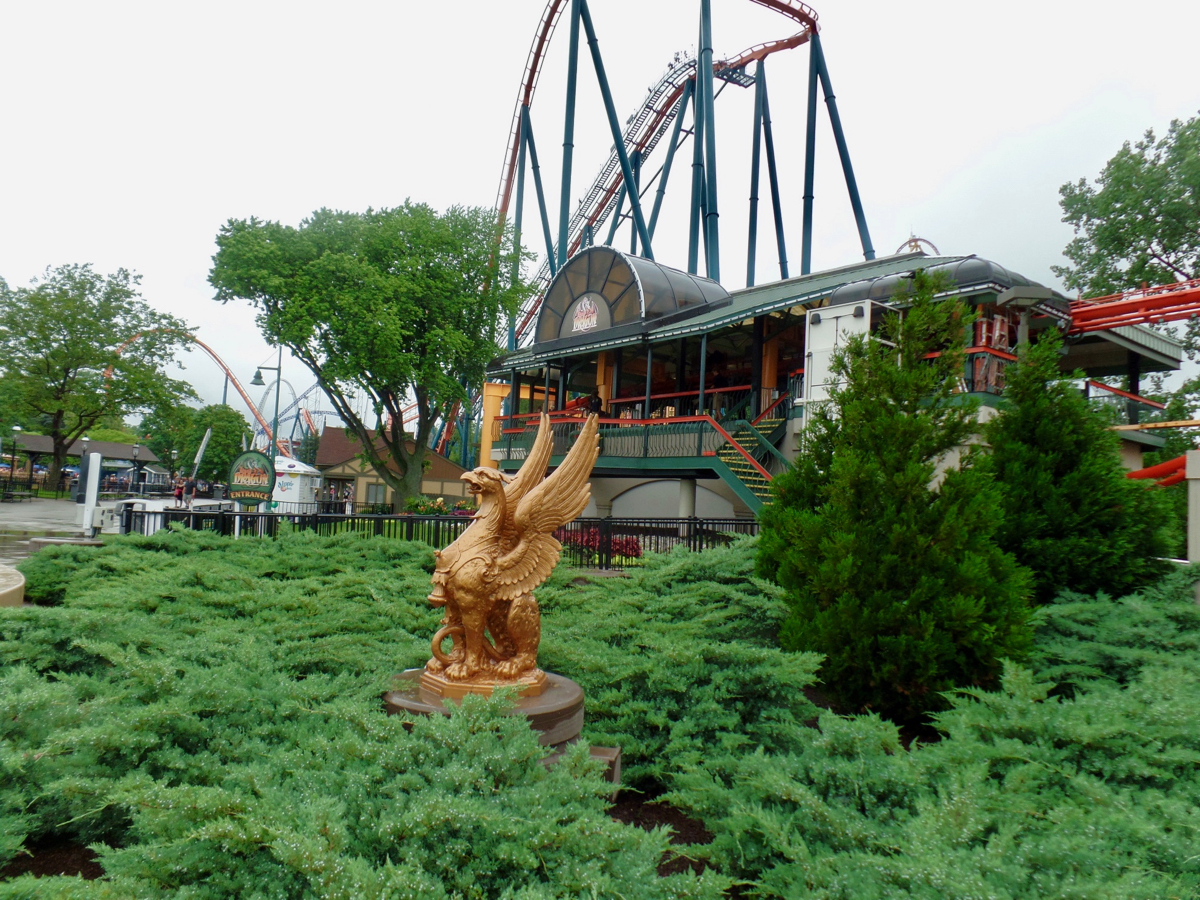 And there's the gryphon, out in front of Iron Dragon, in a theming that quite makes sense! Really! 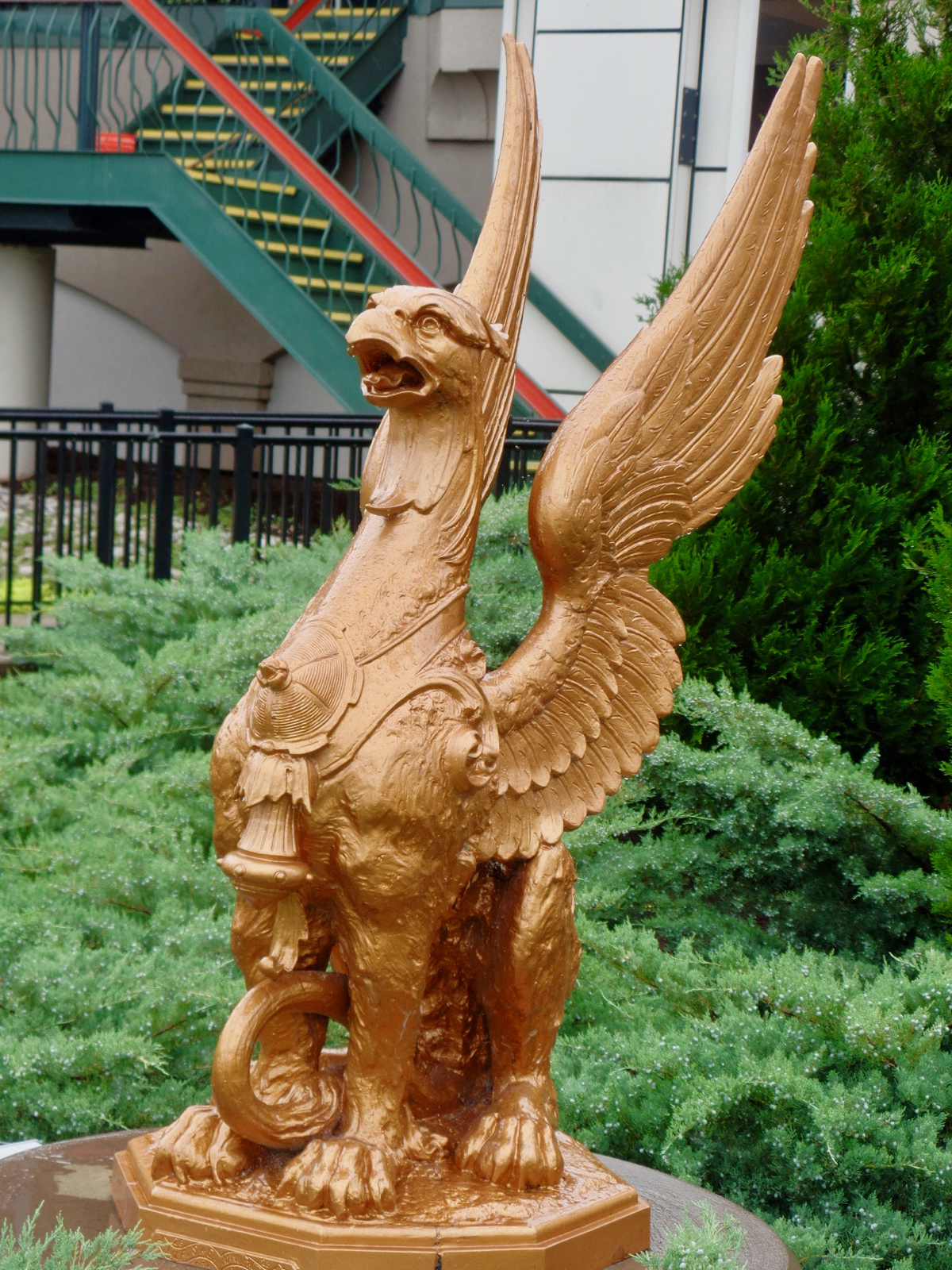 Previously the gryphon had been closer to the exit queue but this is a good spot anyway. 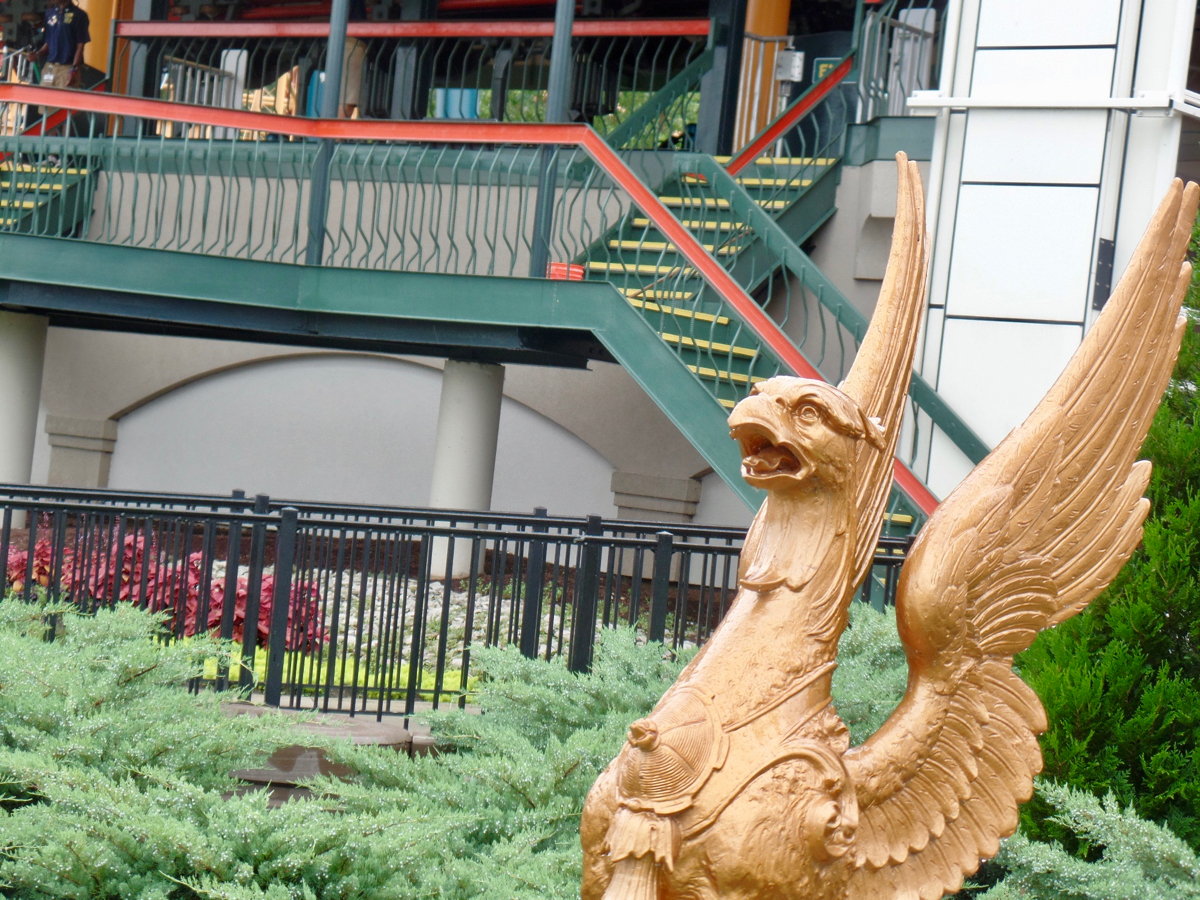 bunny_hugger observed she was never going to get a photo of the gryphon wearing her cap again. 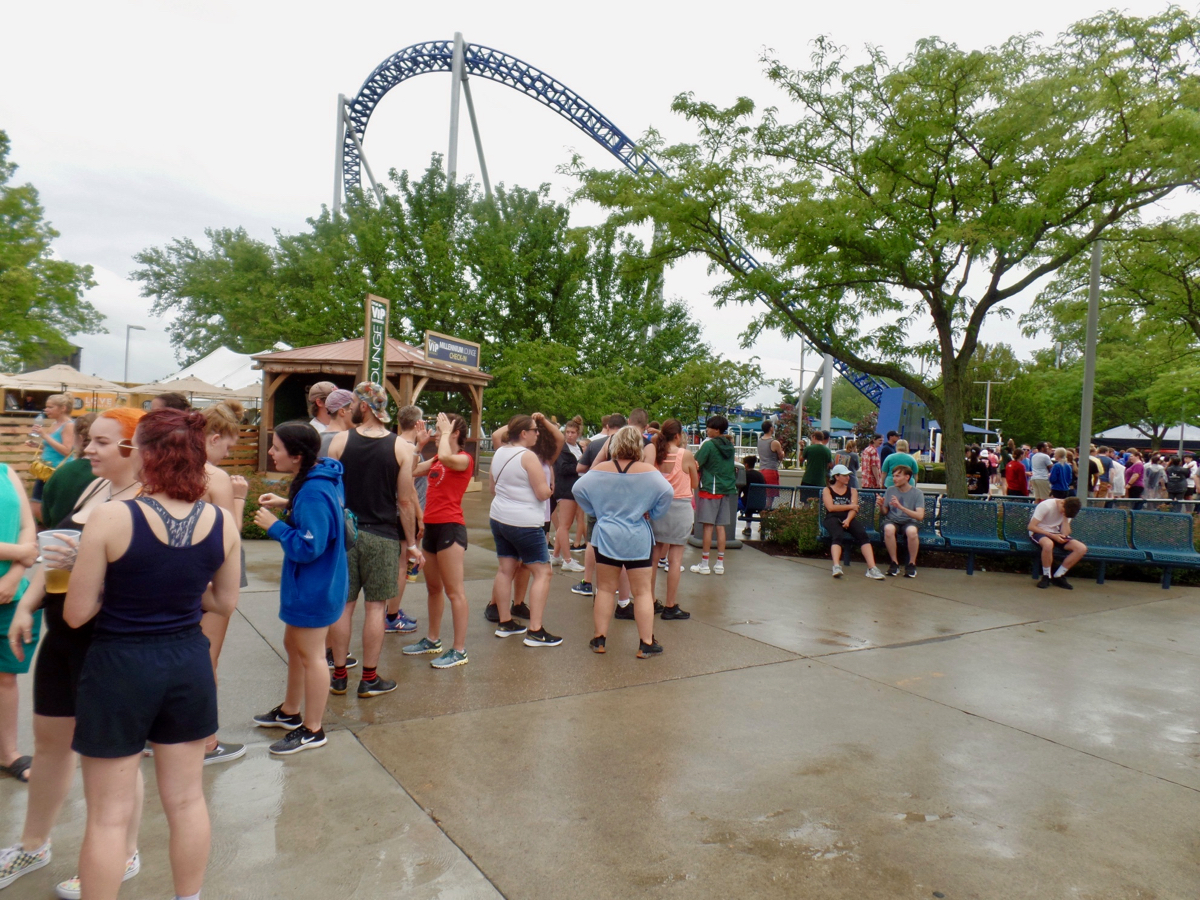 A queue of people waiting in hopes that the queue for Millennium Force (in the background there) will soon open. 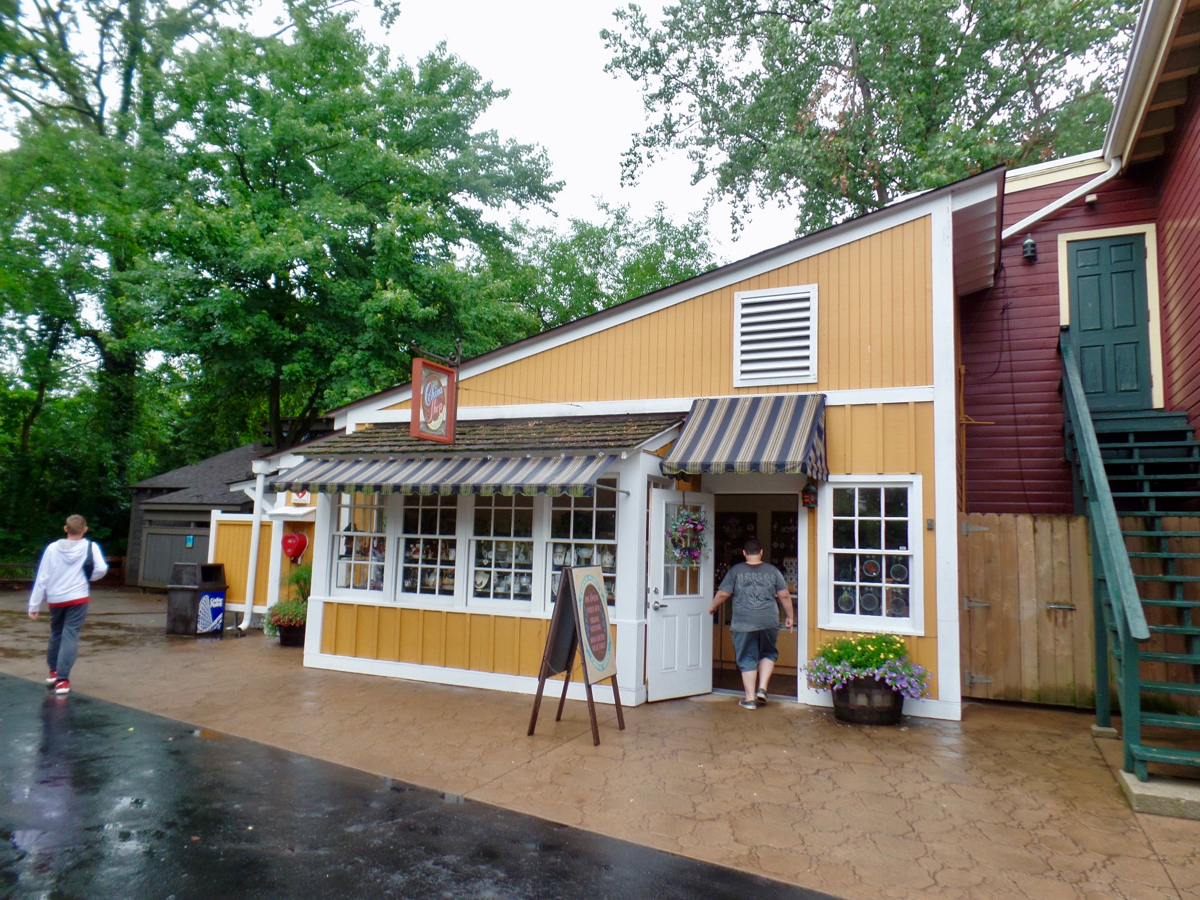 The China Shop! Open and selling things, although it happens we didn't buy anything. They had more Cedar Point merchandise than I remember. 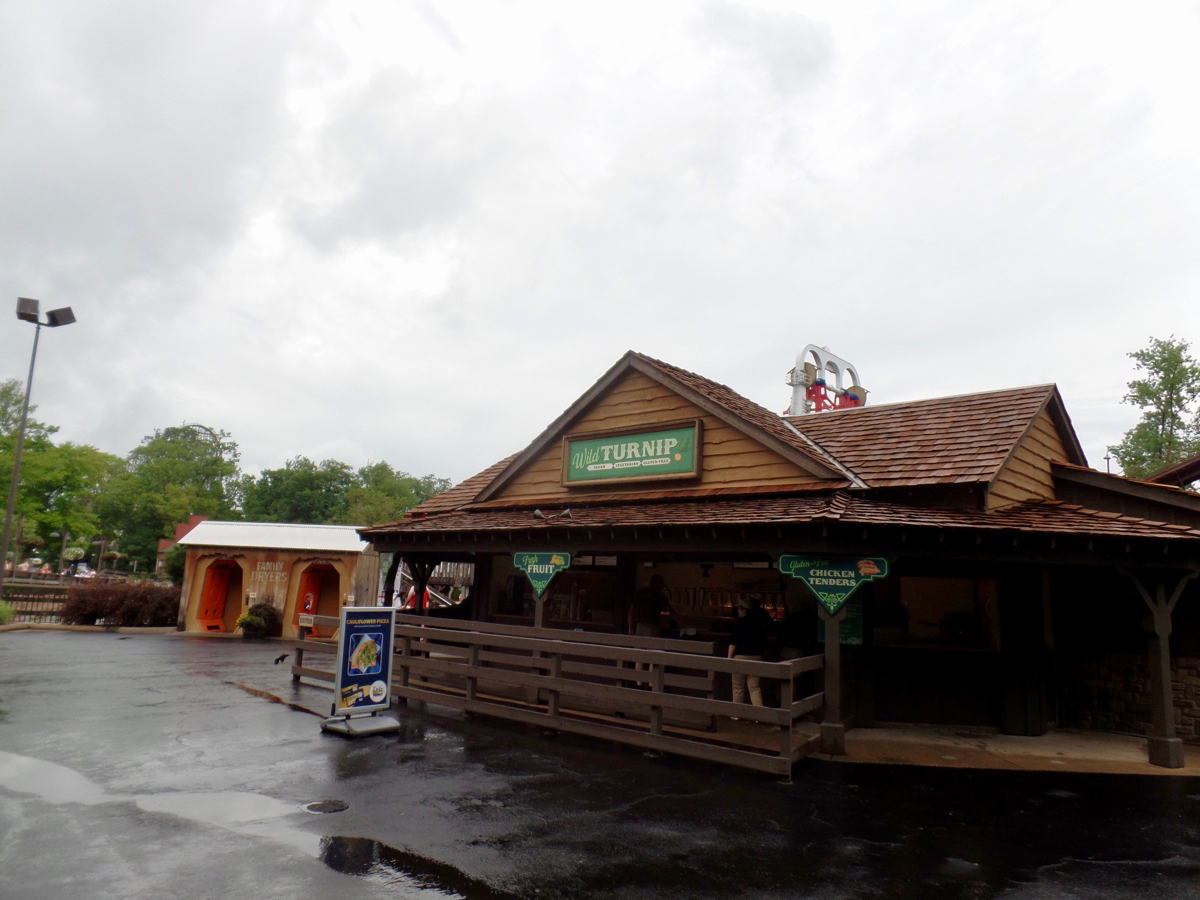 The Wild Turnip, a newly-renovated food stand on the Frontier Trail. They serve vegan, vegetarian, and gluten-free food, which all makes a great step forward in the park for having something not-meat-based to eat. We didn't get a meal there but we're planning to certainly. 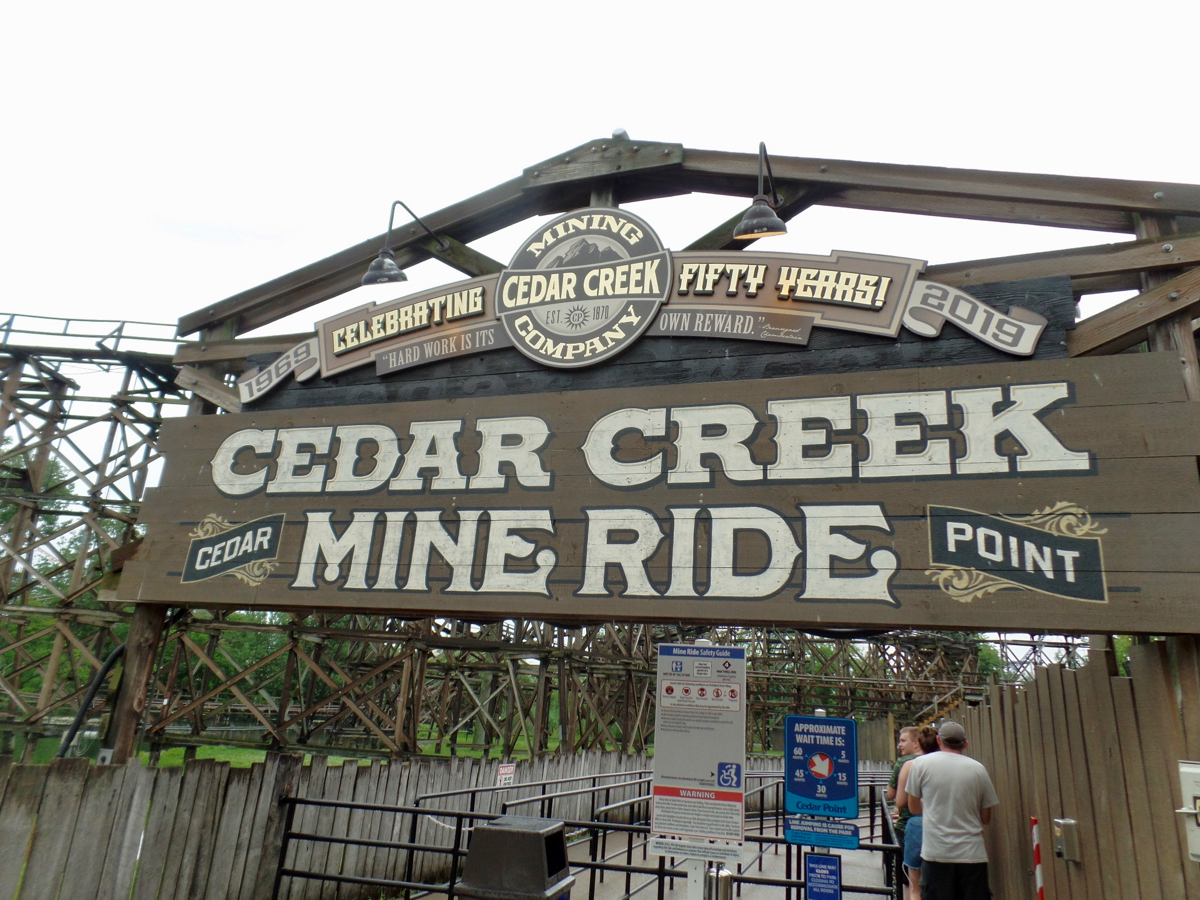 And there's the Mine Ride with, oh, I guess it was closer to a 20 minute wait on the queue sign.

Trivia: On his last day in office, the 3rd of March, 1817, President James Madison vetoed a public works bill to construct roads and canals, on the grounds that the Constitution did not authorize such an expenditure, but it might if amended. Source: Union 1812: The Americans who Fought the Second War of Independence, A J Langguth.

Currently Reading: Lost Popeye, Volume 4: The Roving Champion. Tom Sims, Bela Zaboly. Editor Stephanie Noell. A heartbroken Popeye goes sailing the world to fight people and raise money for spinach-for-kids, defeats an island's champion, and then everybody on the island vanishes, which is a twist I did not see coming and promises a mystery that's ... more interesting than how they resolve the thing.