bunny_hugger got up at extremely too early, yesterday, to bring Sunshine to the vet's and have the bald patch on our pet rabbit's chin examined. The good news is it does not seem to be an infection or anything serious, and her health is not in any known jeopardy.

Now let's take in the last bits of our day at Cedar Point. Coming up soon: photographs from this month! 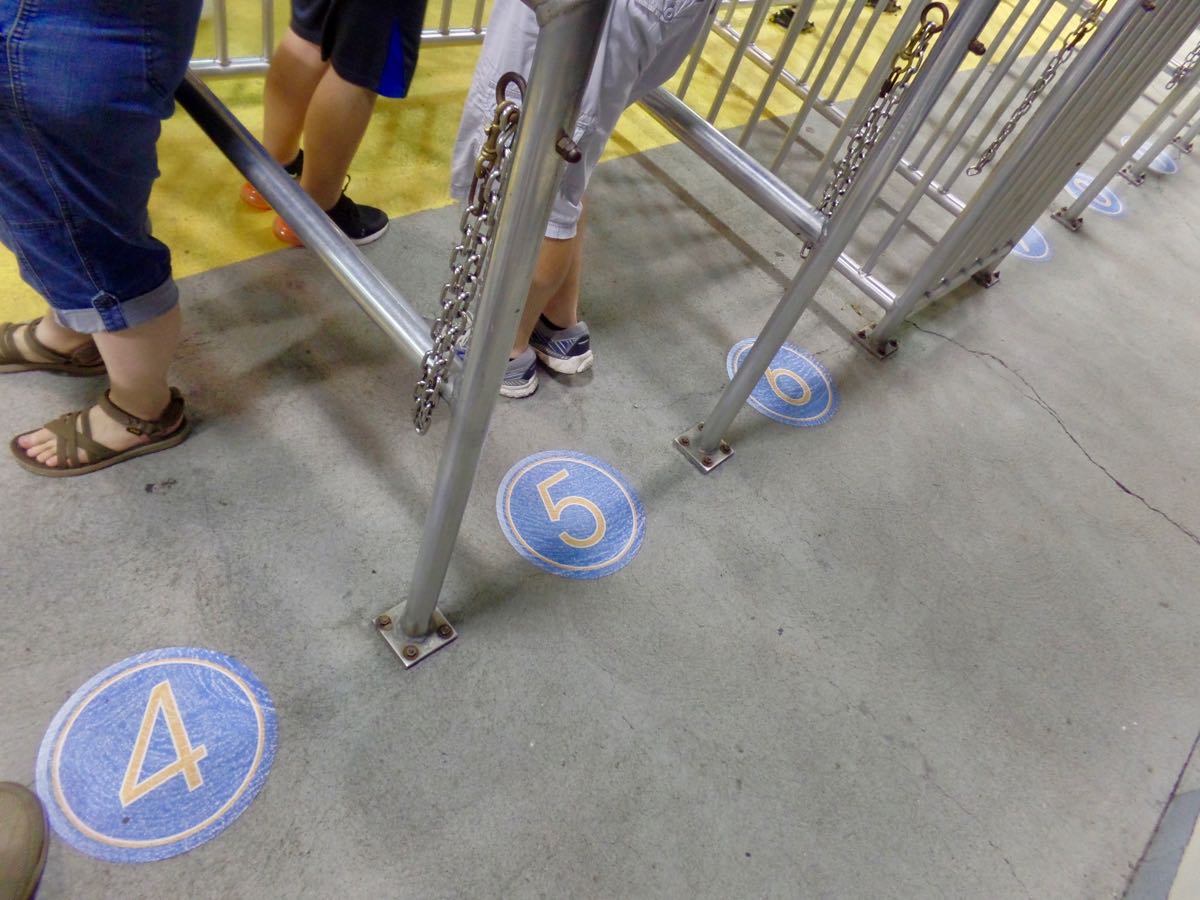 What we assume is a temporary feature of Blue Streak: assigned seating. The numbers already looked like they were wearing thin. 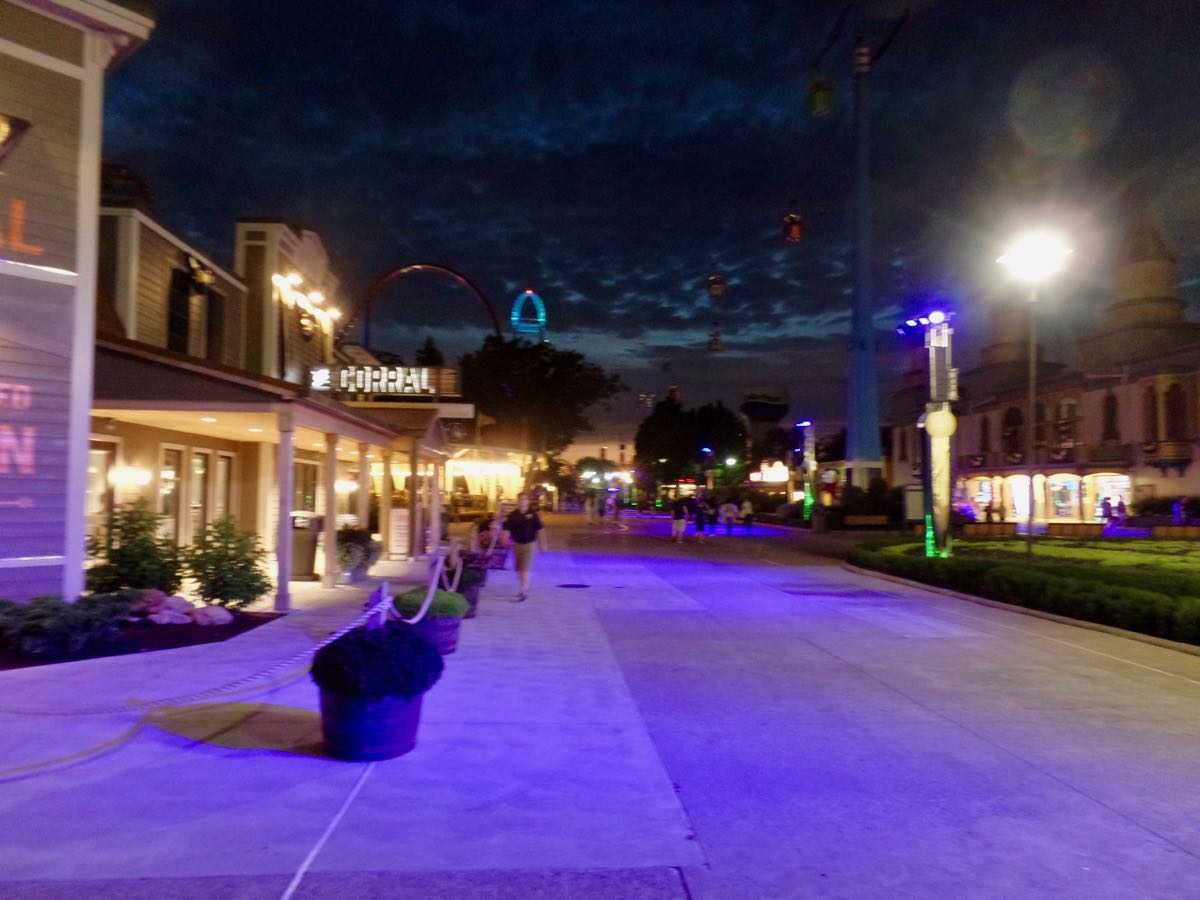 The main midway, looking into the park, just past the sun's set as we get a lot of complicated colors overlapping each other here. 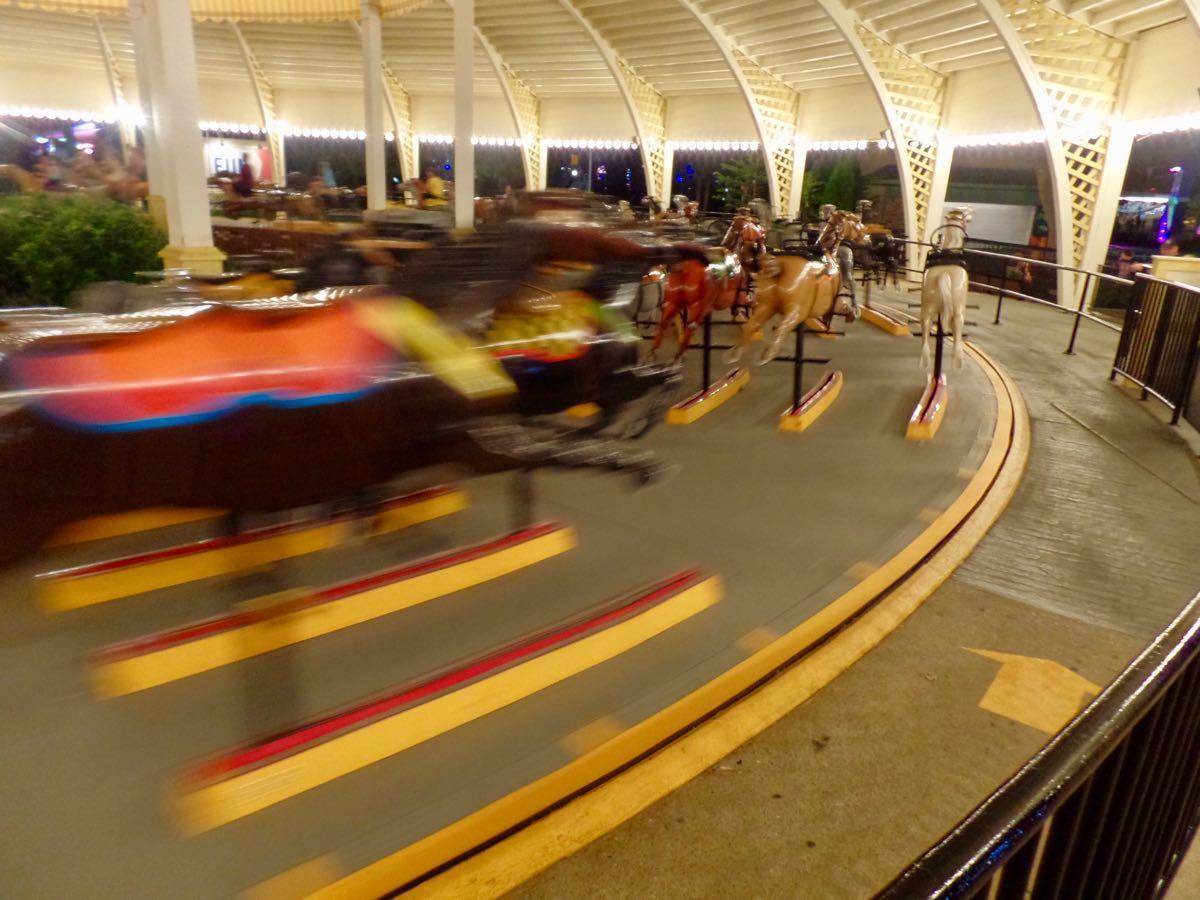 Cedar Downs racing at night, the perfect time to get great streaky photos. 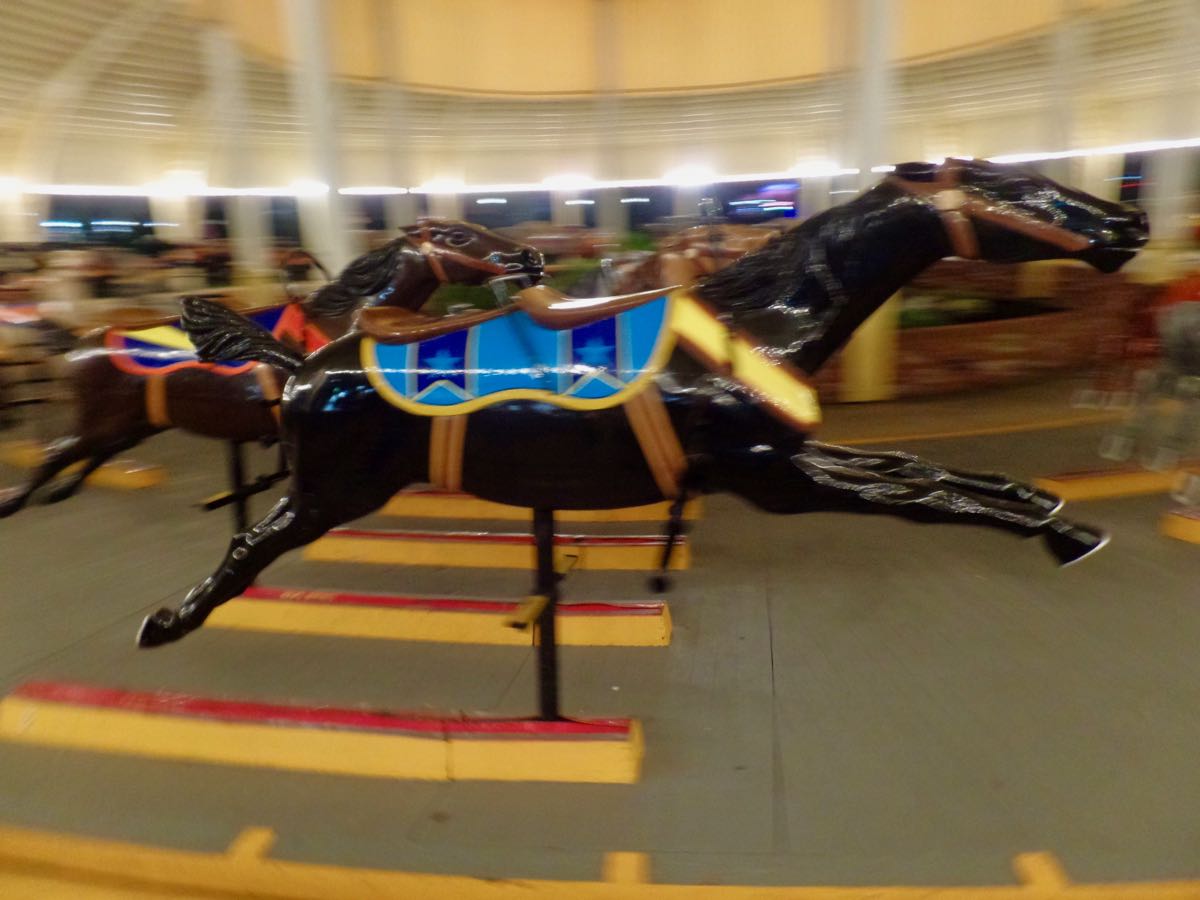 Or to try doing this trick with the camera! I'm always amazed when this works. Looking out from Cedar Downs towards GateKeeper, and all these wonderful puddles of light. 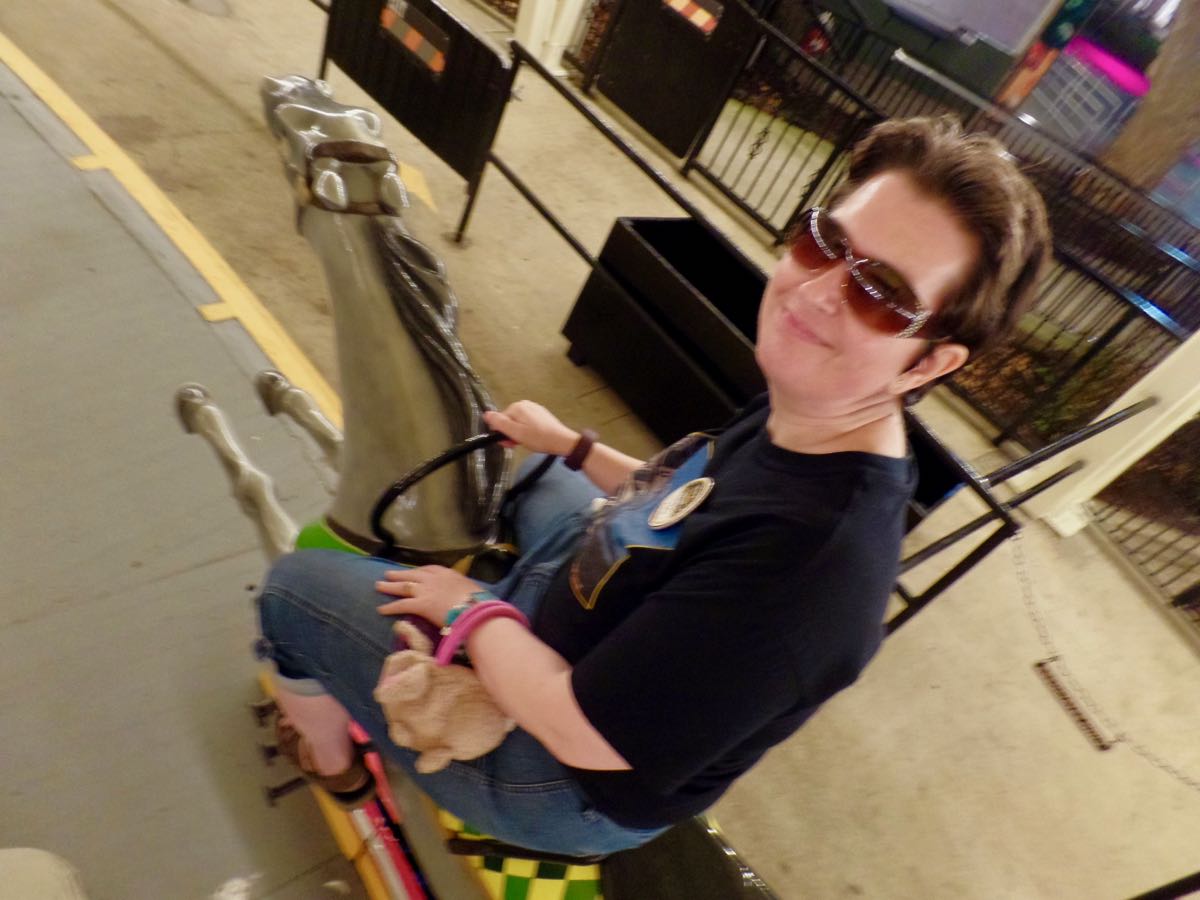 bunny_hugger on her horse, in this last ride of the night. 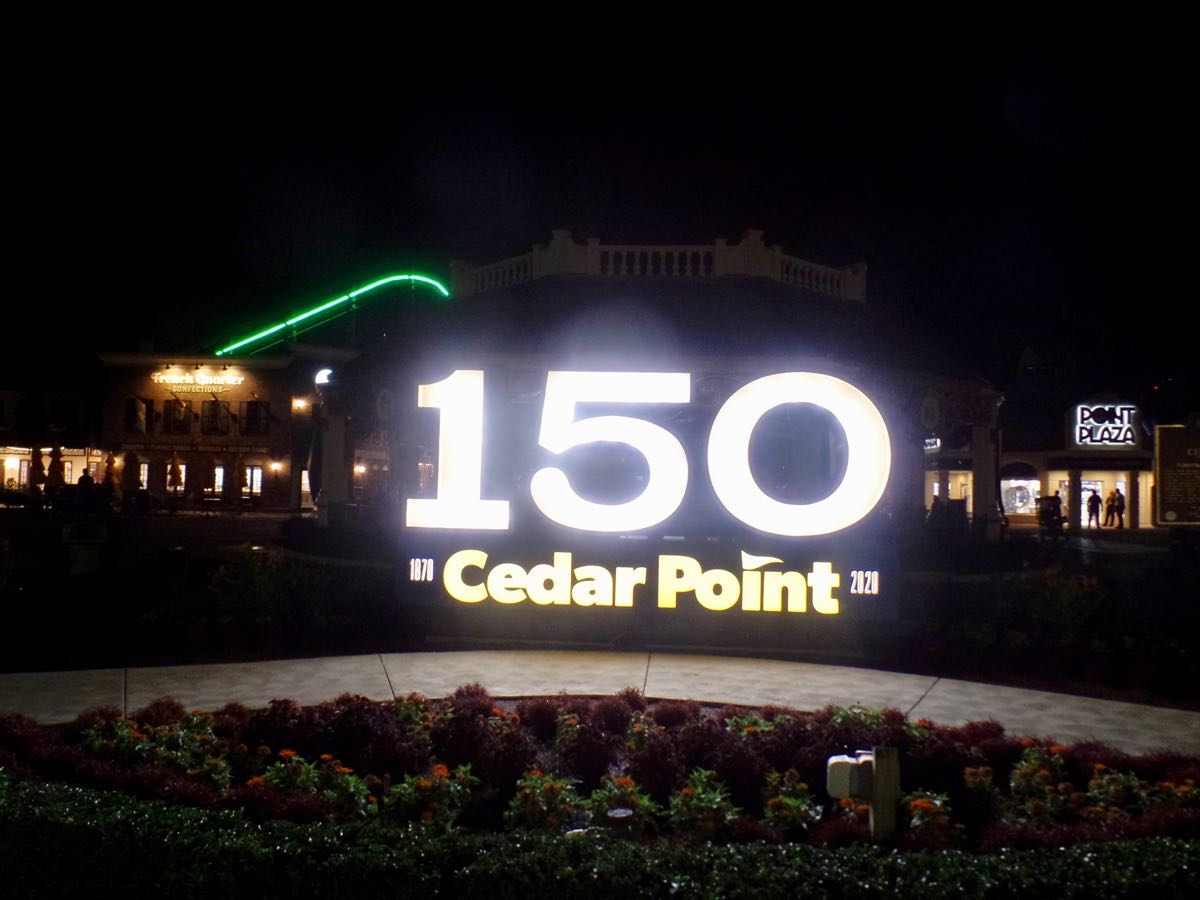 The 150 Years sign, lit up bright, even as the Midway Carousel's dark because it's like 40 minutes after the park closed. 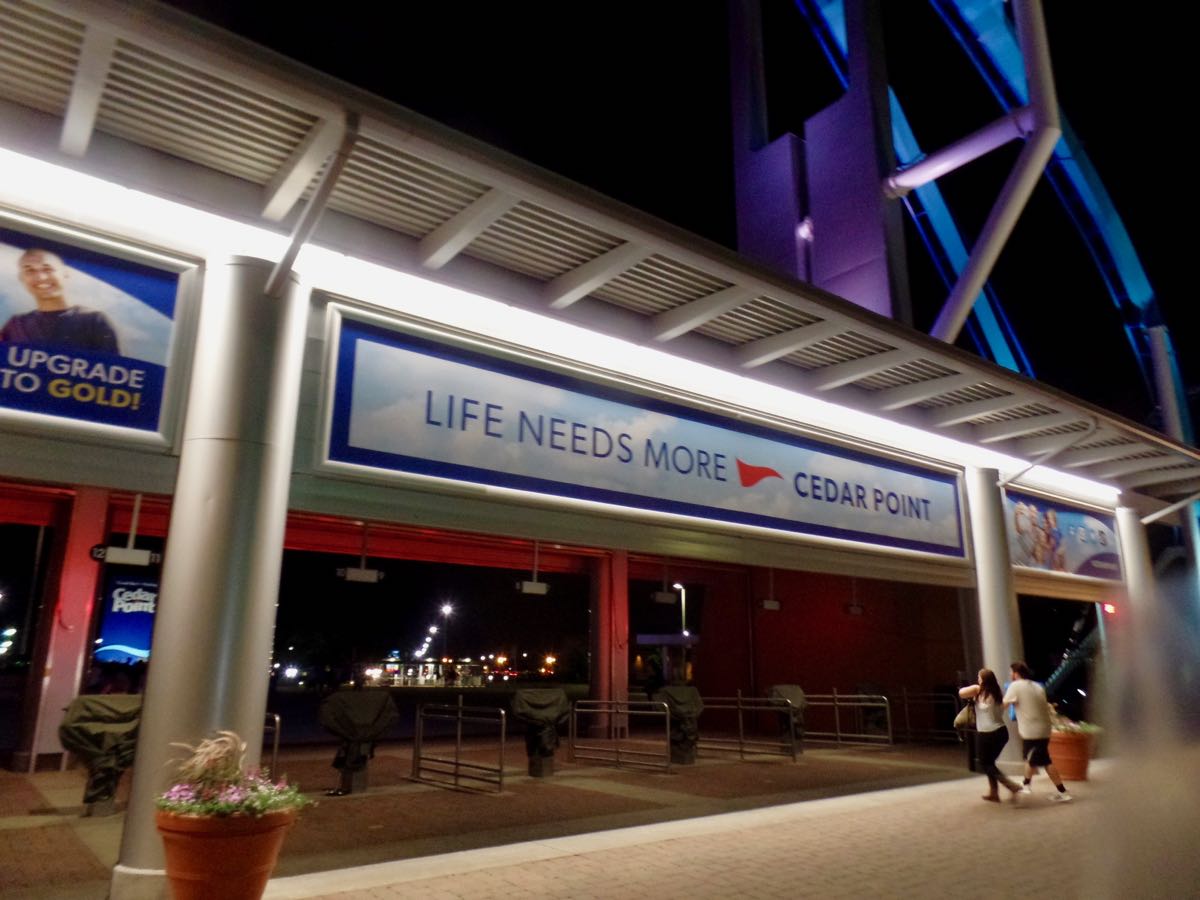 Exiting the gates. And, yeah, a decent farewell message there. 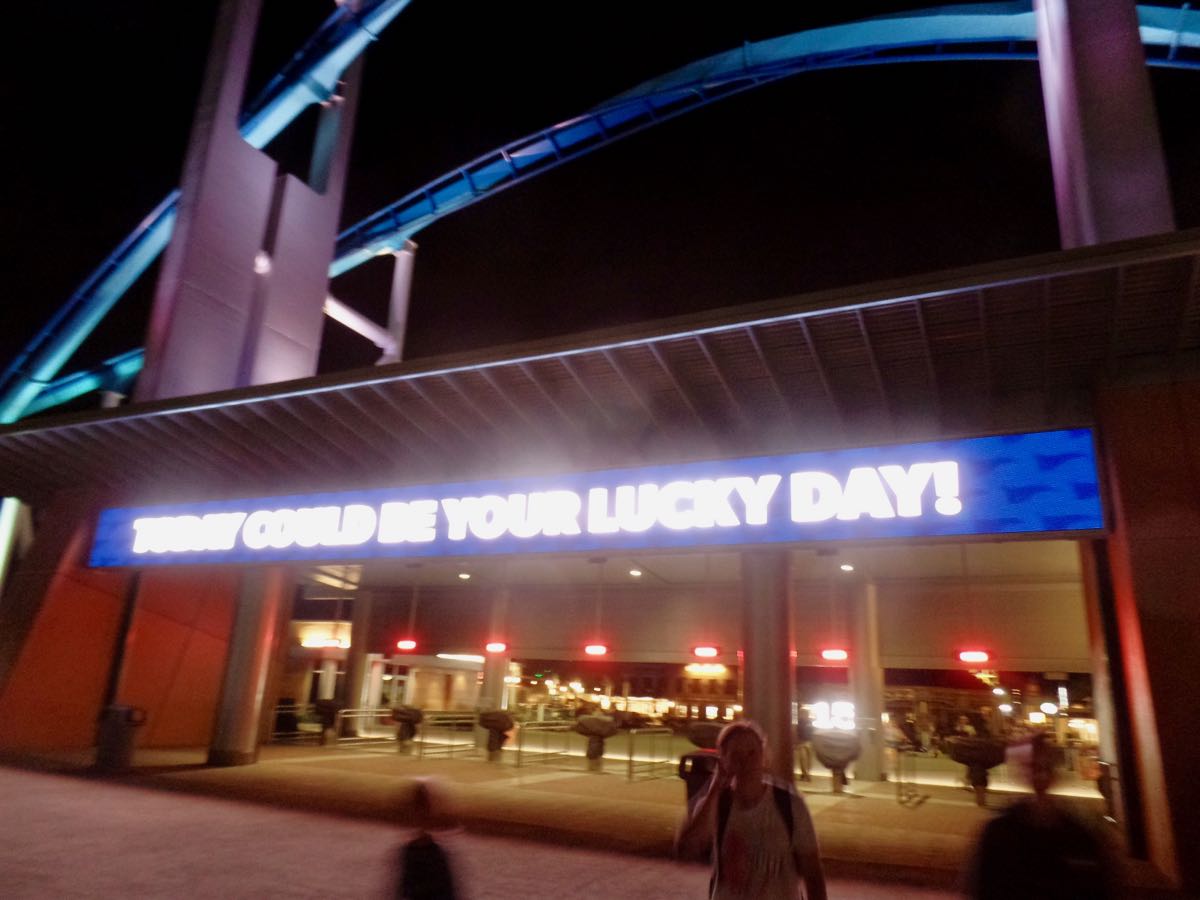 The entrance, and what seems like a promising message. This is about teasing their raffle of a lifetime season pass, which would be a pretty good deal at that. We failed to enter, unaccountably.

Trivia: Robert Fulton, eventually of steamboat fame, travelled to Europe to improve his skills as painter of miniature portraits. Source: Wedding of the Waters: The Erie Canal and the Making of a Great Nation, Peter L Bernstein.

Currently Reading: DC Showcase Presents: Metal Men Volume 1, Robert Kanigher, Ross Andru, Mike Esposito. Will say this for the stories, dumb as they are. There's a striking amount of continuity, issue-to-issue, where something isn't quite resolved by one book and it has to be dealt with the next. Sometimes this is reasonably elegant. The big monster attack is halted by some mad science derring-do, but it doesn't stop the big monster invasion and they have to have a different idea next issue. This seems reasonable. Sometimes it's both reasonable and weirdly dopey, like, this time the giant Amazonian robot queen had the Metal Men affixed to a super-science charm bracelet, and the next issue they have to fight the second attack while they're all locked in place relative to one another.

The way everyone calls each other by their metal, and keeps repeating facts about their melting points to one another, makes it almost read like an allegory. But it reads like the allegory you write when your eighth-grade English Composition teacher has described the form to you and you get the assignment to write a three-page example and you don't know what to write about, maybe some argument about whether it's okay to steal this video game from the clearance bin.