Things continue to slow on my mathematics blog, but they're not yet at a complete stop! The last several things posted, over the last two weeks or so, include:

bunny_hugger's parents' home town. We'll start just before the explosions, with the walk I took because I went and ate my body weight in potato salad. 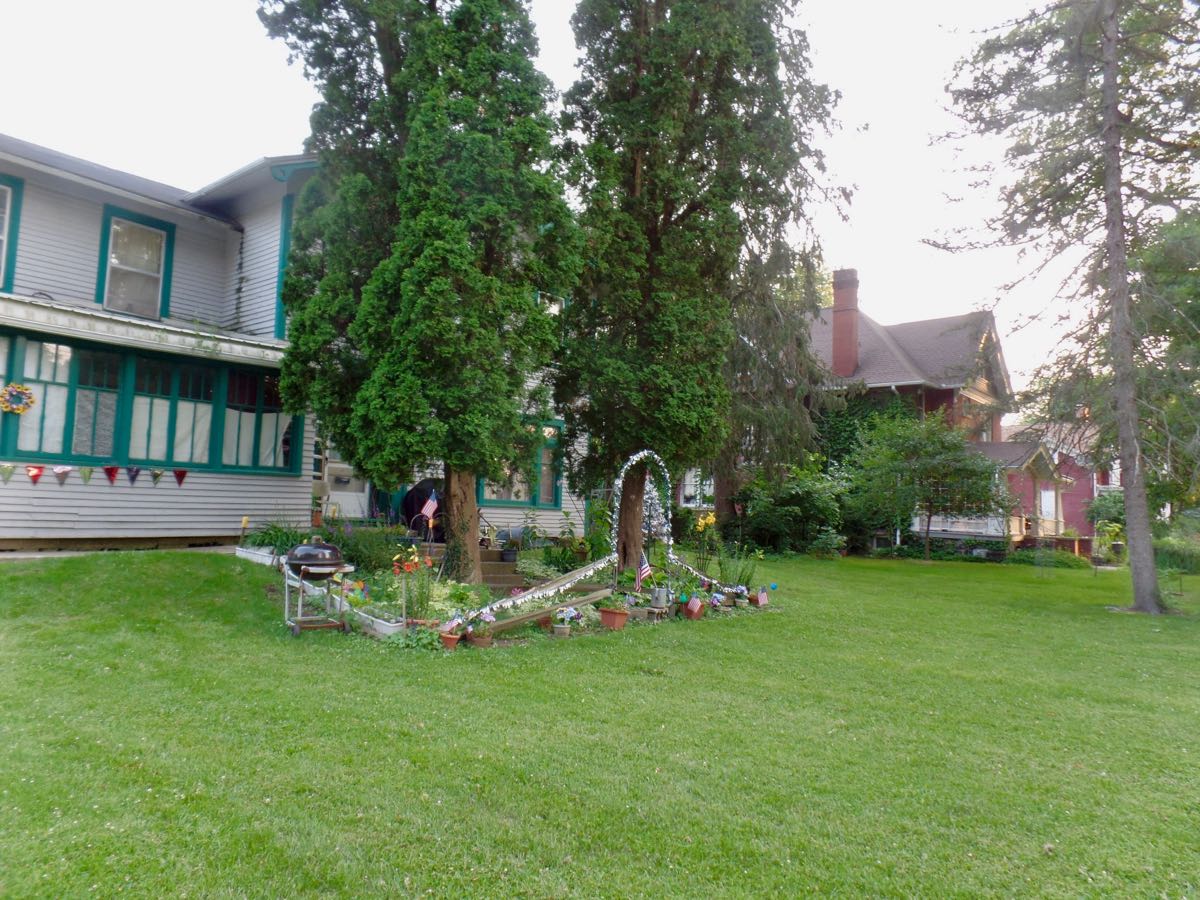 The house that decorates a bunch for every holiday, plus some of the houses beyond that which caught the light nicely. 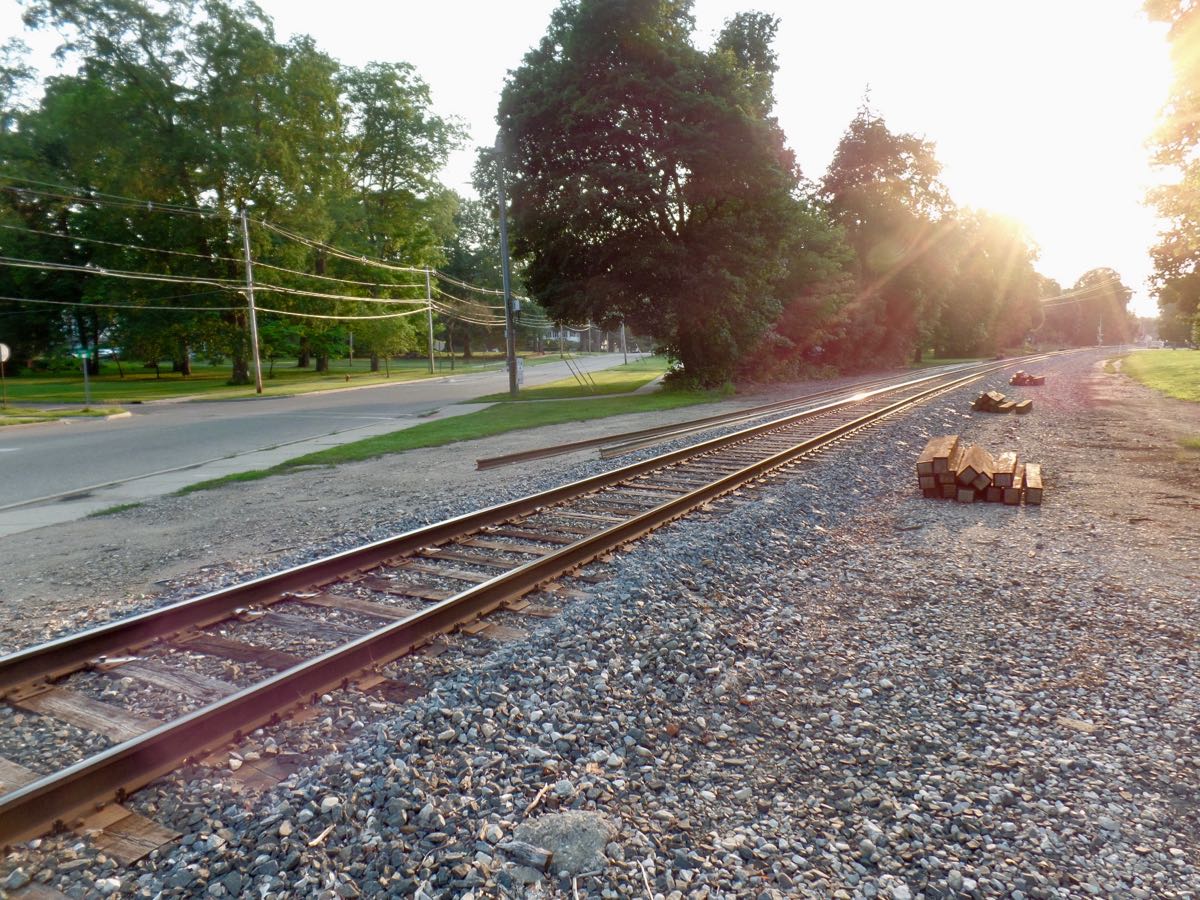 Great view of the train tracks in the evening light. I don't know why the wooden ties there. Repairs? 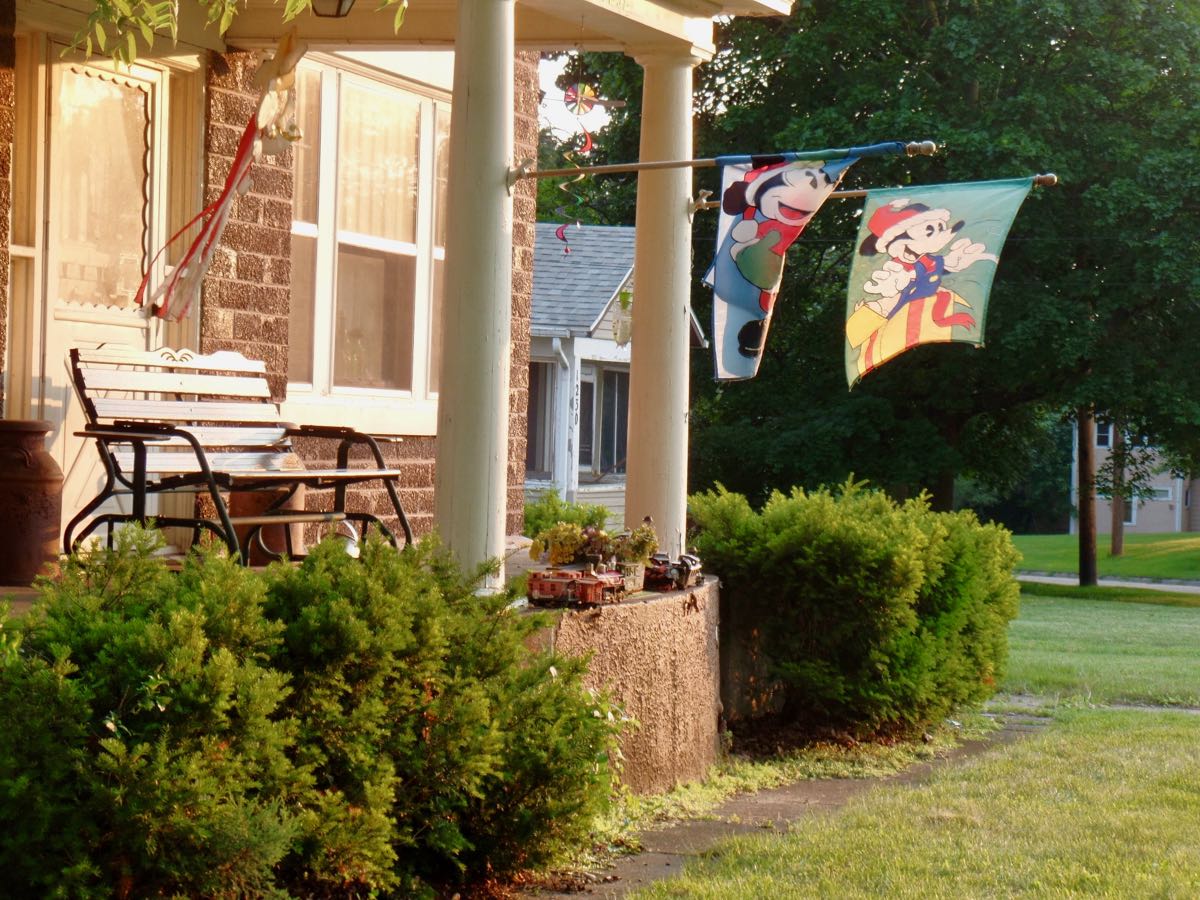 Here's a house that hasn't fully given up on the Christmas decor. 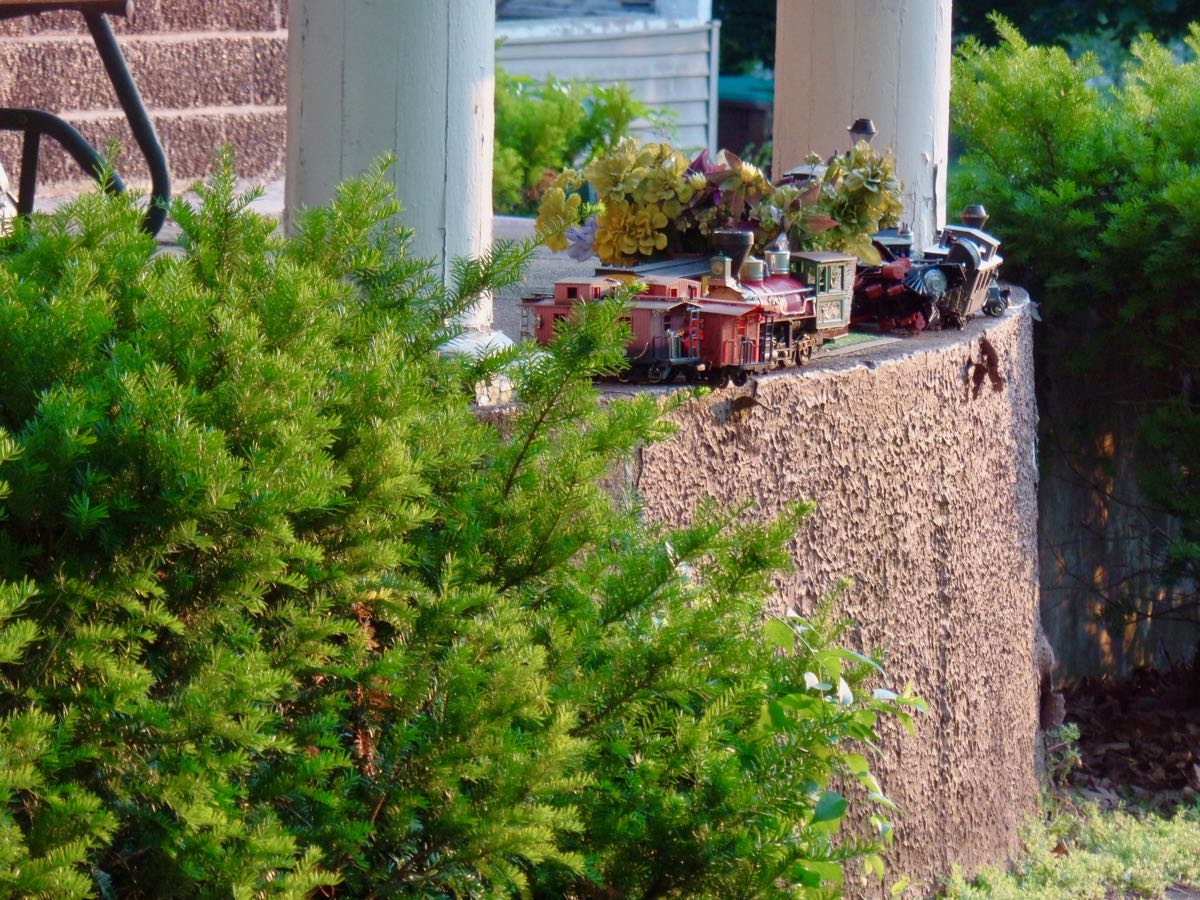 I do wonder if the trains were set up on a track for Christmas, though. 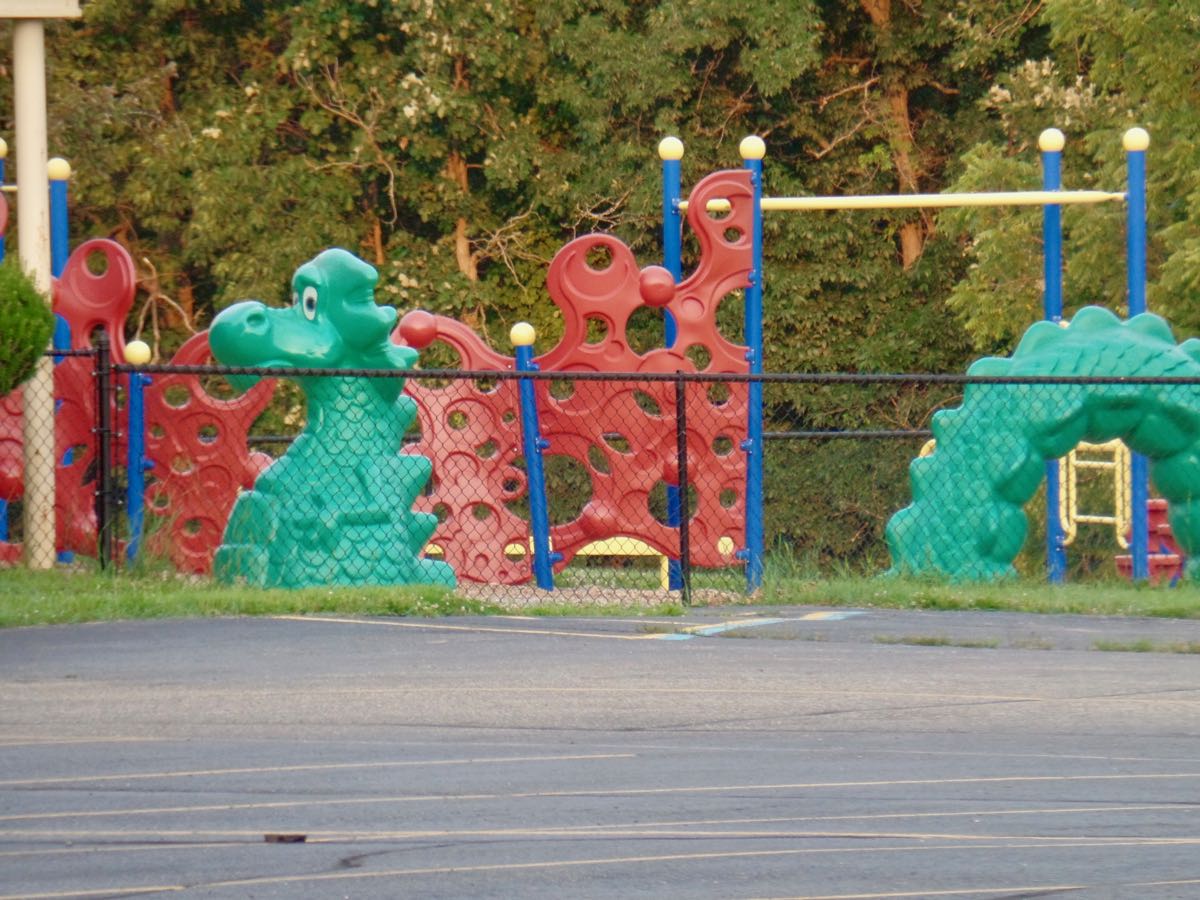 Sea serpent figure in the playground at the elementary school. We admire that critter every time we drive past. 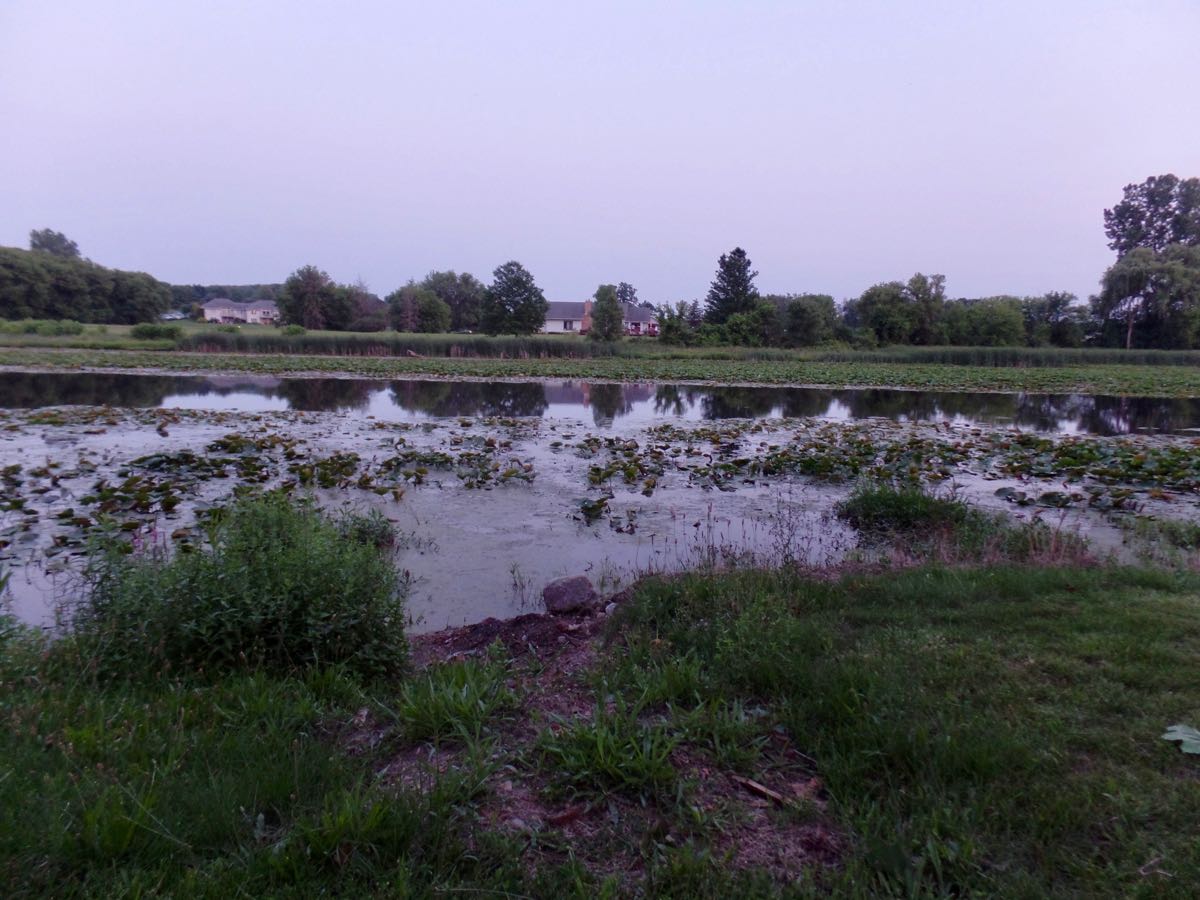 The park, and our viewing position. There was a wooden dock out here back in 2019. 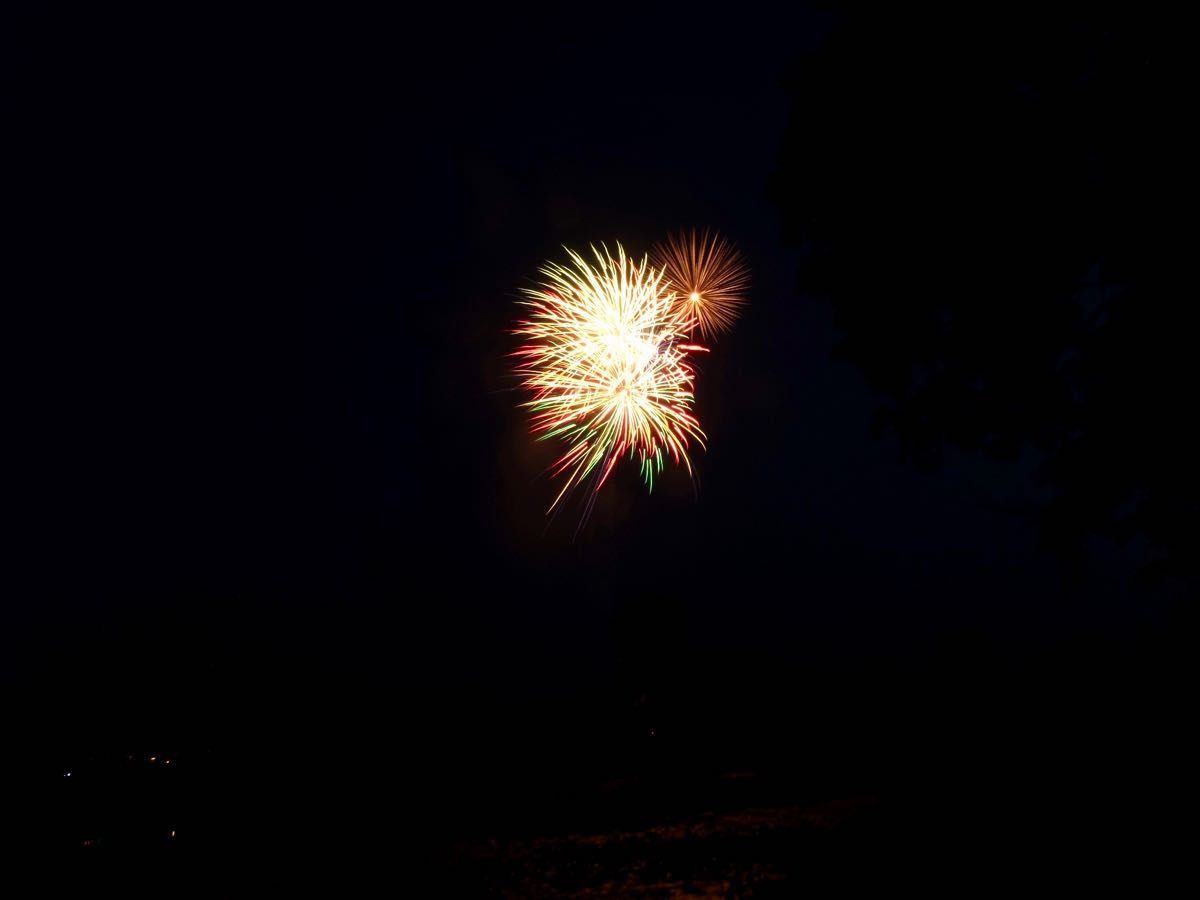 The Honeymooners! Er, no, the fireworks show getting under way. 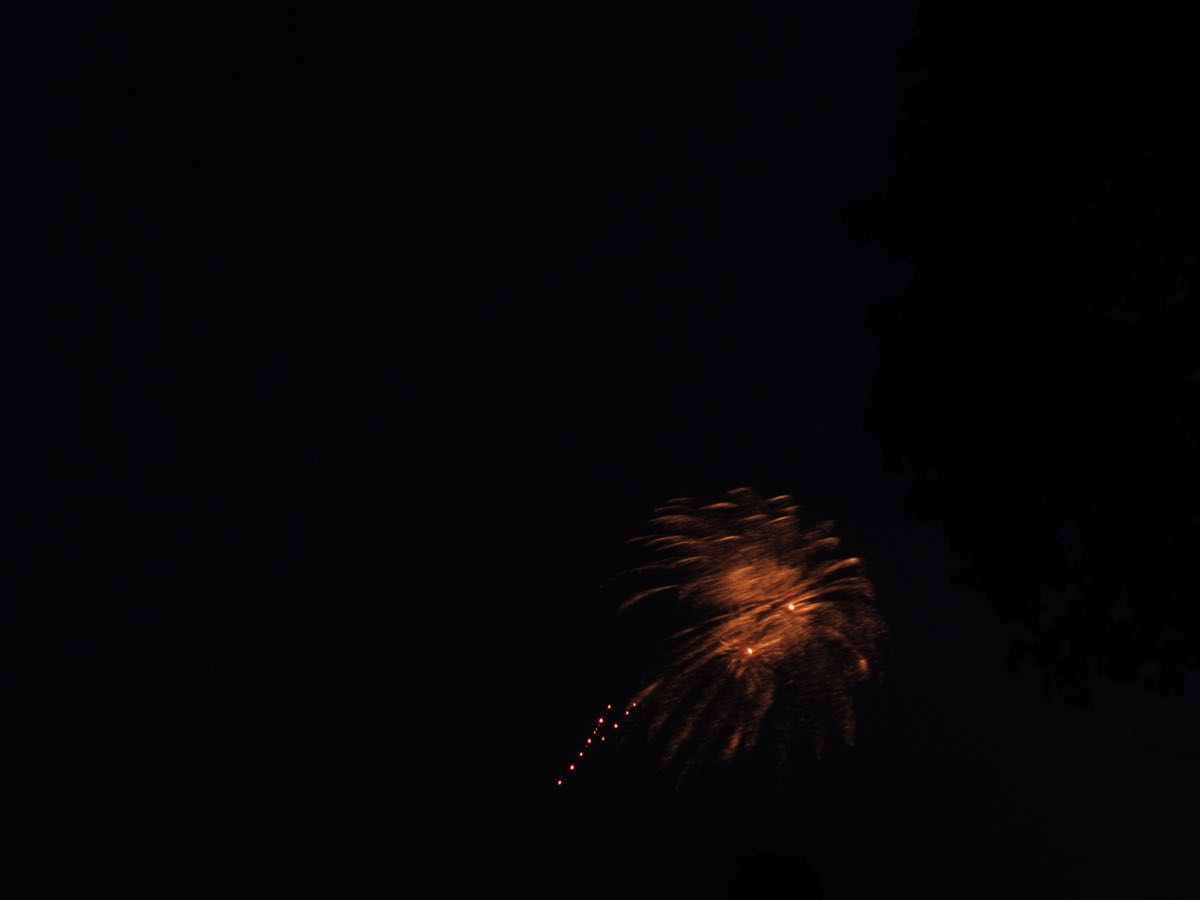 I think I'd mistimed when to snap a picture and that's all right; I like its faintness. 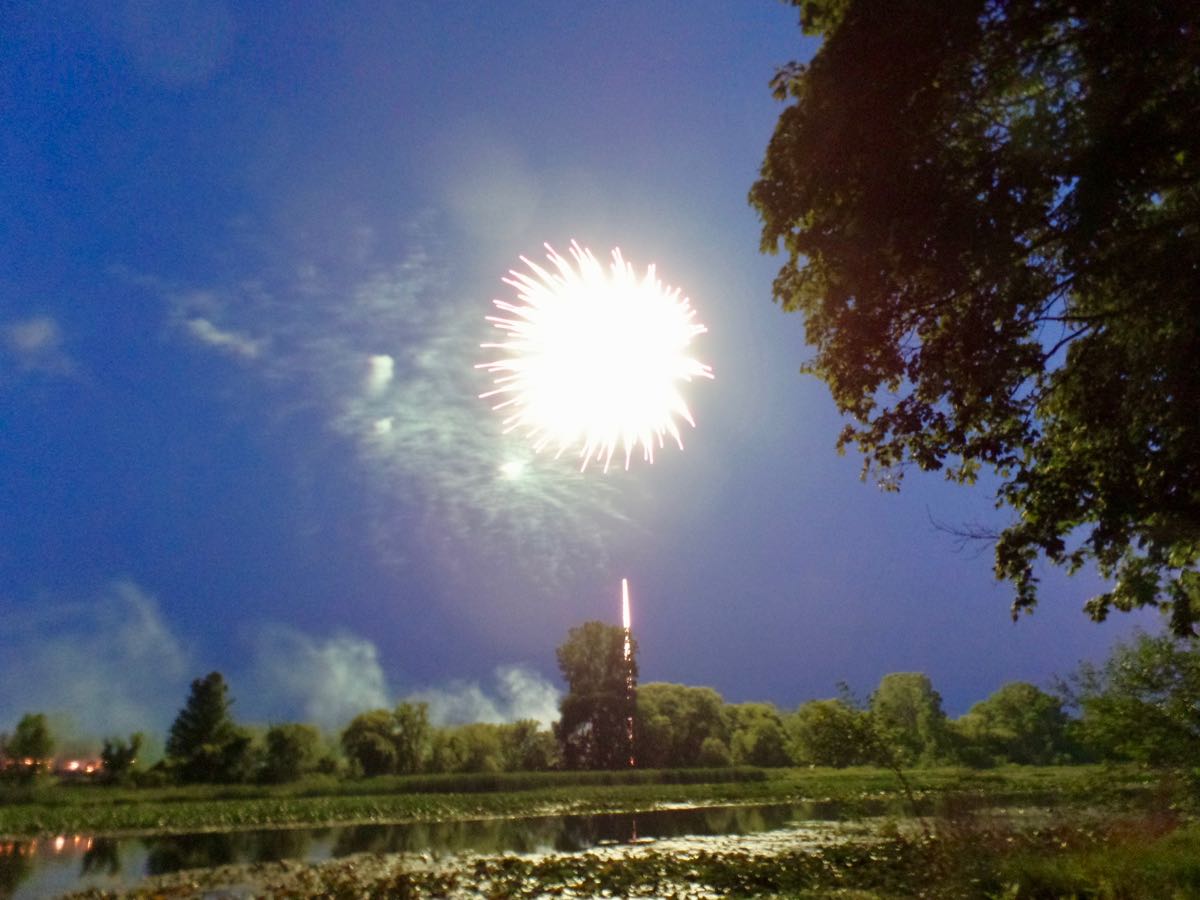 Here I switched away from the fireworks mode to the camera's automatic mode and while it required me hold the camera steady longer, wow did it turn night into day. 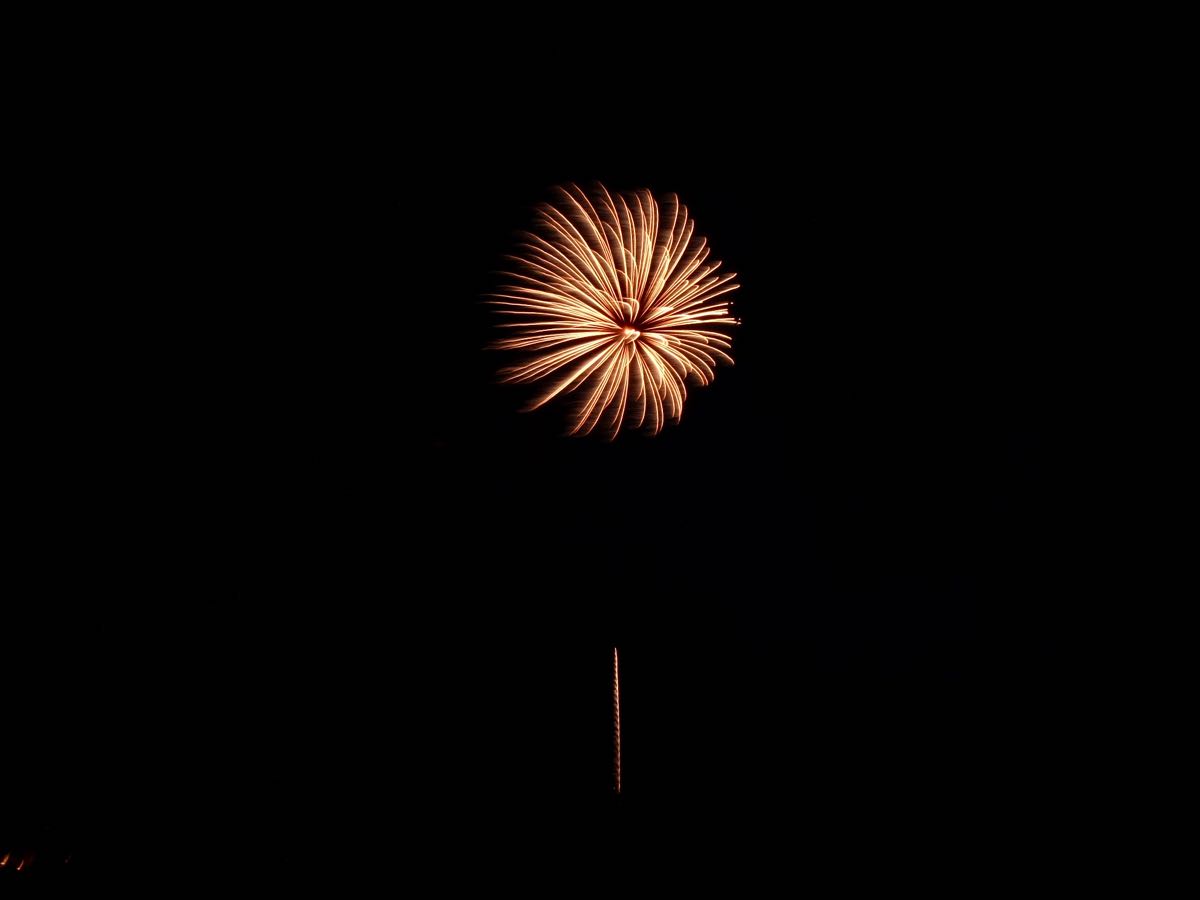 A similar scene in the low-light fireworks mode. This looks a bit like an abstract idea of a flower. 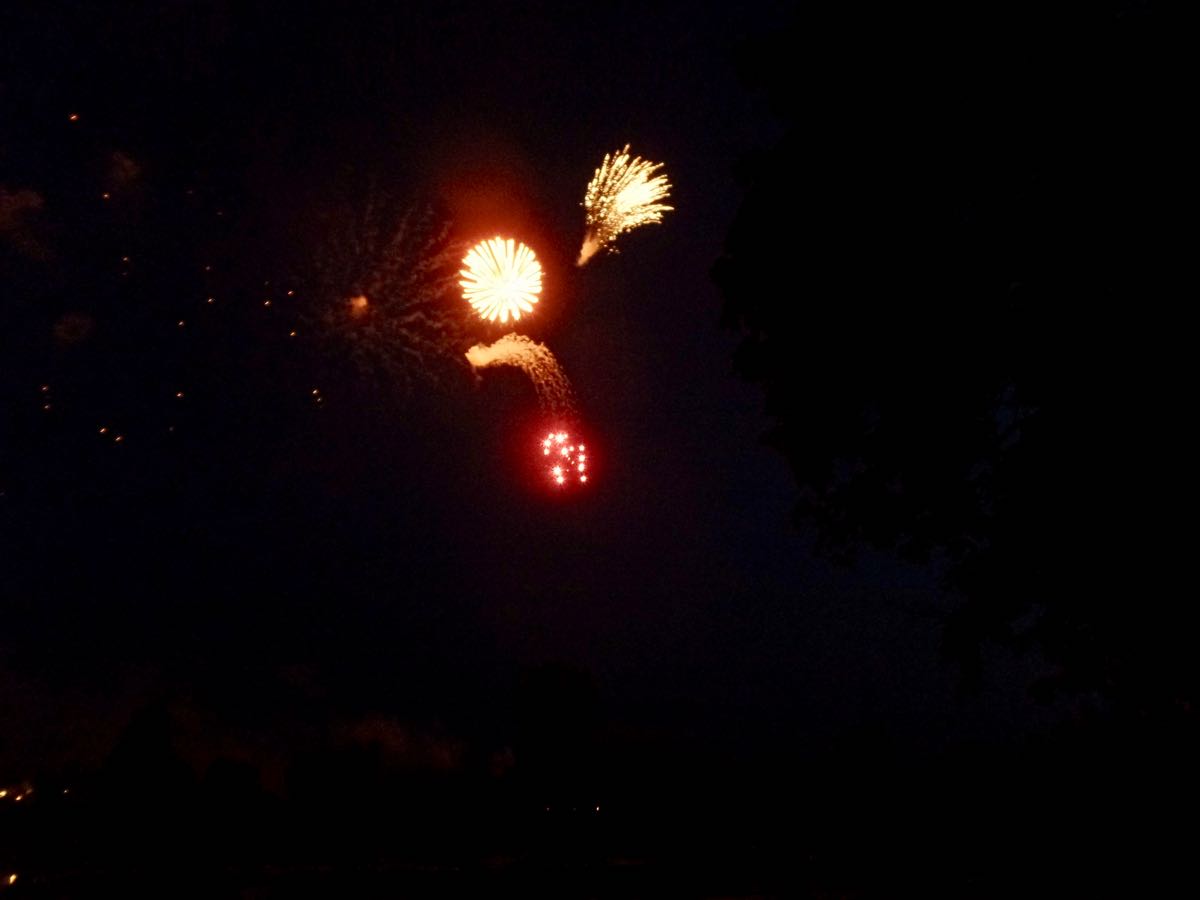 Fireworks that look like Medieval paintings of a comet. 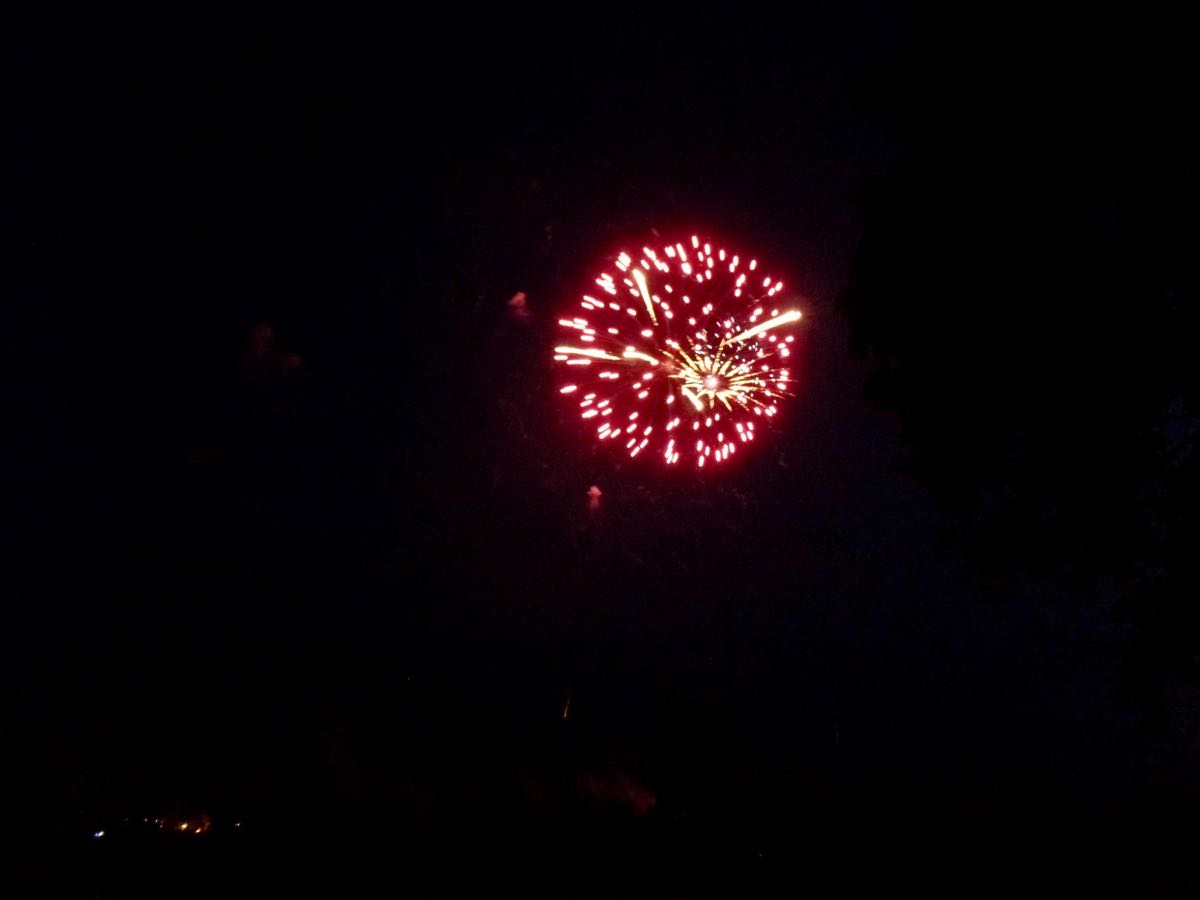 I believe this firework represents the Rebel Alliance's visual depiction of the Death Star plans.

Trivia: On the 31st of July, 1861, the special session of Congress approved a bill paying the volunteers called into the militia and regular army by President Abraham Lincoln to put down the slavers' rebellion. Source: Waging War: The Clash Between Presidents and Congress, 1776 to ISIS, David J Barron. (Congress had been in session since early July.)

Currently Reading: DC Showcase Presents: Metal Men Volume 1, Robert Kanigher, Ross Andru, Mike Esposito. The past 18 months have changed my doubts about the story where an evil robotic amusement park killed the entire population of its world, as I am no longer confident that they would have bulldozed or even just avoided the place after it had killed one-quarter the world's population.