Three days into her treatment, Sunshine ... we think is doing better? We can puff her chin with the medicated talc-like powder when she stretches her head up to get her cough syrup. And we think she's regrowing fur there, although it might be just that powder puffs look like new fur. Too soon to say.

bunny_hugger has got about a quarter of the way into a pond improvement project. This is putting chicken wire around the edge of the pond. The intent is to provide a surface that raccoons recognize as too unsteady and weird to trod on, so that they won't try grabbing at our fish. (Raccoons are happy enough to swim, and love to grab fish, but they don't like to combine the activities. So if the shoreline feels unsteady, they're less likely to use it to grab stuff from the water.) In classic form the simplicity of the concept is complicated by realities on the ground. Namely, our pond is lined with rocks, all of irregular shapes and sizes. Putting the mesh in means picking up rocks, sliding the chicken wire in, and putting the rock back where it was, which it never is exactly right again.

I believe this will, ultimately, be worth it, in how we can leave the pond un-netted most of the year and can feel confident in our fish's safety against my cousins. However, if any of you have any curse words you're not using please send them to

bunny_hugger as she is in danger of running out. 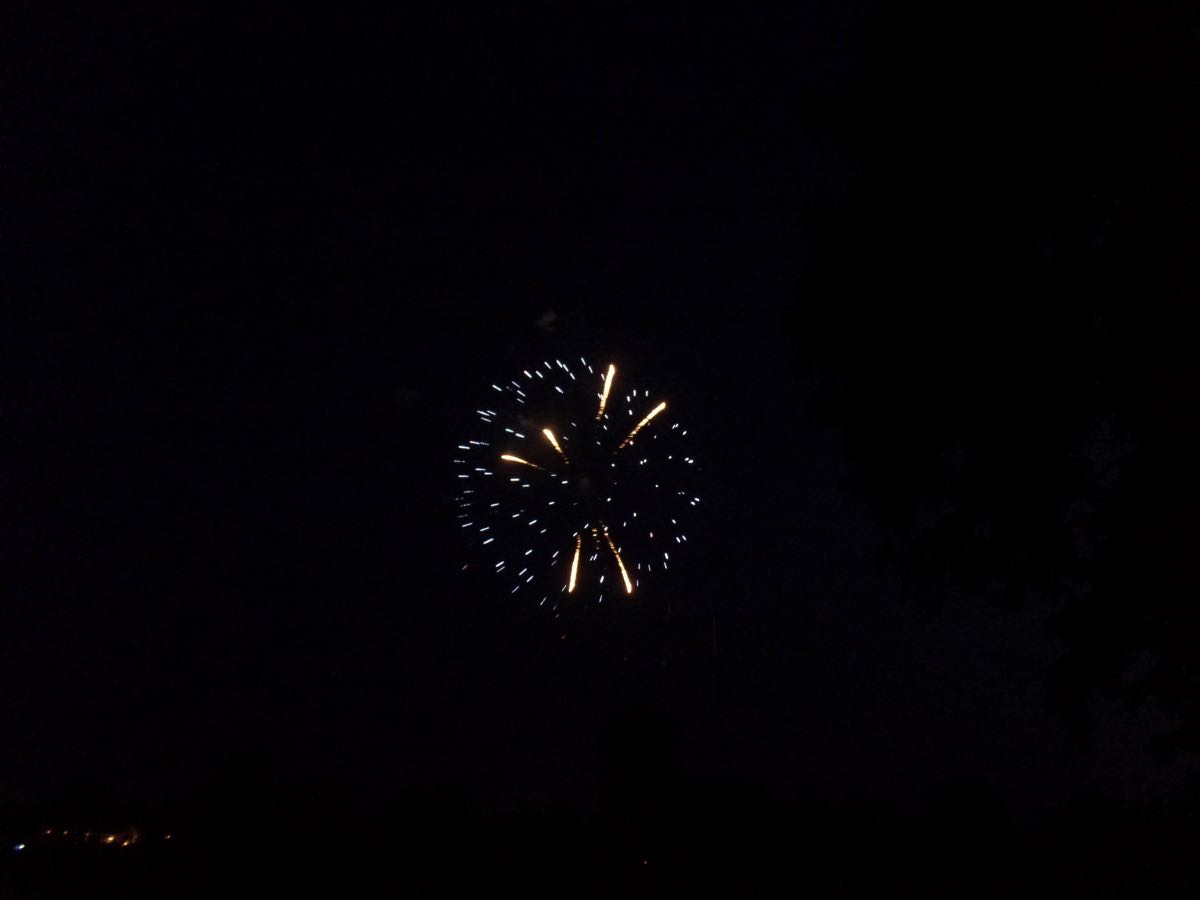 I'd felt like there was a better variety of firework colors this year, but that might just be the fun of seeing them again at all. 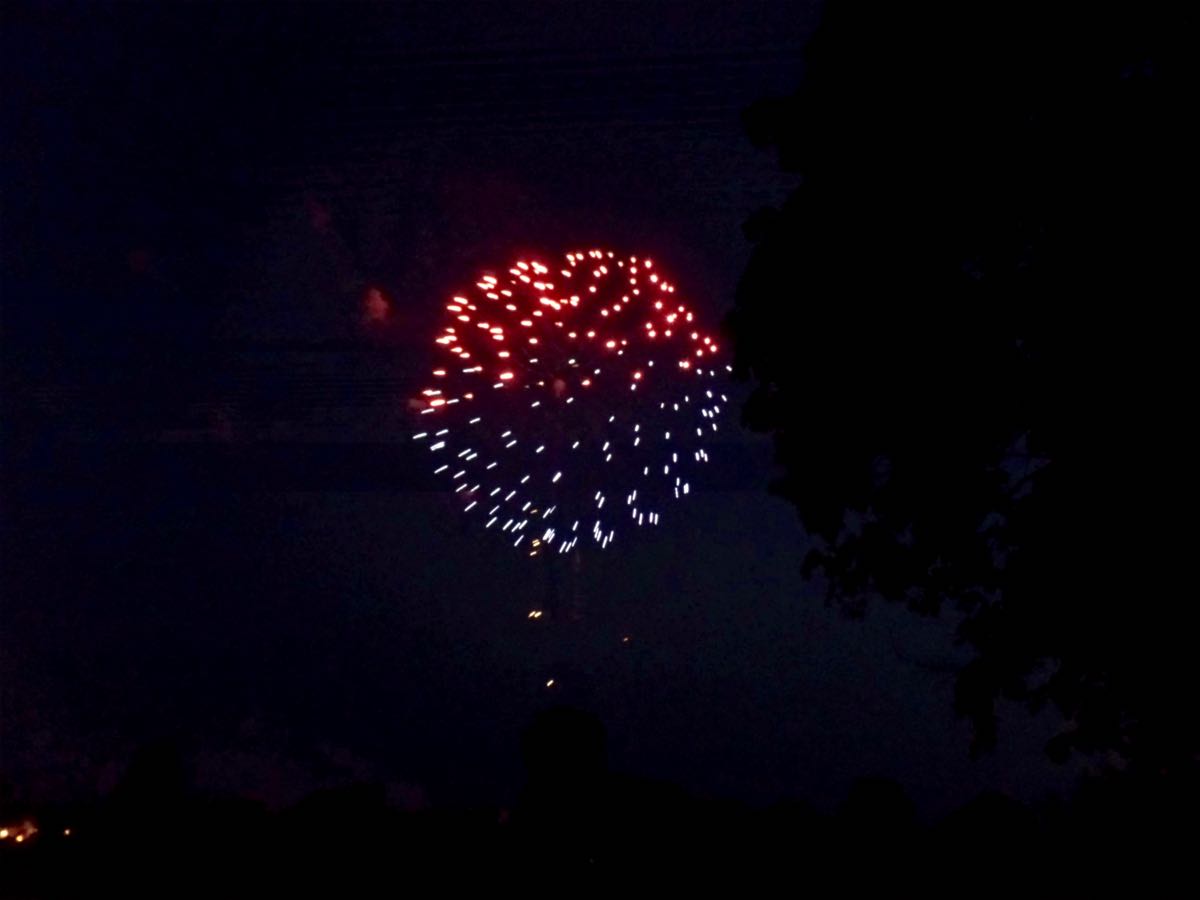 Well this firework's just a Pokeball. 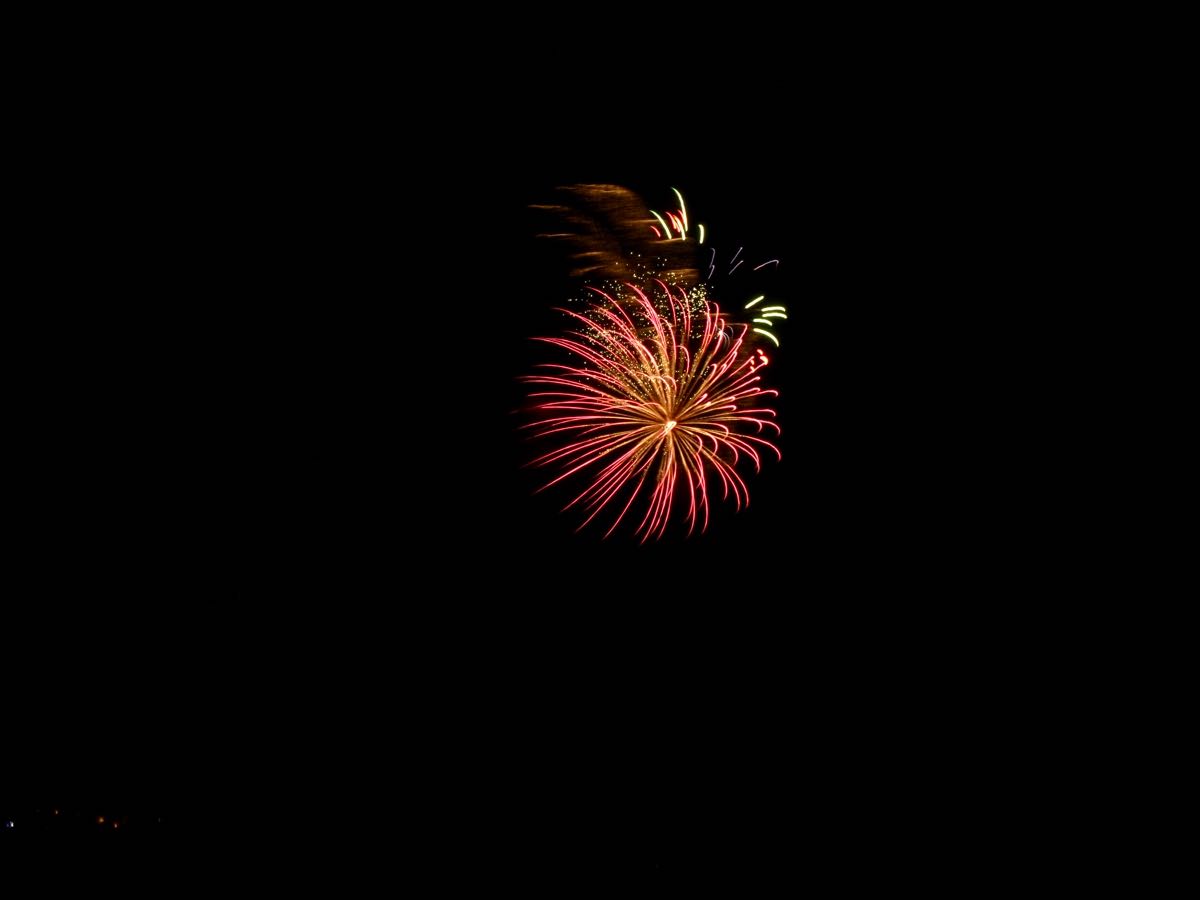 More fireworks with a great mix of colors by my eye. 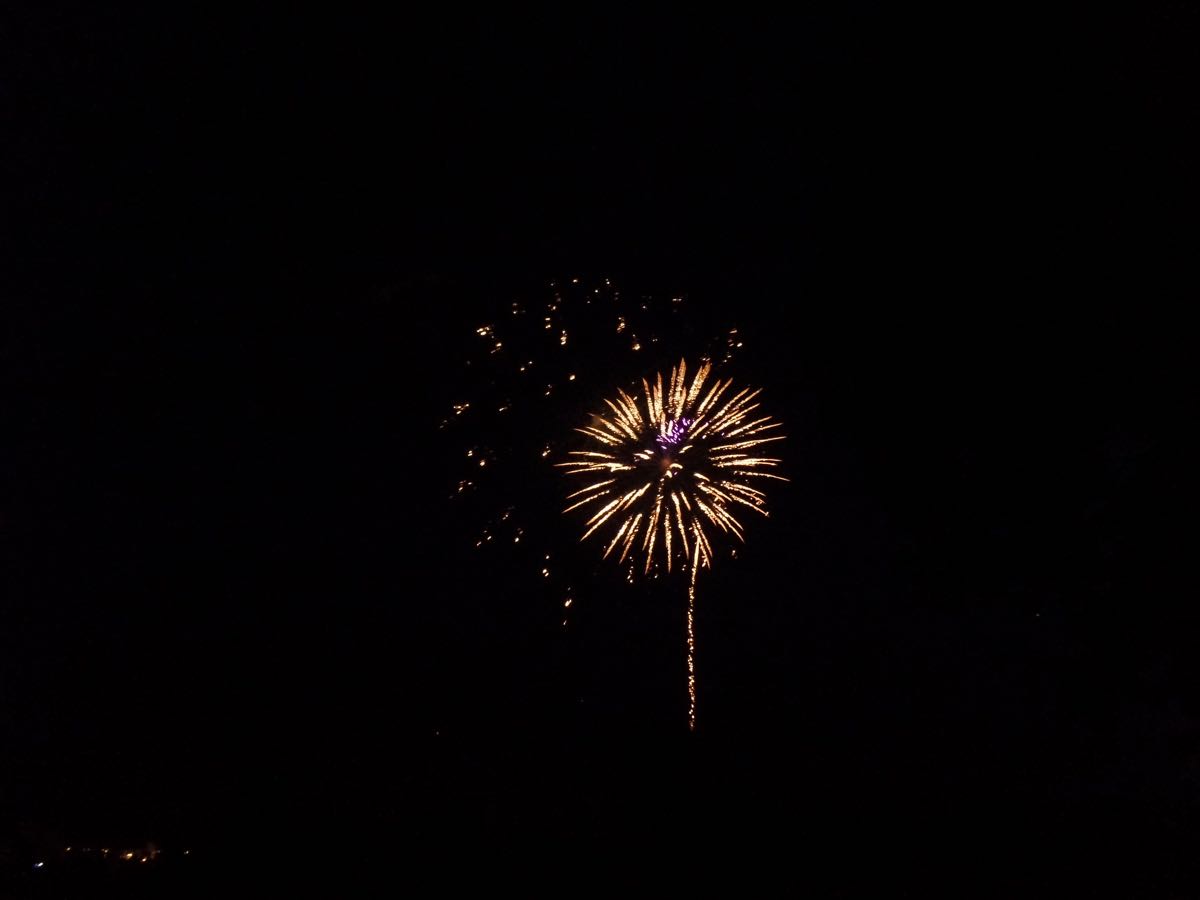 Several of the fireworks had a mix of purple and gold, representing the college colors (I assume), such has this one. 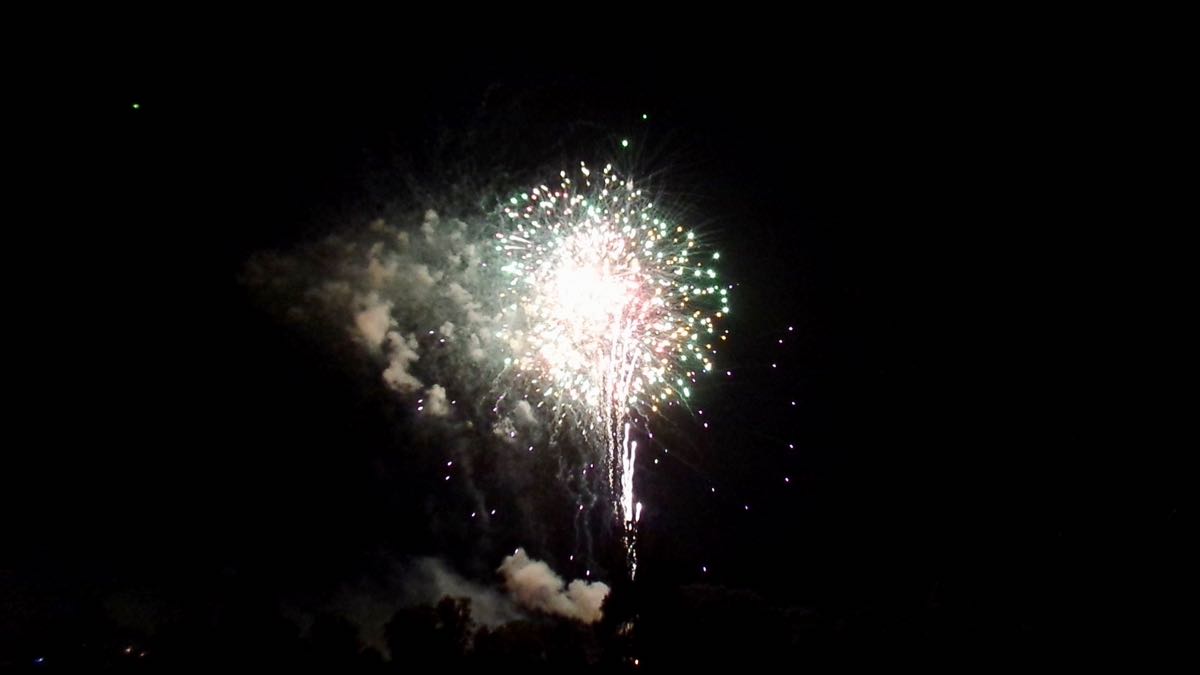 A scene from the grand finale, with a great set of red and green amid the light. 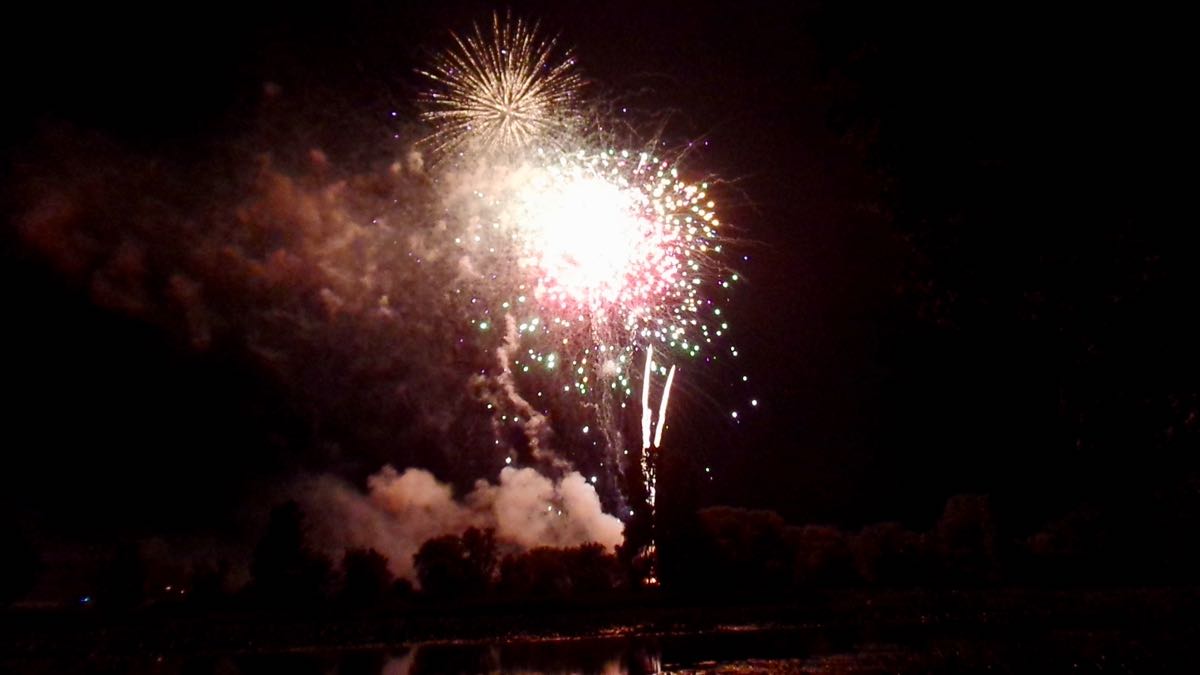 More of the grand finale, including a wonderfully symmetric moment in that uppermost burst.