Not quite letting my mathematics blog roll to a stop, but you can see it from there. The last four things posted goes back to cover three weeks' material:

That's all light fun. Now let's look some more at our getting ready for the Silver Balls in July mini-tournament, and thus, our first visit to the hipster bar since March 2020. 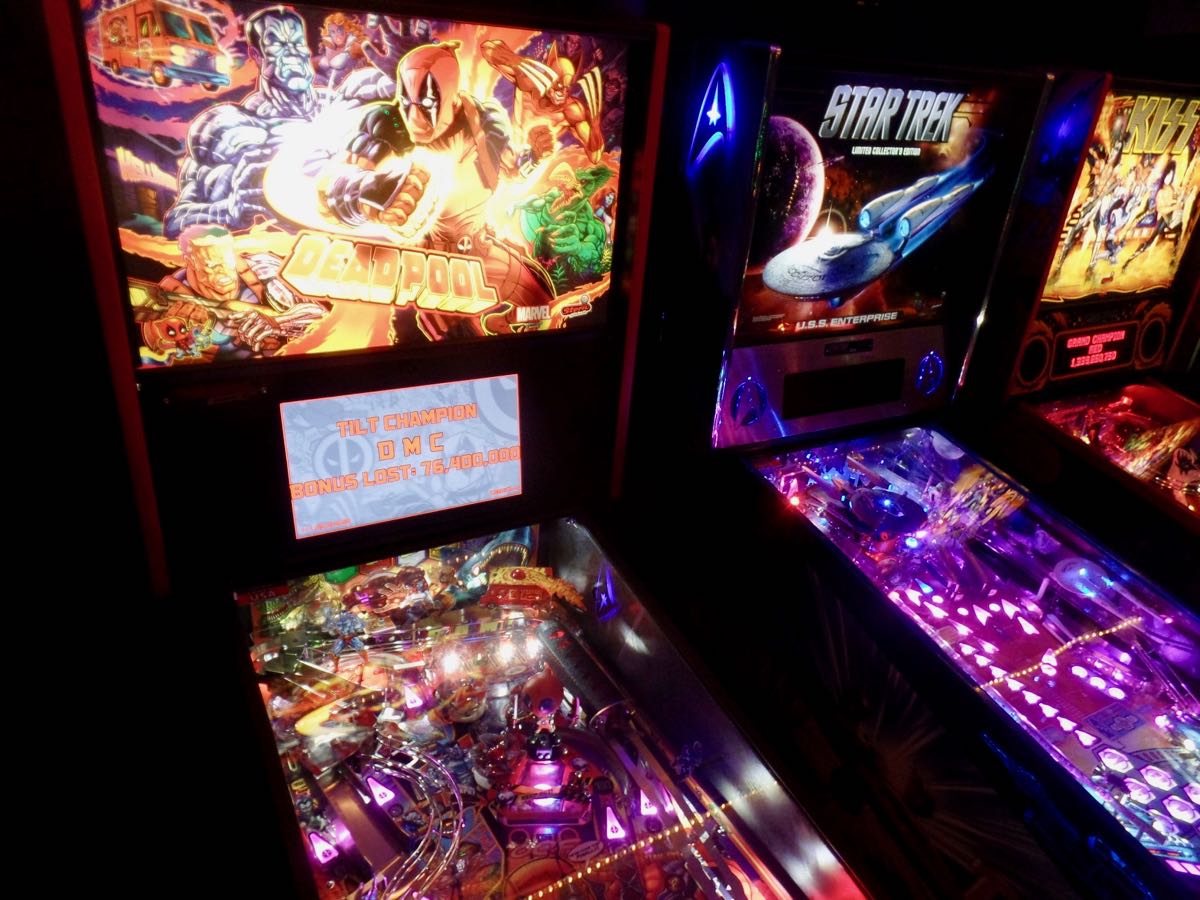 Something new has been added: Deadpool now gives an achievement credit to the person who's tilted away the biggest bonus. Here it's DMC who lost 76,400,000 points with one unfortunate nudge. Deadpool can be a high-scoring game but that is still a huge bonus to lose. 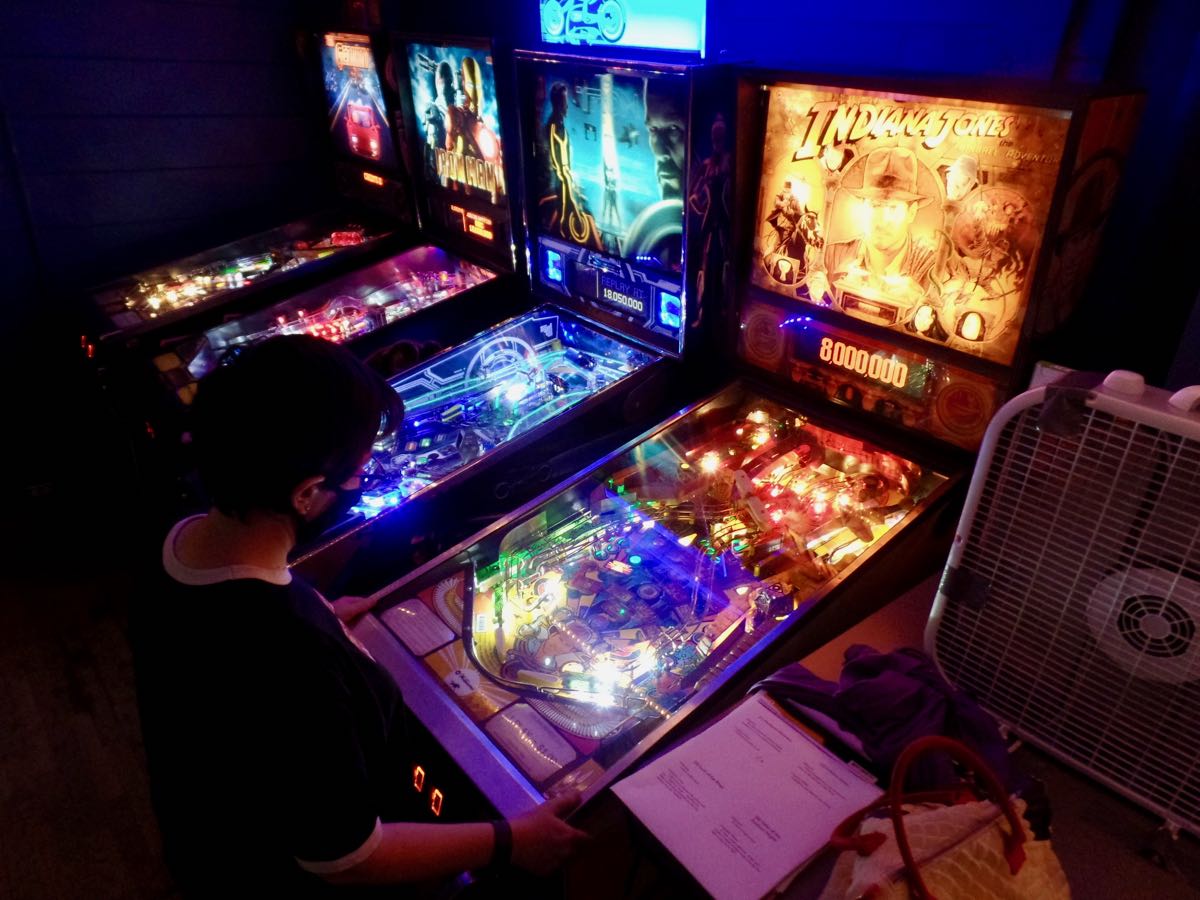 bunny_hugger testing out the objective on Indiana Jones. Next to it is Tron, a new arrival to our bar although the game came out about a decade ago. Iron Man, beside that, would be gone the next week. 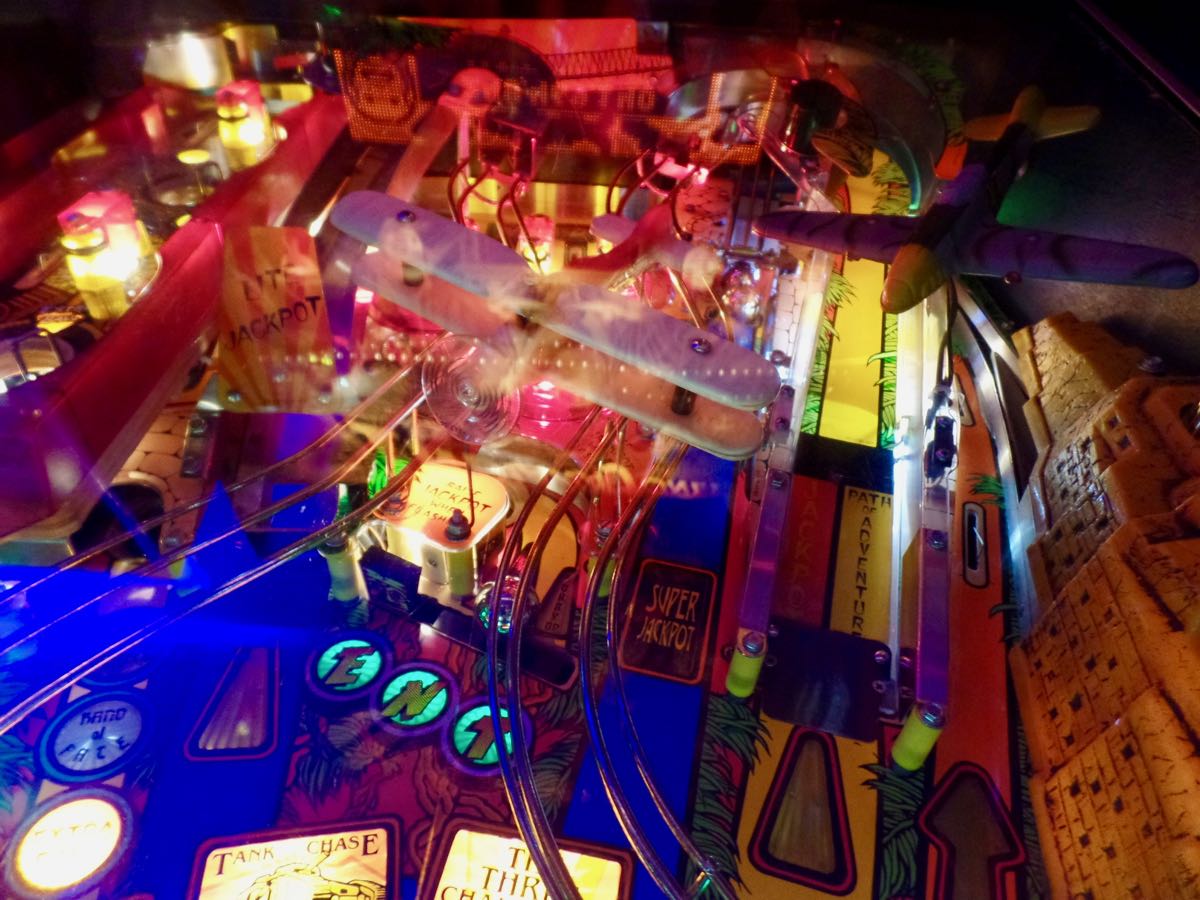 Oh for crying out loud ... I had two balls stuck on drop targets here. One between the N and T there; the other one's in the upper right corner, below the right wing of the upper plane. 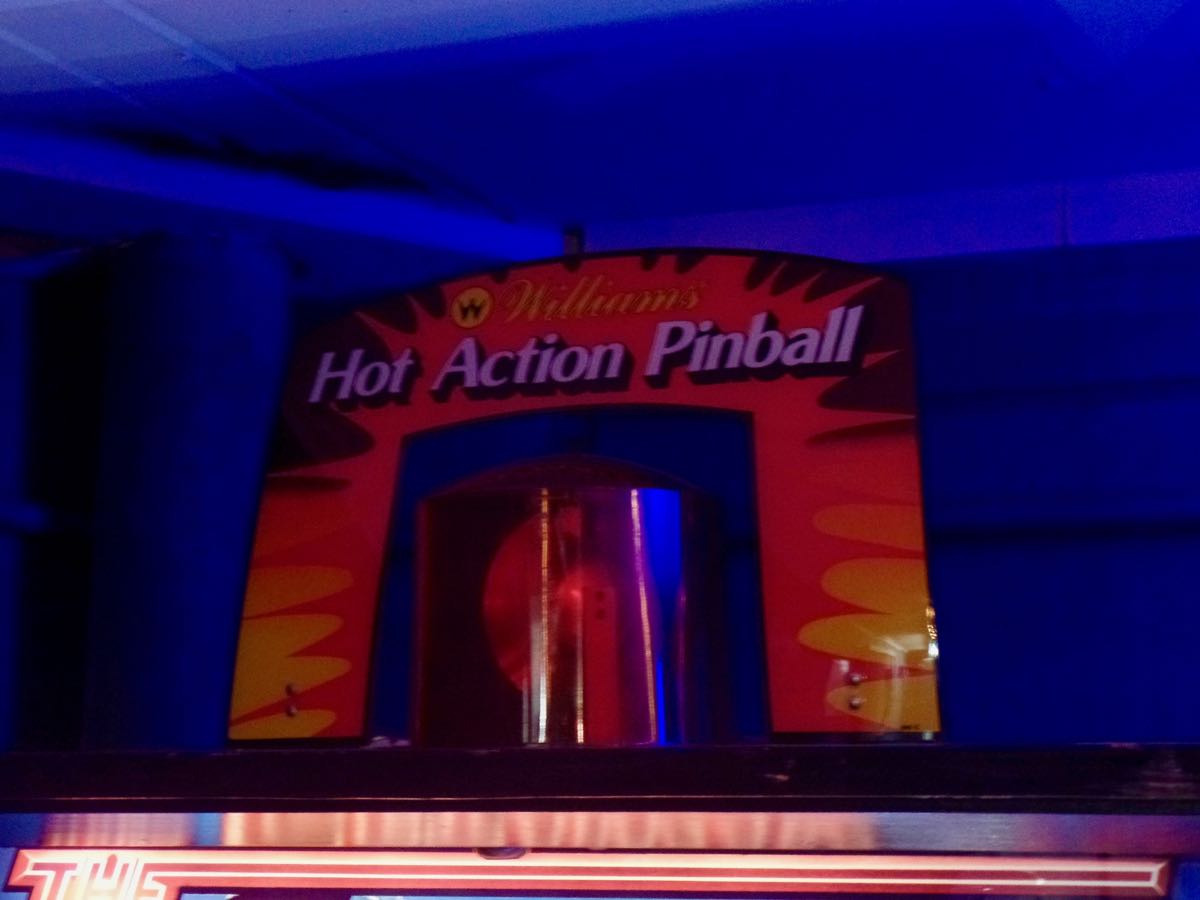 A cute detail! Getaway, an early-90s game that's a sequel/remake of a late-80s game, now has this late-80s-style topper. We were told it was actually added before the pandemic lockdown. I don't remember this, but can't refute it. Who doesn't love that late-80s design, though? 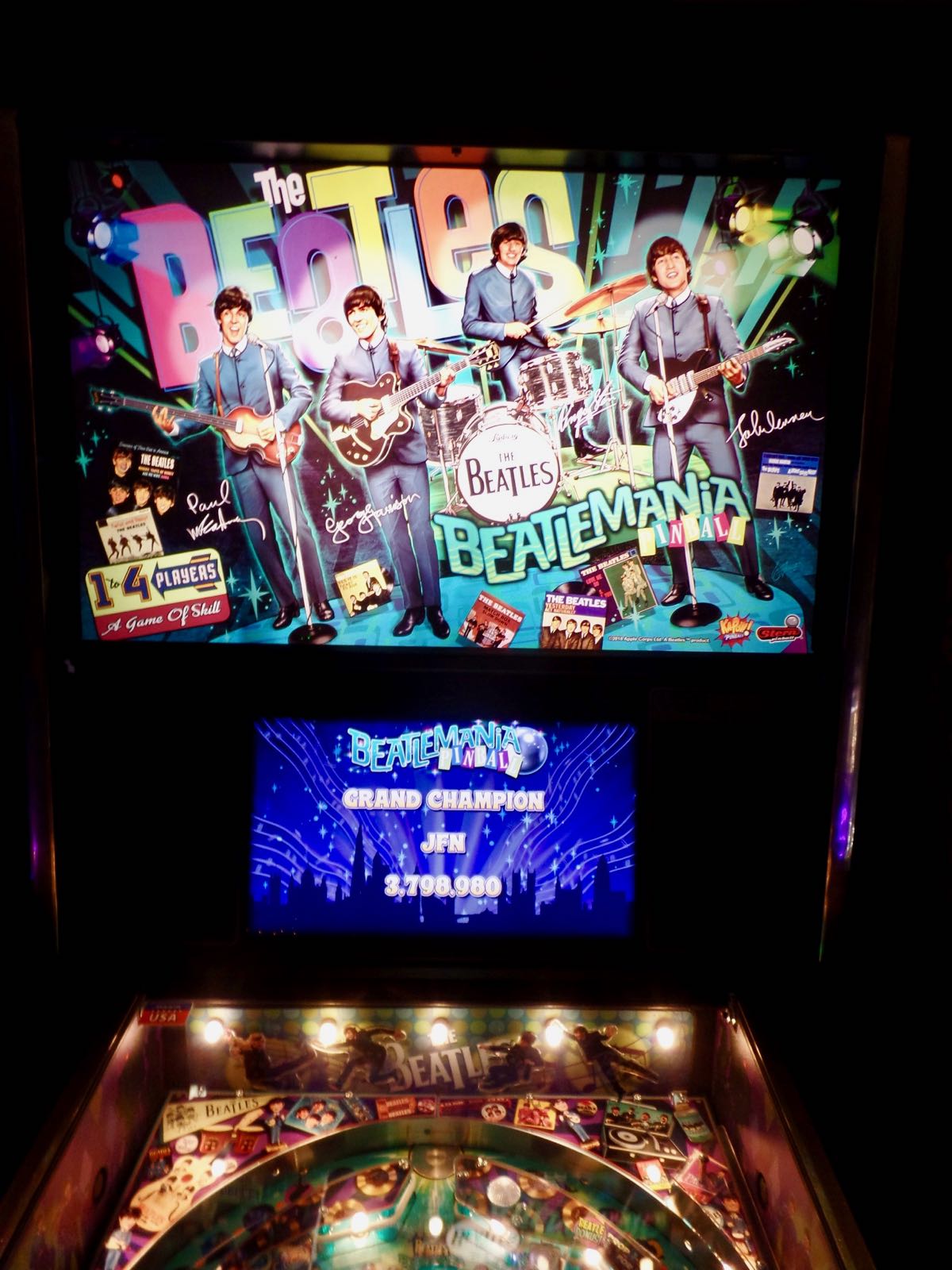 And here we are, something else preposterous: I set this Grand Championship the last time we played pinball there, the Tuesday night before the lockdown began. My grand championship was still there. Even granting not many people were playing while it was impossible to play, that's a supremely beatable score. 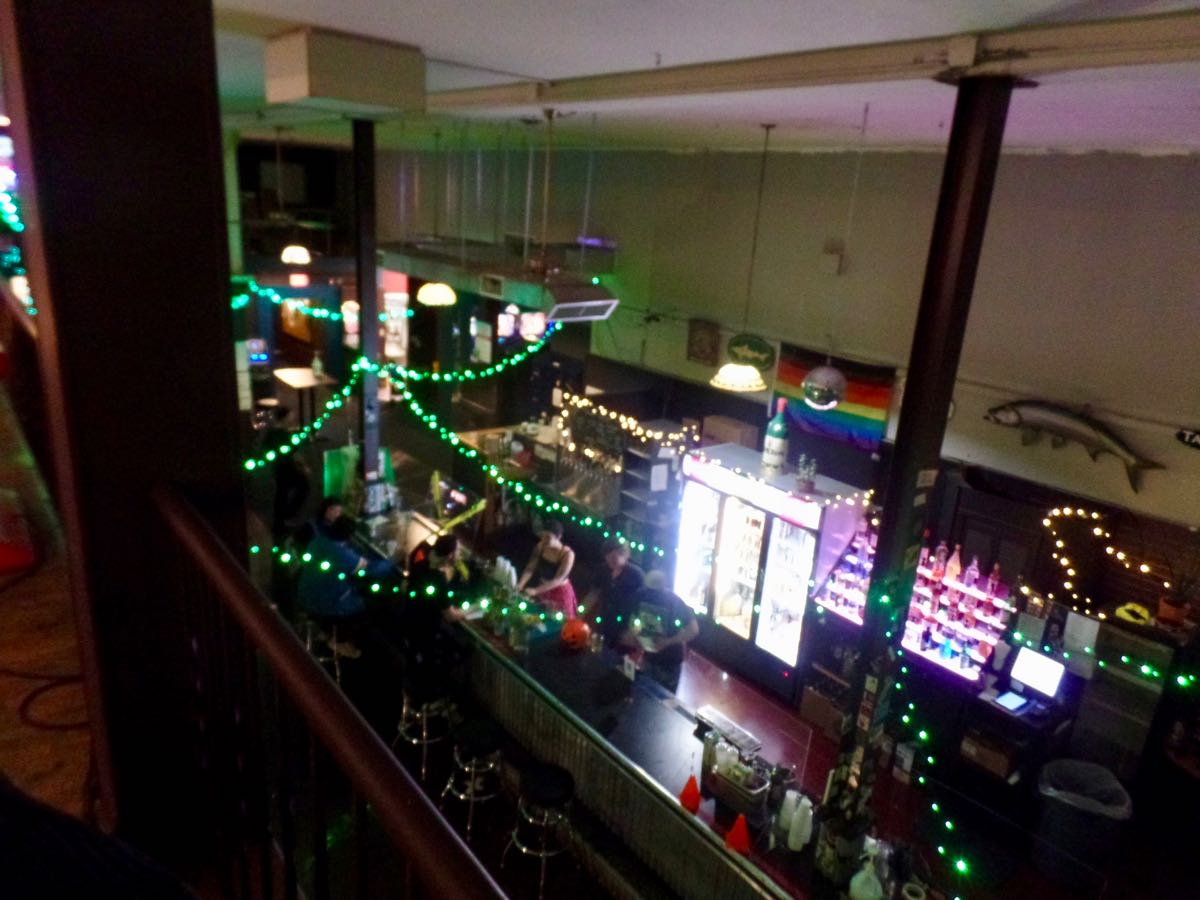 Peering out over the bar. It doesn't look very changed, although you can maybe see the plexiglass wall in front of the service counter. 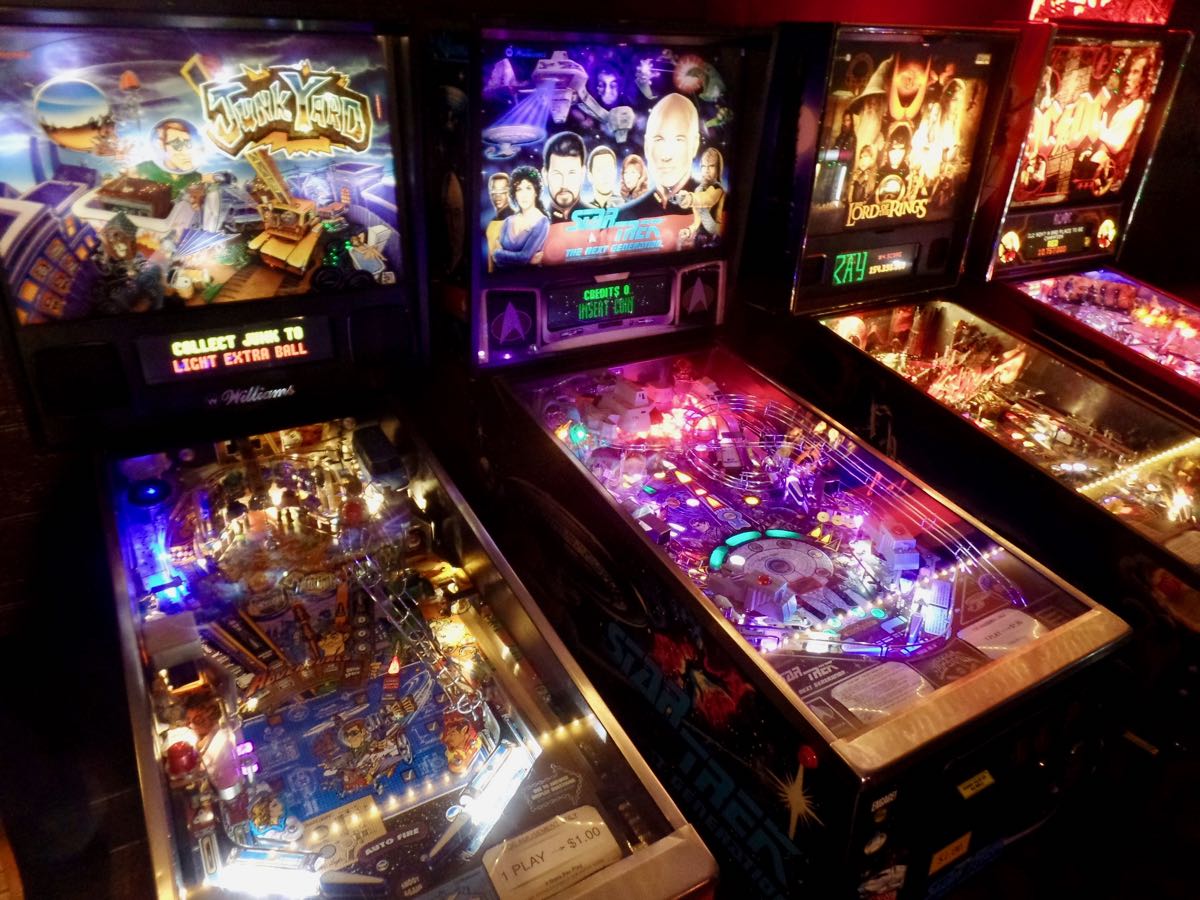 Junk Yard and Lord of the Rings would be two of the tables for our pin-golf tournament. 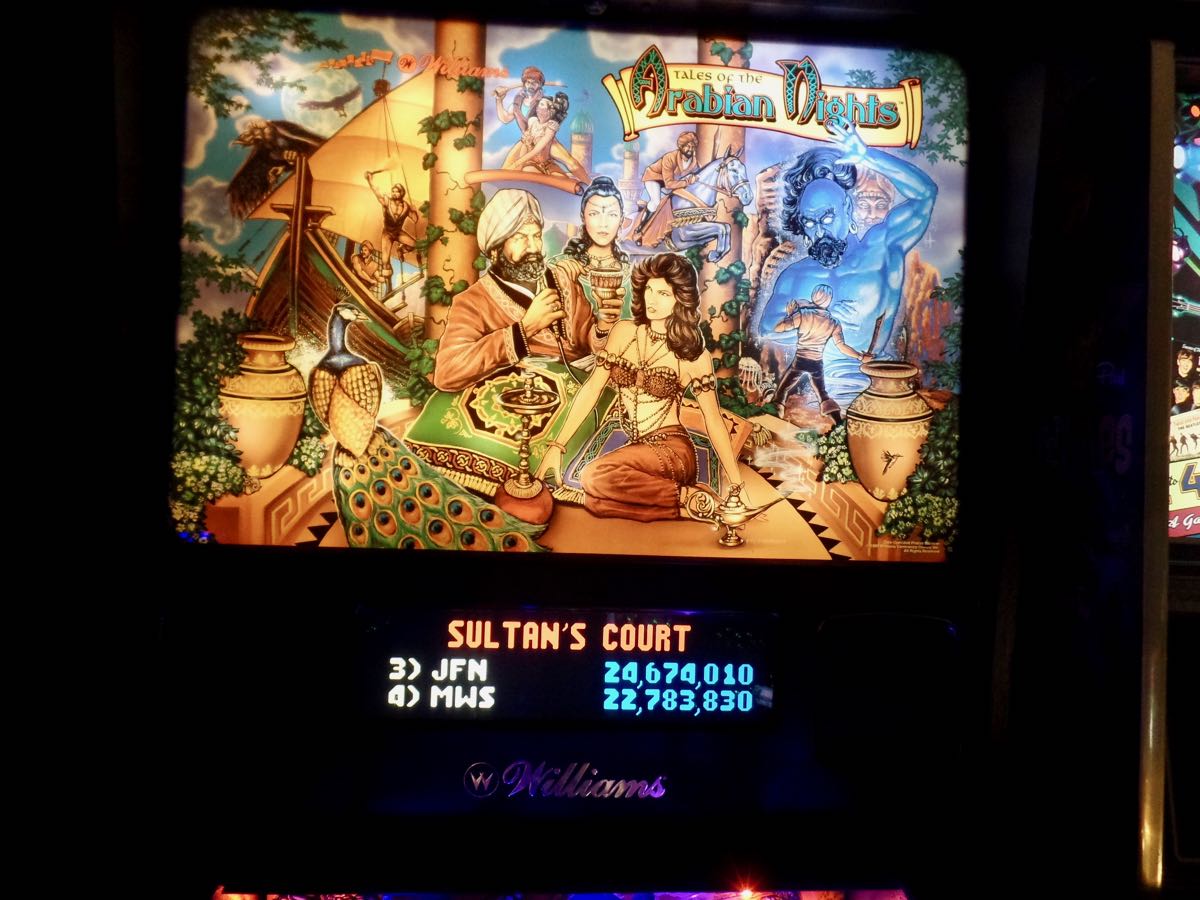 And then while testing out objectives? Yeah, put up a name on the high score table. It did a lot to help me feel that oh, maybe the transition from the gentle, supportive, easy play of virtual pinball back to the harshness of the real thing might not be bad. 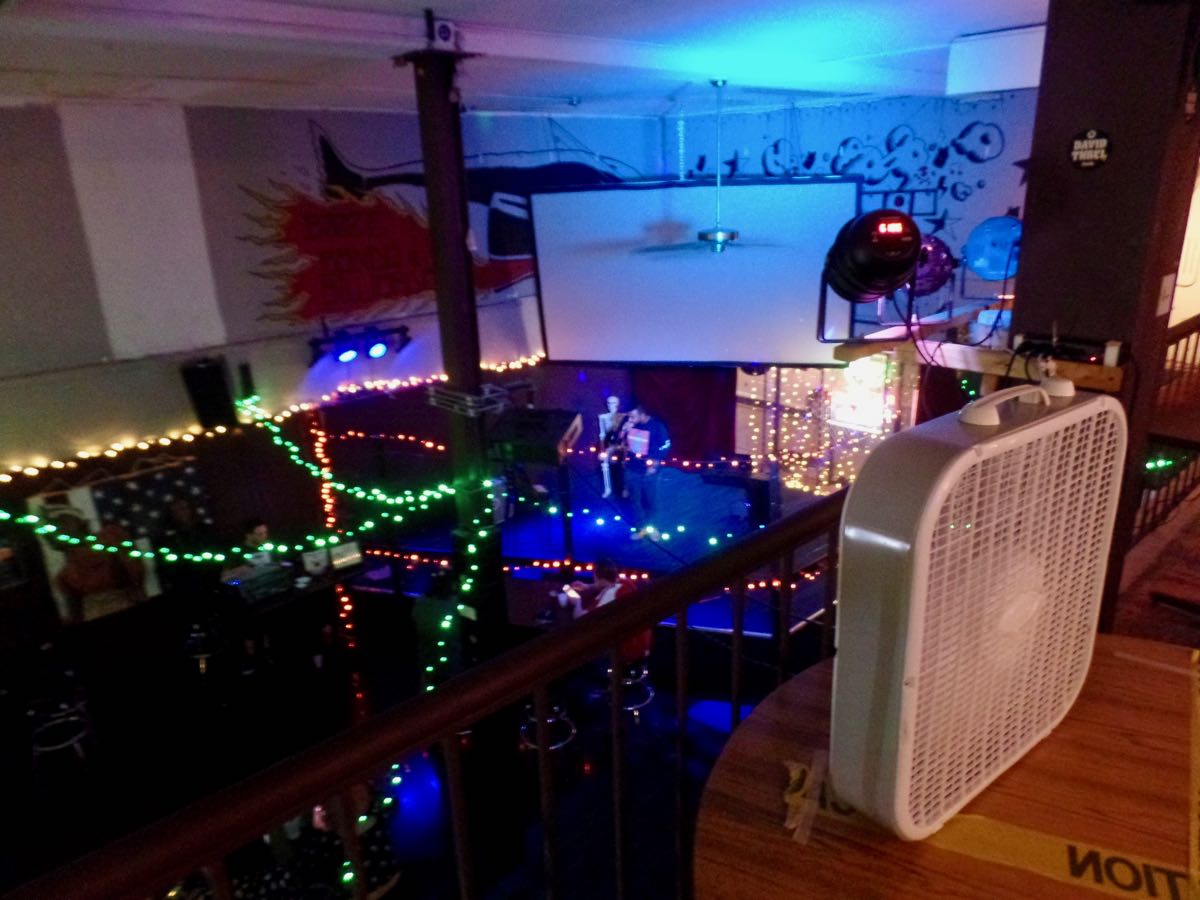 Monday nights are karaoke nights! Look at those folks down there, kara'ing.