Is my humor blog still going on? It sure is. Is it getting to a weird stretch of Popeye cartoons? Yes, but the weird stretch hasn't really caught hold yet. Soon, don't worry. Recently posted have been:

And now let's spoil tomorrow's journal entry with photographs of what was at Michigan's Adventure on Monday and what all we got up to! Or tried to get up to, because a lot of things weren't going right. 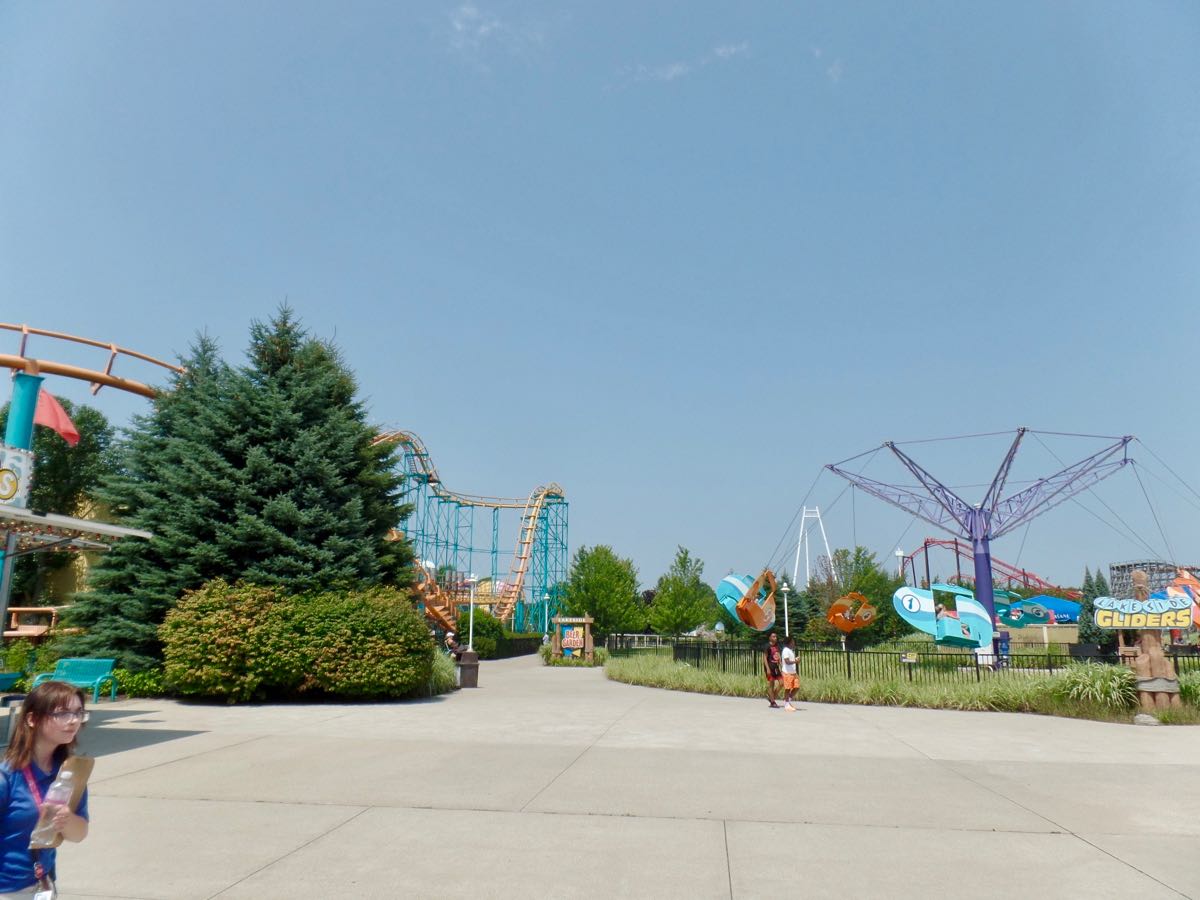 Michigan's Adventure doesn't really have a solid midway, but the roller coaster on the left, Corkscrew, is the park's oldest and is kind of the piece that marked its change from a petting-zoo to an amusement park. The Lakeside Gliders on the ride are its most recent major adult ride addition, which was in 2015(?). 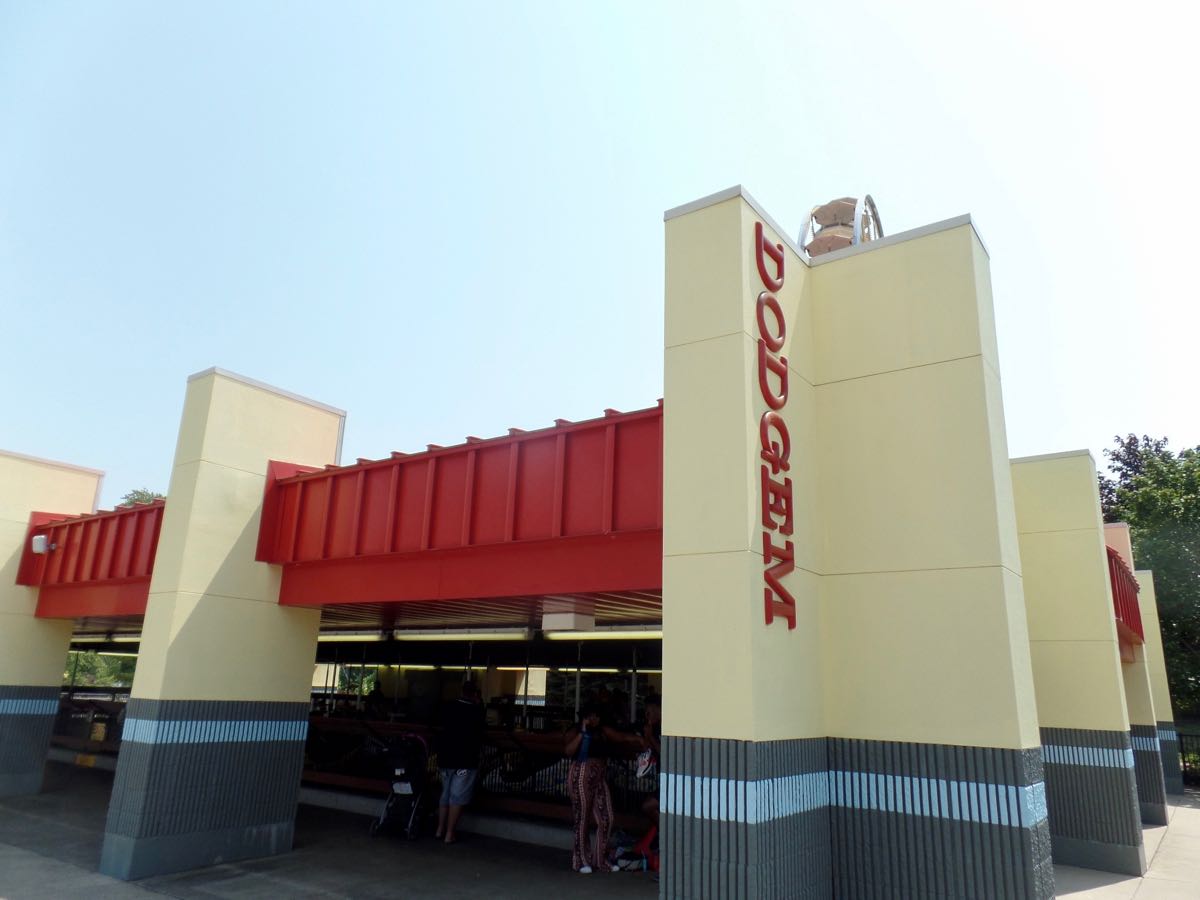 Dodgem is a ride inherited from Cedar Point shortly after that park bought out this one. They replaced the cars two or three years ago, though, so there's nothing really substantial that

bunny_hugger could feel was still a piece of old Cedar Point here. 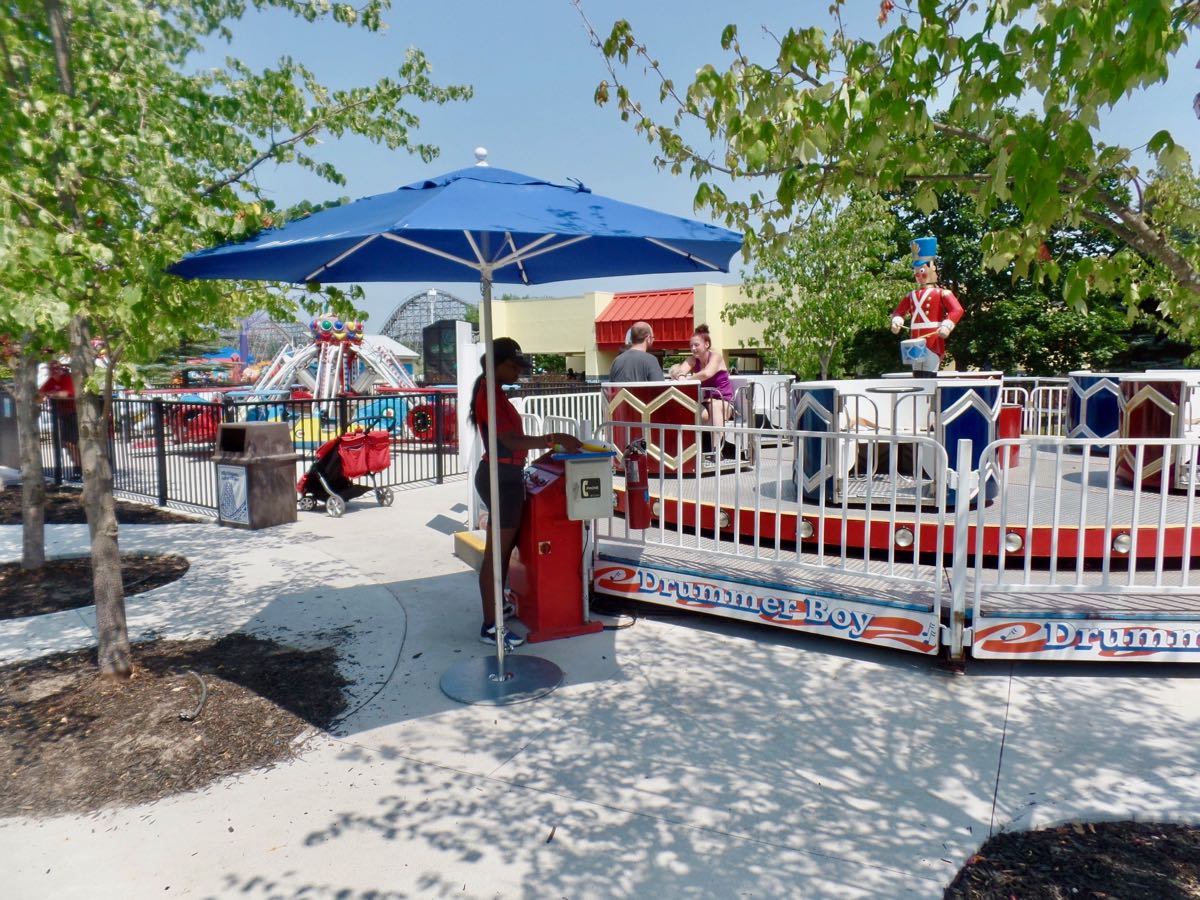 Little Drummer Boy is one of the rides we had assumed was ancient, since they looked it. They only came to Michigan's Adventure in 1995, turns out, although the ride might be older than that. The ride used to be near the carousel, but it was relocated to this spot, near the Mad Mouse, in the park's big expansion for 2020, the Camp Snoopy children's area. 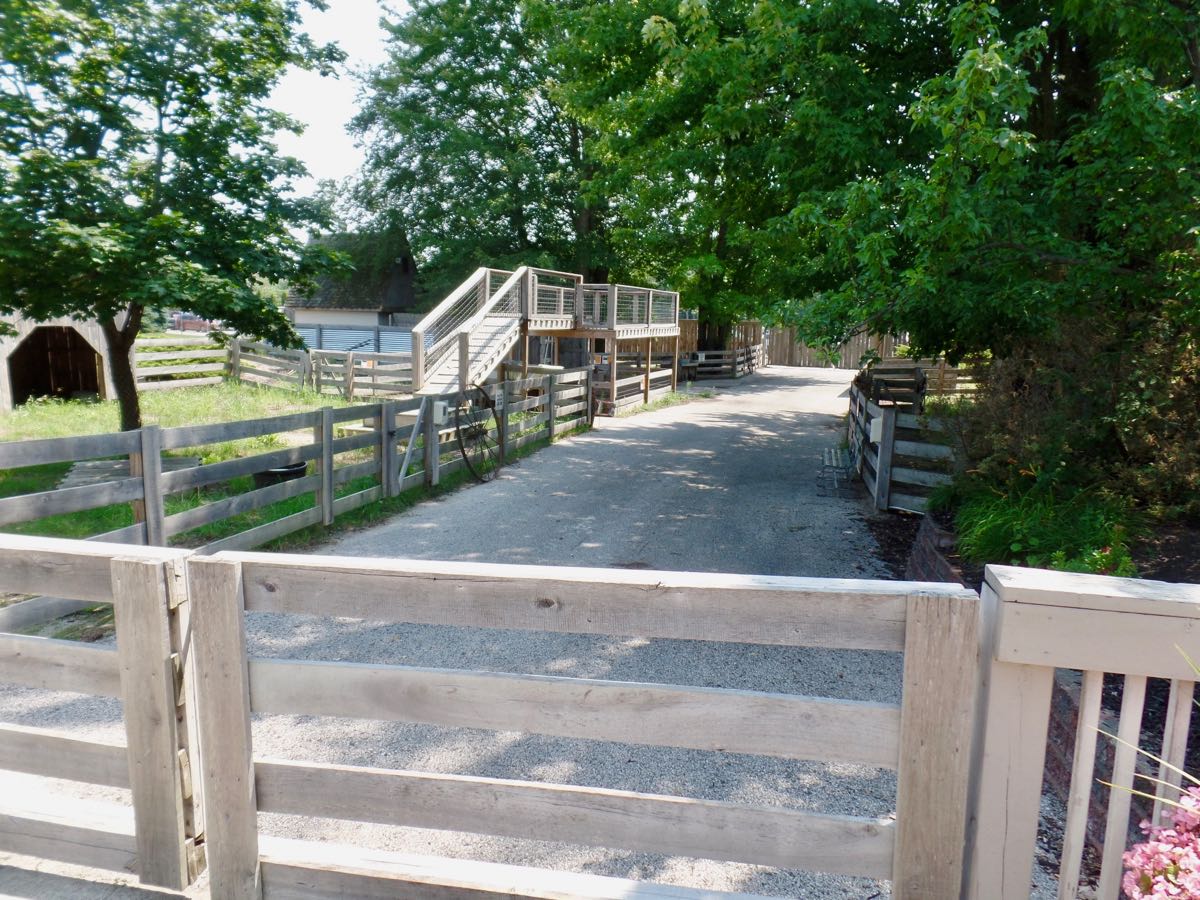 The petting zoo! At least the location for it. Not a trace of animals there and we don't know whether it's absent for the pandemic or whether they've given up on the petting zoo. 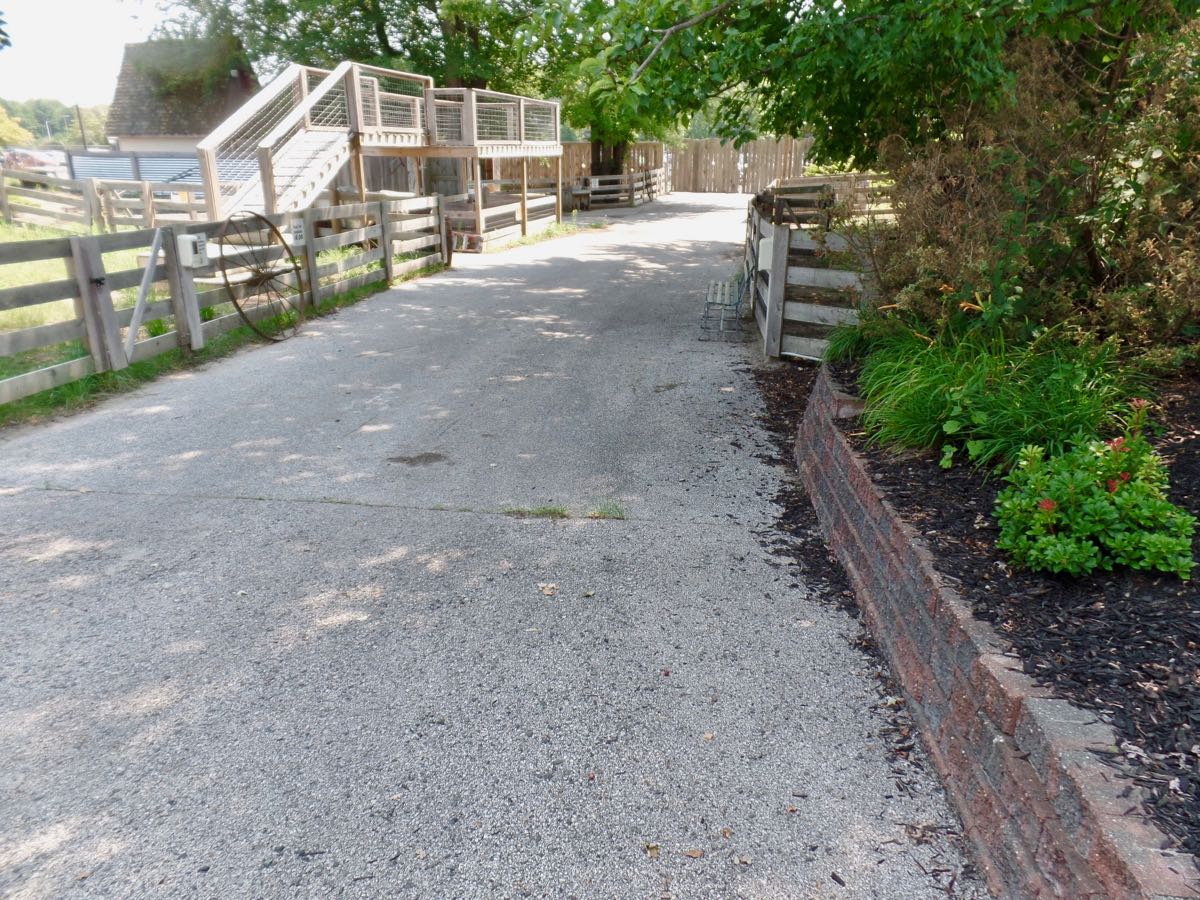 It's a shame the area was closed off because this is about as shady and tree-lined as the park gets. 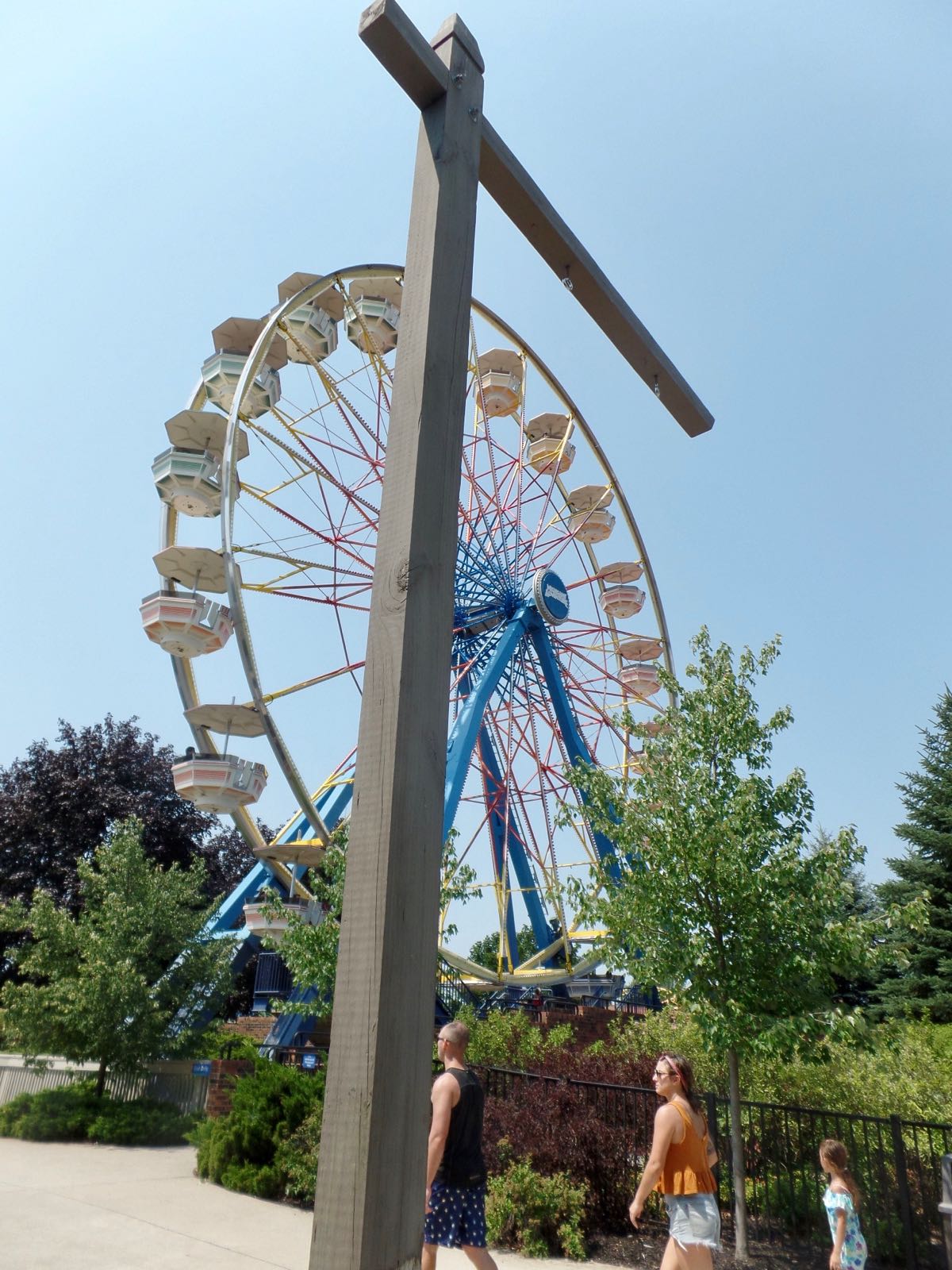 The park's Ferris Wheel, framed by the empty post that should hold the petting zoo's name and hours of operation. 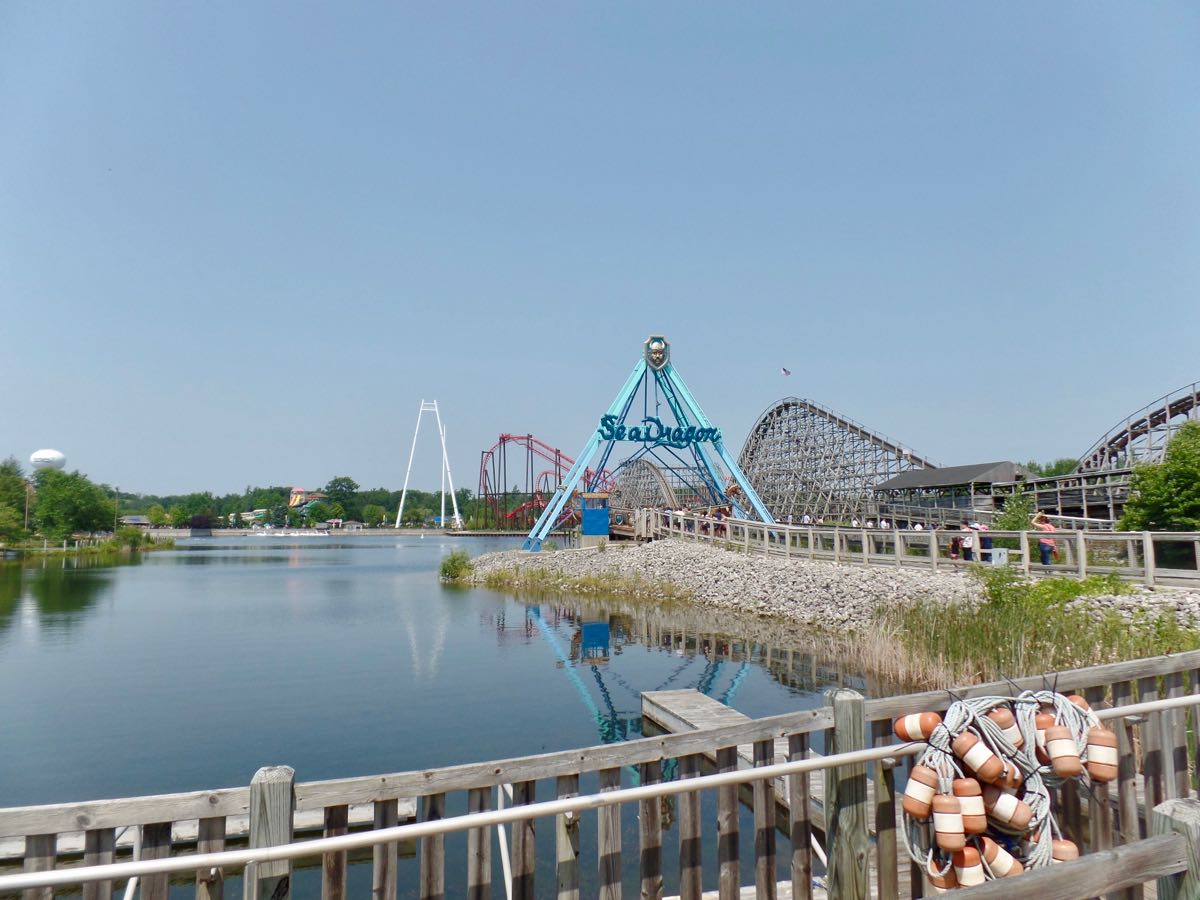 The lagoon, with the Sea Dragon rocking-ship ride and the Wolverine Wildcat roller coaster on the right and Thunderhawk in the distance. And ... wait a minute. Computer, enhance. 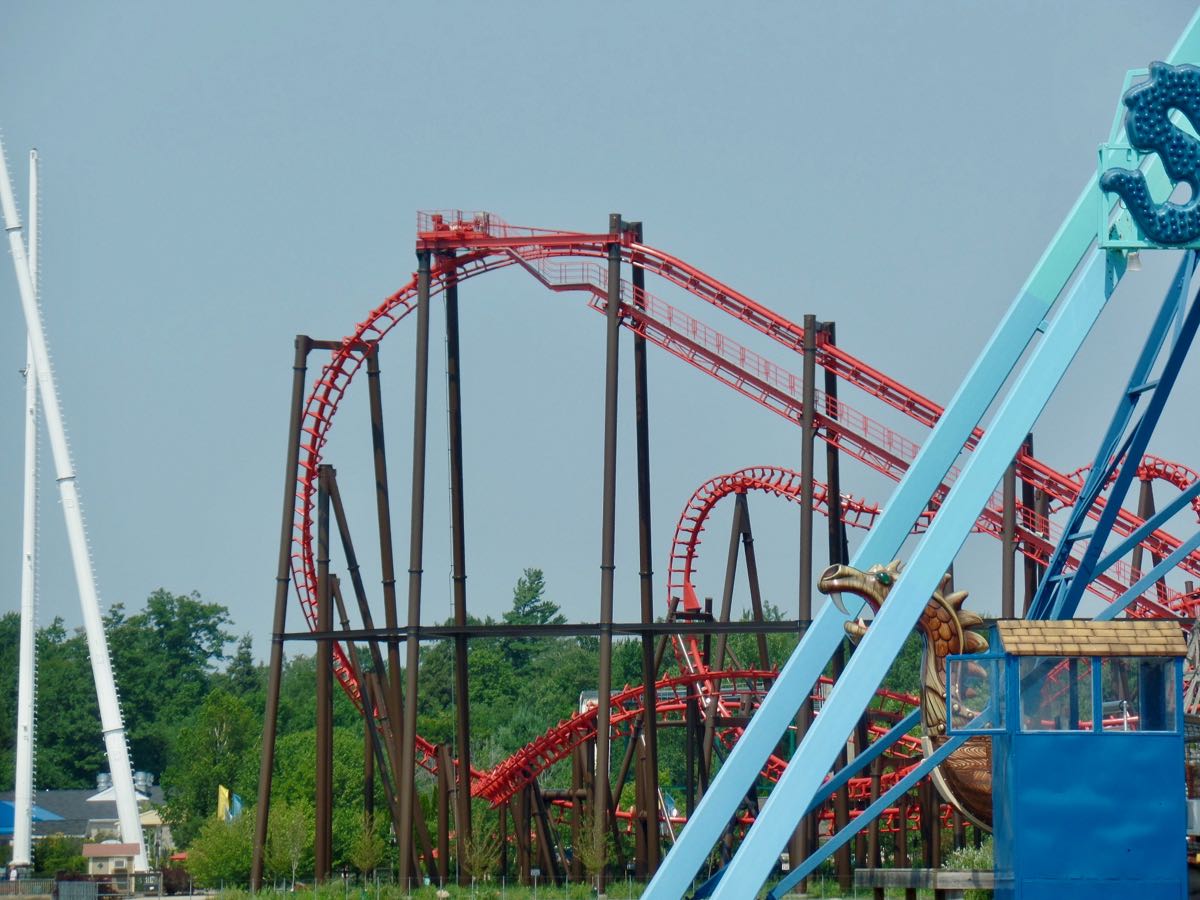 Thunderhawk is red! It got repainted over the hiatus, in a bright red that makes it stand out quite nicely. The brown supports are maybe questionable but it does give them them a hue close to that of tree trunks, which works. It can't have changed the ride any, we suppose, but it's a great look. 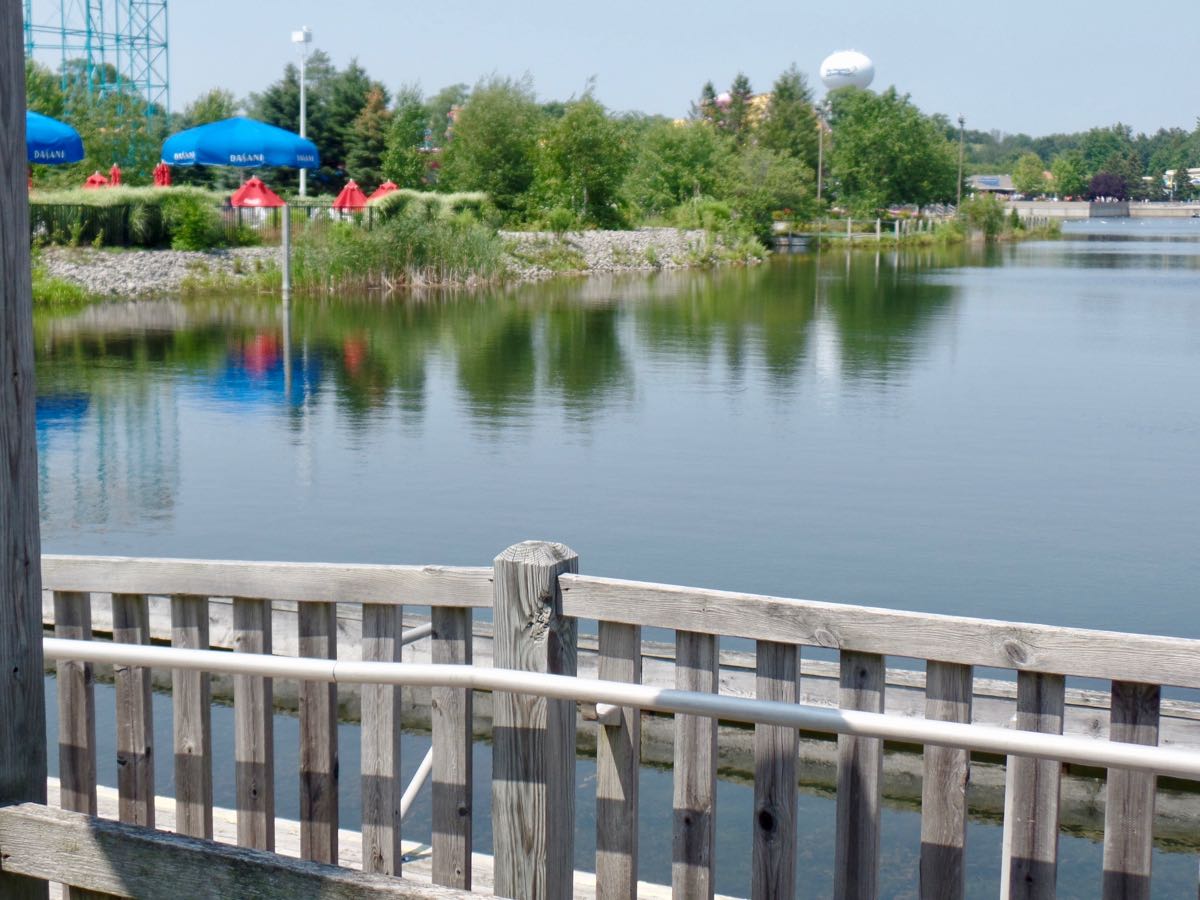 And here's the western shoreline of the lagoon. Bumper boats were not running, and didn't look like they'd been going all season. Possibly a staffing issue, as it's been hard to get people at every park. The swan boats on the other side of the park were running and maybe they figured those were the better use of personnel. Or maybe they trade off.

Trivia: Two hours after Apollo 15 landed, the cabin depressurized and Commander Dave Scott opened the top hatch of the Lunar Module, for a ``stand-up EVA'' lasting 33 minutes and 7 seconds, taking panoramic photographs of the area around the landing site. Source: Apollo By The Numbers: A Statistical Reference, Richard W Orloff. NASA SP-4029.