And now a fresh source of stress, or a possible solution to it all. My Dad has some Friends. They're looking to buy a new car and are tentatively happy to sell me their old for a song. It's even a hybrid, just like I was hoping for. Things are ...

First. It's a 15-year-old car. And a Toyota Highlander Hybrid. That is, it's an SUV. Like, it's so big that even as a hybrid it about the same miles per gallon my Scion tC did. I don't want a hybrid for the sake of a hybrid; I want it so I can use less gas. If this is a first-generation Highlander Hybrid then it's also --- from what I can tell -- the most problem-prone of the line, although I would think my Dad and his Friends would be upfront about any significant problem history it had.

Also, well, my Dad's found nice cheap cars for me before and, like, the last one was two years of such regular unexpected unscheduled maintenance issues that I went to the dealer and bought car with eight miles on it so I would not have to deal with anything ever again. On the other hand, I'm better able to afford --- in money and time --- maintenance issues. If I'm gathering this right, like, even if I had to spend three thousand dollars on repairs on top of what I'd pay for the car, plus a flight to Charleston and driving it back to Lansing, I'd still come out ahead on my insurance payout.

Which is not a negligible concern; being able to kick the buy-a-real-replacement-car down the road three to five years would be something of value. (Especially given the overheated market for used cars right now, likely to abate by 2025.) But, jeez, why couldn't it be someone with a ten-year-old Prius that's at 110,000 miles, something I could trust? (And, it happens, I can find a cluster of what seem like under-priced Priuses, although all in Ann Arbor or, for some reason, Battle Creek. Might need to make a weekend of this.)

SiriusXM, aware of my recent ``car service'', sent an offer of a three-month free trial subscription. Well, I would like to get the Beatles Channel but ...

Let me continue the photo tour of our day at Cedar Point. It took some twists, as we paid last and first respects to Wicked Twister. 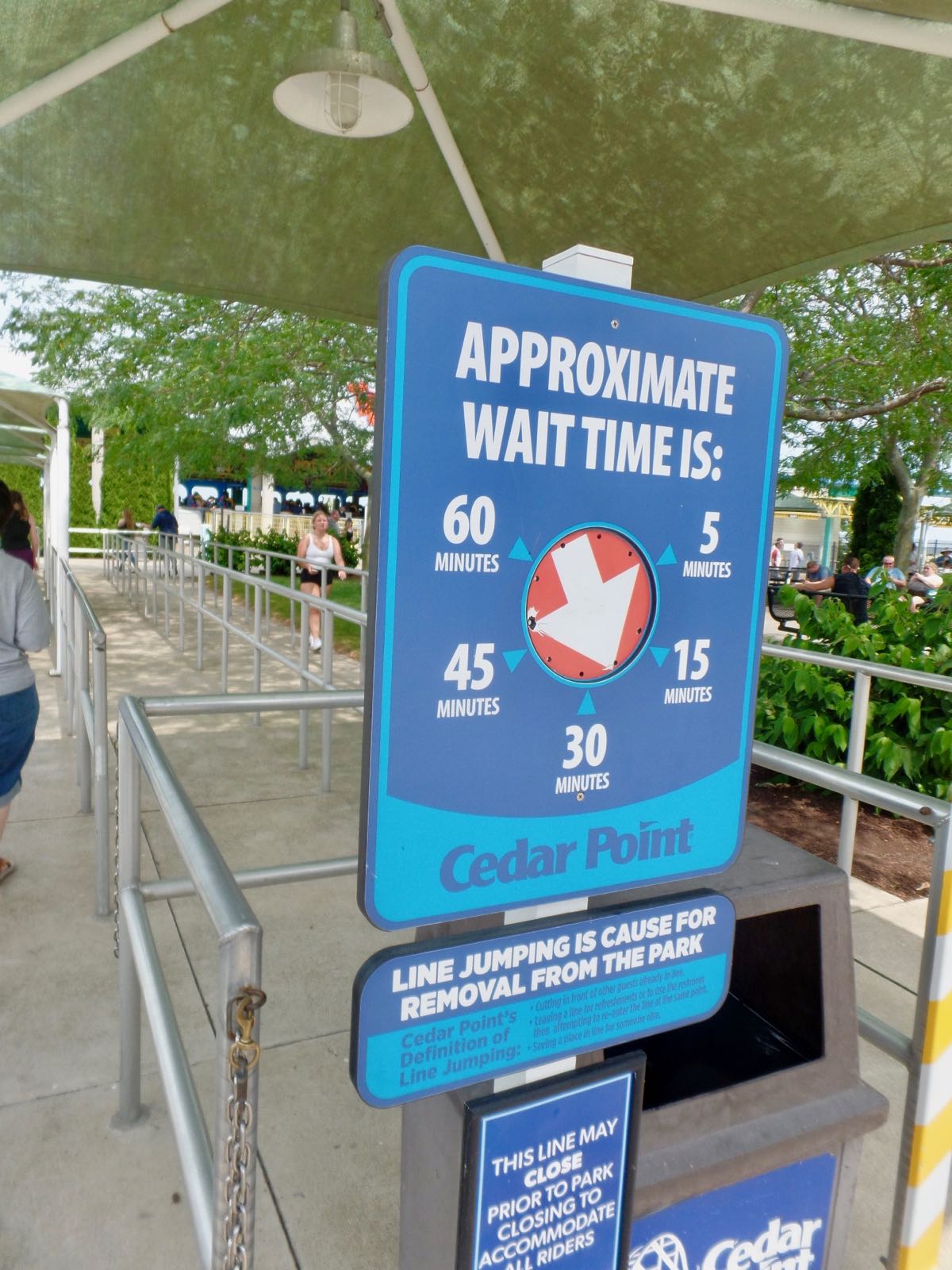 Wicked Twister suffered from a general lack of respect. Even here, after the general announcement that the ride had less than a month left, the wait time was still a quite modest 20 minutes or so. 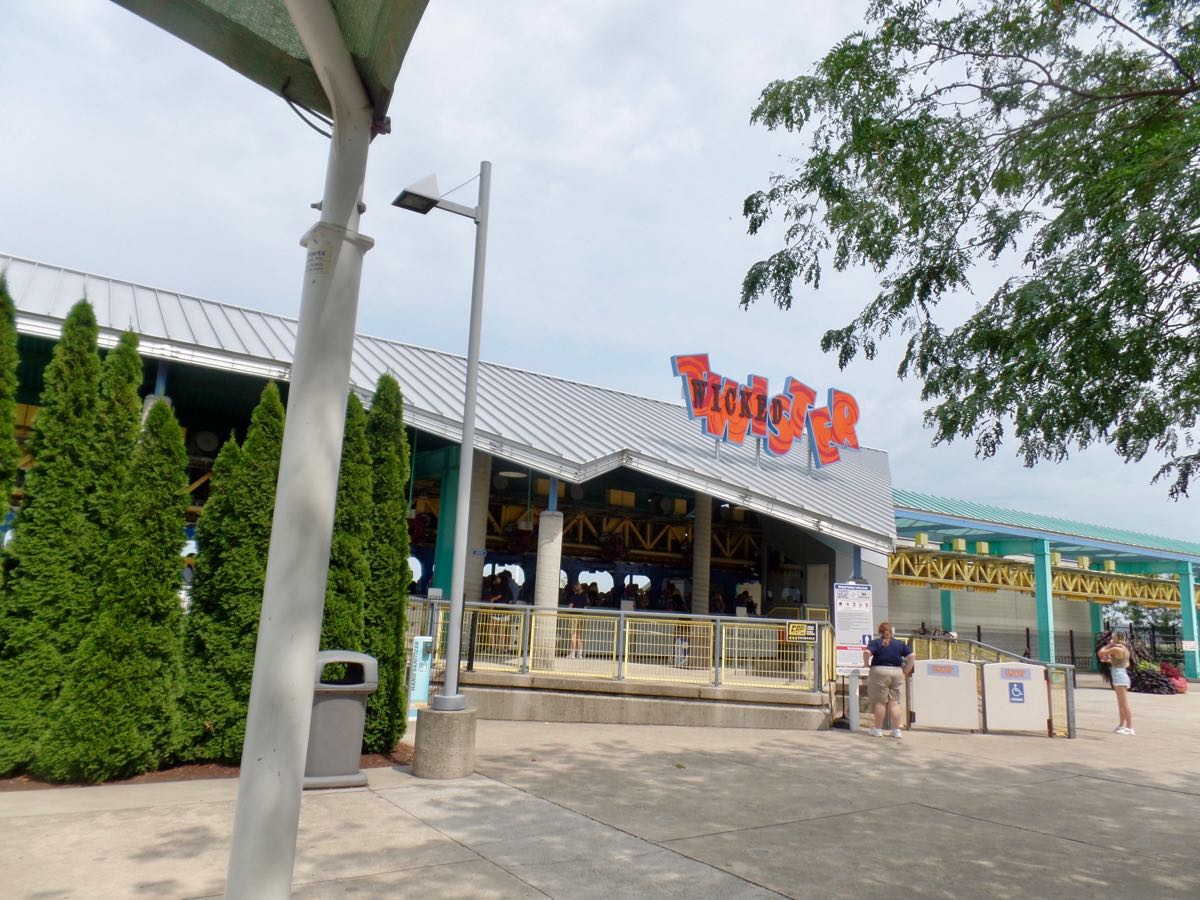 Wicked Twister's station, and pretty nice logo, even if it's all slightly obscured by the trees. Even when there's nothing in the way the ride somehow hid behind itself. 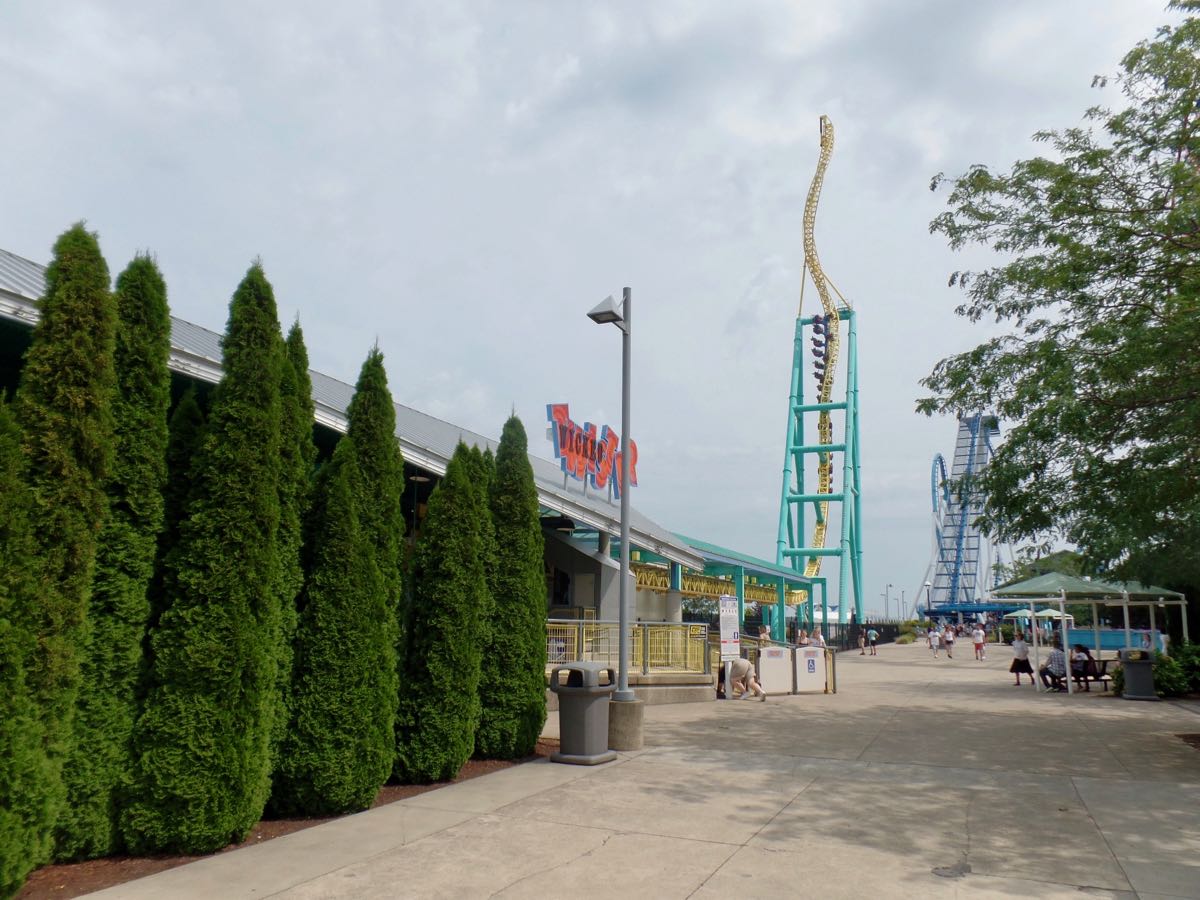 There's the station and one of the two towers of this shuttle coaster. You can see the train rising the forward hill. 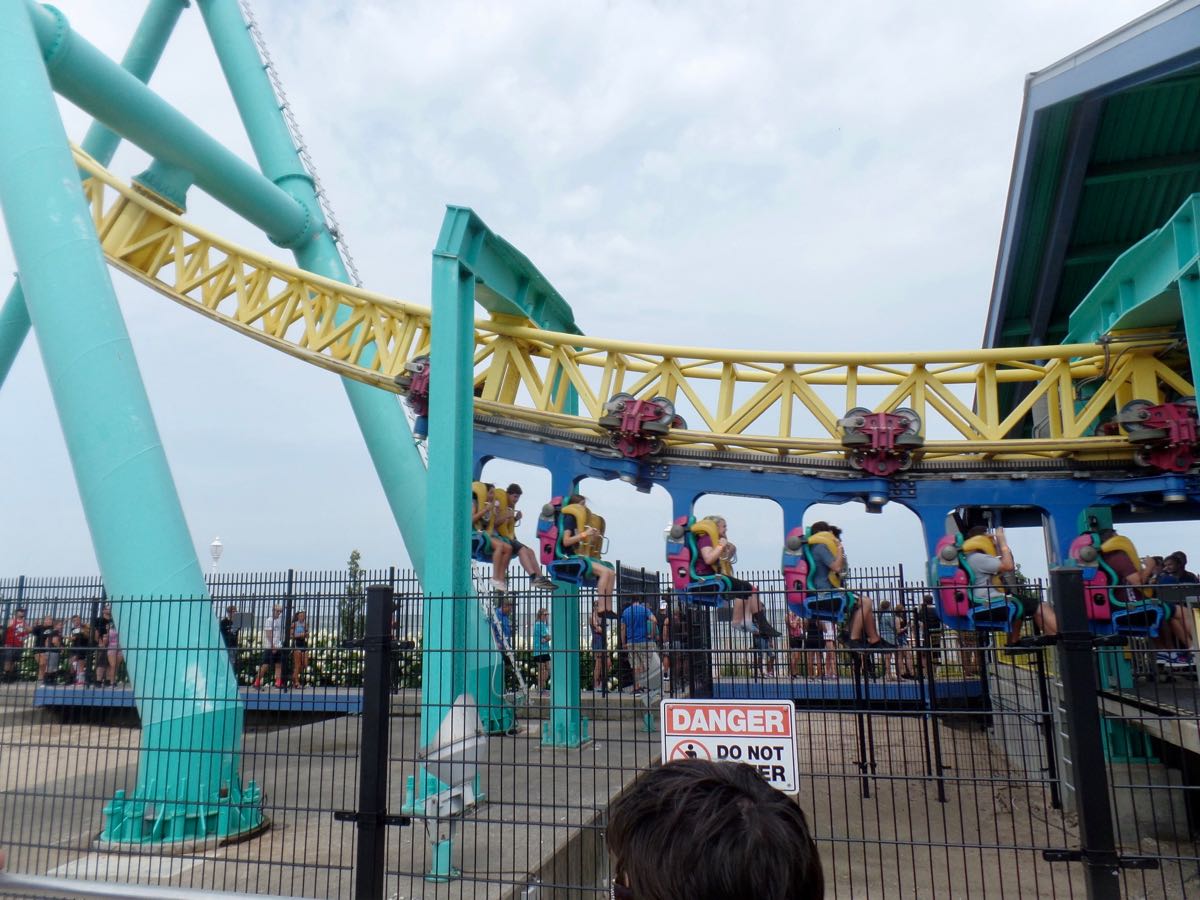 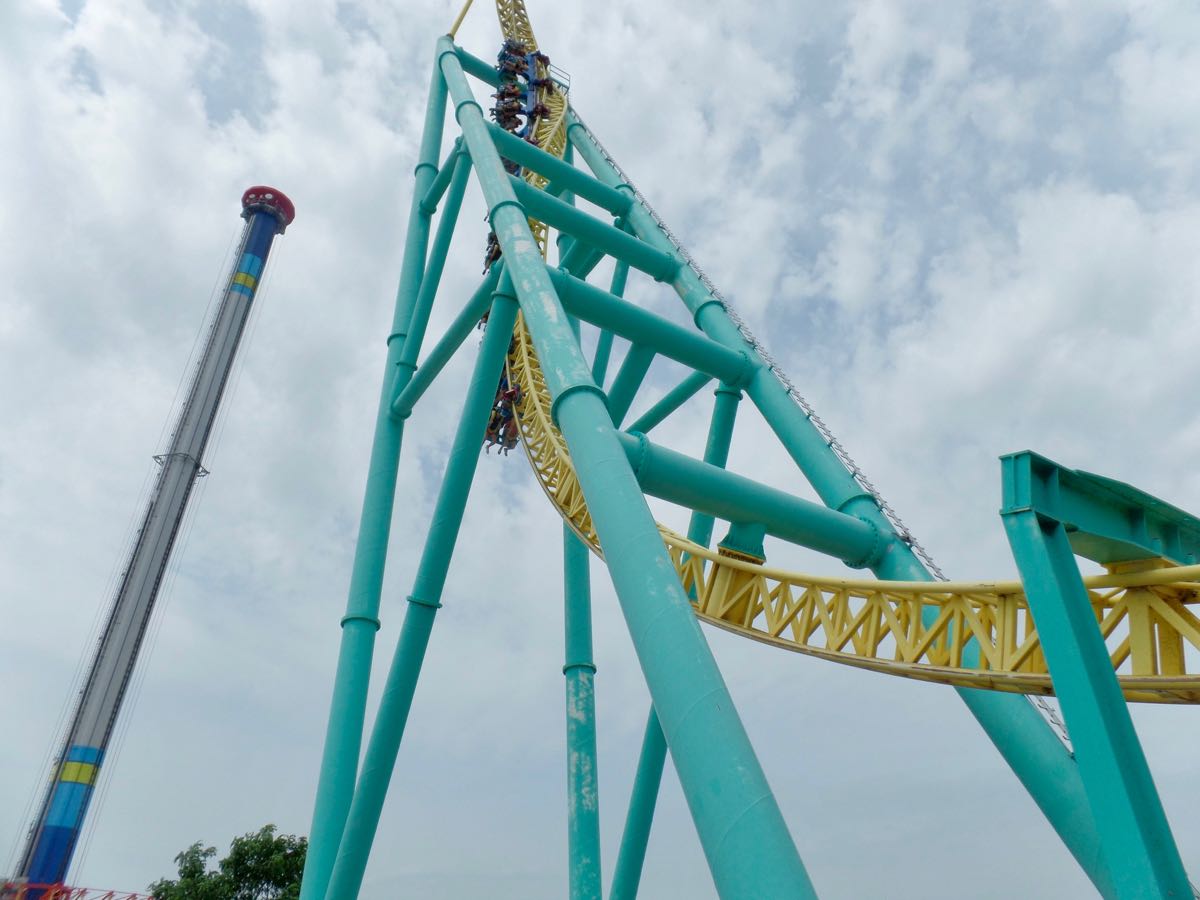 And here's the train near the top of the backward hill, seen in front of Windseeker, which was closed for weather as is traditional. 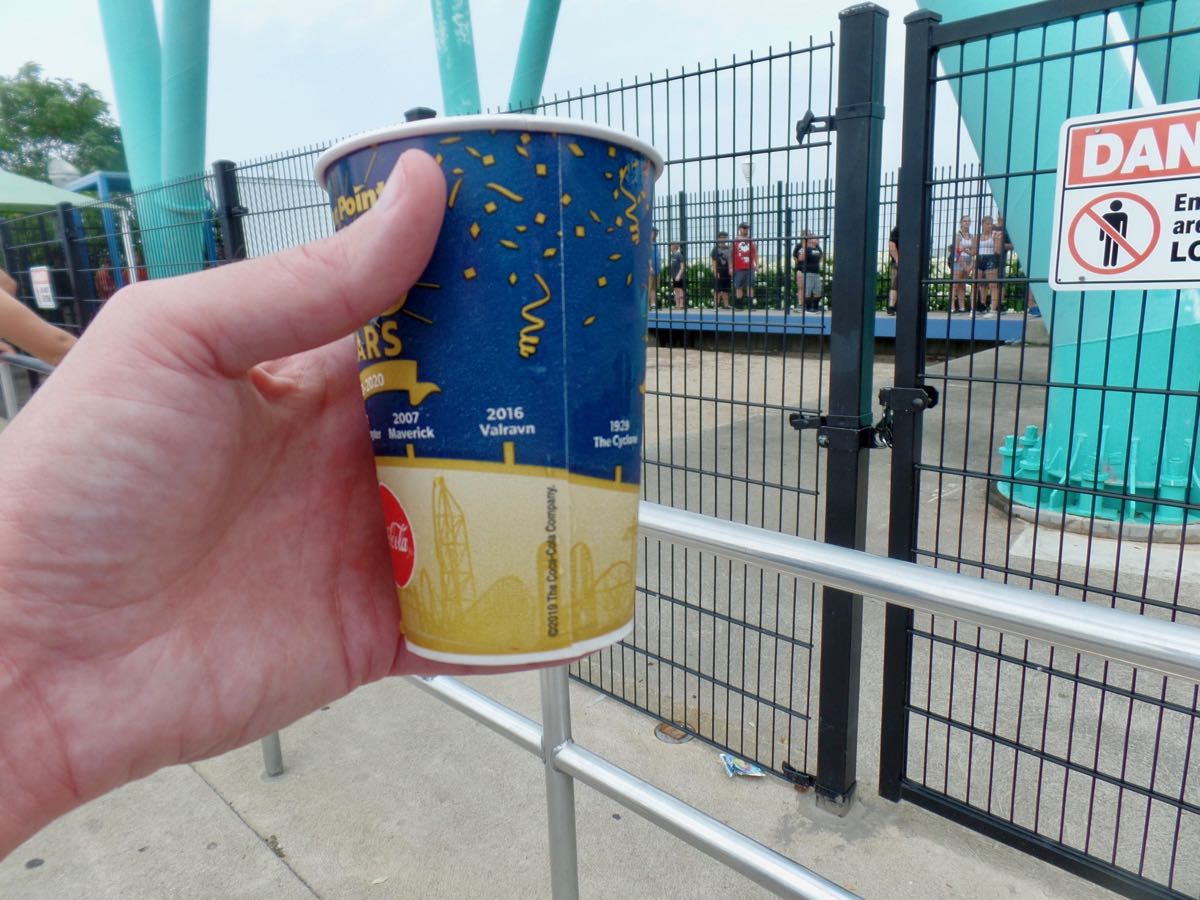 Oh yeah, Cedar Point still had the sesquicentennial cups with the various notes of points in roller coaster history. Wicked Twister wasn't on the cups we got, but the design does force us to suppose, for example, that 2016's ValRavn was part of a decline. (It's hard to dispute that 2007's Maverick was a high point.)

Trivia: The seventh month in the Ancient Egyptian calendar was Pharmouti. Source: Source: Mapping Time: The Calendar and its History, EG Richards. </p>