Started the day thinking I would call the Michigan Secretary of State to find out why I can't get a replacement title for my Scion online. At the end of the phone tree I got to learn that their queue for in-person phone service was full, call again later. I tried again after lunch, and after a call with the local boss at work, and the queue was full again. And after that, you know, I just had no energy left to be productive the rest of the day, so there we have it. I did go out to the neighborhood grocery to buy cookies, as we were out of coffee-break snacks, and on the way back realized the weekly farmer's market two blocks away was open and I could buy lavender cookies there, at much less walking.

Wrote an e-mail to my father explaining why I don't think the 2006(?) Highlander Hybrid is a good idea and tried to back it up with some of the cars I have found for sale in the area. And I admit I'm tempted to just go buy a something so I can be done with this phase of my life but mostly, I feel tired. Not as wrecked as when I completely collapsed right after Sunshine's Cancelled Appointment, but, tired. You know what I want? Someone I can just say, ``Go buy me a car like this'' and they go take care of it. Why don't we have that?

Some more pictures from Cedar Point. I'll resume narrating the day properly when I have the energy to write five paragraphs together. 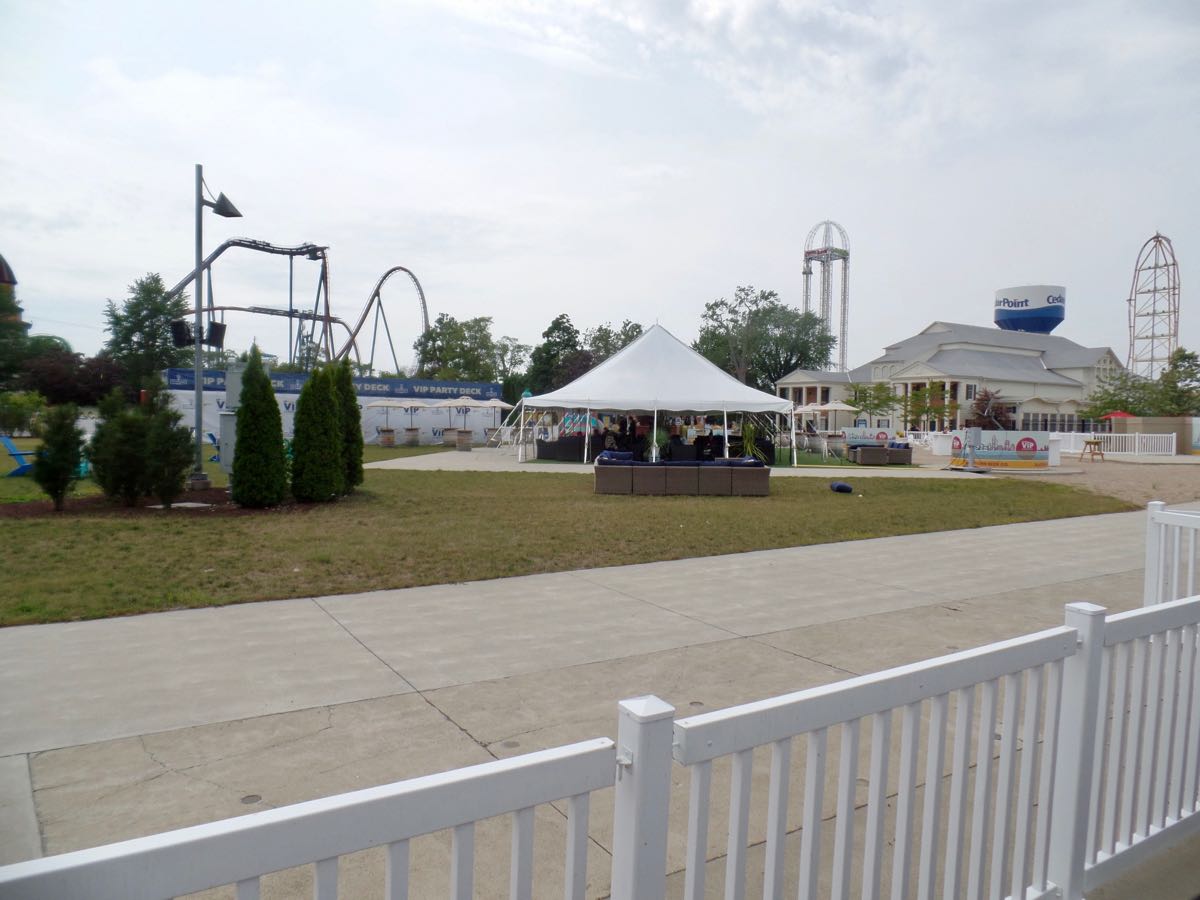 Looking out from Wicked Twister's queue at a small tent that's roughly where the Oceana Stadium, torn down two(?) years ago. It's where they used to have diving and, back in the 80s, dolphin shows, although that had ended by the time I ever visited the park . 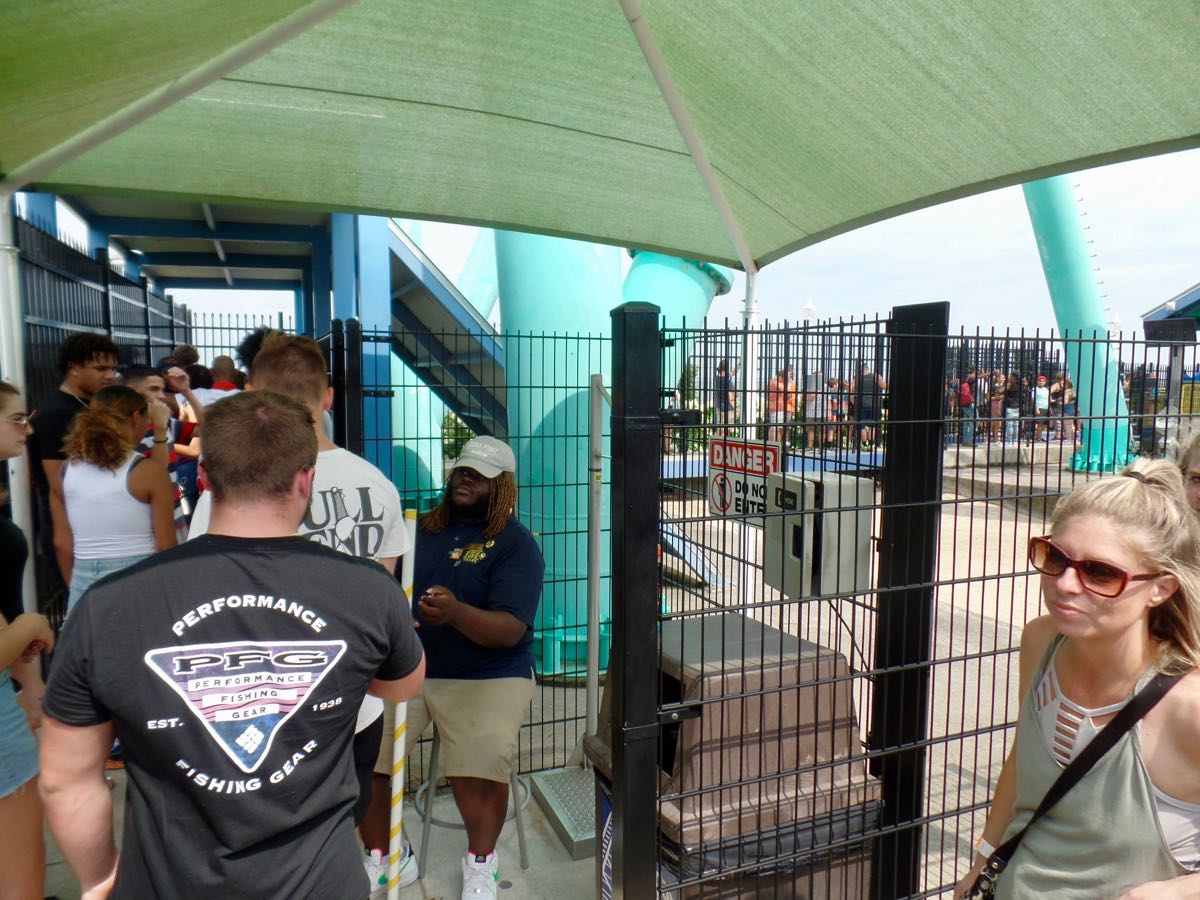 The spot where the Fast Pass queue (the woman on the right) joins the main queue (everybody else). Fast Pass didn't get you much on this ride. 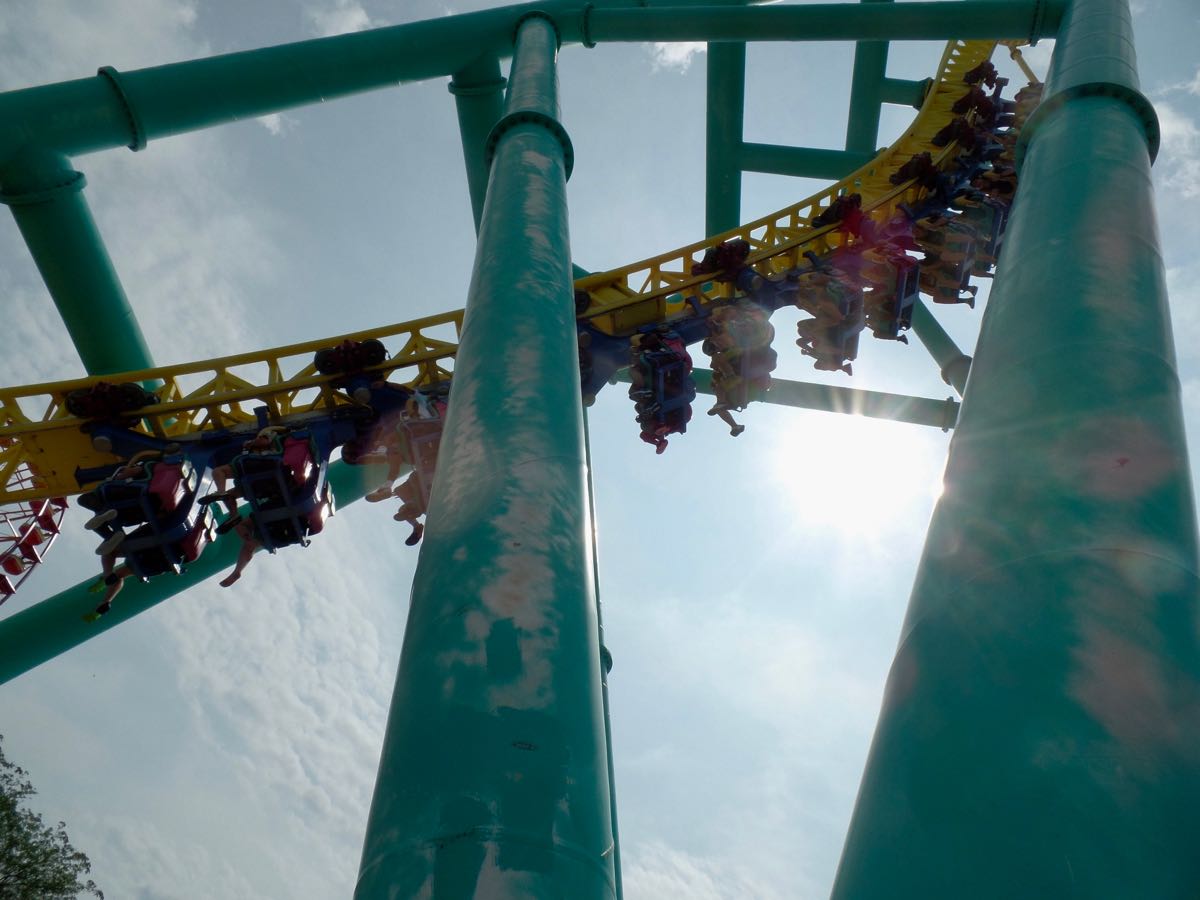 Looking up the descending hill, at a train headed ... one way or the other, at least. 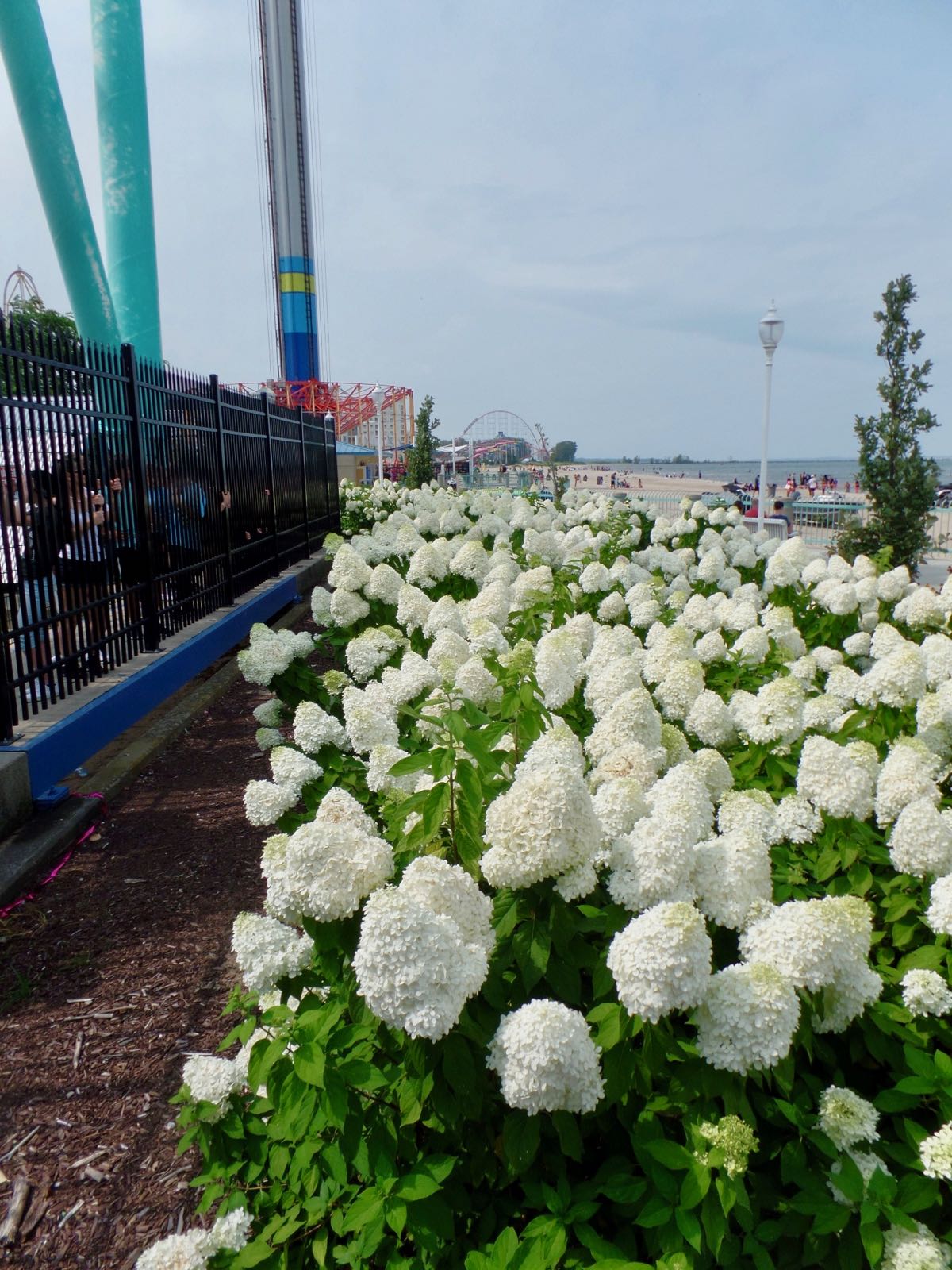 Looking out over the flowers and the shore, with the main body of Lake Erie to the right. 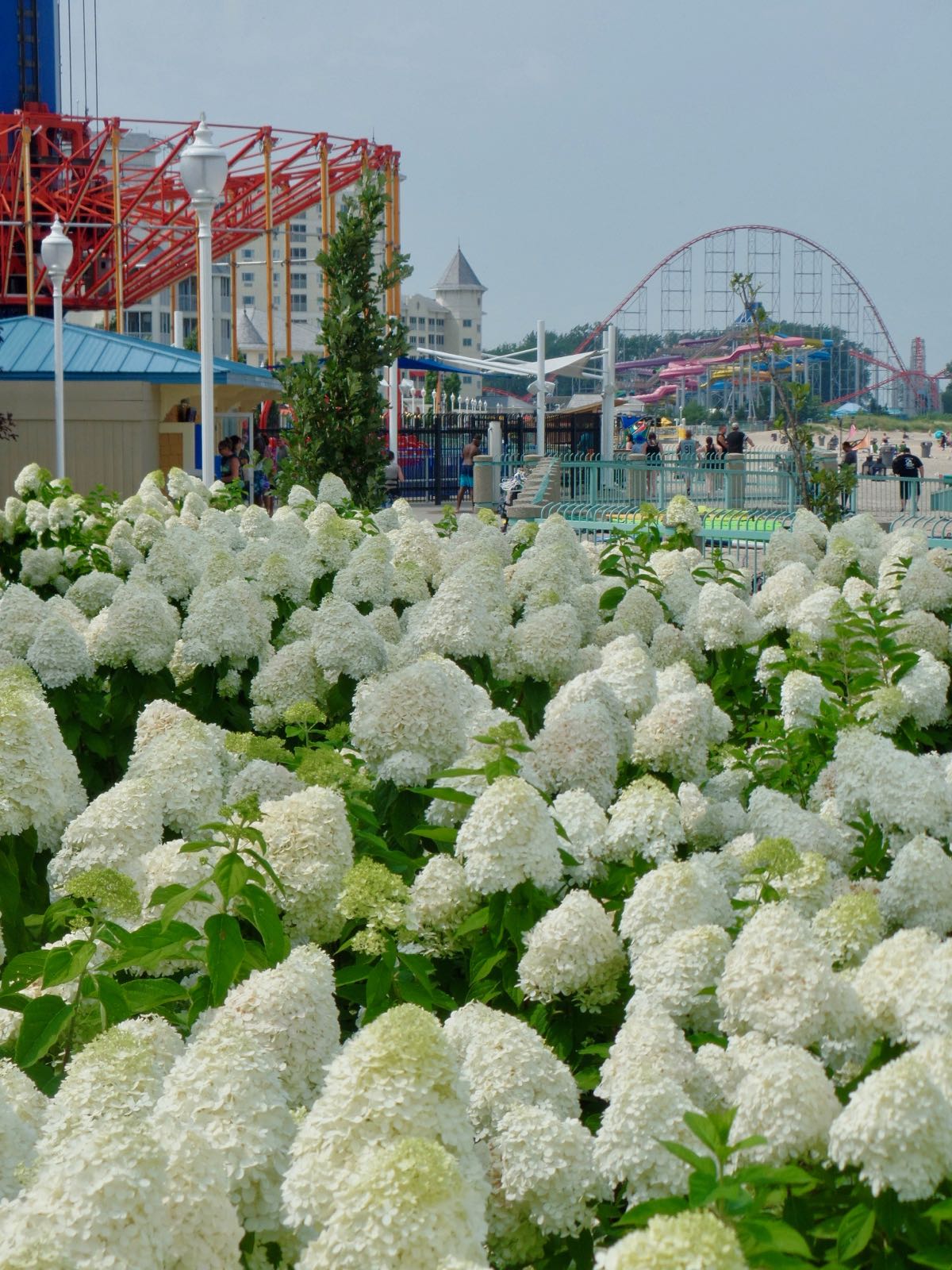 Focusing in a bit: a look at flowers, and Windseeker, the Hotel Breakers, and the water park and in the distance, the Magnum XL200 roller coaster. I like the way this picture comes together. Finally, this is a good picture. 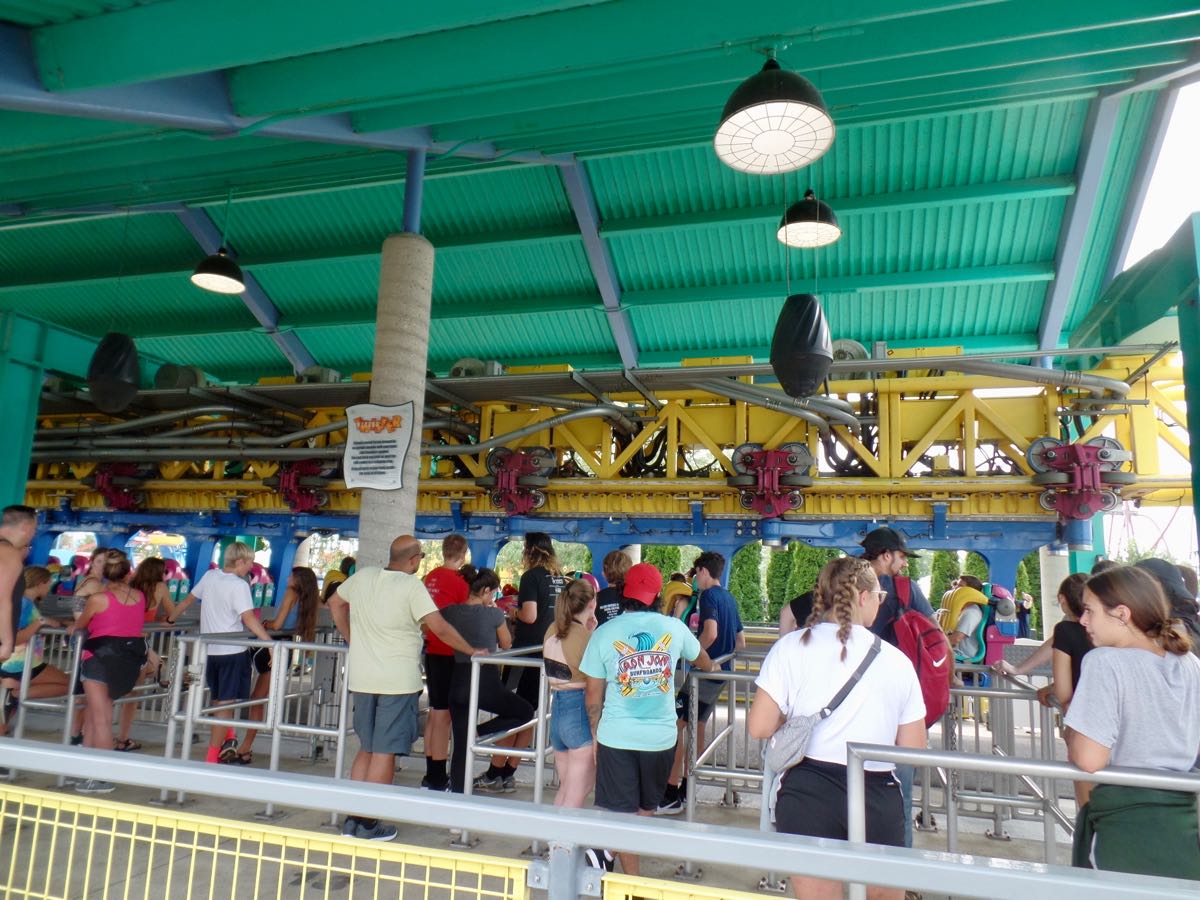 A good view of Wicked Twister's launch station. At least the rear of it.

Trivia: A&P opened the first meat counter in one of its stores in 1924, part of a move to ``combination stores'' that sold dry goods, fresh vegetables, meat, and poultry. Source: The Great A&P and the Struggle for Small Business in America, Marc Levinson.

PS: The 197th Carnival of Mathematics is published and I extend my streak of posts in which I write about how other people wrote things.