No story-telling today. Had an exhausting Zoom chat for work about setting up the new laptop that Corporate Overlord IT thinks is an important or useful way to spend our time and I lacked the energy to do anything afterwards. So here's some more pictures of Cedar Point from that rainy day that killed my car: 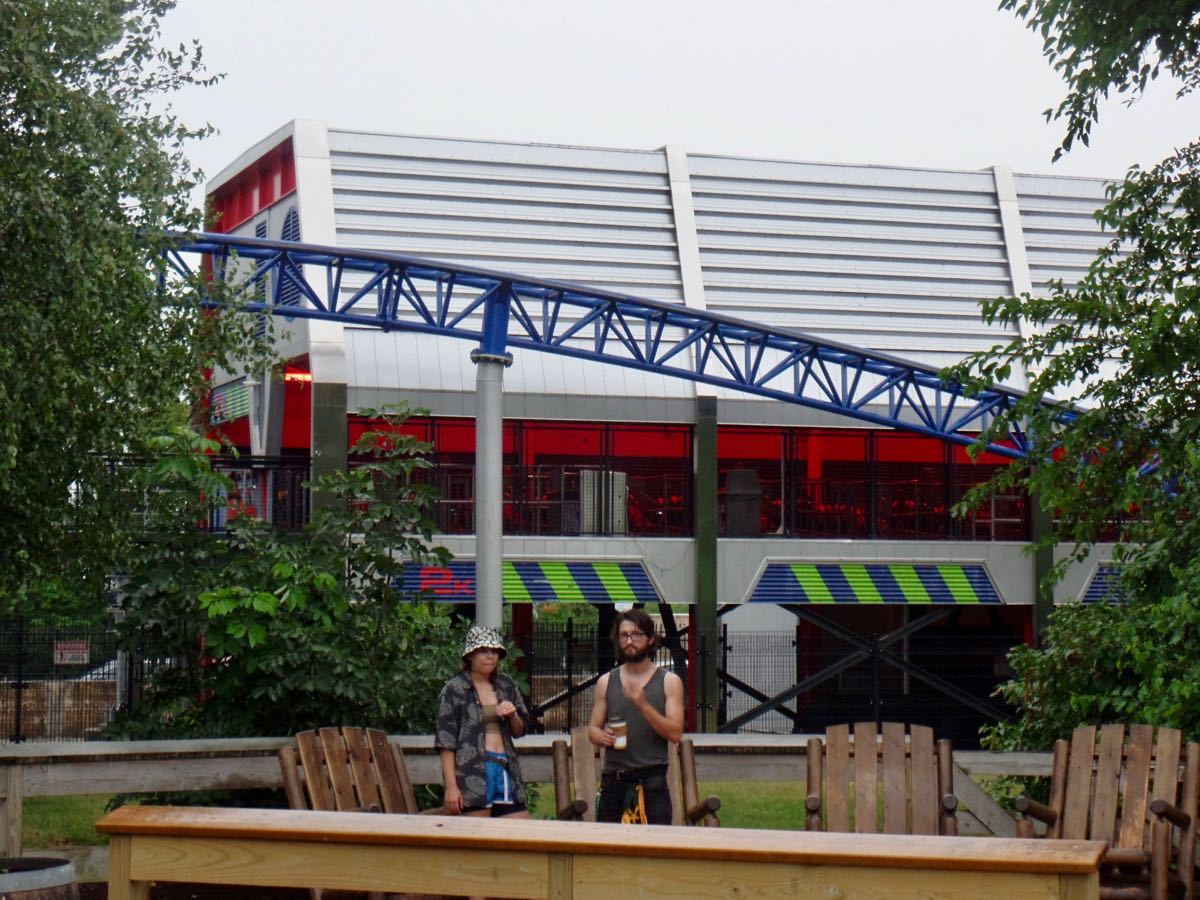 View of the Millennium Force launch station from the midway; I don't remember this being visible from this location before. I believe that area's a smoking zone, or at least used to be. I have the vague memory that the people there were interesting in some way but can't remember what it was. 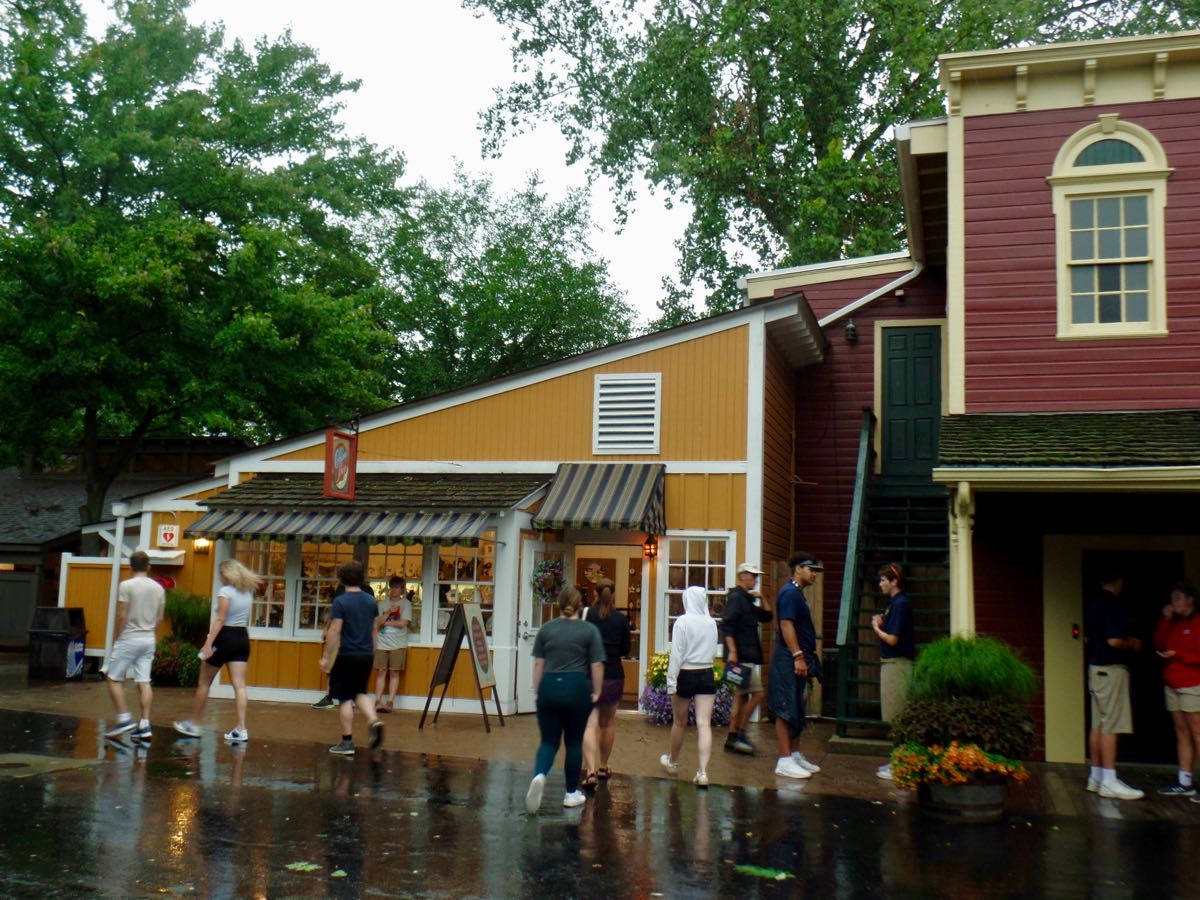 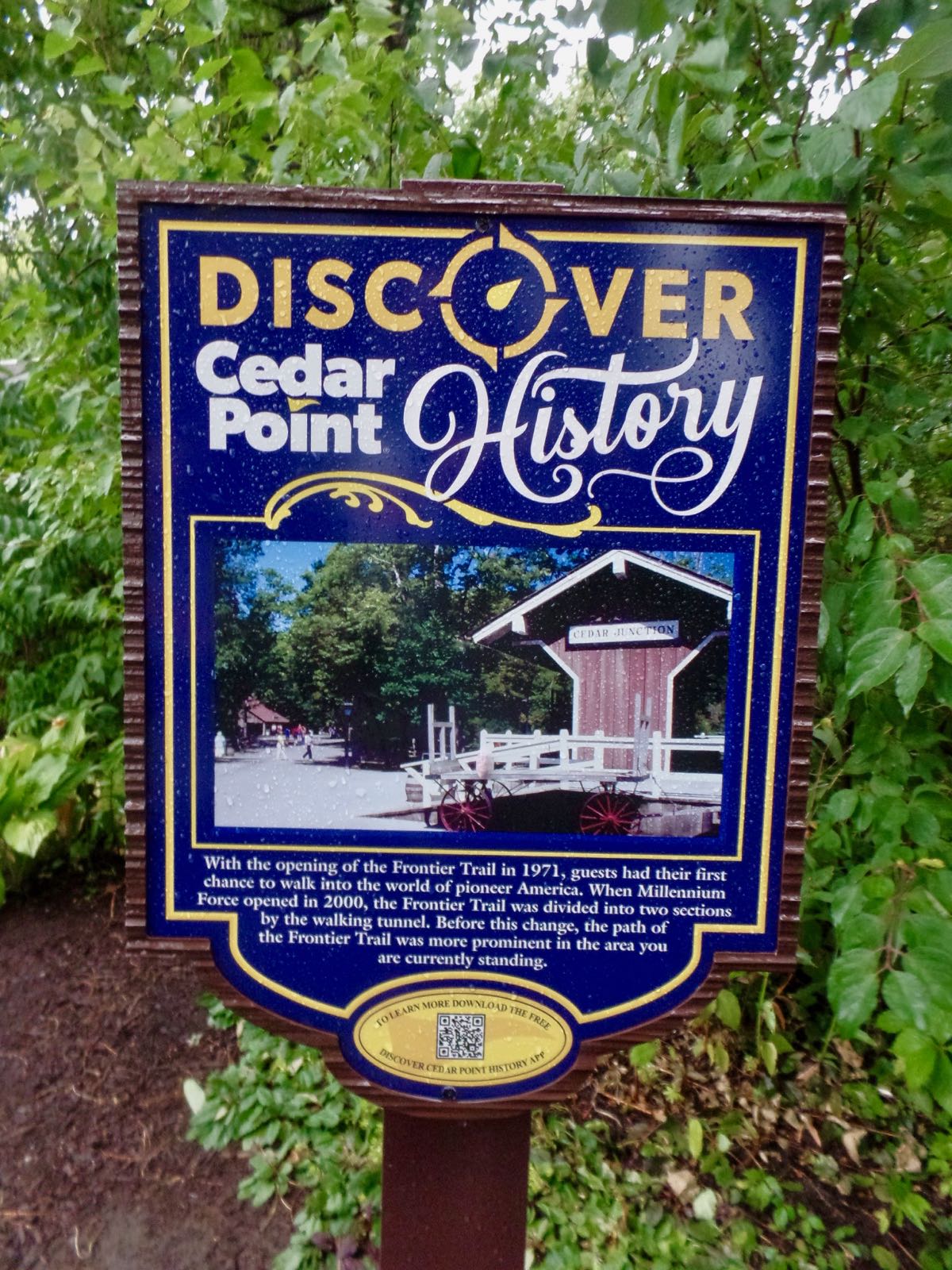 Historical plaque observing how the Frontier Trail got bisected by the building of Millennium Force and almost admitting how the part in front of the roller coaster is kind of withering away. 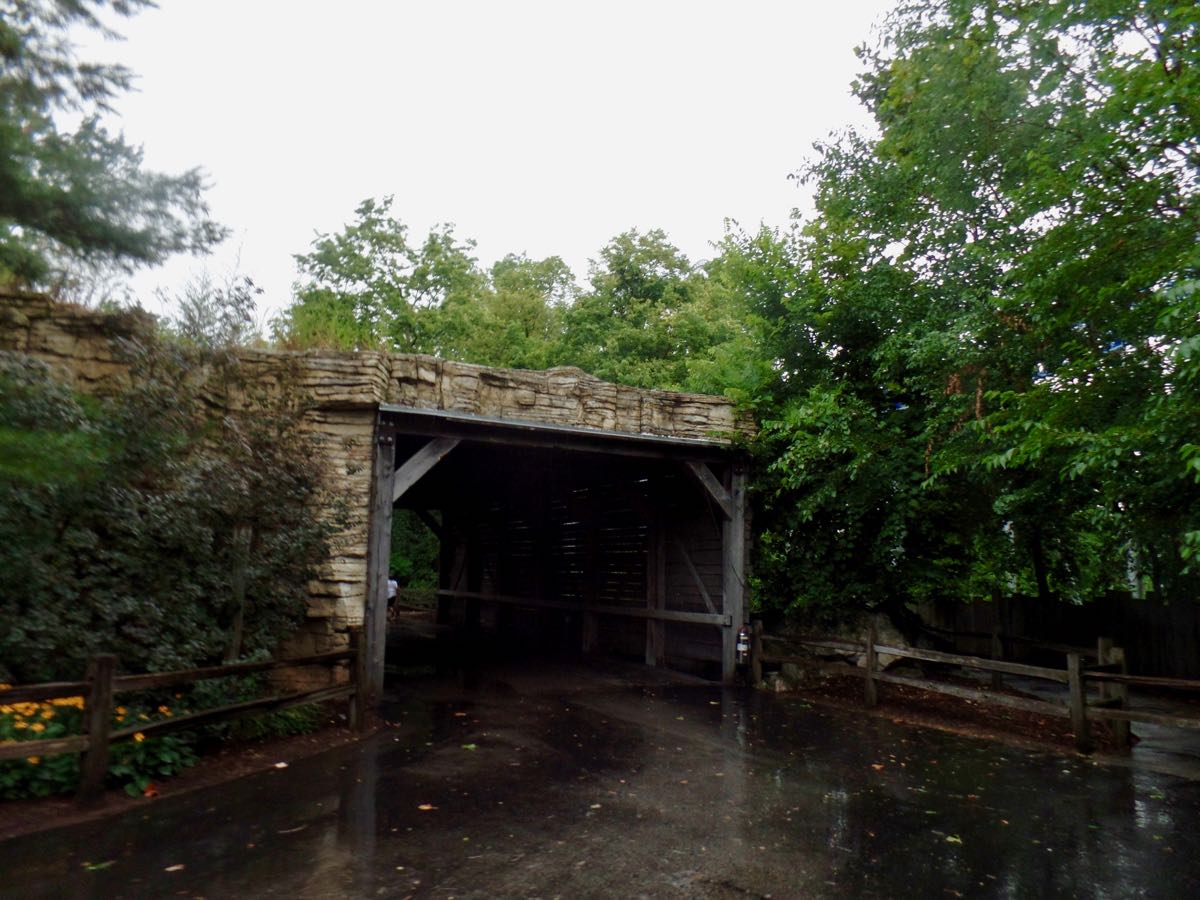 There's the tunnel; the roller coaster runs above this. Now, the good thing about the tunnel, though, is when you go through ... 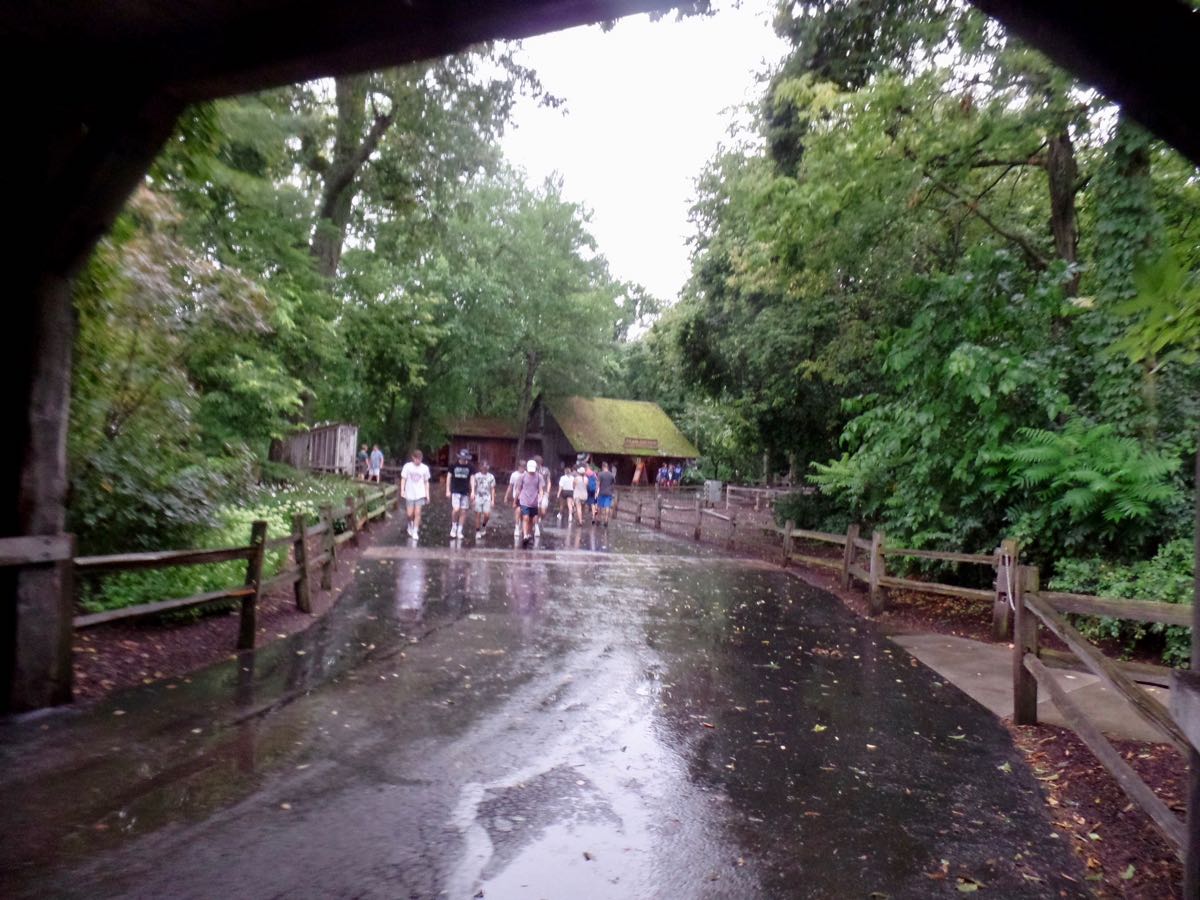 ... you get a pretty solid passing-through into the Frontier Trail, so that it really feels like you are entering into a space. I think the tunnel's helping this part of the Frontier Trail solidify its identity. (In back there's not so clear an ending point, although you do have to go across the railroad tracks, which forms a pretty good visual barrier between the Olde Tyme themed areas and the regular park.) 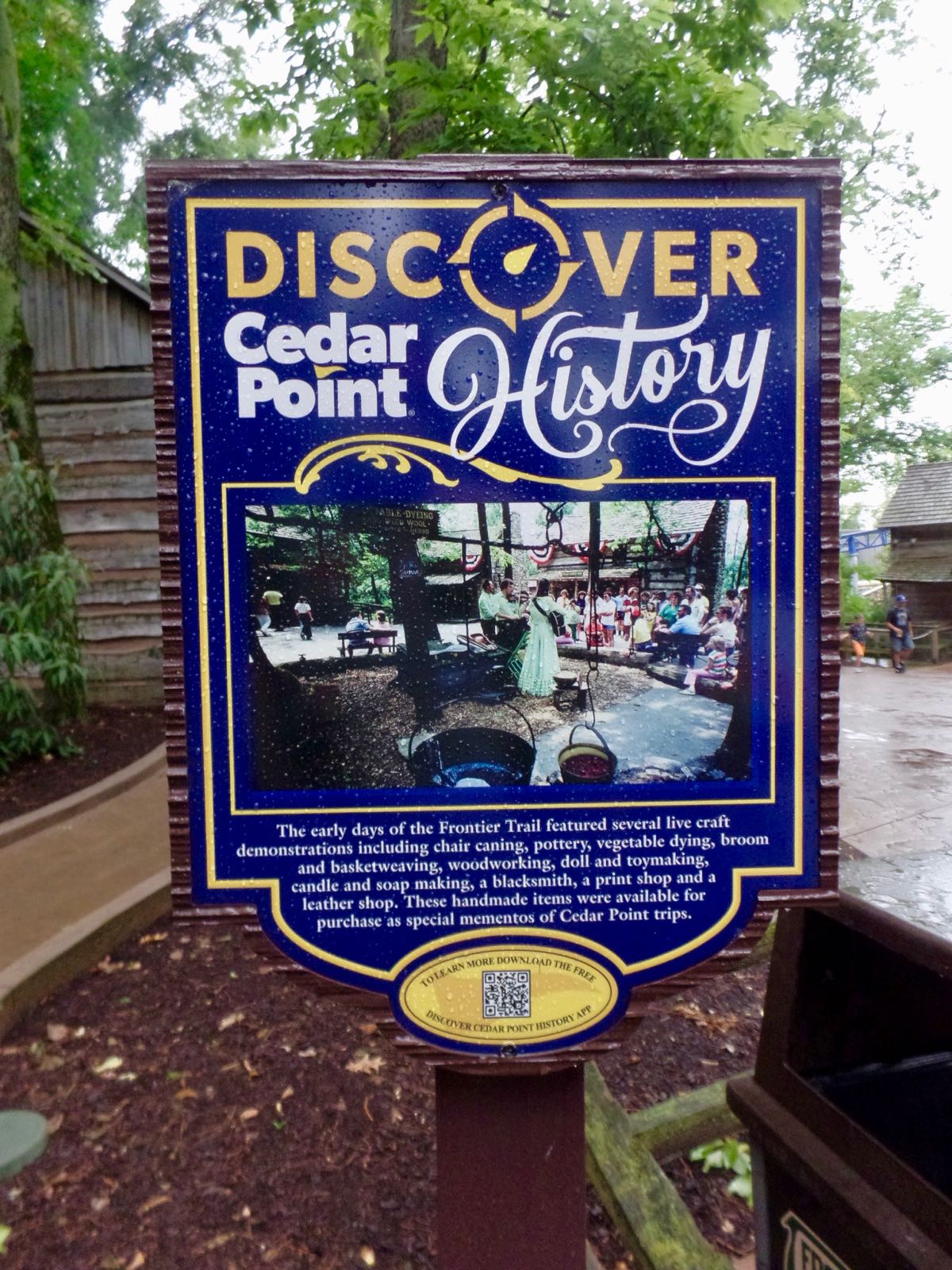 Sign talking about how the Frontier Trail used to feature a lot of craft demonstrations including ``chair caning, pottery, vegetable dying, broom and basketweaving, woodworking, doll and toymaking, candle and soapmaking, a blacksmith, a print shop, and a leather shop''. We've seen the wood-carver several times (not this trip), and candle-making used to be a thing through to 2018. They'd started doing glass-blowing again too, although we don't know if they're doing any this year.

Trivia: During the reign of King Philip VI of France (1328 - 1350) successive re-mintings of the coinage used for designs a shield, a lion, a pavilion, a crown, an angel, and a chair. Source: Gold and Spices: The Rise of Commerce in the Middle Ages, Jean Favier.