bunny_hugger buy her new car. My help consisted of not getting in the way of her actual car-buying. Oh, I guess I helped clean out the old car a little too, and I guess I found the dealership on the satellite navigator, but really. For the most part, I just didn't interfere with her work. Anyway, that took a long while and I'm quite tired again and so here's just more pictures from Cedar Point from already thirty days ago, somehow. 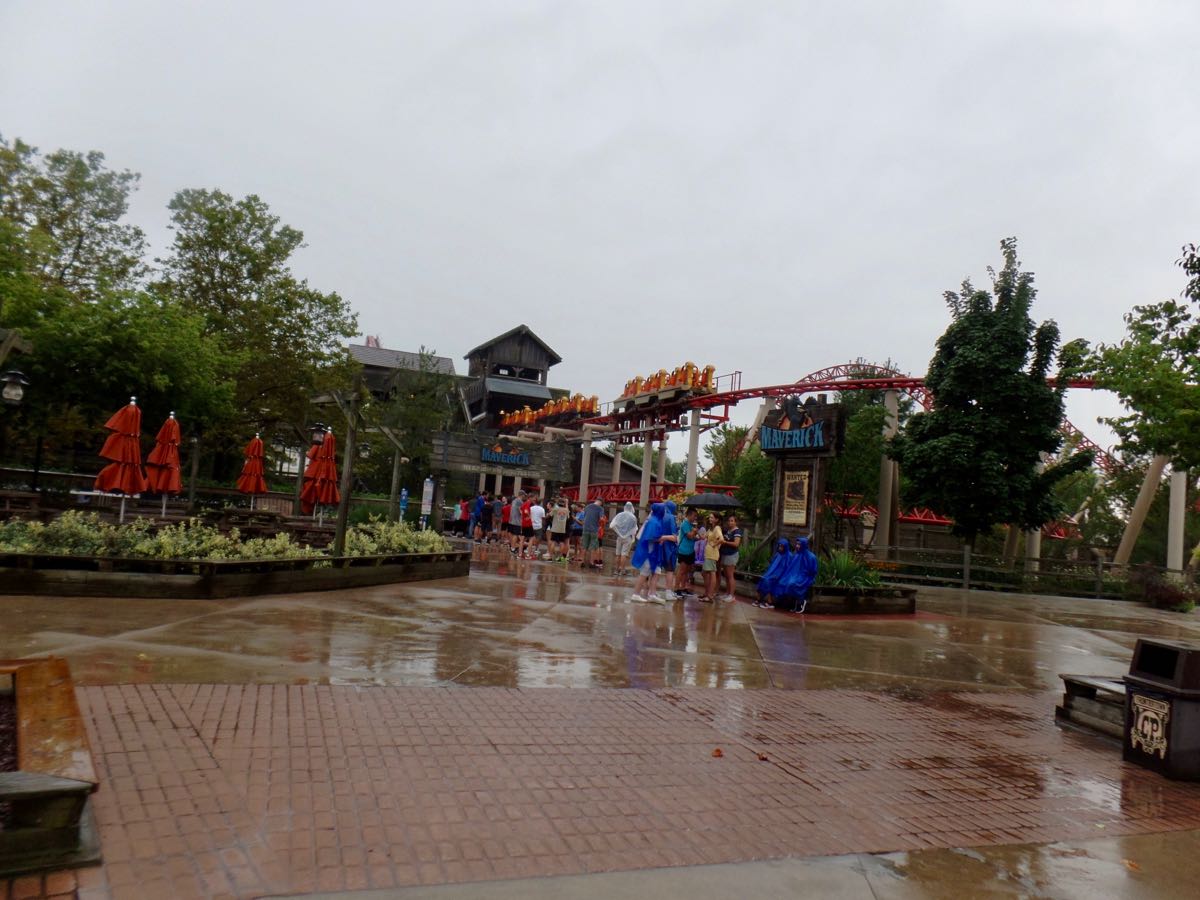 Hopeful line of people outside Maverick, evidently thinking the ride will open soon enough that this will save them waiting time. 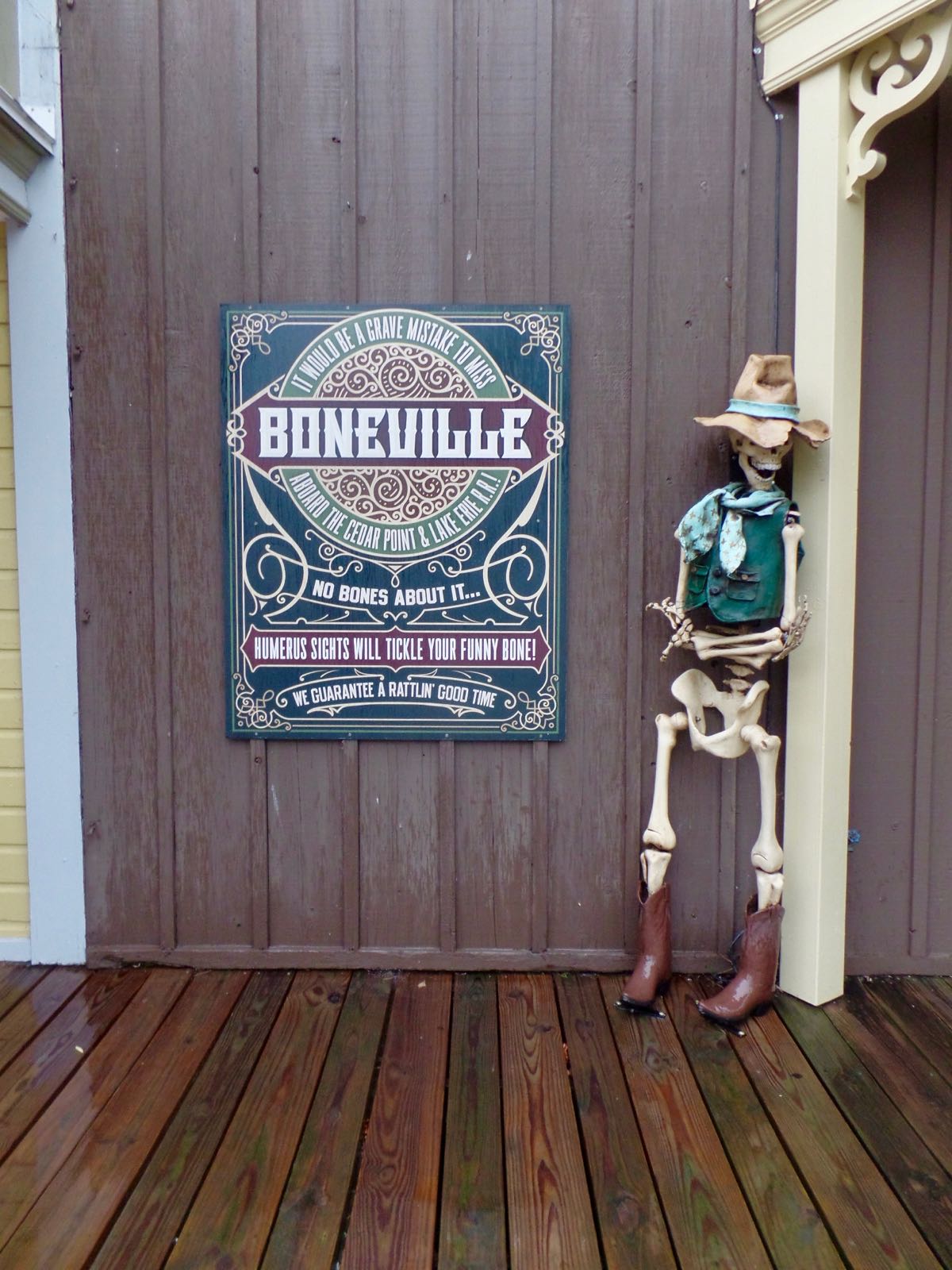 Boneville's a bunch of scenes, some animated, along the railroad track. And now it's got some promotion, like this figure hanging out by the former Jitney Arcade. 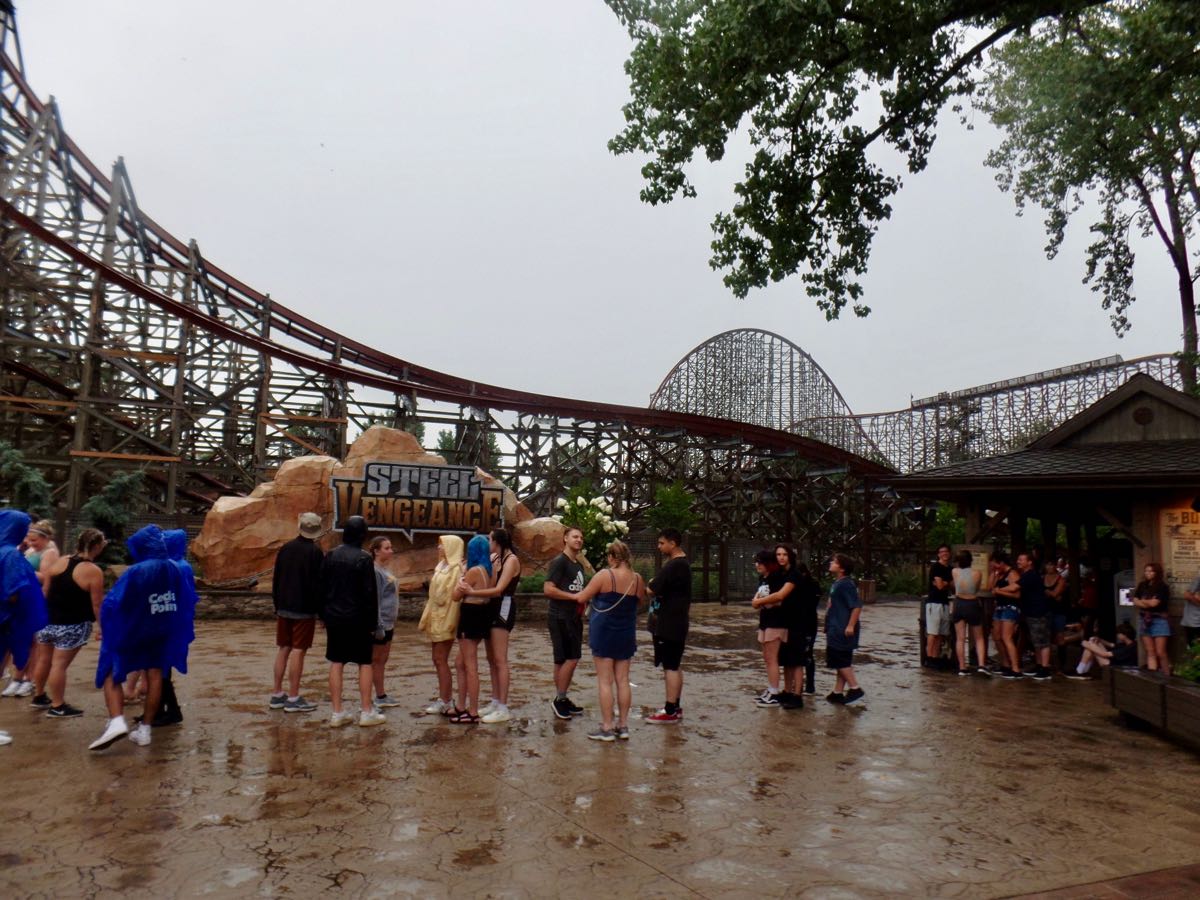 Another, longer, hopeful line outside Steel Vengeance. These folks might indeed have saved time getting their ride this way. 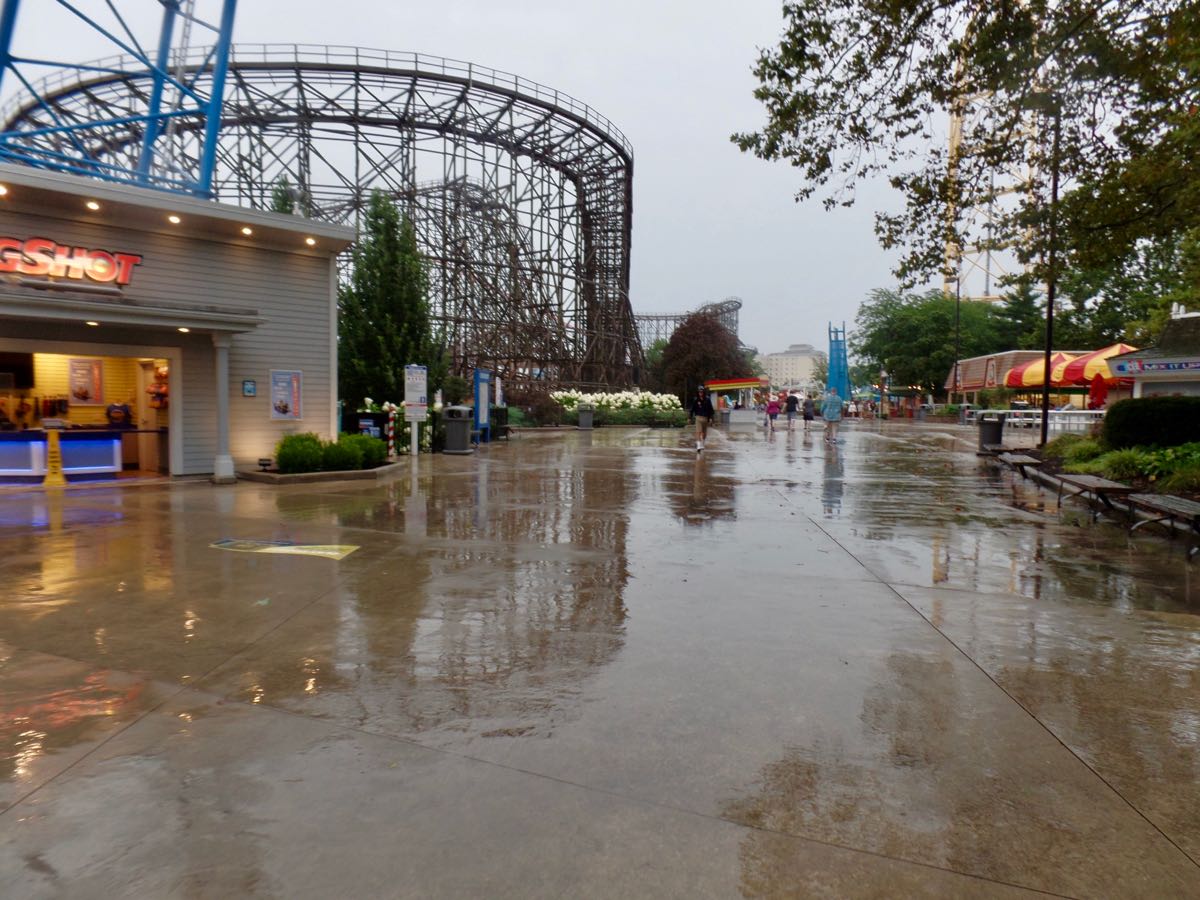 The rain-soaked Gemini Midway. If you look in the far distance you can see the Breakers Hotel! 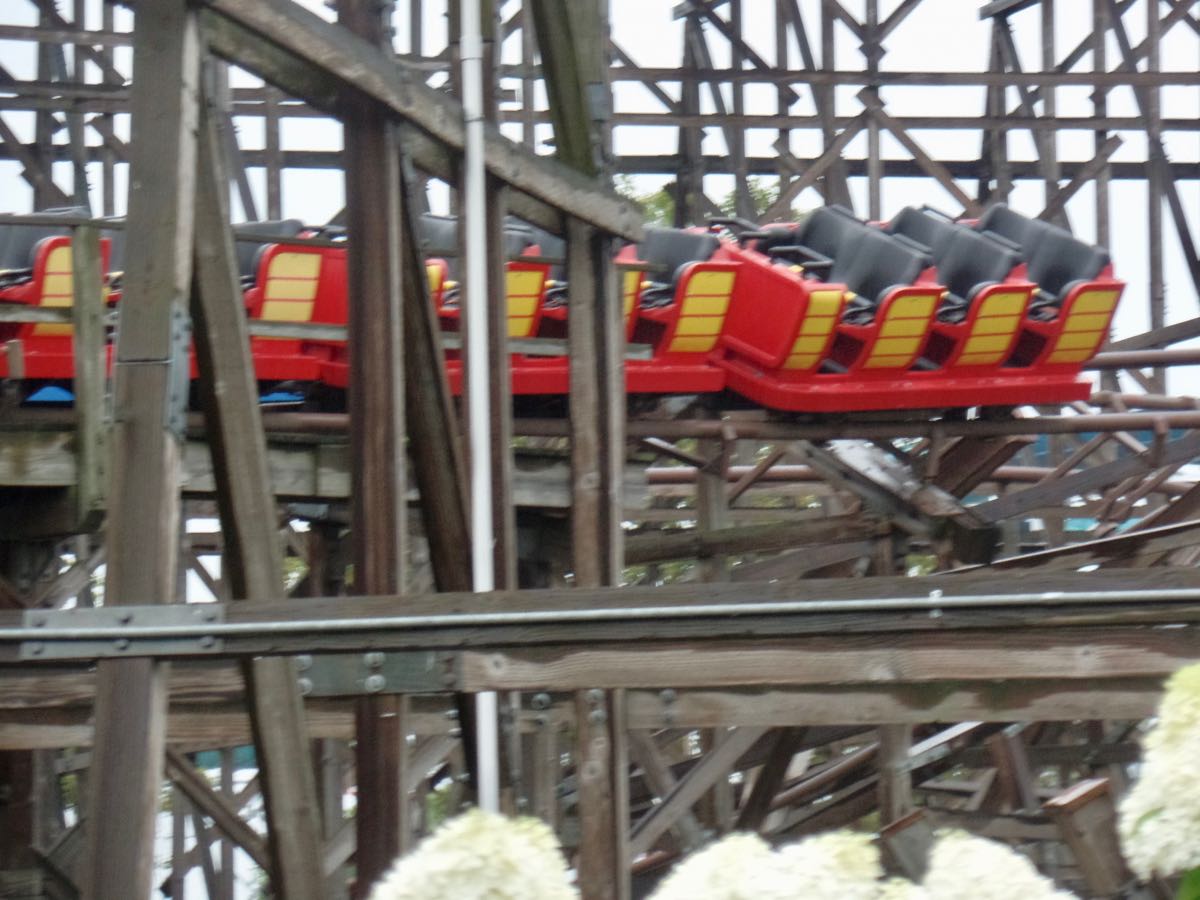 Gemini had two trains on both the red and the blue tracks. The second train was parked so far back that the final cars were leaning like this, part of coming out of the final helixes. 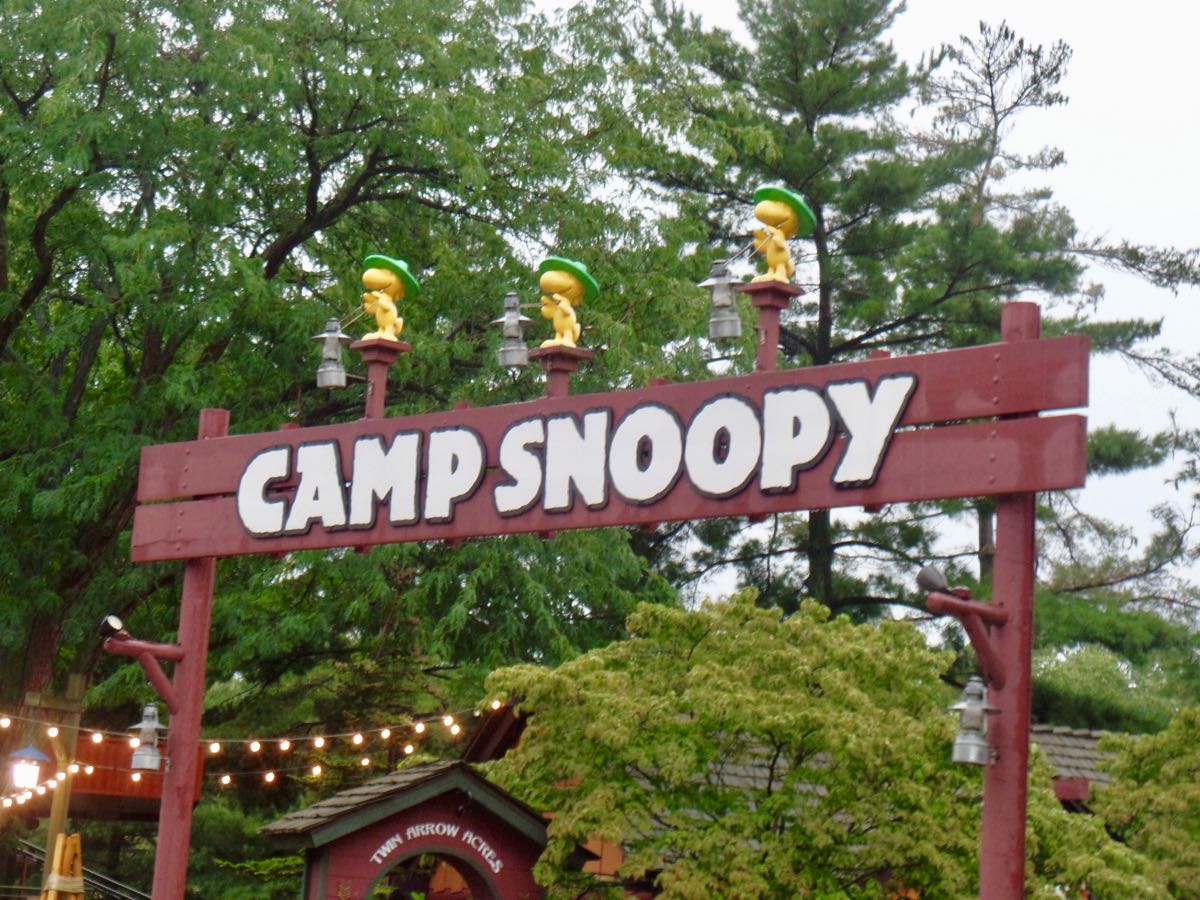 Camp Snoopy, Cedar Point edition. The sign is nearly identical to what Camp Snoopy at Michigan's Adventure has, except these little birdies carry lanterns, reflecting how the park is open after sunset.

Trivia: To cover the debt incurred in publishing his A Week on the Concord and Merrimack Rivers, Henry David Thoreau manufactured about a thousand dollars' worth of pencils (his family was quite good at pencil-manufacture) to sell in New York City. Unfortunately the market was flooded with pencils, including German ones using the Conté processes, and Thoreau had to consign the lot for one hundred dollars instead. Source: The Pencil: A History of Design and Circumstance, Henry Petroski.