Some stuff around the house. First, the house is broken in a new place. The lock on the side door won't let us put a key in, which is better than not letting us take the key out. I've called the locksmith and he should call tomorrow to say when he'll be over. I suppose I should be there, although if he's good at his job he won't need me to let him in.

On the paperwork for my poor dead car: I called Copart to explain (a) my title is in New Jersey, (b) it's annoying to get a new title from there (I have to write and notarize a letter explaining why I don't have my title!), and (c) Toyota Financial Services hasn't yet answered my e-mail request for a duplicate of the letter clearing the lien on it. (I don't know whether I need this, but the most inconvenient thing would be if I do, so let's go with that.) Copart said they'd check and see whether they could get the title out of New Jersey, possibly with my having to do no more than sign a power of attorney letter. They never did call back today. But AAA called to ask about my documents and I explained these points again. Well, not point (c) because I wasn't sure the title being in New Jersey was registering with the person. They kept saying how the MVR was in Michigan and I finally asked what the MVR was. Motor Vehicle Registration (or possibly Record). But they understood the matter --- I believe --- and said they'd check with the title division when it opens tomorrow to see if they could get a title out of New Jersey. So it's possible that the New Jersey Motor Vehicle Commission is going to get slammed with requests for titles for my poor dead car.

And for work, the saga of getting the laptop they sent me to the point where I can work on it has ... almost ... got to where it needs to be. They were able, after about four false starts, to set up network drives for all but two of the remote servers that I need to deal with. One of those two is critical to the big project that's been my main job for the past decade. The other is ... well, it's important when I need it, but it turns out that it had been either turned off or just not connecting to the remote-login servers for two weeks now. That's one that we're hoping to retire and give a partially dignified burial [*] but it's still embarrassing that it's there and doing something sometimes needed.

[*] The server's named for one guy's favorite Top Gun character, how much dignity can it have? Also it's running Windows Server 1972 Edition, it really should've been taken off the Internet and dropped off a bridge years ago.

And I go into tomorrow facing getting maybe as many as four phone calls but I hope none of them will require any emotional involvement or anything. 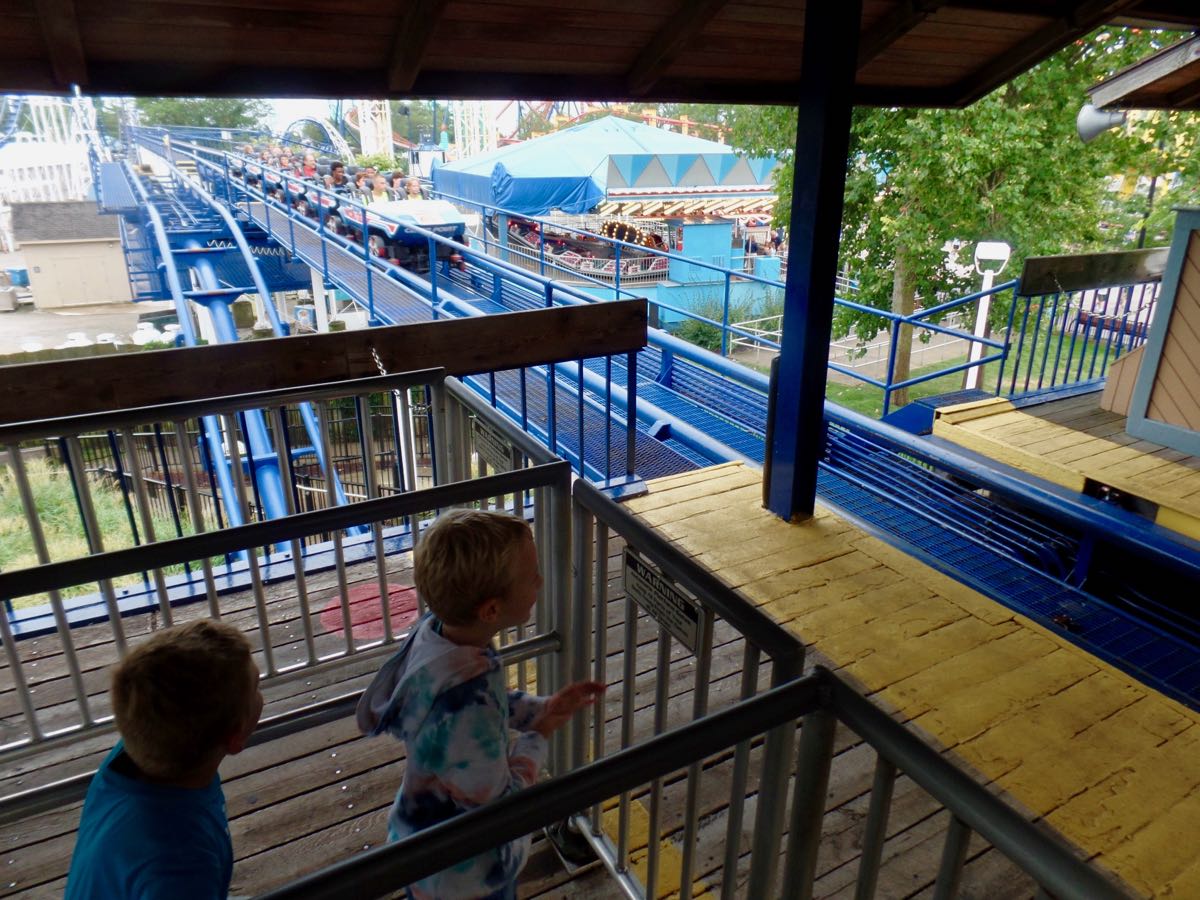 Waiting for Corkscrew, getting an almost-backseat ride. I have a better photo of the train coming in, but I like the energy of those kids grabbing the backseat gate more. 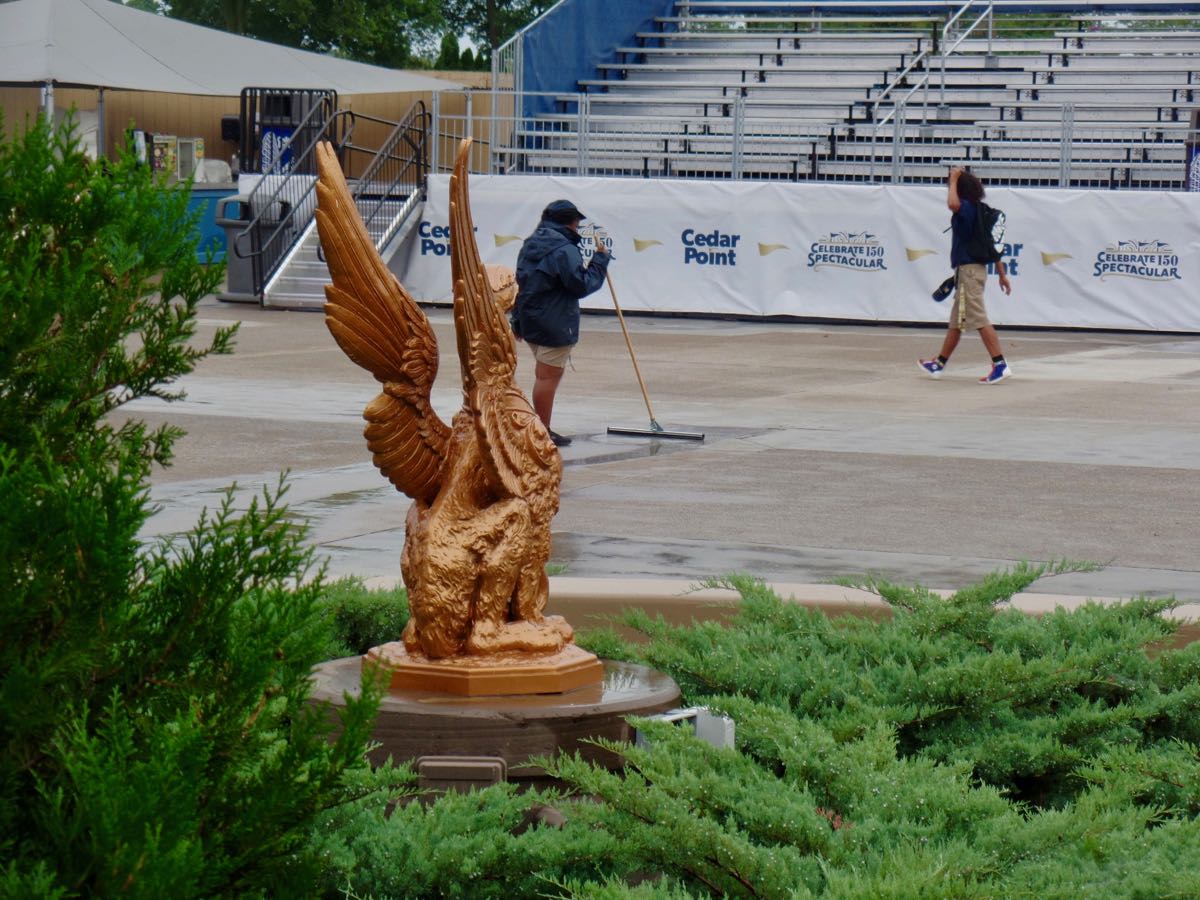 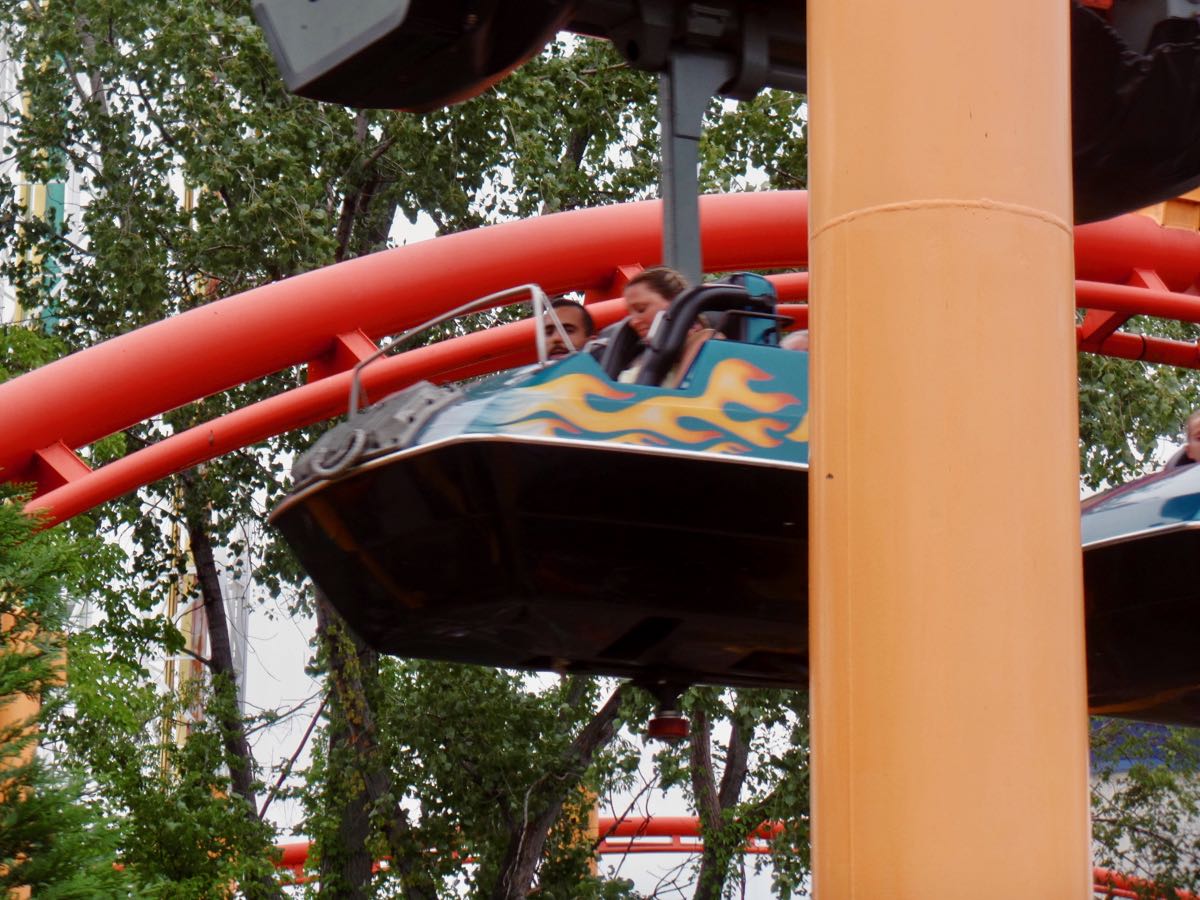 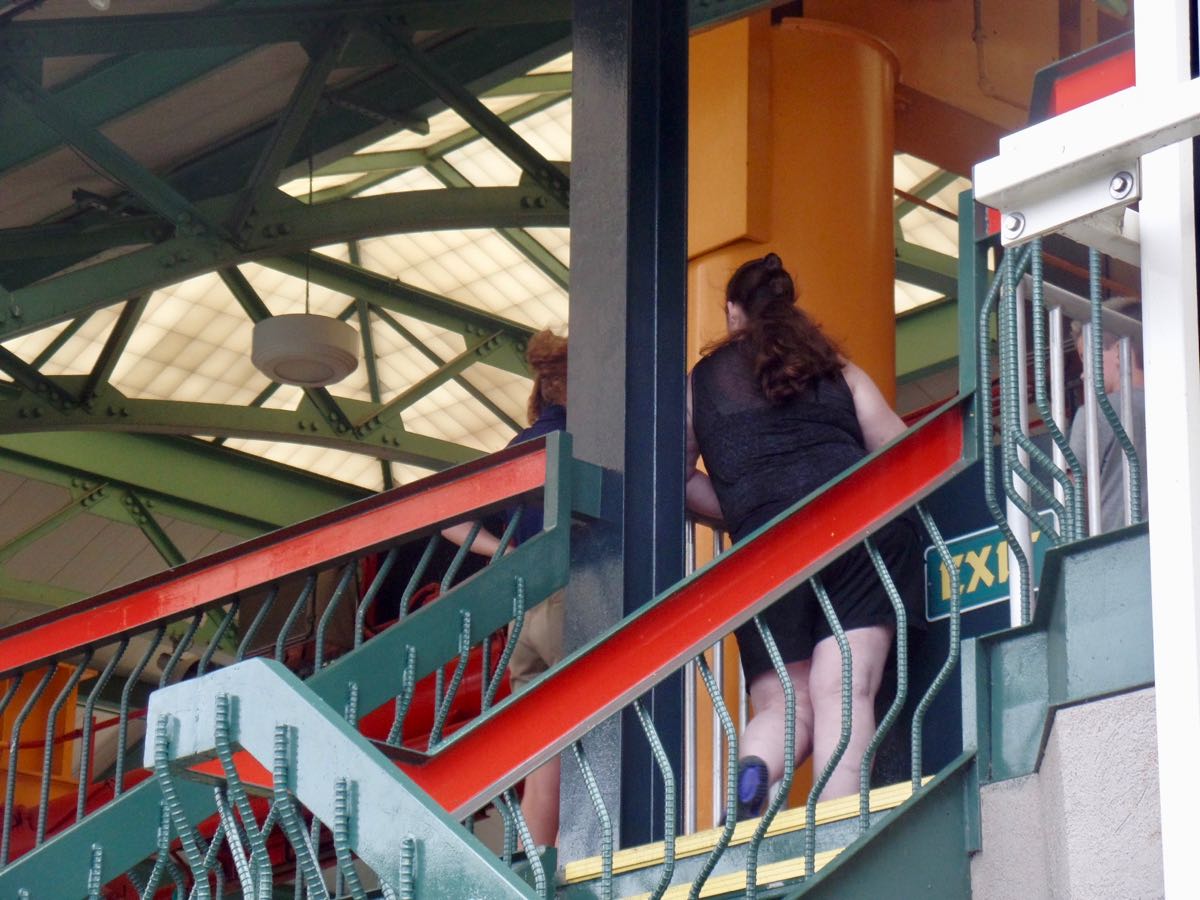 Somebody just hanging out at Iron Dragon, chatting with staff during what I trust is a slow stretch. 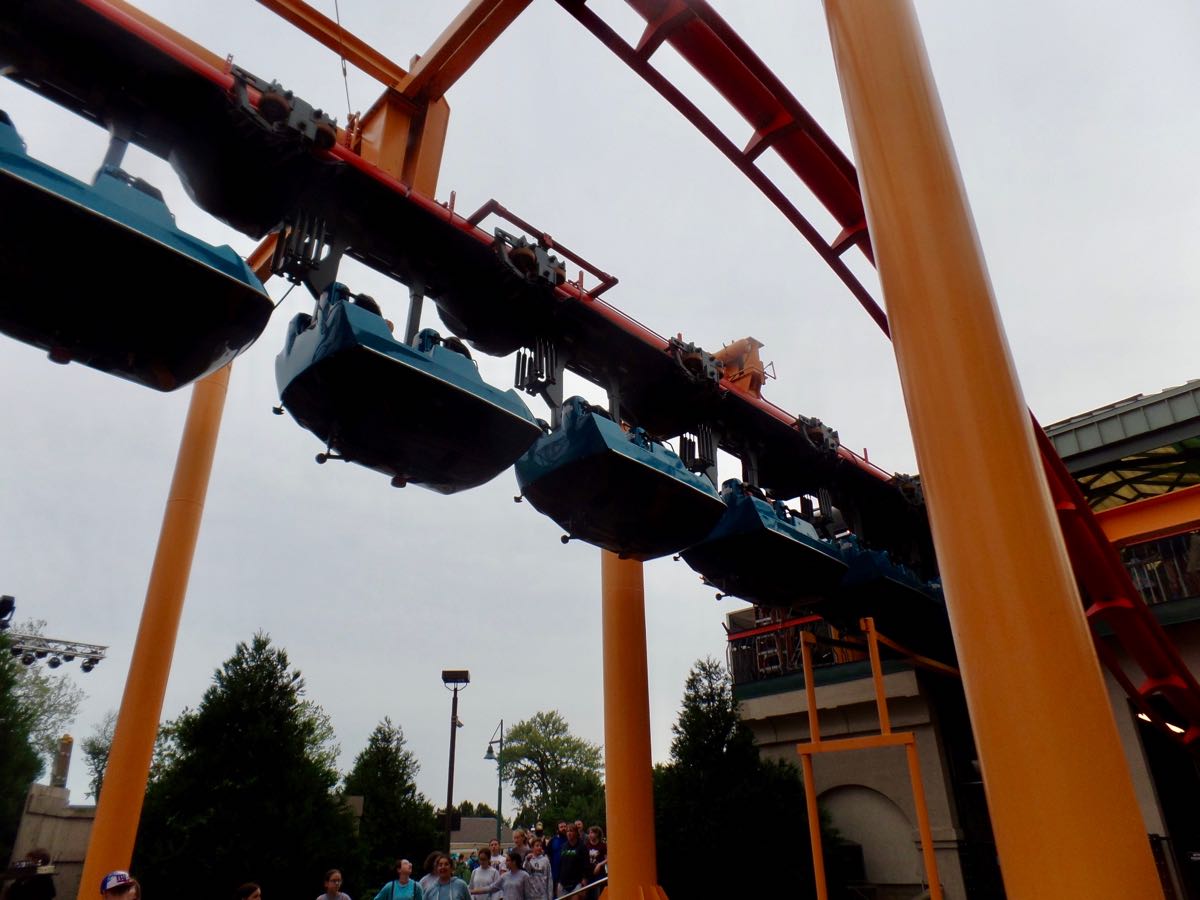 Here's the train coming in to Iron Dragon's station, seen from the queue. Also you can see the end of the queue underneath that. The ride has this simple U-shaped queue; it doesn't need a lot of space, because it's able to carry like 40,000 riders per hour. (Roller Coaster Database says it's actually about 2,000 riders per hour, which I think is actually the highest of any single coaster at the park. Gemini, as two trains, can send 3,300 riders out in an hour, at least by design.) 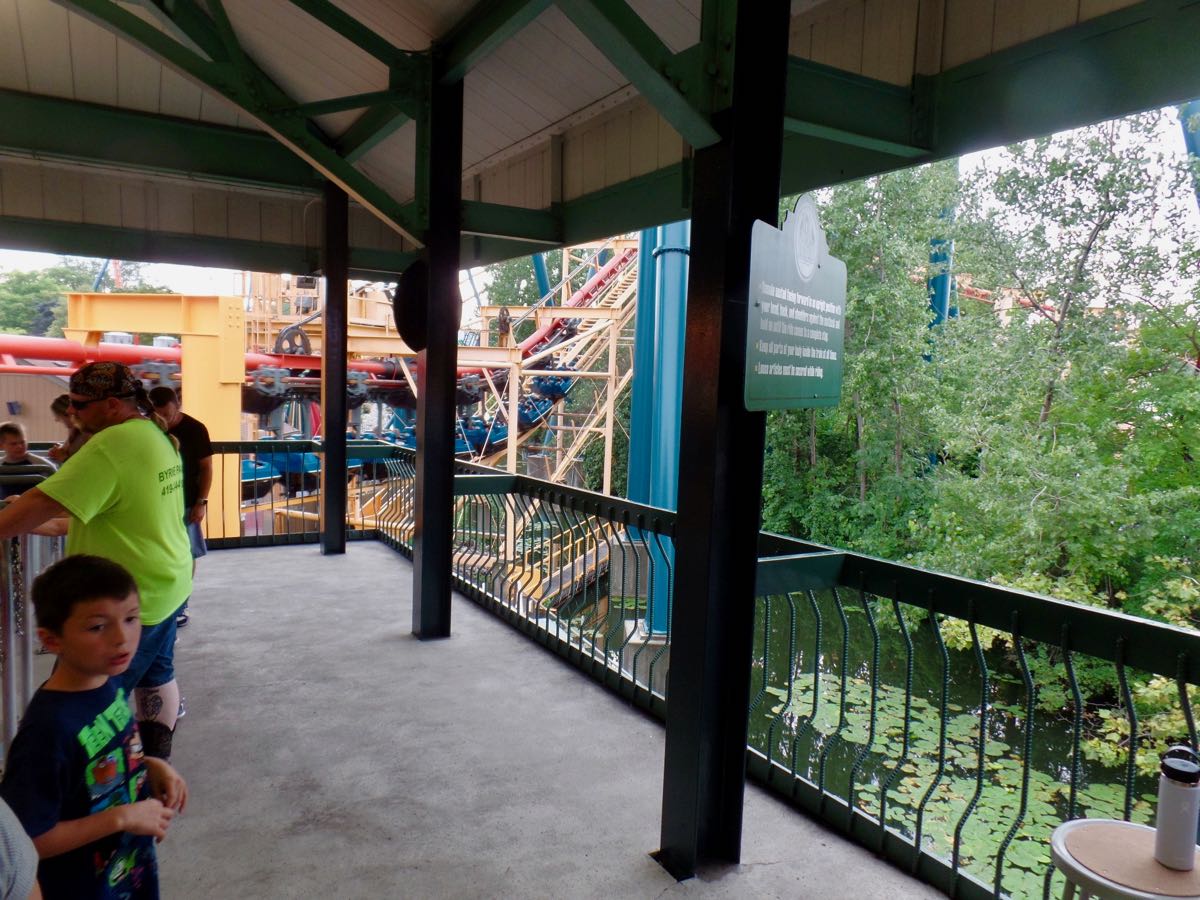 Watching a train leave Iron Dragon's station. You can see the lagoon, waterways that once upon a time hosted the Paddlewheel Excursions. Iron Dragon shrank the boat ride's path considerably, though.

Trivia: Herodotus wrote that Cleomenes, King of Sparta, contracted madness from drinking wine unmixed with water, a habit he picked up from the Scythians, nomadic people living north of the Black Sea. Source: A History of the World in Six Glasses, Tom Standage.