So, my mathematics blog. What's it had the last couple weeks, through all this chaos?

Now please enjoy some Michigan's Adventure pictures, which are going to fill out part of this week. 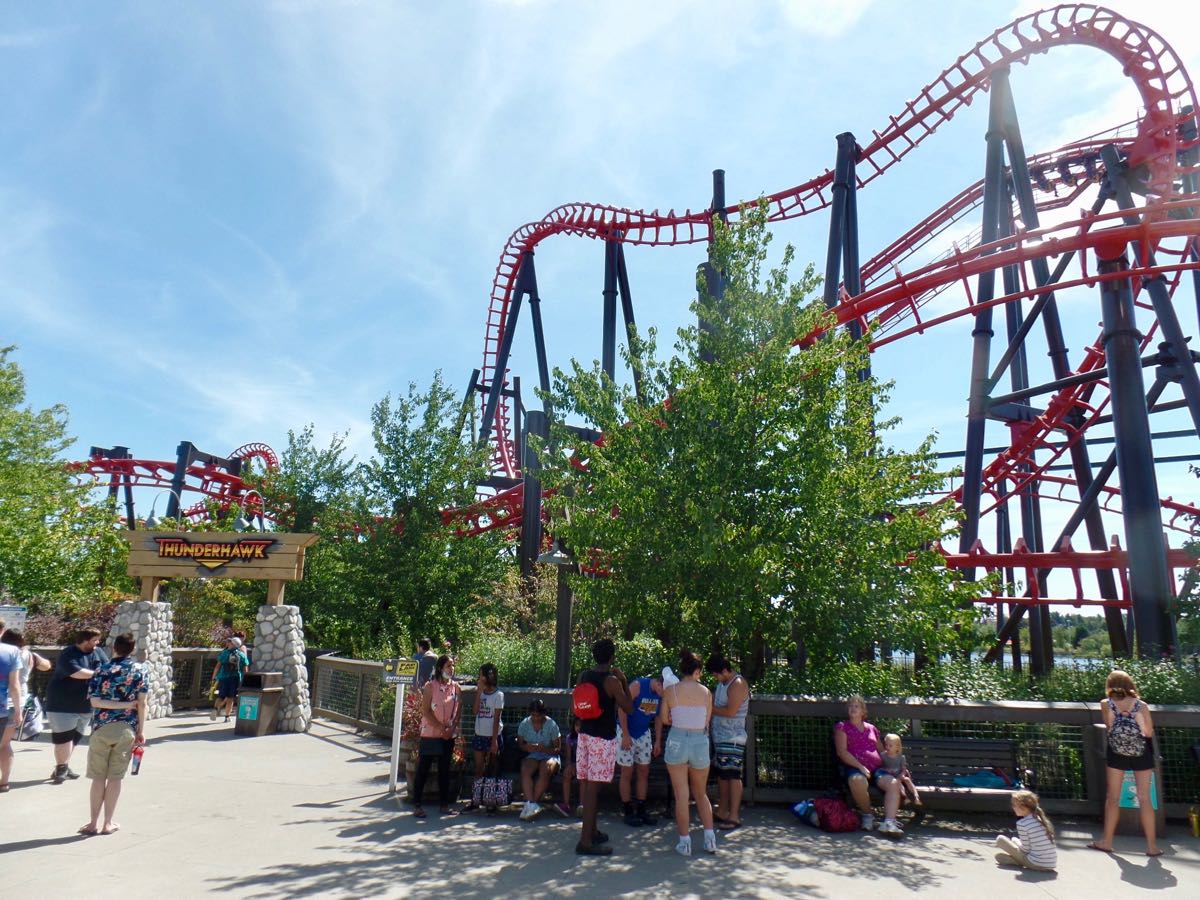 Thunderhawk's entrance and some of its main coaster section, the good parts. I keep thinking they changed the entrance and they never have, though they painted the supports and track. 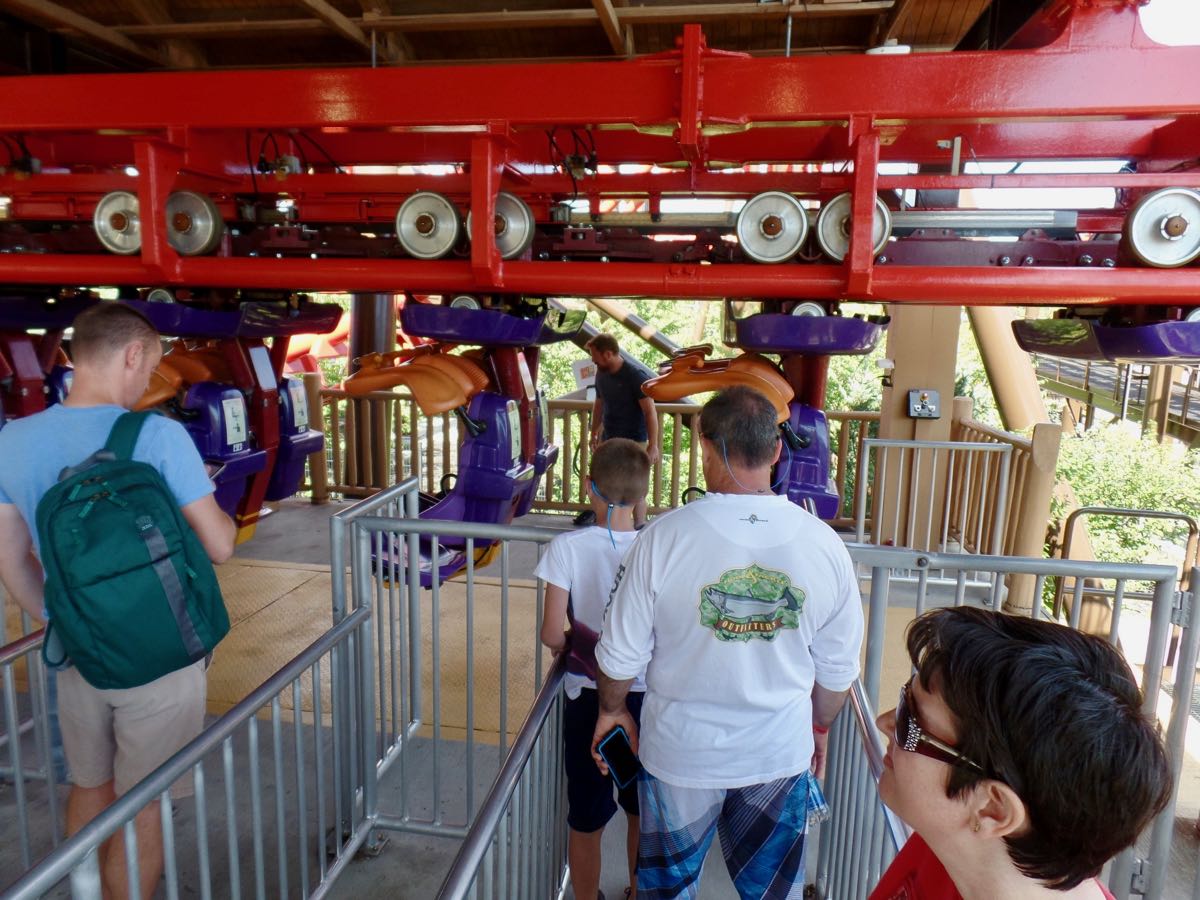 And here's the station. We went for the back seat, despite that causing a one-cycle wait, because it's easier to see how the train is turning and brace yourself so the supports don't bash your head that way. 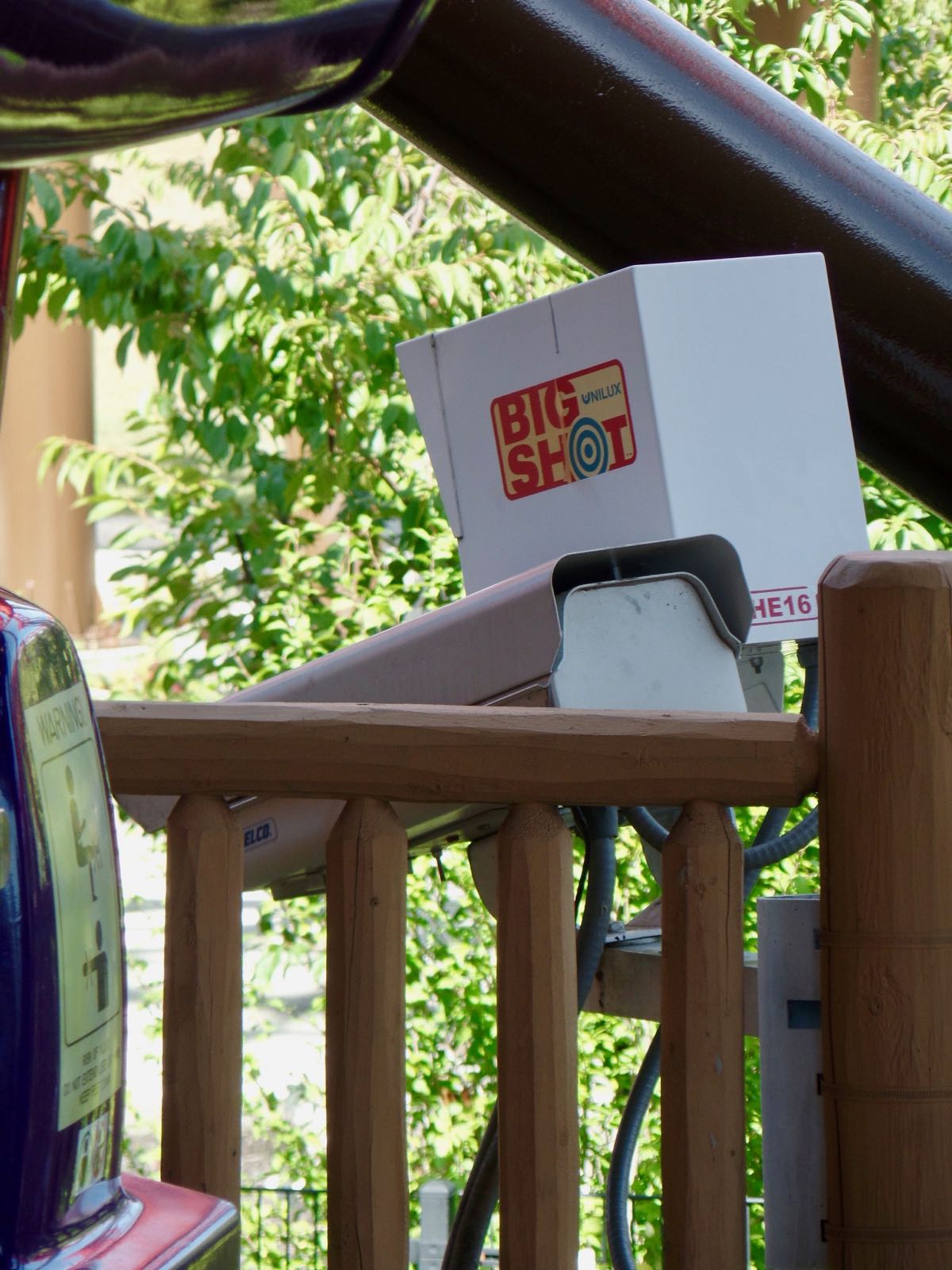 Hey, the ride camera's location! I didn't realize before that it was hanging off the launch platform like that. 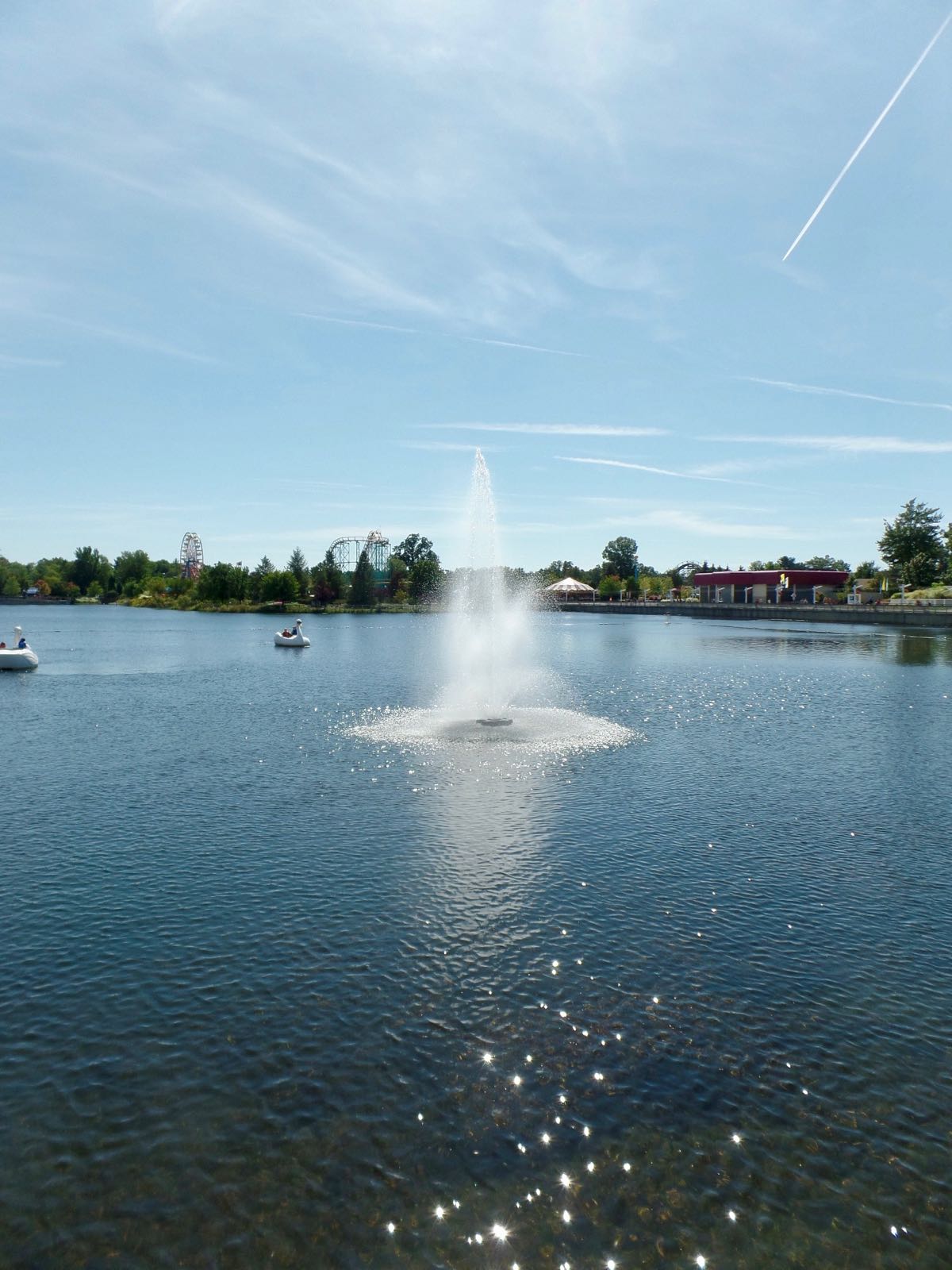 Looking at the fountain in the center of the lagoon. 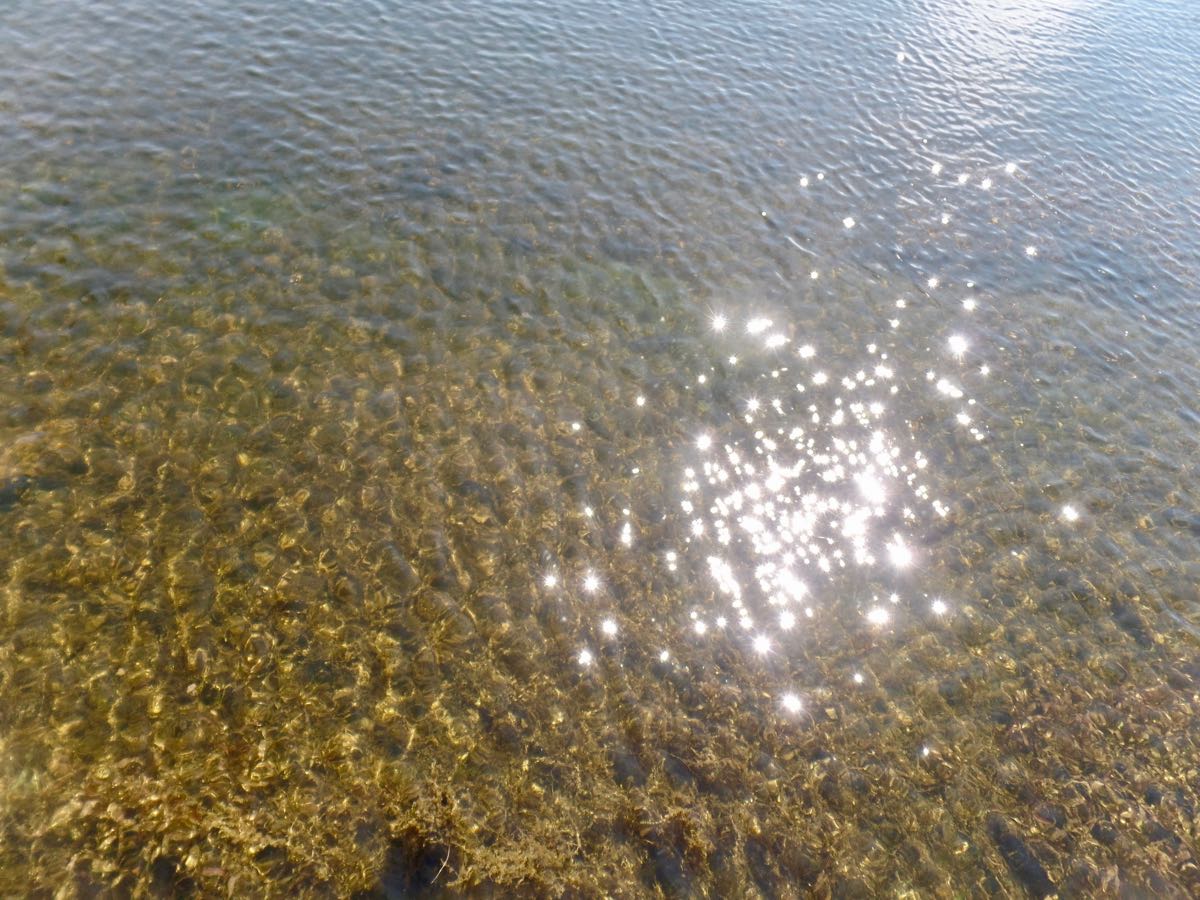 And looking into the lagoon. Can you spot the bluegills? They're probably in there somewhere. 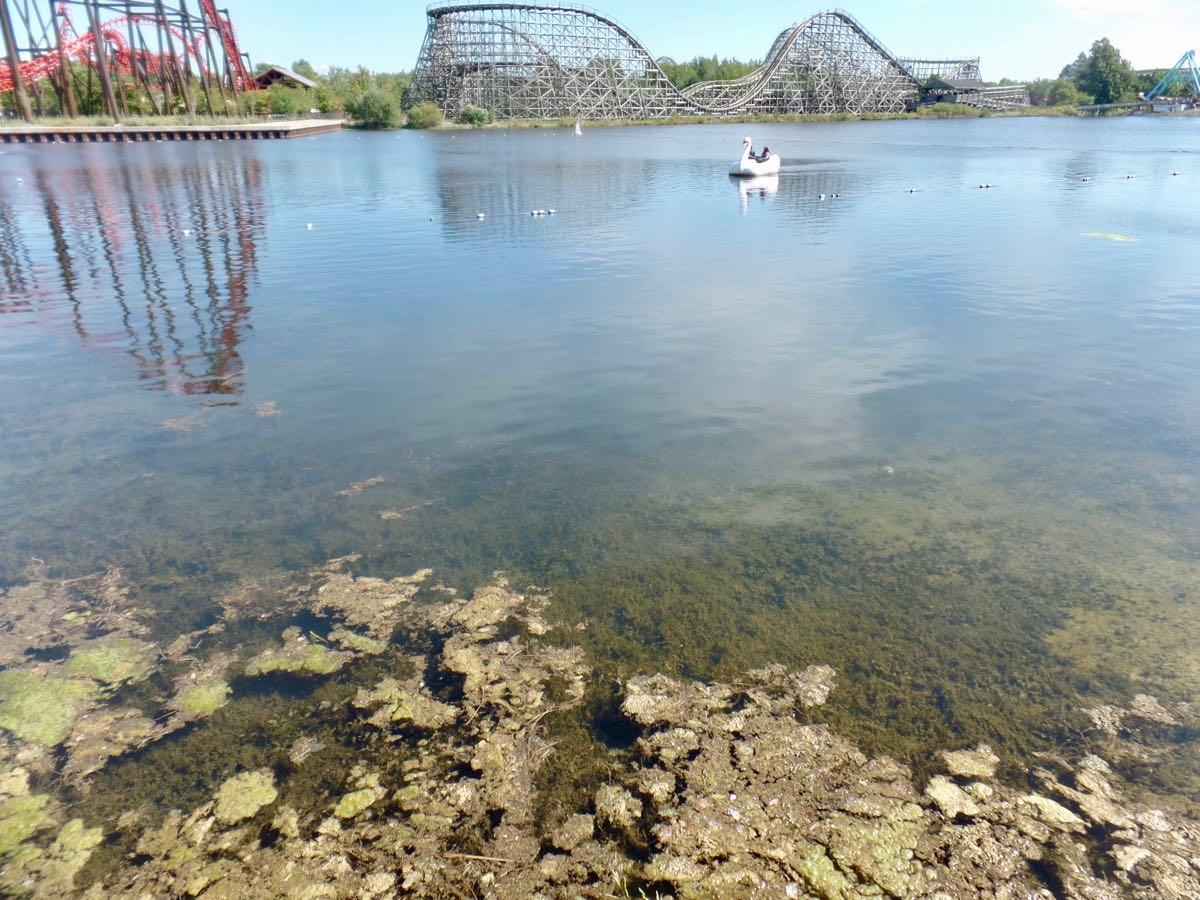 Another look across the lagoon, with Wolverine Wildcat in the background. Could be a postcard. 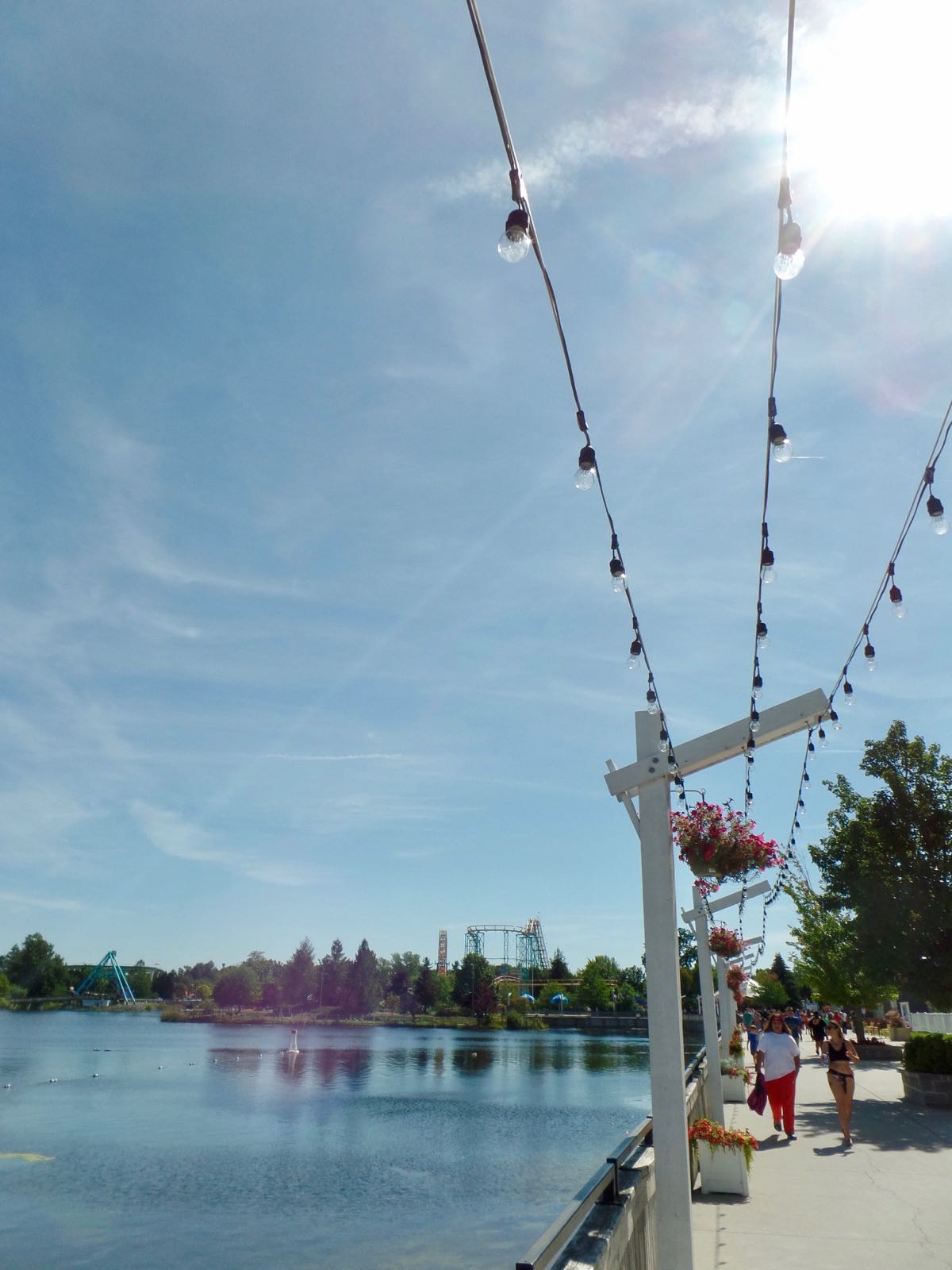 Although Michigan's Adventure closes before dark all but like five days of the year, it has had these lights strung along the lagoon for several seasons now. I don't remember seeing them on ever, but suppose we might have just missed it because there's only a short window of darkness the few days it's ever open late enough for sunset to come. It's attractive but we don't know what problem it solves. 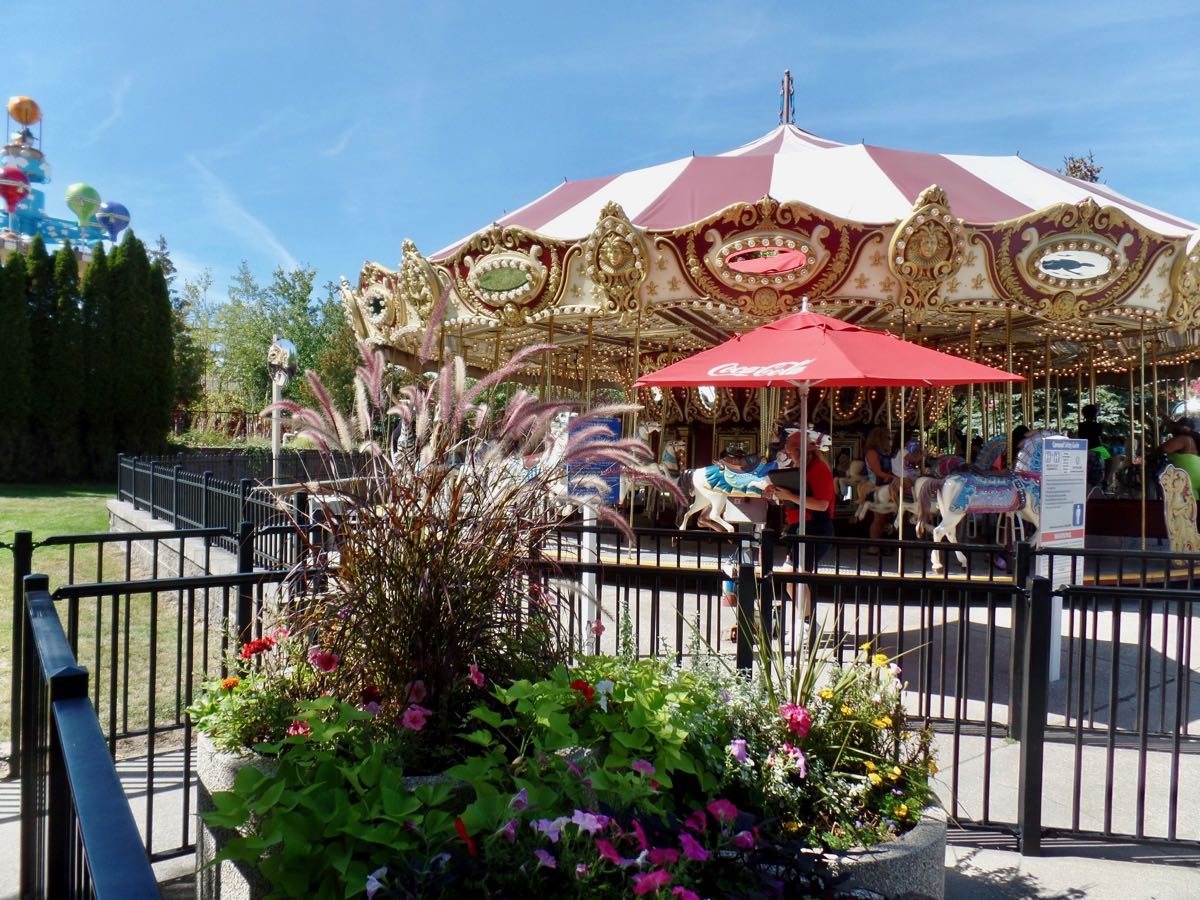 The Chance Carousel, seen from its tiny queue. The balloon ride at Camp Snoopy is in the background on the left. 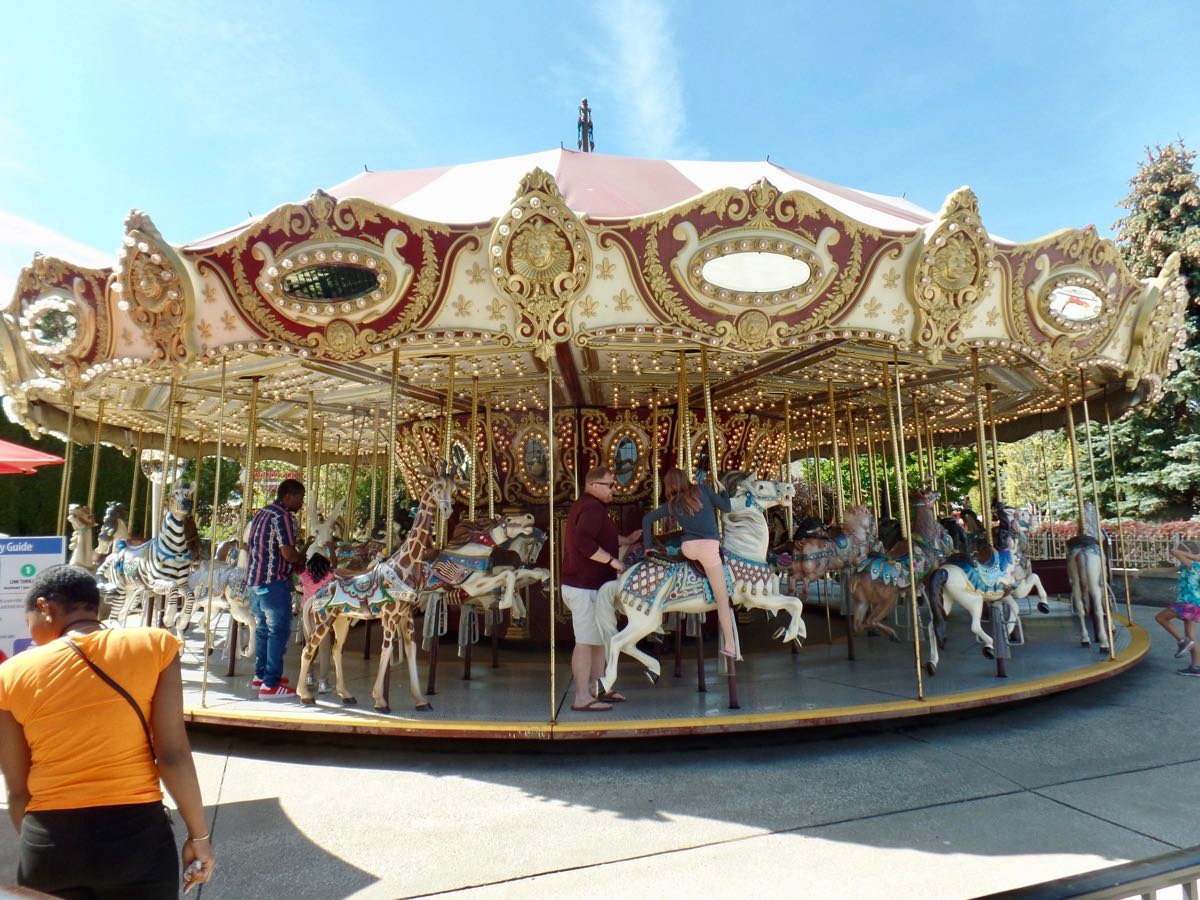 And here's a better view of the carousel, your basic fiberglass figure of the late 80s. 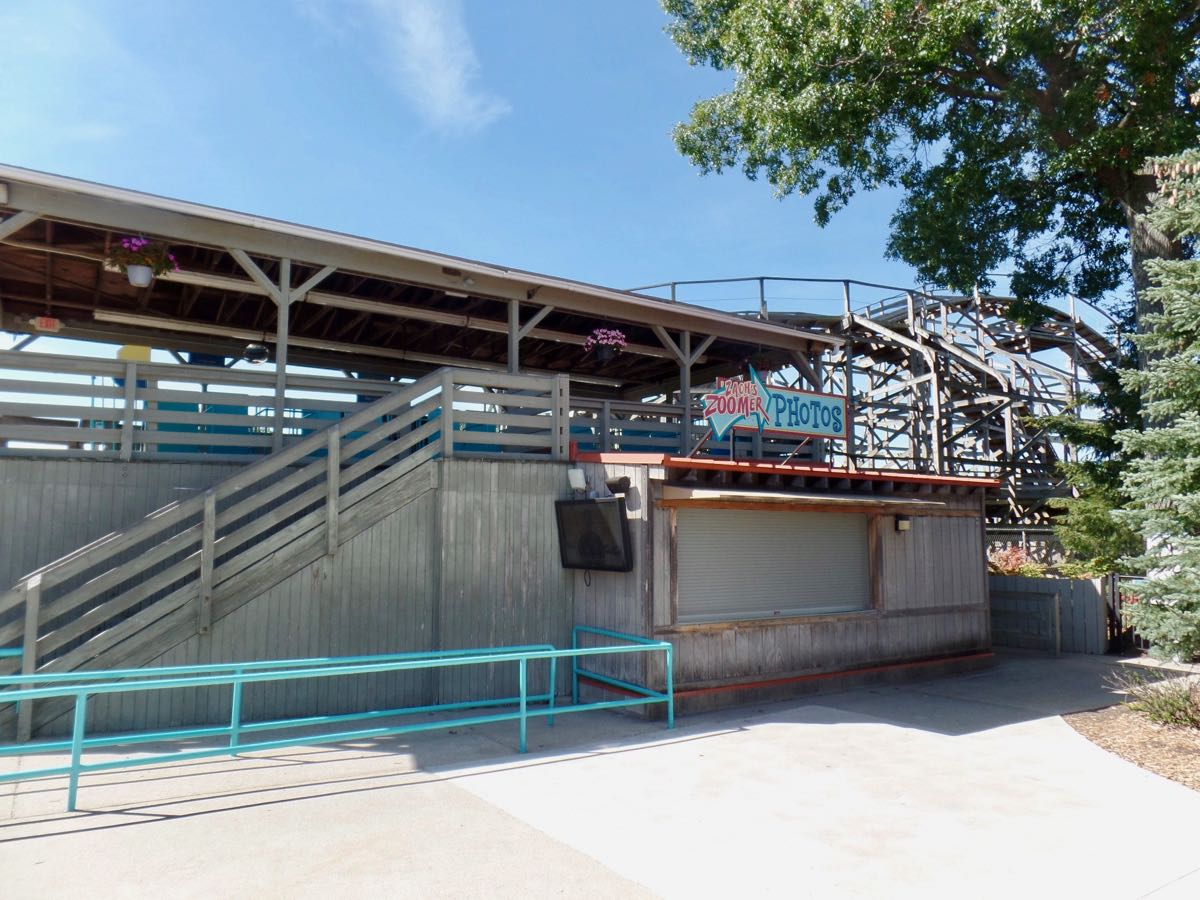 Zach's Zoomer, closed up tight as we came hoping for a ride. Despite being a ride built in the mid-90s it is not named Zach'z Zoomer. 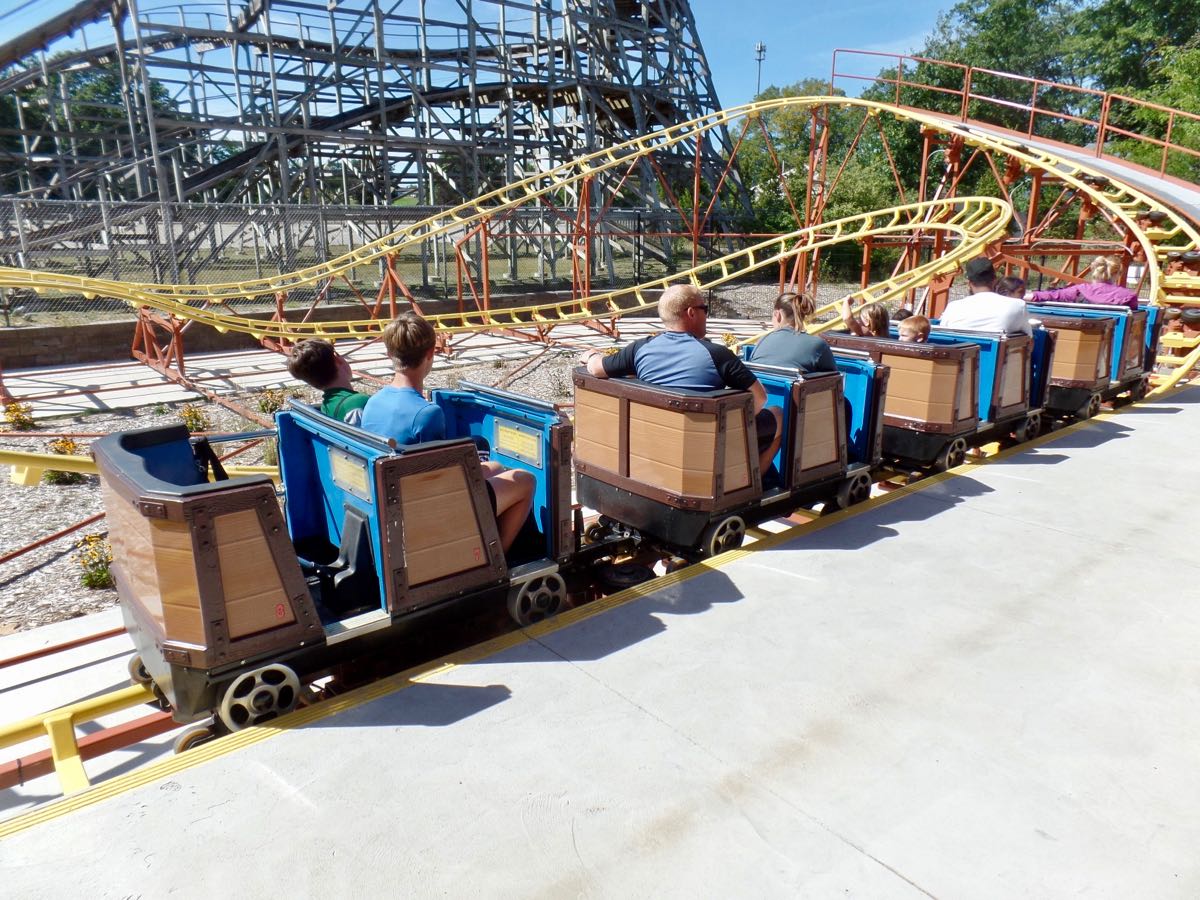 Woodstock Express, formerly Big Dipper, with the new trains that give it that Camp Snoopy theme. Zach's Zoomer waits in the background. 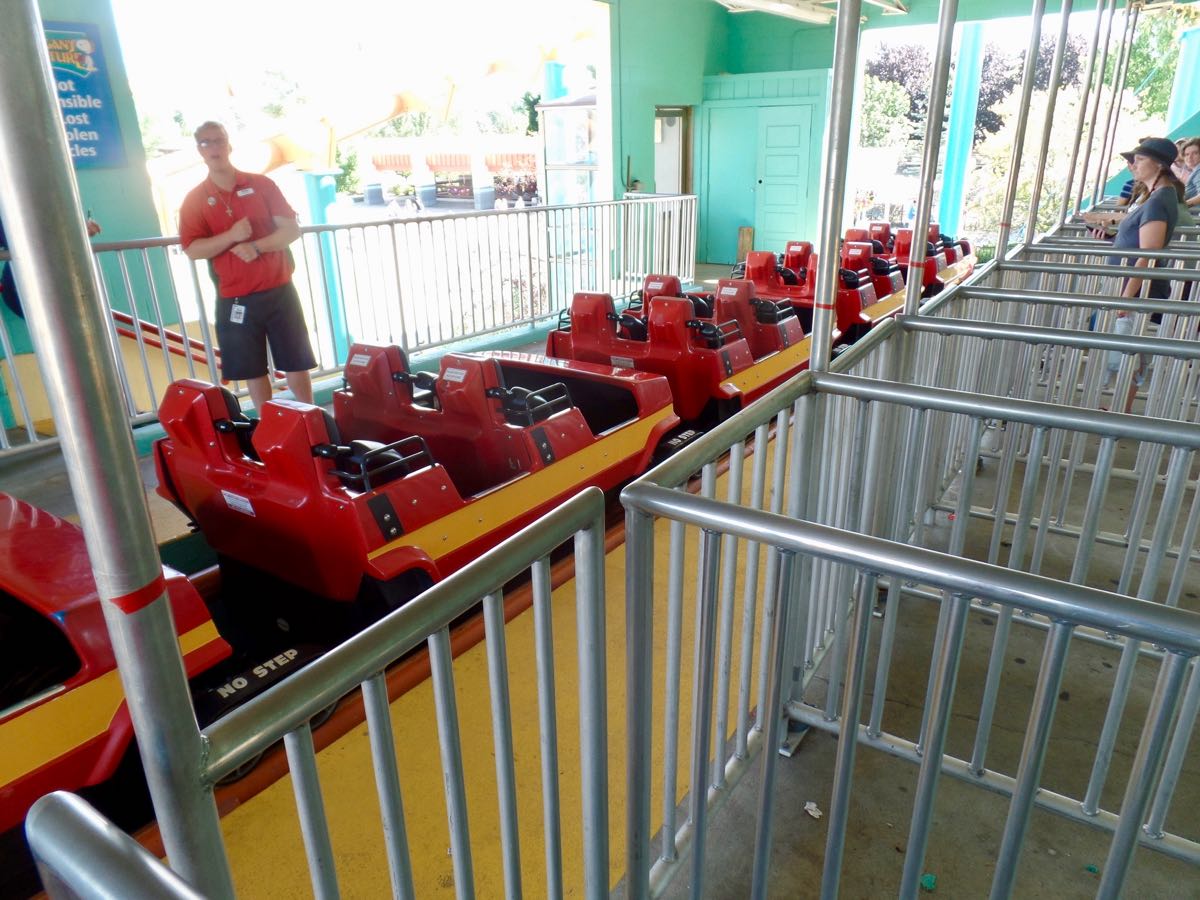 Corkscrew, another roller coaster with no wait at all. Apart from Mad Mouse and Shivering Timbers we had pretty much a day of walking on stuff.

Trivia: The earliest known record of a cheese clearly like modern Parmesan cheese dates to the late 13th century, around the time that the marsh areas around parma and Reggio were drained and new irrigation ditches dug. Cheesemaking standards were also set at that time. Source: Salt: A World History, Mark Kurlansky.