So now are you ready for amusement park pictures? Too bad! Because what I have for you are mostly pictures from pinball league night. Enjoy seeing me attempt to get the side tournament started and not being able to because games kept breaking. 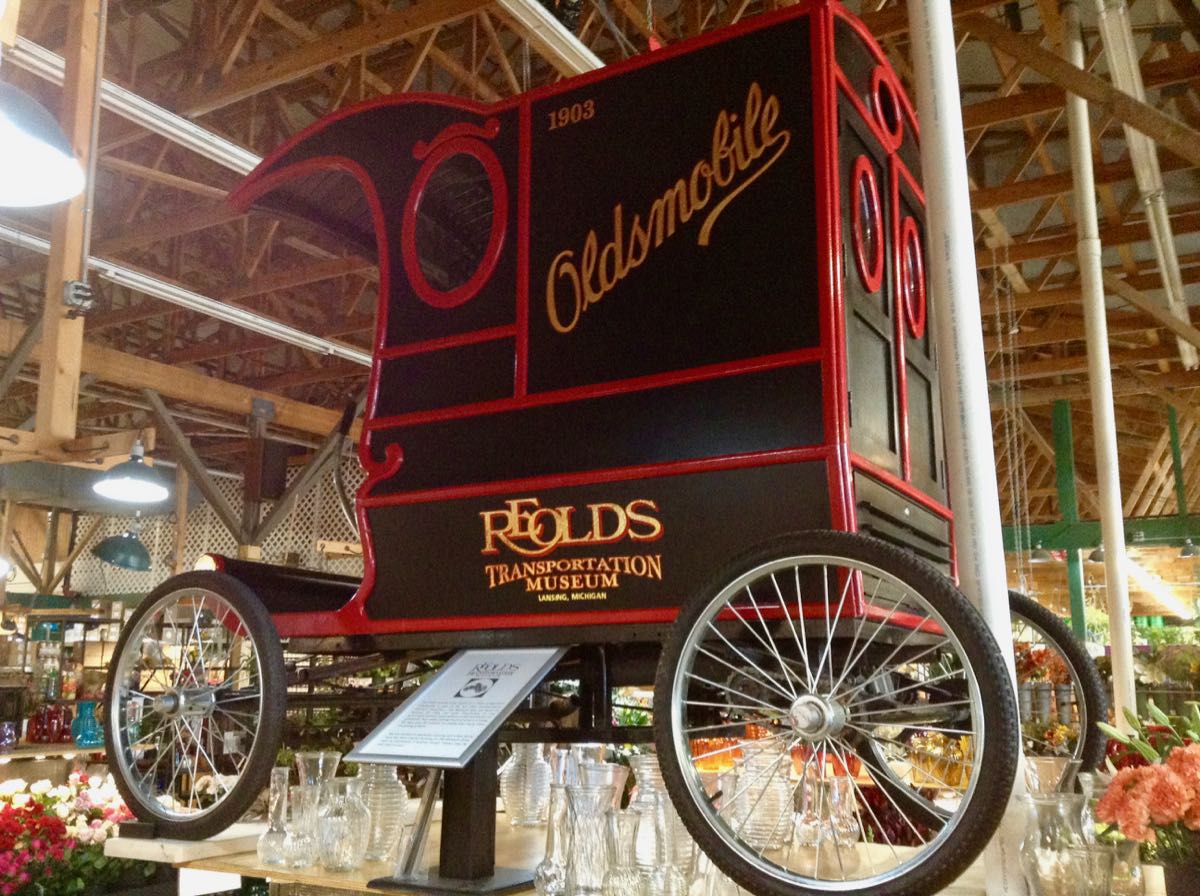 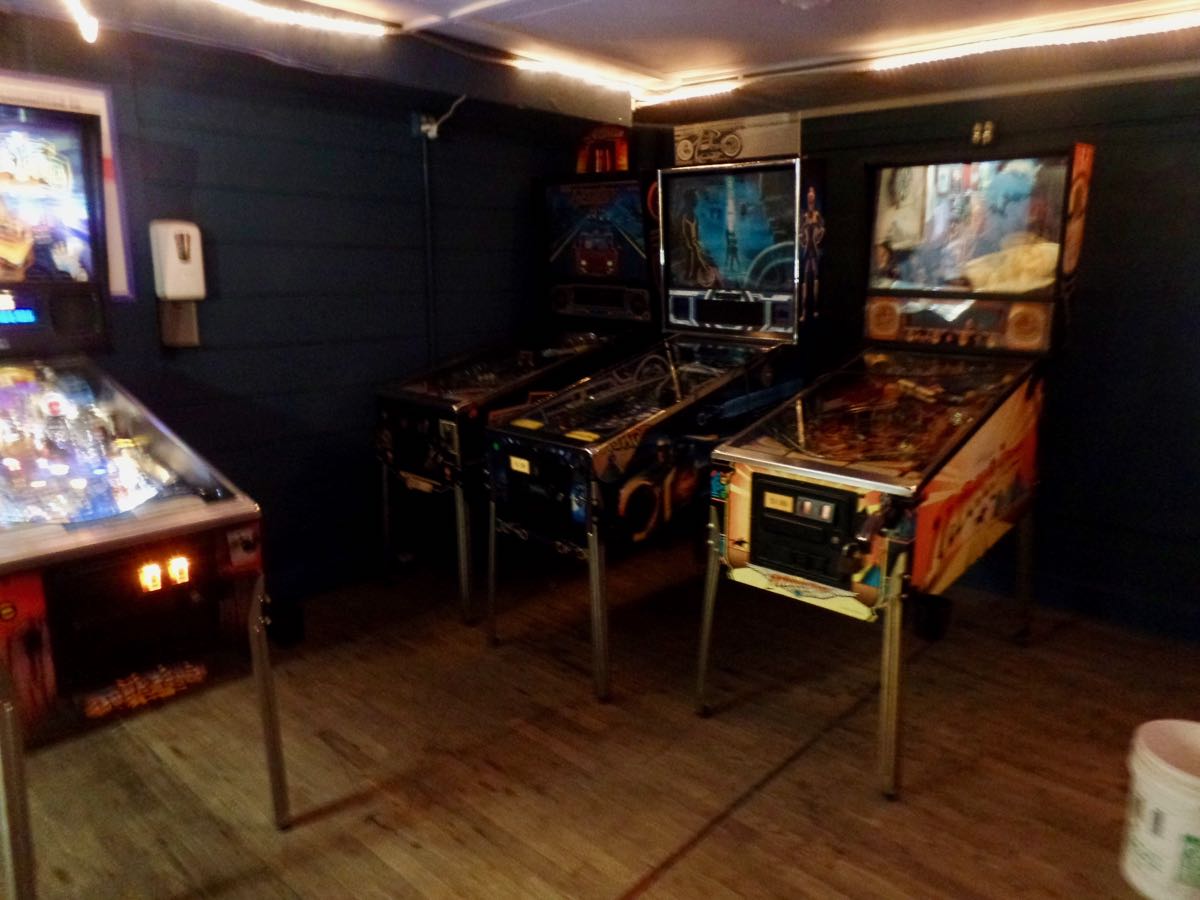 League night! And you see what's there in that darkest corner of the bar, turned off? That's right, the game we were supposed to play for the side tournament, Getaway. The one with the car in the background. Turns out they were only turned off because the ceiling was leaking, not because anything serious was wrong, but I didn't know that. So I pulled out the random-number generator to get a replacement table ... 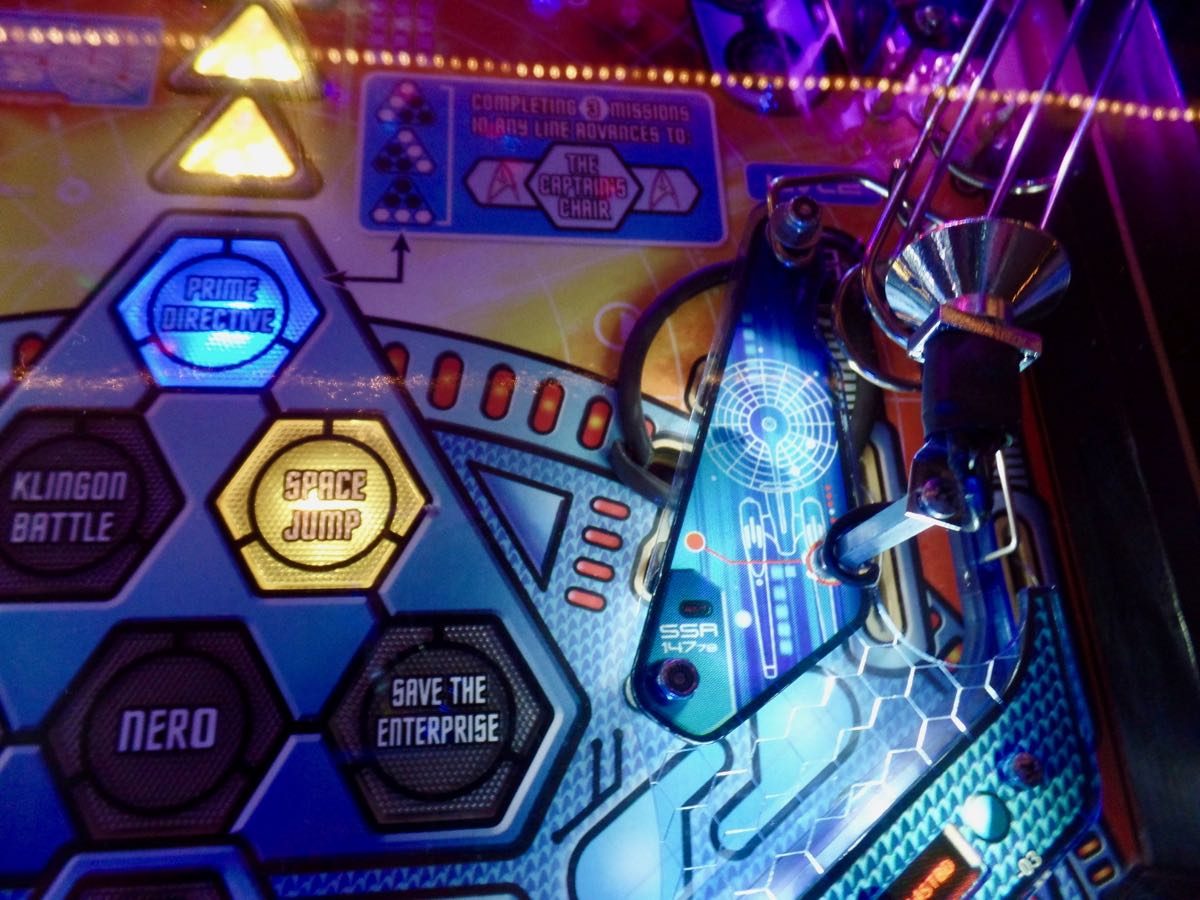 And here's the replacement table, Star Trek! Which ... uh ... OK, that rubber band there is supposed to go around that little triangular table, not fall loose like that. I mean, if you have that thingy hanging loose like that then ... 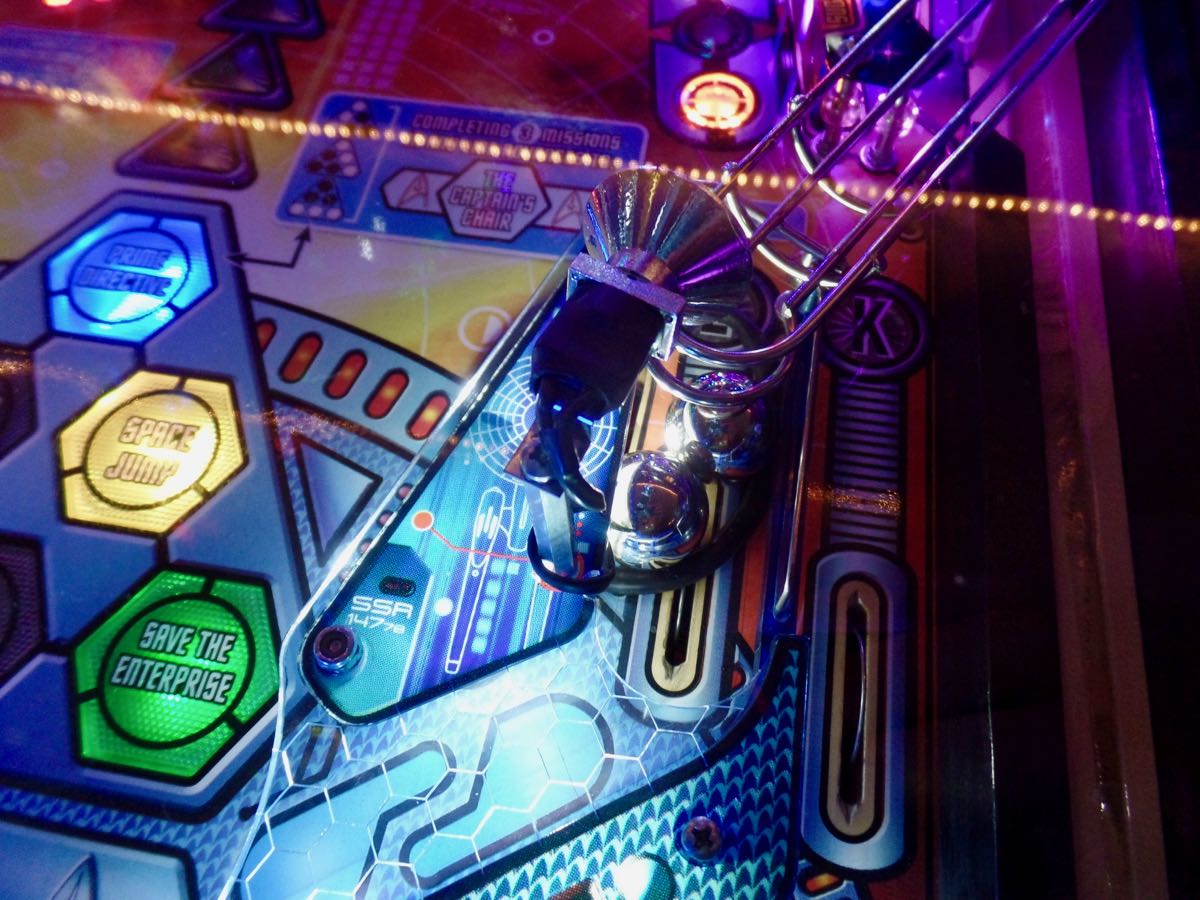 Yeah, you get this, where the balls get stuck and won't move. All right, so, I pulled out the random-number generator to get a replacement replacement table ... 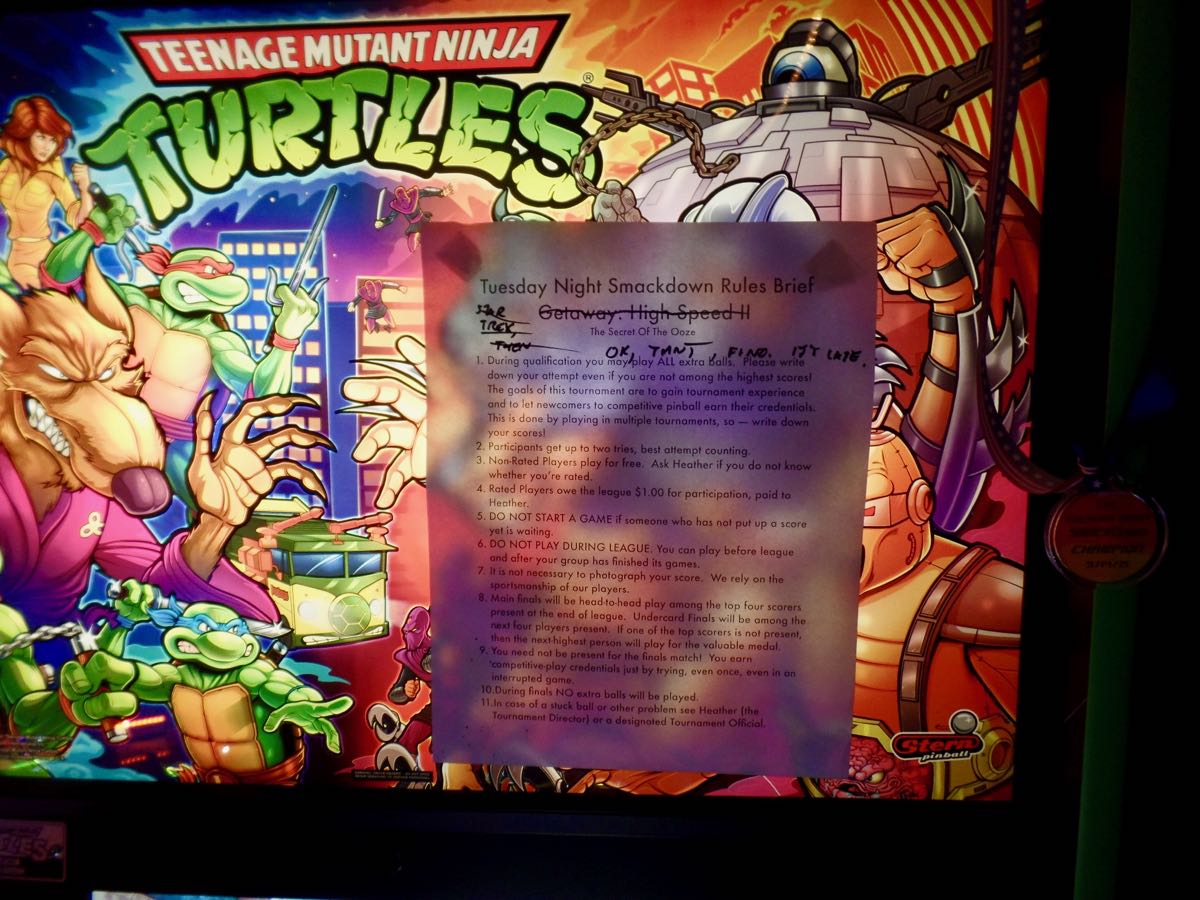 And here's the replacement replacement game. Note that I had in jest subtitled the game 'The Secret Of The Ooze' before it ended up applying to Teenage Mutant Ninja Turtles anyway. 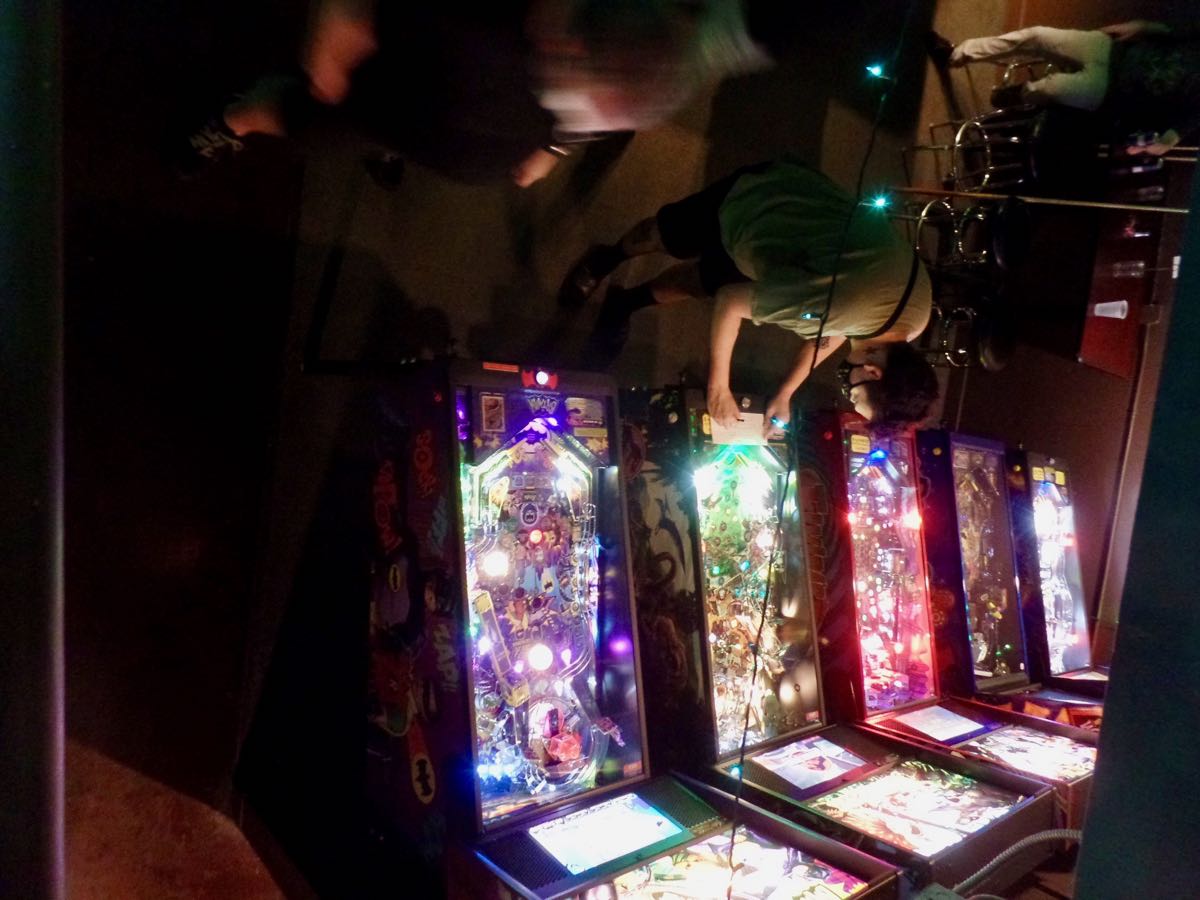 Pinball league in a time of the plague. One of our players writes down scores while, mercifully, wearing the mask we've insisted on for league players. Everyone who wears their mask before and after league? We like better. Everyone who's clearly only doing it so they don't hassle us? ... We tolerate, but, jeez, people, what are you not understanding? 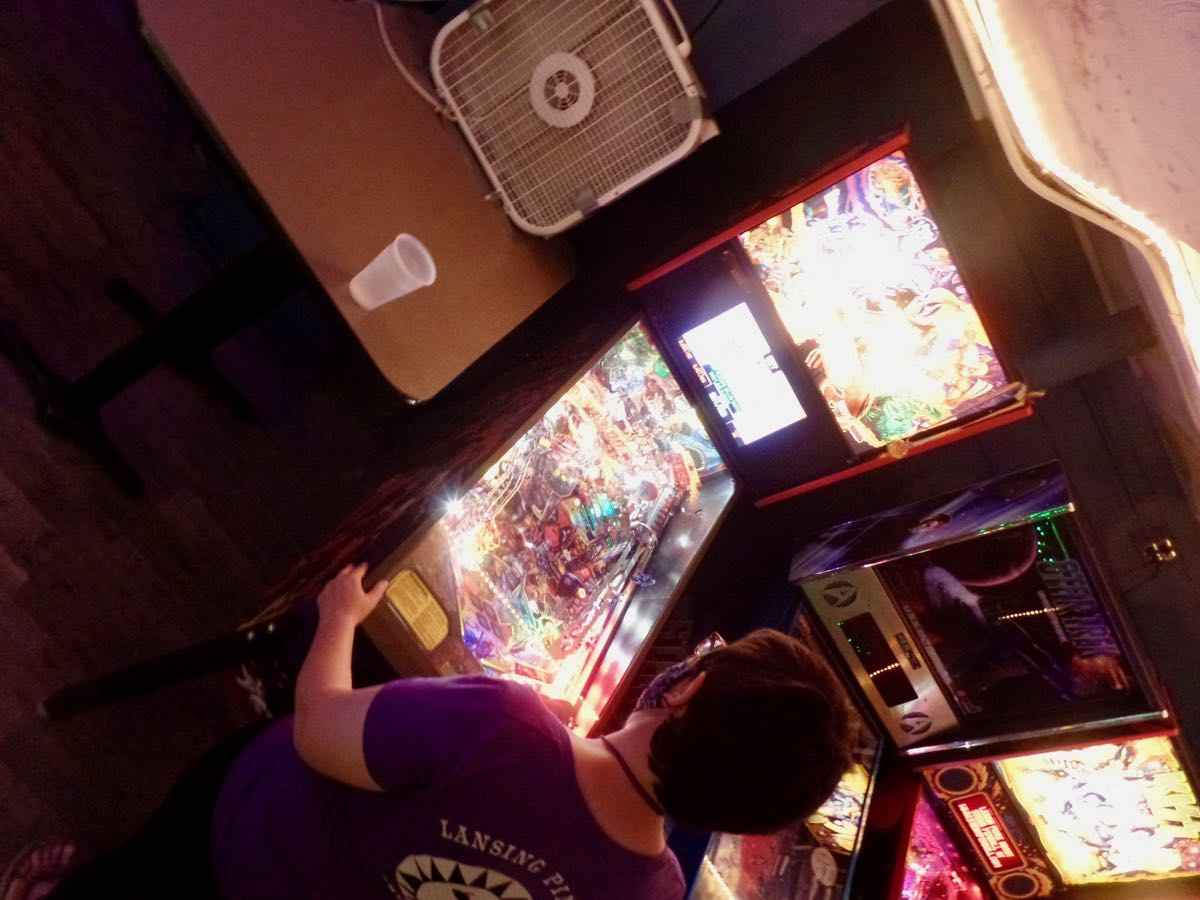 bunny_hugger, in the B division of the side tournament, playing Deadpool for the first time in eighteen months and beating her competition despite barely remembering anything about the game. 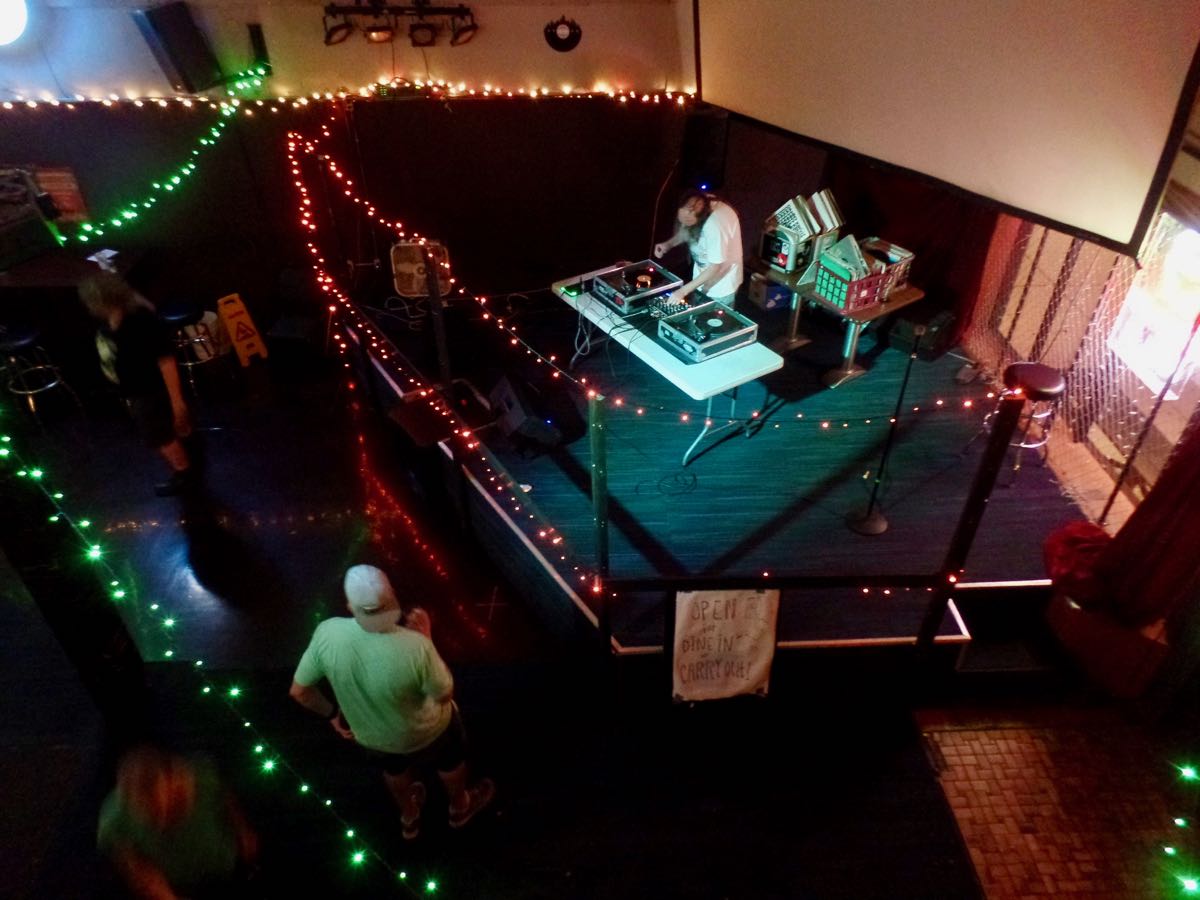 DJ getting the loud part of the night under way.

Trivia: The gabelle, the salt tax, was first raised in France in 1341, at the beginning of the Hundred Years War. Source: The Great Hedge of India: The Search for the Living Barrier that Divided a People, Roy Moxham.

Currently Reading: Lost Popeye Volume 12: The Seagoosk Tom Sims, Bela Zaboly. Editor Stephanie Noelle. Fun story about Popeye finding the goose that lays rubber eggs, because the goose is rubber. Noelle includes a content warning up top that racist Japanese caricatures appear in the story so it'll be interesting to see how this one goes off the rails.