So are you ready for anything except photographs of an amusement park visit? Too bad! Here's the photo reel from that Cedar Point birthday trip, as described earlier this week around here. Enjoy! 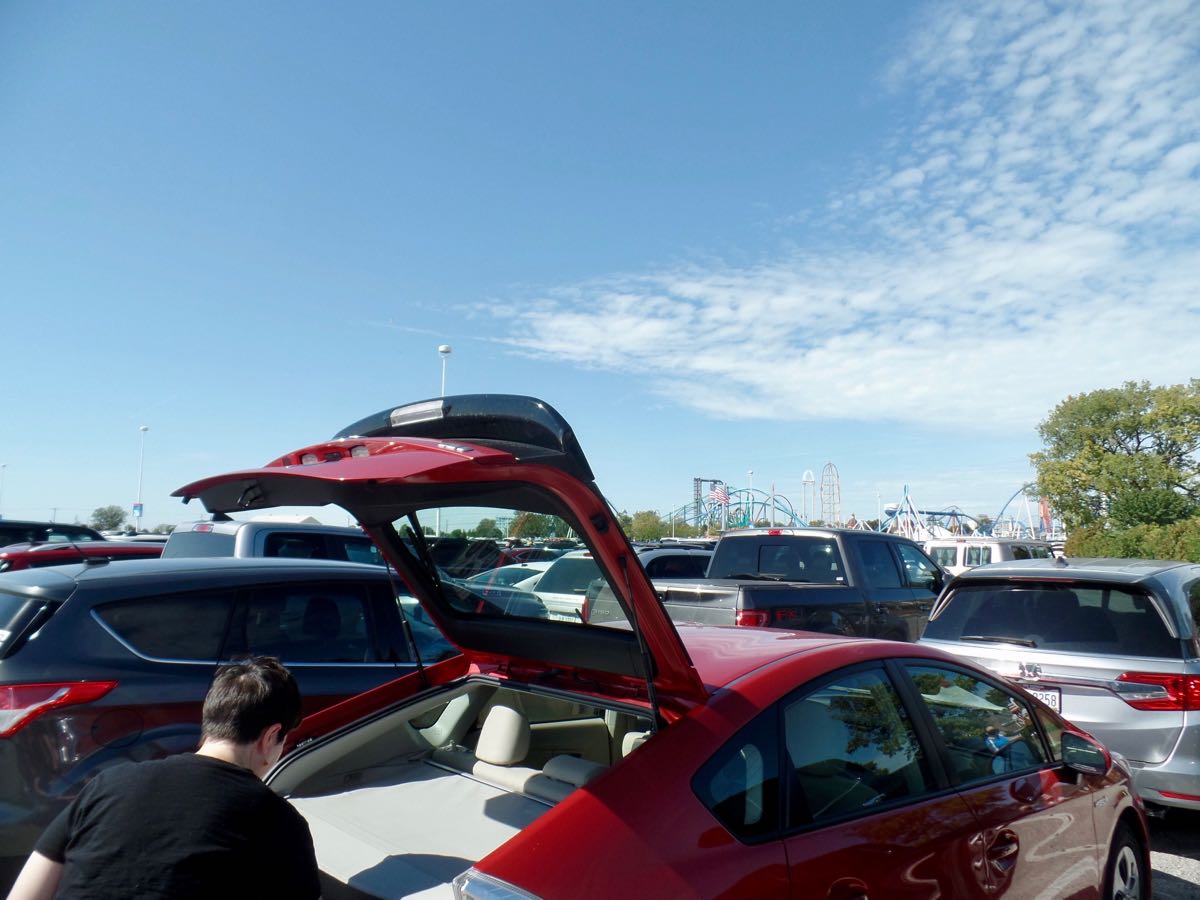 My new car at its first parking spot in Cedar Point, first of I hope many. 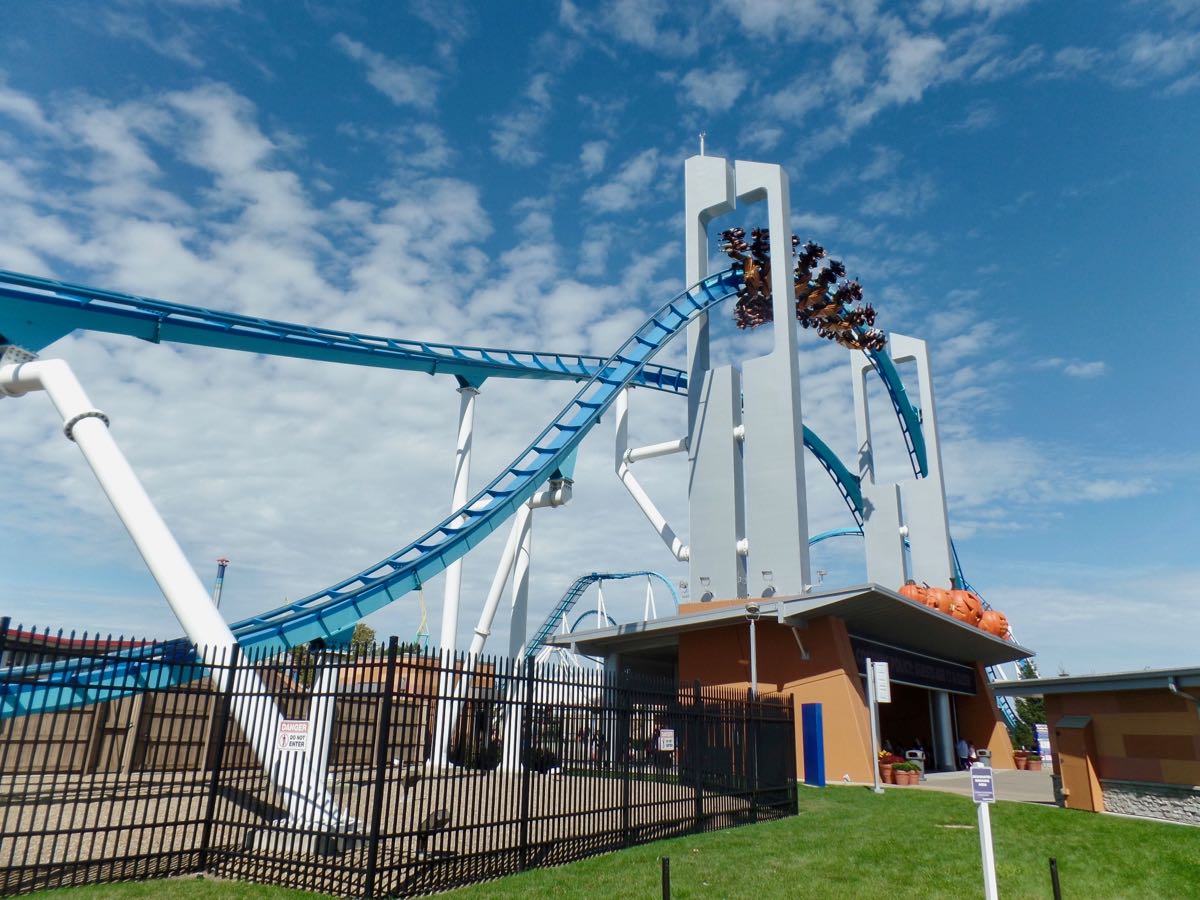 GateKeeper train passing through the needle over the front gate. I don't remember photographing the train from this angle before. 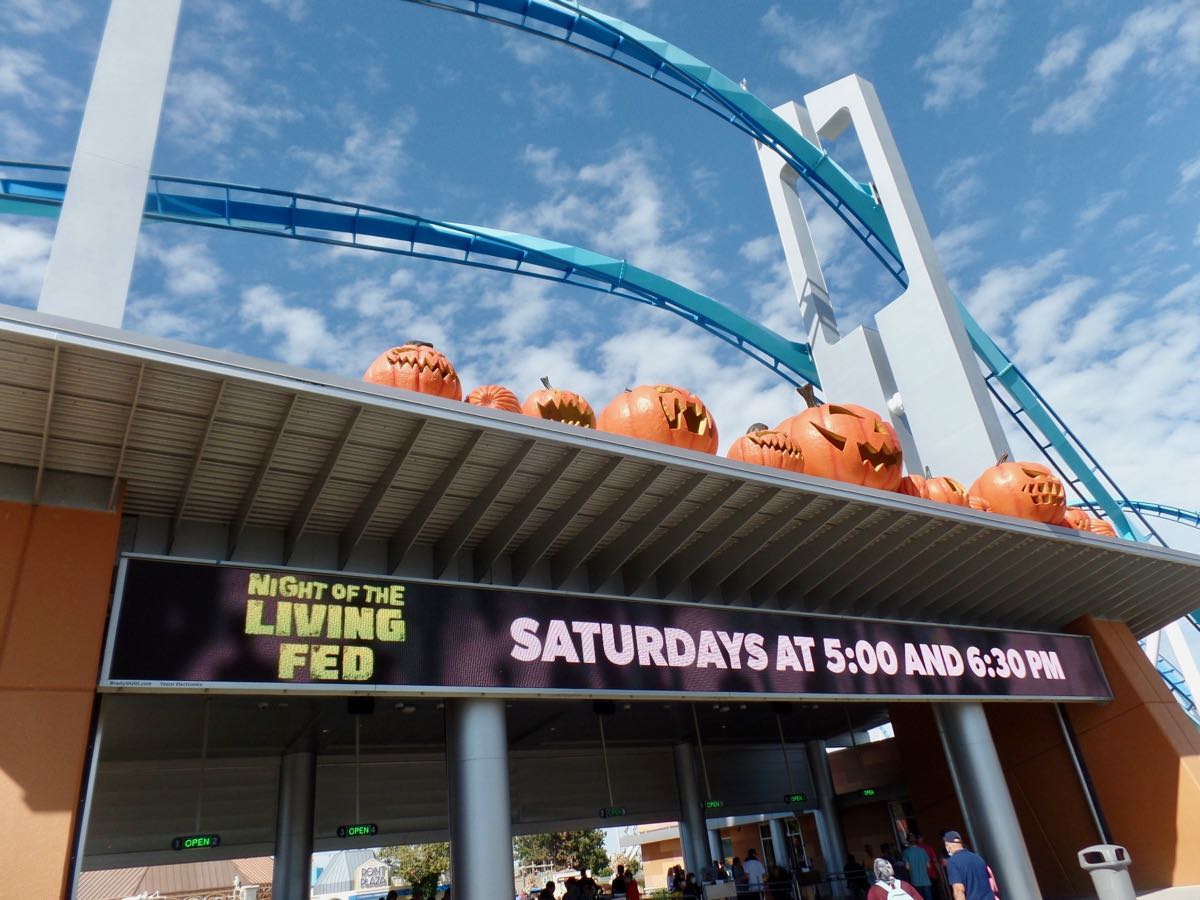 The jacks-o-lantern are back for Halloweekends. 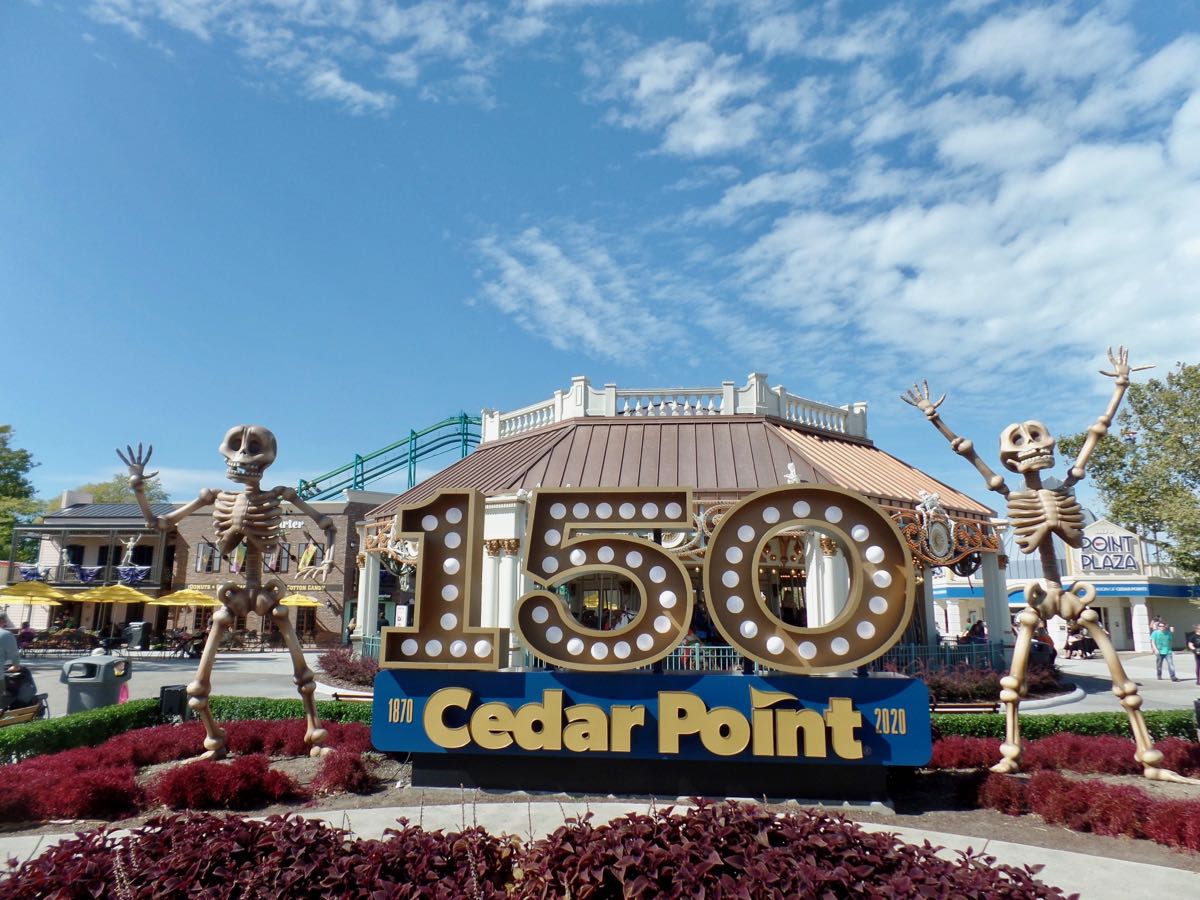 Skeletons flanking the 150 Years lighting. Also the velvet ropes limiting but not actually blocking off that tiny walkway for some reason were gone for some reason. 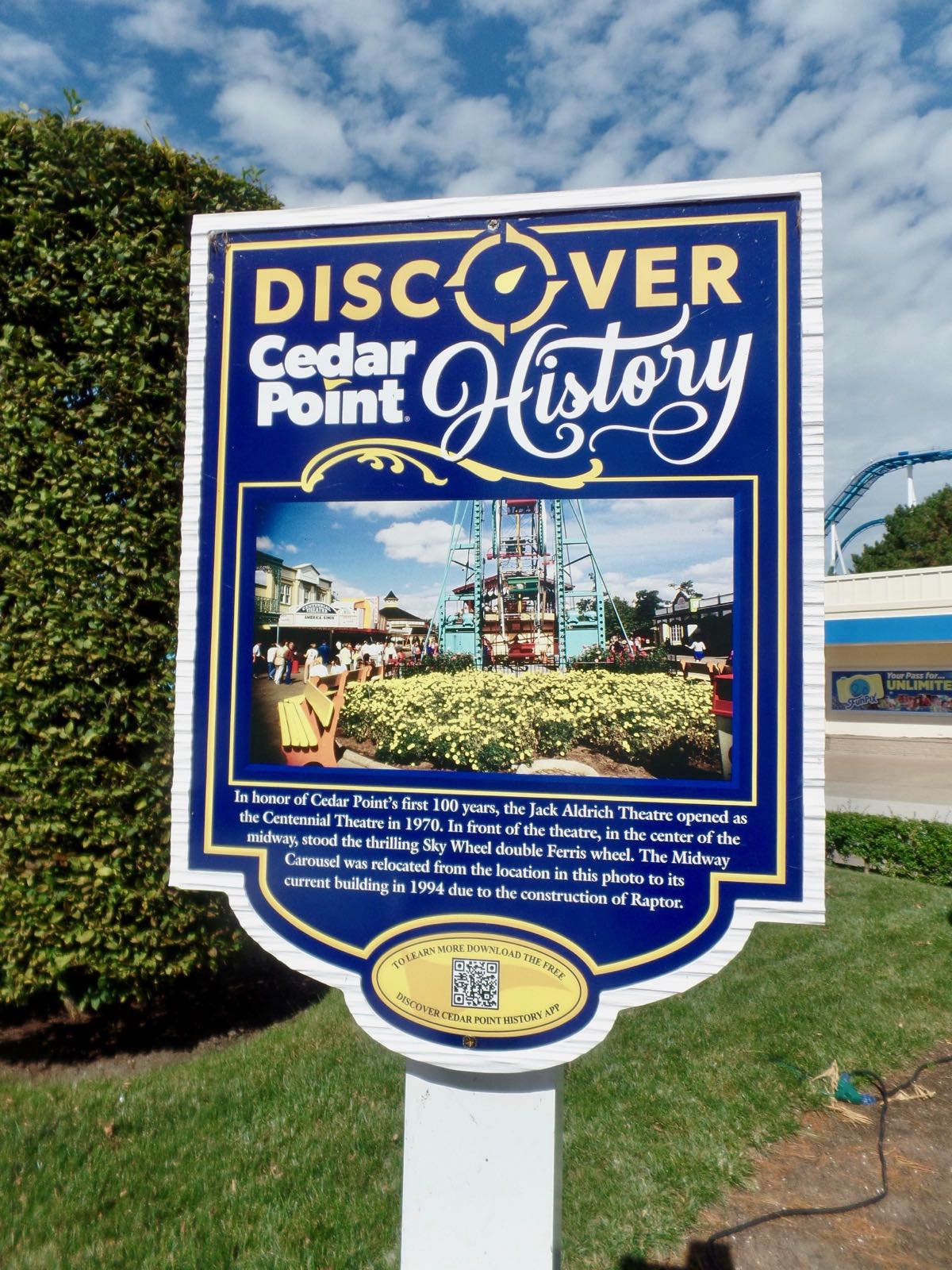 Noticed more of these Cedar Point History signs; here's one about the Jack Aldrich Theatre, where they were holding the Midnight Syndicate shows again. 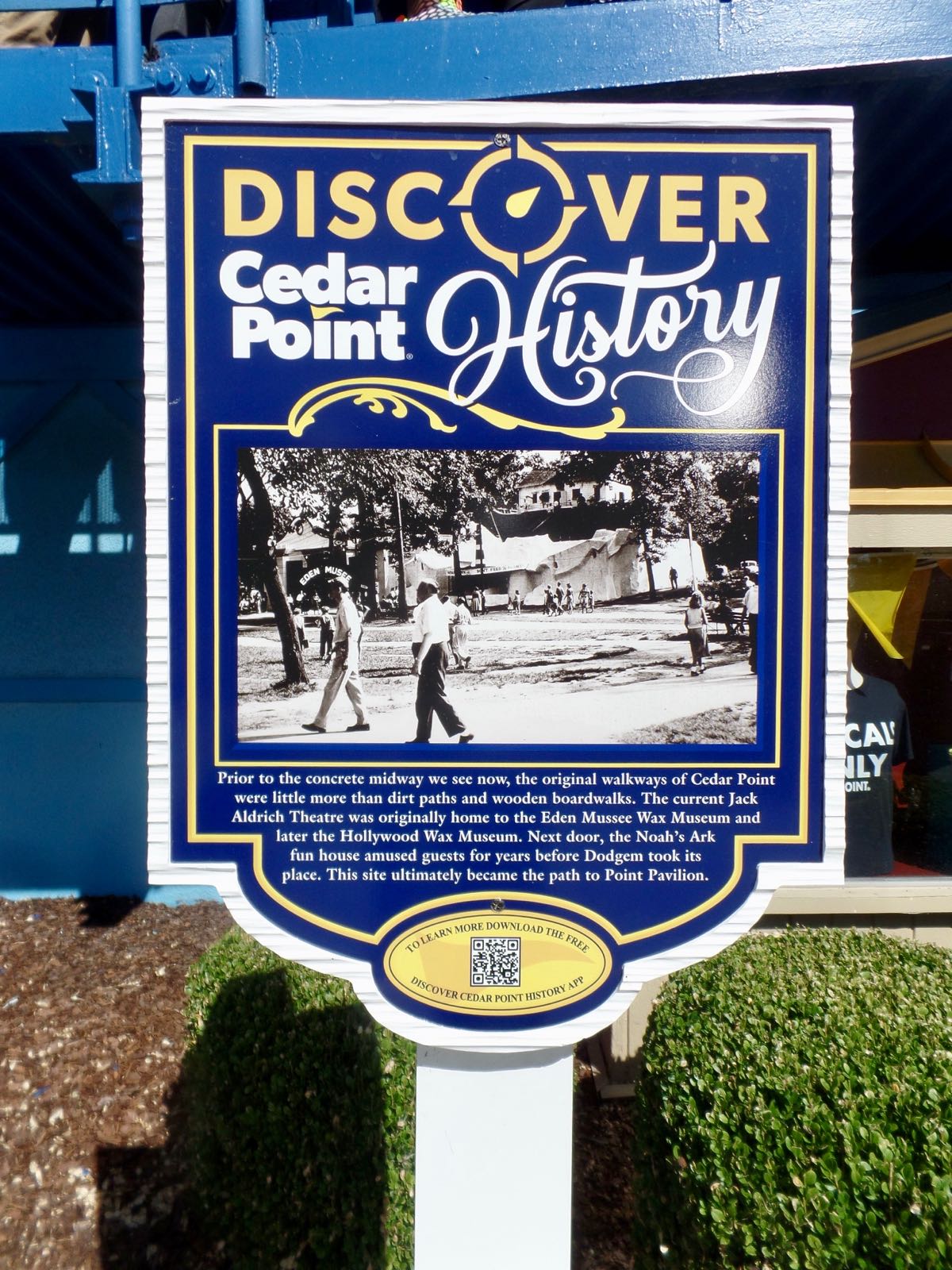 Also turns out they have different text on the opposite sides of these signs so I'm going to have to go back and re-look at a lot of them. 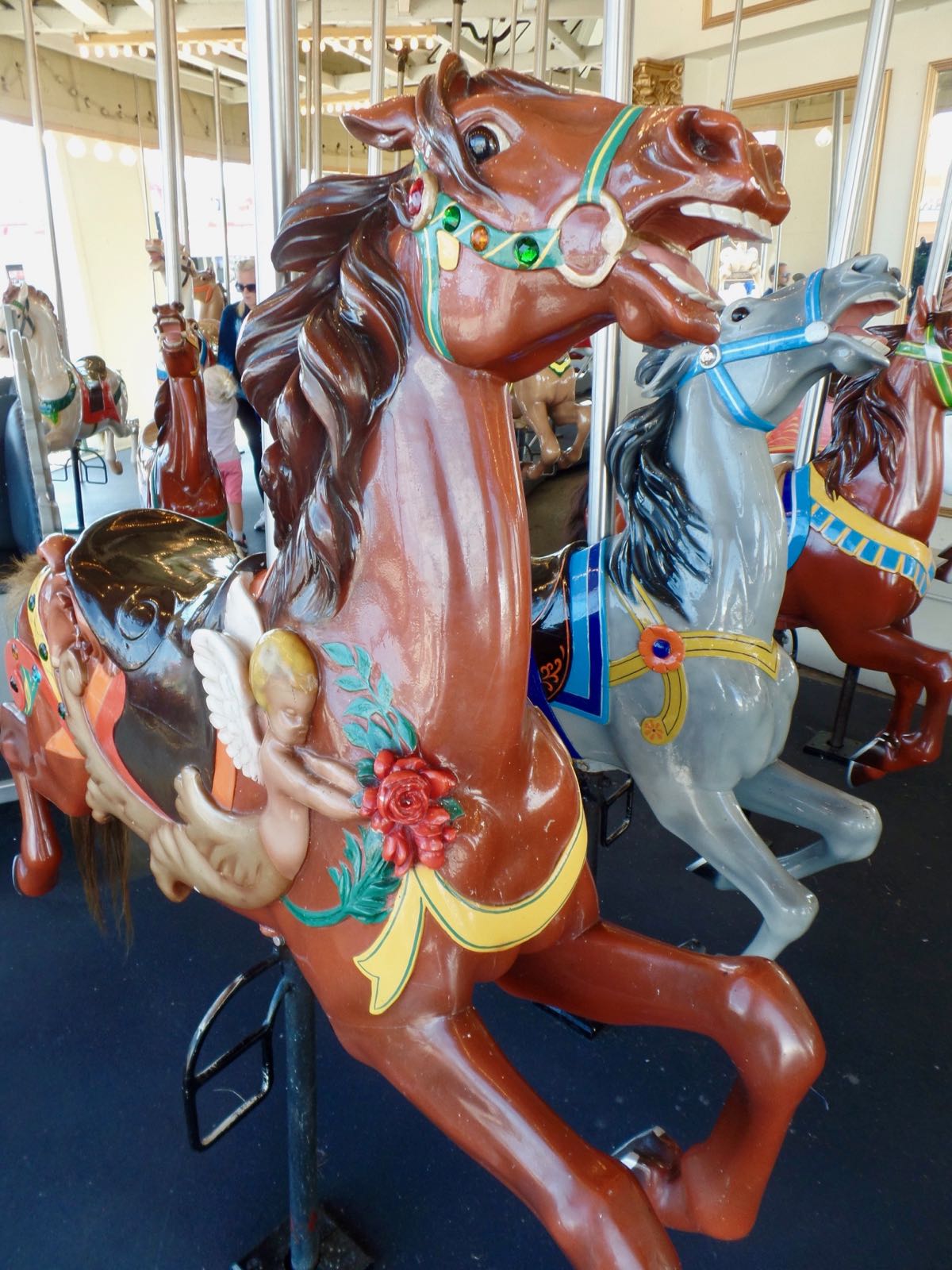 The horses we rode on the Midway Carousel.

bunny_hugger gave me the outside horse because, you know, birthday. 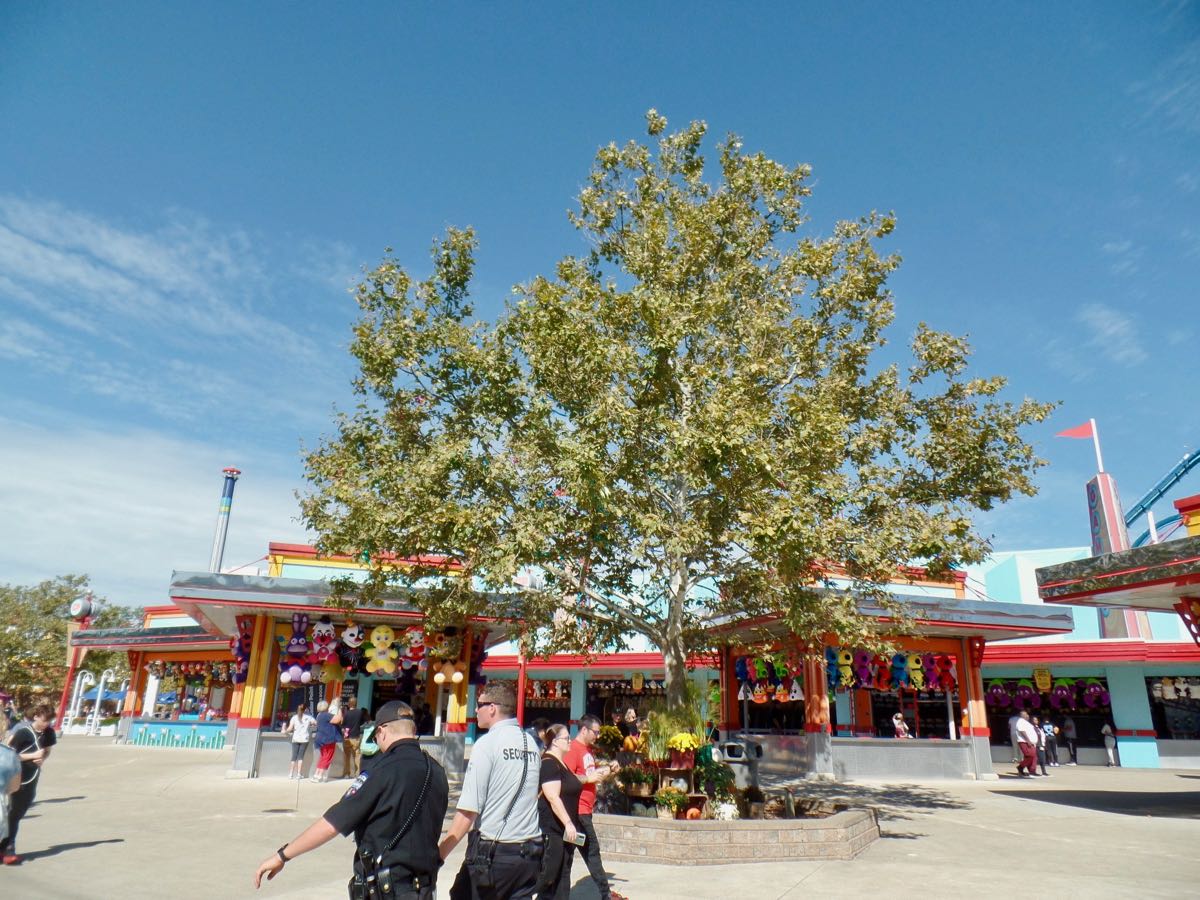 Why take this picture of an unremarkable tree? Because its branches are full of those strips of confetti from the Celebration Parade, which hadn't run in over a month before this photo was taken, that's why. That's how much confetti they launched for the parades. 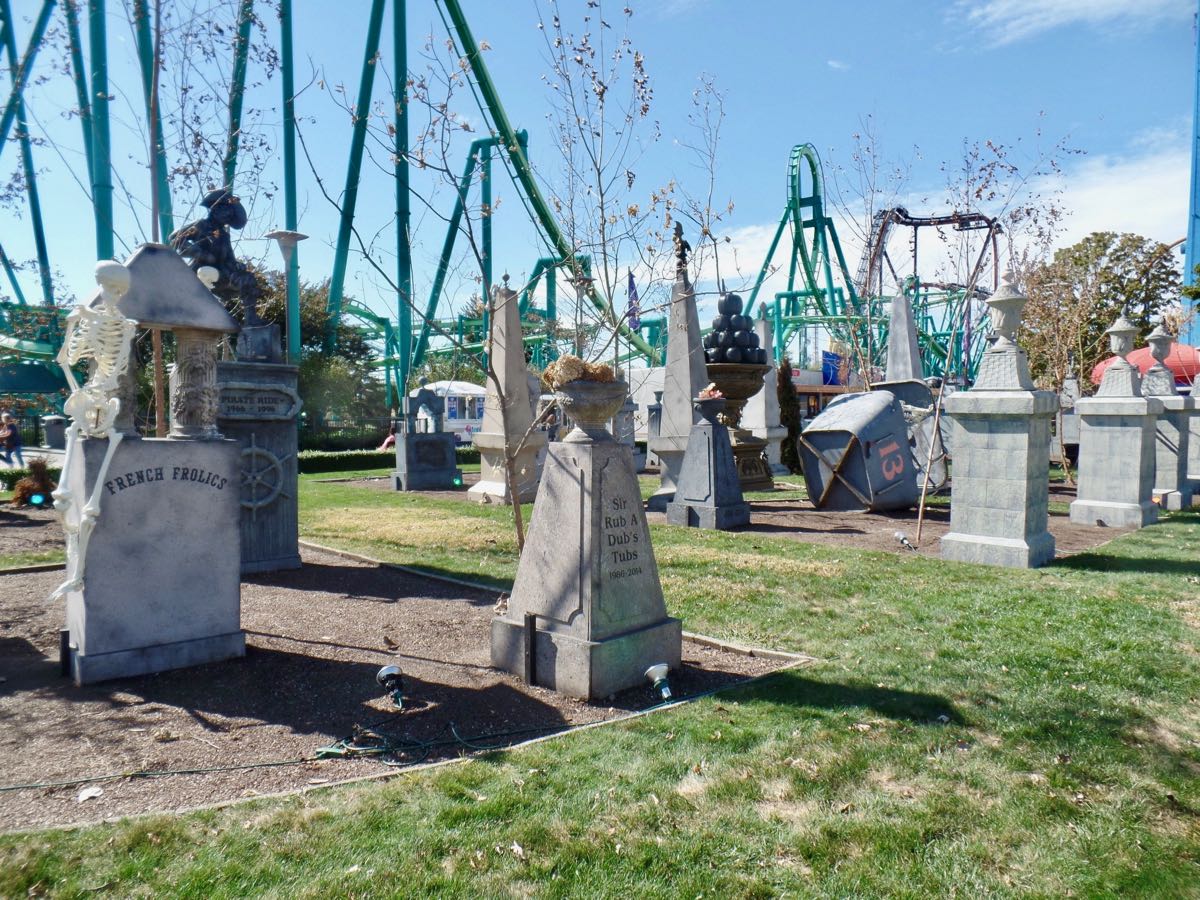 One of my traditional pictures of the rides graveyard, including the Sky Ride car underneath the Sky Ride path. 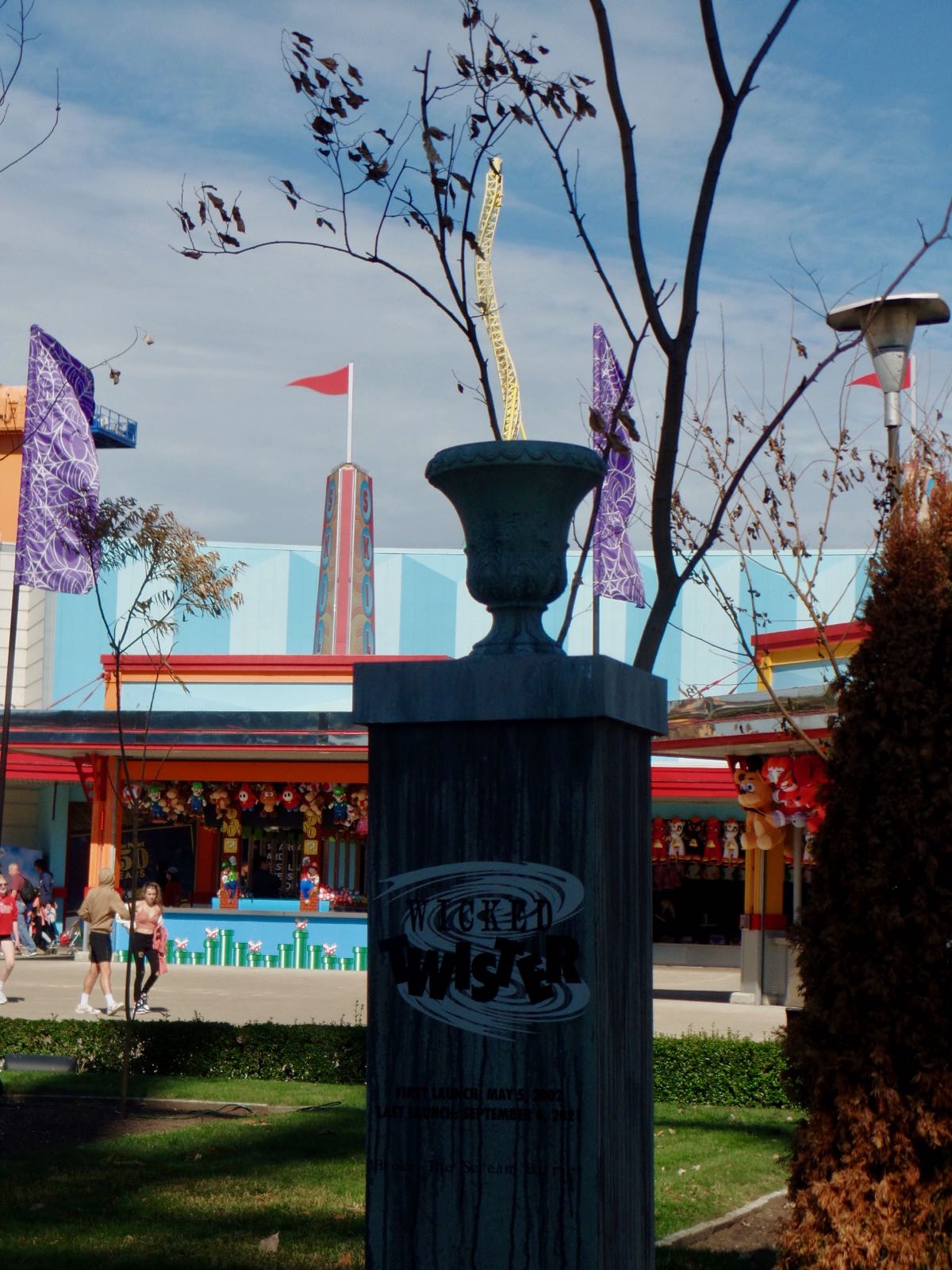 A picture many people are taking this year: the grave marker for Wicked Twister, with one of the spires of Wicked Twister --- still intact and without any obvious work done to demolish it --- in the background. 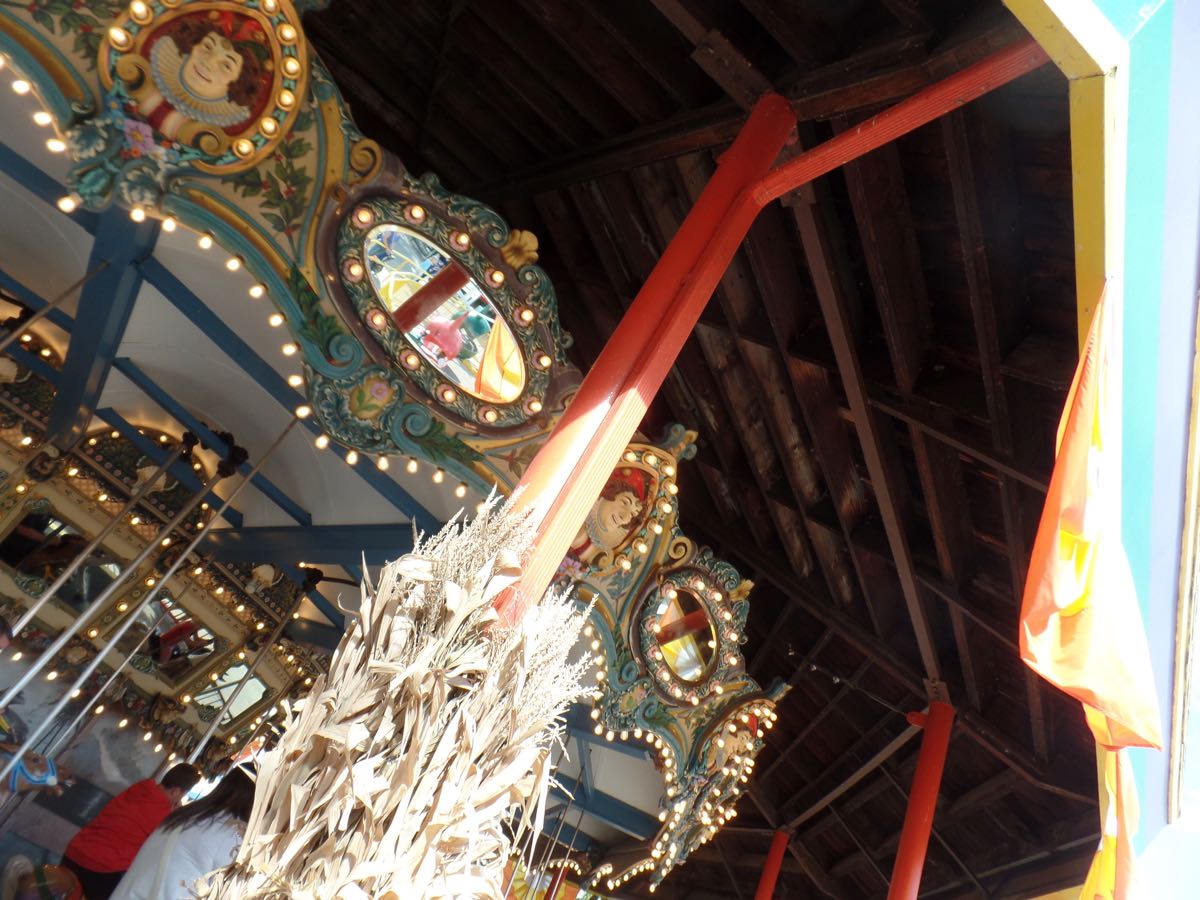 Kiddie Kingdom Carousel, showing some of the corn decorations used to Halloween it up. 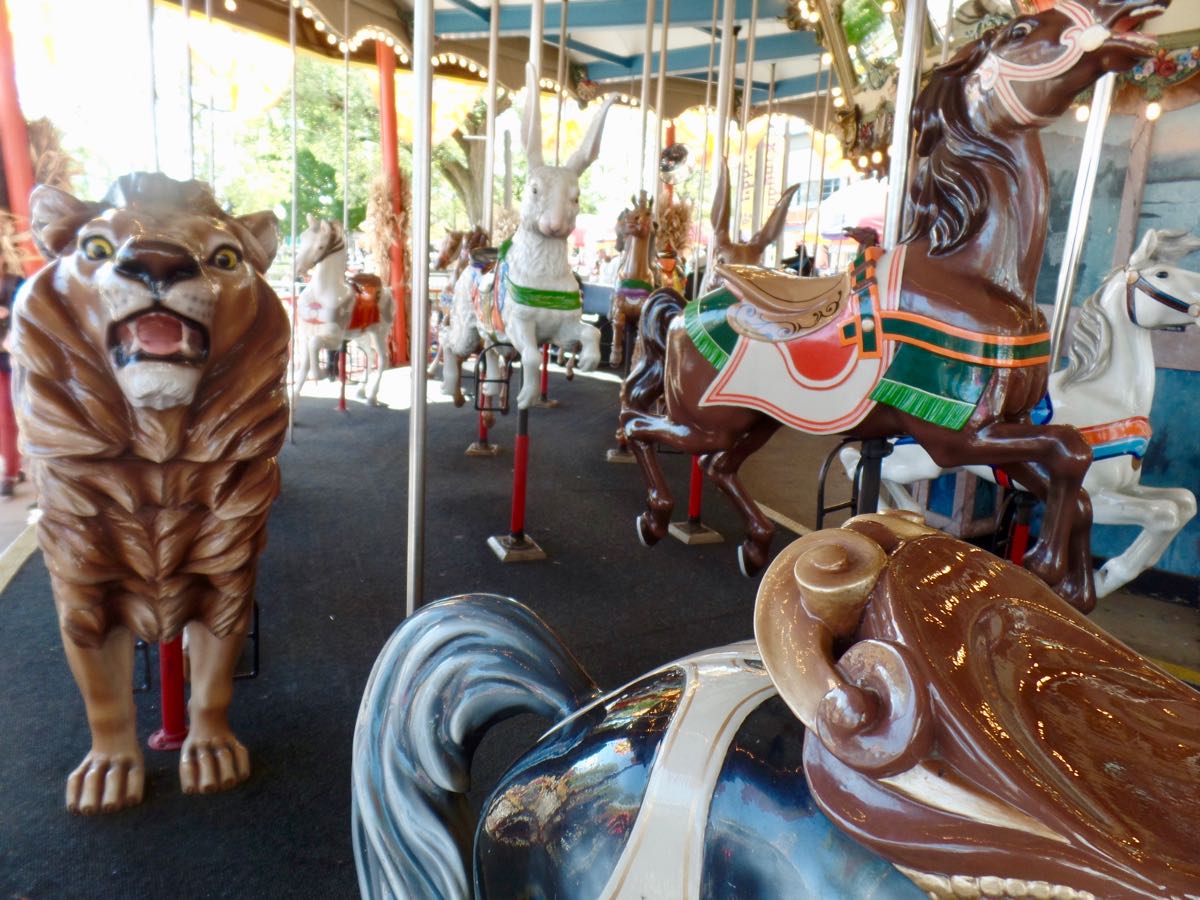 Some of the animals on the Kiddie Kingdom carousel, including the rabbits.

Trivia: By the 2nd of February, 1895, the United States Treasury held less than $10 million in gold. The minimum most believed the Treasury needed to keep the government sufficiently fluid was $100 million in specie. Source: The Money Men: Capitalism, Democracy, and the Hundred Years' War over the American Dollar, H W Brands.

Currently Reading: Lost Popeye Volume 12: The Seagoosk Tom Sims, Bela Zaboly. Editor Stephanie Noelle. Actually the racist depictions of Japanese people are not an interesting way to go off the rails. The Popeye-ish mispronunciation of the enemy (and everyone picking up on that) could almost defuse the racist depictions by making the targets a fictional people except, jeez. If it were just the name and their being sinister maybe that could have been pulled off but, no. (And yes, I understand why Sims and Zaboly would write like that in 1942 but I don't have to like it in 2021.)