My mathematics blog's dwindled back to one post a week, but in my defense, ugh. Here's the last couple weeks' worth of things:

Now, let me share pictures from the pinball league finals, just a few days after I told you how finals went. I know, it's hard to synch these pictures up with the events, but remember the days when they were like 16 months out of synch? Back when the pandemic started? This is better than having things to do, I guess. 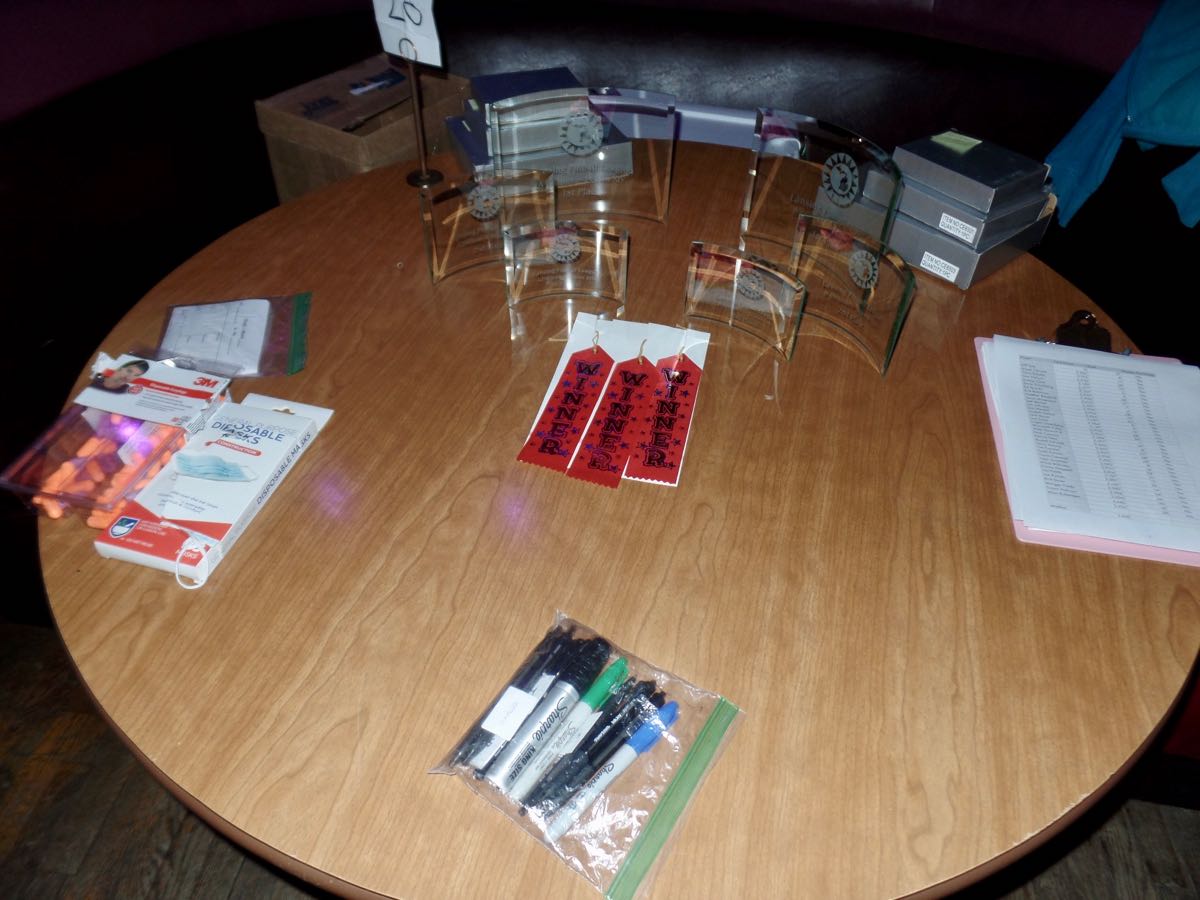 The championship table: we had again the traditional curved-glass trophies for the top three finishers in each division. And Winner ribbons to give out to the people who'd been most-improved over the season and best individual game and also worst individual game. Also, earplugs for after the DJ gets started at 9 pm. Also facemasks for people who somehow go out in public without one. 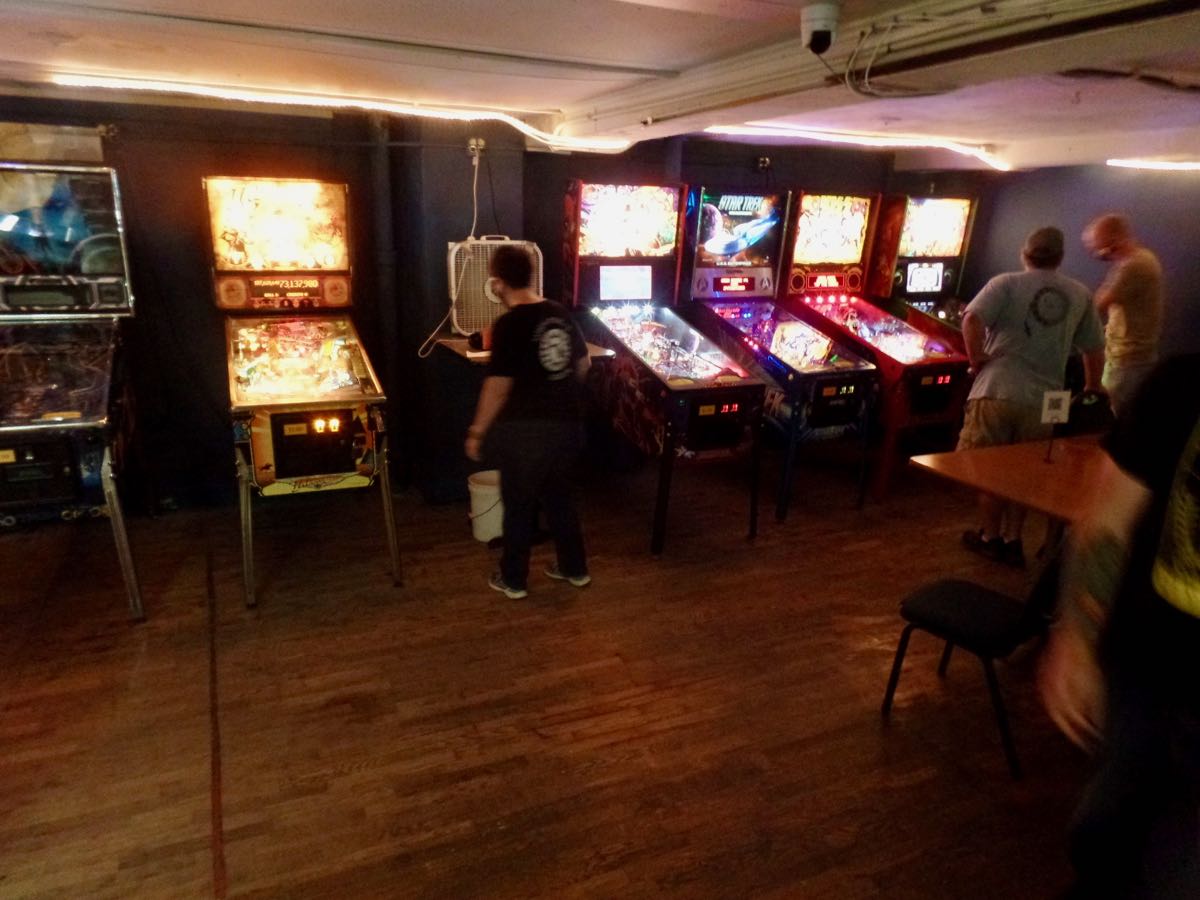 You can tell how long it's been since

bunny_hugger played pinball regularly that she's waiting for the tilt to settle down on the table holding the fan. Yeah, yeah, probably she's just recording a score result. You may notice a bucket underneath the table; that's for when the ceiling leaks. 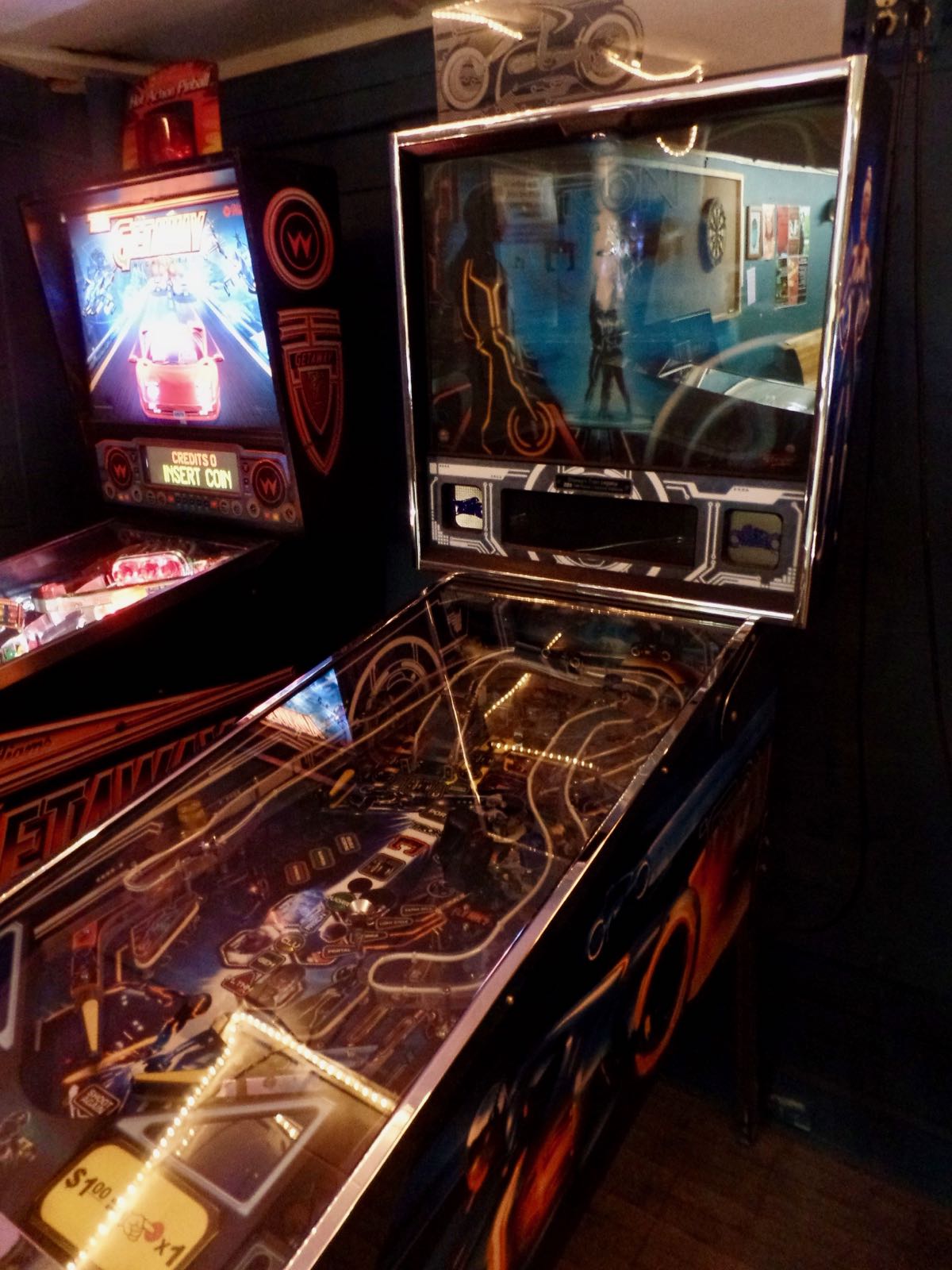 TRON? Looks more like TROFF, thank you. I'll be here all thorugh the 80s! 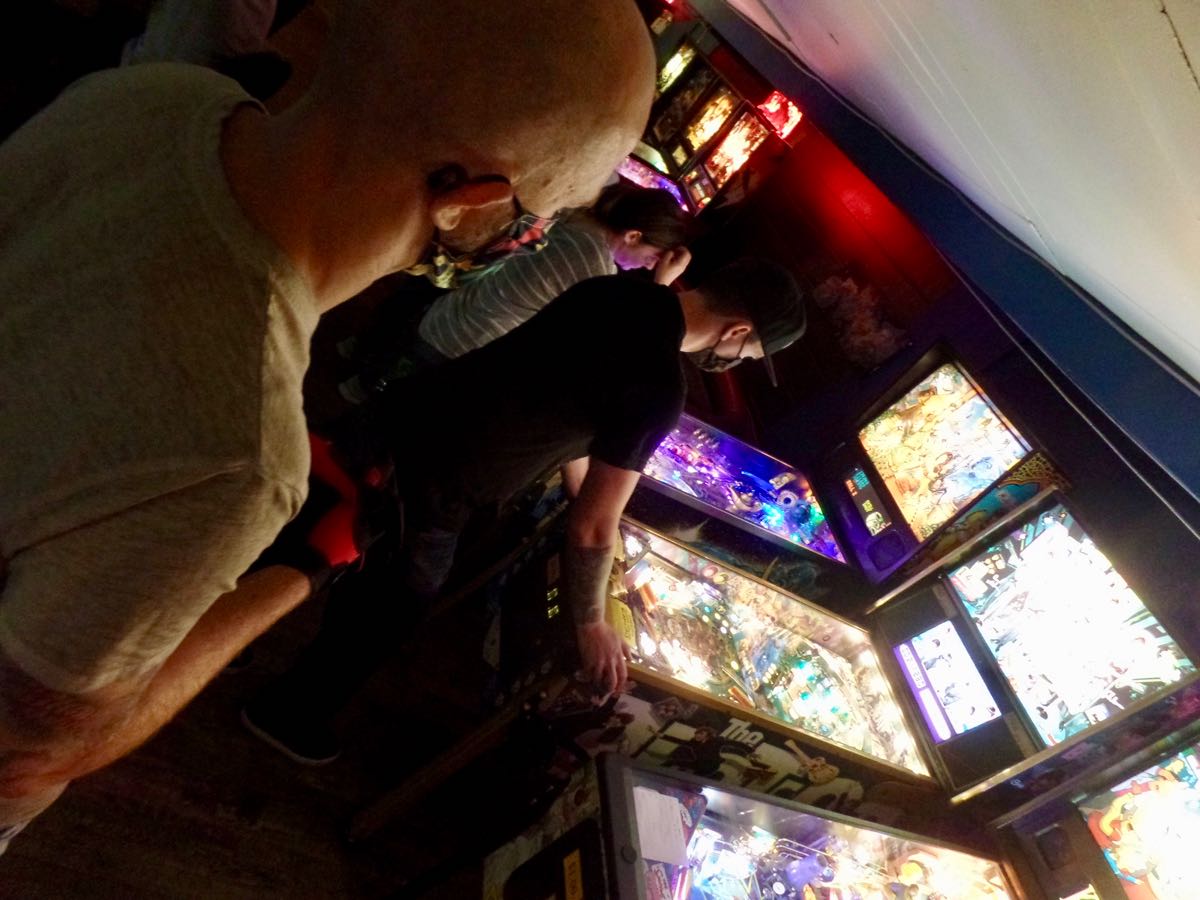 The Beatles was a surprisingly popular table for competition, although not with me, even though it's maybe the game I most want to play every time I'm there. 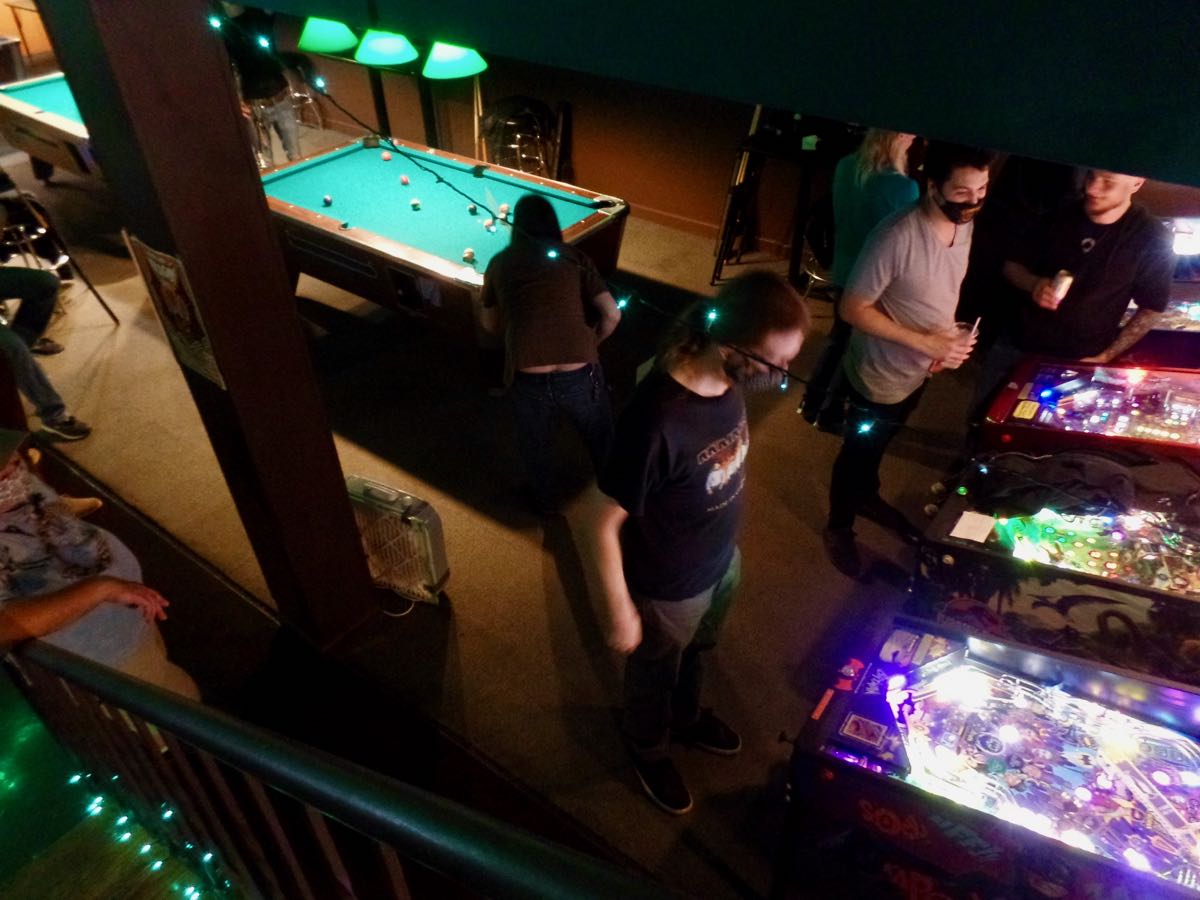 Stepping up to Batman 66 and pondering how to deal with this mess of a game. 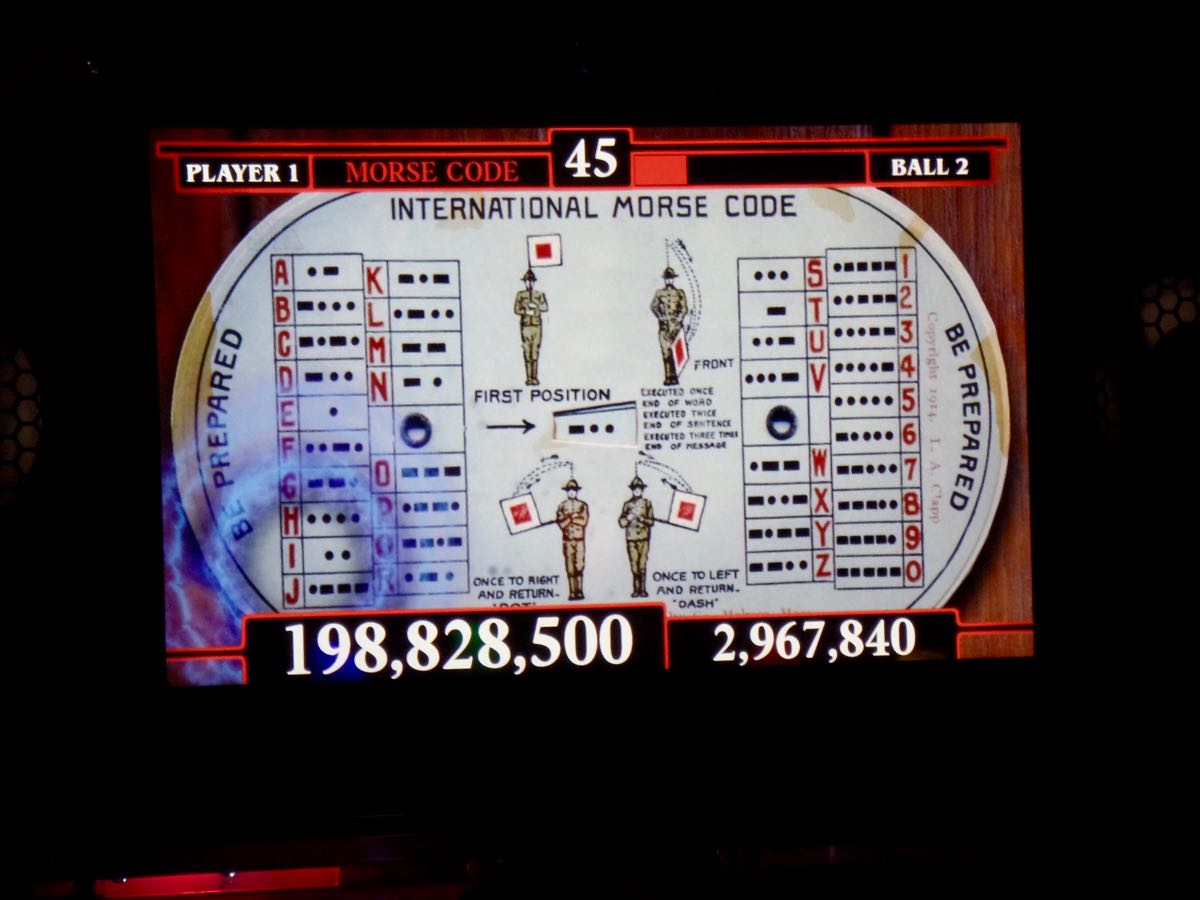 So, someone's got a bit of a hole to dig out of for ball two of Stranger Things. 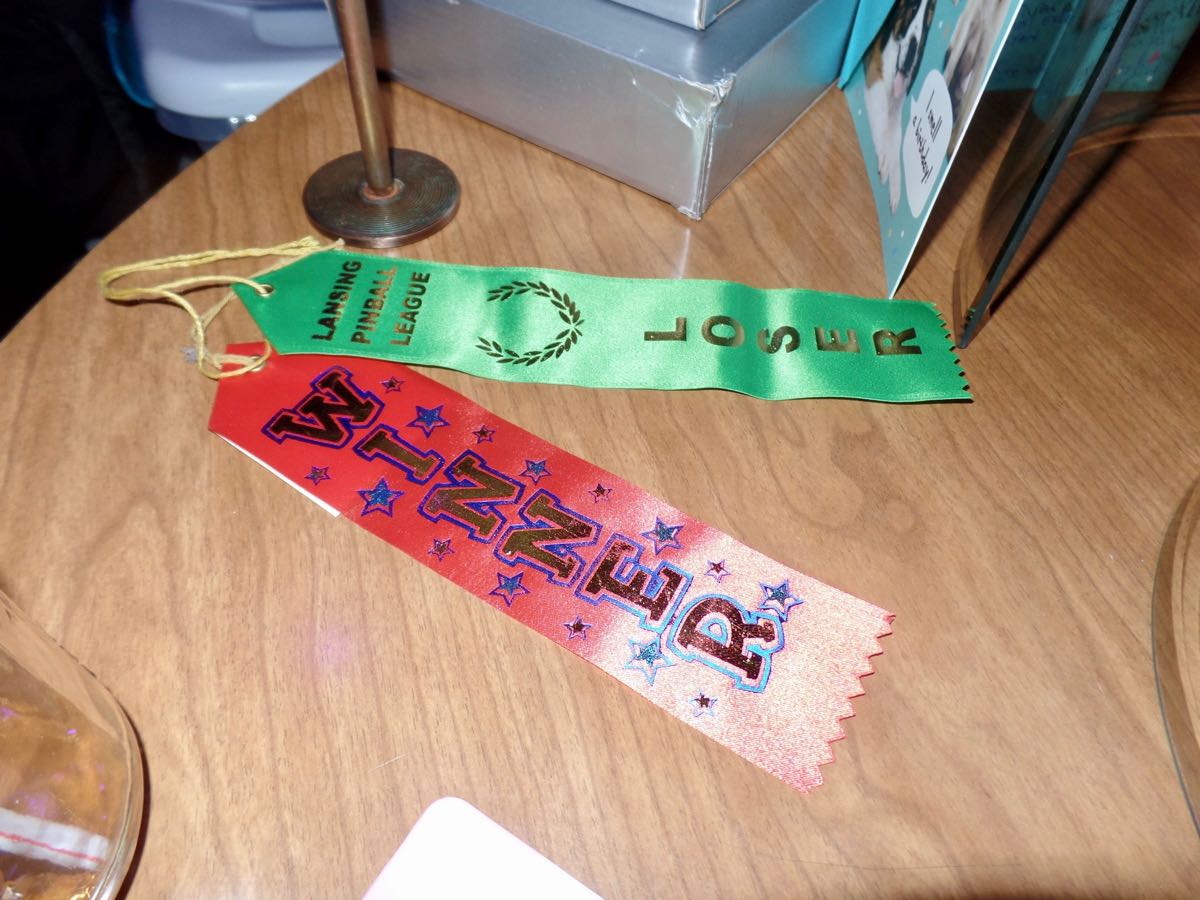 The duality of pinball. I got the Winner ribbon for best individual game (an Elvira's House of Pancakes that was startlingly better than the group average) and a loser for not finishing top-three in either division. 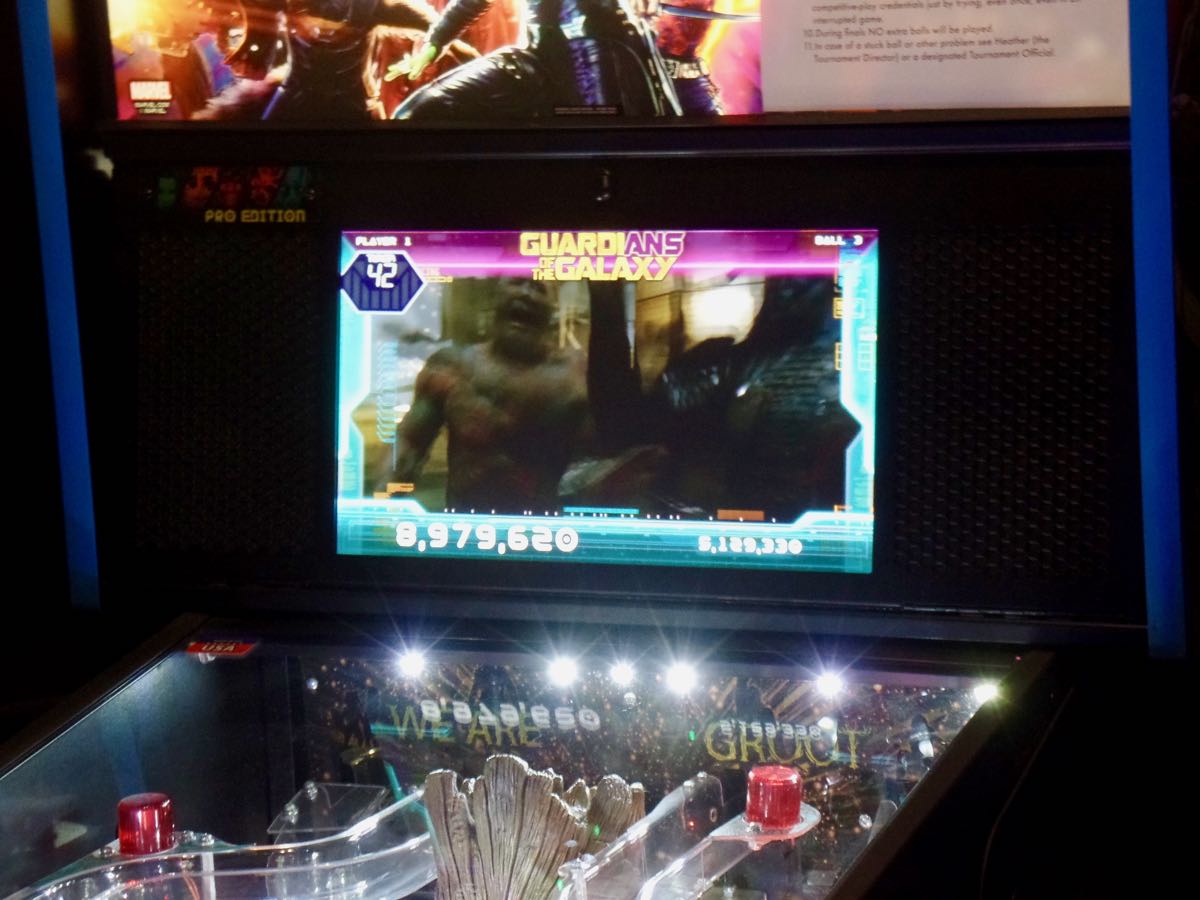 The titanic struggle to determine #1 and #2 positions in the league! And ... on ball three, the score is nine million to five million. On a game where you can usually get about thirty million points just flipping randomly while not looking. You know, sometimes, even the best players just can't put the game together.

Trivia: Plans considered for Chicago's second municipal airport in the 1940s included an airport on stilts above a railroad yard, filling in the wetlands at Lake Calumet, or building an artificial island in Lake Michigan. (Ultimately building at Orchard Place, 15 miles northwest of the city center, won out.) Source: Naked Airport: A Cultural History of the World's Most Revolutionary Structure, Alastair Gordon. (Meigs Field, opened in 1948, was built on an artificial peninsula in Lake Michigan.)