So an update on the exhausting saga of my car insurance. My mother sent in the notarized letter authorizing the insurance company to apply for a new title. And wrote in, and signed, that by ``the insurance company'' she meant AAA, a thing that they could have clarified sooner for me. I waited through last week in anticipation of another round of declarations that this, too, was wrong, and they couldn't get the title until my mother sent a new letter altogether.

Instead, Monday, in a letter I assumed was the new insurance cards (the old cards expire Friday), was my settlement check. Apparently everything was just fine, and all this nonsense and the sorry saga of my lost car was behind me.

For reasons I cannot bring myself to understand, they wrote the check out to me and to

bunny_hugger and to my mother. With the connective and, rather than or, so we all have to sign it. My mother told me to forge her signature, or have

bunny_hugger do it because I write too small. After all this rigamarole I'm not willing to risk that Yours Truly, Johnny Dollar isn't going to check whether her endorsement looks at all like what's on the notarized letter or possibly letters she's sent.

So I've sent it, signature-requested delivery, to my mother so she can sign it and send it back. If there's any mercy in the world sometime next week

bunny_hugger can endorse it and then I can scribble my name --- fortunate I write tiny so there'll be room for me --- on the back and make a year's worth of payments on the replacement. 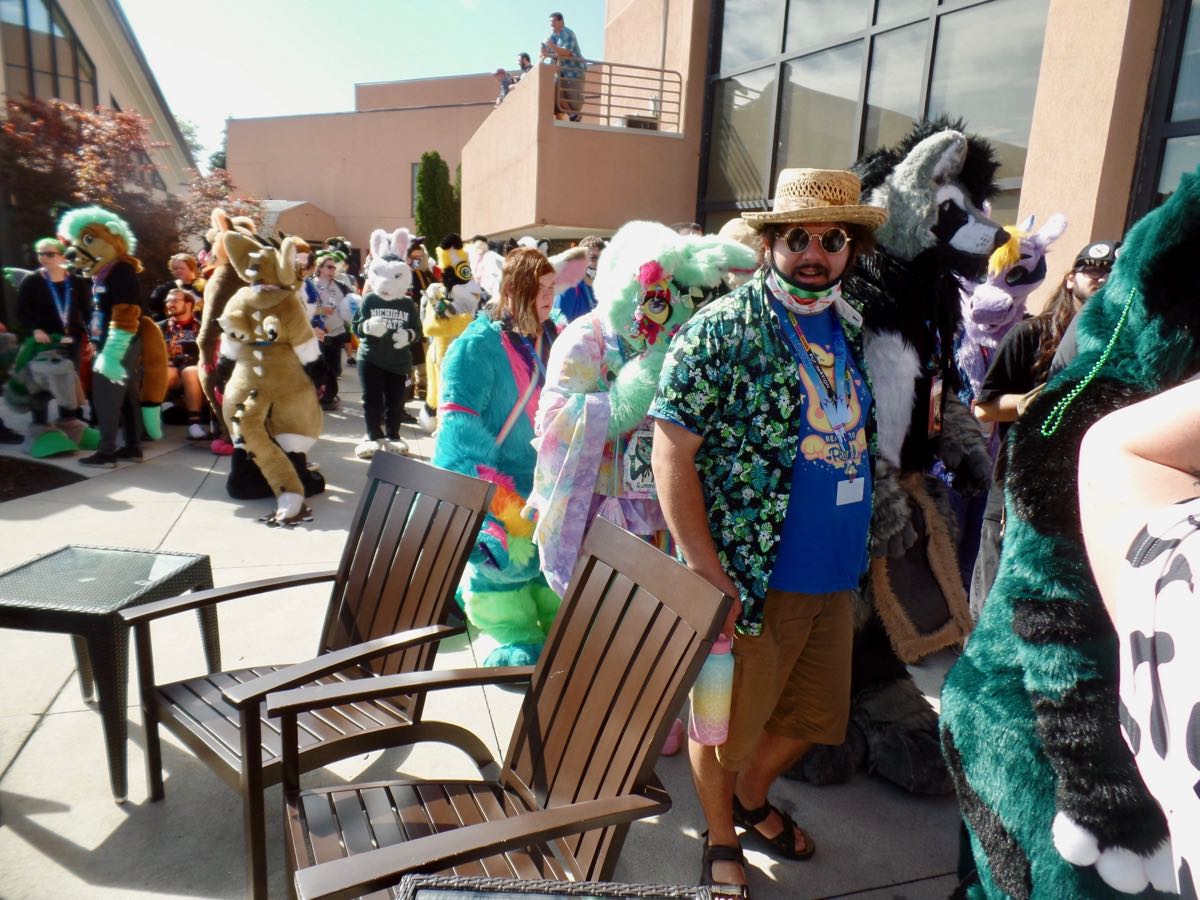 bunny_hugger! Do you see her? 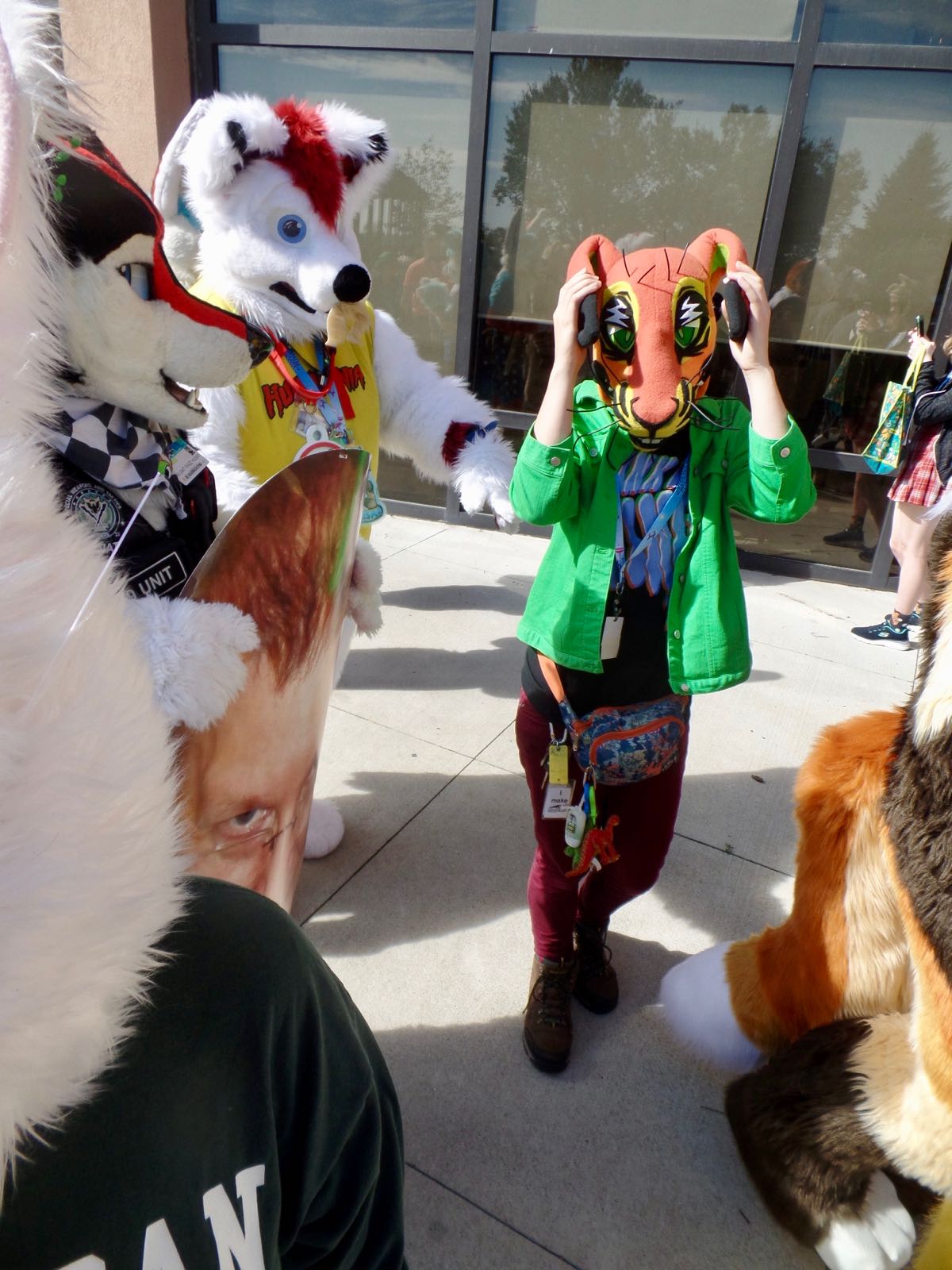 Not sure if this is a fursuiter who spotted me. Also not sure why someone was carrying around a giant shield of Conan O'Brien's face. 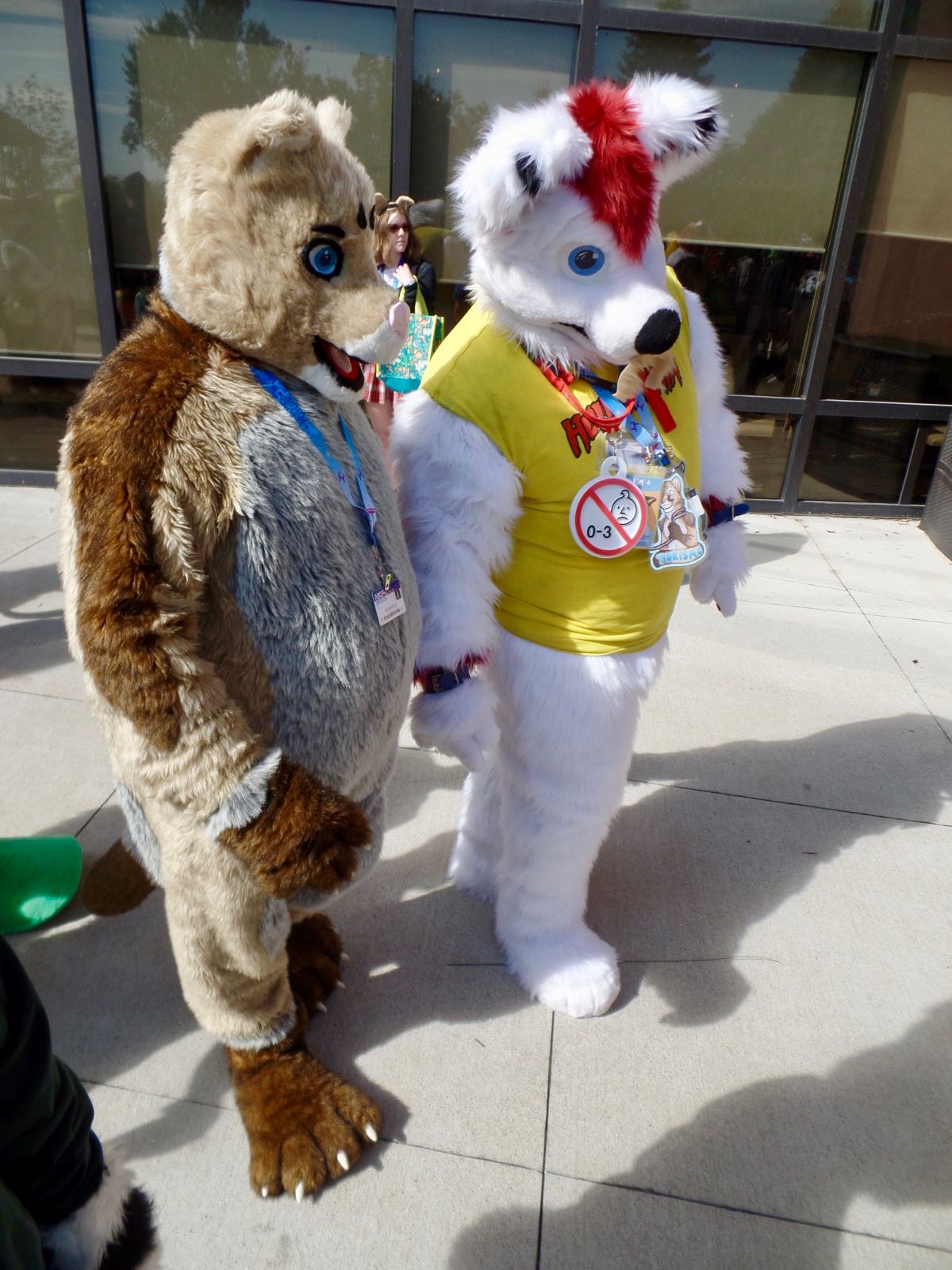 Couple of folks posing for a photo I piggybacked on. 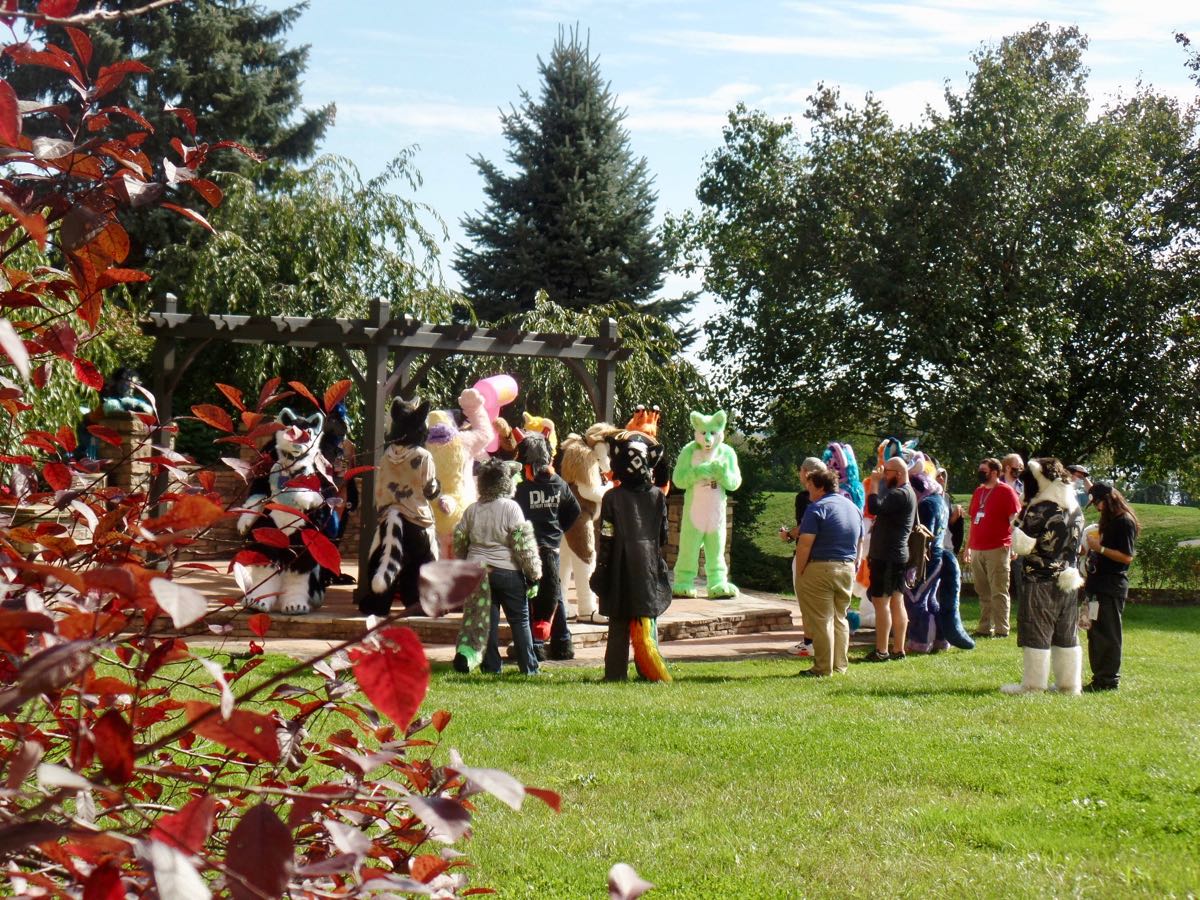 Across the lawn was this pergola that many fursuiters gathered around for photographs and possibly a massive polycule wedding. 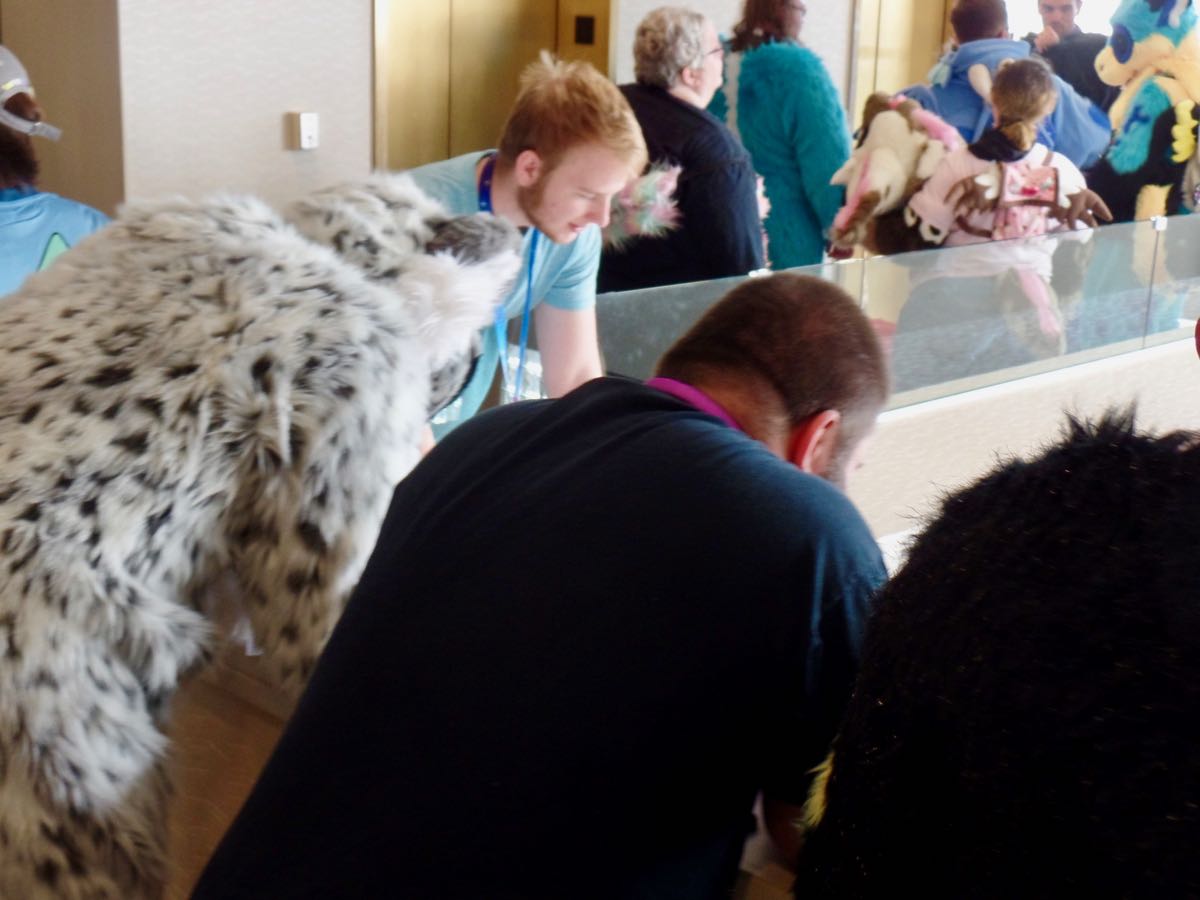 People gathered around the balcony to see which fursuiters are going bald. 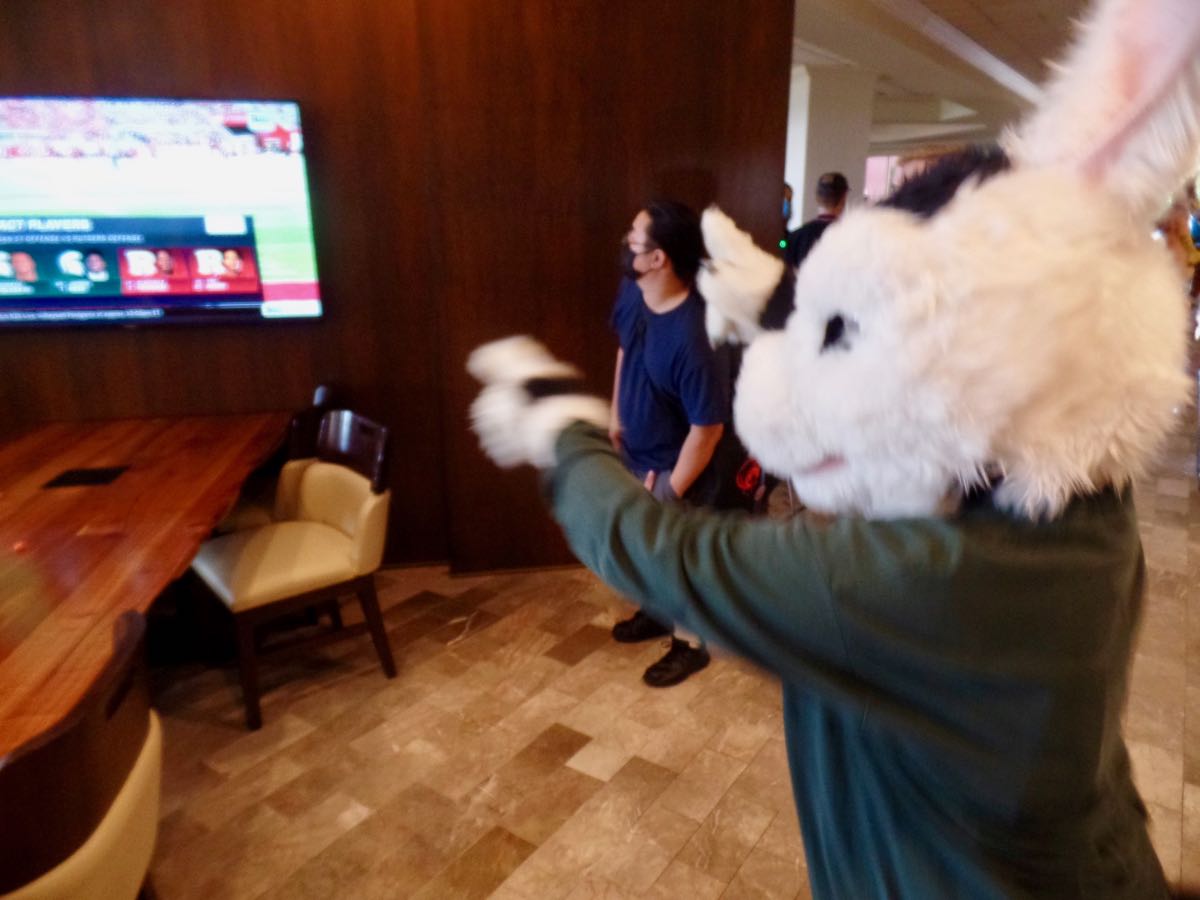 bunny_hugger tries to draw attention to the football game, in which Michigan State beat Rutgers, like everyone knew they were going to long before the match was even announced.

Trivia: In 1982 Monique and François Spite published the first study of lithium abundance in very old stars. Their work showed a few parts in ten billion, exactly in line with computer simulations of the Big Bang. Source: The End Of Physics: The Myth of a Unified Theory, David Lindley.

PS: My Little 2021 Mathematics A-to-Z: Embedding, one of those moments I think I hit an explanation of what something is that makes intuitive sense without distorting anything too much.