Friday I went to the Michigan State University and to the Capital Area libraries, for almost the first time since March 2020. This because my cards were expiring, both of them. So this brought an end to my endless renewing of the books I took out from the MSU library, back in spring 2020. Somewhere along the line I thought to keep them until things were safe again. But my community borrower card turns out to be good for only two years at a stretch. Since I had to go in and interact for a while anyway --- confirming that my address hadn't changed, that my phone number hadn't changed, that my e-mail hadn't changed --- I figured I might as well return the books I had, and take out some new ones. I don't think I saw anyone un-masked in the building, which was comforting, even given that Michigan State's set a vaccination requirement for its people.

And when that was done I went to the capital area library, since that account was expiring too. It turns out my card ``actually'' expired back in April, but apparently they'd had all these expirations put on a six-month delay. I went to the Foster Library, a branch that's in our neighborhood and in easy walking distance even though I'd been driving to get a bunch of chores done at once. (The main library is in moderately challenging walking distance.) It's a tiny branch and I figured that most likely to be under-populated. (Though if there were a crowd, it'd be of kids.) Nobody much was there, though, and I could confirm that my address hadn't changed and my phone hadn't changed and my e-mail hadn't changed. I did look around a little to see if anything seemed interesting. It's weird to say that I didn't, but it is a very small branch. Its floor space is maybe half that of our house, and we may have more books and DVDs, albeit worse-organized.

And here's another half-dozen pictures from the close of Motor City Furry Con 2021. 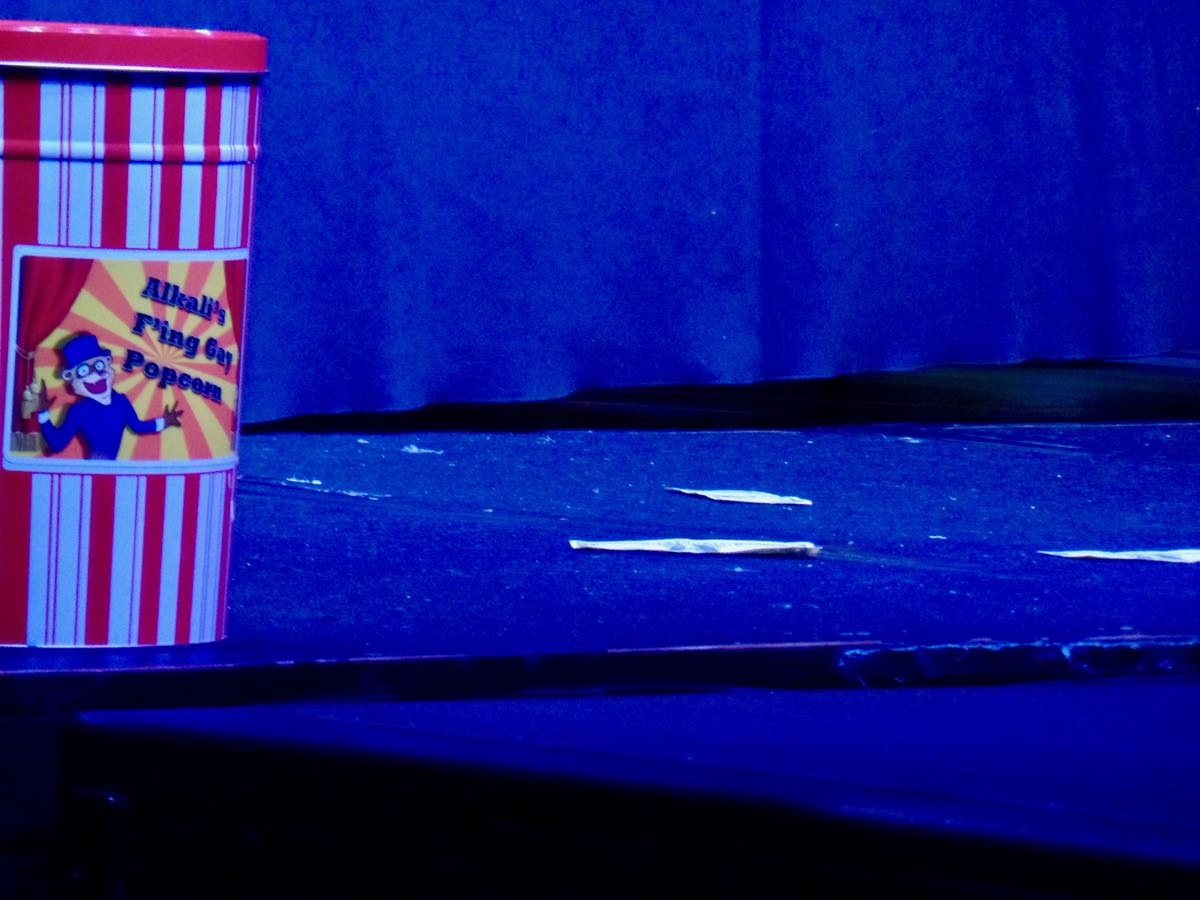 Close-up on stage. As they tried to put together the final total for the charity drive people kept coming up and tossing more money at the convention. 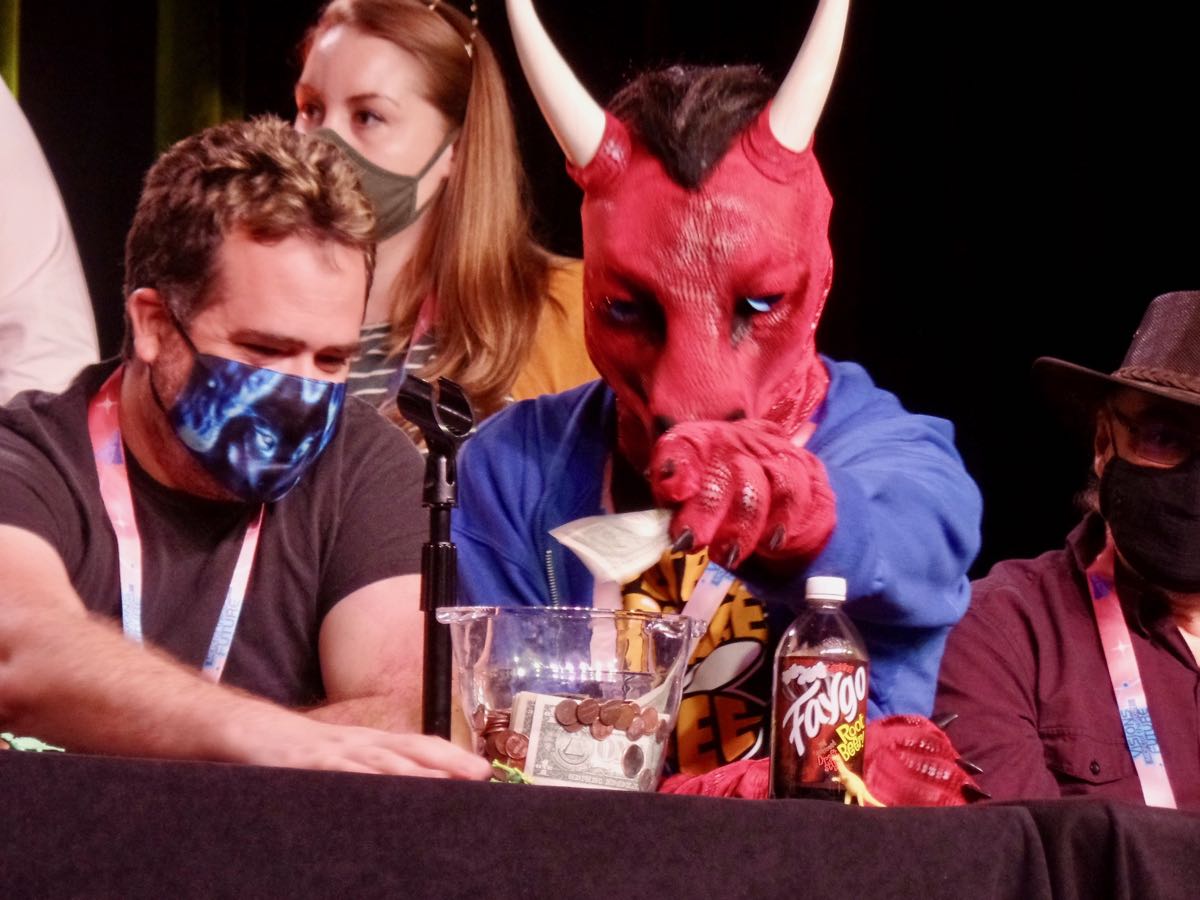 Here's yet another bucket of money raised, including an awful lot of pennies. 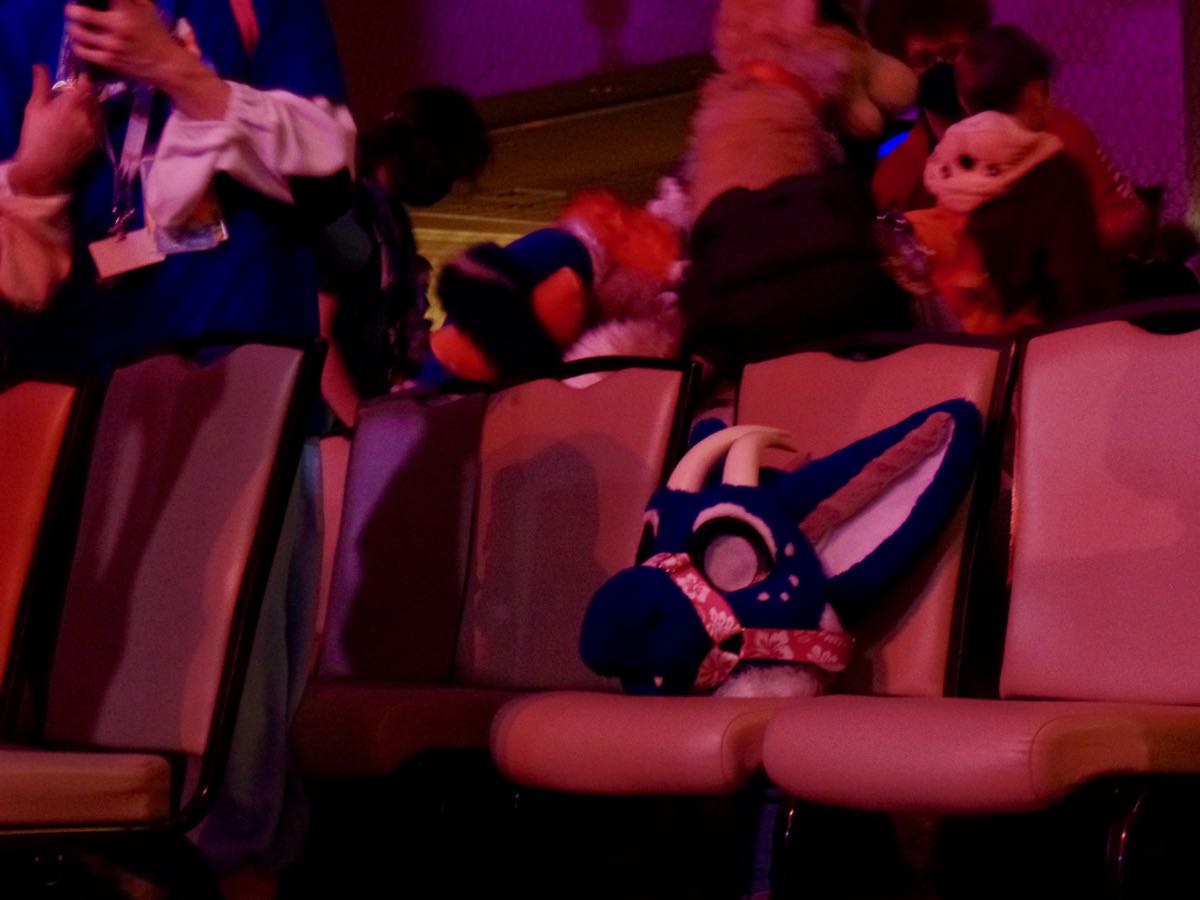 Quick snap back into the audience. I found the shortest fursuiter in the world, barely six inches tall! 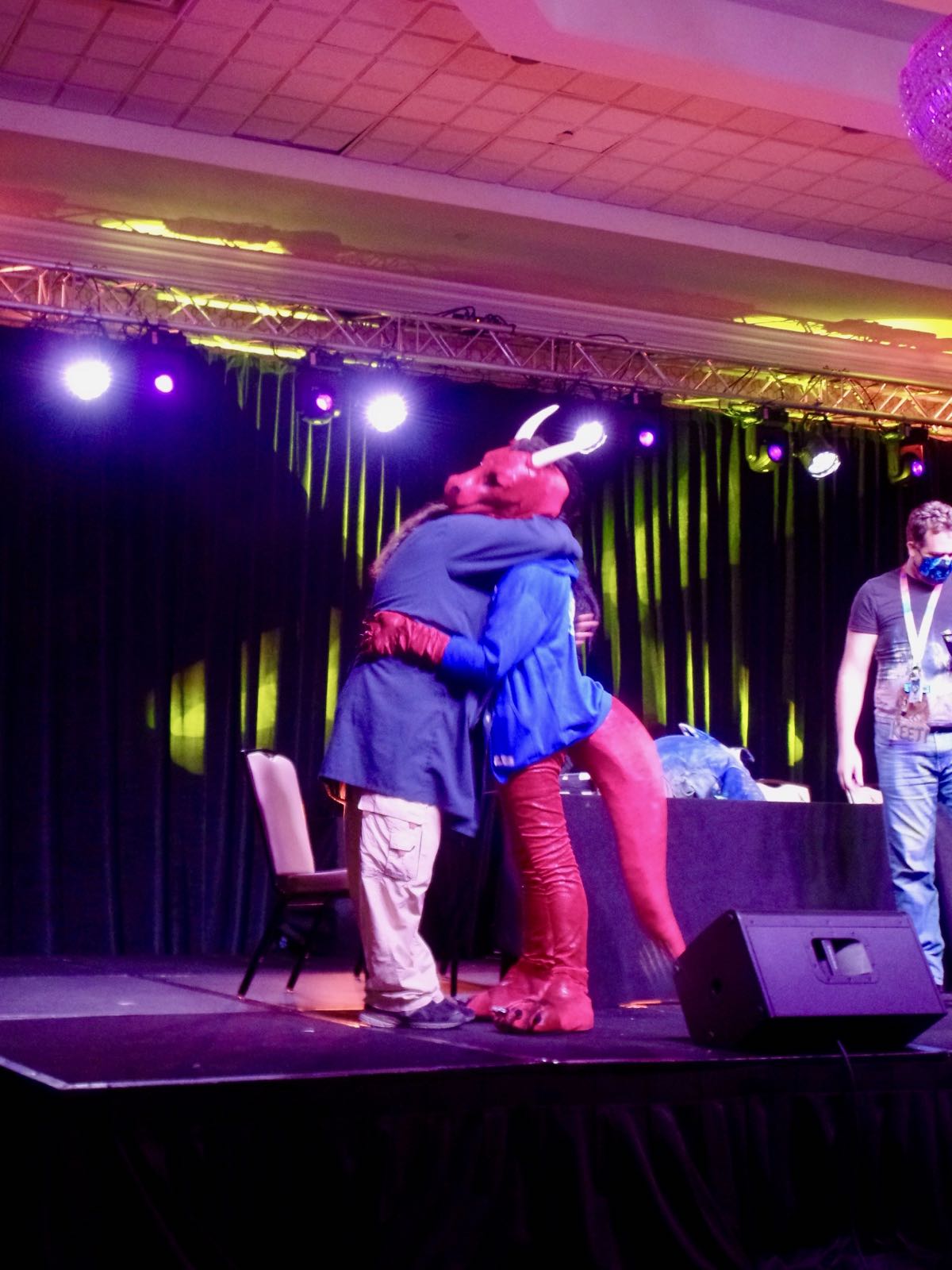 The convention board hugging each other. 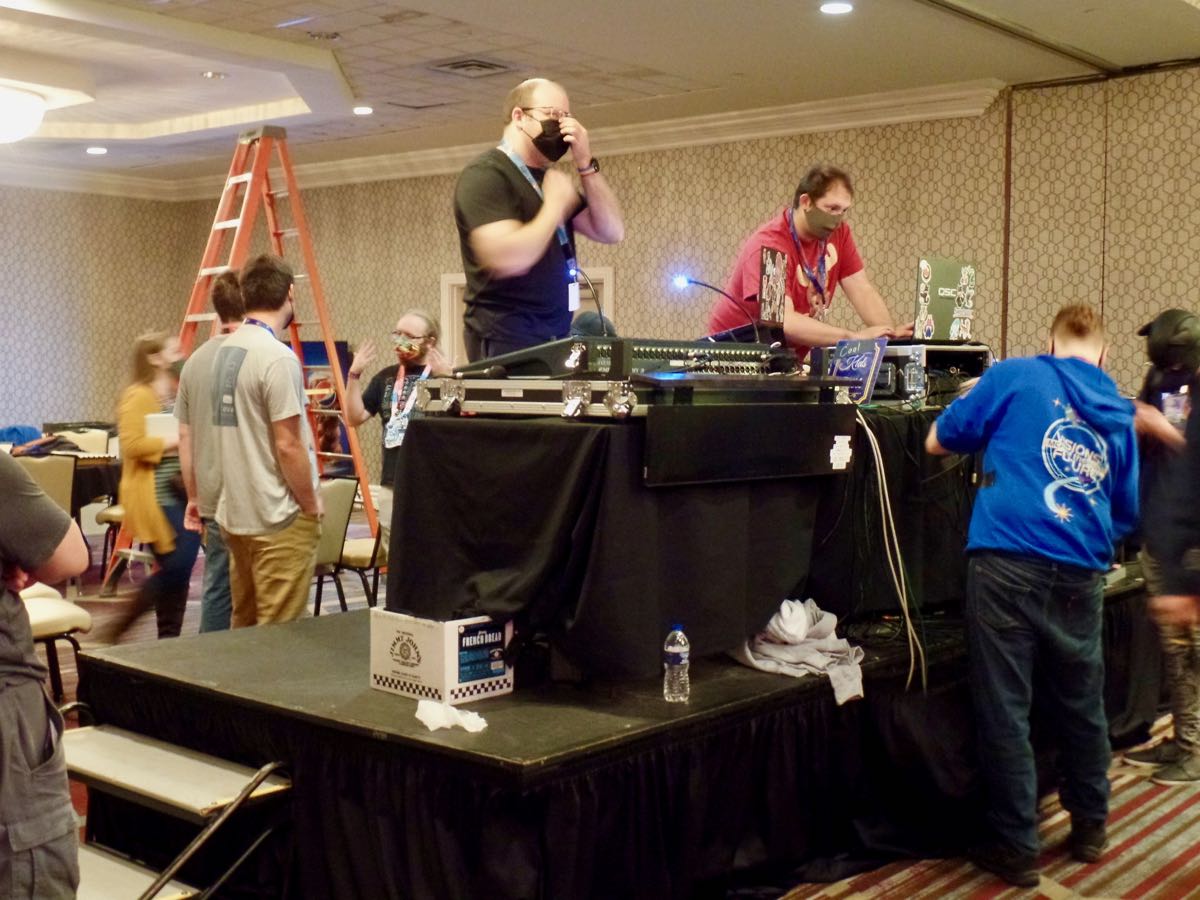 Everyone crowding around the audio folks, who have to disassemble things early this year, the reason for the lack of a Dead Dog Dance. 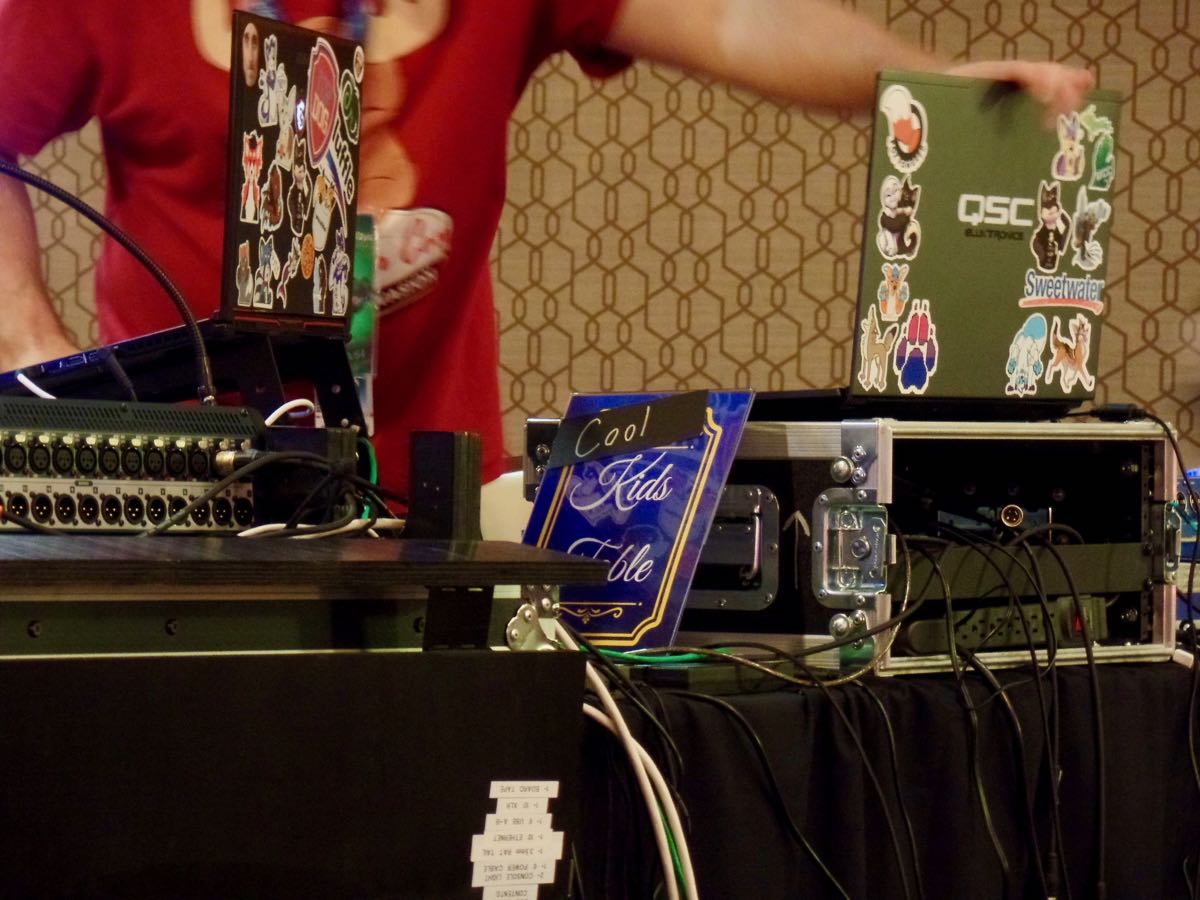 The audio folks have self-esteem!

Trivia: The Plainclothes Man, network television's first police drama, was filmed largely in first-person perspective, through the lieutenant's eyes, except for an opening crime scene or flashbacks. Source: The Forgotten Network: DuMont and the Birth of American Television, David Weinstein.