My mathematics blog had a whole two posts last week. So here's what you could be seeing if you haven't got it on your RSS feed:

Now in photos we're into the Halloween season, if you can imagine. How about some pictures of preparing for the holiday? 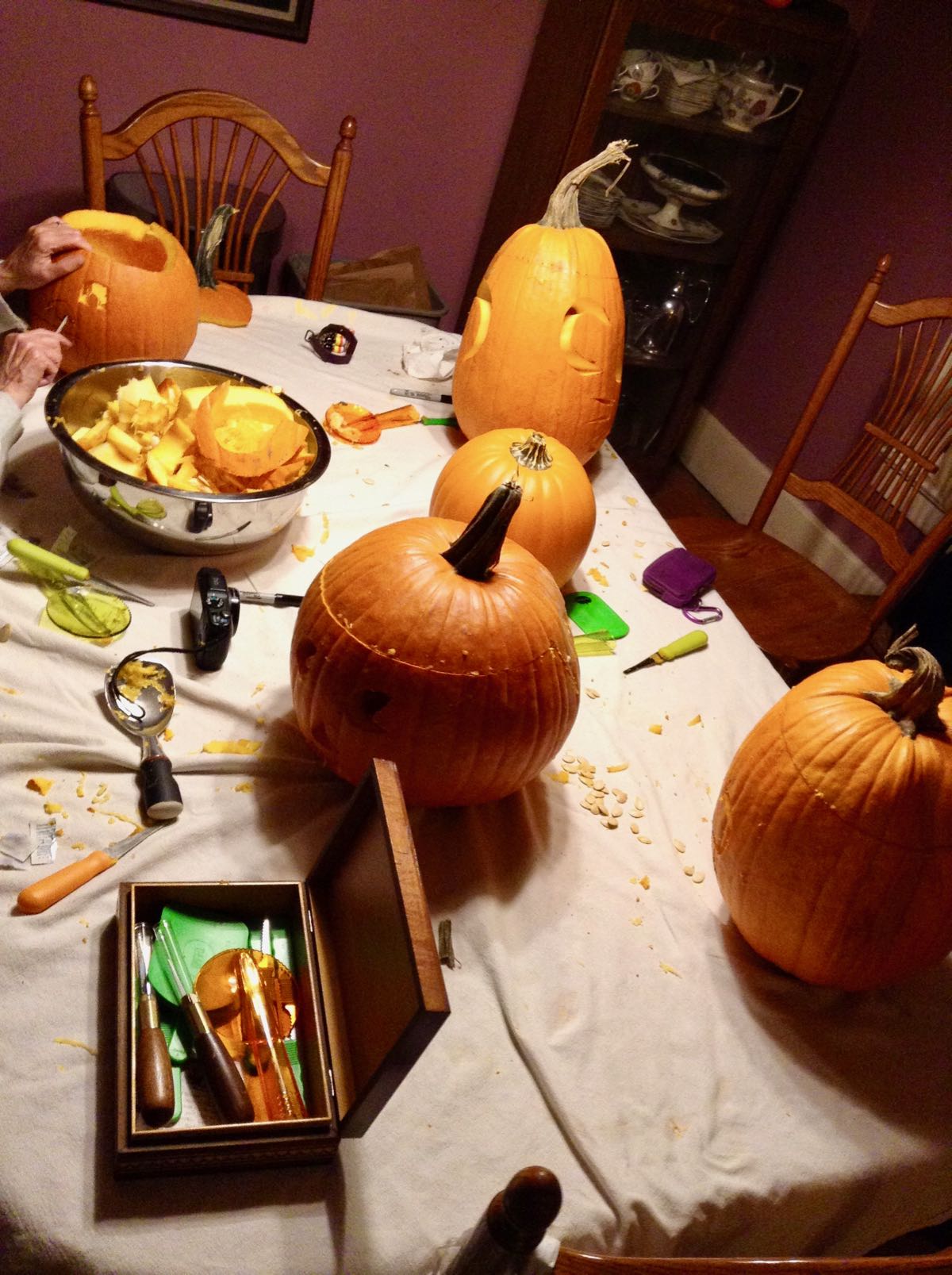 bunny_hugger's father has in the lower left there. 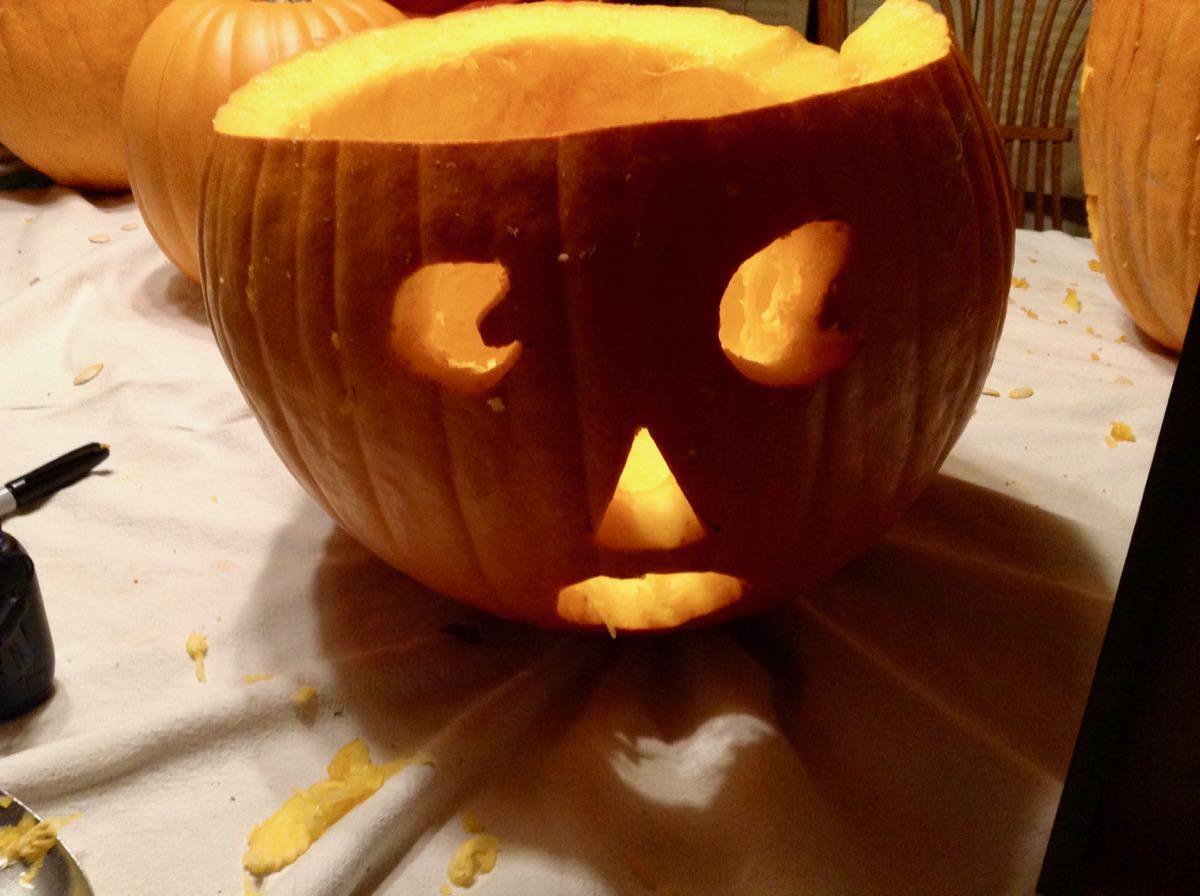 Her father's pumpkin, a classically simple design, although the bunching up of tablecloth and of shadows underneath it give this some style I find appealing. 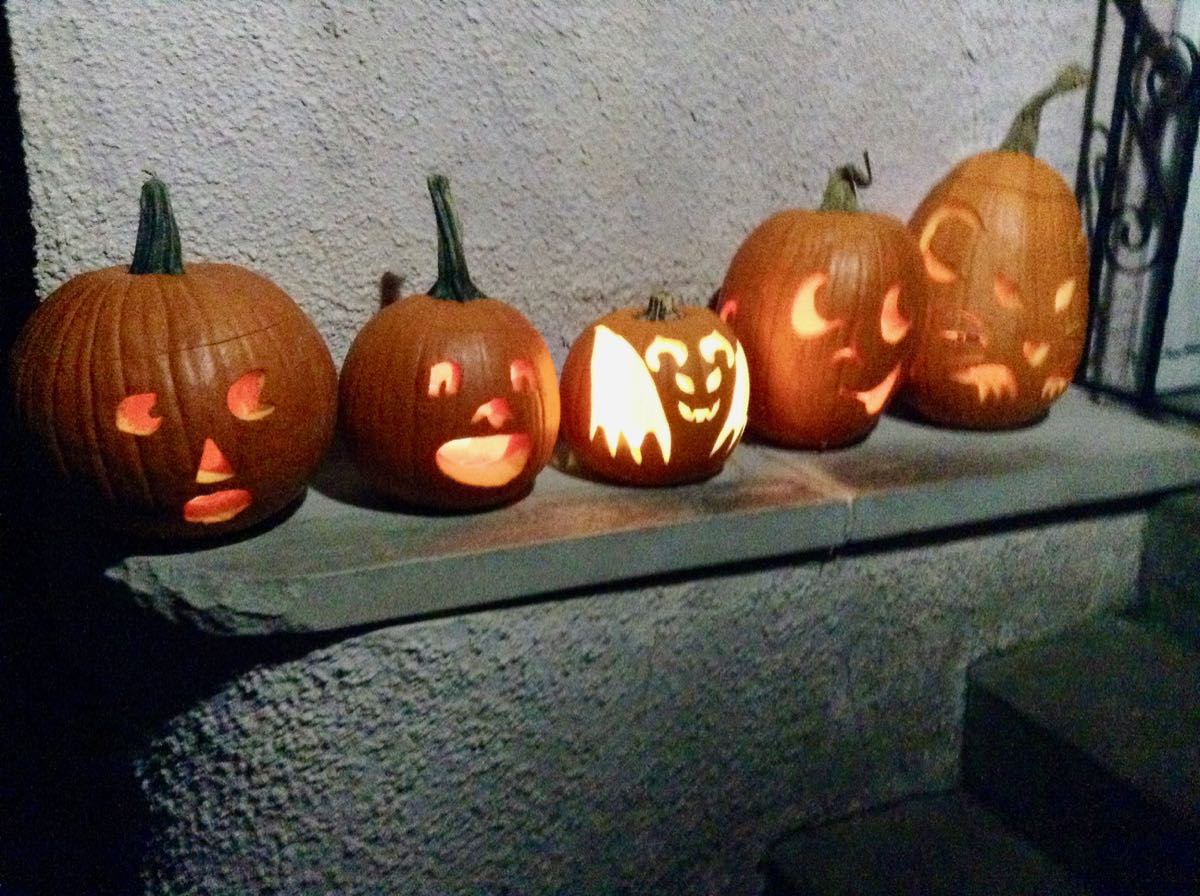 And here's our pumpkins lined up outside. The one in the center, with the bat wings and the very bright candle, is a plastic pumpkin

bunny_hugger carved to be part of our permanent annual decorations, and she put it in one of the front-facing windows for people walking by at night to see. 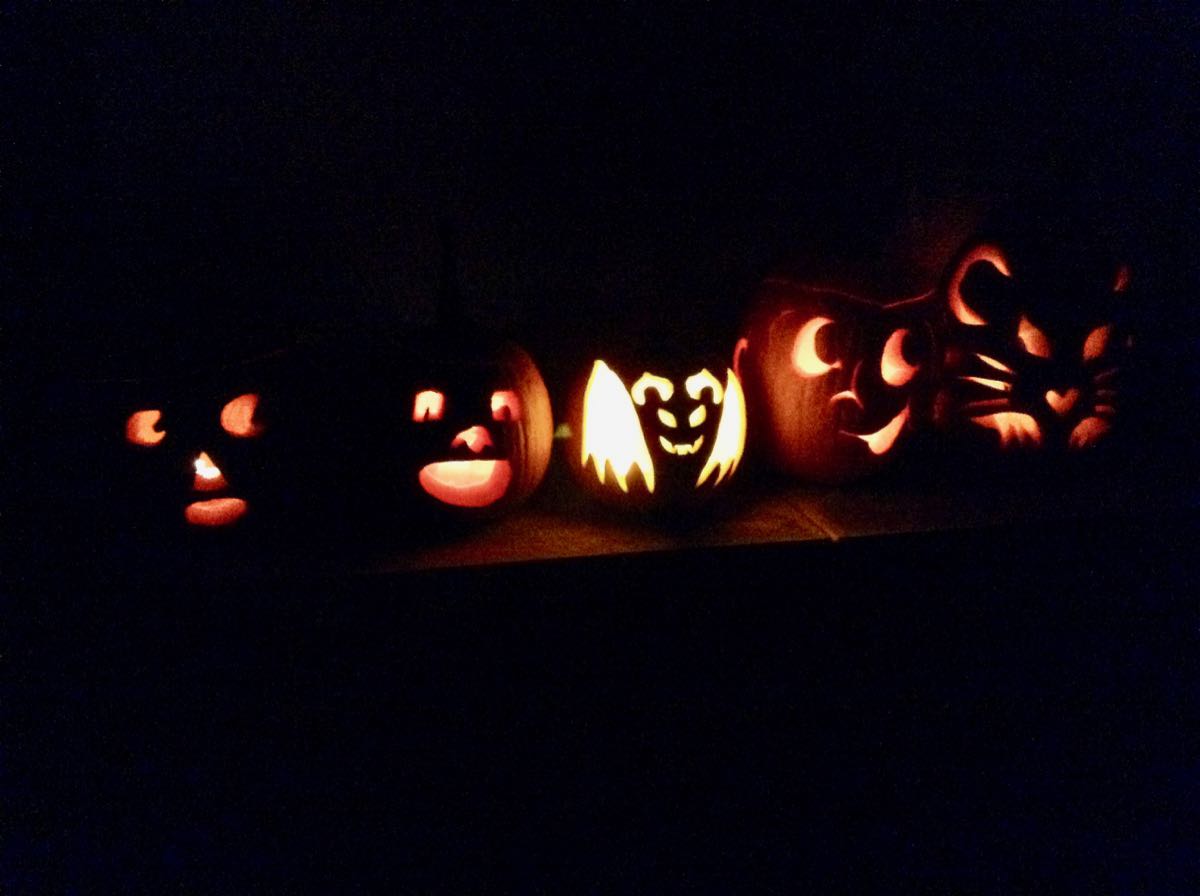 What the pumpkins look like at night. Her parents' are the two pumpkins on the left; on the right are ours. 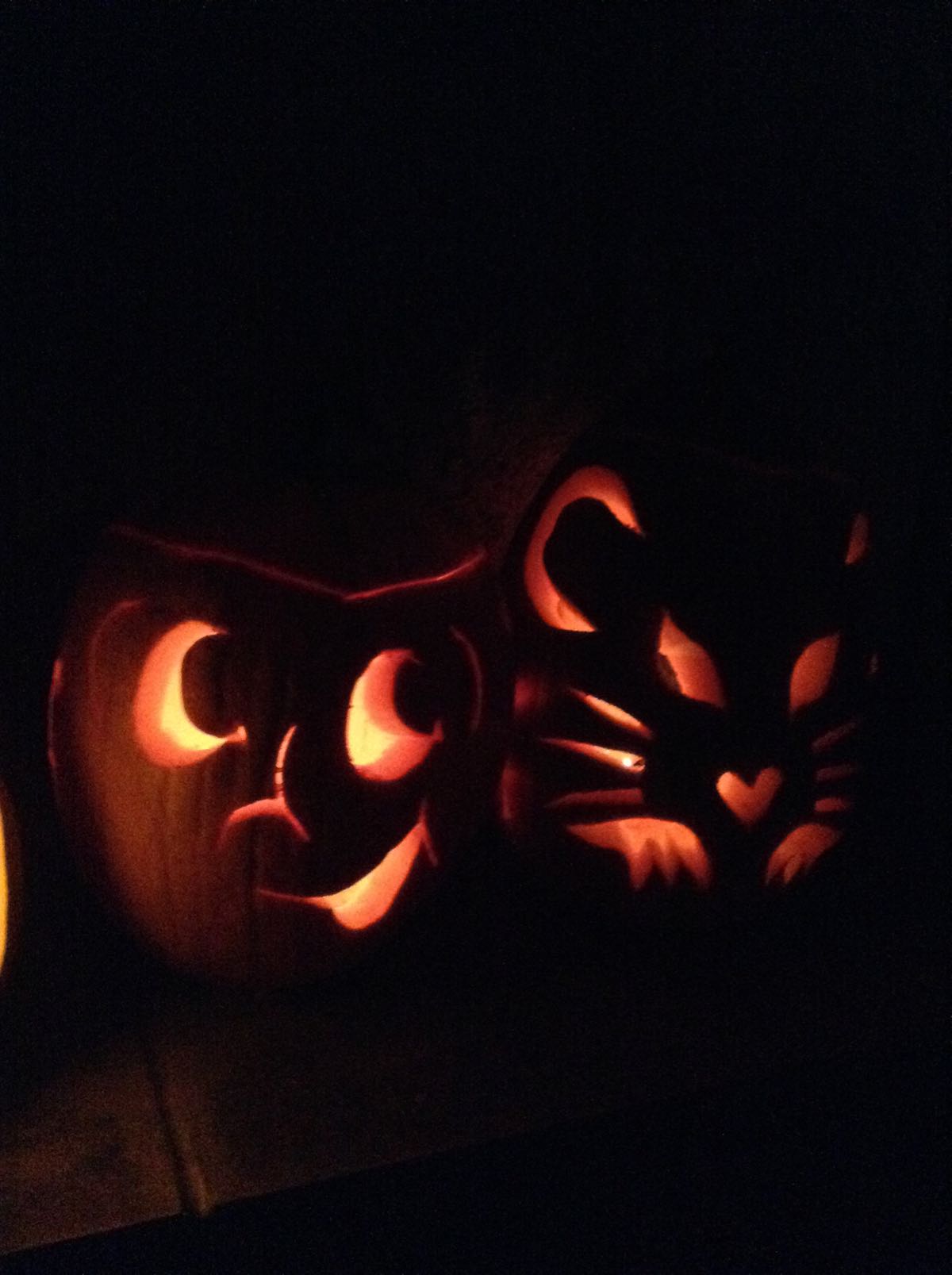 bunny_hugger's real pumpkin she carved with the rat-face and paws on the right. Me, on the left? Without meaning to, I did the best rendition of Casper the Friendly Ghost I ever did. 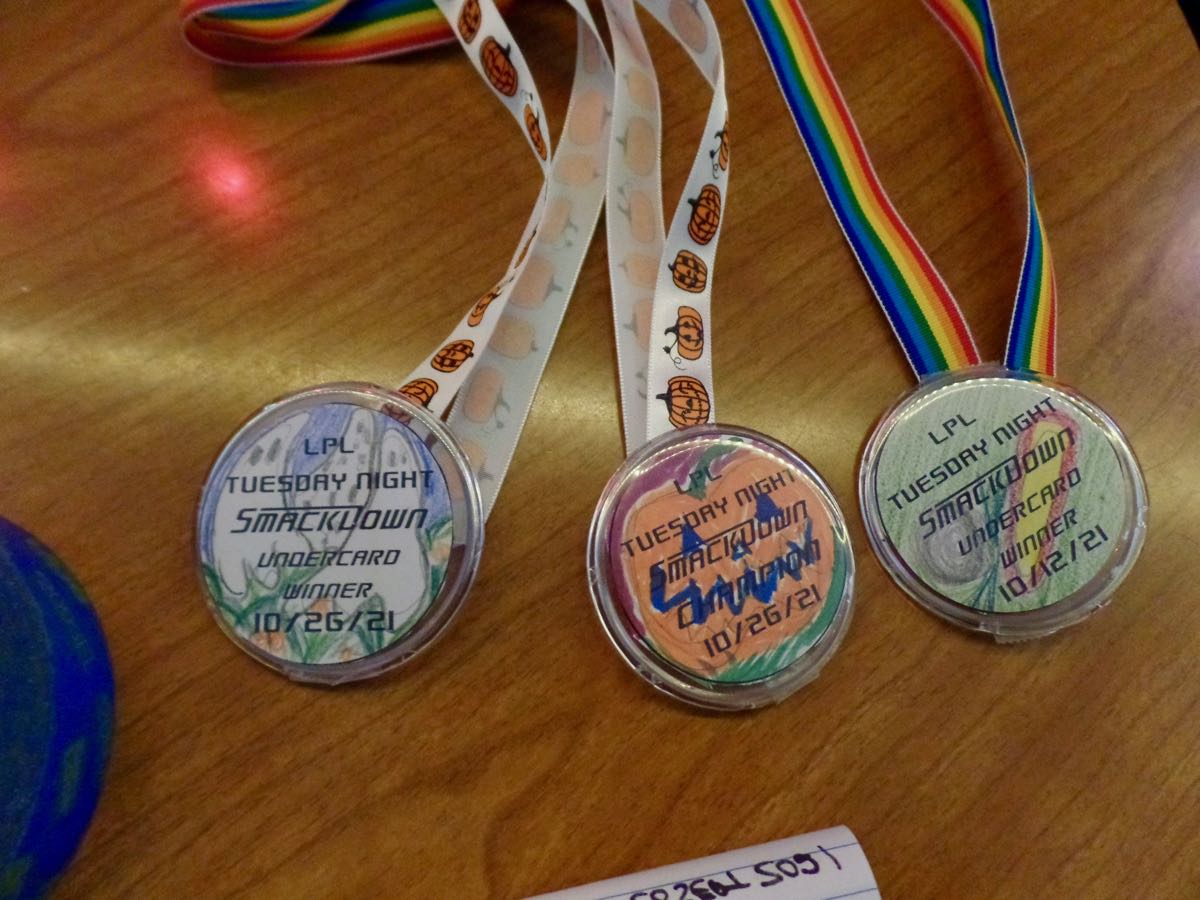 Not a carved pumpkin, but you can see it from there. I'd made the medal decorations for the Tuesday Night Smackdown, our usual side tournament for league night. And I think I did a really good job with the one on the left there, the Undercard for the 26th of October. (There's an undercard for the 12t hof October too because we ran out of medal blanks for that and had to owe the guy who'd won it.) 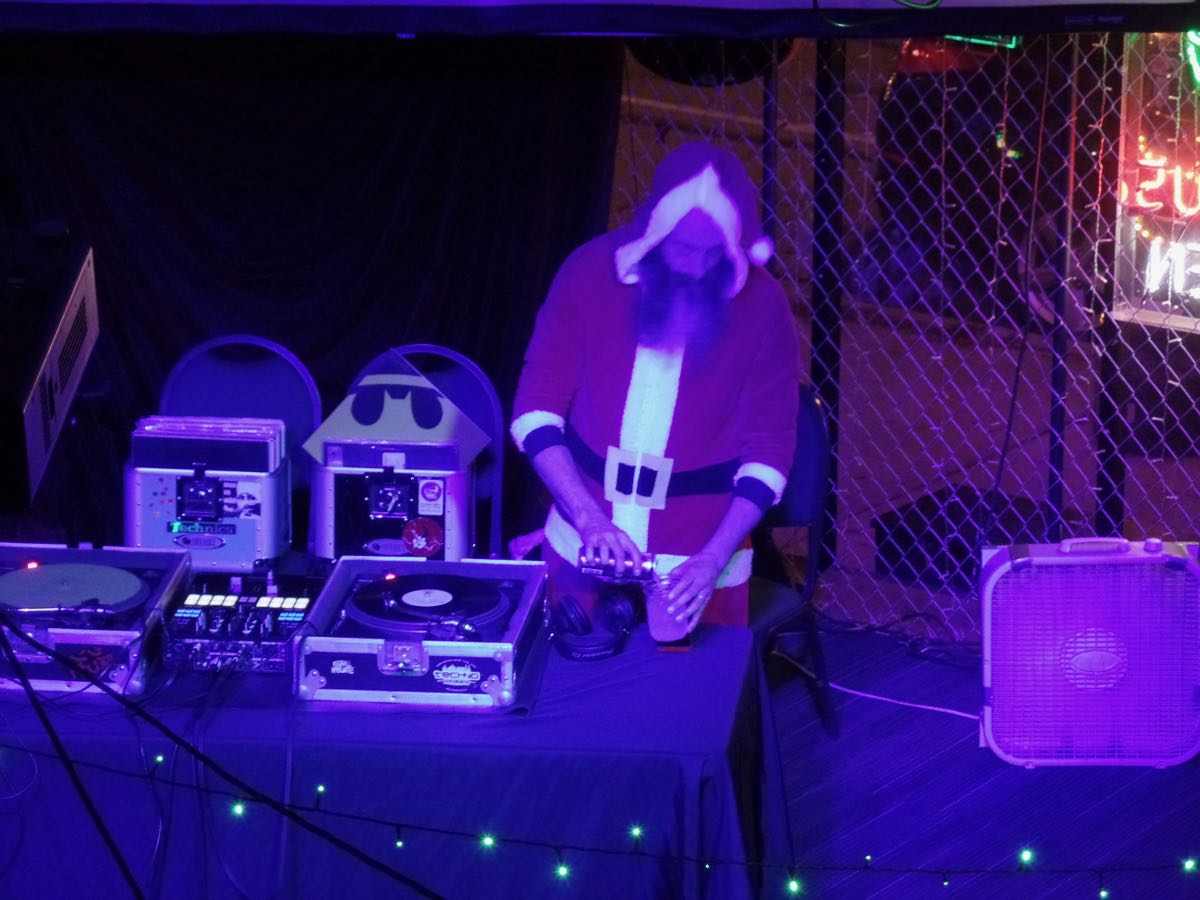 The DJ for that night, the last league night before Halloween, dressed as Santa. Here, Santa pours a beer.

Trivia: The spiral staircase inside the Leaning Tower of Pisa is 293 steps tall. Source: Tilt: A Skewed History of the Tower of Pisa, Nicholas Shrady.