Hell is empty and all its demons are with me.

So I took the check, the payoff for my poor dead Scion tC, to the bank. I'd finally got it back from my mother, and

bunny_hugger endorsed it, and I didn't just take it to the ATM to deposit because some primal instinct told me this wouldn't be fit for the occasion.

The clerk looked over the check, saw it endorsed by the three people inexplicably on it, and then asked if this were an account held by me and

bunny_hugger and my mother. Or if I had one. Because this cursed check is written out to the three of us, using the conjunctive and, it has to go into a deposit opened by the three of us, using the conjunctive and. Or, if I could bring them in so they could confirm who they are and that it's all right the check is going in an account they don't control? And I explained that my mother lives in South Carolina to the four hundred thousandth person given this fascinating bit of trivia. Well, there is the alternative. They can have

bunny_hugger and my mother sign a notarized document attesting that they know what all is going on.

Not the same document, which is a small mercy. The clerk made me think it had to be a single document and I pointed out there is no way a notary is going to attest to the identity of something with signature blanks still on it. And no, they just have forms that my wife and my mother can sign separately and have notarized and bring back with the check so that I can put this in my bank account and in my past.

Outside the bank, I screamed. And screamed again several times along the drive home.

It's such a good thing I didn't take my mother's advice to just forge her signature.

Now to pictures ... At the Ingham County Fairgrounds they set up Jack-O-Lanterns Unleashed, thousands of carved jack-o-lanterns, some of them actual pumpkins, most artificial. And illuminated! We took a Thursday --- which we guessed correctly would be an uncrowded day --- before Halloween to walk around and see them. So here, please, enjoy. 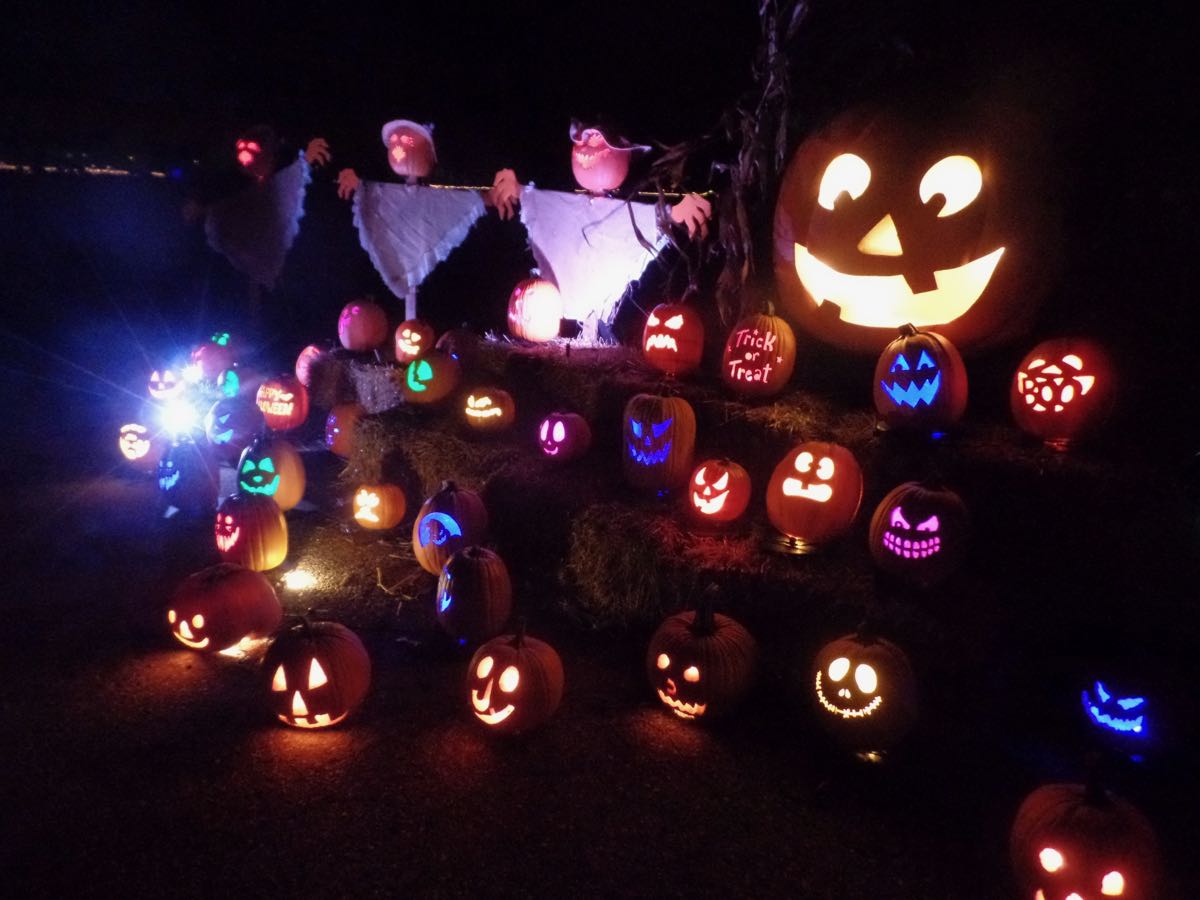 A teaser of what the night's to look like. All these are carved pumpkins, most of them plastic shells, but some real actual pumpkins. 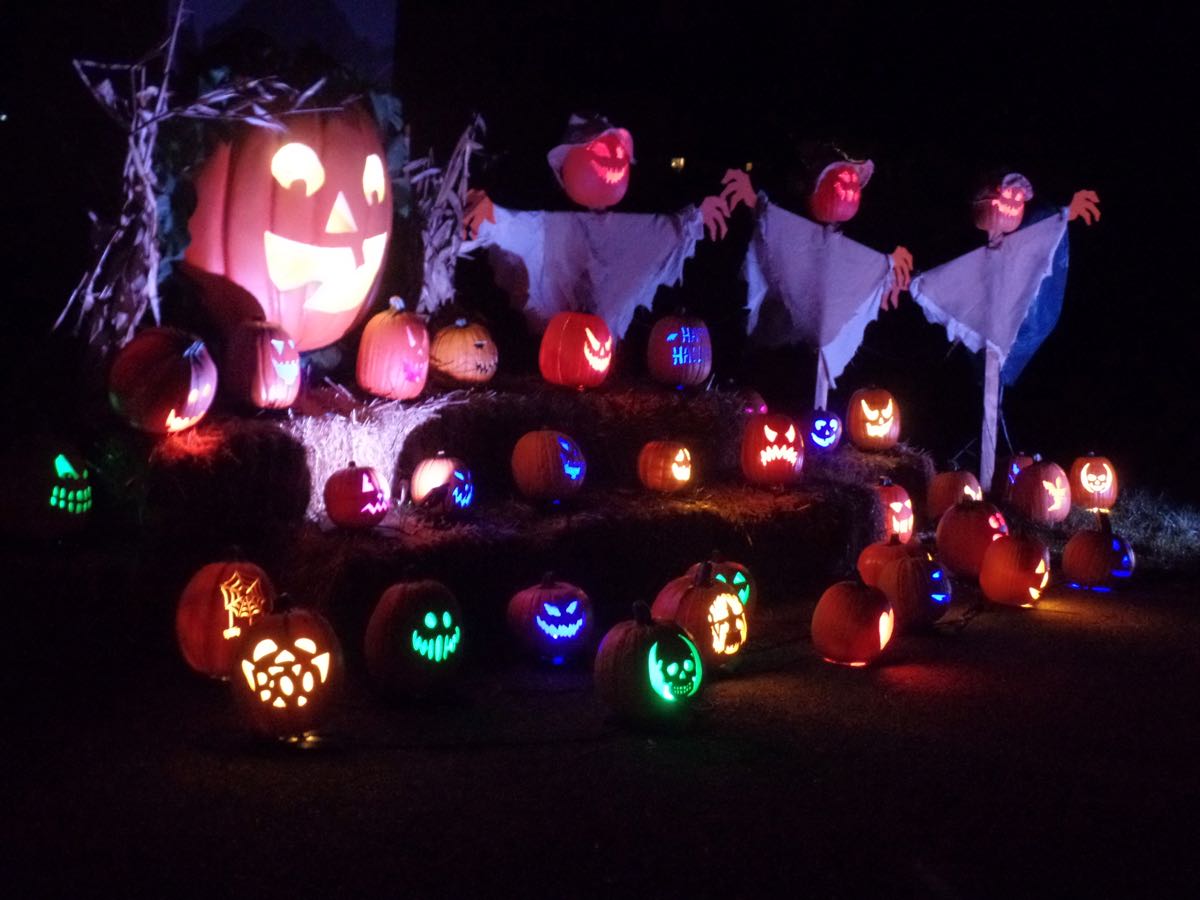 Different view of the same welcoming display. Most of these are faces, but you see a couple that are messages like 'Happy Halloween' or a spiderweb or such. And, of course, the 'Boo'-toothed mouths. 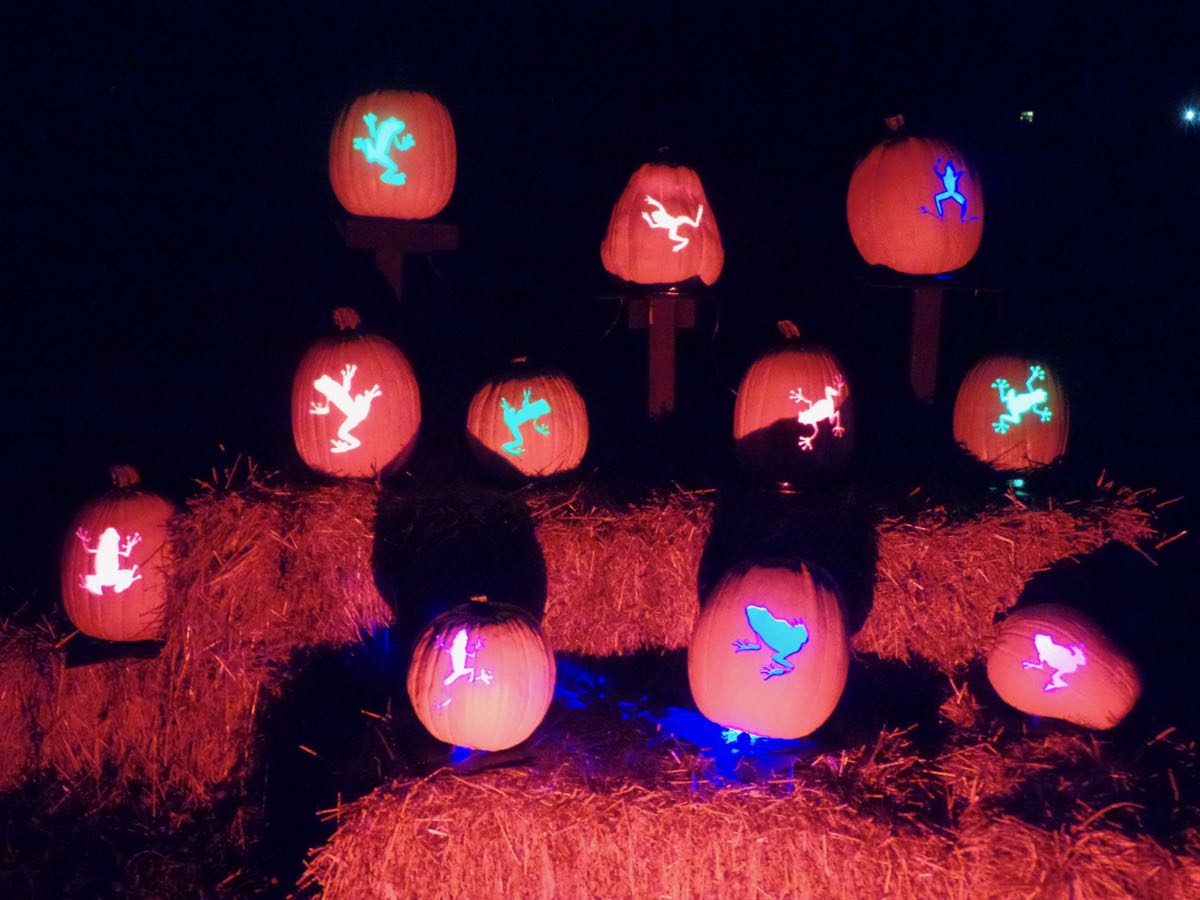 Now here's one that's all frogs. A speaker nearby played frog sounds to give it more atmosphere. 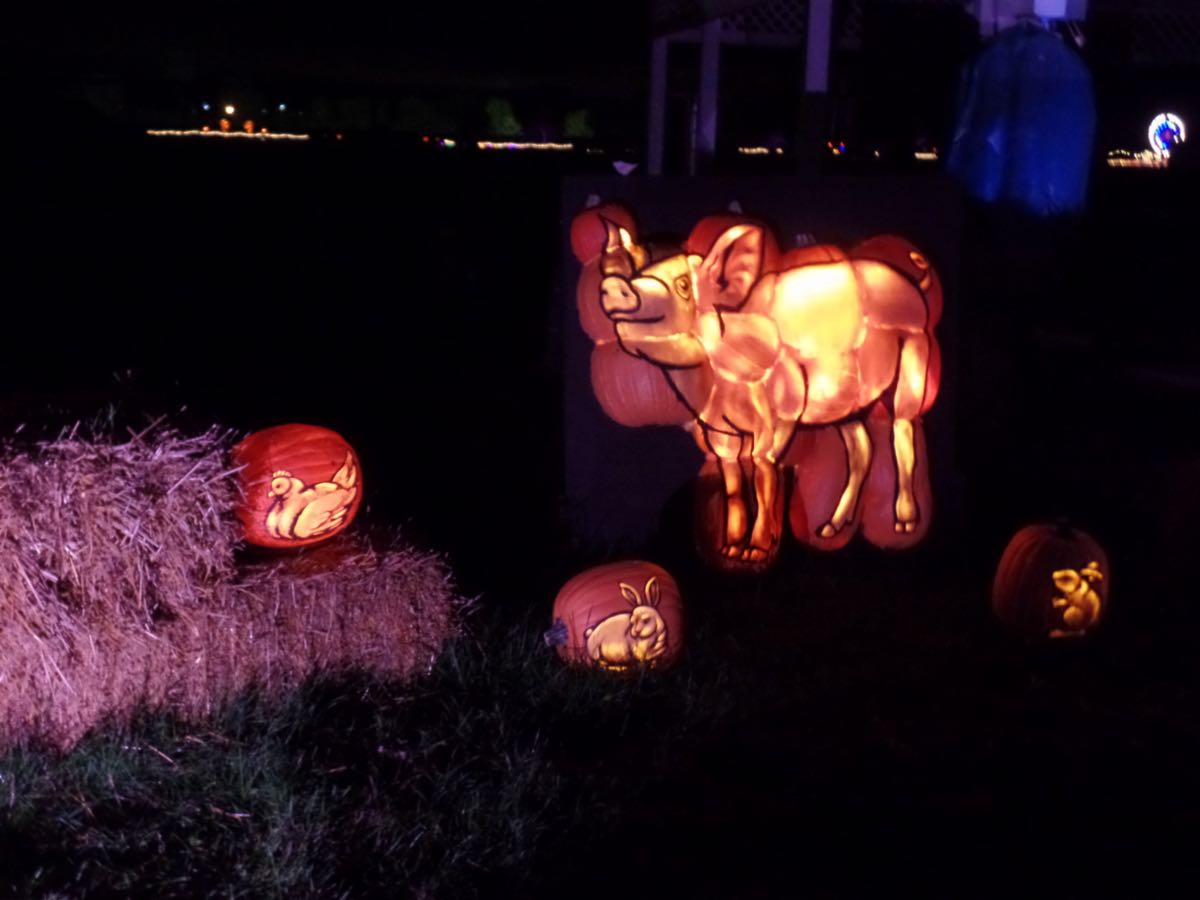 And here's a display with barnyard animals. The hog is made of a bunch of plastic partial-pumpkin shells put together. 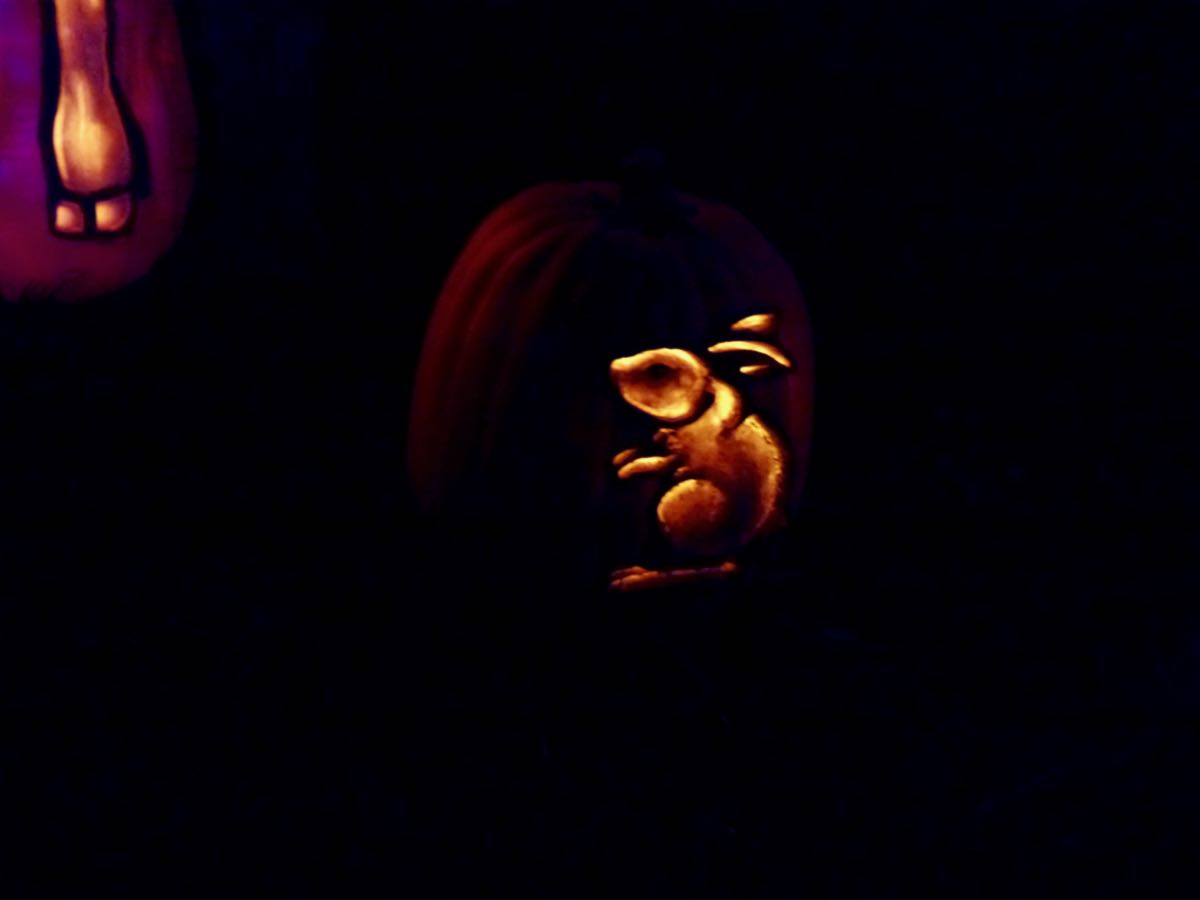 And here's a rabbit on one of the pumpkins. 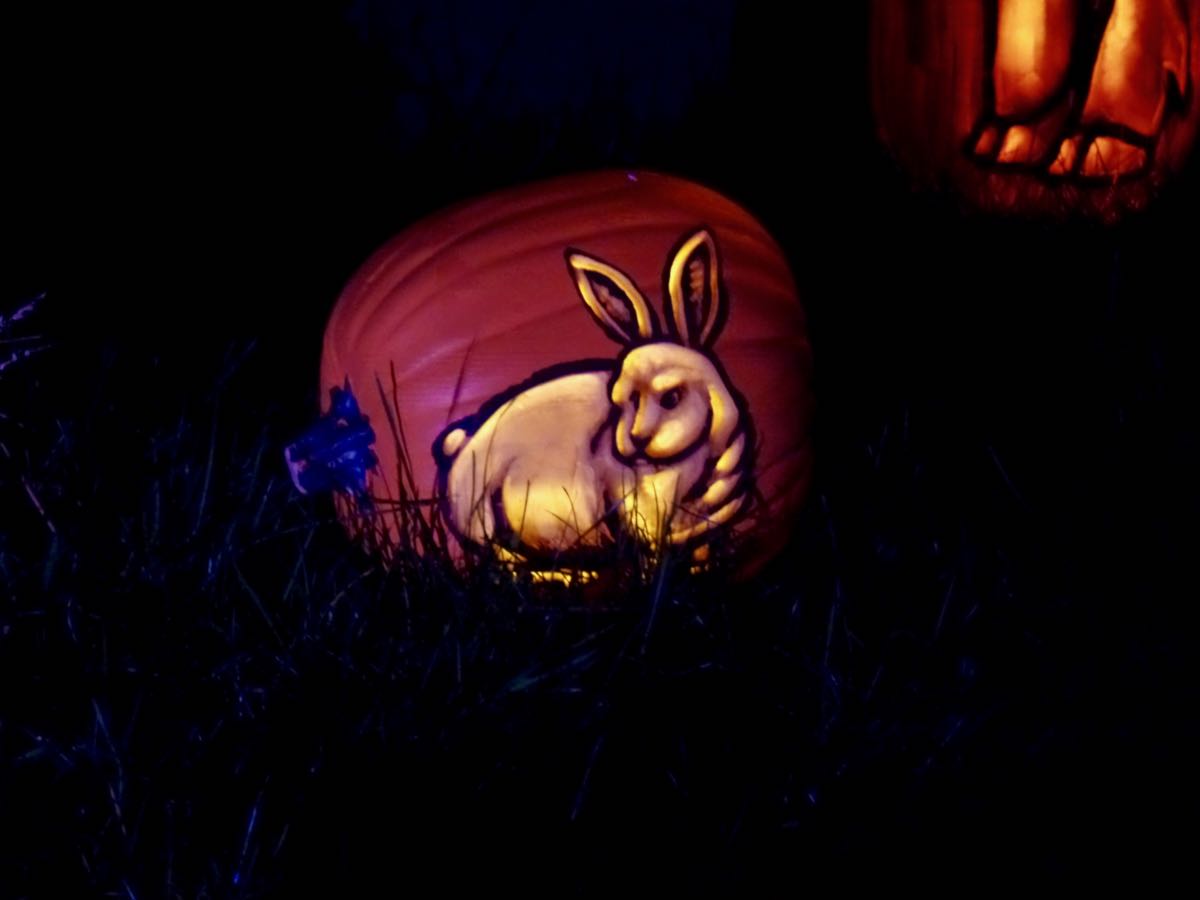 Another rabbit. One person commented that it made them think of Fiver's visions in Watership Down.

Trivia: 1,126,300 people were arrested for drug law violations in the United States in 1993. Source: Smuggler Nation: How Illicit Trade Made America, Peter Andreas.

PS: How October 2021 Treated My Mathematics Blog, which might seem late but is really only a little late.