bunny_hugger's birthday. But her birthday is never just that. Her birthday is also her parents' anniversary. And, more, this one was their 50th anniversary. When we'd visited a few weeks ago, her father asked a fun set of leading questions about whether she remembered anything special about the day, or about what it implied. What it implied, of course, was that it was finally our turn to buy them dinner. This goes back to some time around ... oh, 2013, 2014 ... when I tried to pick up the check at dinner and he refused, saying we could buy dinner for their golden anniversary.

For their golden anniversary we ... didn't actually do that much. The pandemic, really, blasted away almost everything we might have done. But that likely would have just been going out to a restaurant instead of getting take-away, anyway. Her mother's afraid of being a burden, walking slowly or needed great rests, even though we could not imagine being bothered by, like, needing to sit a while at Bronner's Christmas Wonderland or something.

But we did buy dinner, of course. And we got the chance to play another chapter of Mice and Mystics. After one false start --- we never recover when the initiative cards put the enemies ahead of all of us --- we had a great round of it, managing to get done even before her father lost interest in the chapter and went off to check his eBay auctions. It's a good feeling to manage that, even if we're aware that in at least one later chapter we're not going to be able to take her father's favorite (really, only liked) character along.

Also, we had a visit from the plumber. We thought her father was joking when he said the plumber was going to be over in a few minutes but, no. They'd needed something done with the upstairs bathroom faucets and got it done while we ate potato chips in the dining room.

So it was a slightly odd but successful anniversary. Her father said we could buy dinner again for their 100th.

Back to jack-o-lanterns unleashed. It was a fun show. 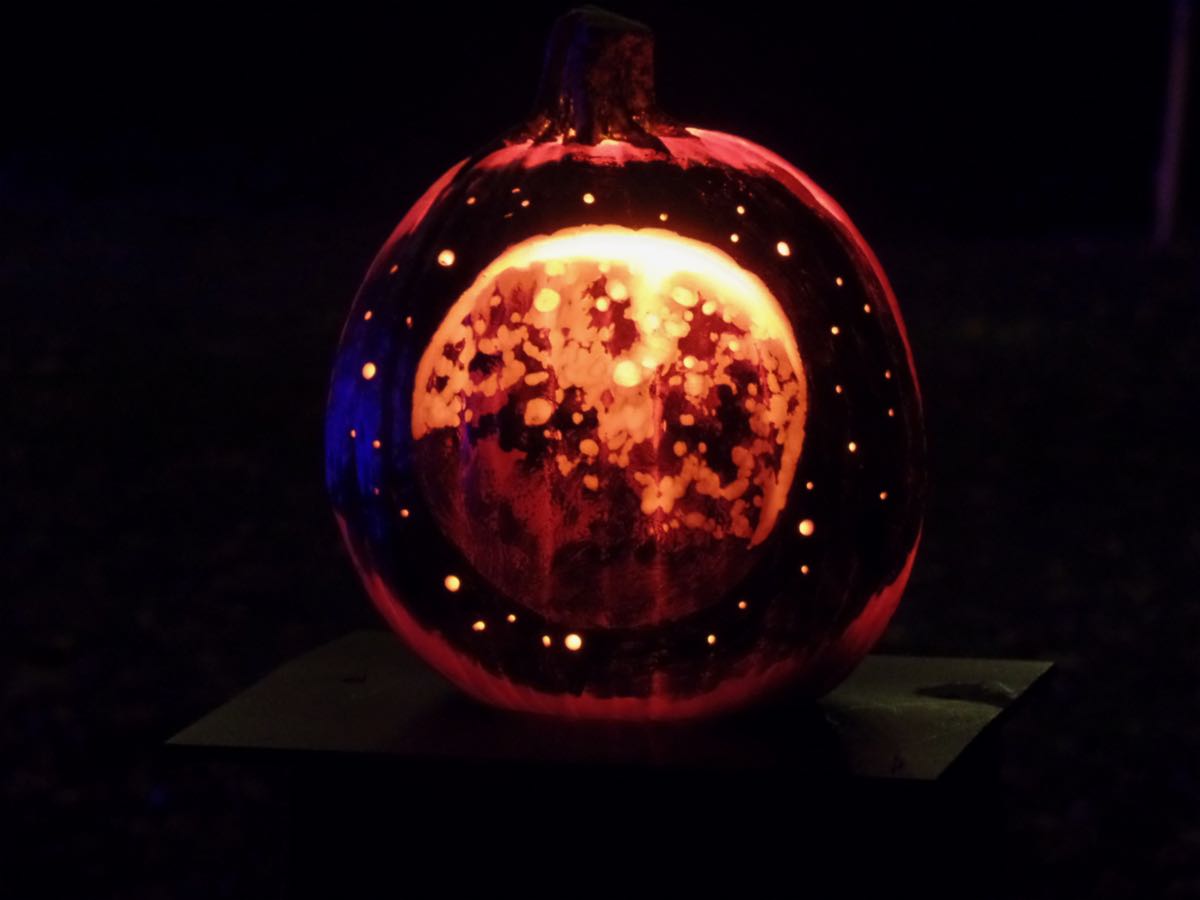 And now a sequence starts! Here's a representation of Mercury, part of a string of the planets carved into pumpkins. 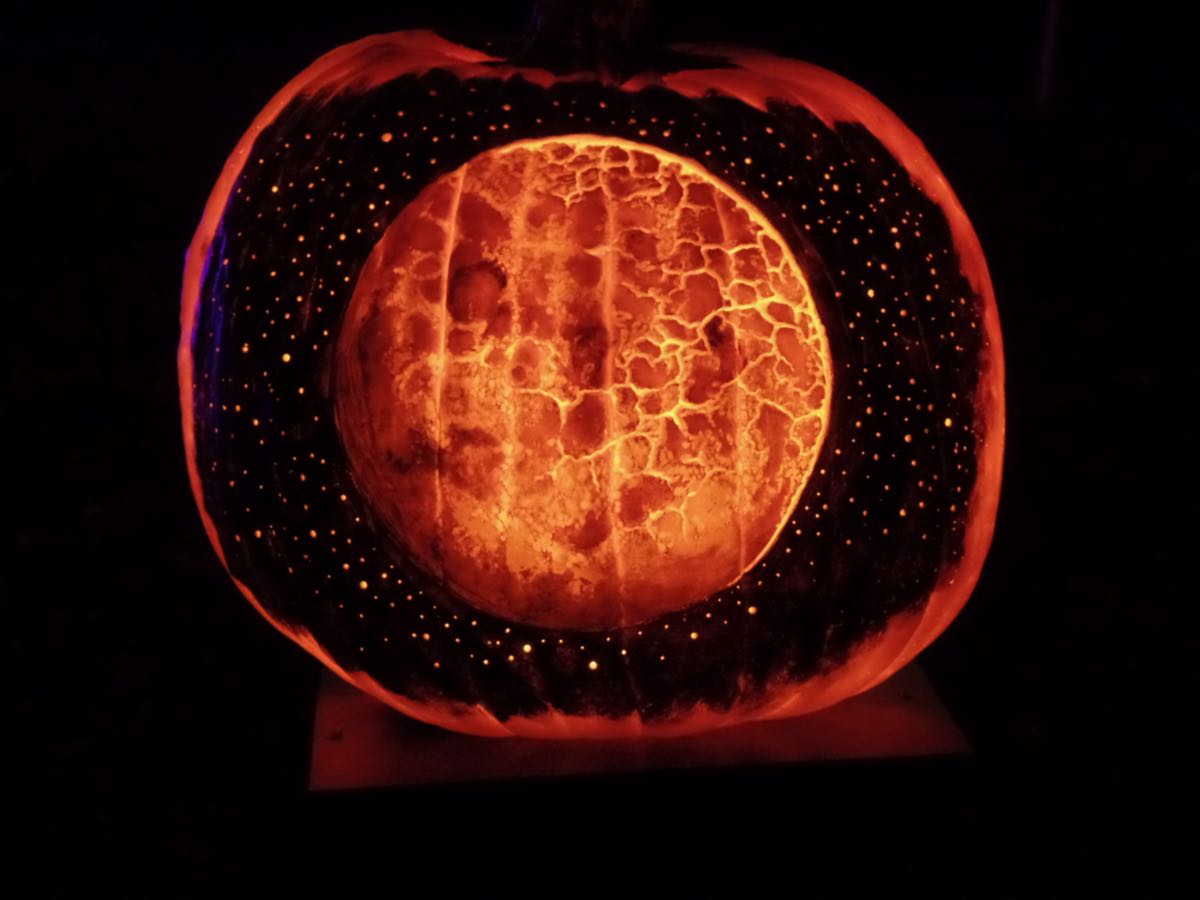 Venus, looking not much worse for being a pumpkin, really. 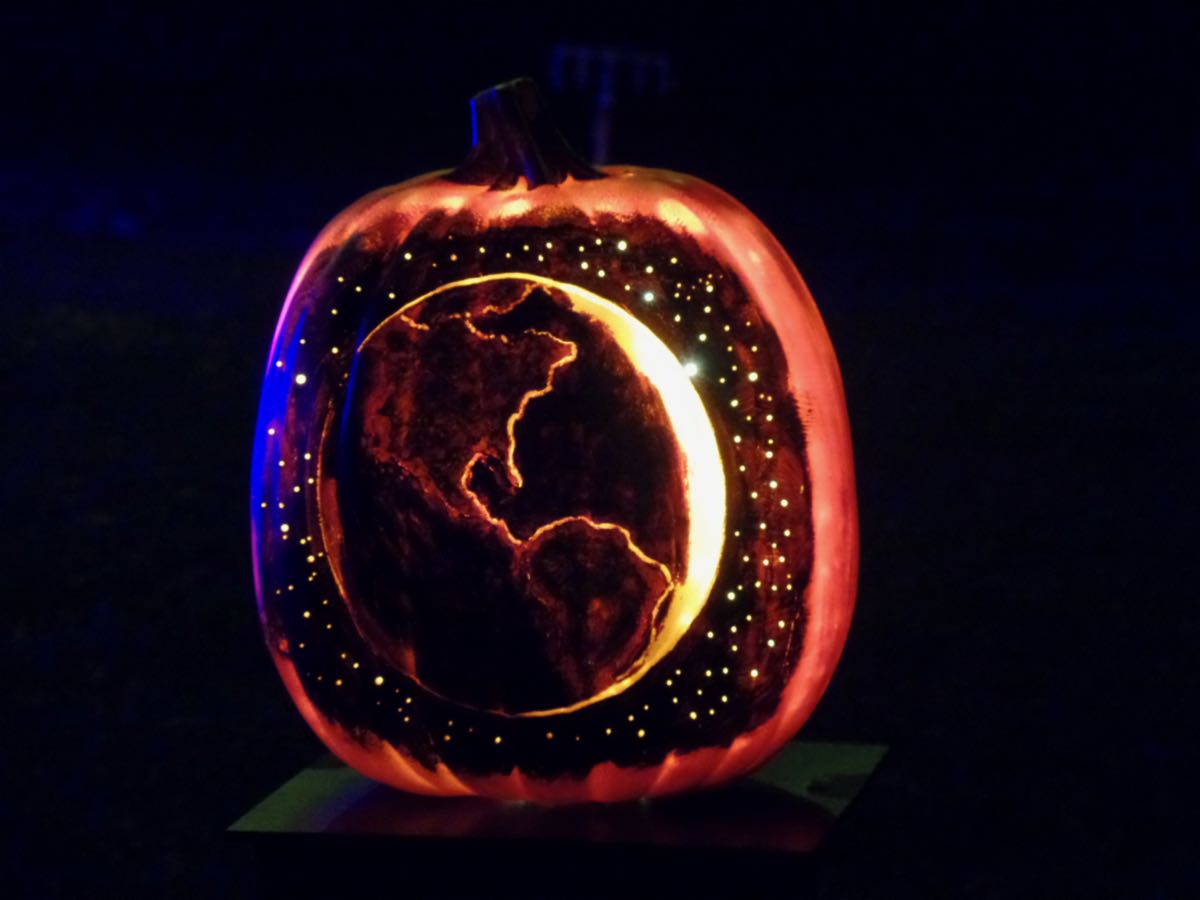 The Earth! They carved the Americas because you're supposed to see this at night. (Although, yes, this depicts it being like 4 am Michigan time, later than the show ran.) 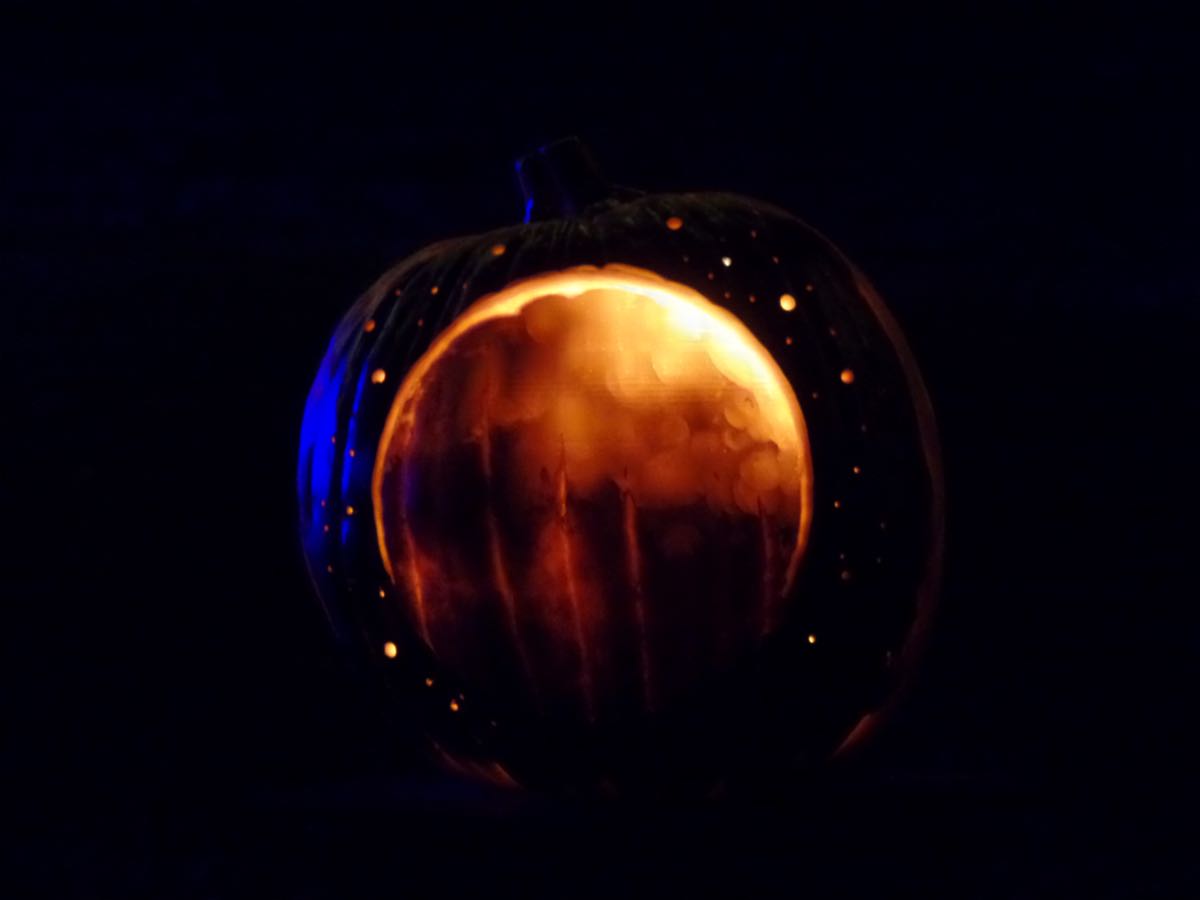 Mars ... well, sorry, I thought I had a better picture of Mars than I do. So did Percival Lowell! 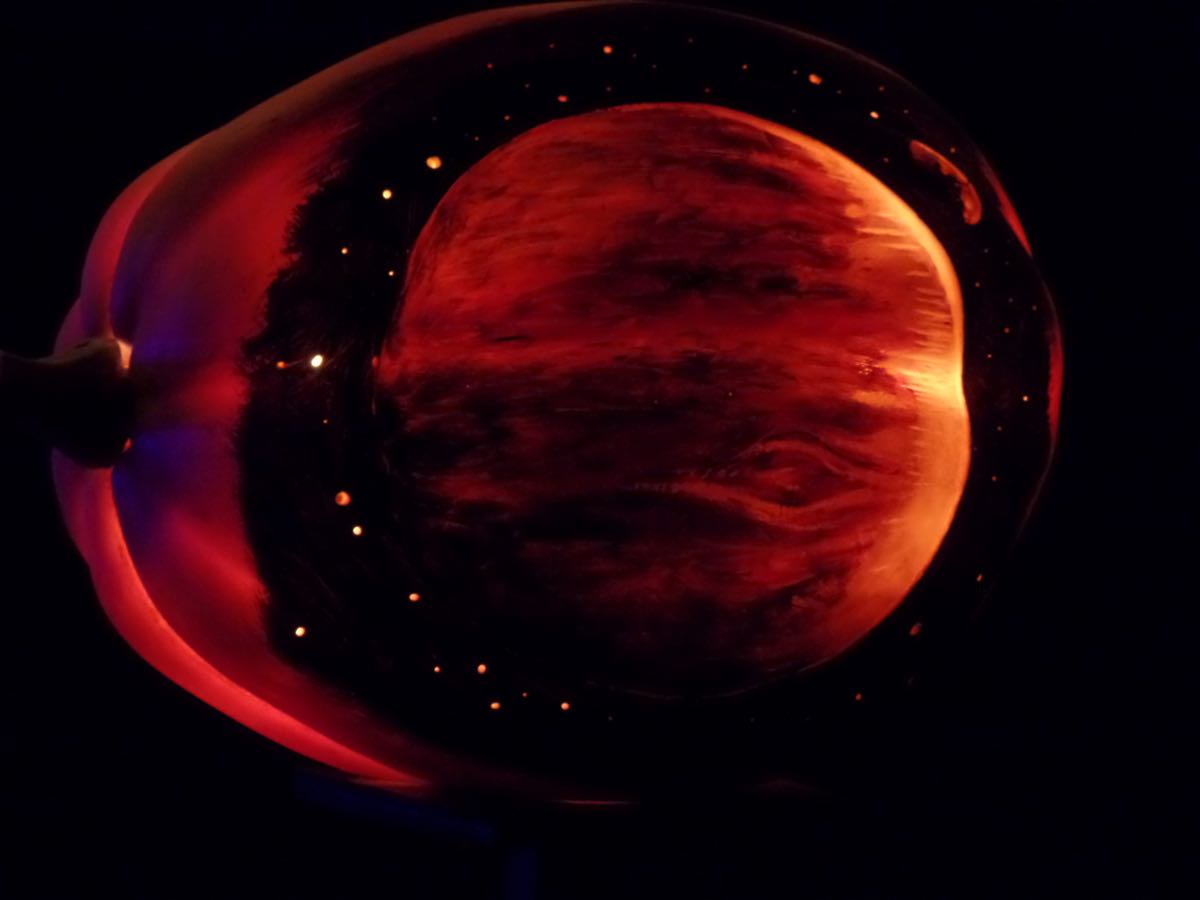 Jupiter, which in pumpkin form looks like it's being eaten by the monoliths already. 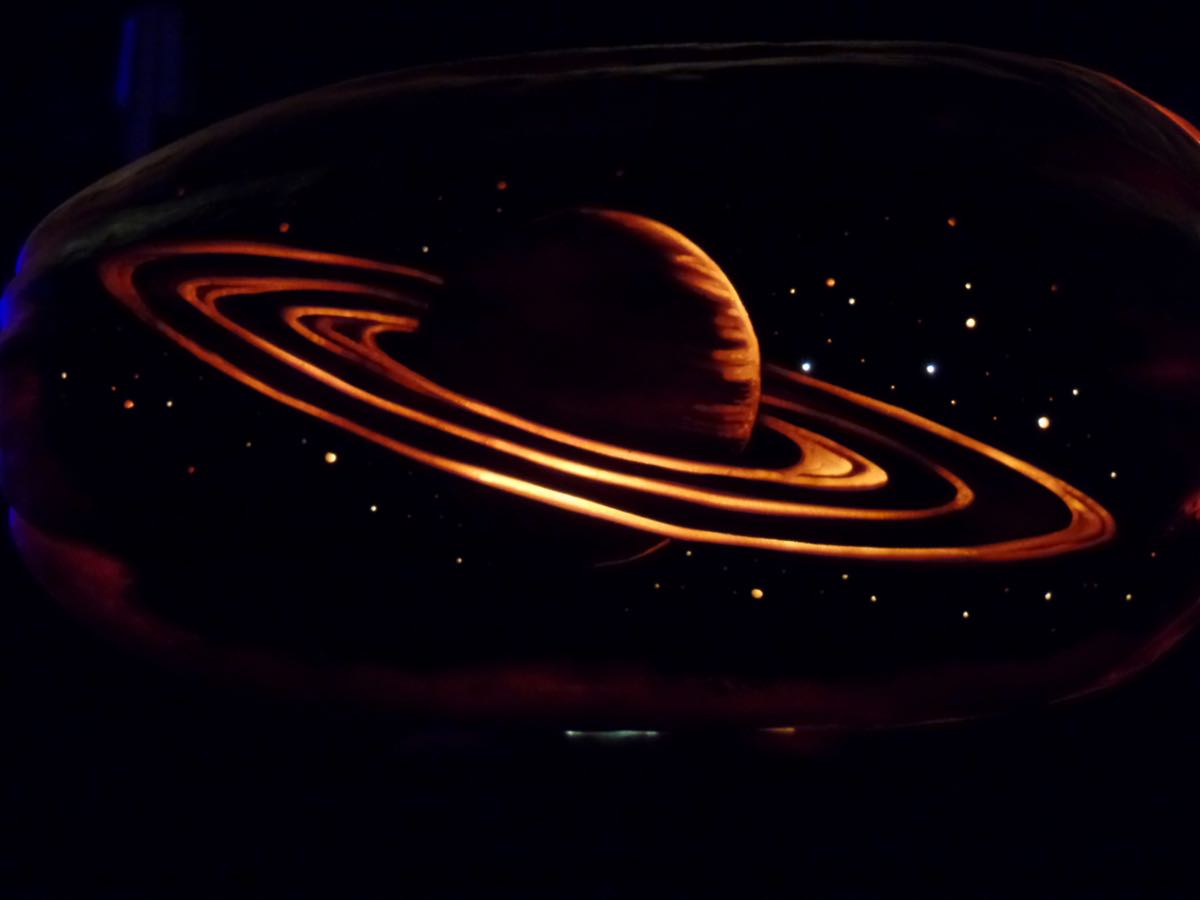 And Saturn's grooving those rings. 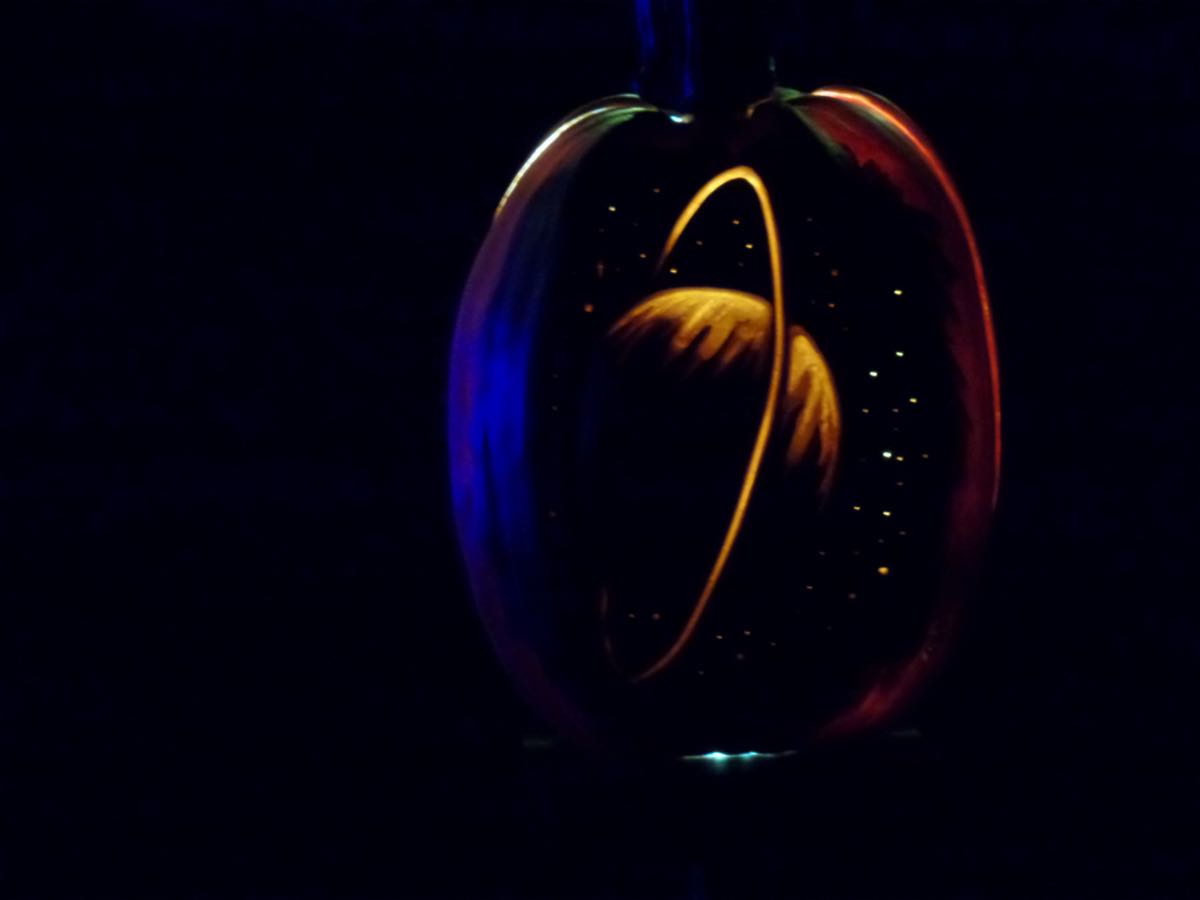 bunny_hugger hadn't known that Uranus has a ring. It was a surprise for astronomers too! The biggest surprise I think that it wasn't found by a space probe but by telescopic observations from Earth. 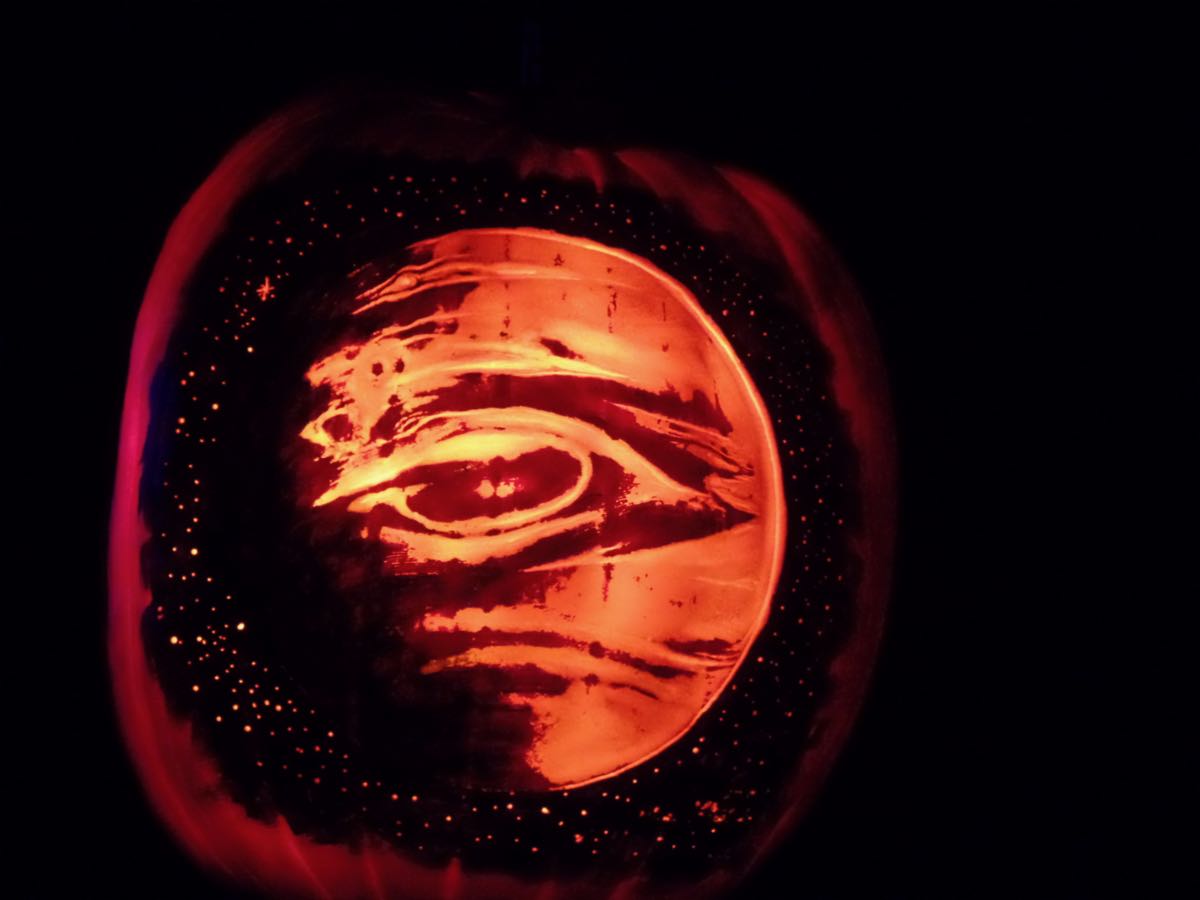 She also didn't know Neptune has a Great Dark Spot that makes it look like a monster's head. 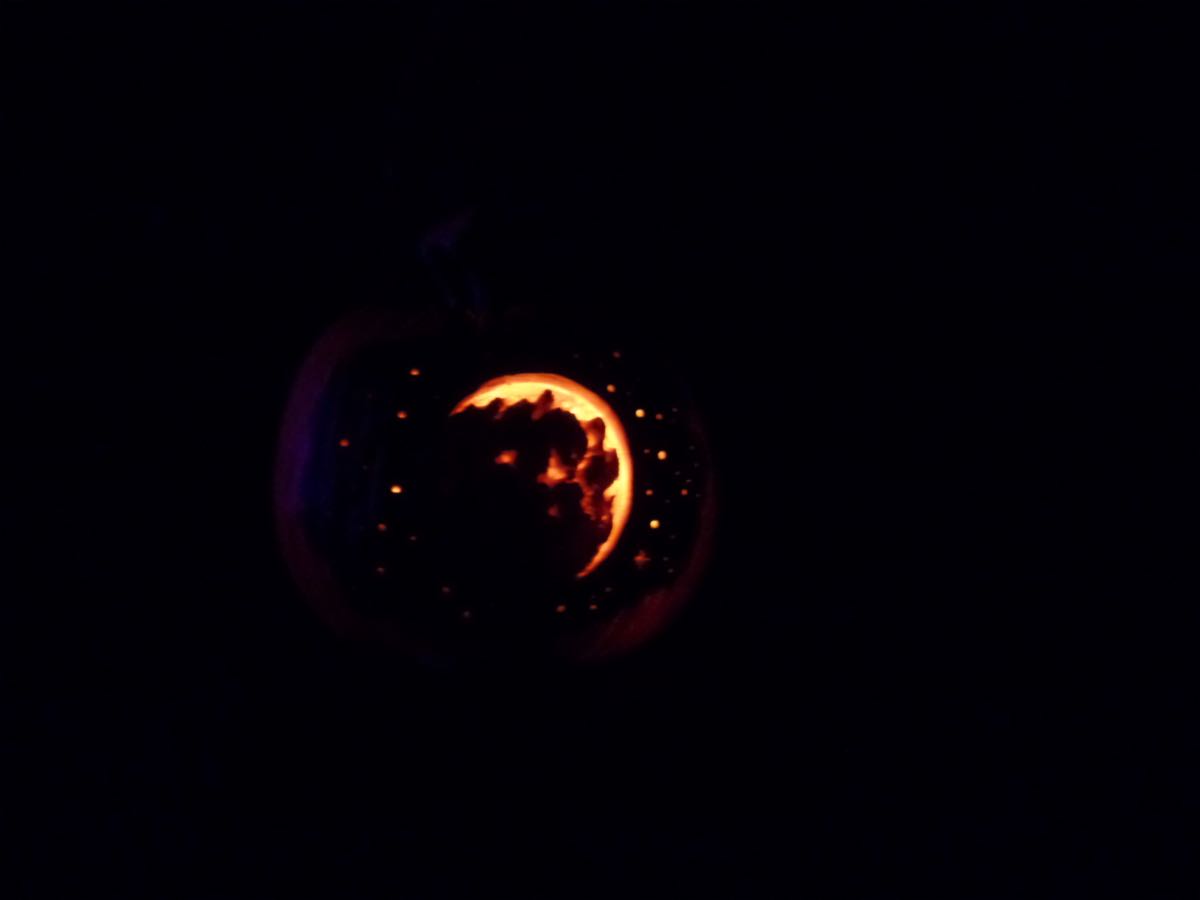 And a last pumpkin to give Pluto some representation. I was surprised they didn't emphasize the part that looks like a valentine heart.

Trivia: Metropolitan railroad stations were not built out of steel and glass until the 1850s, two decades after they began being built at all. Source: The Railway Journey: The Industrialization of Time and Space in the 19th Century, Wolfgang Schivelbusch. Schivelbusch notes the Crystal Palace of the Great Exposition of 1851 must have been an important influence in this.

Currently Reading: Rocket Girl: The Story of Mary Sherman Morgan, America's First Female Rocket Scientist, George D Morgan. The first library book I've checked out since March 2020! And ... I have not checked the citations yet, but I'm uneasy with the biographical portions. George Morgan's writing about his mother, OK. And about how much of her past was a complete blank, a record suspiciously empty. To the point that it seems plausible that her record has been Erased. Like, a college she attended reports over the phone that they had her transcripts, and then a year later when he asked for them, says there were no records she had ever attended. And not just documentation; she never discussed a word of herself with her children, and could only know things from deduction and slender clues. OK. So, he writes a scene displaying his mother's thoughts the night she ran away from home to go to college. How known? I understand there are readers for whom little touches, like, the social worker commenting on how close the car is to slipping into a muddy ditch as they come to check on the seven-year-old Mary, make the scene. But they make me ask how much of this is fiction.

PS: My Little 2021 Mathematics A-to-Z: Analysis, in which I try to explain twelve credit-hours' worth of undergraduate mathematics life in 1500 words.