bunny_hugger's birthday, of course. Partly by giving presents, before setting out to her parents'. Also in the cake we had for dessert. It was bought form a local bakery and for some reason her father had them inscribe her new age on the top, instead of just wishing a happy birthday. Also for some other reason, the age was given in quote marks, as though her age were ironic.

What we'd like to have done was gone to Bronner's, but given how Covid-19 is out of control and this is their busy season we thought that a bad idea. Maybe January, on a weekday. We instead, the next day, went to the bookstore to buy a board game, with the intention of playing board games all night. As it happens, there was too much stuff to do to spend the whole evening playing board games. But I was able to learn to play this pinball-simulator board game. It's not attempting to simulate the speed of pinball, but rather the combination of strategy and simulation: you roll dice and based on what you roll, can aim at different targets, or have to accept a drain. You can even nudge and risk tilting. As often happens in these head-to-head competitions

bunny_hugger creamed me. She said she thought I captured the game strategy better than she did, although since we played with the exact same set of dice rolls and her score more than doubled mine, I think she's wrong.

So it was not the birthday we'd have hoped for, but, well, she's loved and I hope feels that love daily. 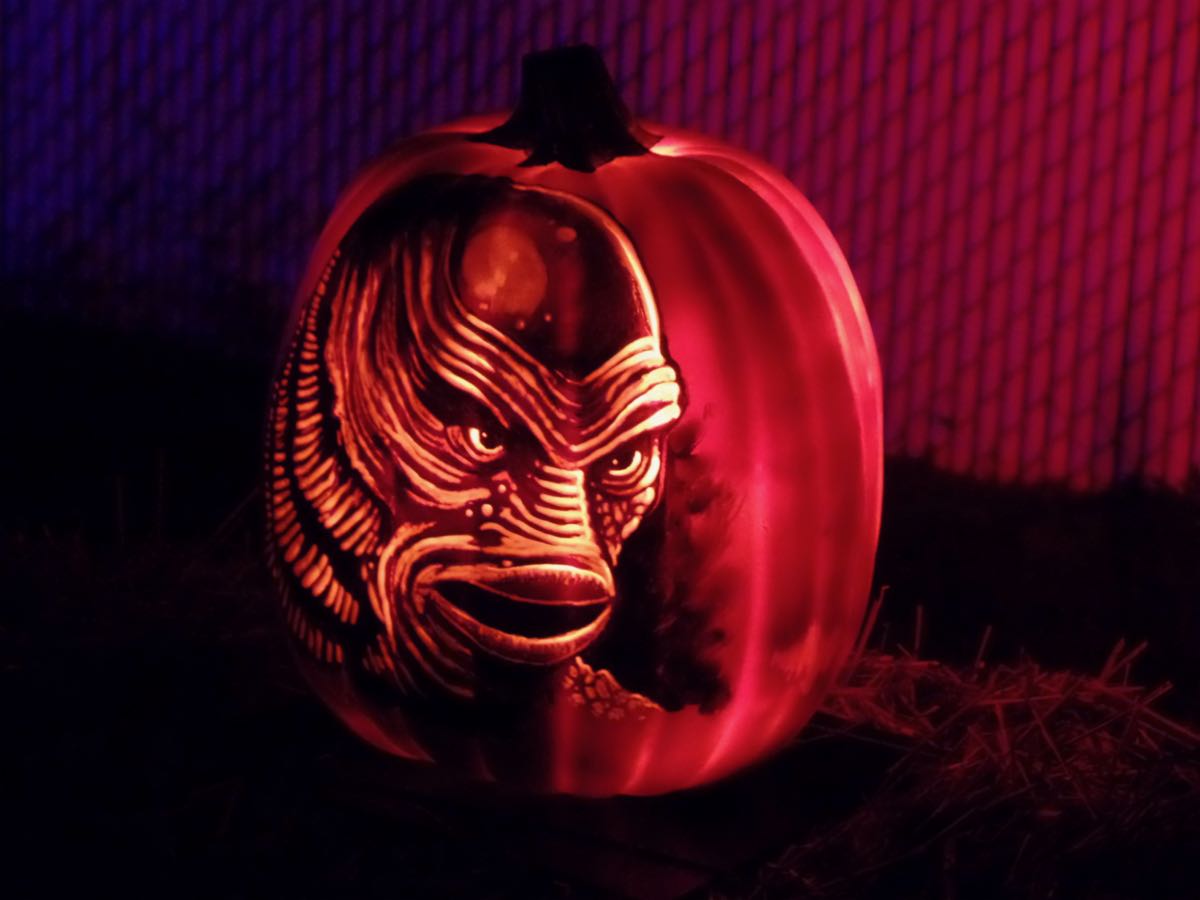 Another series --- there were many of them --- and this of the Universal Movie Monsters. Here's the Creature. 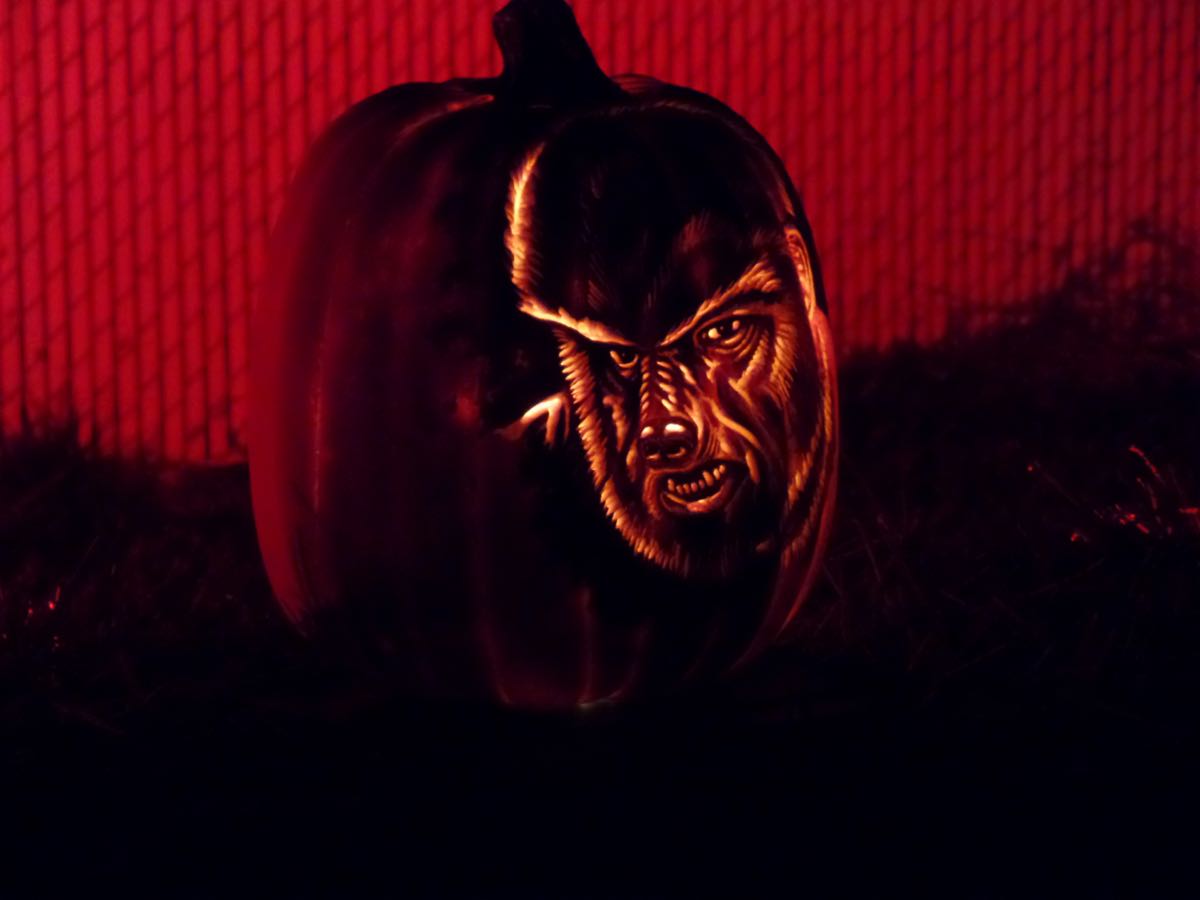 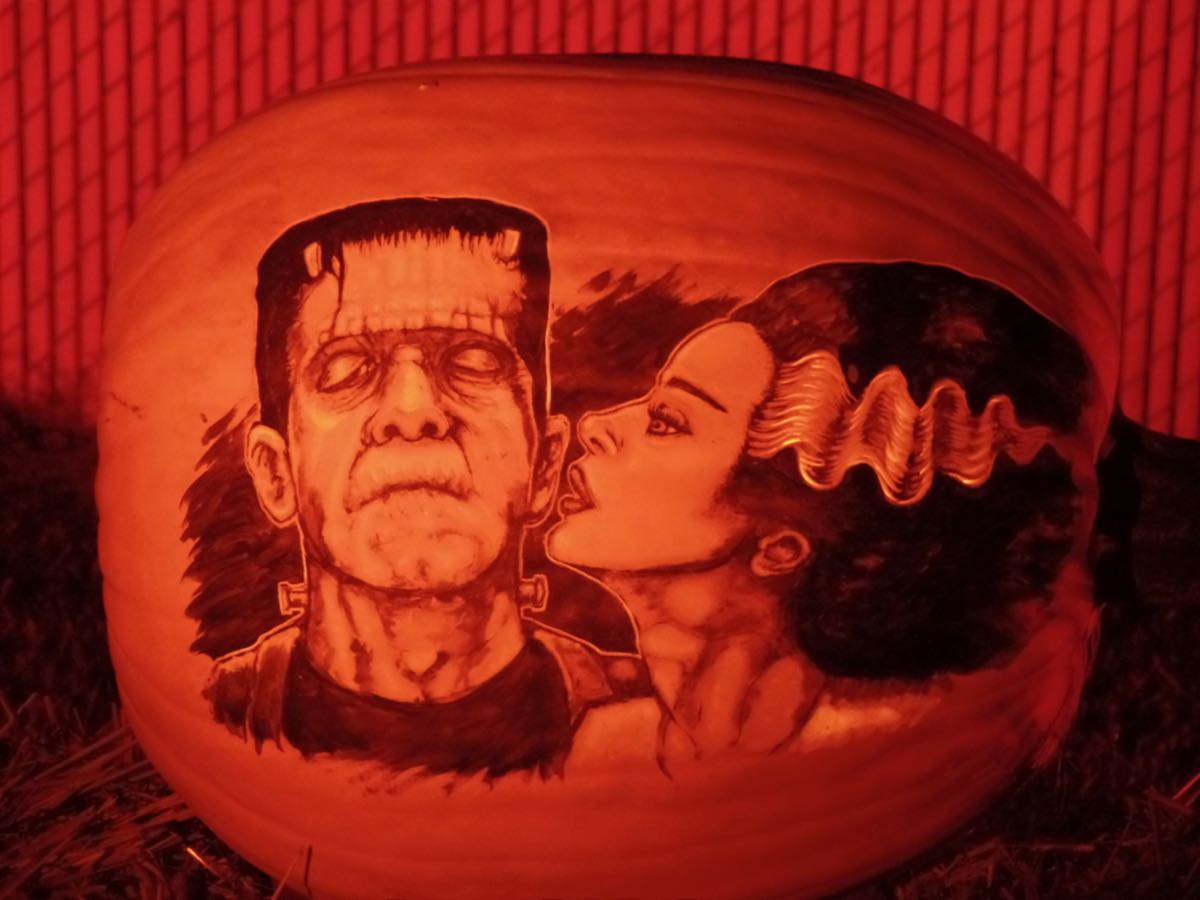 Frankenstein, and if you're going to say that's not his name, then how can she be the Bride of Frankenstein? Huh? 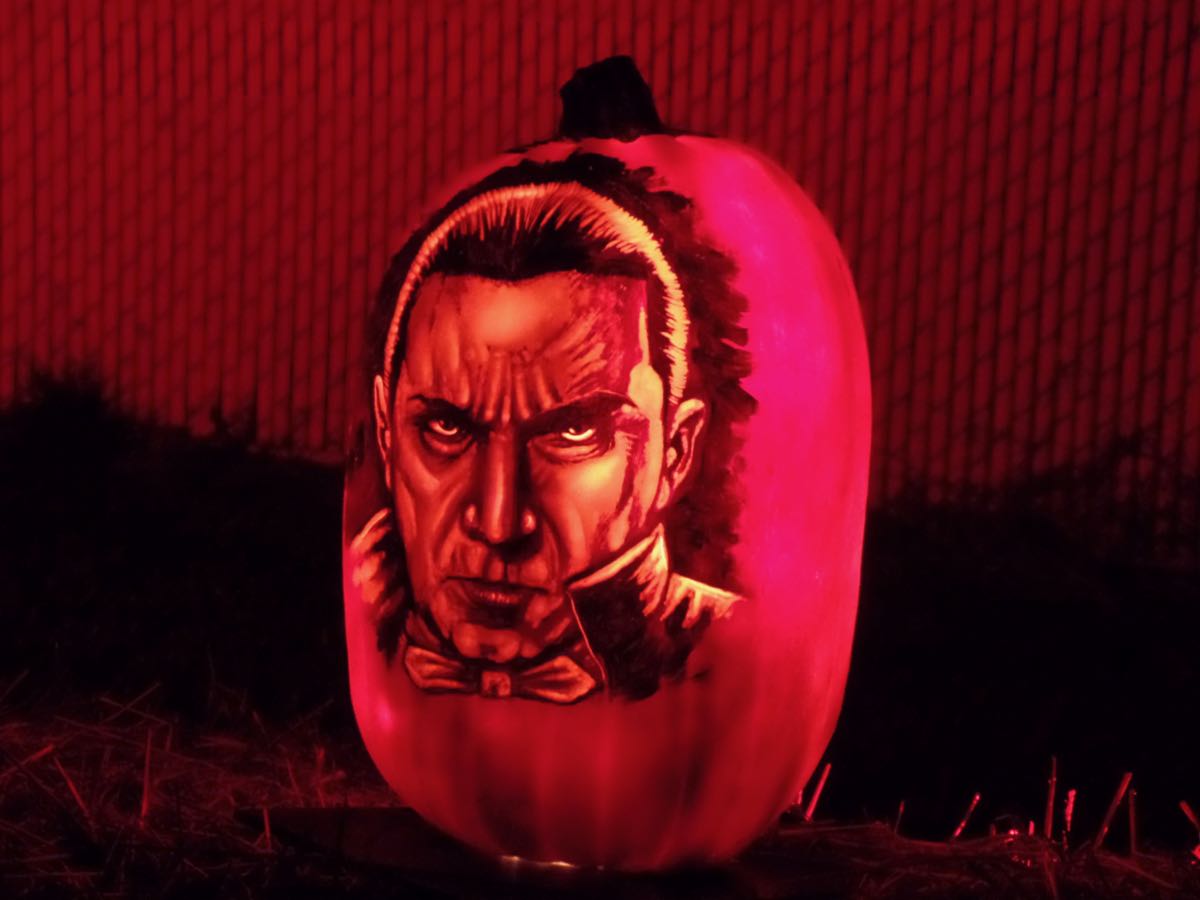 Dracula's got quite some presence considering it's a pumpkin. 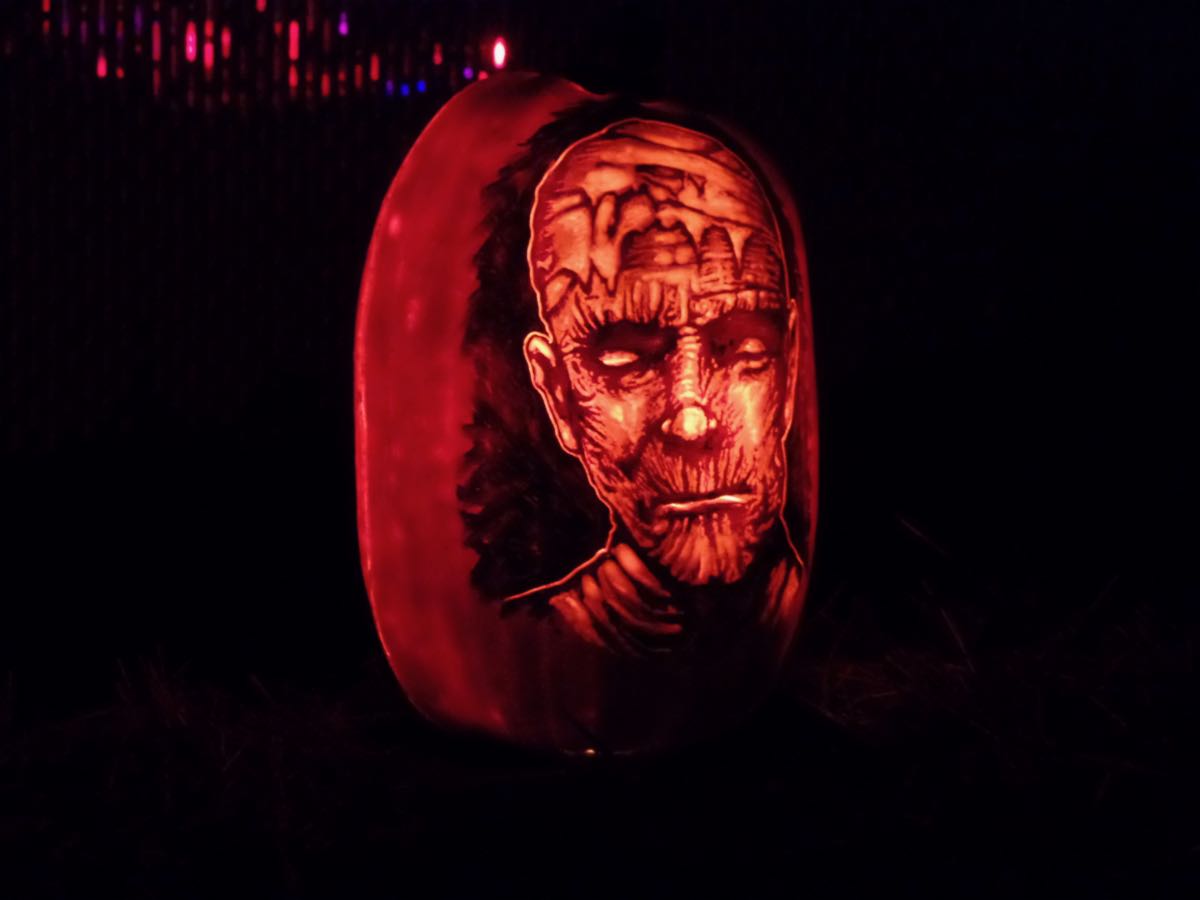 And here's the Mummy. 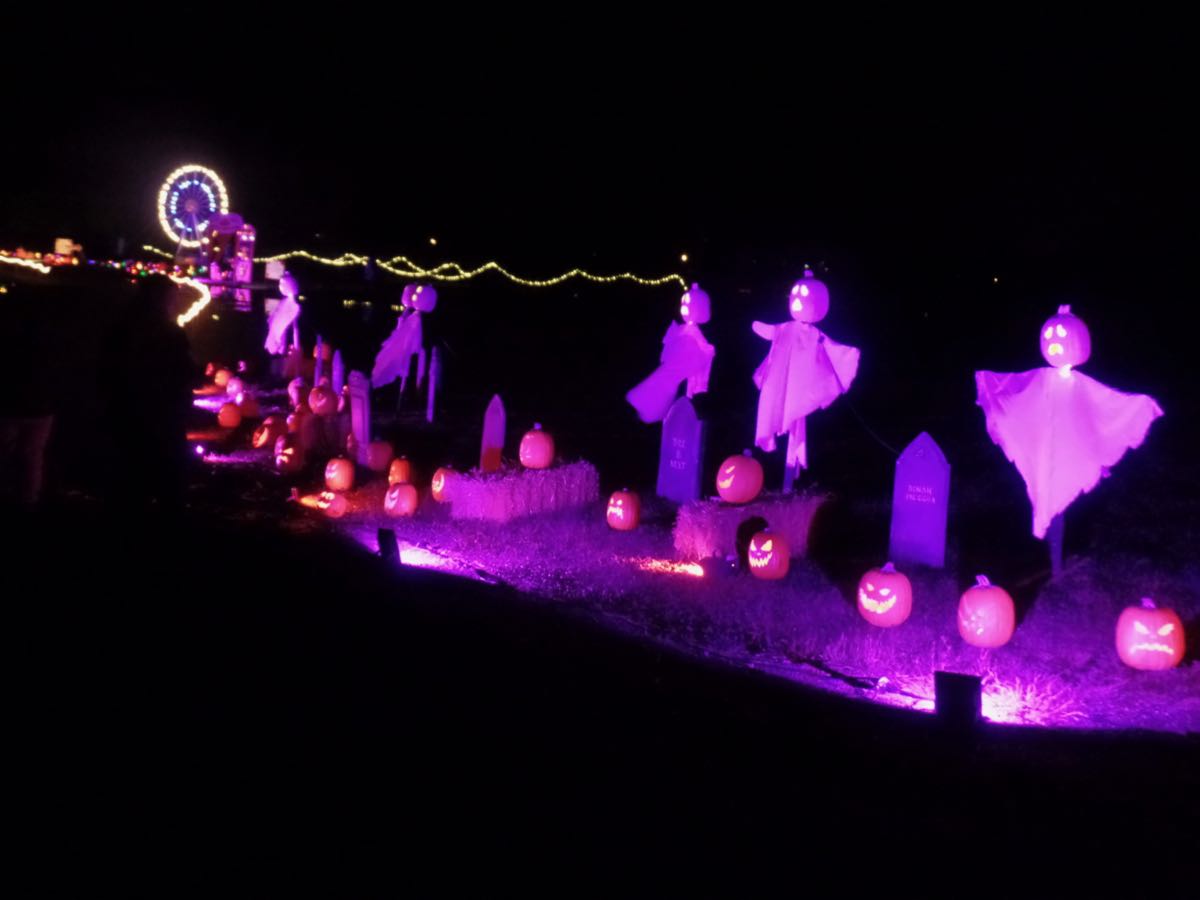 And then here's the next area, a graveyard.

Currently Reading: Rocket Girl: The Story of Mary Sherman Morgan, America's First Female Rocket Scientist, George D Morgan. Boy, this book. Morgan writes as though it were a deep historical mystery why the Nazi engineer Wernher von Braun was sidelined from orbital rocketry in the 50s, when actual space historians have had a thoroughly satisfying understanding of that for forty years now.

But then also little scenes, in the made-up dialogue. Like, I can buy that a couple engineers on a break would give The Army Guy a hard time about the difference between ``secret'' and ``top secret''. And go from there to figuring if there's different measurable amounts of secrecy there must be a unit of secrecy. OK. That someone in 1955 proposed ``gigahertz of secrecy''? Gigahertz. In 1955. While this is not impossible, either on the giga- or the -hertz side, no.

And this bothers me because this is a book arguing for the importance of a person omitted from the historical record. If I can't trust the things it's easy for me to validate, how can I trust the things I can't? Why not have the imaginary discussion propose ``megacycles'', which would still be made up but would not force me to notice, a page before the biography subject's given an unprecedented and seemingly impossible task, that the author is fibbing?