Thursday the day started nice, sunny and poking into the 60s. Over the afternoon a storm front rolled in, and the temperature dropped, and the temperatures dropped to ... well, to about where they should be, for this time of year. There'll be nice days yet, of course. Wednesday's forecast to be pretty good, for example. But it's hard to escape the impression that on Thursday we went from the part of autumn that's still late summer into the part of autumn that's early winter.

How about some more unleashed jack-o-lanterns? Thought you'd like to see them. 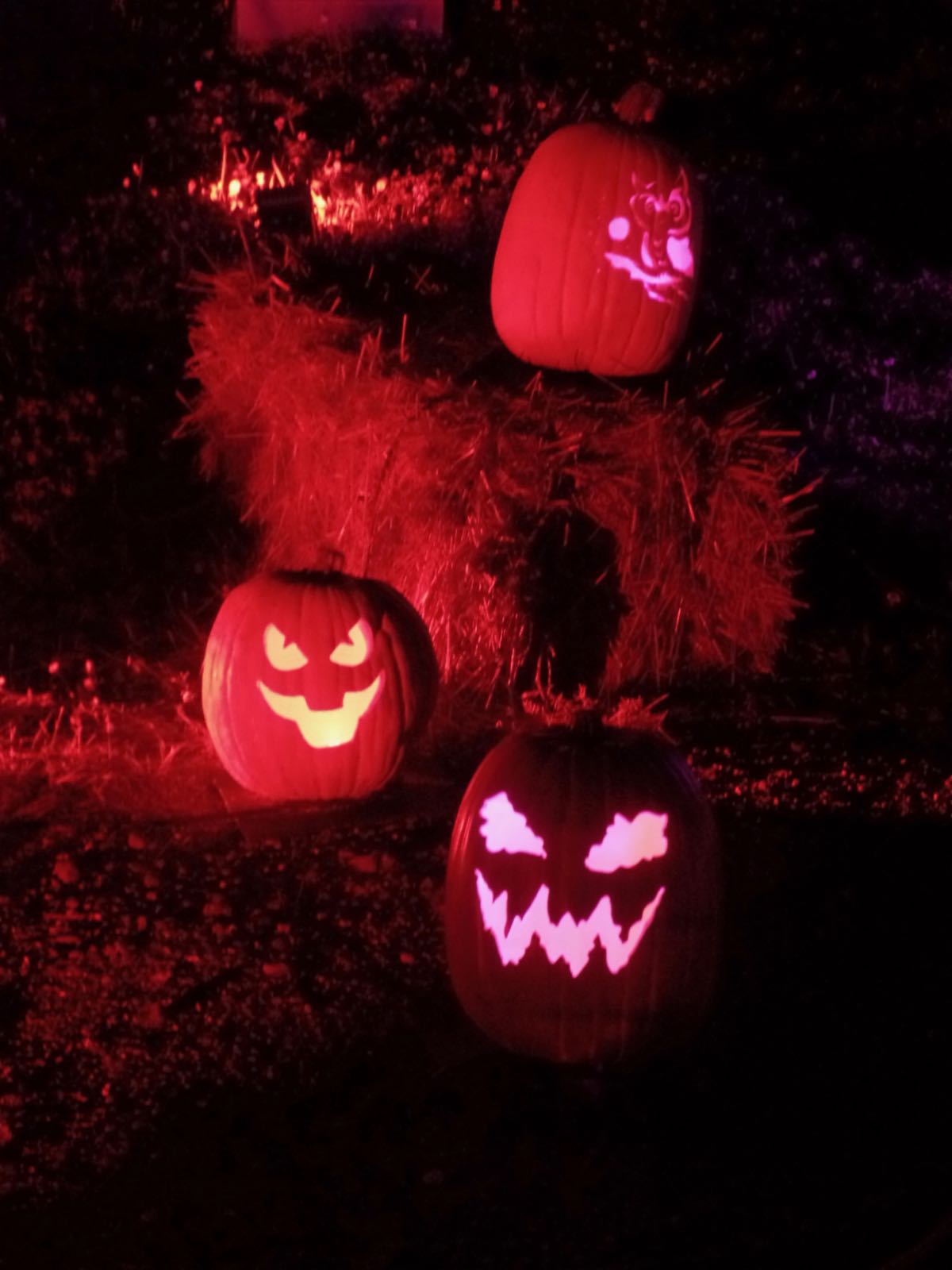 Now we're back to unbranded pumpkins. I like the jagged lines of the lowermost pumpkin here and will try to remember the effect for next year, but I won't. 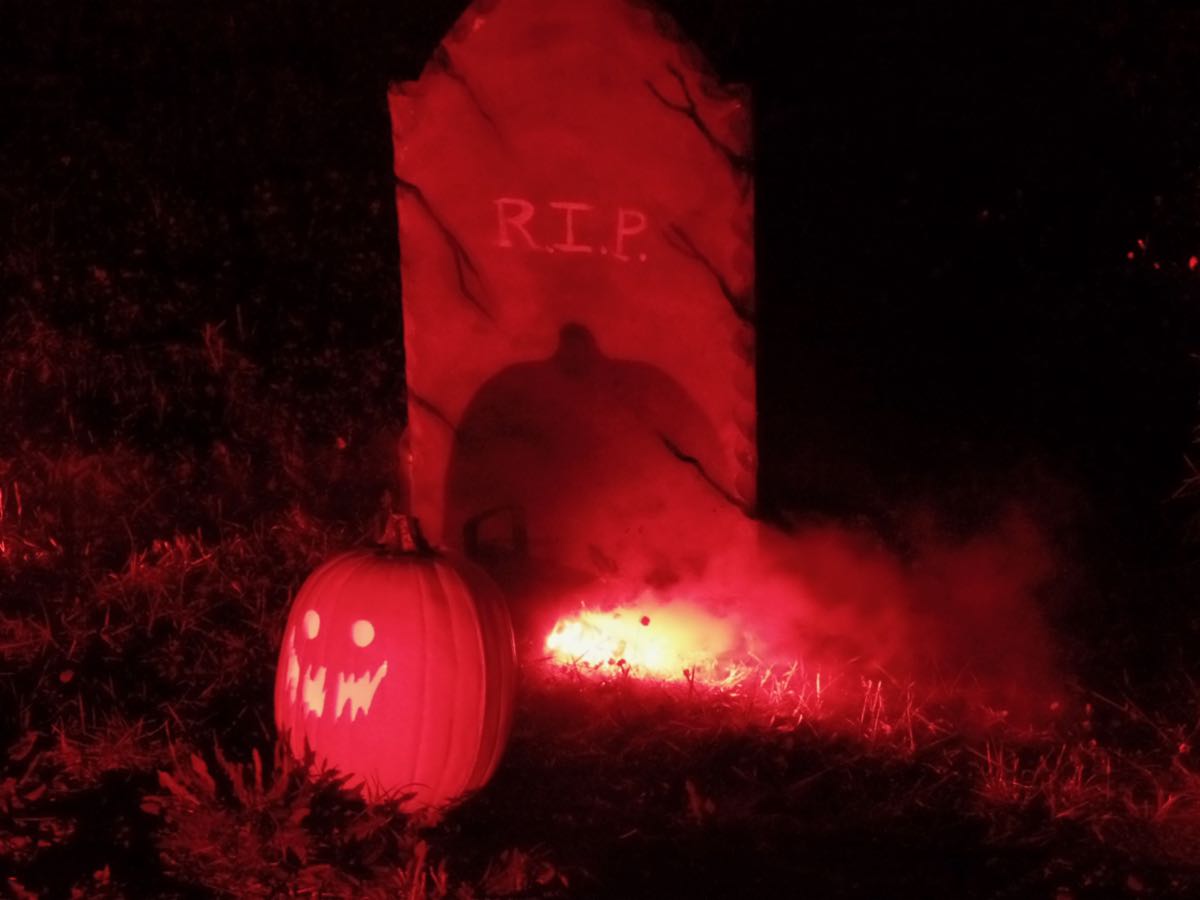 Here we get into the graveyard-themed section of the show. 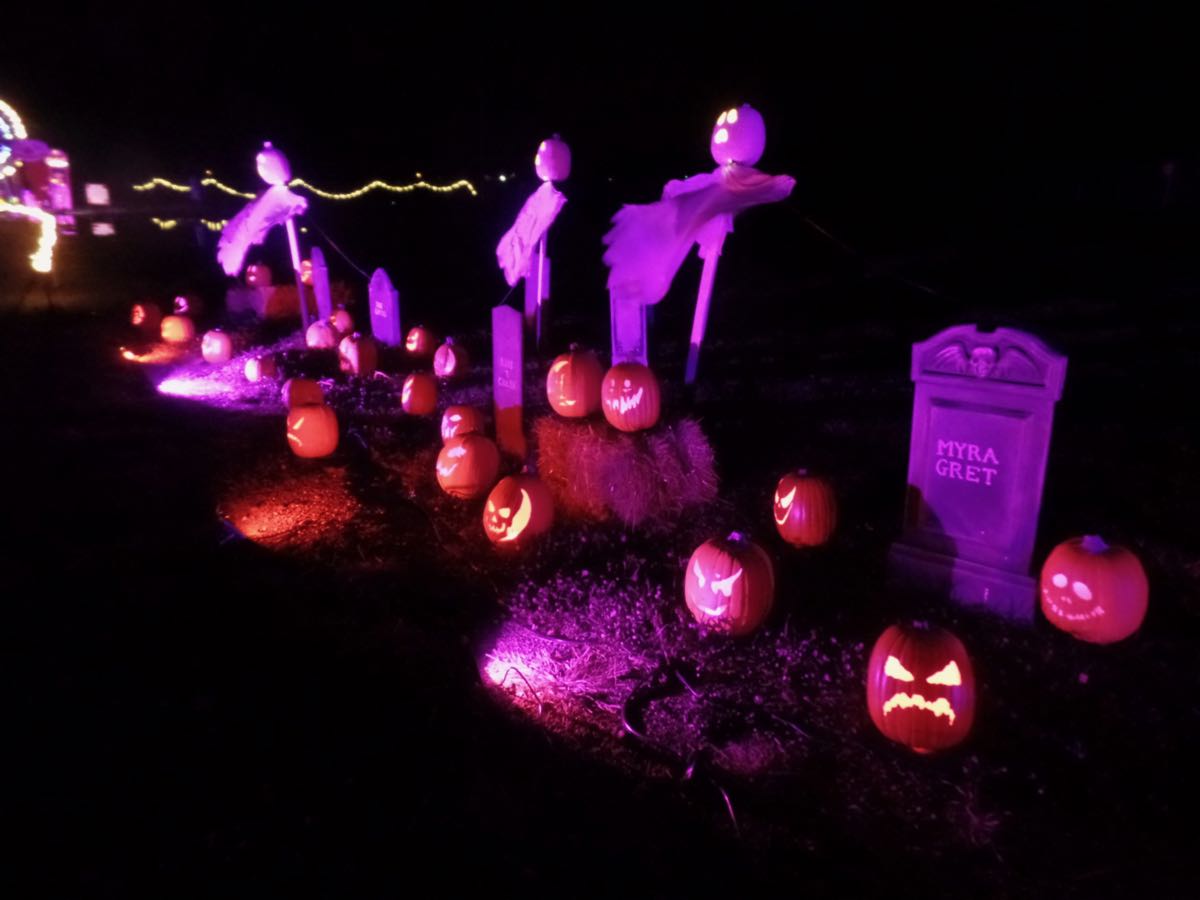 More of the graveyard. I don't remember seeing 'Myra Gret' as a comic tombstone name before, to my amazement. 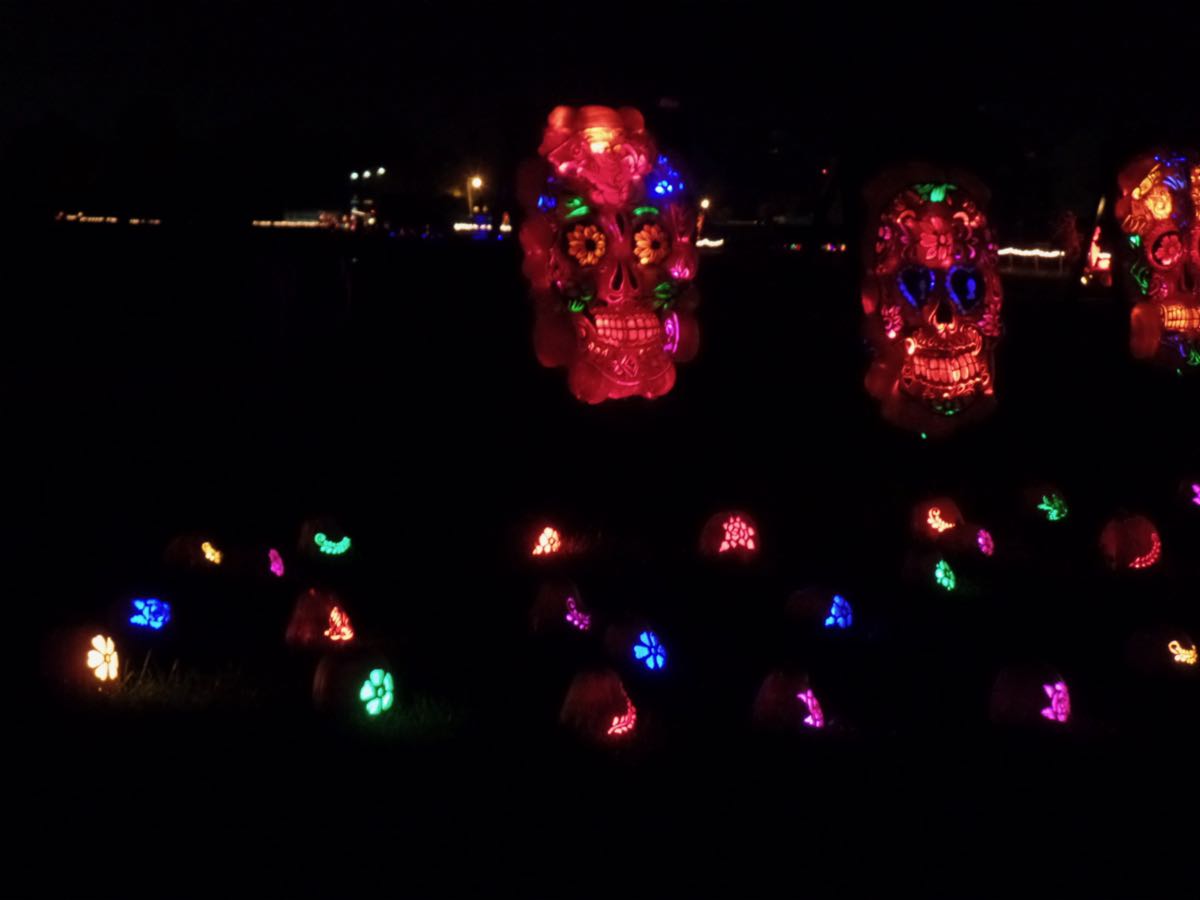 The jack-o-lanterns moved into a Dia de Muertos section. 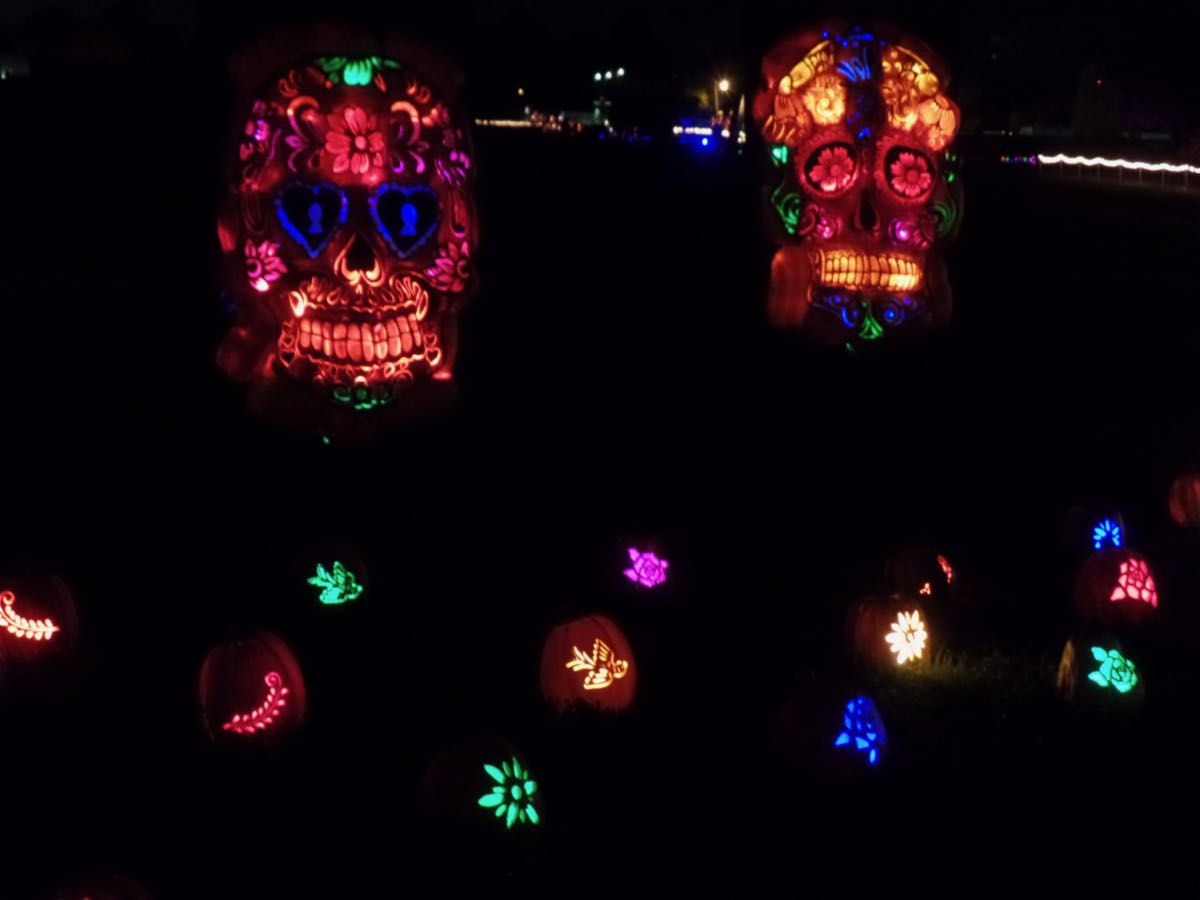 The lower row is all pumpkins, some real. The big upper figures are plastic standees sculpted to look like sections of pumpkins. 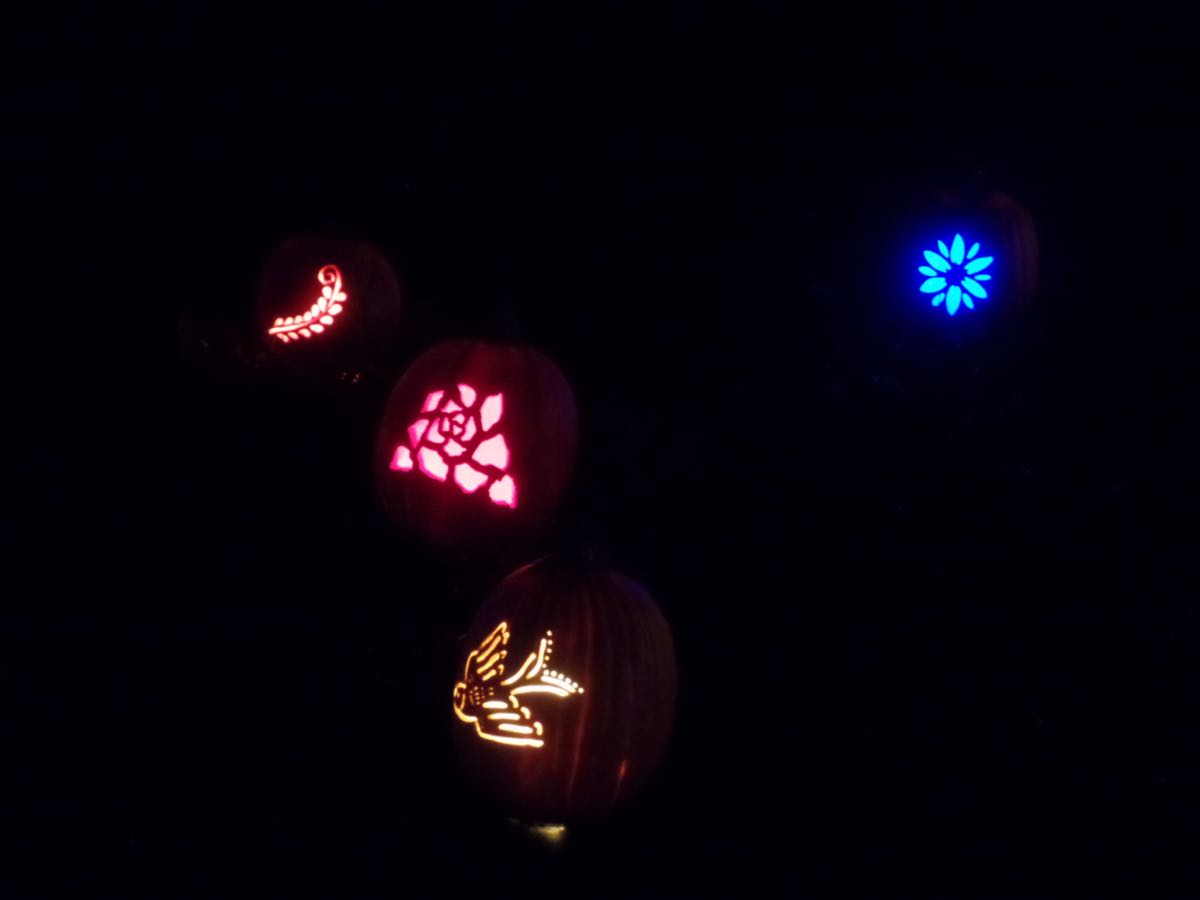 Flower, star, bird, and a leaf pumpkin. They just all look nice.

Trivia: In Spring 1918, President Wilson assigned Charles Evans Hughes, his opponent in the 1916 election, to head the Justice Department's inquiry into the Aircraft Production Board, which had failed to produce combat planes Source: Waging War: The Clash Between Presidents and Congress 1776 to ISIS, David J Barron.

Currently Reading: Rocket Girl: The Story of Mary Sherman Morgan, America's First Female Rocket Scientist, George D Morgan. So a woman born in North Dakota in 1921, who went to college in Sandusky, Ohio, and then moved to southern California, suggested in 1957 calling a rocket fuel 'bagel' for the pun of saying the booster used 'bagel and LOX'. I can't call this impossible --- in the early 40s Fred Allen was tossing off quips about bagels as ``a doughnut with a hangover'' or stuff like that --- but, mm. Hm. Like, only about one-fifth of Americans had eaten a bagel according to a study done in 1984. Thirty years sooner? When pizza was this automatically funny moon-man food? I once again ask for a primary source on this stuff.