How's my mathematics blog looking these days? A bit closer to normal. If you're not following the RSS feed, you can catch up on the last couple weeks' worth of writing now, with:

Now, let's get to the most exciting part of the jack-o-lantern unleashed at the Ingham County fairground ... 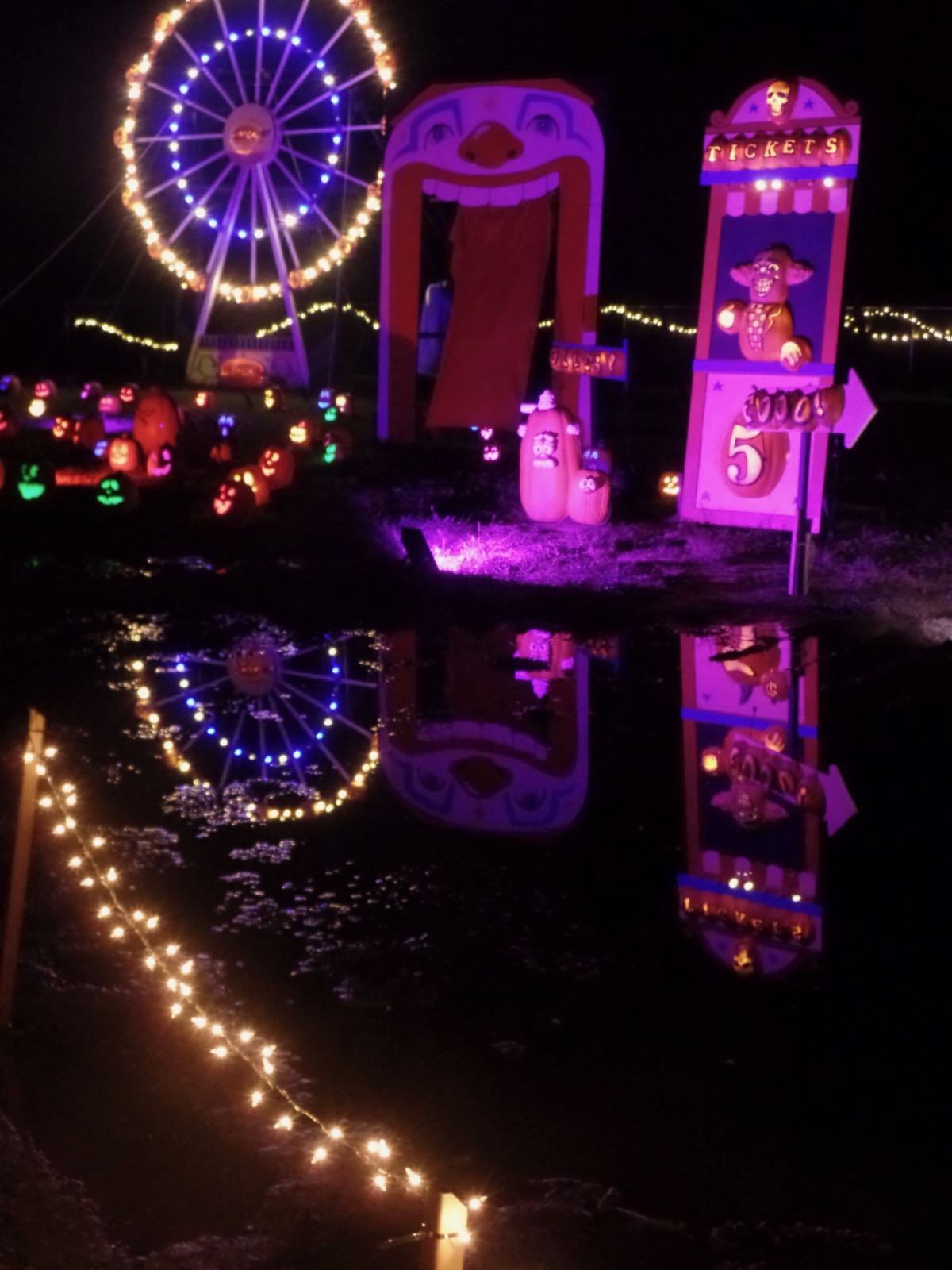 Since this was set up at the county fairgrounds they had have a county fair-themed section. 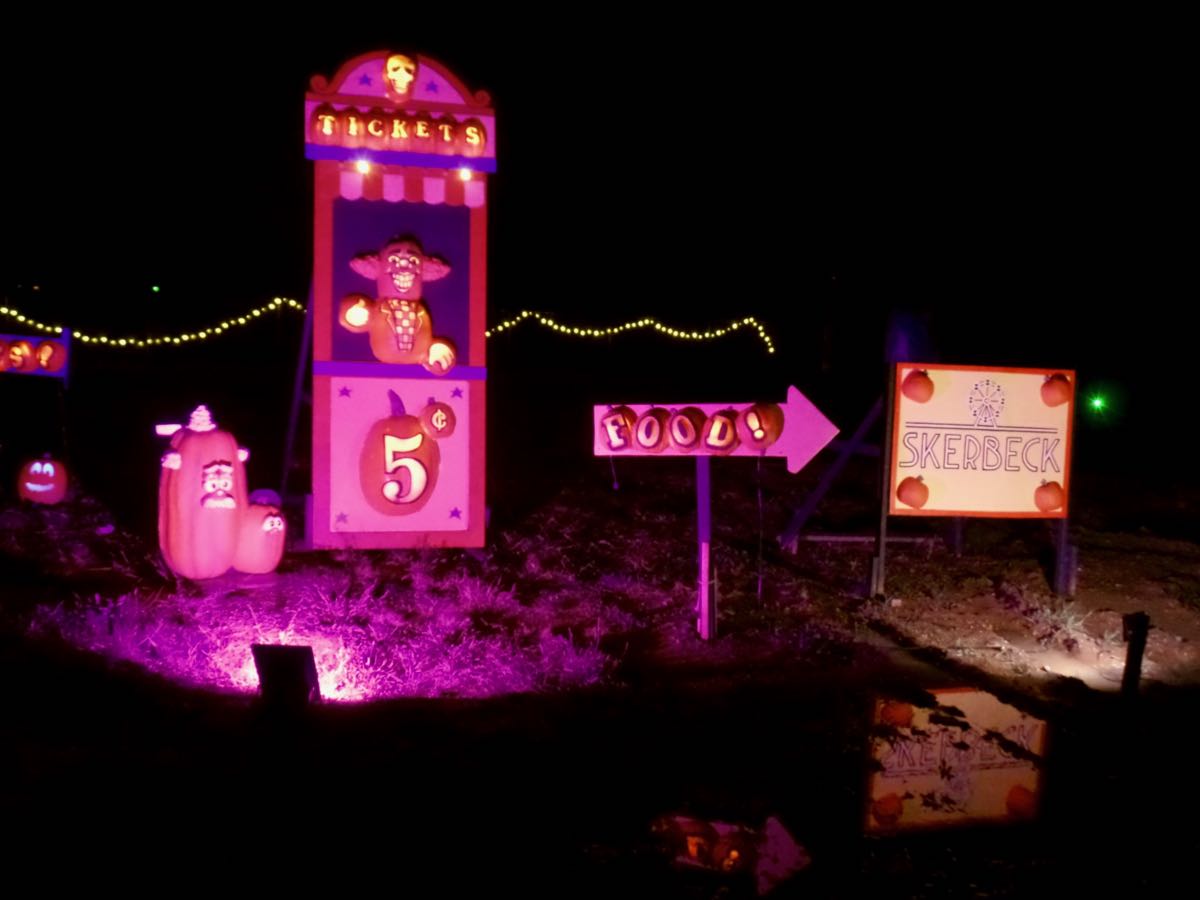 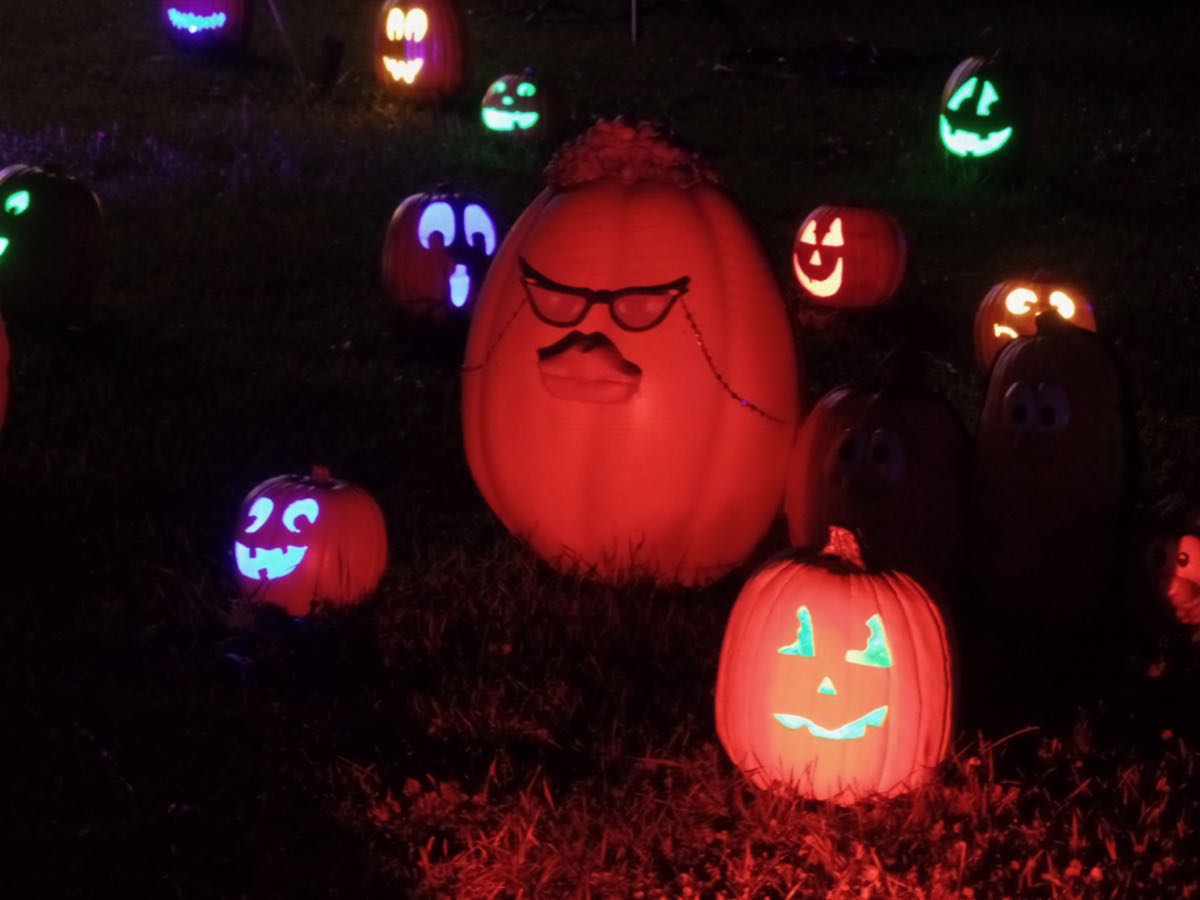 Hey, it's the eyeglasses woman from The Far Side, and she's a pumpkin! 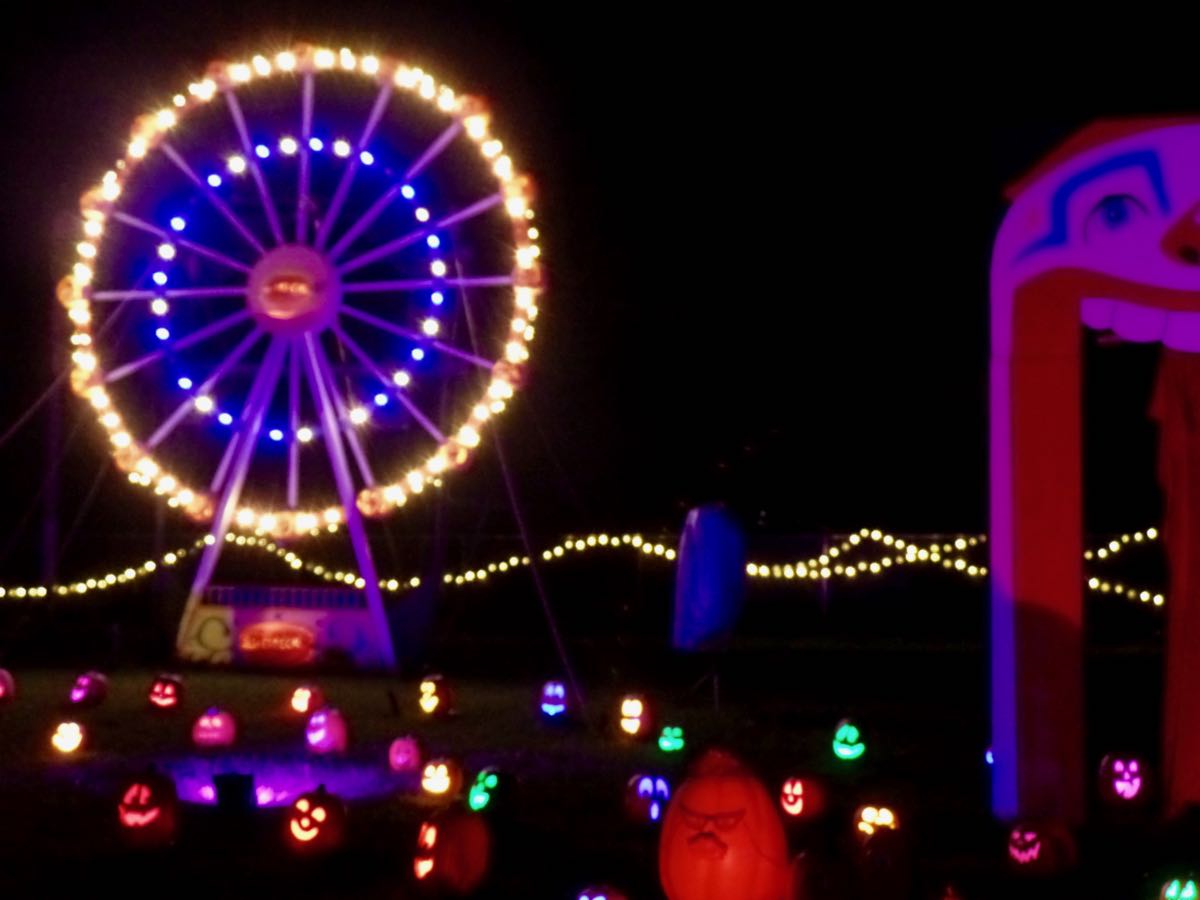 The centerpiece of the county fair section, a Ferris wheel. It didn't rotate but the scene of a Ferris wheel in front of a roller coaster really communicates 'fair'. 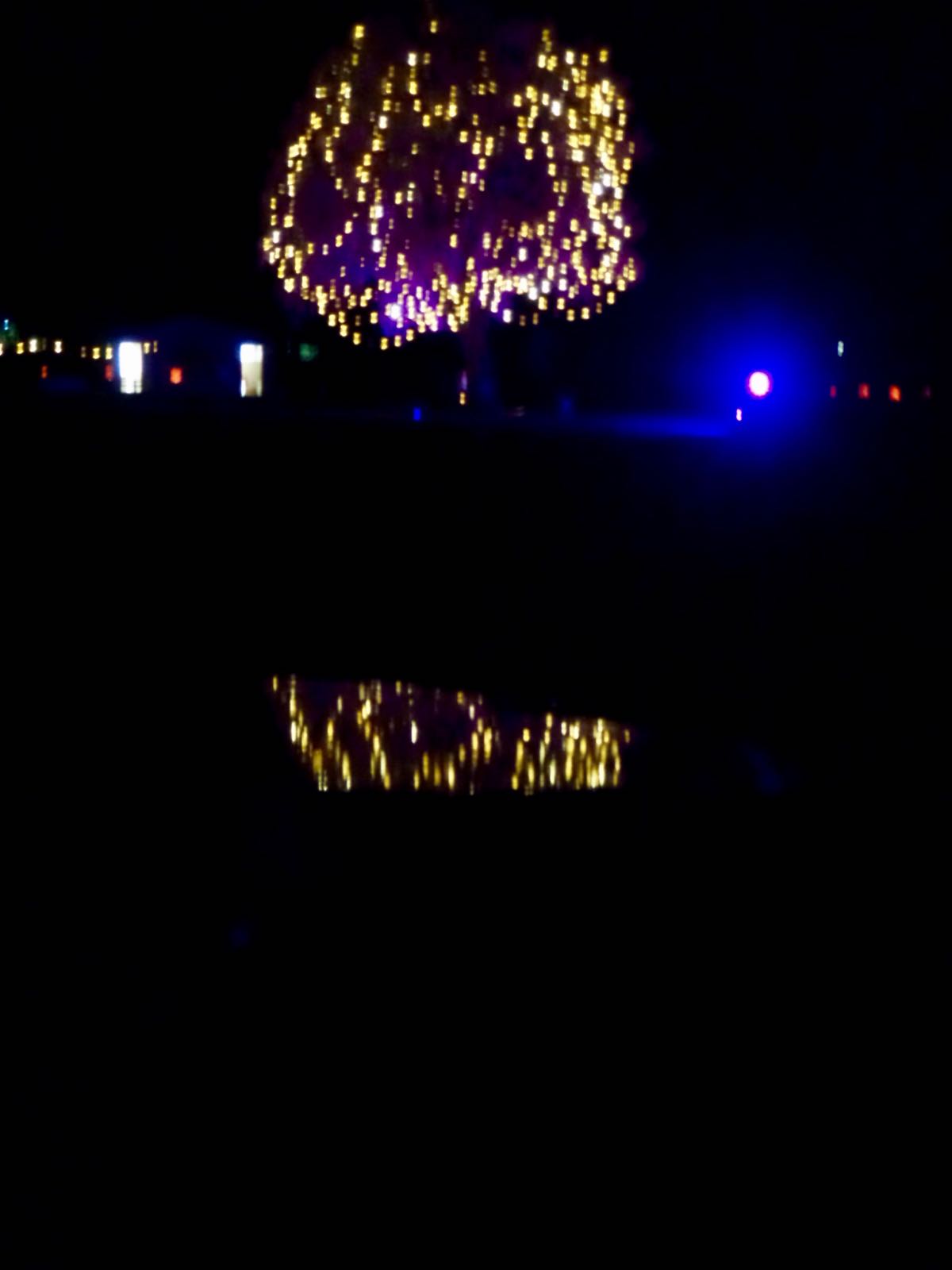 Looking back, here's that tree with the lanterns again, and reflections in a puddle. 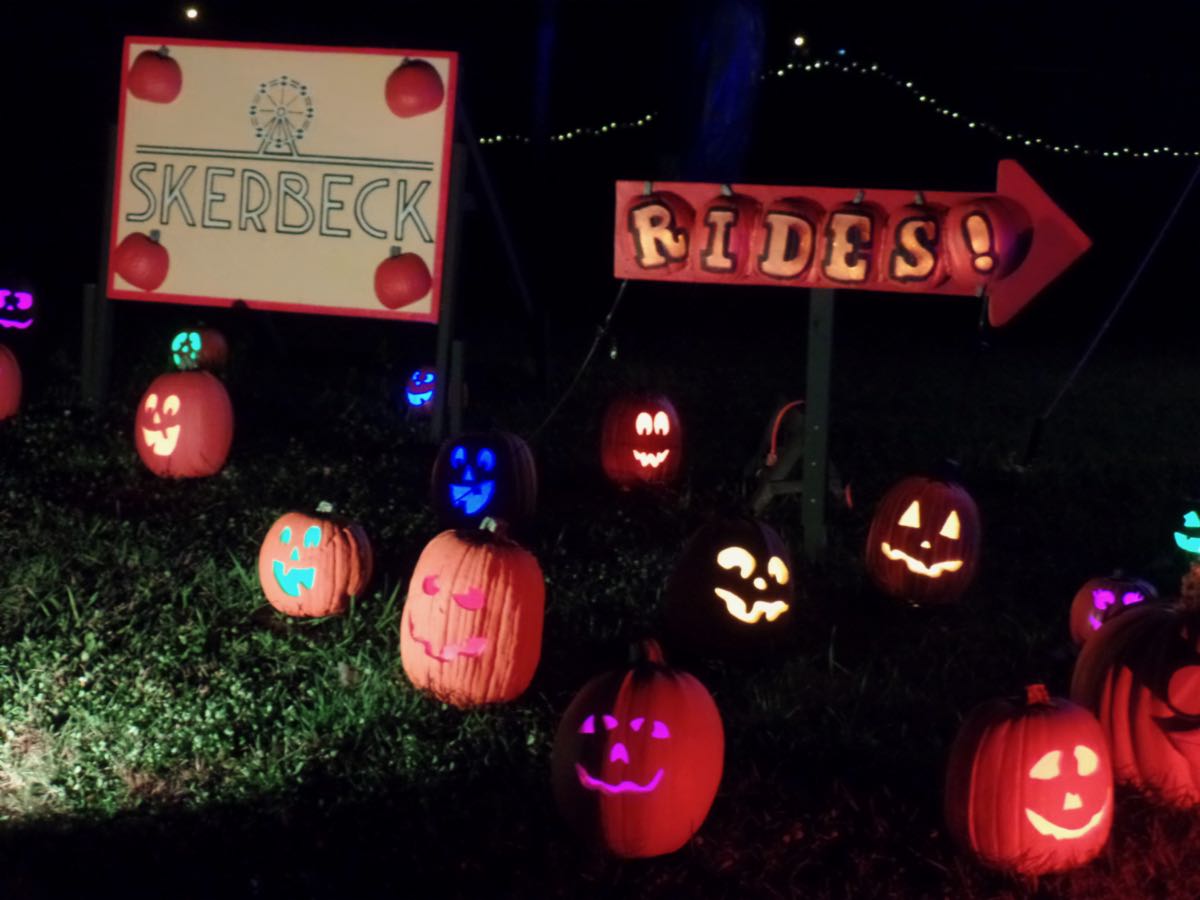 Looking at a Skerbeck sign and the promise of rides off to the side. 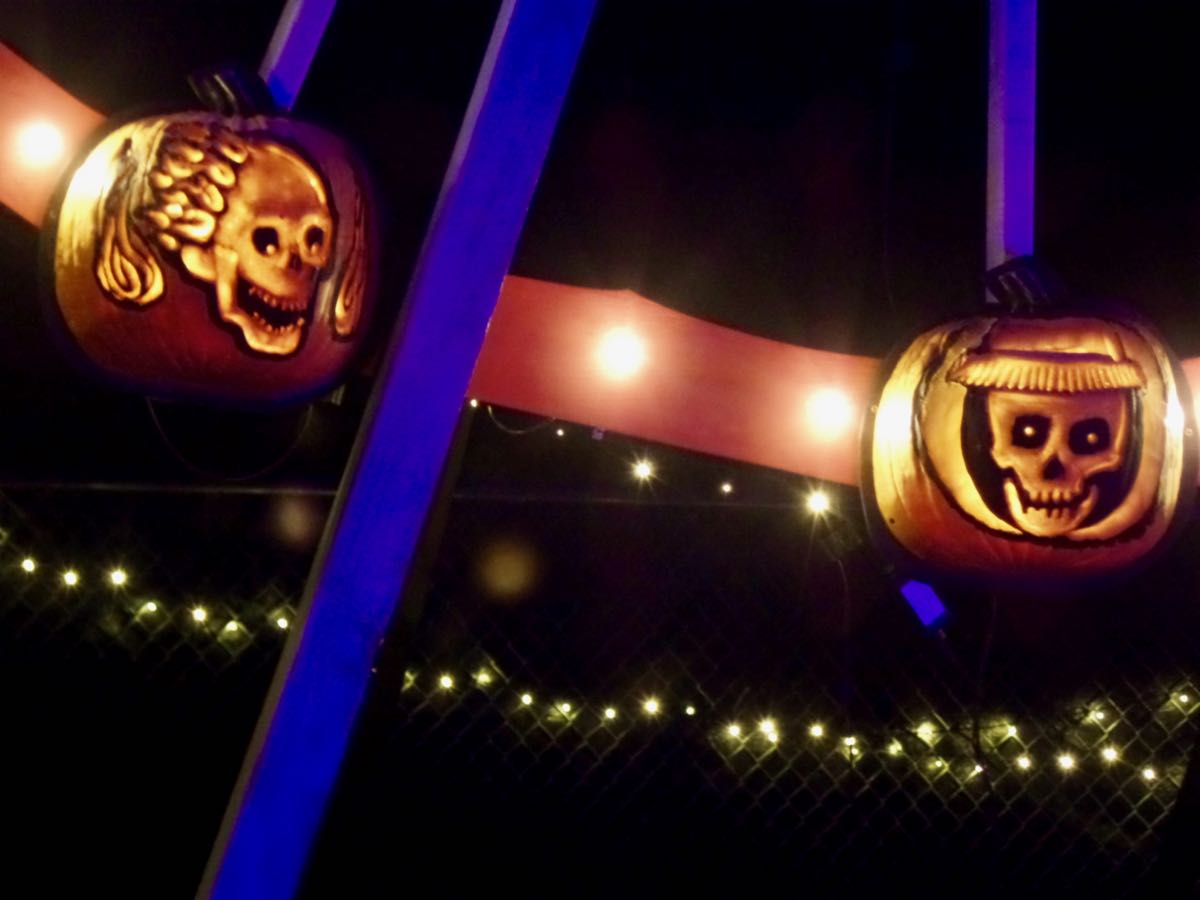 Looking close at the jack-o-lanterns making up the Ferris wheel. 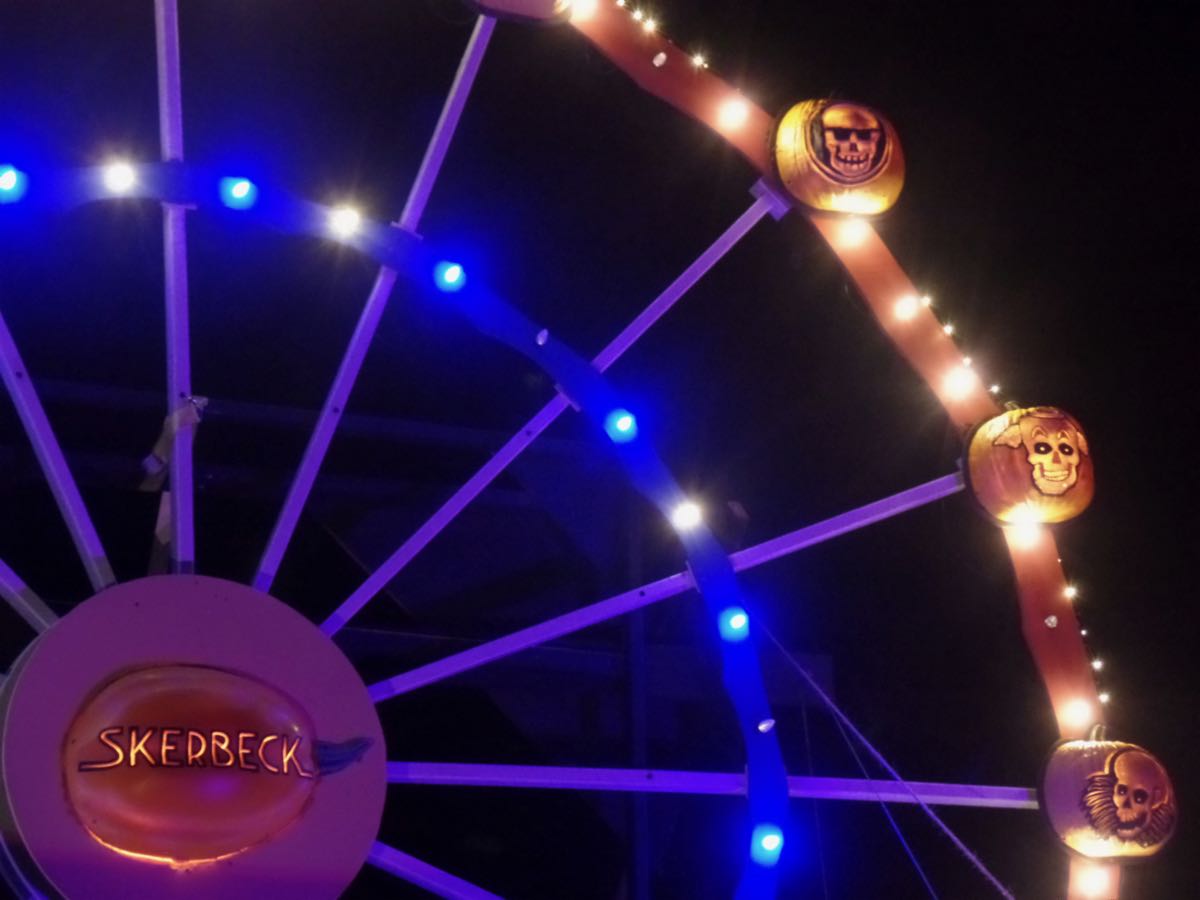 More of the Ferris wheel, including some self-promotion for the company that provides the concessions. I don't know what role they had in the lanterns. 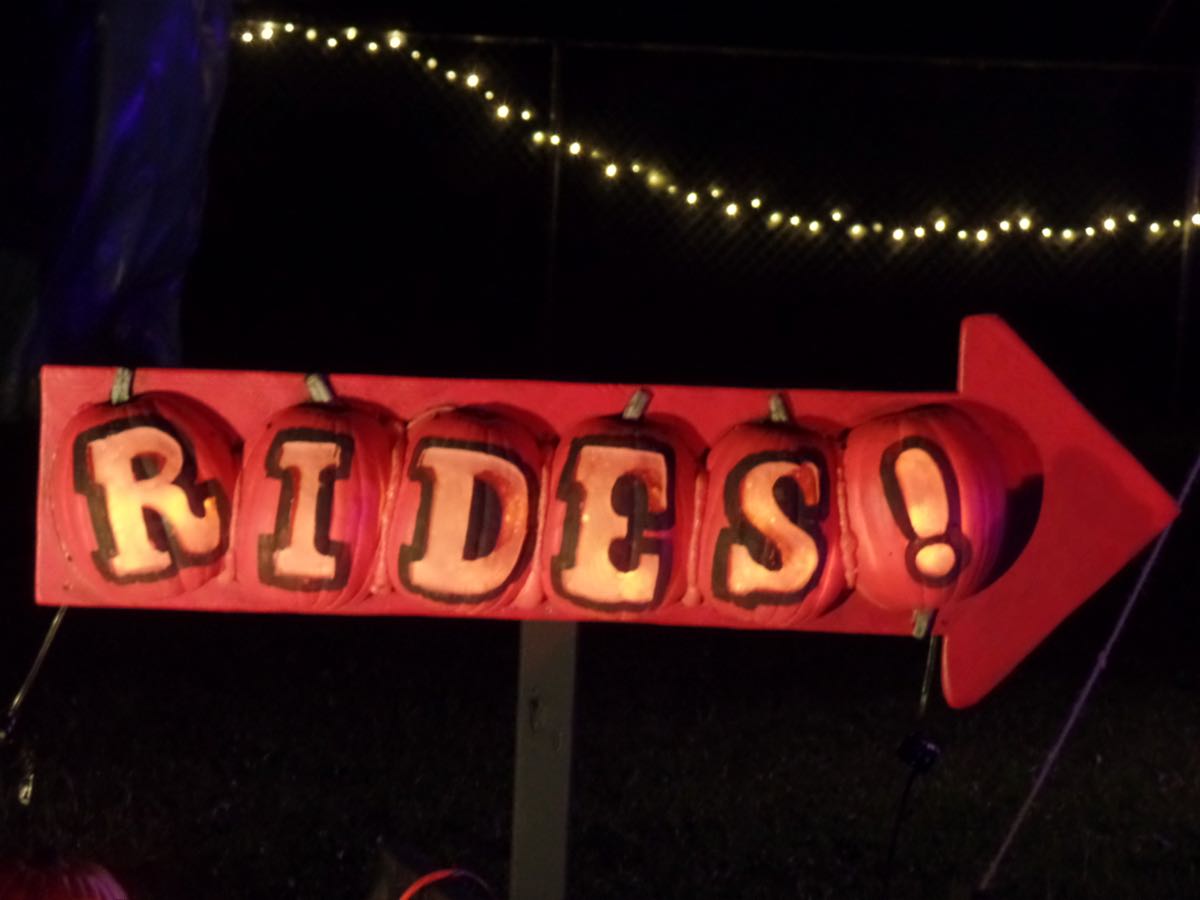 So which way are the rides? 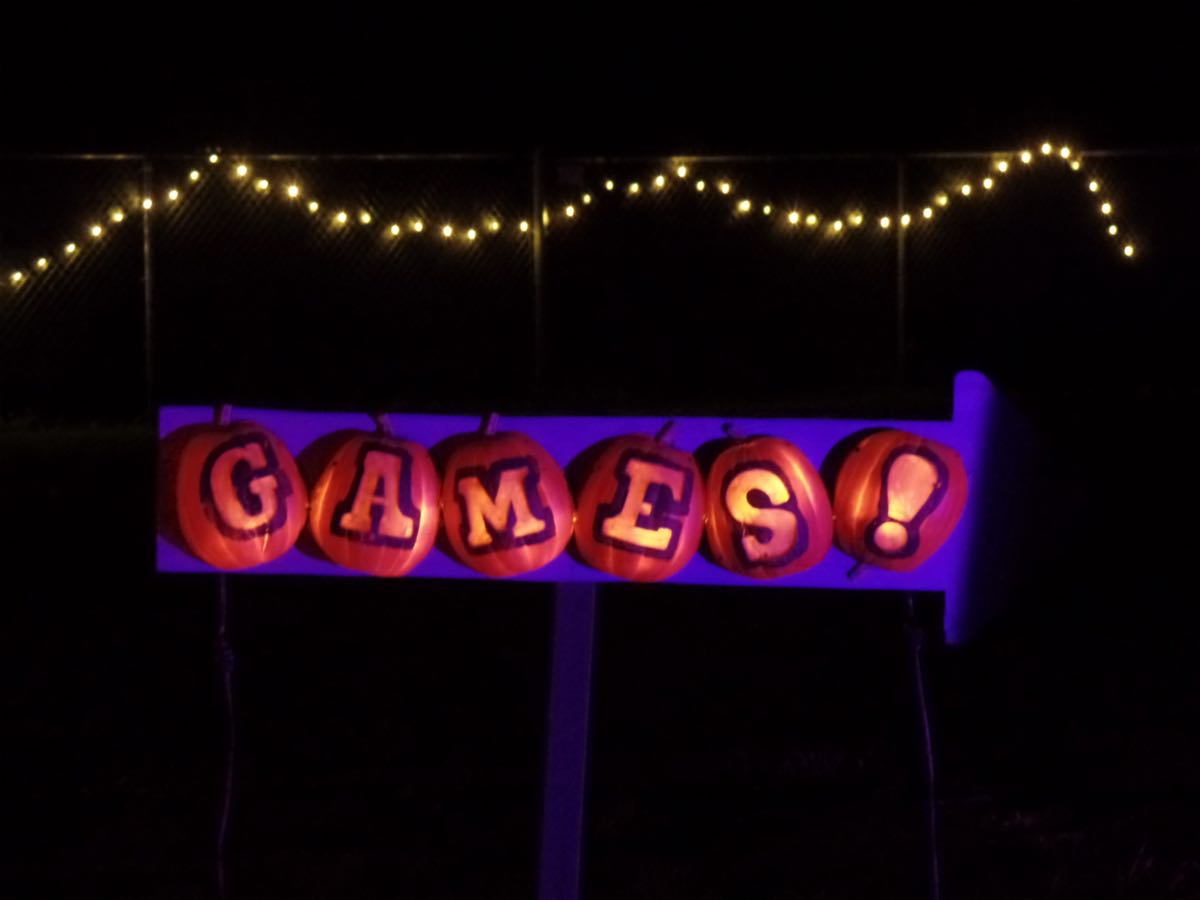 So which way are the games? 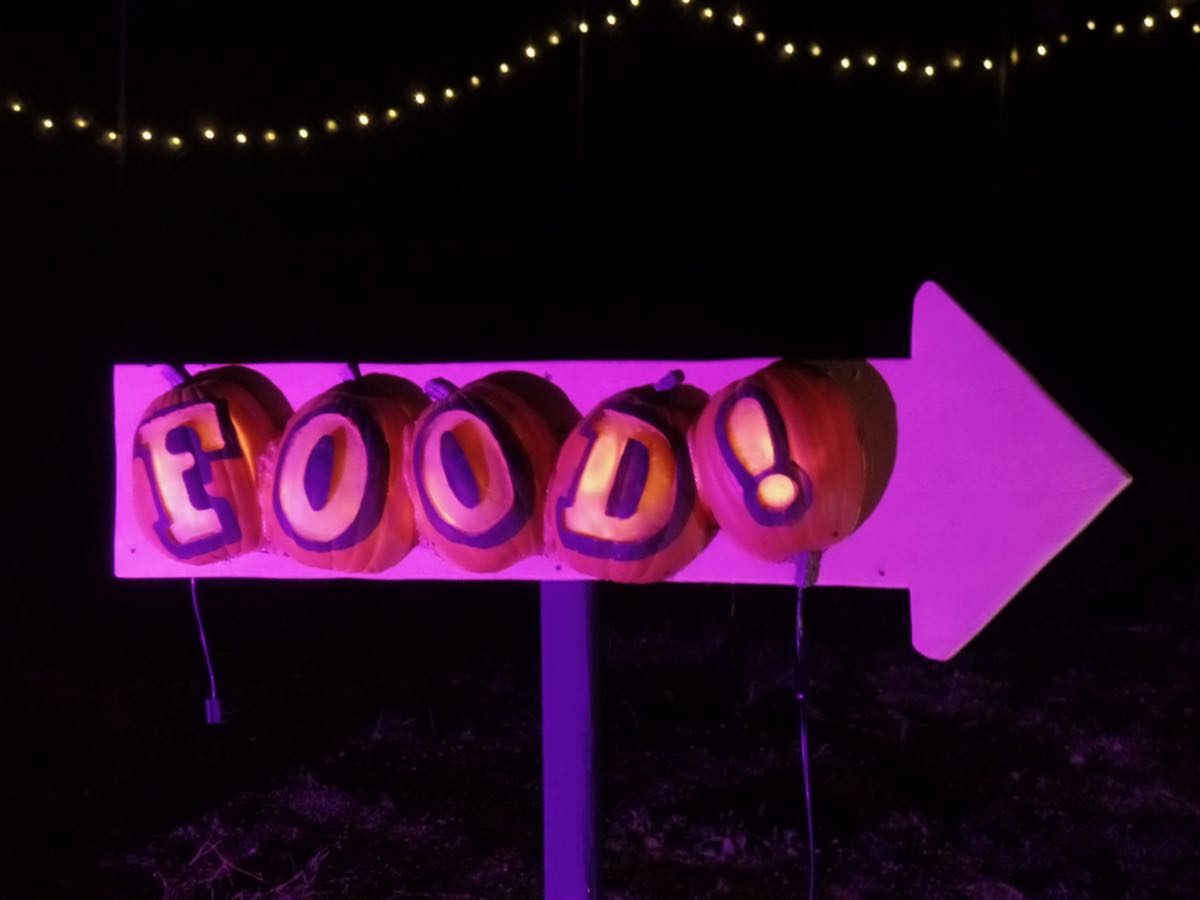 So which way are the foods? 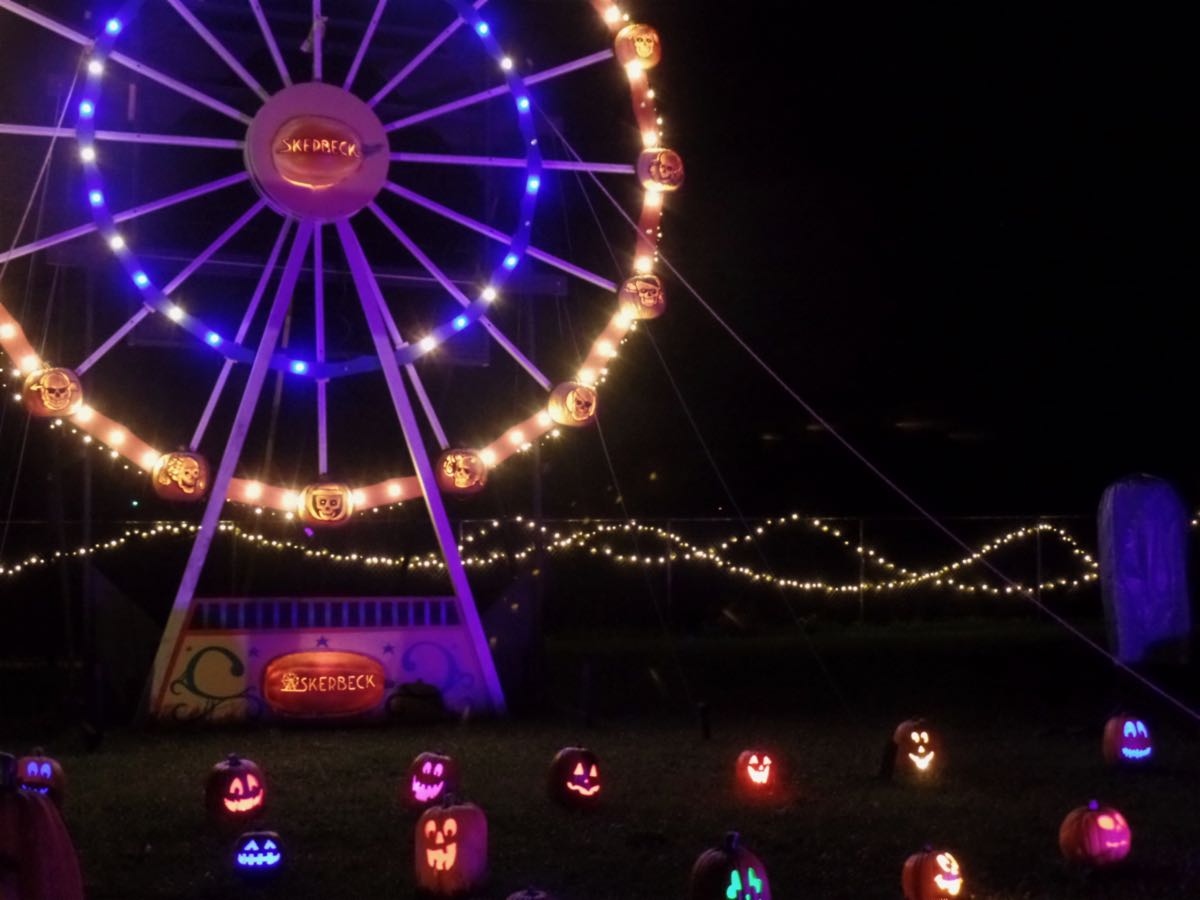 Another look at the Ferris wheel, the 'roller coaster', and a well-distanced crowd of pumpkins in front of them.

Trivia: The 15th-century philosopher, astronomer, and calendar-reformer Johann Müller adopted the scholarly name Regiomontanus from the name of the city --- Köningsberg --- of his birth. (Not that Köningsberg; this one was near Bayern, in Bavaria.) Source: Marking Time: The Epic Quest to Invent the Perfect Calendar, Duncan Steel. (This should have run the 13th. I'm sorry.)

Currently Reading: Rocket Girl: The Story of Mary Sherman Morgan, America's First Female Rocket Scientist, George D Morgan. In the afterward Morgan admits to making up all the dialogue because of the impossibility of finding any primary sources. And that's fair, but I would have liked the warning to have come earlier so I wouldn't have to keep asking about these suspicious lines. I've ragged on dialogue errors a fair bit talking about this here, so I should say something positive for an effective scenario. At one point in working out rocket propellant combinations Mary Morgan has a scene of remembering seeing a chemical company's flyer with something that might be useful, but all she can remember is the density measure, so she and her team have to find what flyer lists something with this density. That's a scene that rings true whether or not it happened.