I really, really, really have to get my father a hobby besides ``checking in to see if I'm okay''. Again, I know why he does this, and I know the intention. But I'm taking actual psychic damage from unexpected 70-minute phone calls provoked by oh, well, he was talking to one of my brothers and the other brother happened to call, so he turned that into a big group chat, and hey, why not get all three of the boys on at one time and everybody agree about how neat it is to have everybody talk at once like this?

On the up side, this has got me actually talking with the brother who knows how to do job searching. It's not that I had meant to not talk with him, just that I'd let a couple days go without answering, and then it was too hard to reply, and there we go. He's aware of a couple jobs a lot like what I used to do. Also was aware of one with the Michigan Education Association, nominally at an office right by where we go for bagels, back in the better days.

Let's continue on with the jack-o-lanterns. They're fun. 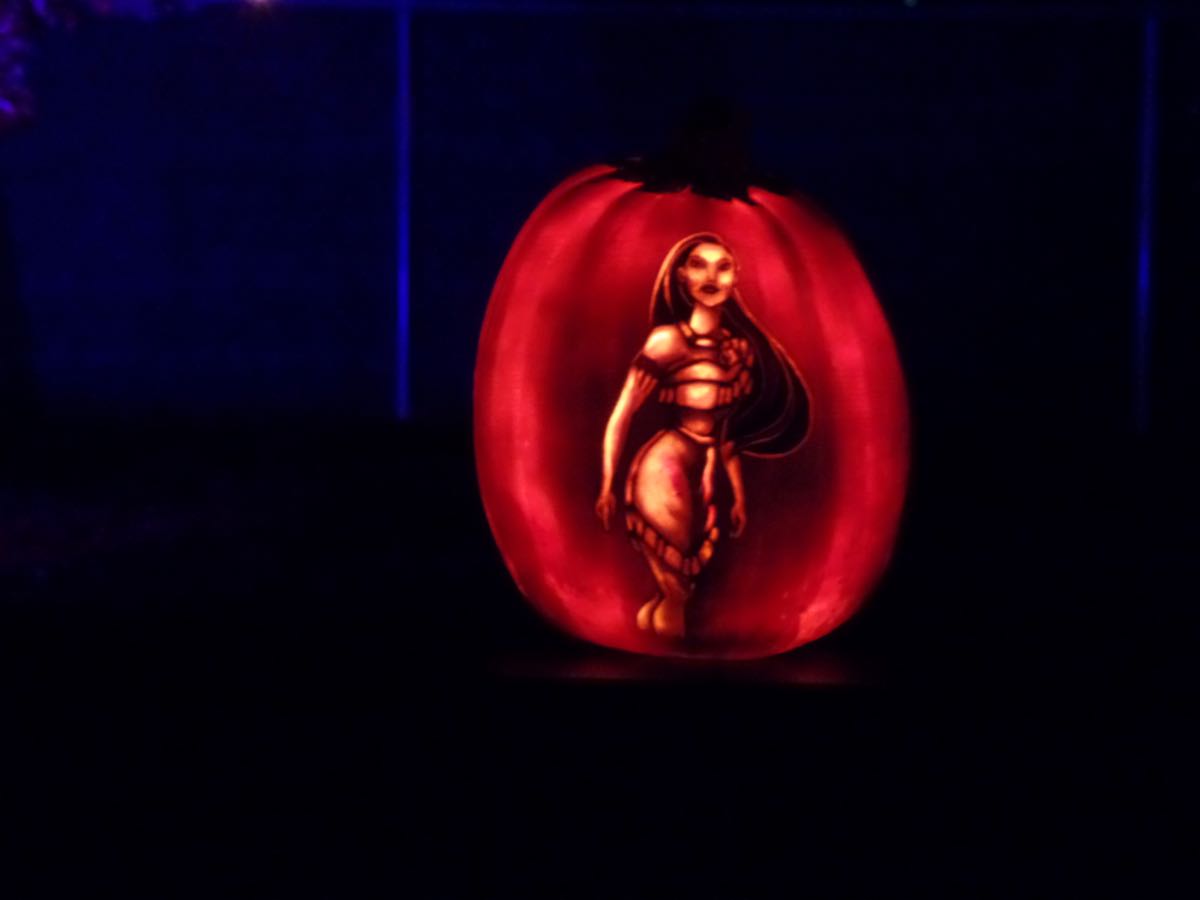 Now into the Disney-themed section of jack-o-lanterns. Here's one of Meeko's pal. 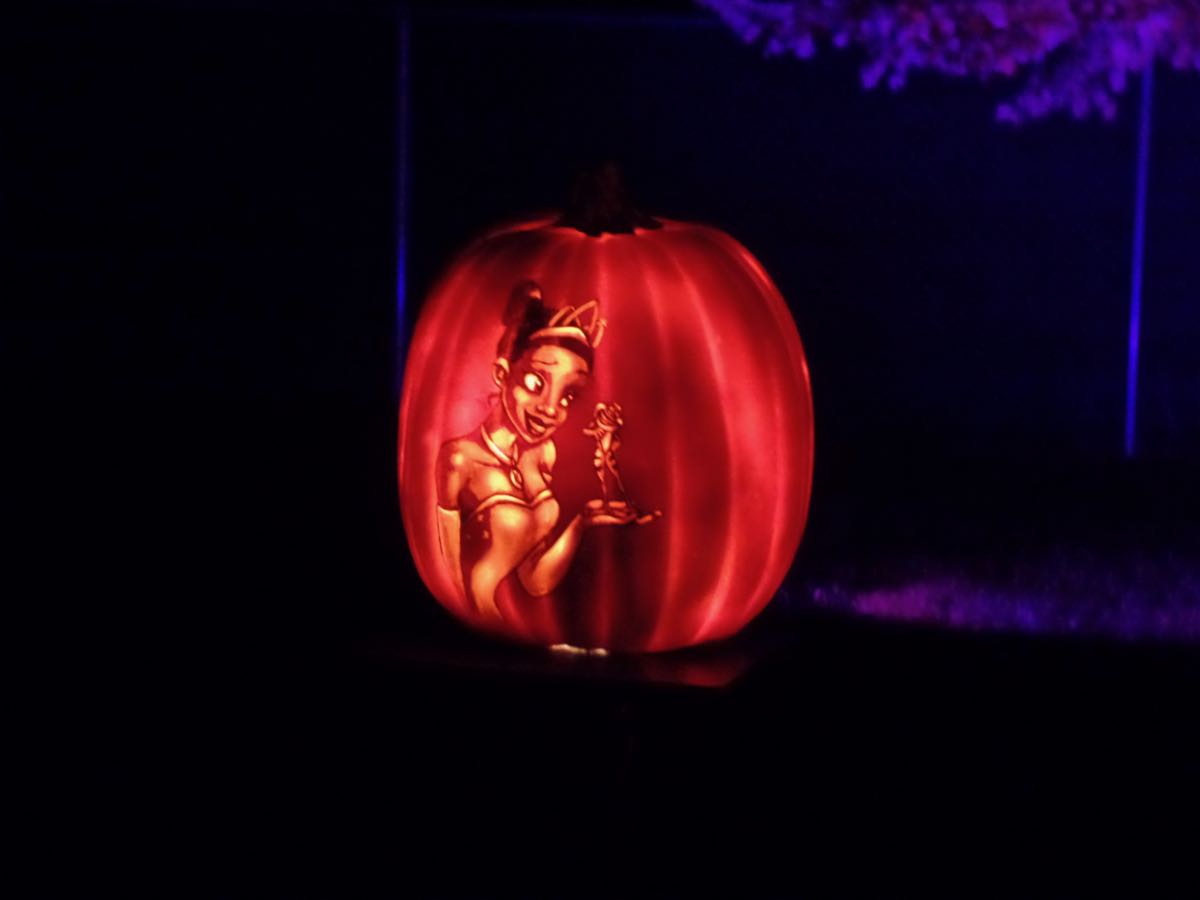 And here's that guy who got to be a frog along with that woman who wanted to have a life that wasn't about him. 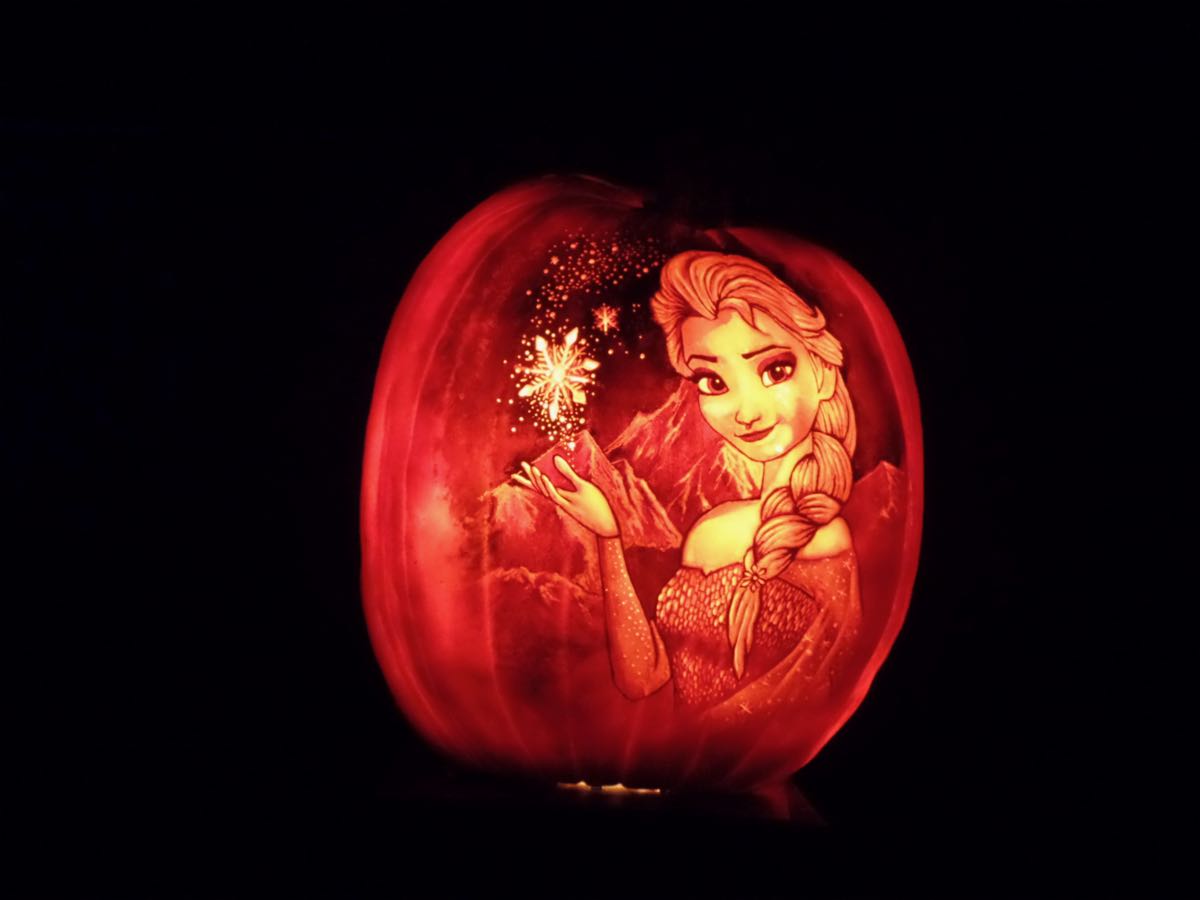 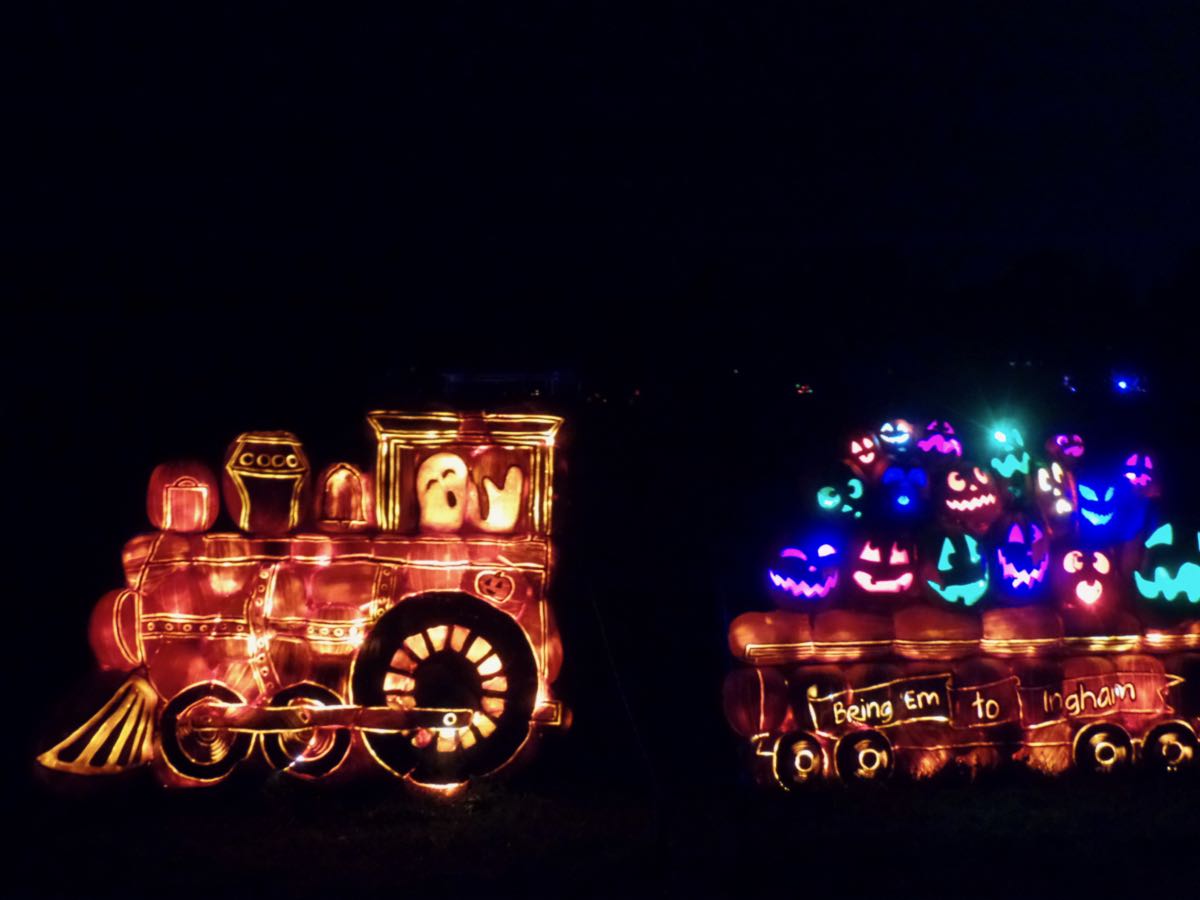 Ready for the ghost train? 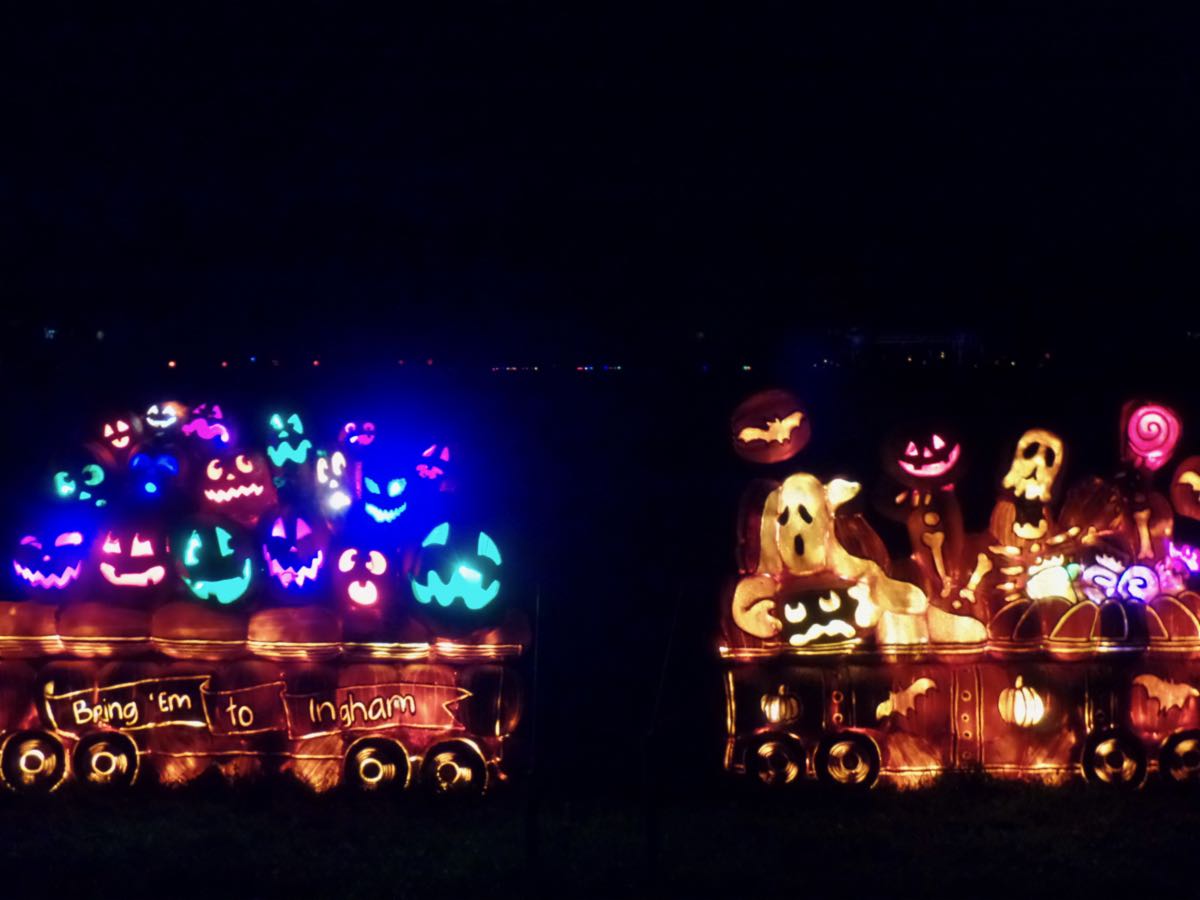 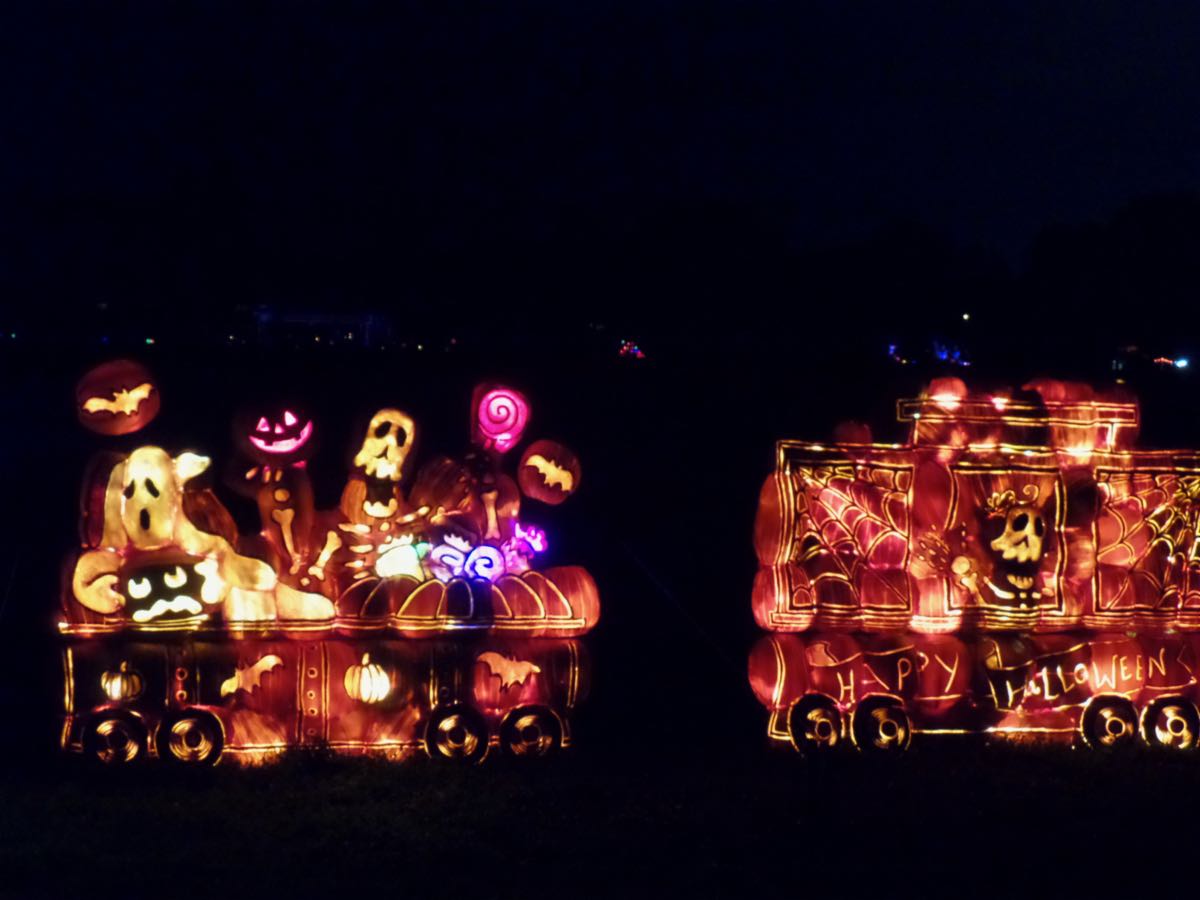 And now here's the end of the pumpkin train.

Trivia: One ``subtlety'' --- movable table decorations meant to contain often-allegorical and amusing novelties --- recorded as made in Savoy in 1403 was a castle made of meat, pea, and bean paste, and which contained a posse of musicians. Source: Sweets: A History of Temptation, Tim Richardson.

Currently Reading: The History of Cycling in Fifty Bikes, Tom Ambrose. One of those things I spotted on the library shelf and decided why not pick this up?