So after I wrote and scheduled-for-posting yesterday's journal, my father called and talked for twenty minutes for no reason, just was thinking of me. I'm going to have to fake getting a job just so he gives me a break.

Got the chimney swept today, a half-week after our first fire of the year. I got up a bit early to clean Sunshine's pen up so the chimney people would have room to work. She was not pleased with all this, and spent much of the afternoon in her hutch, sulking. And, after that, lying between her pen's edge and the fireplace grill. I think she's trying to keep us from starting a new fire.

She also spent some time standing up, on the outside of her pen, poking her head in to grab and chew lettuce leaves from the dish attached to the inside of her pen. Which she could go through the open door and get, unobstructed, if she wanted. Not sure if she's missing the obvious or is making a point to me.

Carrying on past the jack-o-lantern train, now. (Actually, the first picture here was before the train, but I didn't want to split the train across two days or have seven pictures on a day and five the next.) 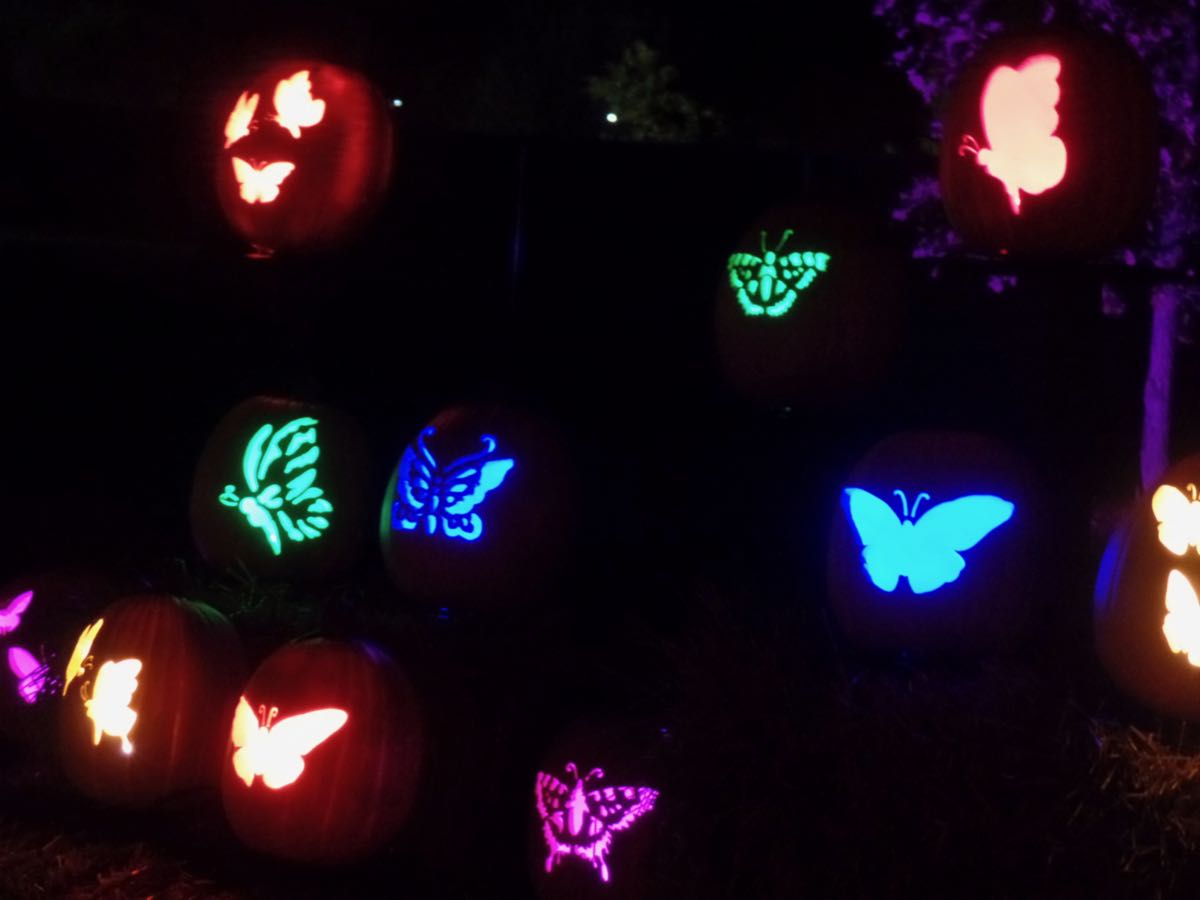 And now we're into butterflies. 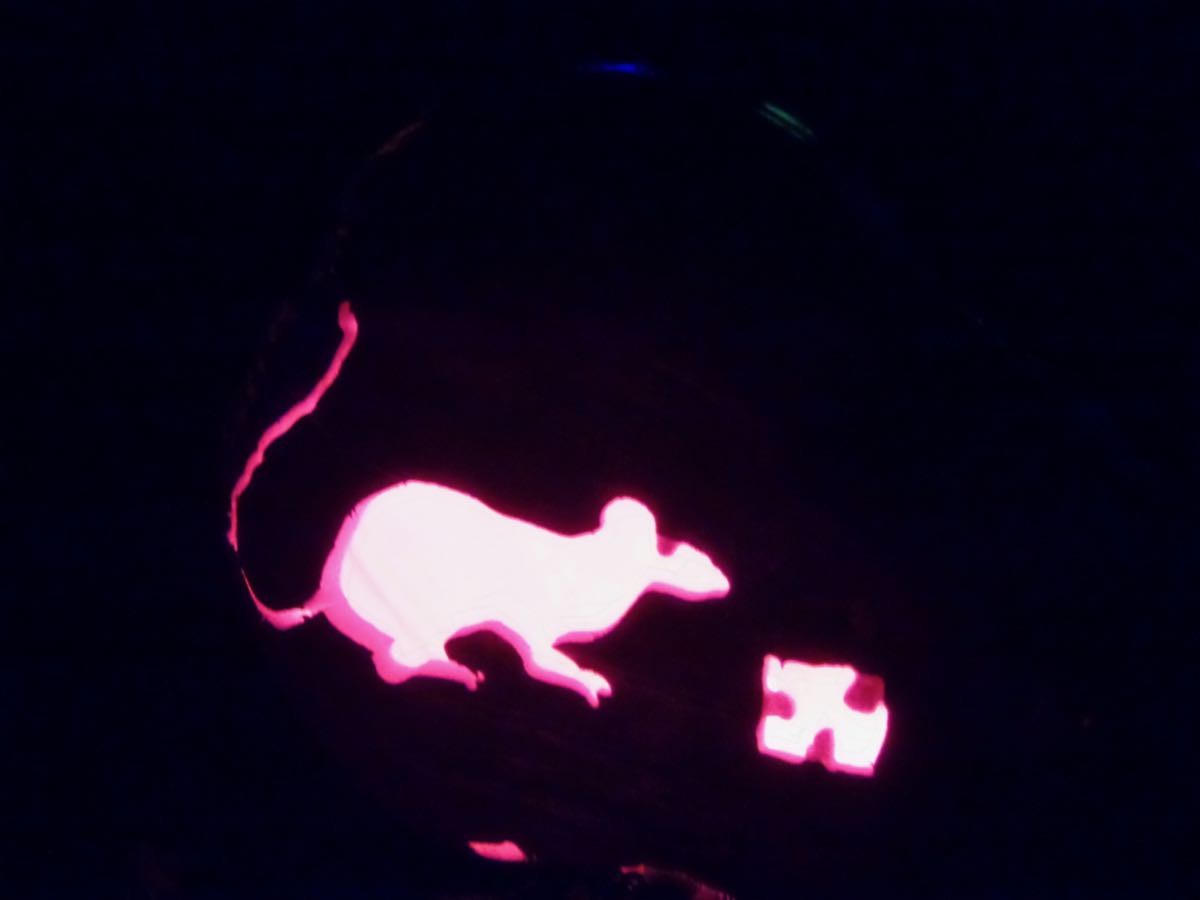 Mouse or maybe Rat looking over a bit of cheese here. 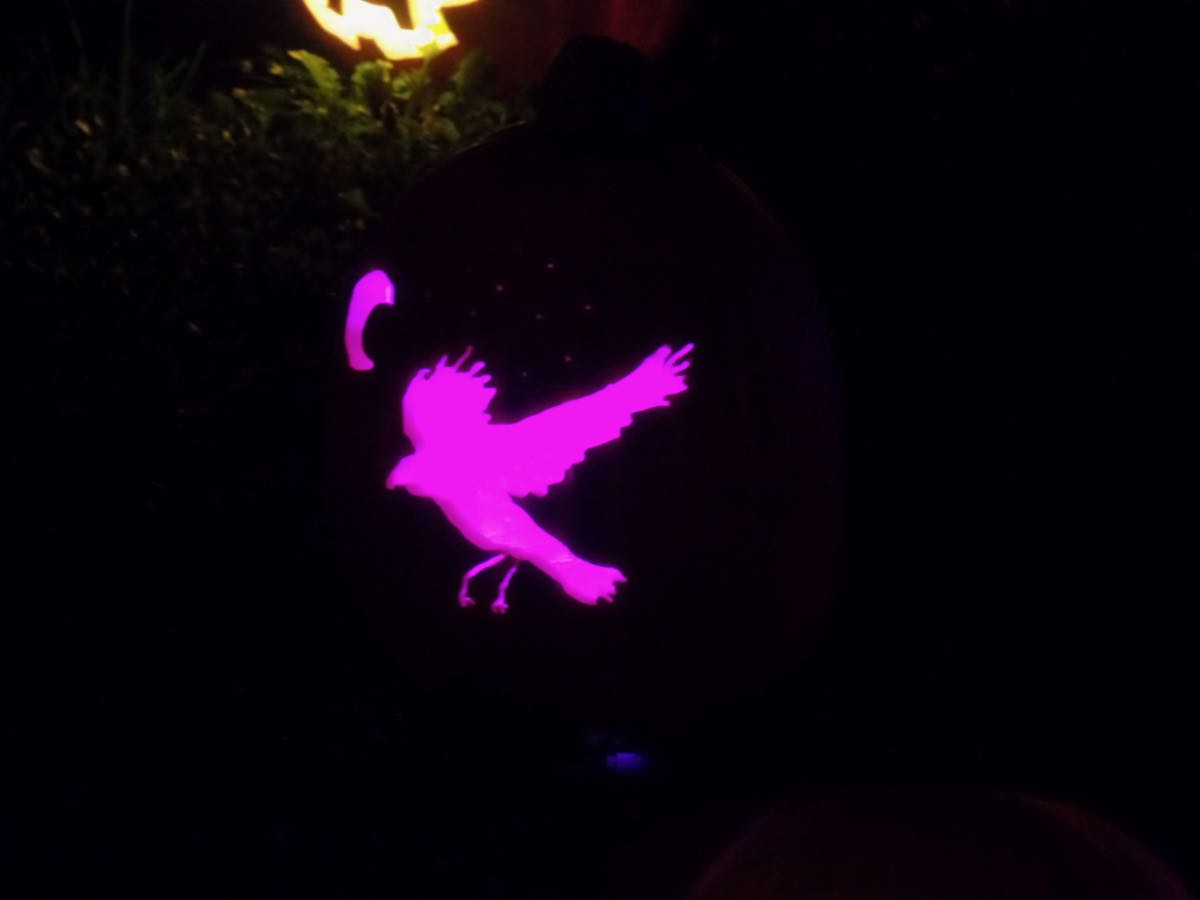 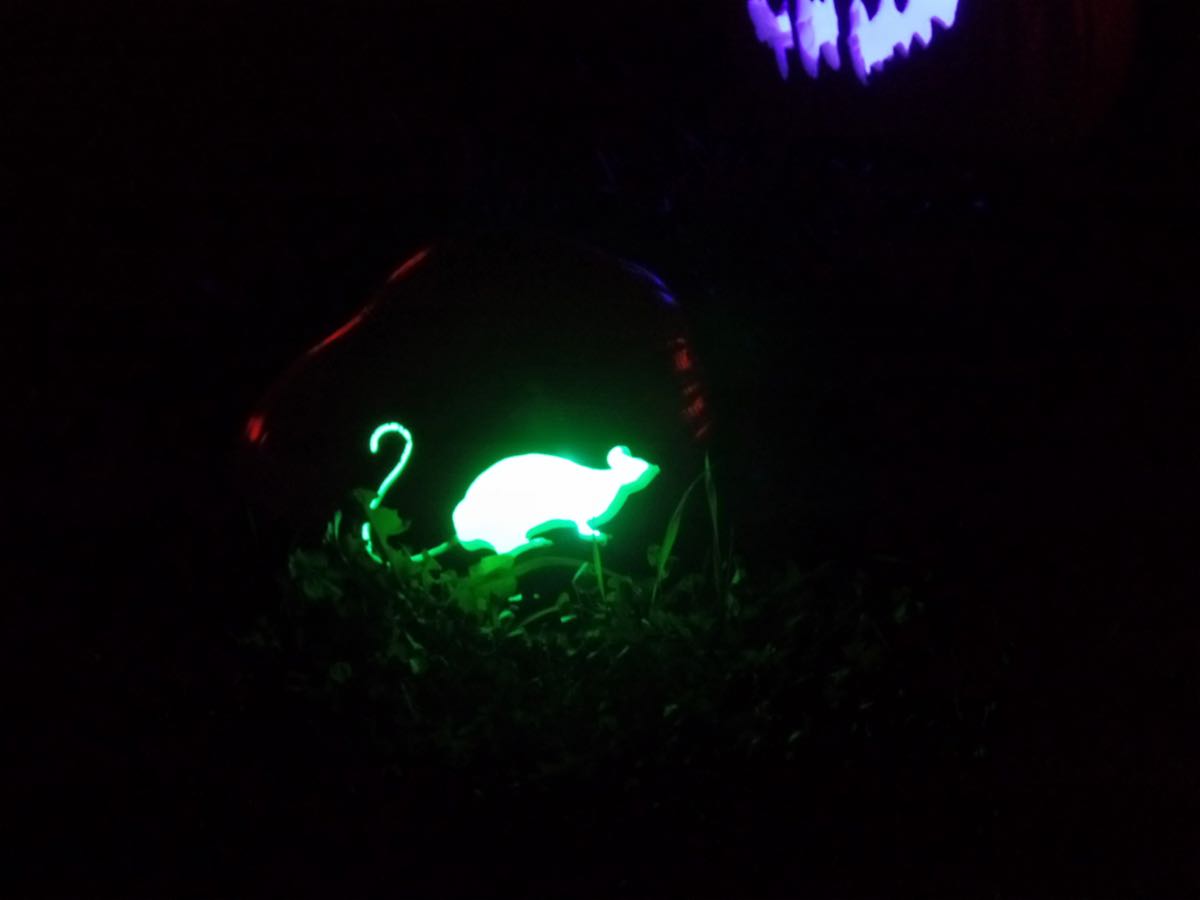 And oh, someone took the mouse's cheese! 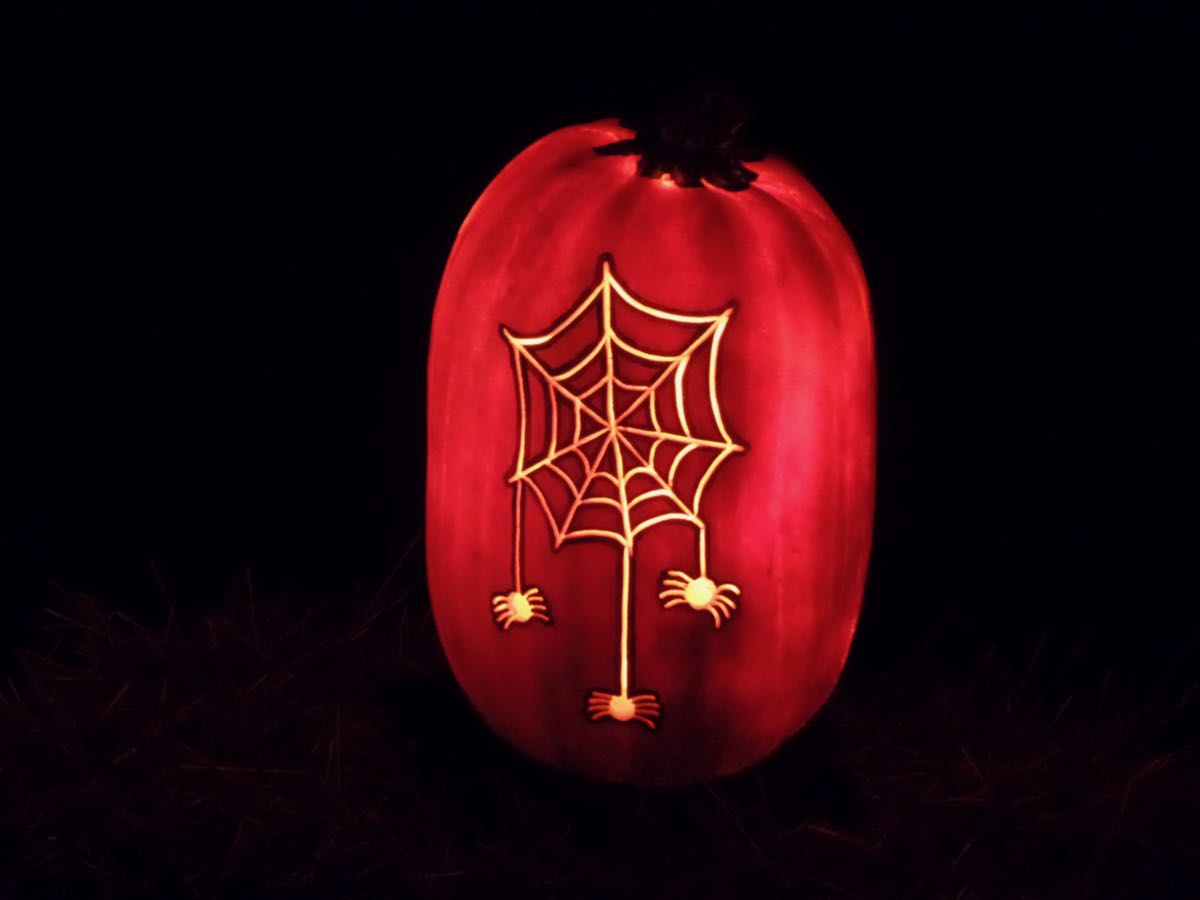 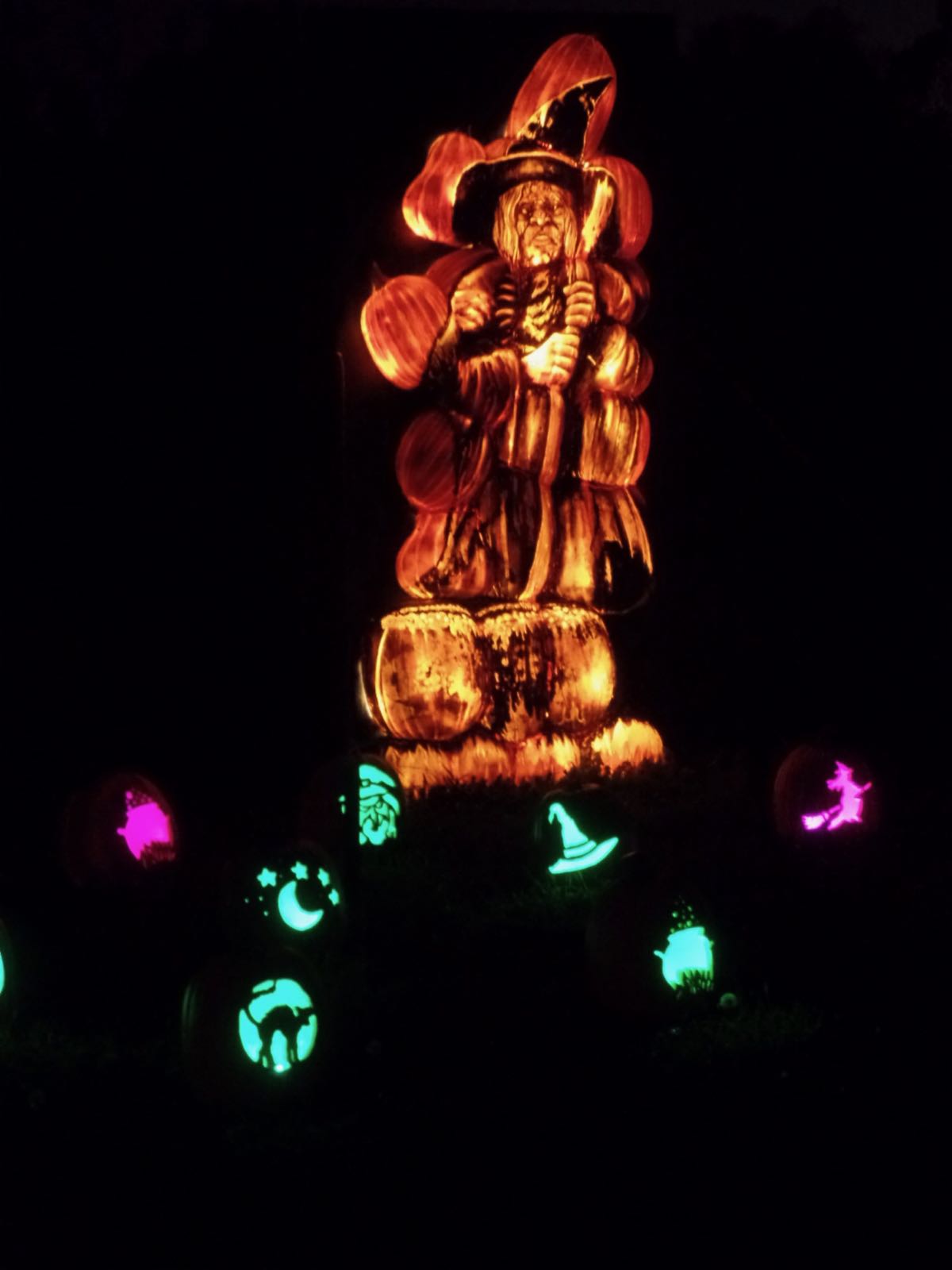 And now we get to a nice big witch. The cat and the hat are also pretty good carvings.

Trivia: In 1851 the astronomer Otto Wilhelm Struve speculated that material from Saturn's rings was falling into the planet. Observations taken during Voyager 1, and compared to material spotted by Pierre Guerin in 1969, would finally prove Struve correct. Source: Mission to Saturn: Cassini and the Huygens Probe, David M Harland.

Currently Reading: The History of Cycling in Fifty Bikes, Tom Ambrose. So it's pretty nice reading, although I have to point out one of listed bikes is just ``inflated tires''. Not ``the first bicycle with inflated tires'', for which there's justification as the innovation was critically important but not tied to any particular bicycle or any particular manufacturer. But the tires are not a bike.