My mother sent a package. It's got our Christmas presents in it, an intimidatingly early delivery of things. It also had her notarized letter in it. The one swearing to the credit union that it's okay to deposit my Scion's insurance payout check into an account that she doesn't control. So, first thing this morning, after figuring whether I'd likely have time, I drove to downtown East Lansing. And --- with passport in hand, in case they asked for photo ID (they did) --- I gave the letter, and the card for the joint account I share with

bunny_hugger, so that she wouldn't have to come down or get a notary to sign her own letter.

So, if all goes well, this has put five and a half thousand dollars into our joint checking account. In principle, once it clears, I can write a check on our joint account and deposit it to my personal account, with the same credit union, and from that ... well, mostly, pay my car loan down.

On the probably premature supposition that things are now fixed, I grabbed several of their promotional please-take pens with the old logo. And then went over to the building where Flat, Black, and Circular is, figuring to get a DVD or BluRay or maybe even a music CD to celebrate. The building was locked, even though it was past 11 and I thought it would be open by then? But around the other side of the building they had the standee for Flat, Black, and Circular standing in the way of the door too, so maybe the place just opens after noon.

I'll need to commemorate things some other way.

While we're getting near the end of the Jack-O-Lanterns Unleashed, we're not quite there yet. What remains to be explored? Here's some. 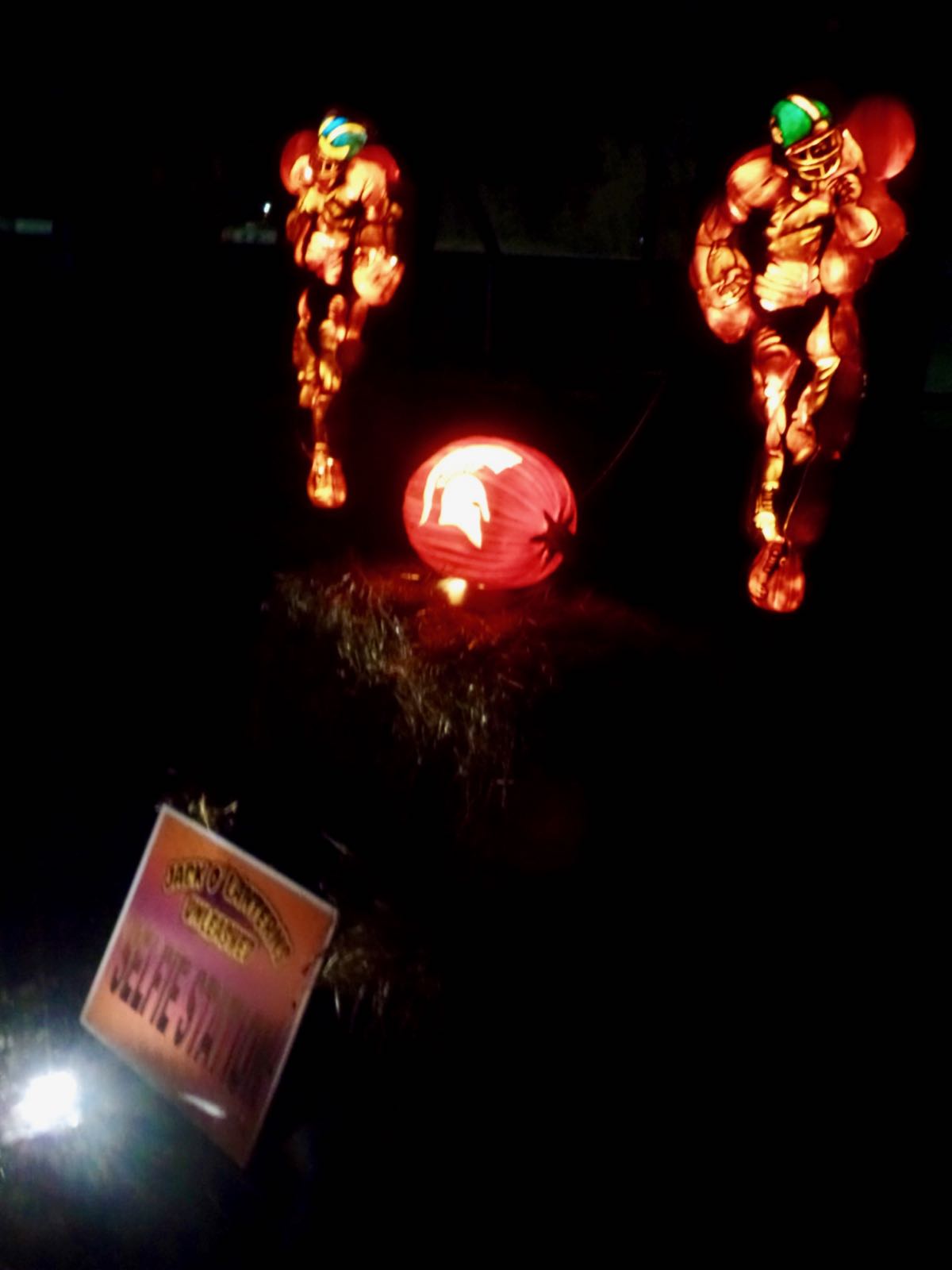 Here's another Selfie Station, with football figures set up with Michigan State and University of Michigan helmets, ahead of the big MSU-UM game which would come that weekend. (Michigan State won in a suspenseful contest.) We didn't get a selfie or even a very good picture of it. 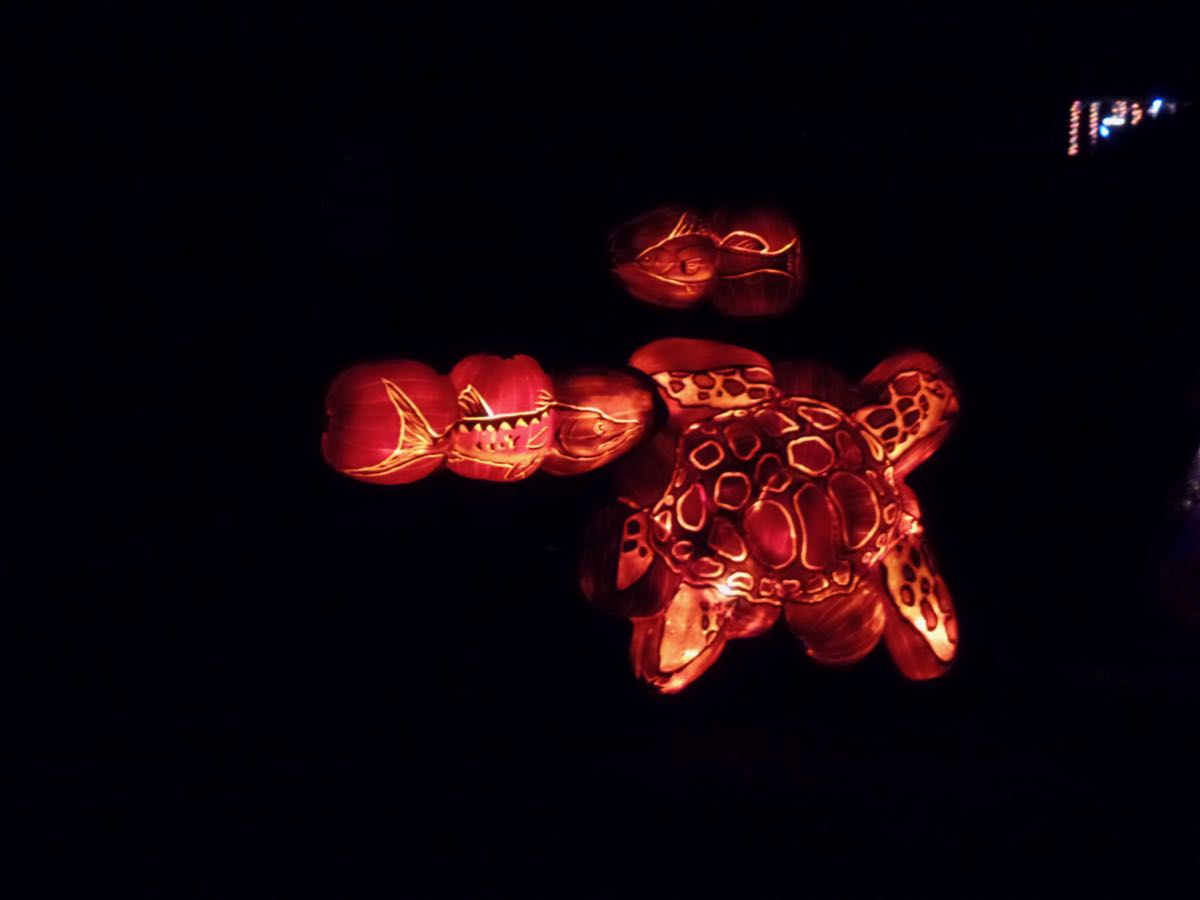 Sea turtles! The next display was water life. 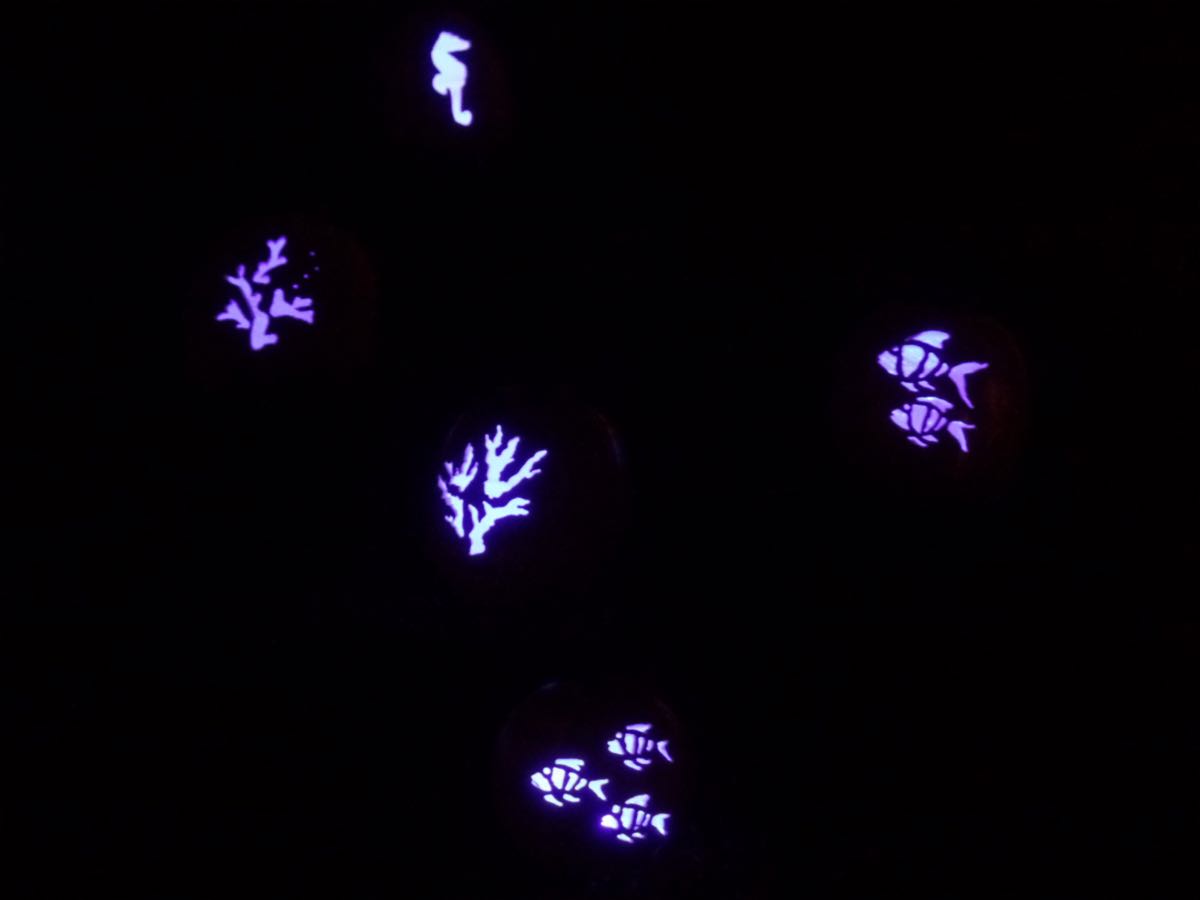 Here's corals and seahorses and fish. 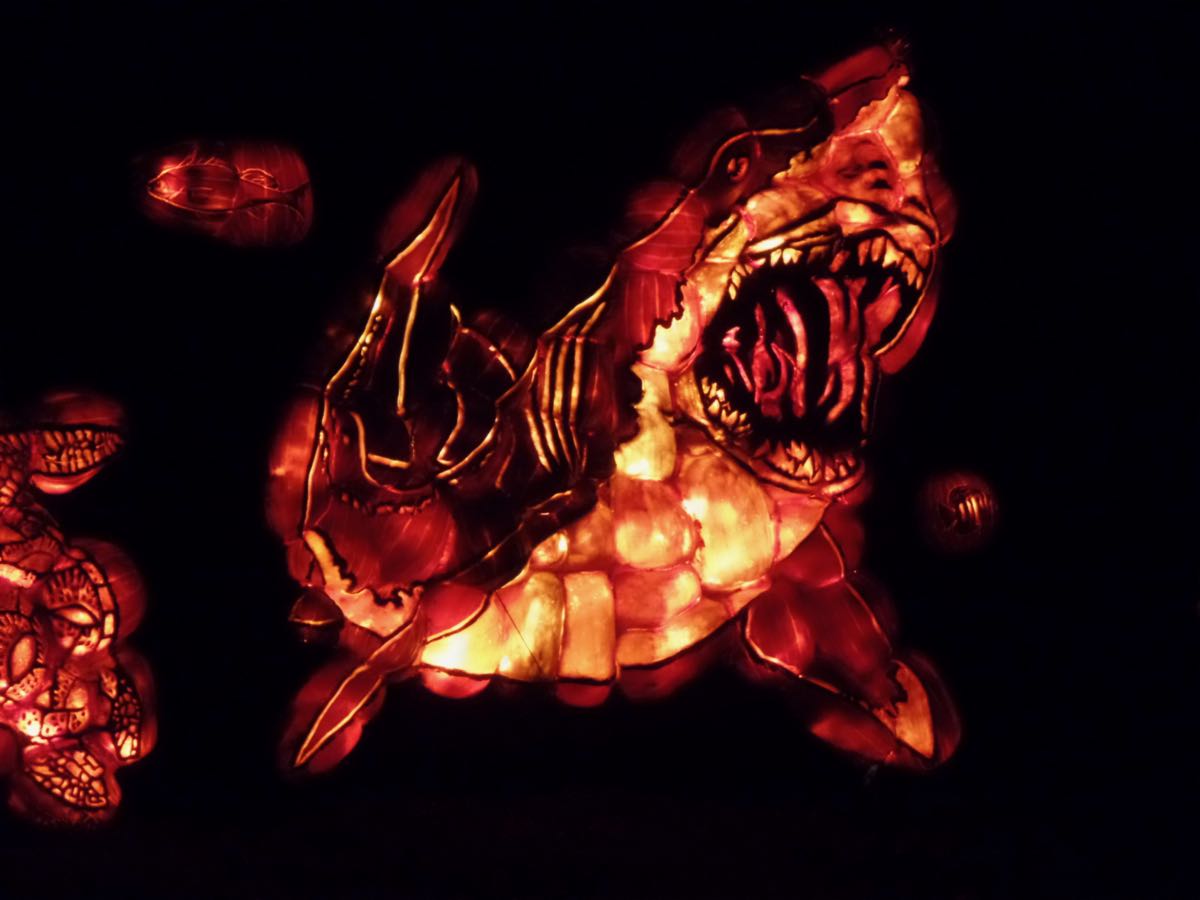 And here's a shark! 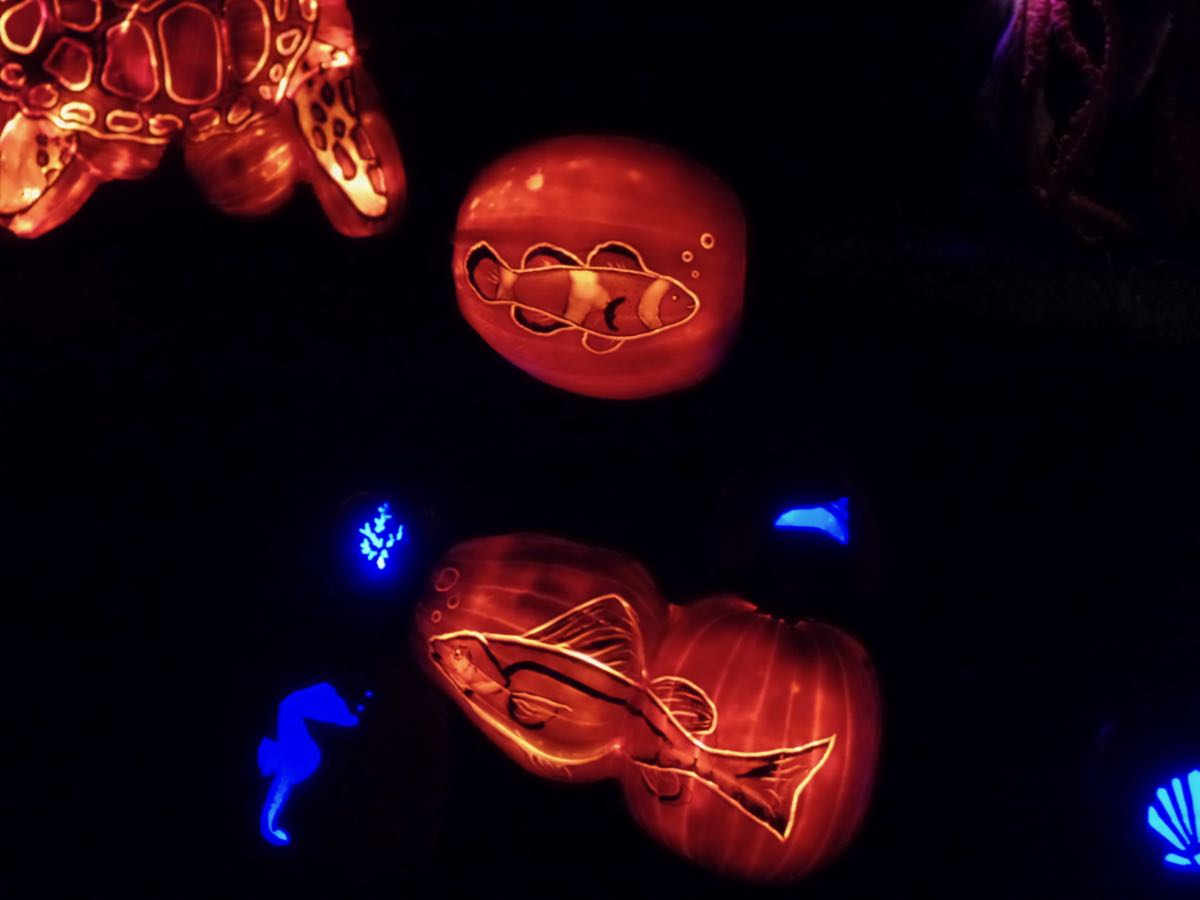 Some more fish; the seahorses and shells and such in blue are on their own pumpkins, not free-floating lights. 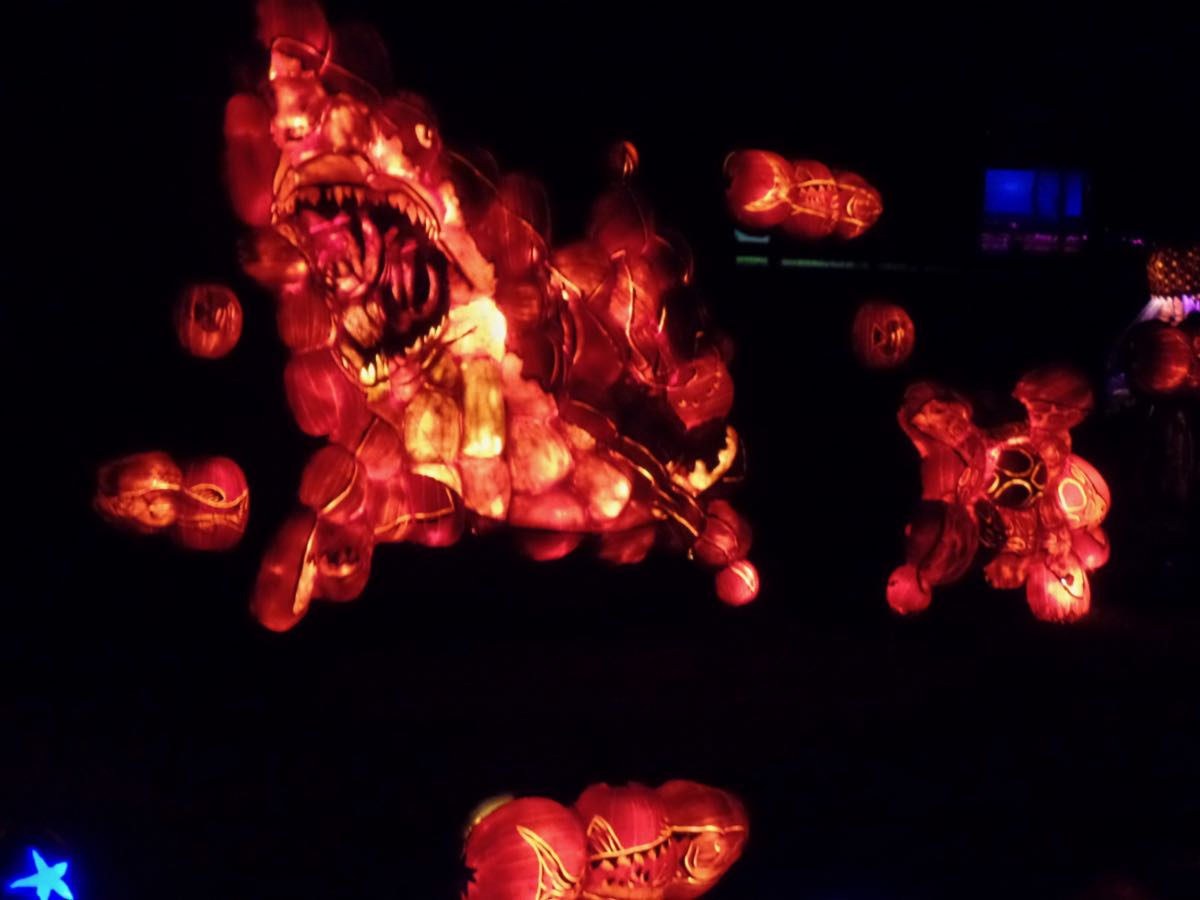 More of a show of the sealife.

Trivia: Drumthwacket, the Princeton house that serves as the New Jersey Governor's Mansion, was previously owned by Abram Nathaniel Spanel, founder of the International Latex Corporation (now Playtex). Source: Lunar Outfitters: Making the Apollo Space Suit, Bill Ayrey. (The house dates to 1835. The governor's mansion had previously been Morven, built in 1730 by the Stockton family.)

PS: My Little 2021 Mathematics A-to-Z: Triangle, which touches a lot of things without ever quite fully explaining any one of them, as is my habit.