While we did stuff yesterday it's worth talking about, I'm going to defer the actual writing until ... you know, later, sometime. Here, let me wrap up that walk around town with pictures of some decorated lawns instead. 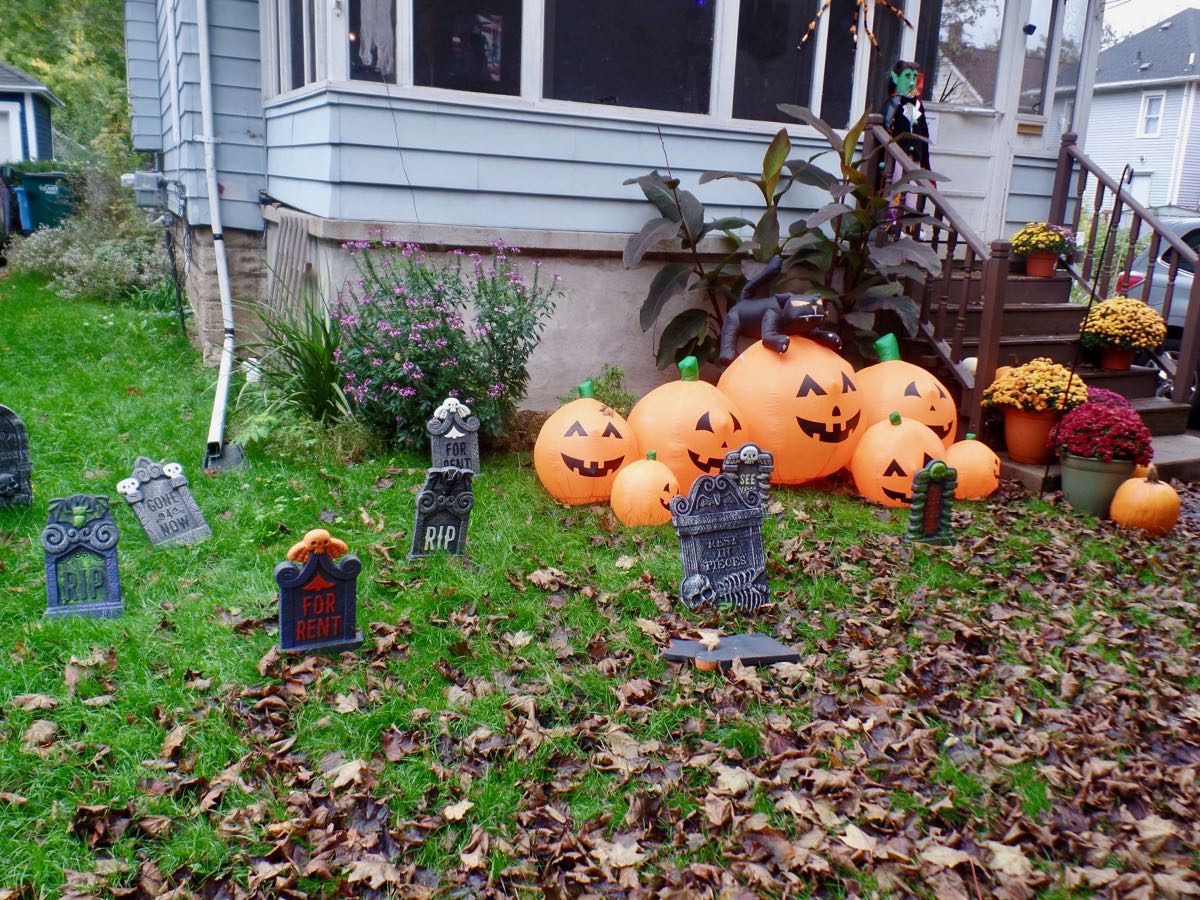 It's nice to have this sort of thing when we don't really need to mow the lawn. 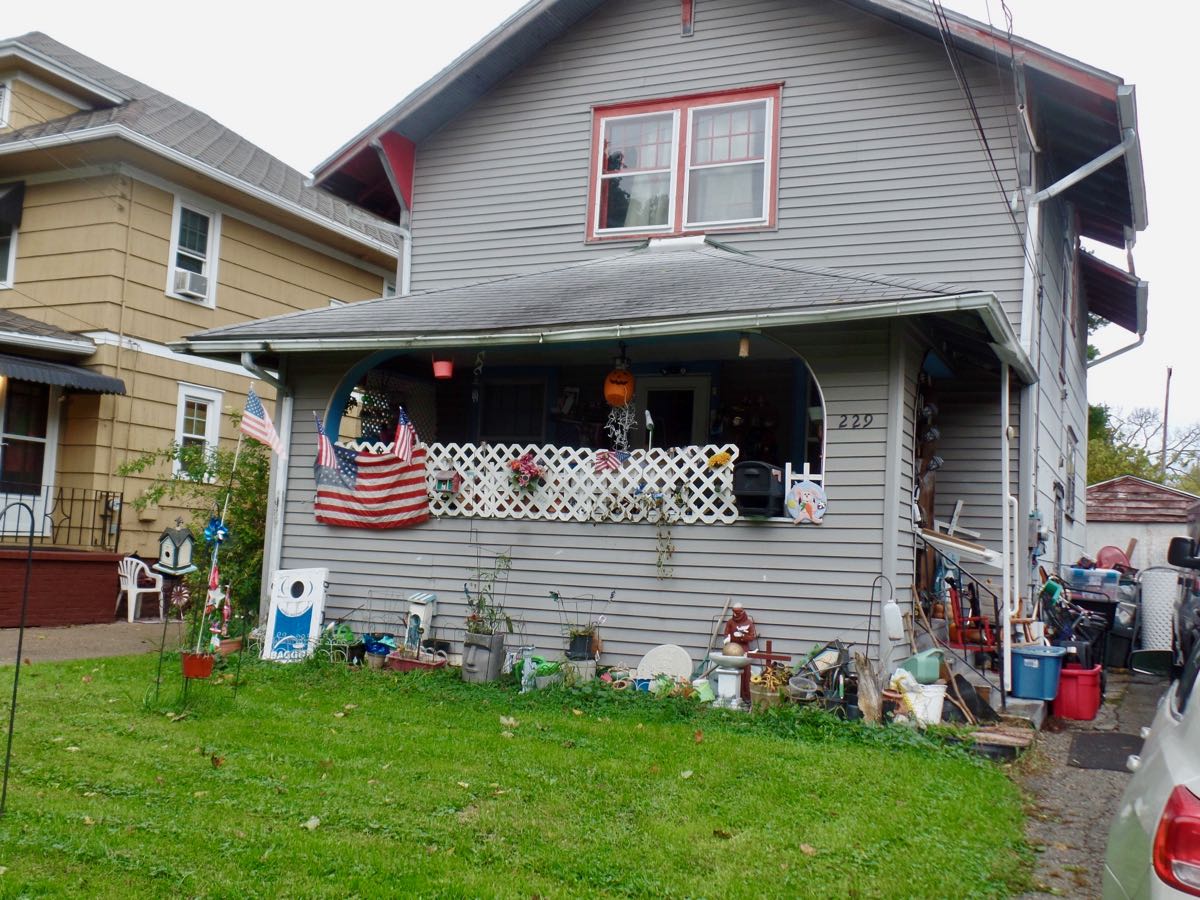 Straddling the line between a decorated and a cluttered lawn. 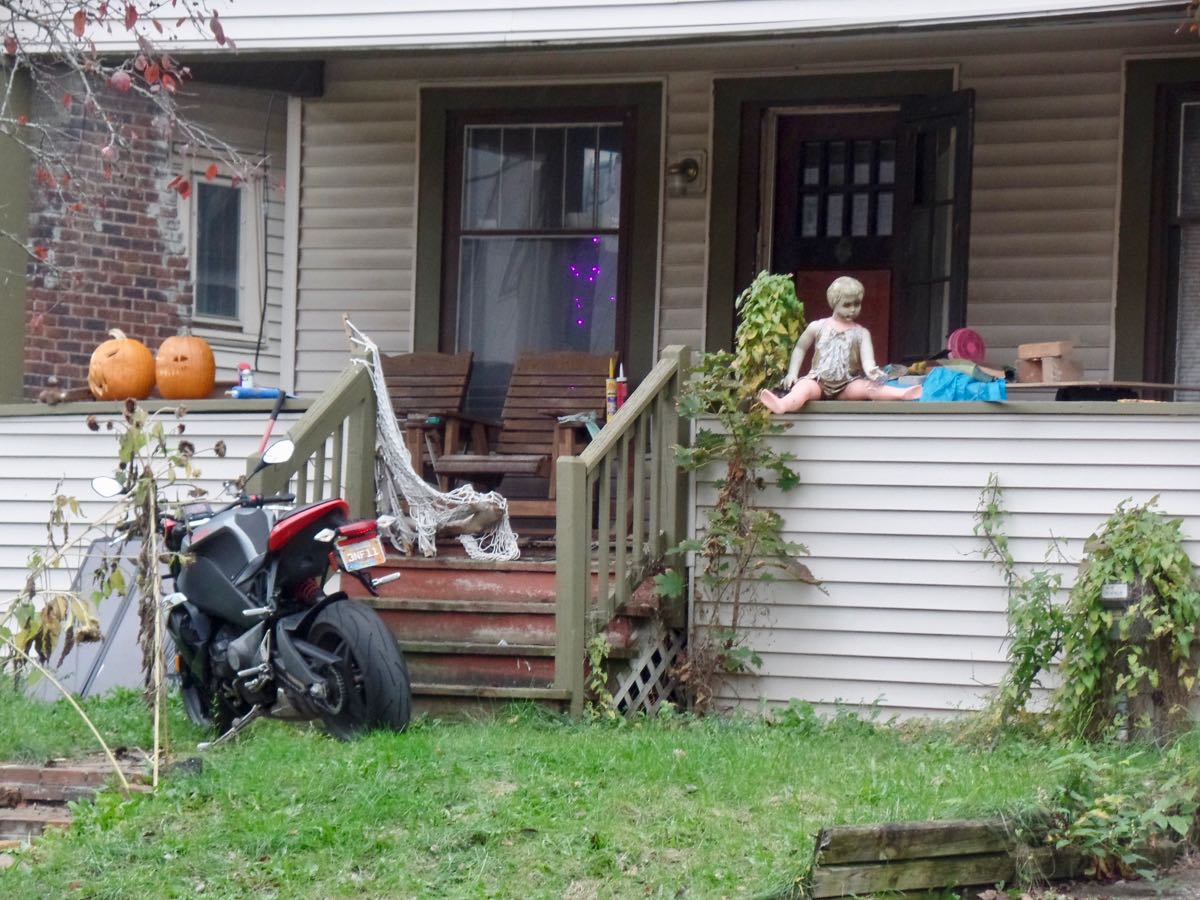 Jack-o-lantern with a very tiny face decorating this front yard. 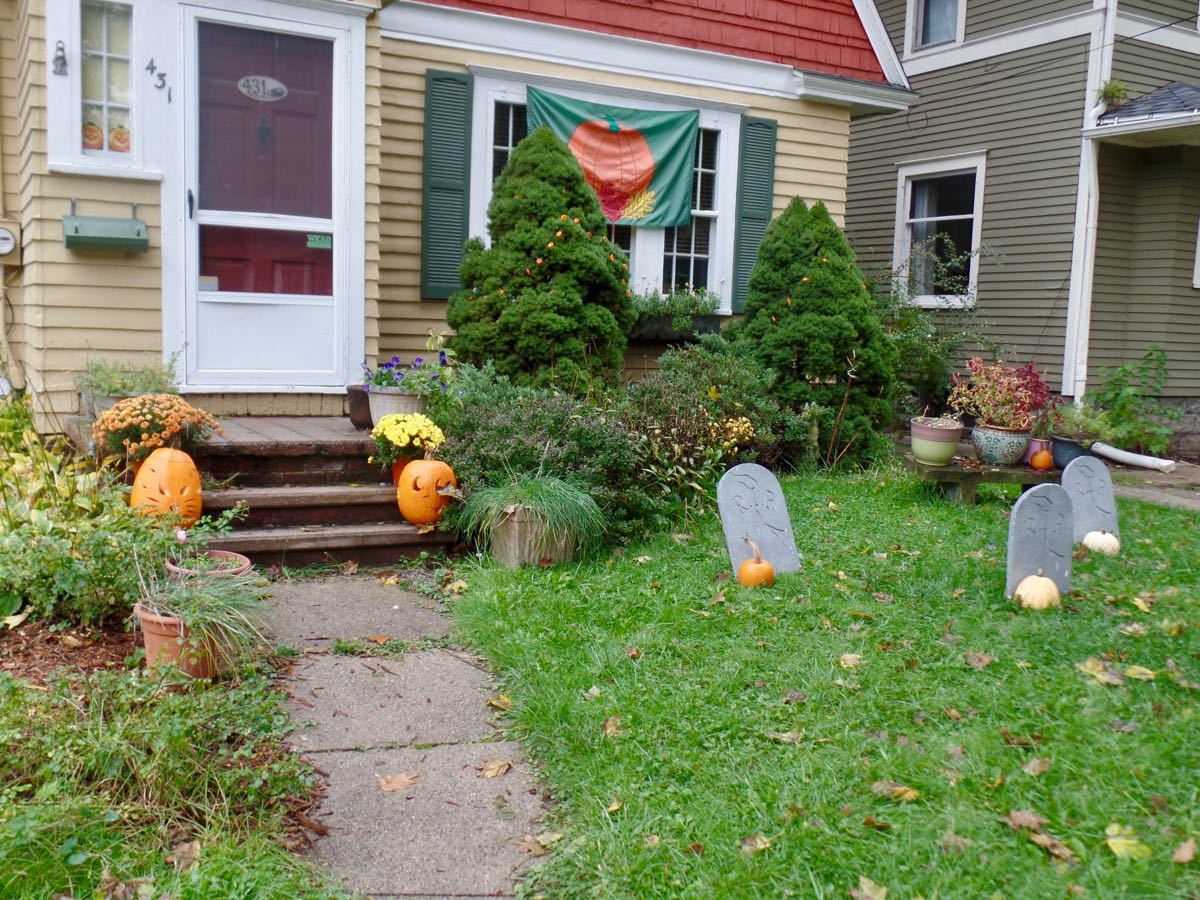 And then here's our own yard. The gravestones kept tipping over until we got tiny pumpkins to put behind them too. 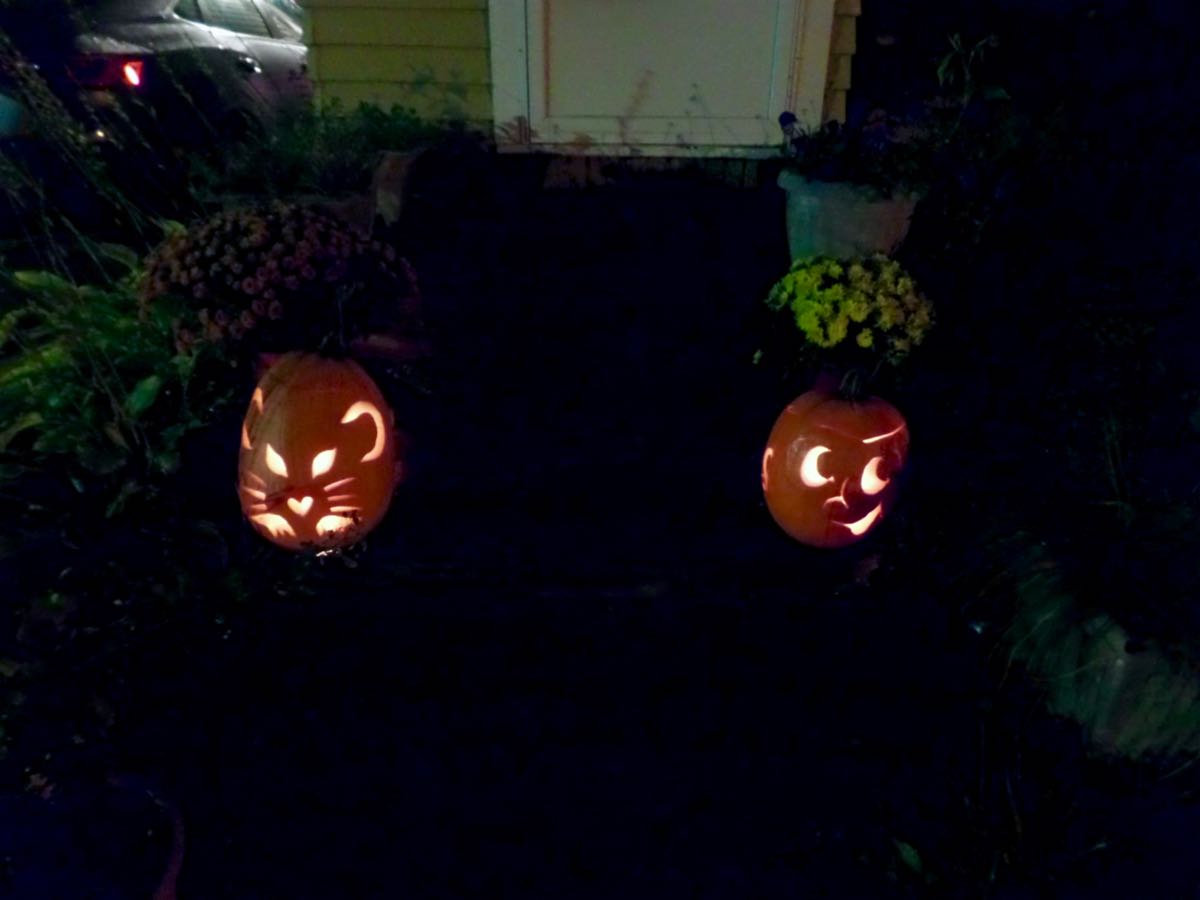 Our jack-o-lanterns doing their business, illuminating the night porch. 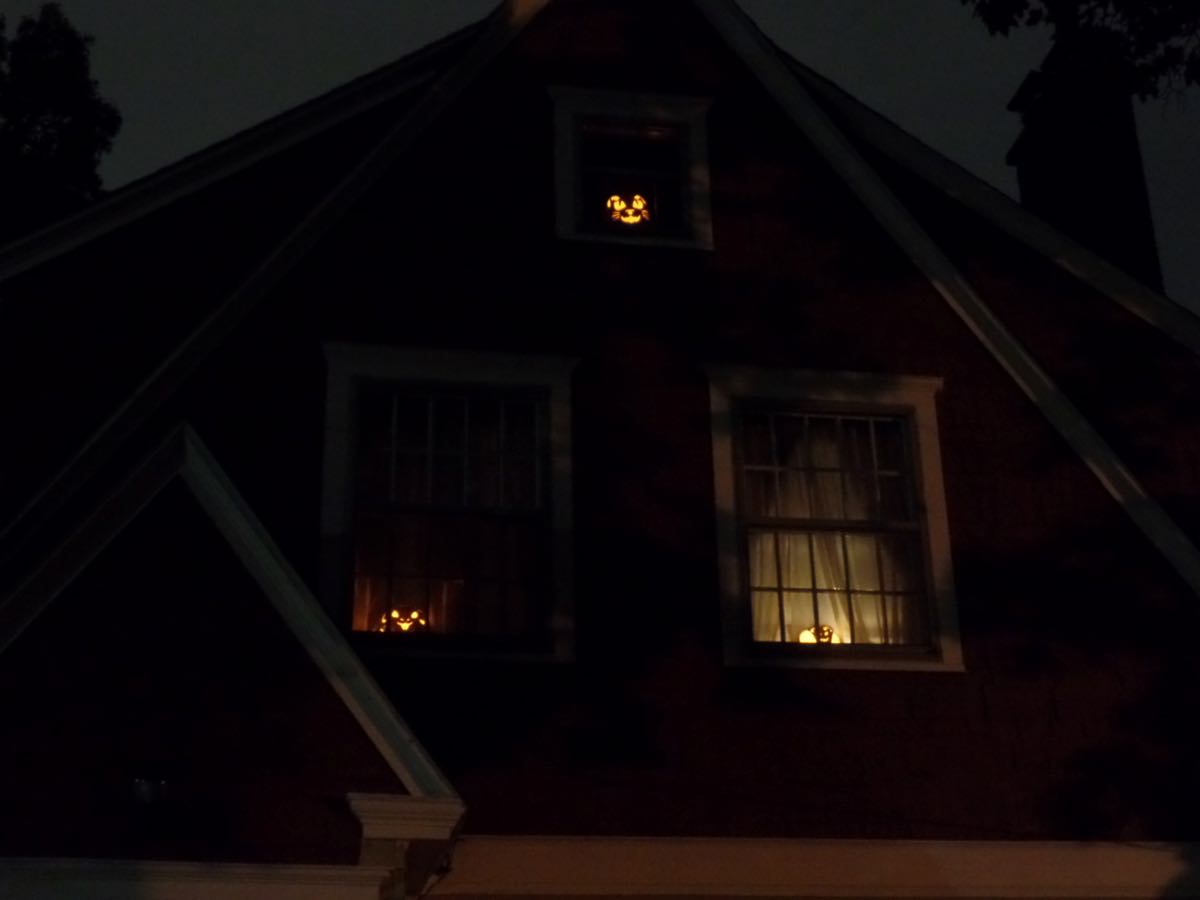 And the artificial pumpkins in the upper floor windows. The curtains are open on the new, bat-themed one that

Trivia: By the end of 1867 the Union Pacific was operating regular service over a 517-mile line, with 53 locomotives, 17 passenger cars, six baggage cars, 838 freight cars, and 99 handcars. This did not count the stock used to keep construction going. Source: Empire Express: Building the First Transcontinental Railroad, David Haward Bain.

Currently Reading: The History of Cycling in Fifty Bikes, Tom Ambrose. So in talking about the death of Tom Simpson in the 1967 Tour de France --- the bicycle listed is the one Simpson rode, so it passes --- Ambrose mentions the heat wave causing the temperatures on the road to reach 54 Celsius which, uh, that's something to trip over. Reading over the sentence I take it he means, like, the blacktop and not the ambient temperatures but still, wow.