So after the Silver Bells parade was done, and the tree lit and the drones done with their business, we went back to City Hall. This so we might warm up. It was right around freezing, which is seasonally appropriate. But it was two days since it was 60 degrees around here; we're not used to that yet. In February it would feel good. There still wasn't anything in City Hall except warmth, and took advantage of that. We figured, once warm again, to go get some up-close pictures of the State Tree and then maybe see if the shopping village was still open. The event nominally ended at 8:30 this year, as opposed to the usual 9:00, but we might still catch something.

What we caught instead was a glimpse of people running across the state capitol's lawn. After that moment's terror, well ... everything seemed okay. No signs of more people running away, no screaming or anything. Apparently, it was just ... rambunctiousness? People having fun? The idea seemed hard to believe but what else made sense?

So we walked cautiously up toward the capitol, and the State Tree, where there seemed of be nothing big going on. And we started to take pictures of that. My camera died, the battery drained by the challenge of all the Low-Light-Mode pictures I'd been taking, processing short bursts to get good pictures at the cost of battery life.

bunny_hugger tried without success to get my attention for a decent photograph of me in front of the tree. I never heard a word she said.

And then the state police went shooing people off the capitol grounds. No idea why. They just swept people off, saying they had to go, you can't stay here. They didn't explicitly chase us off, but they also didn't quite get up to us either. Instead, something we didn't see happened, and every cop in the county went running past us towards the intersection ... right about where we'd been watching the parade from. I overheard onlookers saying things like ``inciting a riot'' but not anything about what anybody was doing.

We didn't say anything explicitly about this, but going over to the sidewalk village didn't appeal. We instead went back to the car. On entering the Lansing Center, just to get through to the parking lot, someone at the entrance said they were closing in five minutes so if we wanted to use the bathroom we had to hurry. Appreciated the warning but we were surprised that was closing so soon too. But in past years they'd held concerts or parties or such and that's obviously right out. So we went through, and unnecessarily paid for parking, and went home.

Michigan State Police later claimed something like a hundred people were involved in ``various fights'', in over ``a dozen fights between multiple minors''. And that the fights lasted for an hour. So they say.

Have some more pictures of that new bridge in town, please. 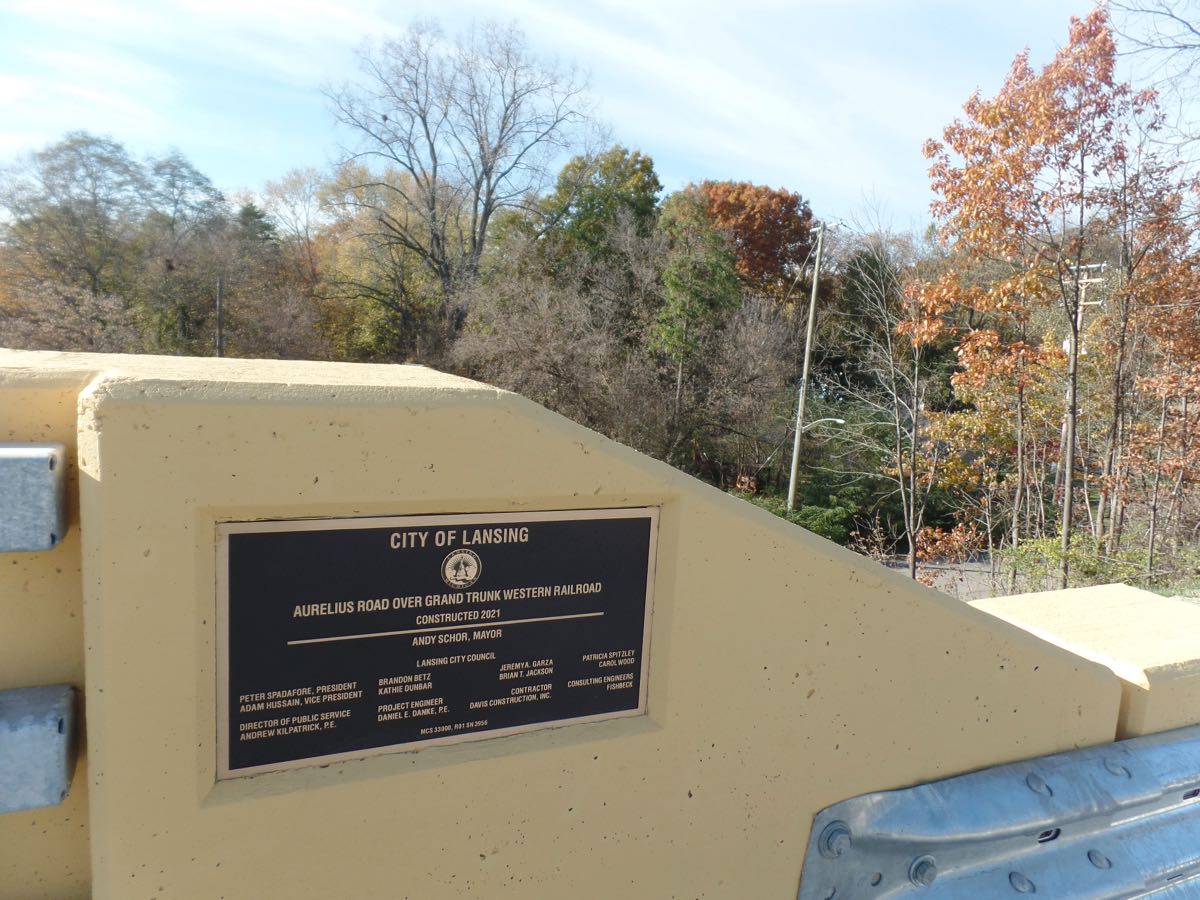 The new bridge's dedication plaque and some of the early-considering-it's-November fall foliage beyond. 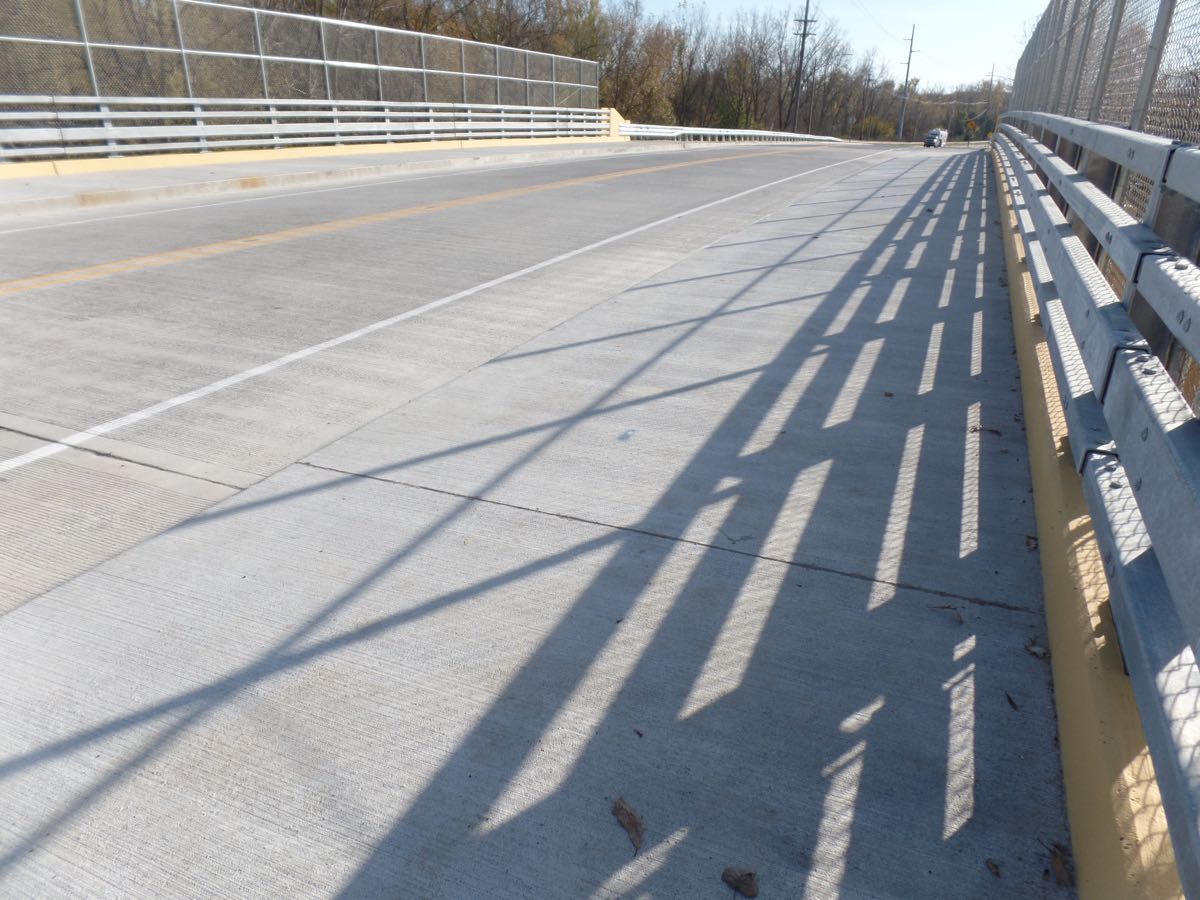 The smoothest this bridge will ever be. 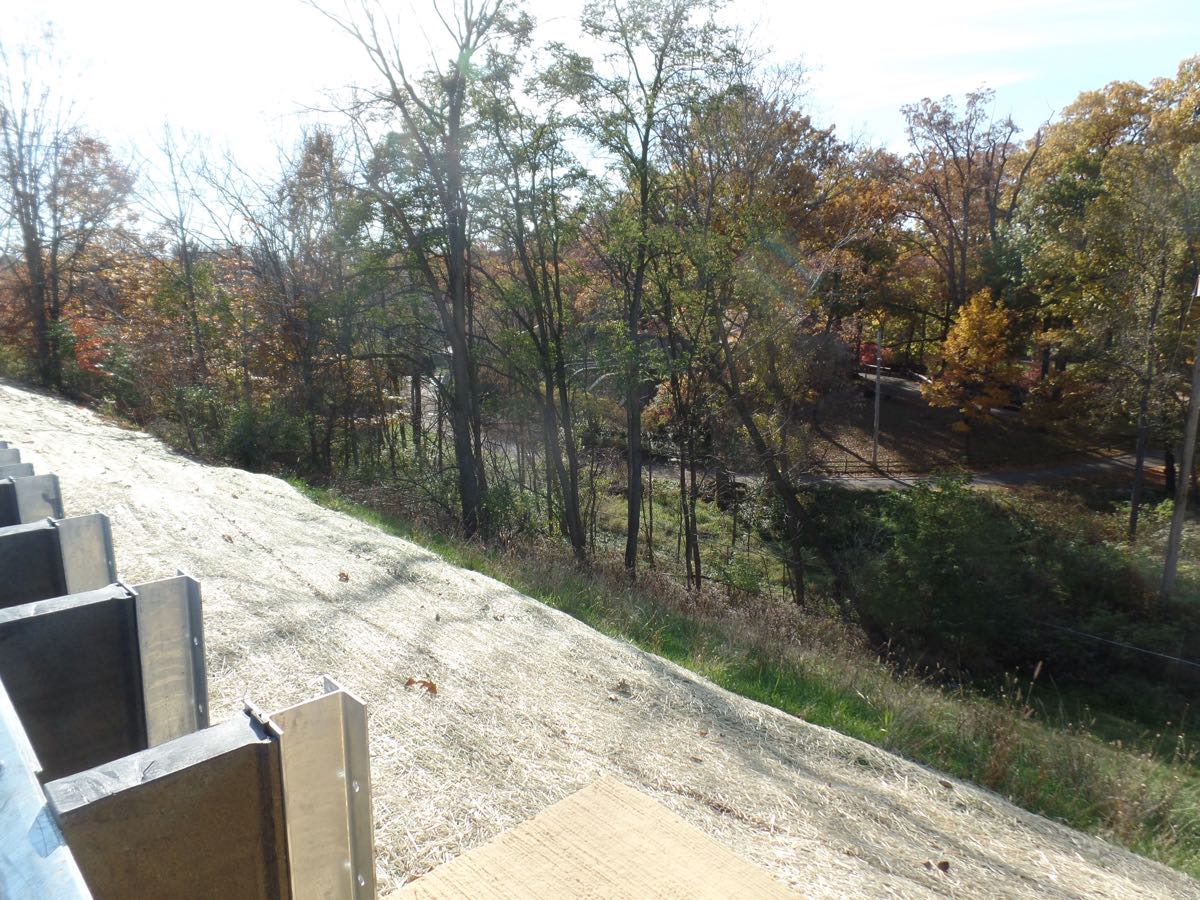 Looking over the edge of the bridge toward the Potter Park Zoo. 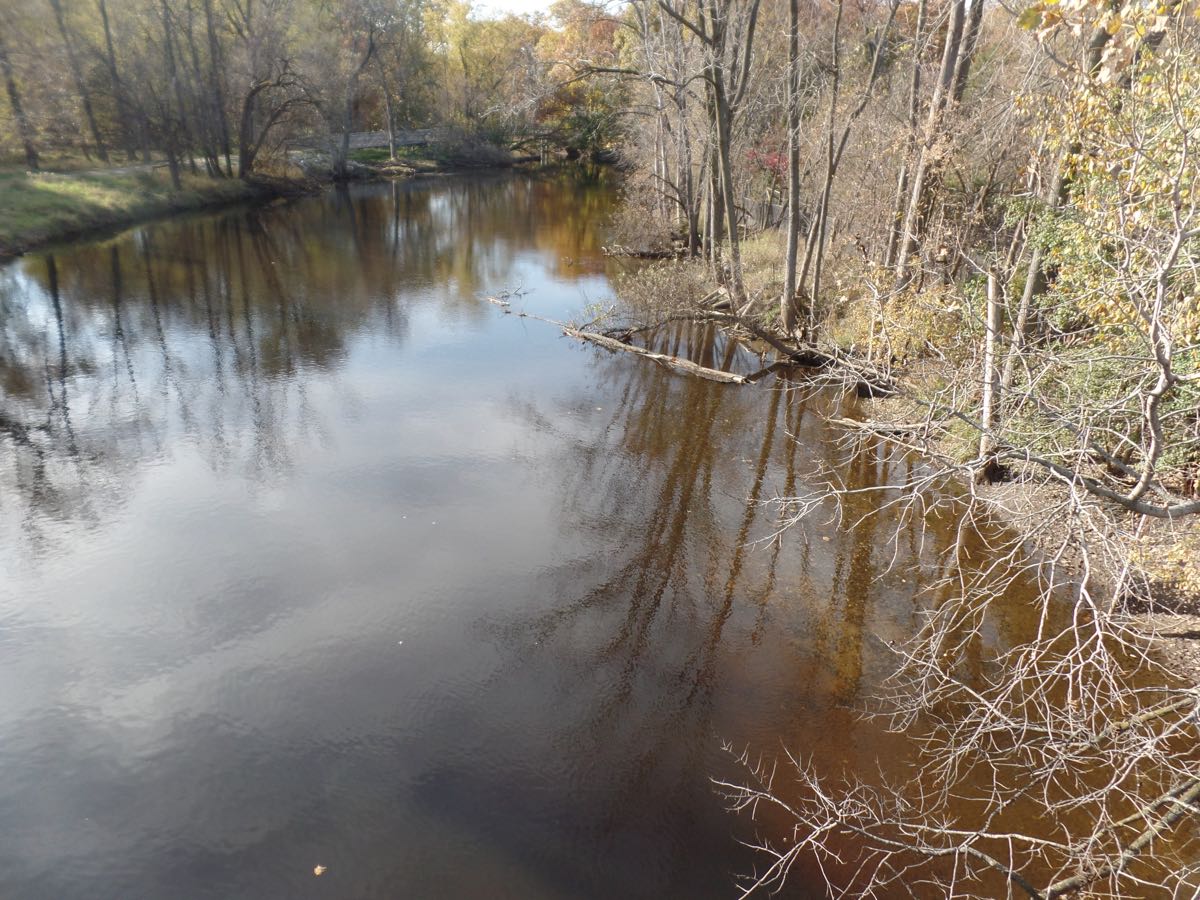 And ah, the Red Cedar River! Haven't been over you since the bridge got closed in spring. 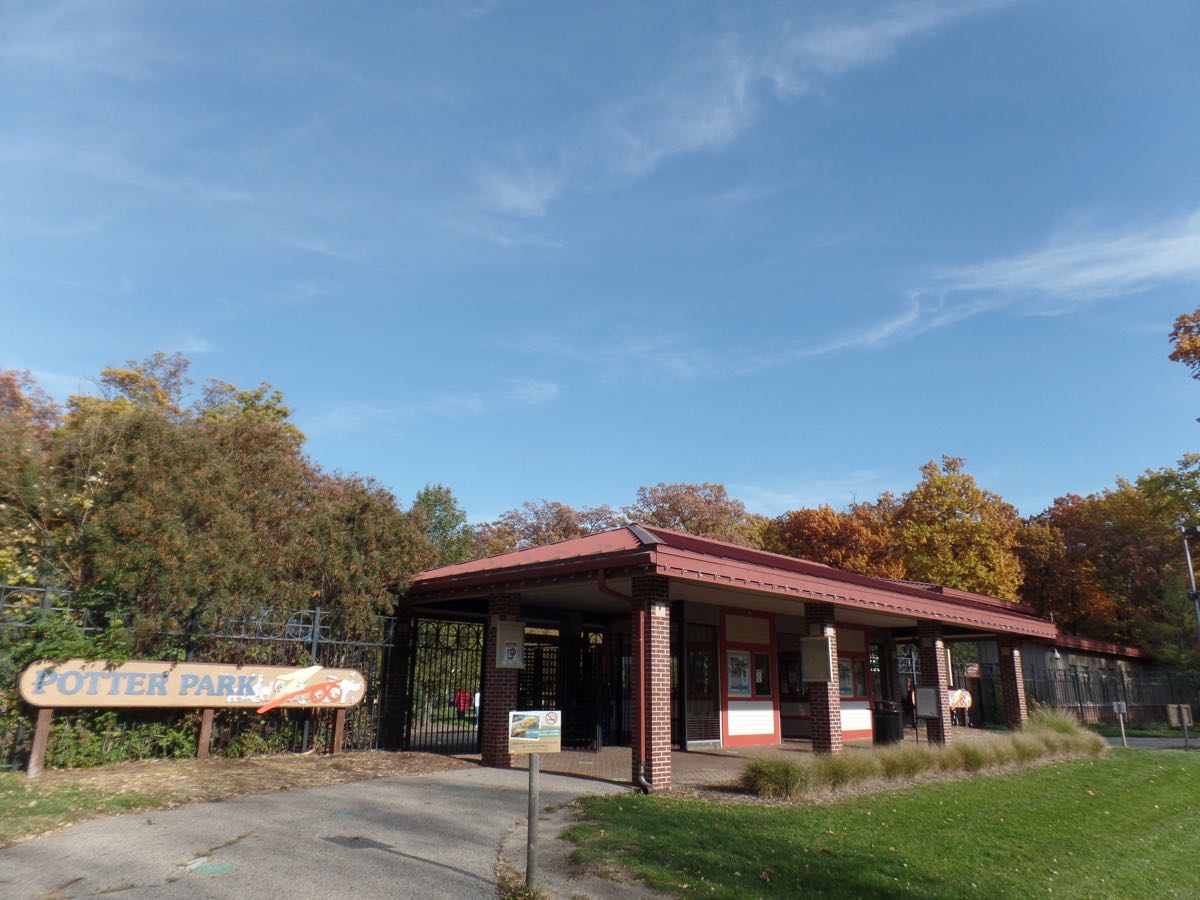 I used the chance to walk all the way to the Potter Park Zoo and back; hard to believe I once thought that impossibly far, what with how we had to go across I-496 and two railroad tracks. 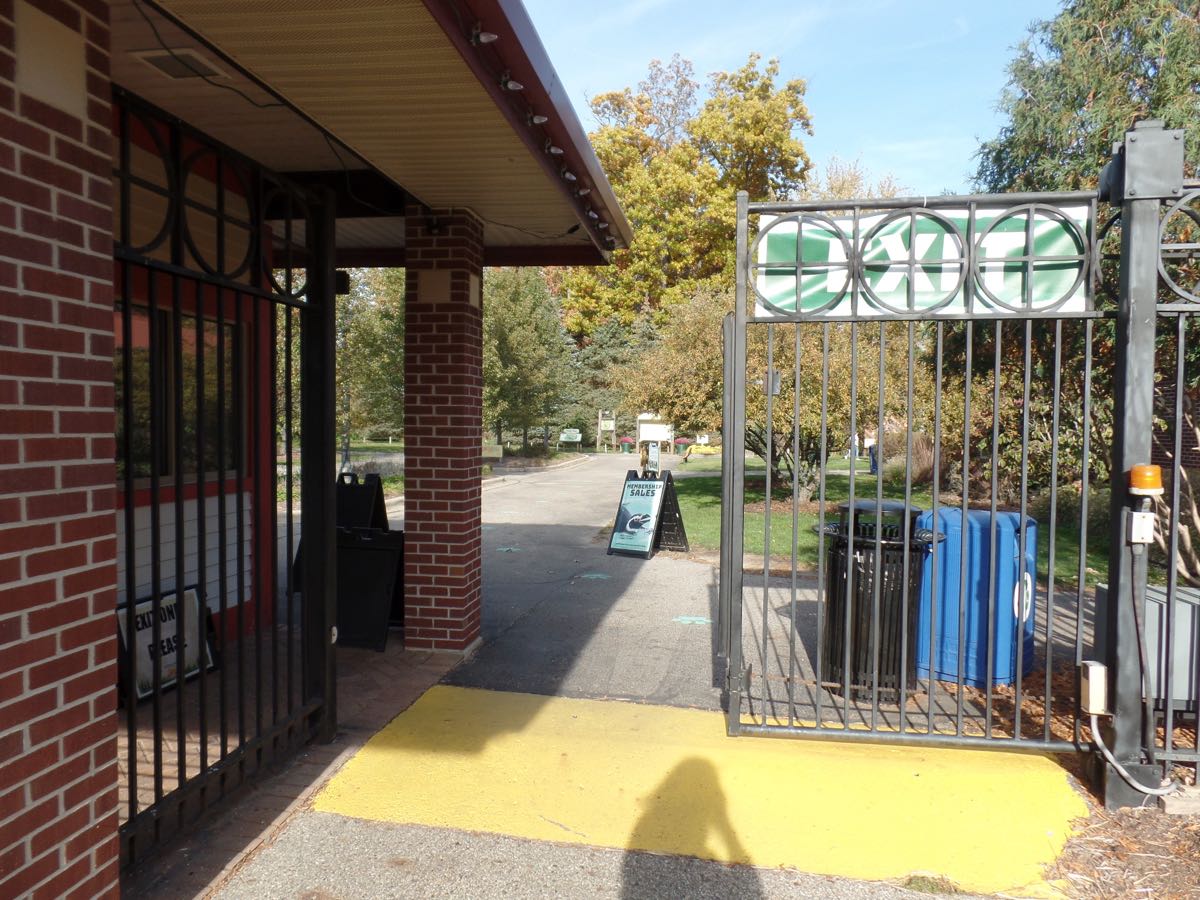 Sure is tempting me to sneak inside, isn't it?

Trivia: Franklin Roosevelt's presidential private railcar was named the Ferdinand Magellan. It was built by the Association of American Railroads and sold to the White House for one dollar. Source: 1945: The War That Never Ended, Gregor Dallas.

Currently Reading: Cartoon Modern: Style and Design in Fifties Animation, Amid Amidi. And yeah, I know, Amidi just published some nonsense (on Cartoon Brew) pushing the NFT scam as though it had any redeeming values. But the book comes from long before that lapse in judgement. So let's read up the acknowledgements and oh here's a paragraph about how grateful he is to John Kricfalusi.