My Little 2021 Mathematics A-to-Z: Inverse fills out my mathematics blog this week, after some last-minute emergency rewriting when I realized the structure was all wrong.

Let's have a bit more of that walk around to see the new bridge. 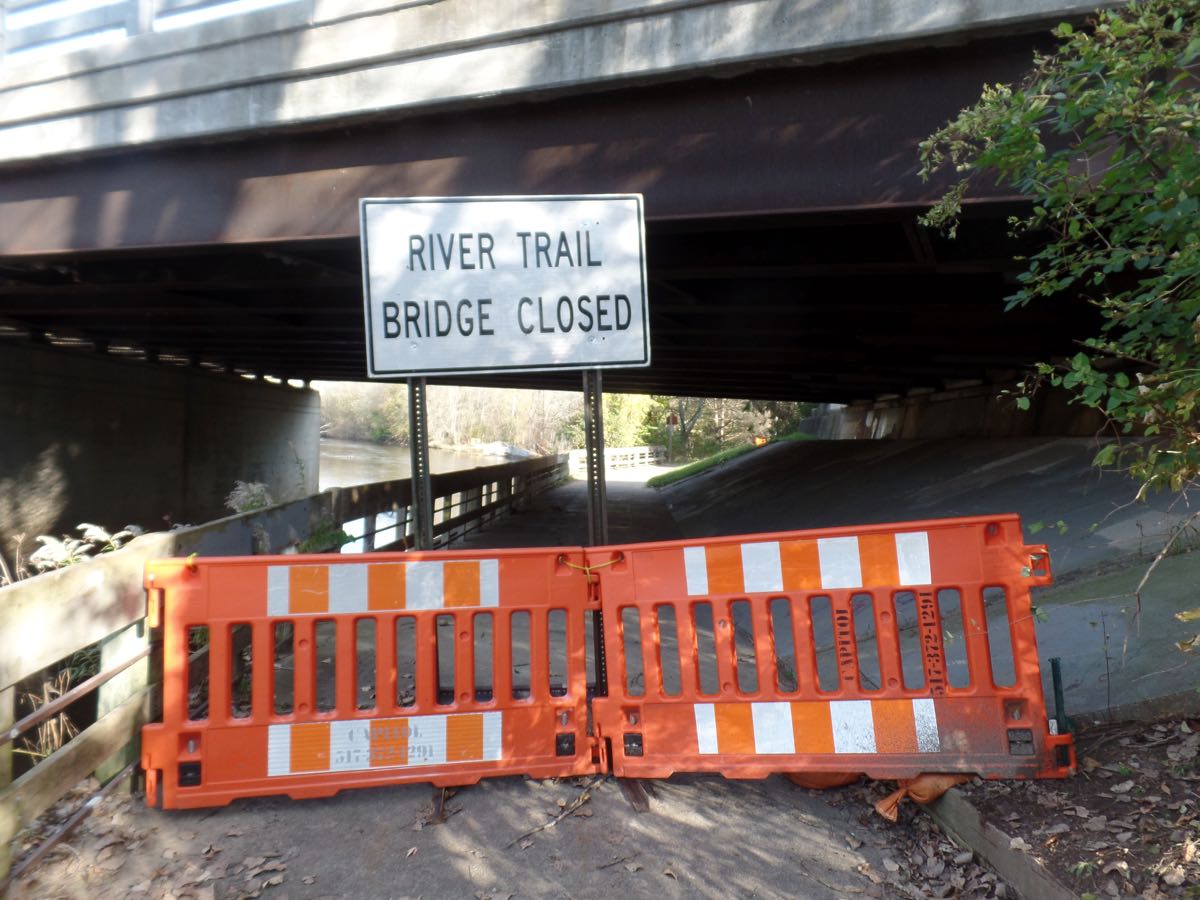 A surprise discovery on the return leg: the Krugers Landing park was closed off. 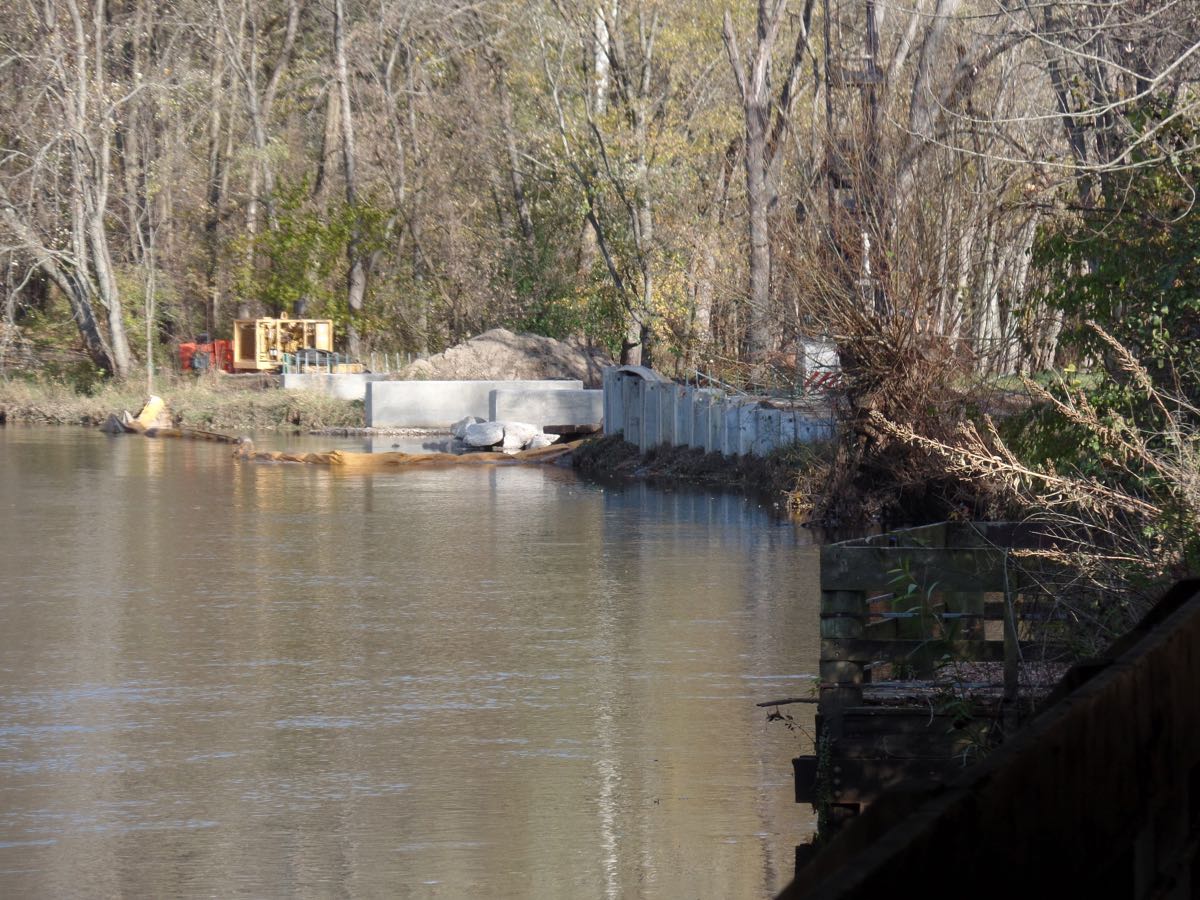 And here's why. They're replacing pedestrian bridges along the River Trail. 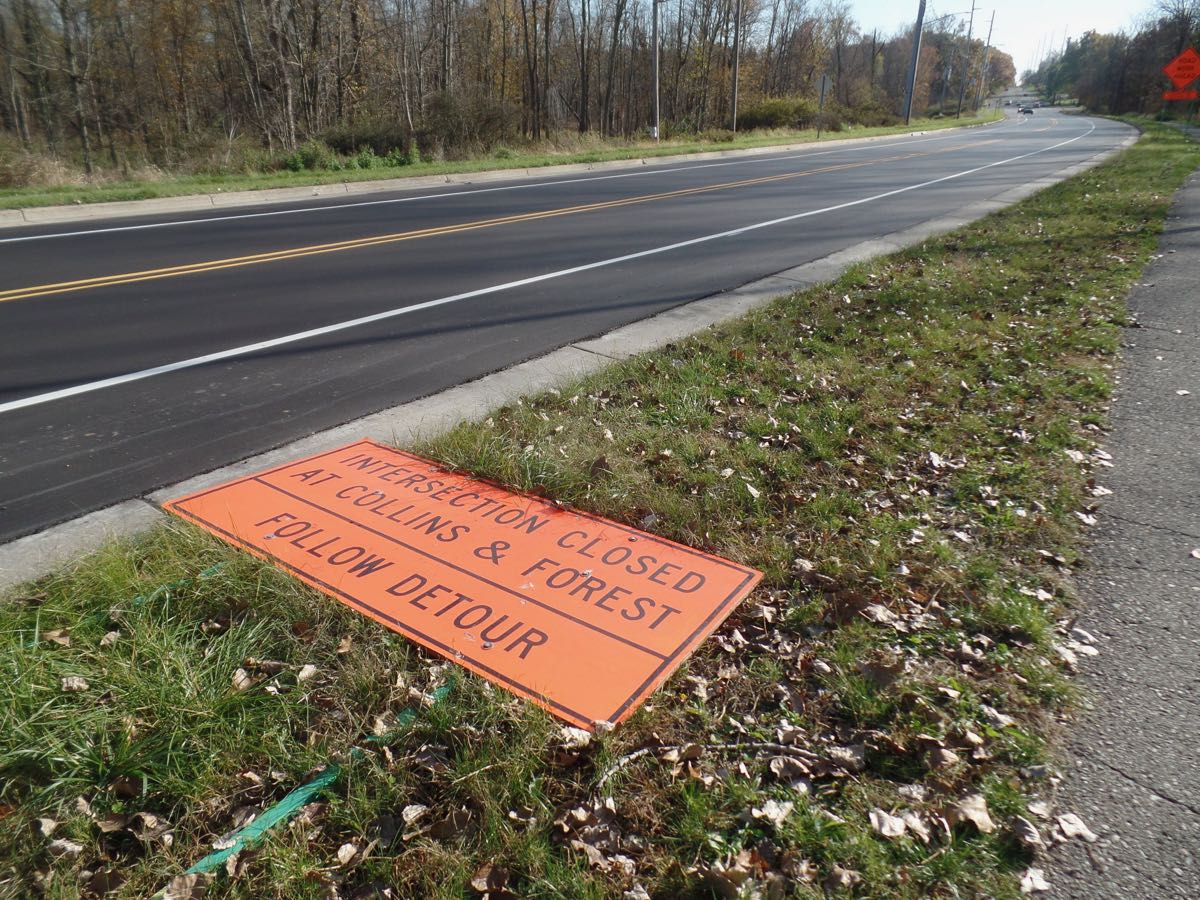 Collins and Forest is ... eh ... I guess not far from here, but it's like two major roads south and across I-496 to the east, so I don't know that this is a place where the warning would even be useful. 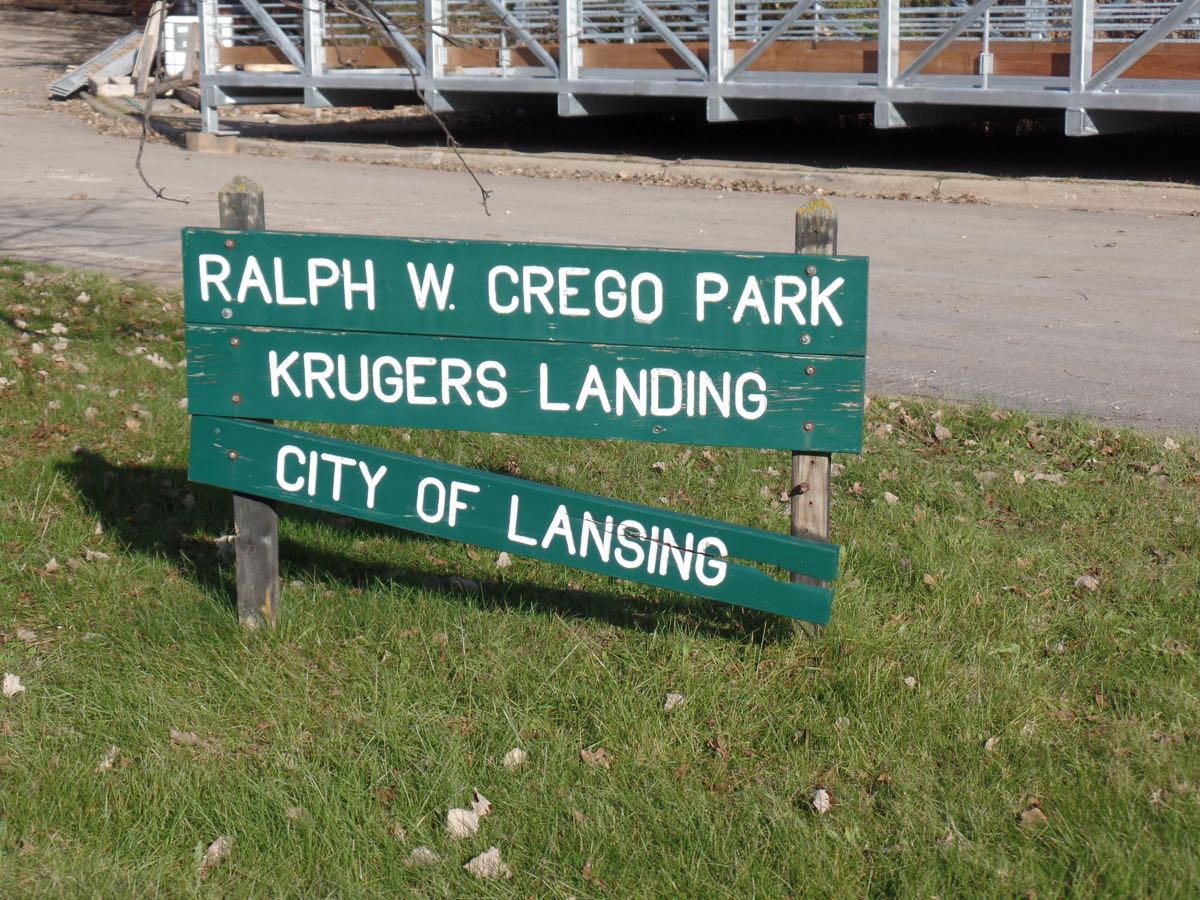 The Krugers Landing sign has taken some damage, I imagine by the construction crews. 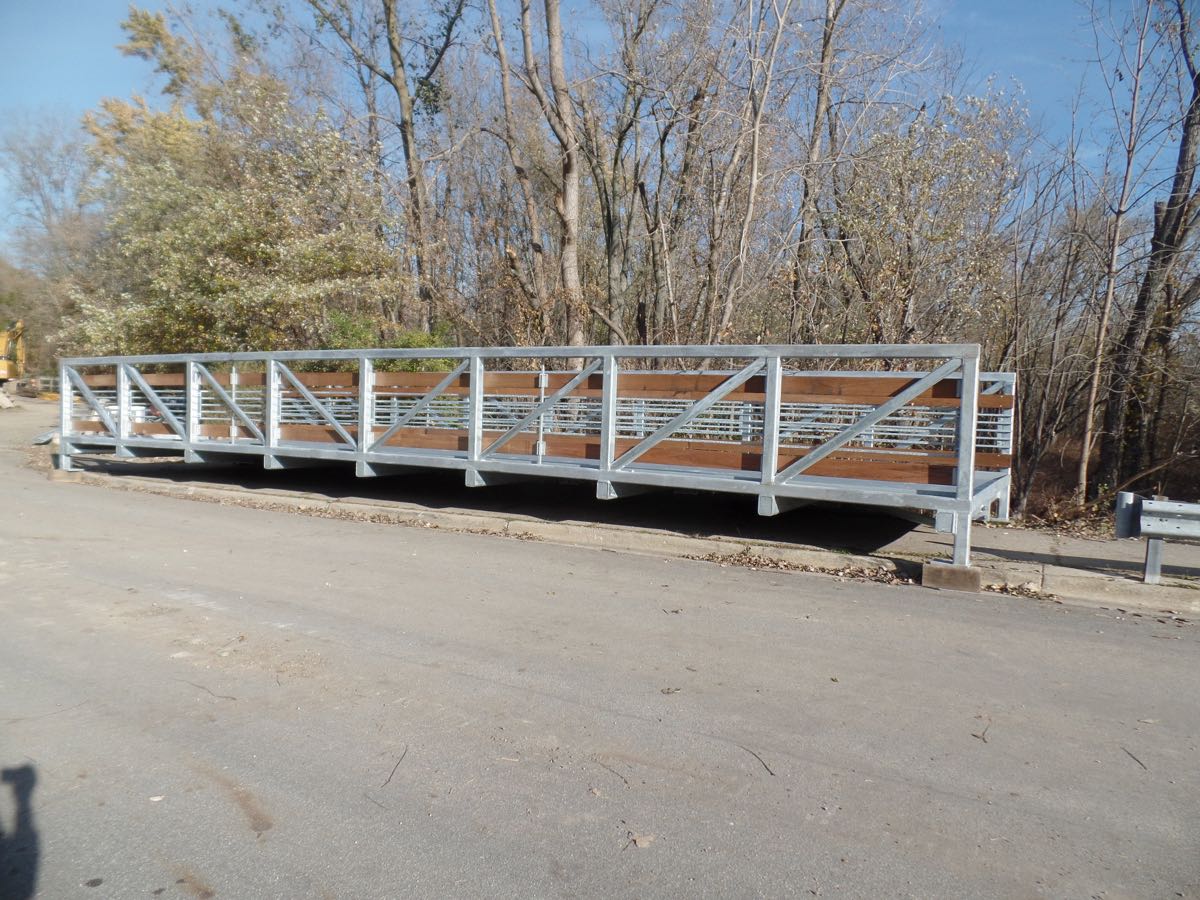 A bridge! I don't know if this is the old one coming out or the new one readying to be put into place. 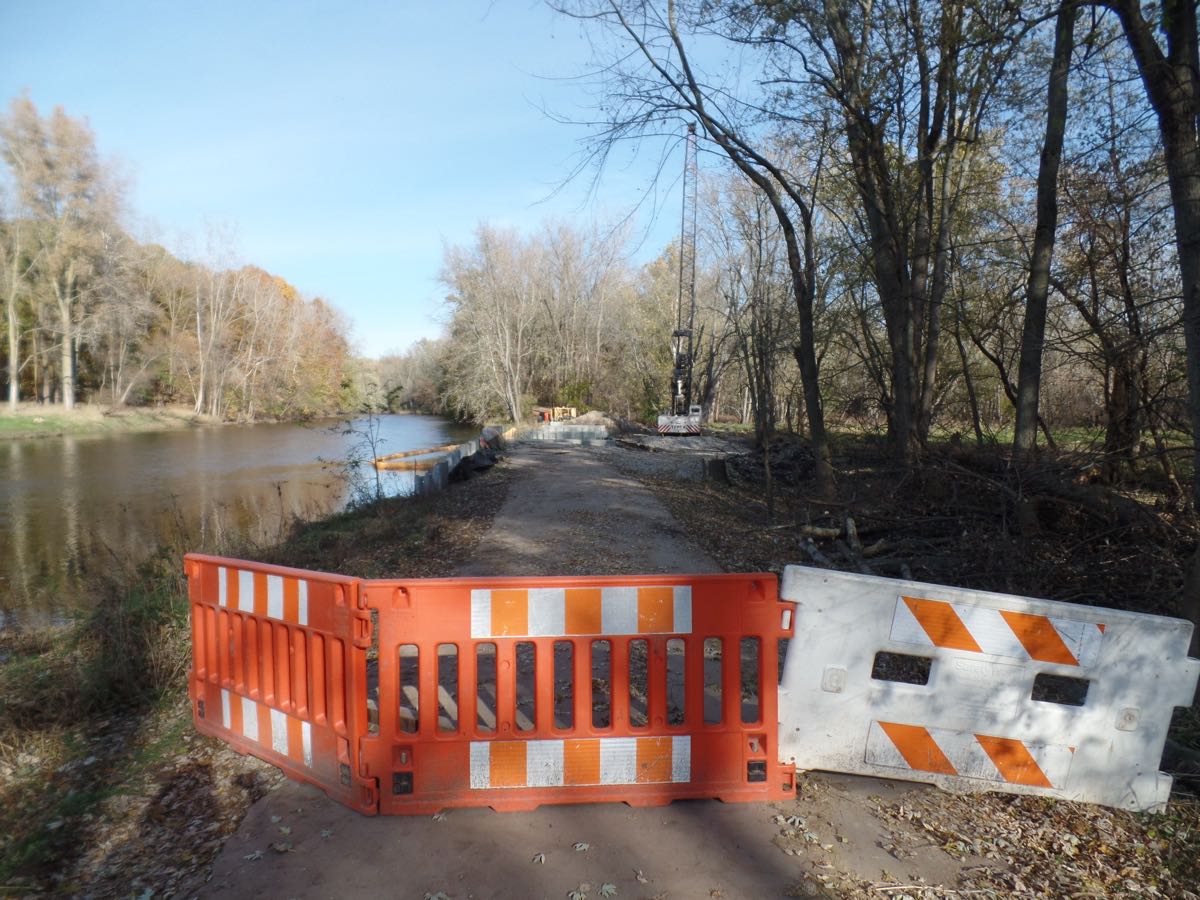 And there's where the River Trail's blocked off, so even if I felt up to it I couldn't do the three-mile circuit which I haven't been able to do since the bridge over the railroad tracks was removed.

Trivia: In 1978 Wyoming had 24 shopping malls, the smallest number of any of the United States. Source: The Grand Emporiums: The Illustrated History of America's Great Department Stores, Robert Hendrickson. (I'm inferring the year from the book's publication in 1979. There is a table of department store and mall statistics in the back and that has entries dated 1978, so this seems consistent with production times.)

Currently Reading: Cartoon Modern: Style and Design in Fifties Animation, Amid Amidi. Aw, an adorable funny entry about how the Walter Lantz studios (Woody Woodpecker) kind of tried some more modern, stylish, contemporary cartoons but it was mostly just Tex Avery's impulse and when he left after four cartoons they ran away from the concept and never tried again. Which is all accurate, yes, but it's funny to lay out like that.