So we were listening to The Flophouse podcast, the bad-movie podcast. They were doing a side episode where the gang does a tabletop roleplaying game. In this one, they're the barnyard dogs on a cartoon farm. And they have a friend along to play with them. Their friend brings his character, Dancer Silverfur, a prizewinning purebred Siberian husky with a streak of actual literal silver running down his back for reasons he can't explain --- or can he? --- and a bunch of scenarios by which he could put the farm's kitten into feigned danger. And we're listening to this and saying, ``OooOOOOOoooOOOooooh, I know something about your frie-end!'' Anyway if you want to hear a couple guys warming up to their friend's BaltoMuck character, here you go.

And, all that said, here's some more Silver Bells pictures to enjoy. 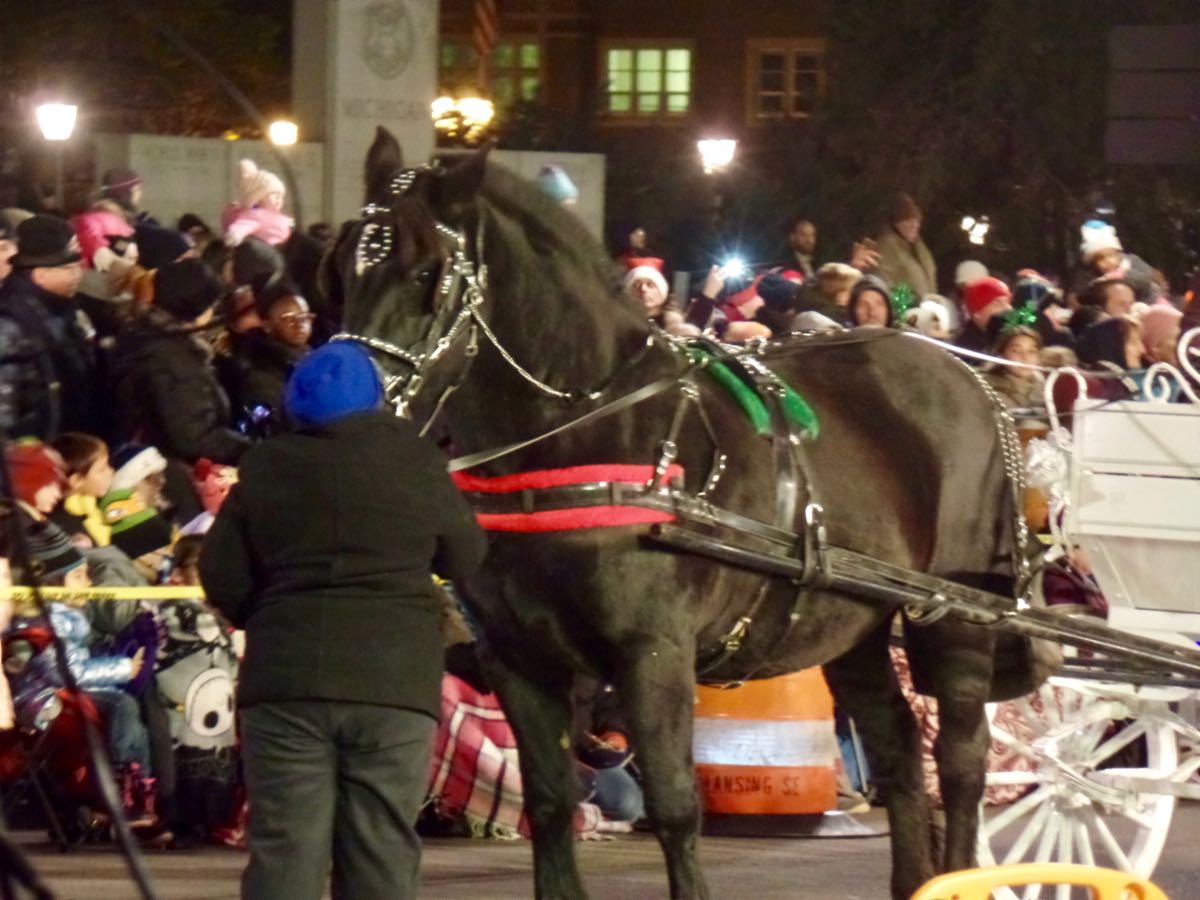 Horse pulling one of the lead coaches, I think for the family that donated the tree. 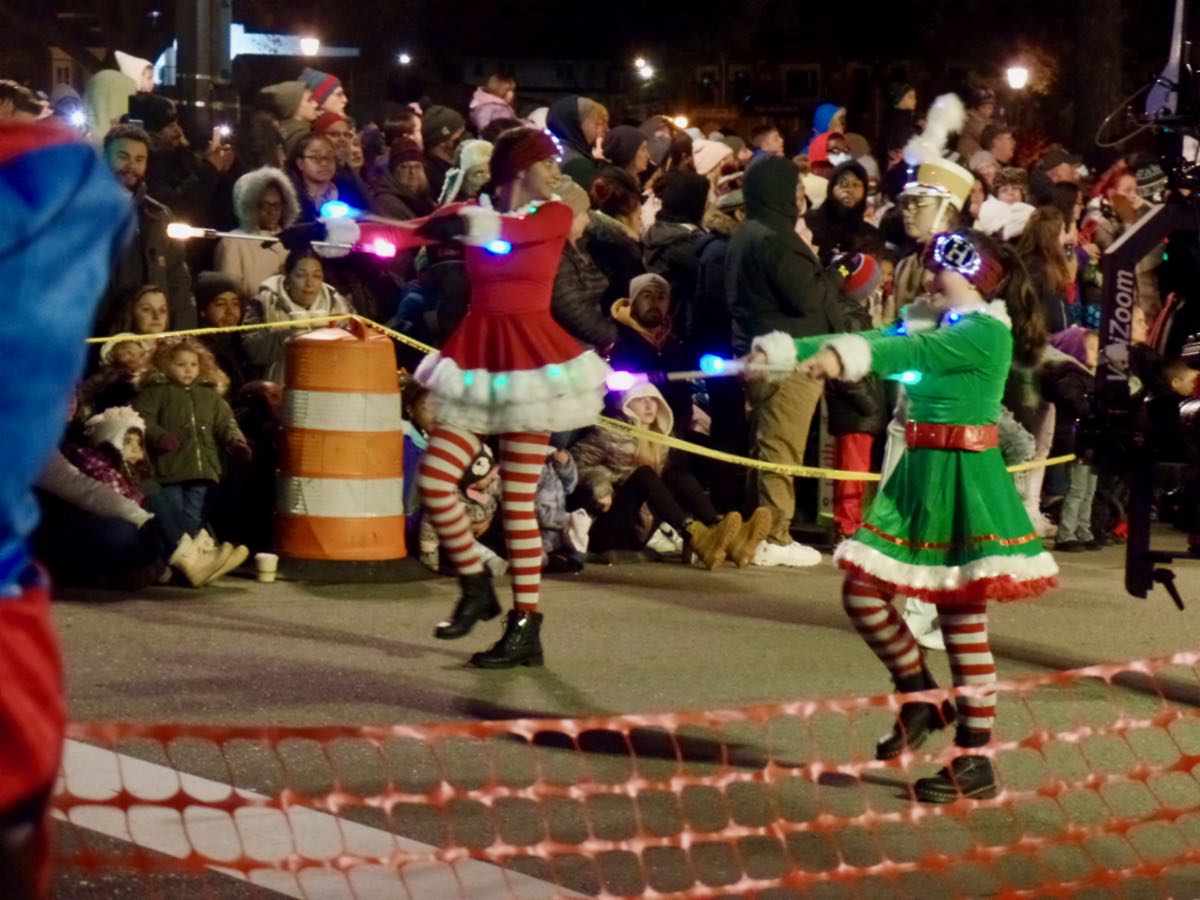 And now the parade gets started, with the first of the marching bands, this one I think from Holt. 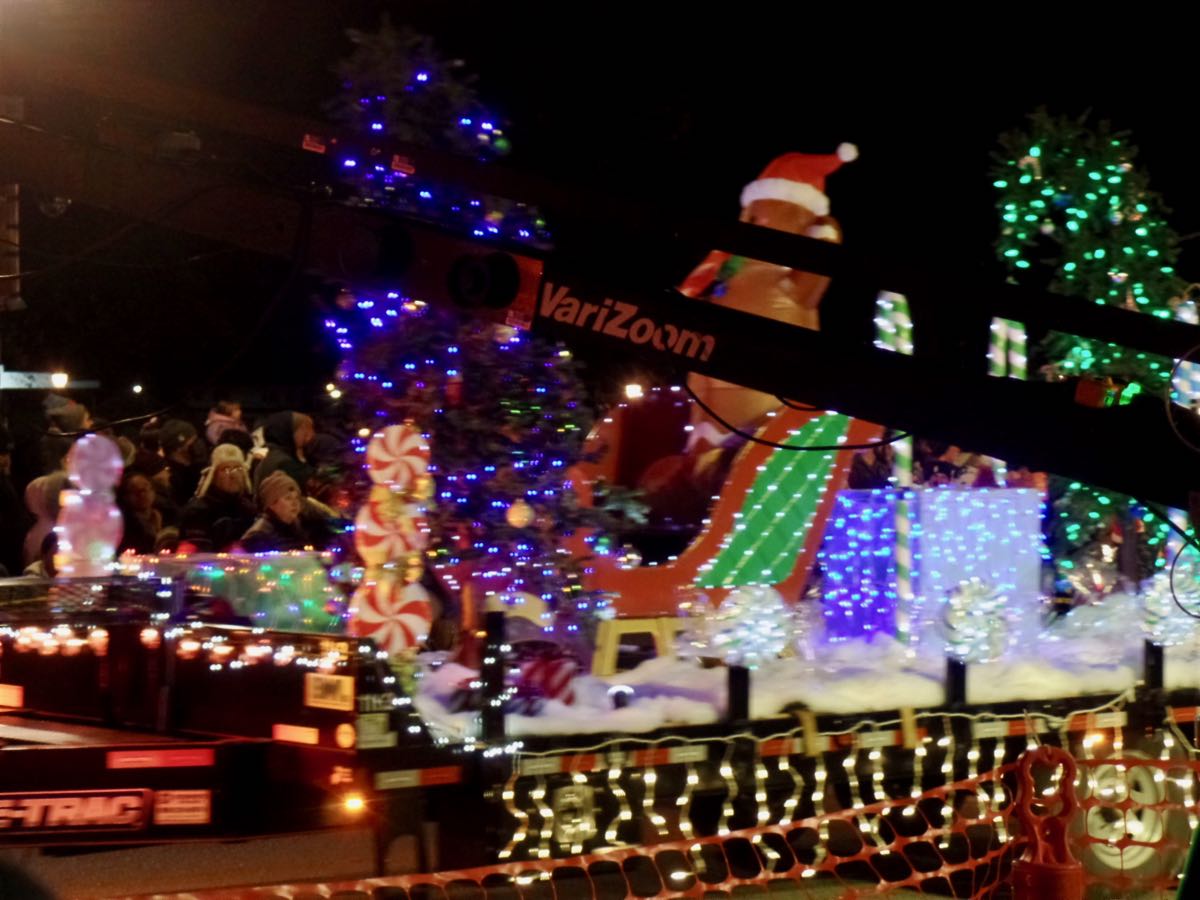 The electric lights get started on the floats, although we did have the traditional problem with the TV camera. 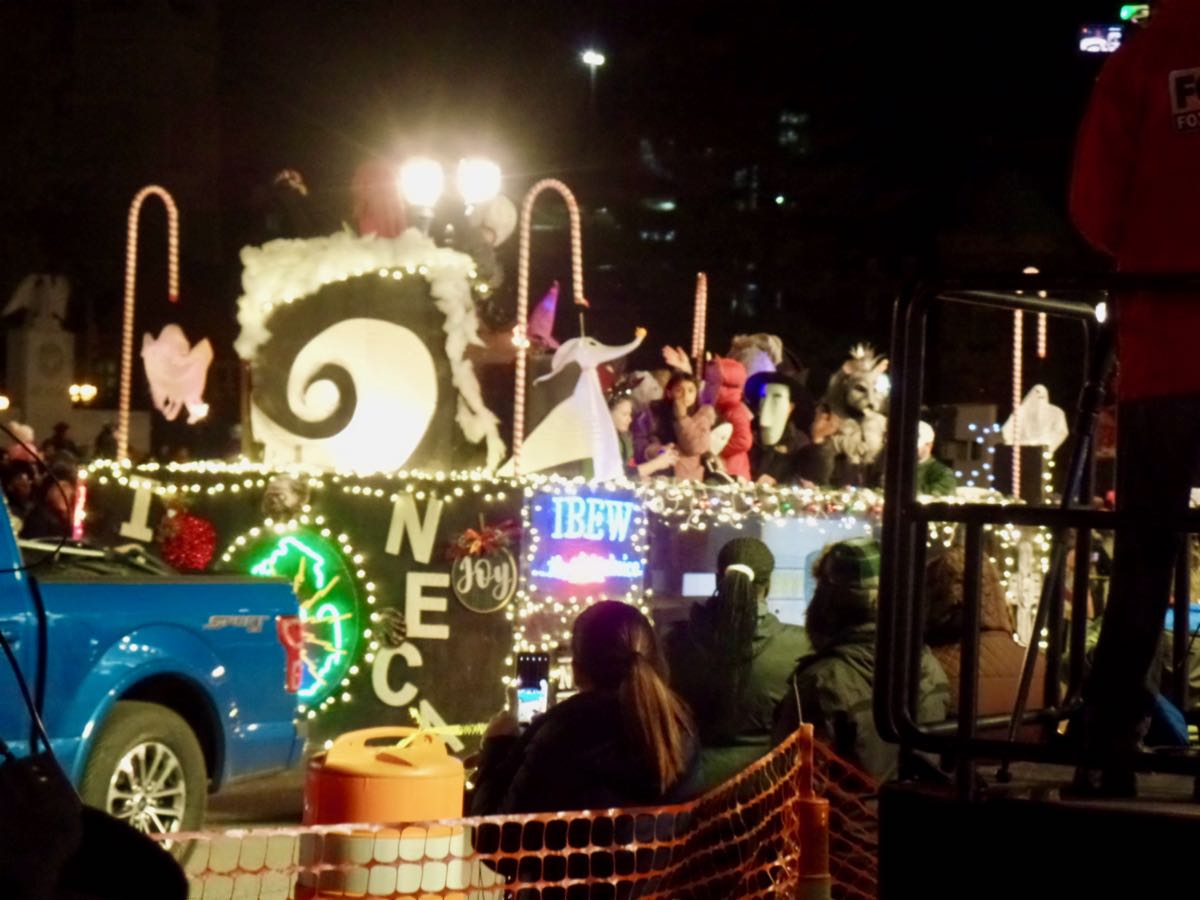 IBEW did a float themed to The Nightmare Before Christmas, either casting their vote in the question whether it's a Halloween or a Christmas movie, or deciding there's no Halloween lights parade so they have to do what they can. 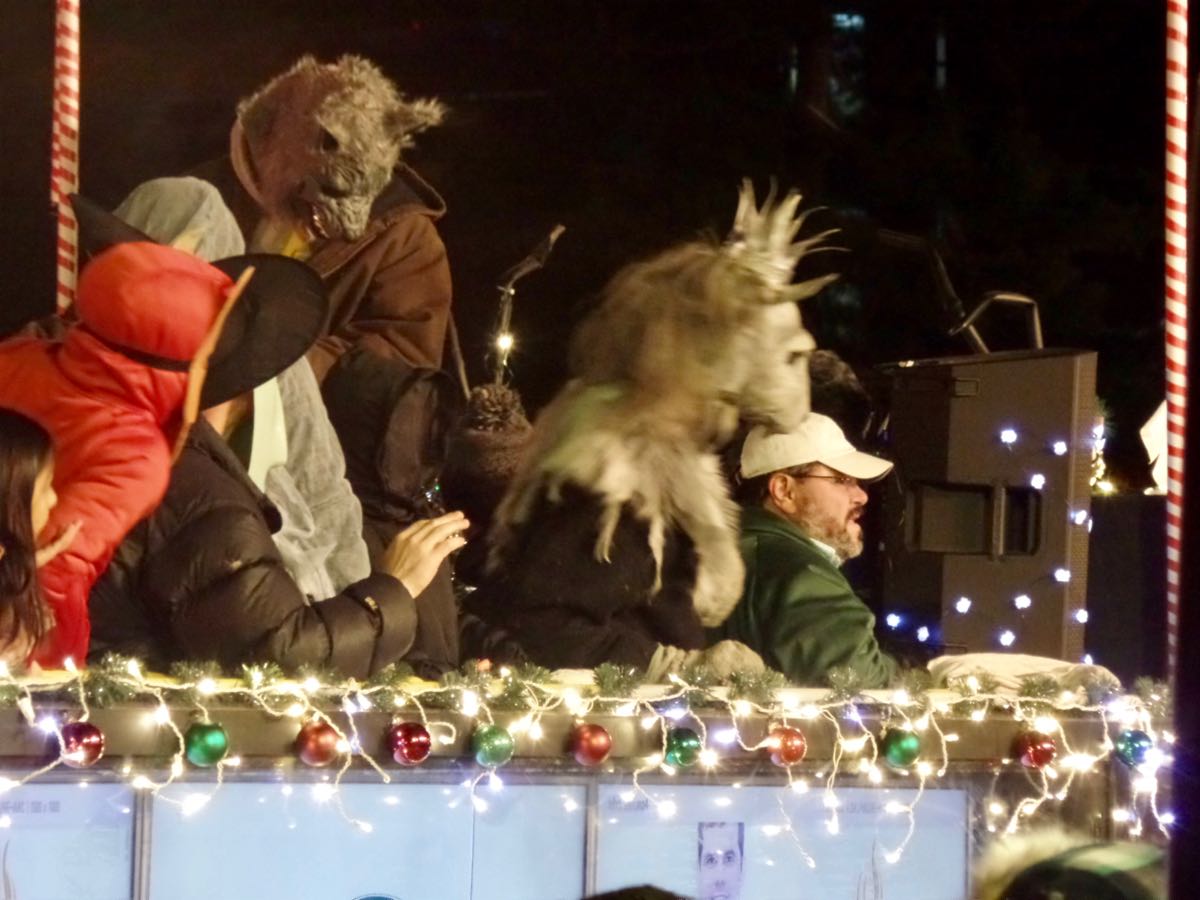 IBEW's Nightmare Before Christmas float had the Rat King from the Nutcracker for the reasons. 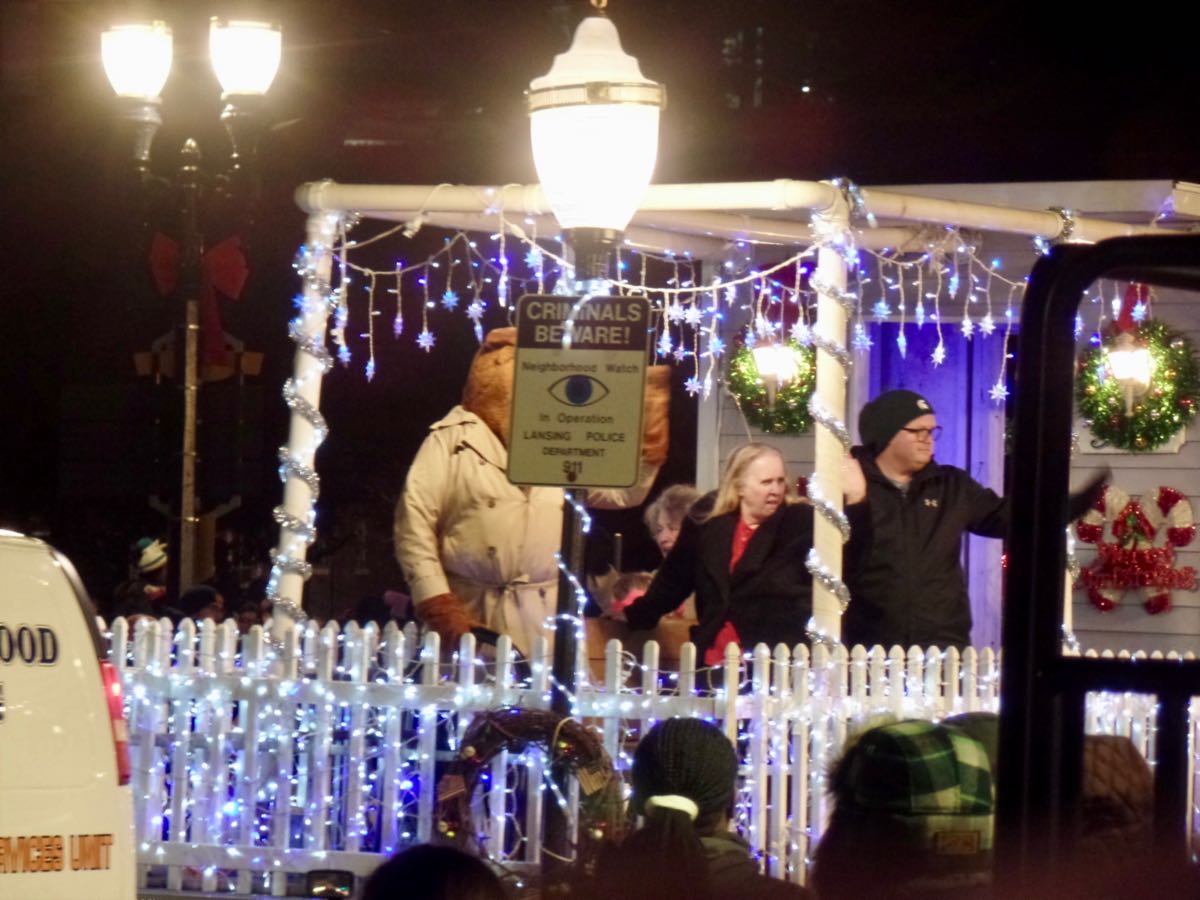 Trivia: The tenth month in the Ancient Egyptian calendar was Payni. Source: Source: Mapping Time: The Calendar and its History, EG Richards.

Currently Reading: If Then: How the Simulmatics Corporation Invented the Future, Jill Lepore. Strange that a bunch of behavioral researchers with dubious understanding of statistics, using computers they had a dubious knowledge of, applying dubiously-reasoned models of human behavior, on data gathered under dubious conditions, by people given dubious training, weren't able to calculate a way for the US to win Vietnam. And I'll move right past the modern assault of Algorithms on our sensibilities, to thinking of this: Foundation AU where the psychohistorians don't realize their calculations are great but their underlying data is garbage and their model of human behavior is even worse. (Challenge is how to keep that from just being yet another ``the protagonists of your favorite series are jerks, actually''.)