Our kitchen sink had been leaking. Mostly it was a little thing, a bit of water seeping out through the washers when we ran the dishwasher. But it was getting worse, letting a lot more water seep out. And seep out when we weren't washing anything, or even when we didn't have the water on. A few months back we asked a plumber to fix it and they said it'd be cheaper to replace the whole fixture. So a couple times we went to hardware stores, took pictures of fixtures, and figured we needed to take measurements of things before we could be sure we were buying something right. Big thing is the windowsill about eight inches above the sink level makes an obstacle that any tall spigot has to clear, but really anything is good as a reason to postpone doing anything.

Then the faucet picked up a steady drip - drip - drip. Only turning off the hot water at the cutoff stopped it. And that threatened to drive us both to madness. It did drive

bunny_hugger to the hardware store to buy one of the fixtures I'd photographed, and me to call the plumber to have them install it. So that's what they were doing today, from noon to a bit after 1:00, while I shuffled around awkwardly and dusted things in another room. And now we have a new fixture, with the old and a bit chipped ceramic handles replaced by new chrome ones that will never look this good again.

The one thing they couldn't do: find the adaptor so that the end of the spout fits our portable dishwasher's intake hose. We'd warned them about that, and also had washed everything so we'd have as much margin as possible. But the plumber took photographs, to ask back at the office if anyone had the right-size adaptors. And showed me how easy it was to take the aerator off the end, in case I found an adaptor of the right size. Turns out an adaptor of the right size was easy to find, over at Ace Hardware. So we've got everything in as good a shape as we could hope.

Let's advance a little more through the Silver Bells parade. 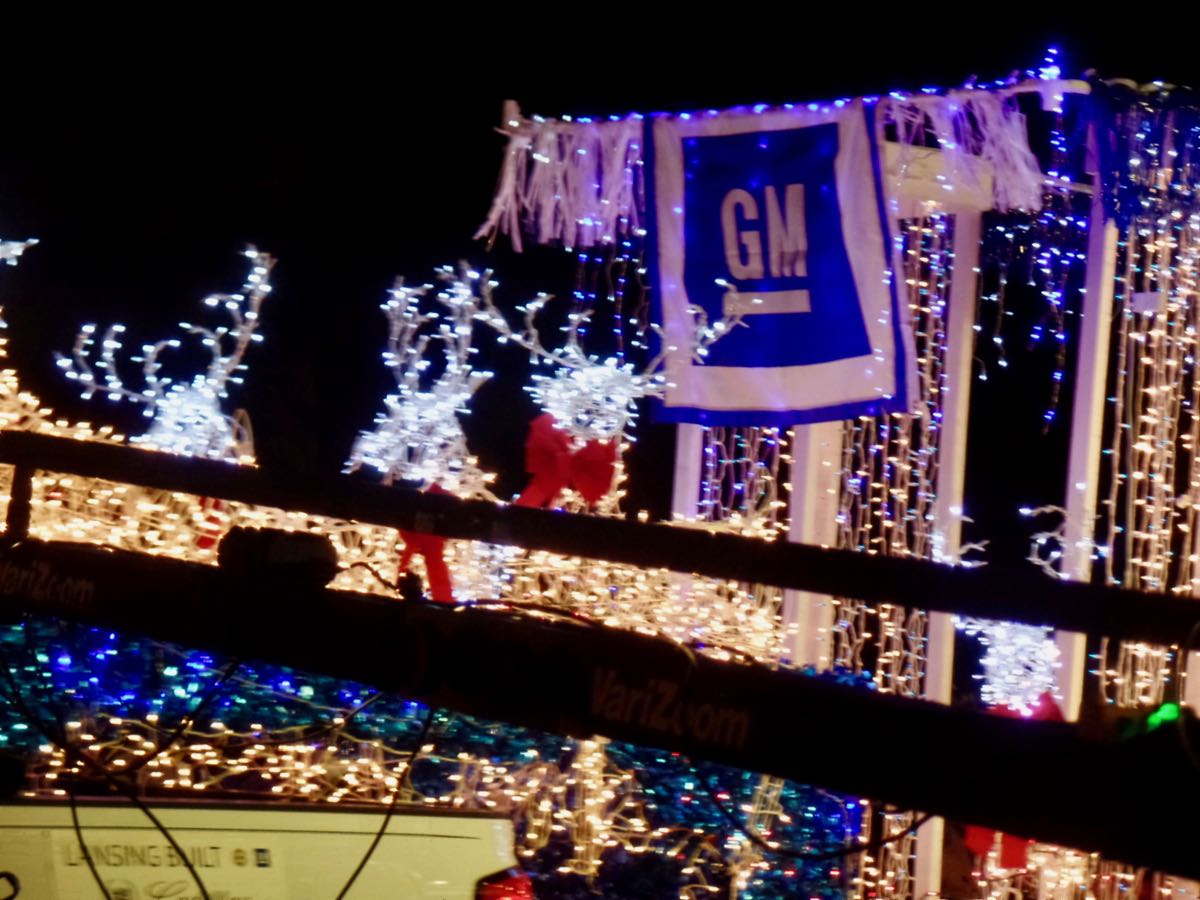 General Motors had a float that, I promise, featured the Eight Flying Reindeer, even though those are no specific motor of any kind. 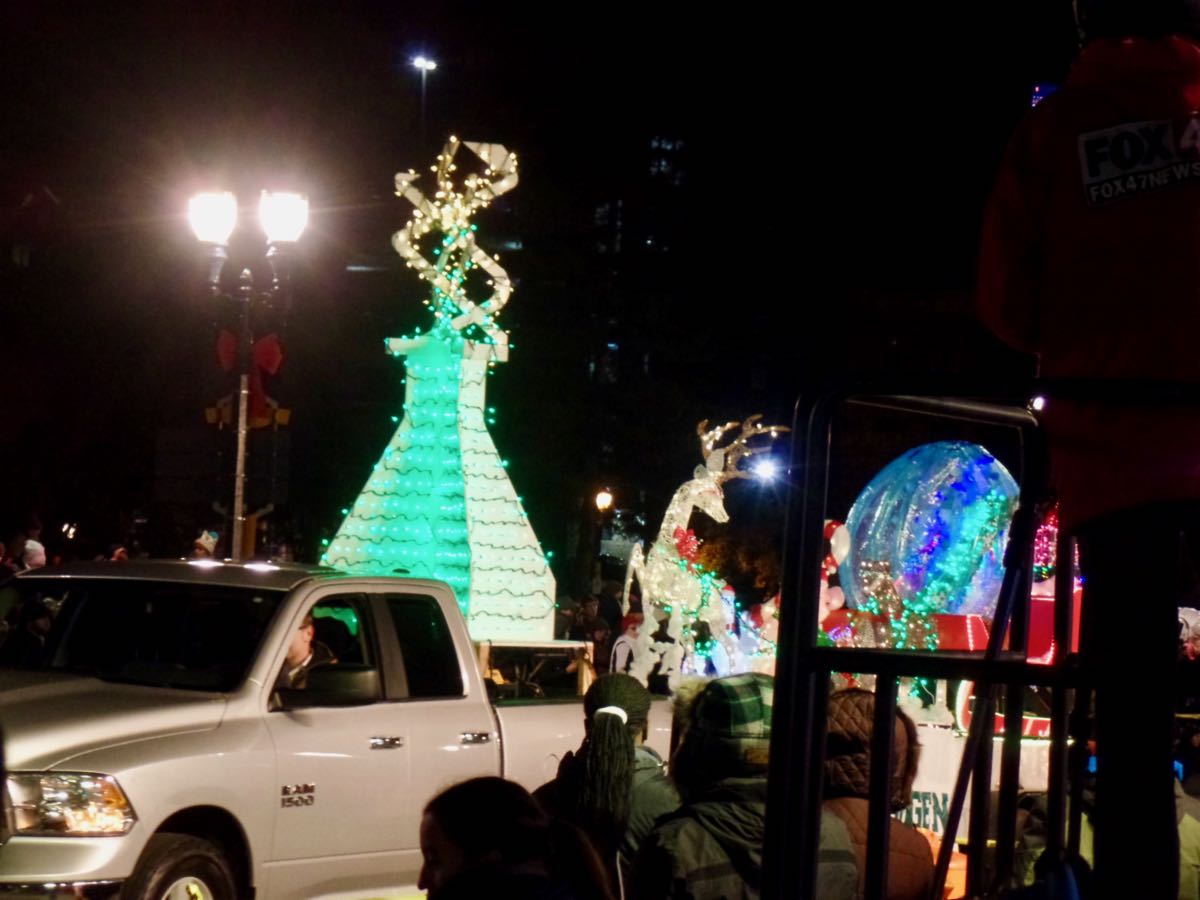 Mind, there'd be a lot of sleighs and Santas over the night. This is the Neogen float, representing the mysterious company that has an office down the street in a former elementary school. The parade emcee said they had something to do with food safety testing? 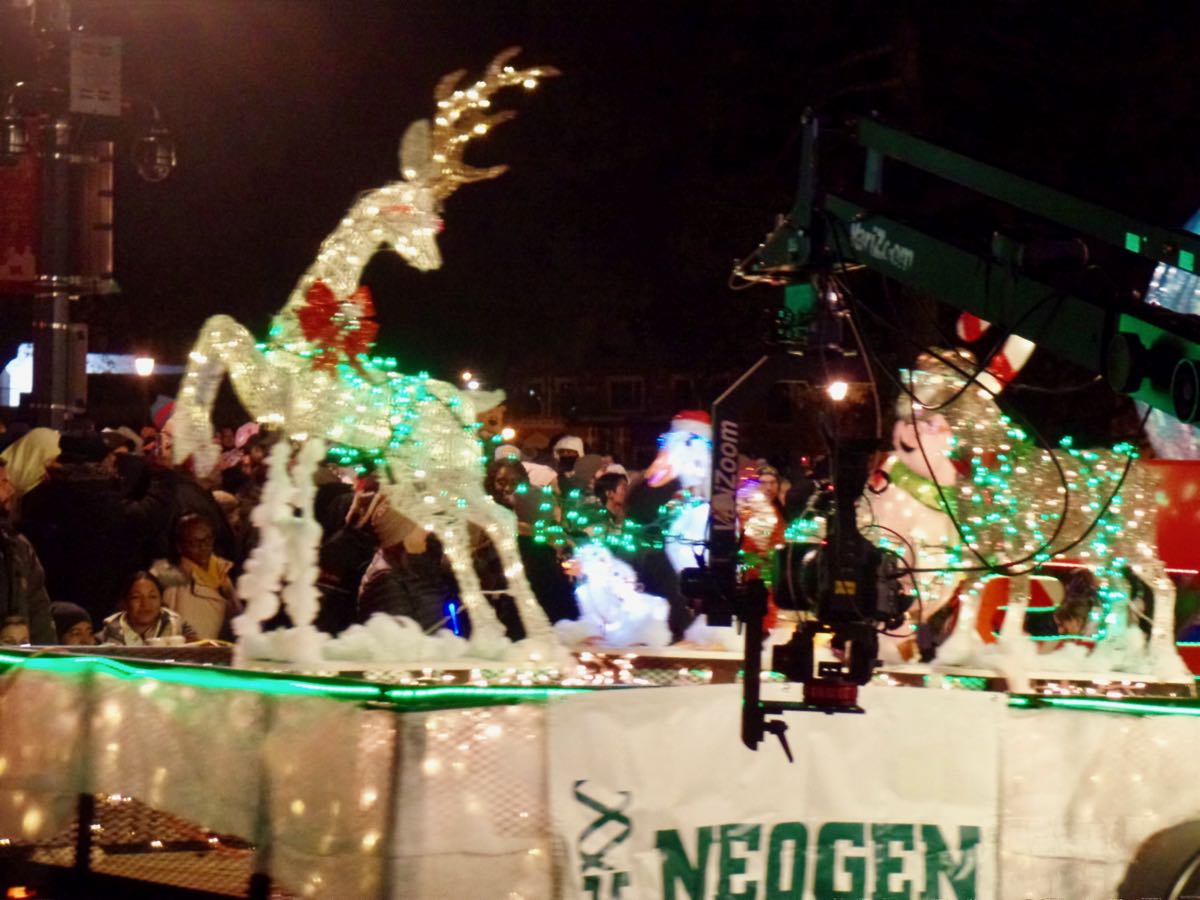 Better view of the reindeer side of the Neogen float, but again, good luck guessing what they do for money. 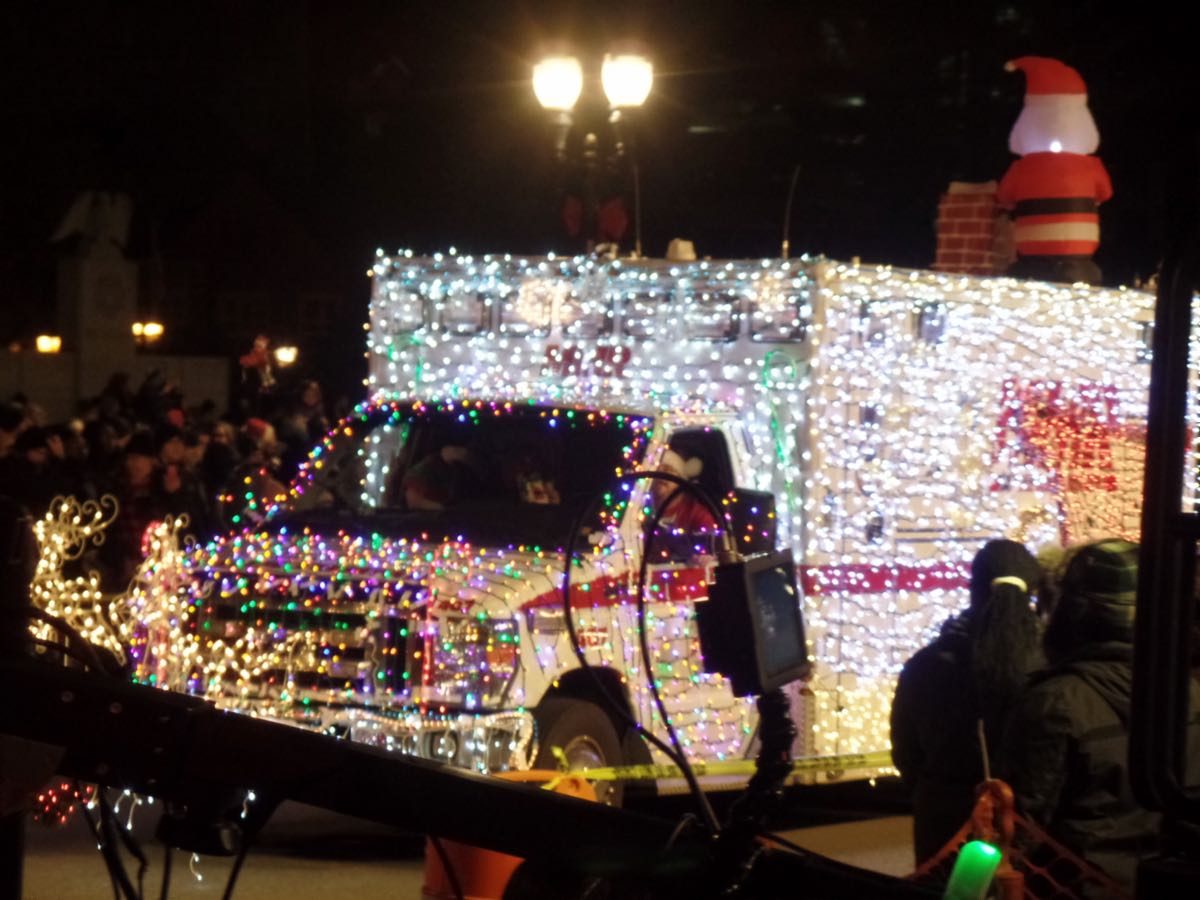 Ambulance covered in lights. In person, I noticed where they had the lights taped around the door so the driver could get in and out without assistance. 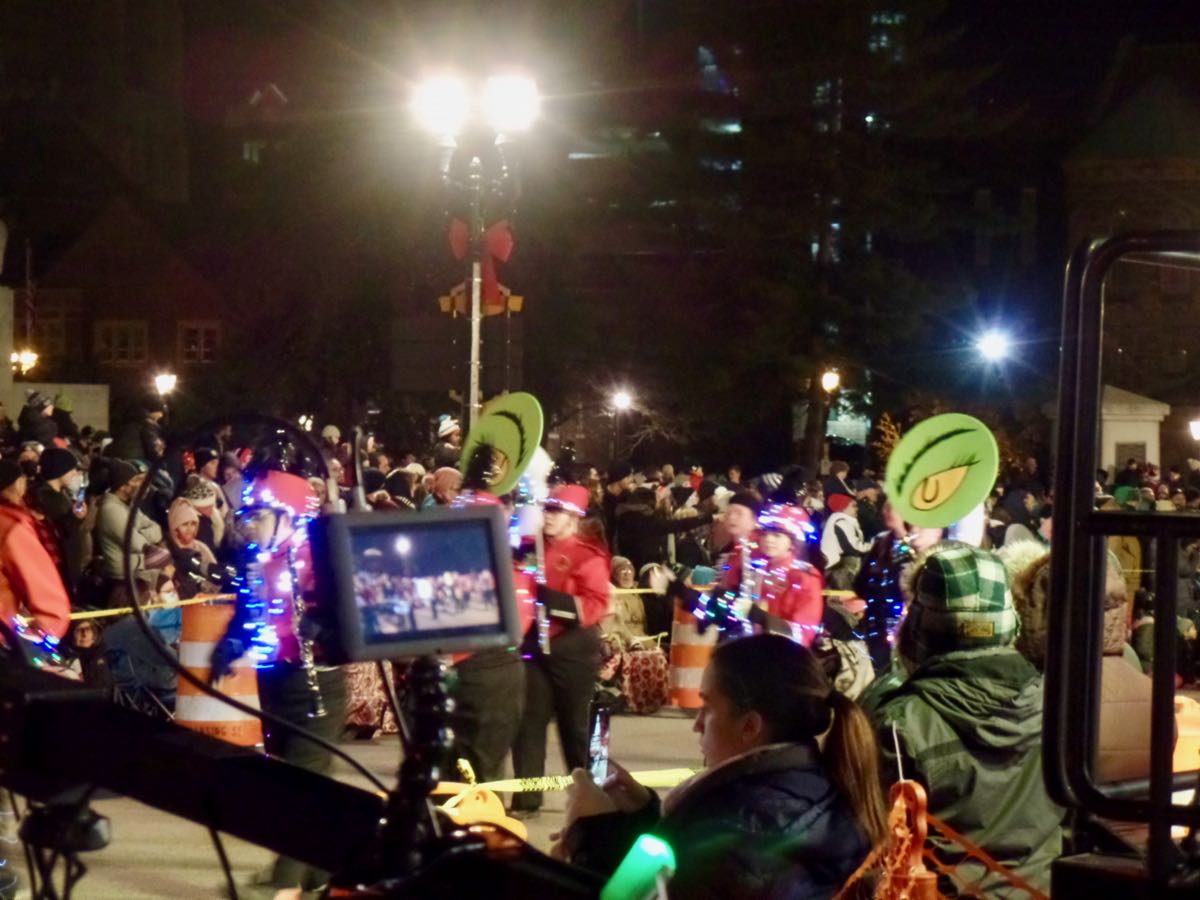 And here's a marching band, in all probability not playing Jingle Bell Rock, but having some dragon eyes on the tubas for the reasons. Also, caught being caught on TV! 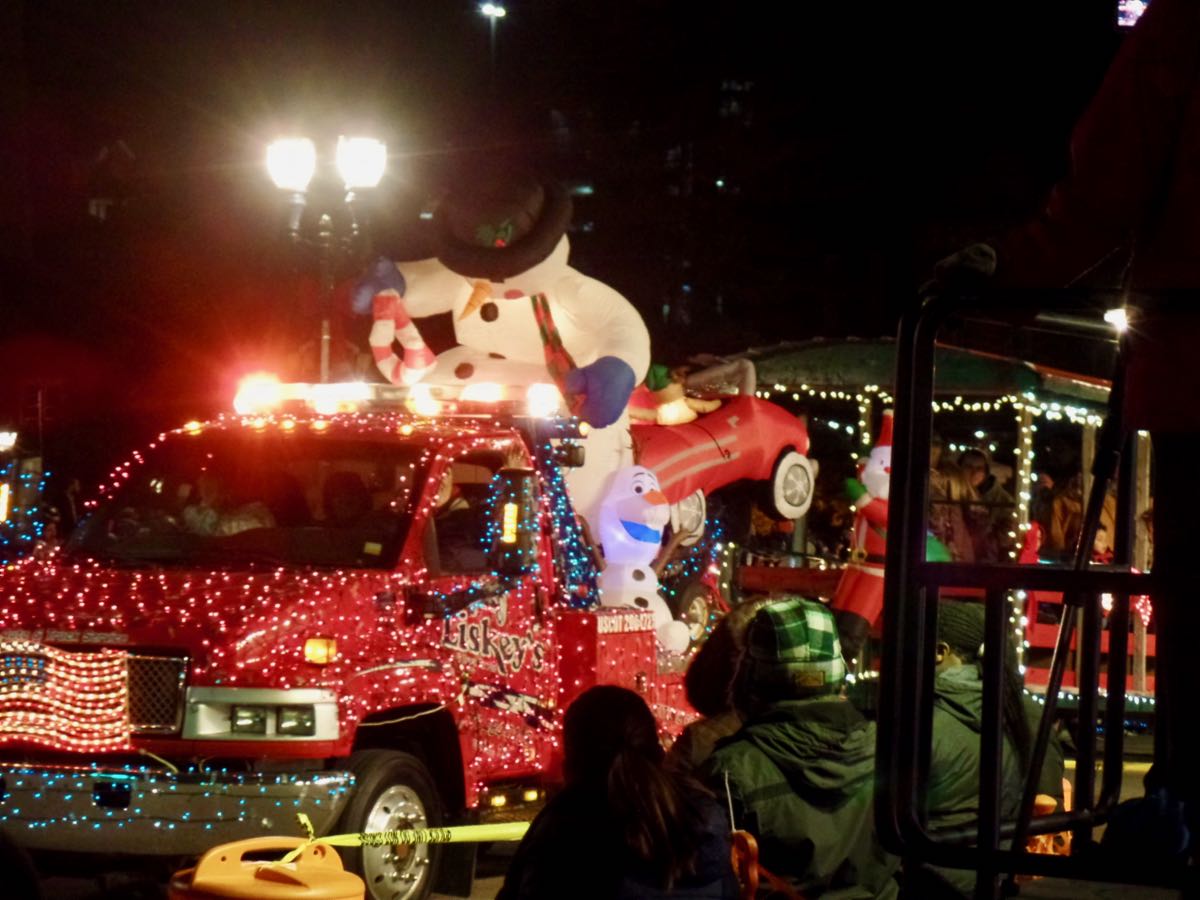 Currently Reading: If Then: How the Simulmatics Corporation Invented the Future, Jill Lepore.

PS: My Little 2021 Mathematics A-to-Z: Convex, trying to say something complex about the simplex.